The last of the Ushabtis... The road to Adepticon begins again. 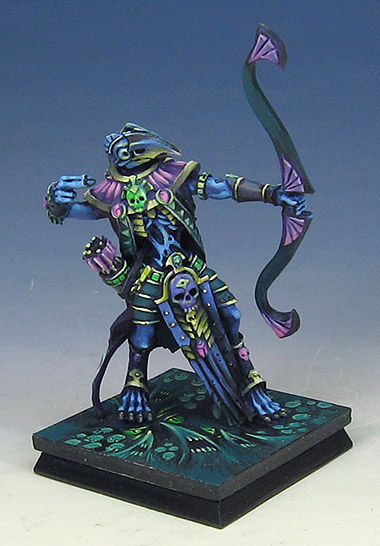 Well, on a sad day in Wappelville, we have some Tomb Kings to reflect on one positive thing.  The Adepticon Warhammer Fantasy Championships have been expanded to 2400 points, which has allowed me to try and squeeze in some of the more interesting converted and scratch sculpted pieces into my army.

In fact, the Ushabti would be the only part of the army that is not scratch sculpted or massively converted.

I am tempted to include them, since they do look nice, and they have a specific place on my display board.  Fortunately, the expanded points allow me to get both my scratch sculpted Colossus with Great Bow and Heirotitan into the list.  This is very important, for as all of you who followed the Tomb Kings project know, there are two very specific spots on the army board for both of those big guys! 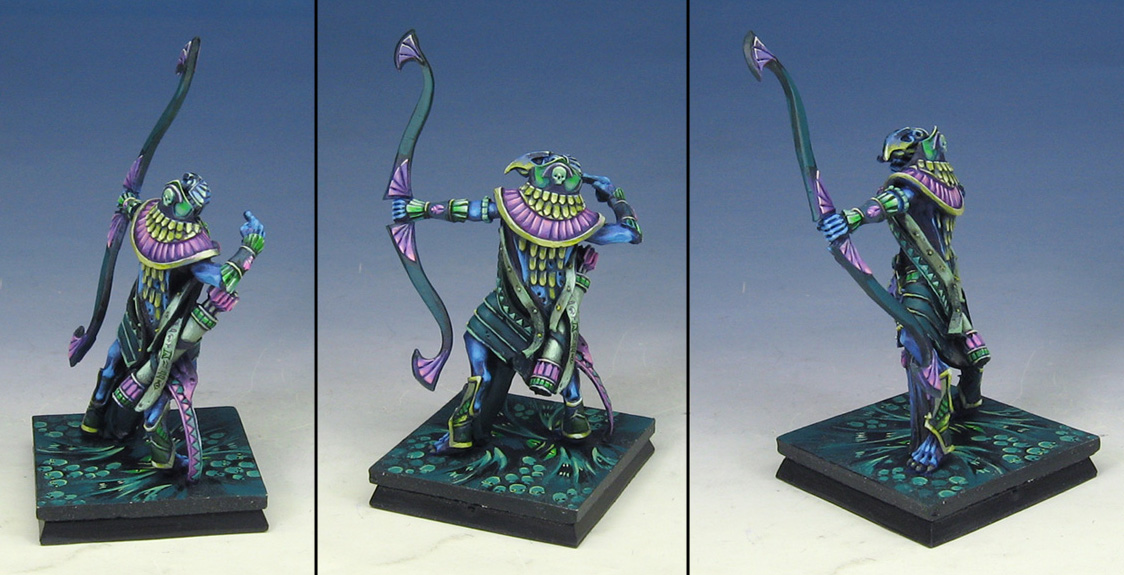 To all the newcomers who may not be familiar with the Great saga of the Tainted Pharaoh, you can look under the heading Warhammer Fantasy Tomb Kings, and you will see nearly 80 posts that cover not just the building and painting of the army, but also the construction of the display board and even the stories and fiction behind it! 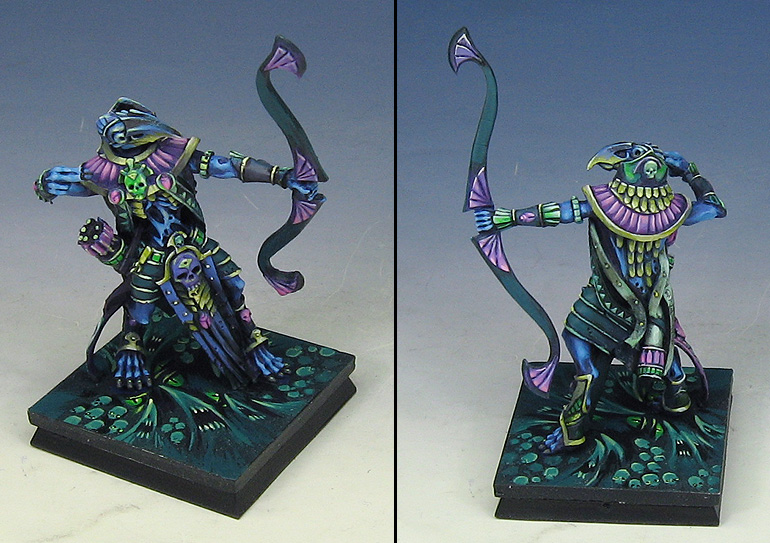 So, if all this is news to you, I suggest you peruse all that and have some fun!  It is by far my most elaborate project to date...

Posted by wappellious at 8:56 PM 2 comments: 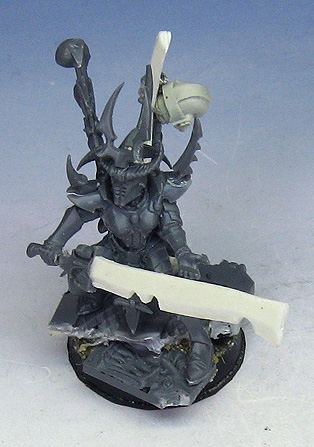 Today we have one more Incubus!  This time it is all GW bits and plasticard.  You can see the parts laid out here.  I had to make a back pole/thing, since I am running out of the GW ones.  I made it the same way as the Klaive. 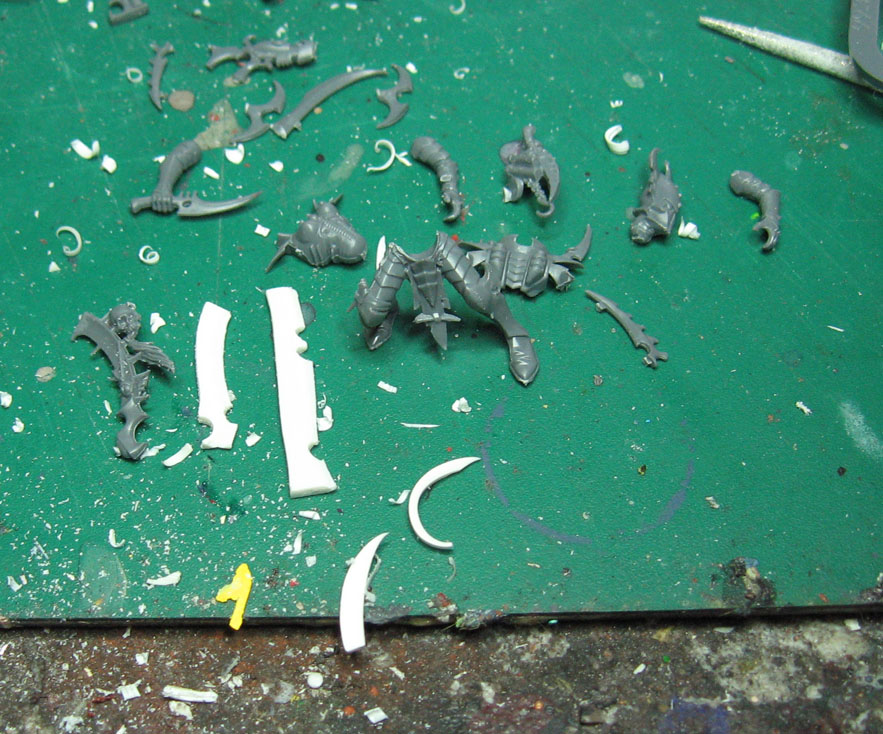 Most parts attached.  I didn't want to have to sculpt horns on the helmet for this one, so I took various Kabal weapon blades and filed them down to fit on the back of the collar and on the helmet.  The Klaive has been attached to a gun piece that was cut away.  You can see the pin hole drilled into the Wyche arm that I used...

OK, the Klaive is attached, and trophy bits onto the back pole that I carved from the plasticard. 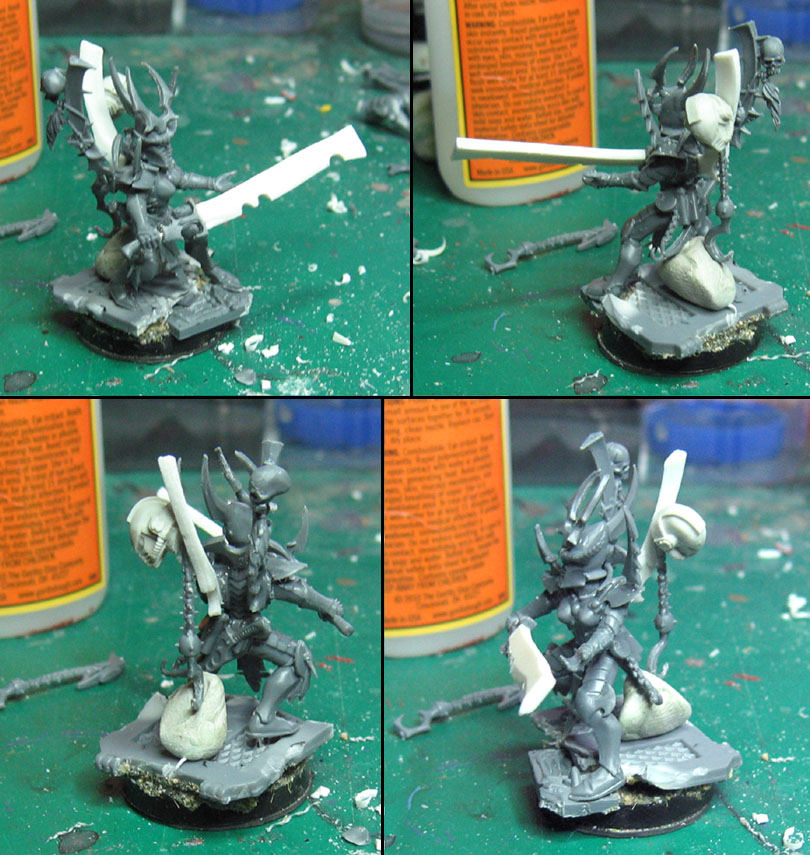 I sculpted a tuft of hair to fill in a gap between the metal skull and the Space Marine helmet, and another little piece of string to tie all that together.

One more to go for this unit to be Adepticon ready!  Yea!


Posted by wappellious at 1:20 PM No comments:

Never turn your back on the Empire... 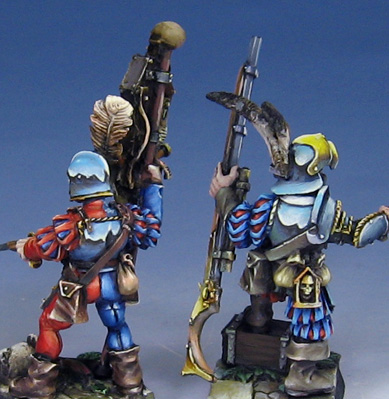 Here are the promised group shots!  The overall shiny steel effect comes together much better in these images. 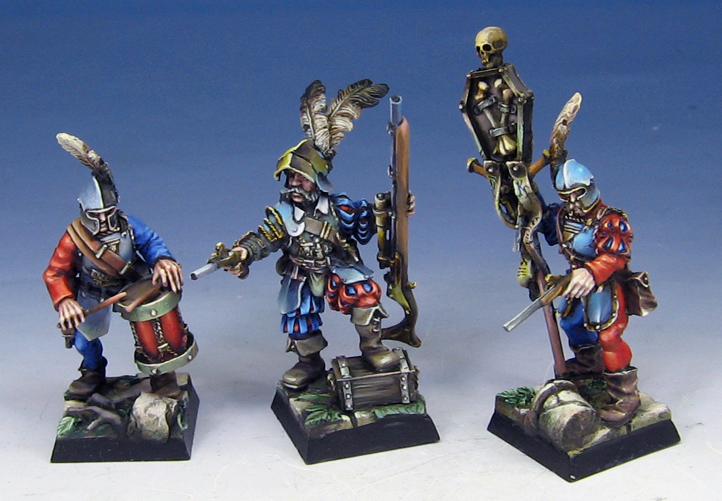 Looking at them now, it reminded me of why I chose the red and blue Altdorf scheme.  The blue and red can be dark enough to provide contrast against the lightest parts of the armor, while the reds can be warm enough to get me the temperature contrast as well.  Most of the other possible schemes had a tendency to give only one of those benefits. 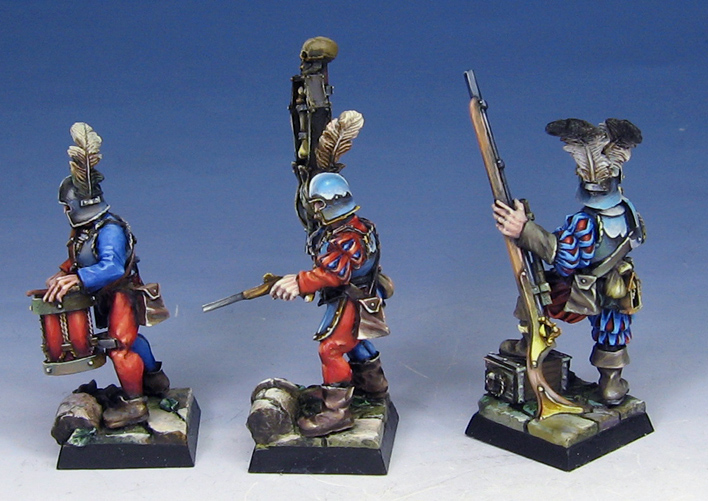 Besides, those Altdorf dandies are supposed to be the ones with the spare cash to have fancy, shiny stuff like this! 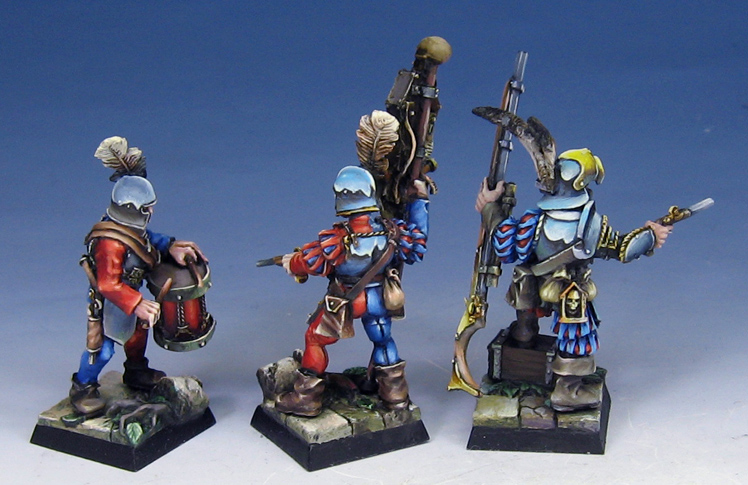 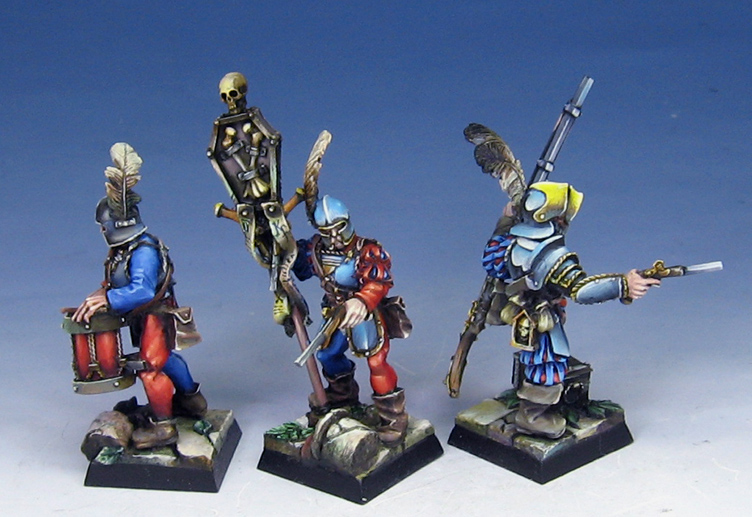 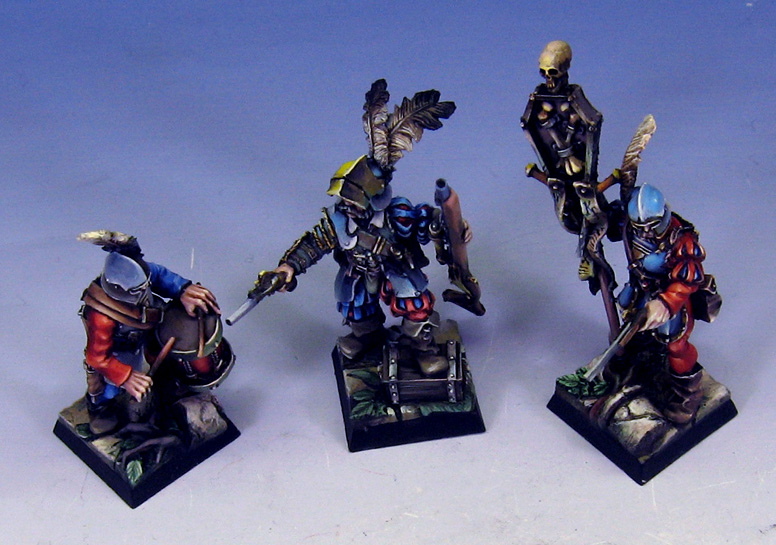