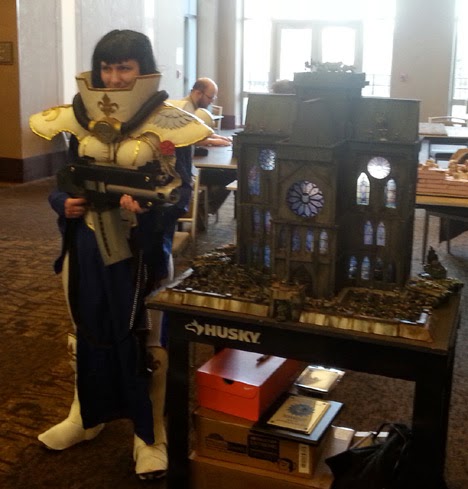 Here are some interior shots of the Cathedral.  You can see a little more of the statuary in these views.

Once again, the statues were there as objective markers, but they are also intended to tell the story of the army.  It begins with a Bronze Age Celtic technology, working all the way up to the 41st millenium tech.

I will make a post on those statues soon so you get a better idea of how they worked. 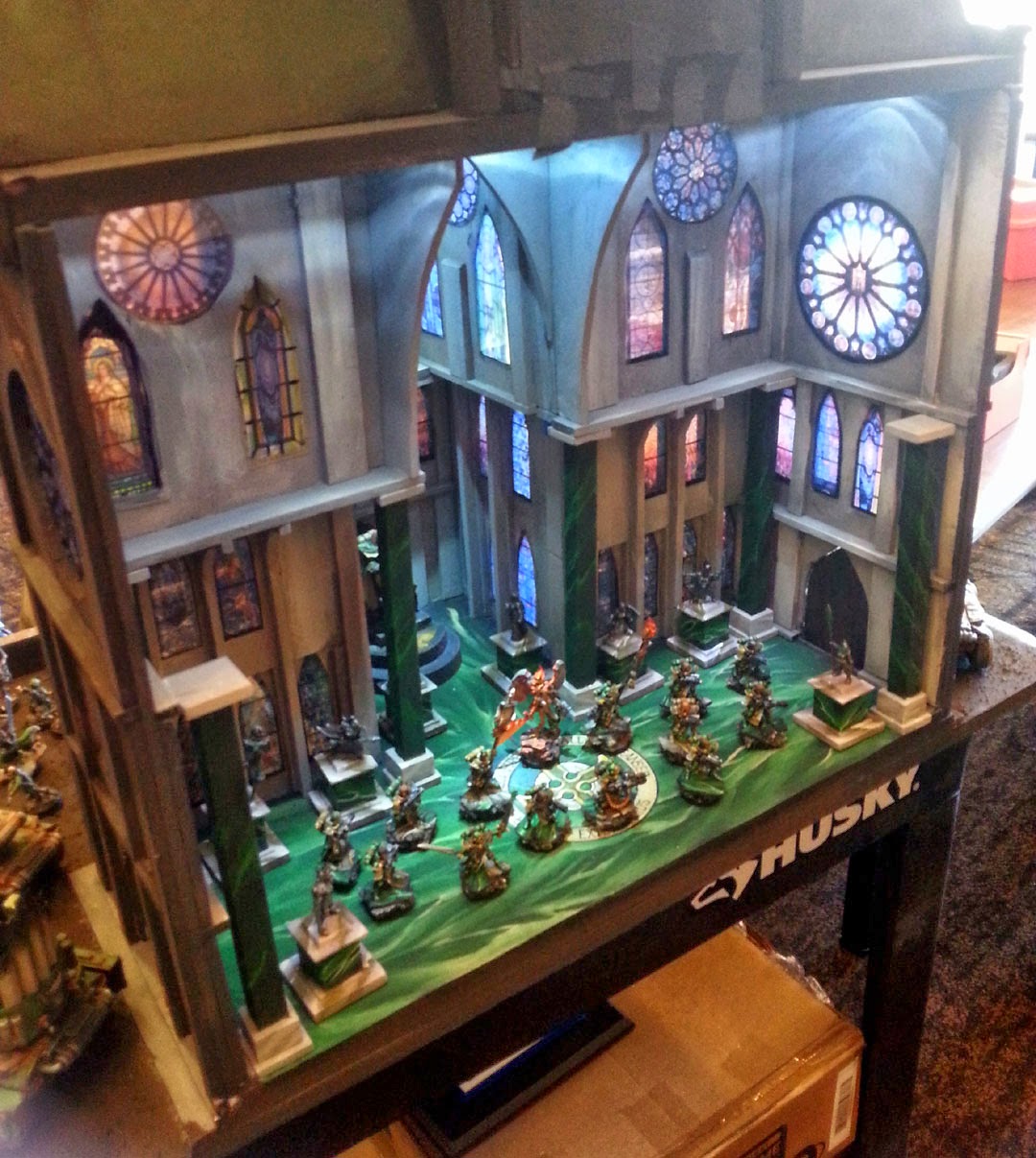 The statues arranged, and the Sisters in place. 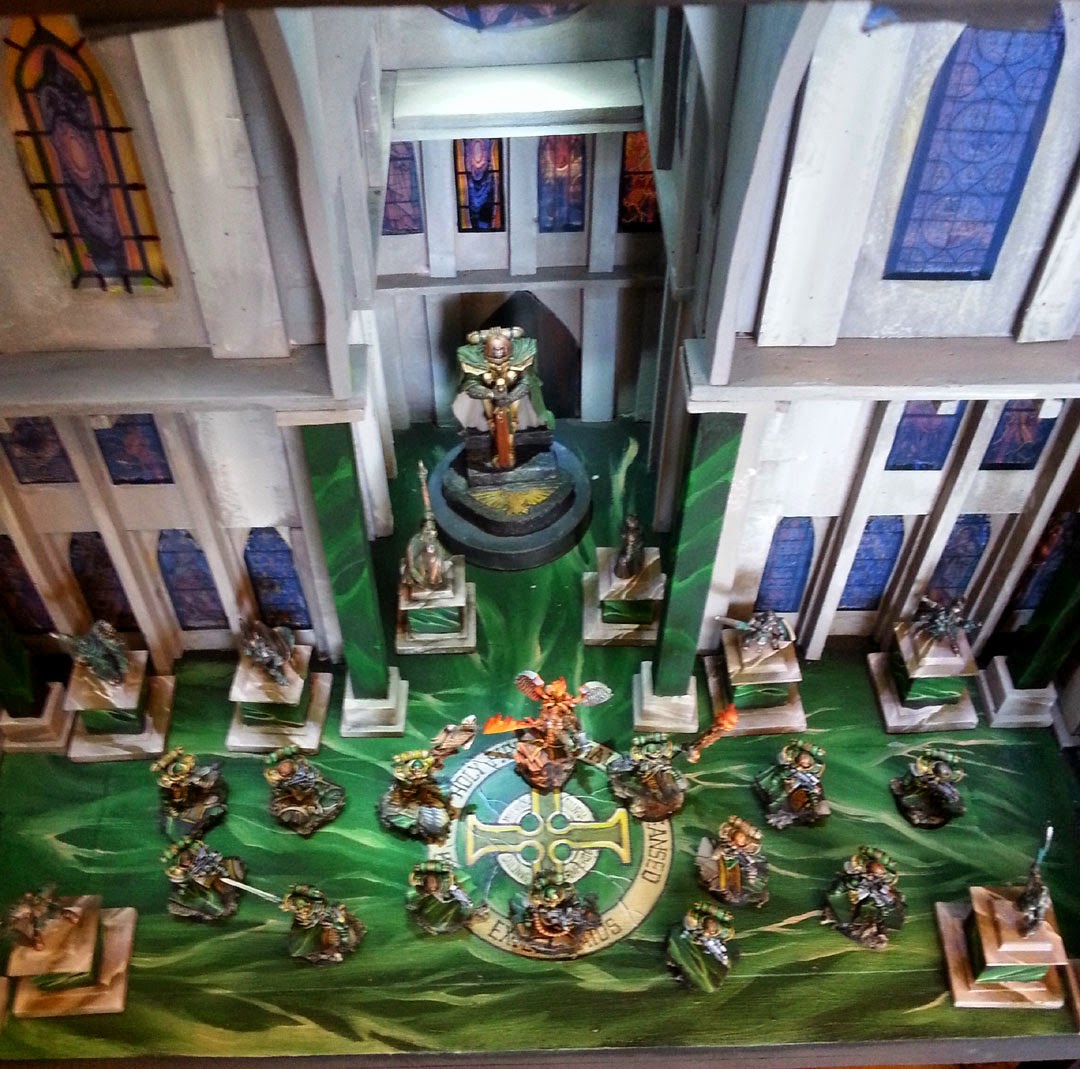 While my original intent was to paint some green marble on a few of the wall struts, I am glad that I did not do so.  It probably would have been too much of a visual frenzy.

The other small details that I wanted to add were some hanging banners and a few of the old metal cherubs for effect.  I had some servo skulls as well, but time just ran out.

Also, I thought that I would have that many more fragile, breakable bits to worry about! 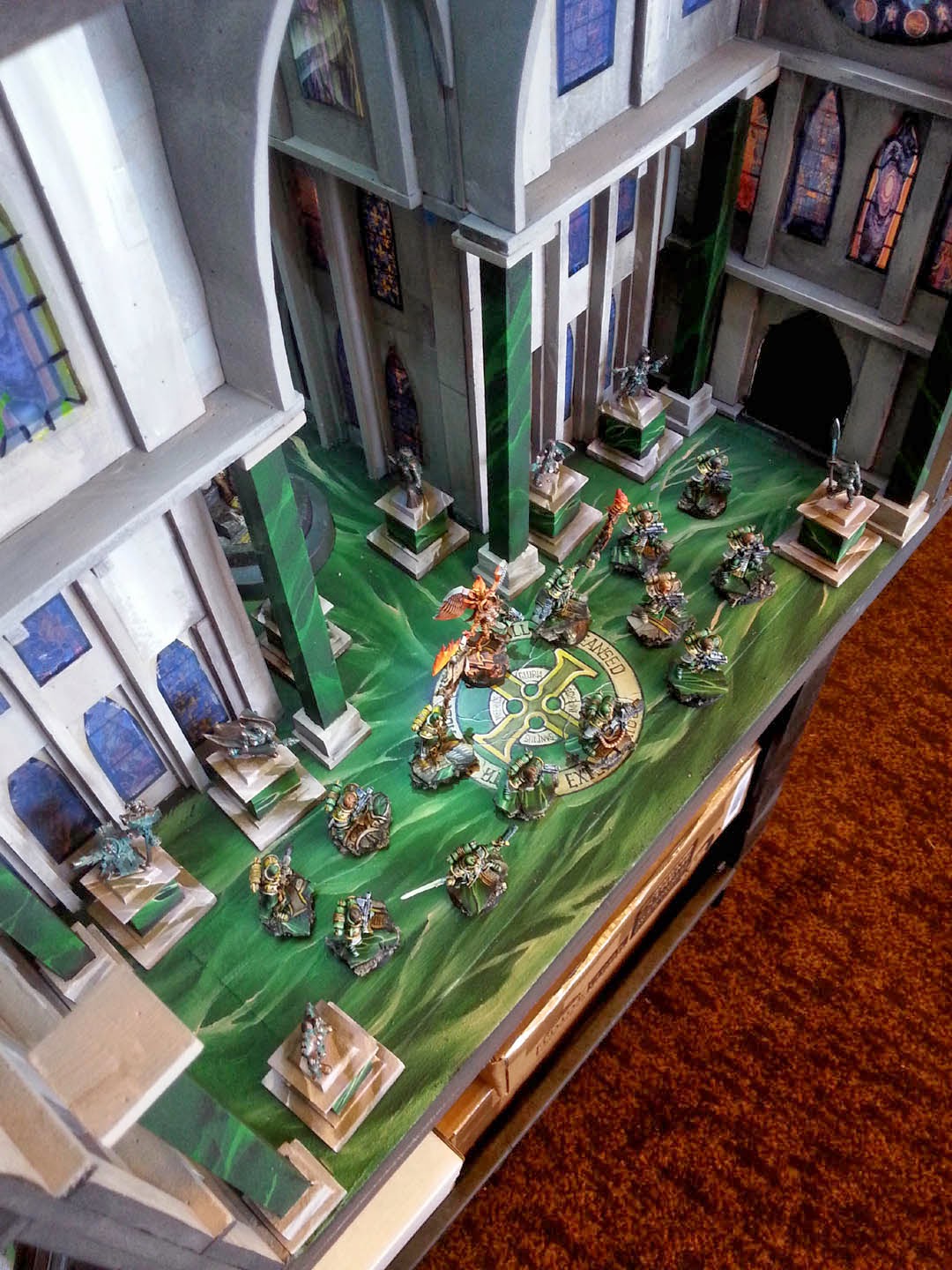 As it was, the statues were all magnetized to the floor, and the LED lights were very firmly stuck into the ceiling. 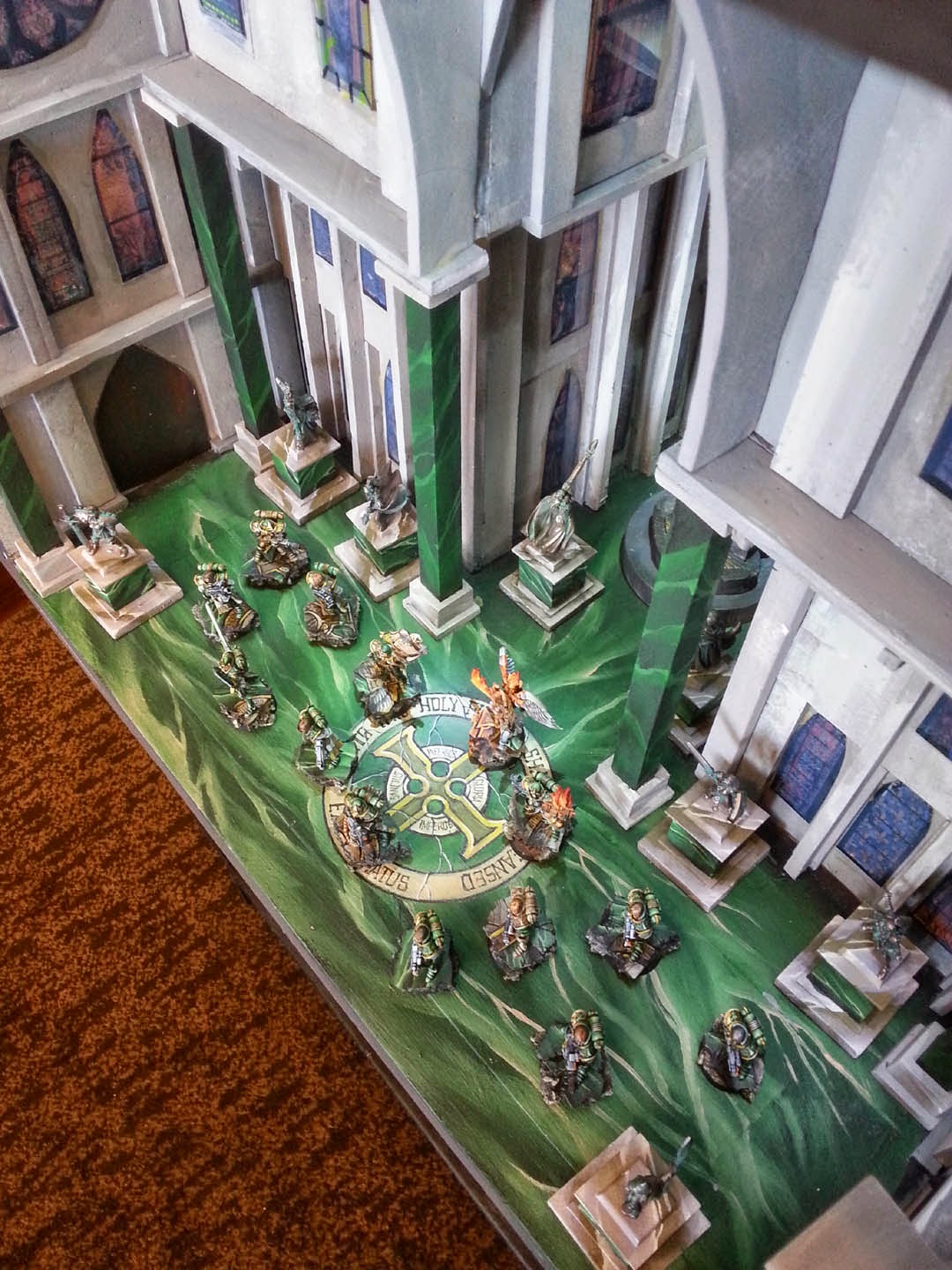 And the Sororitas demonstrated their approval by guarding the Cathedral as I went to put stuff in the Crystal Brush!  Results on that later... 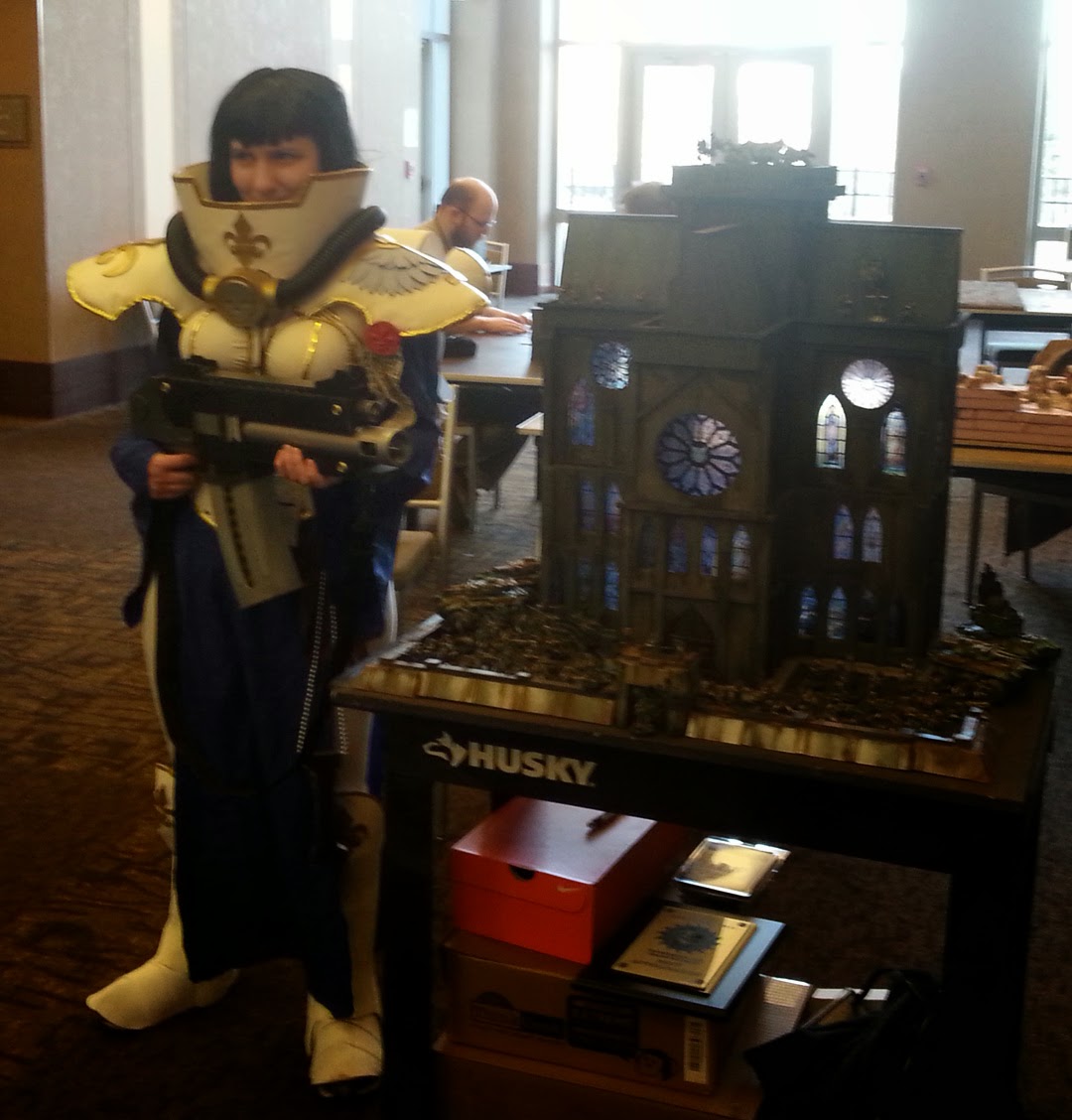 Hanging out in the Wild West Exodus booth with Jonathan and Elizabeth!  A fun time, and hopefully batches of those minis showing up on the blog here.  Big trains... lots of steampunk :-) 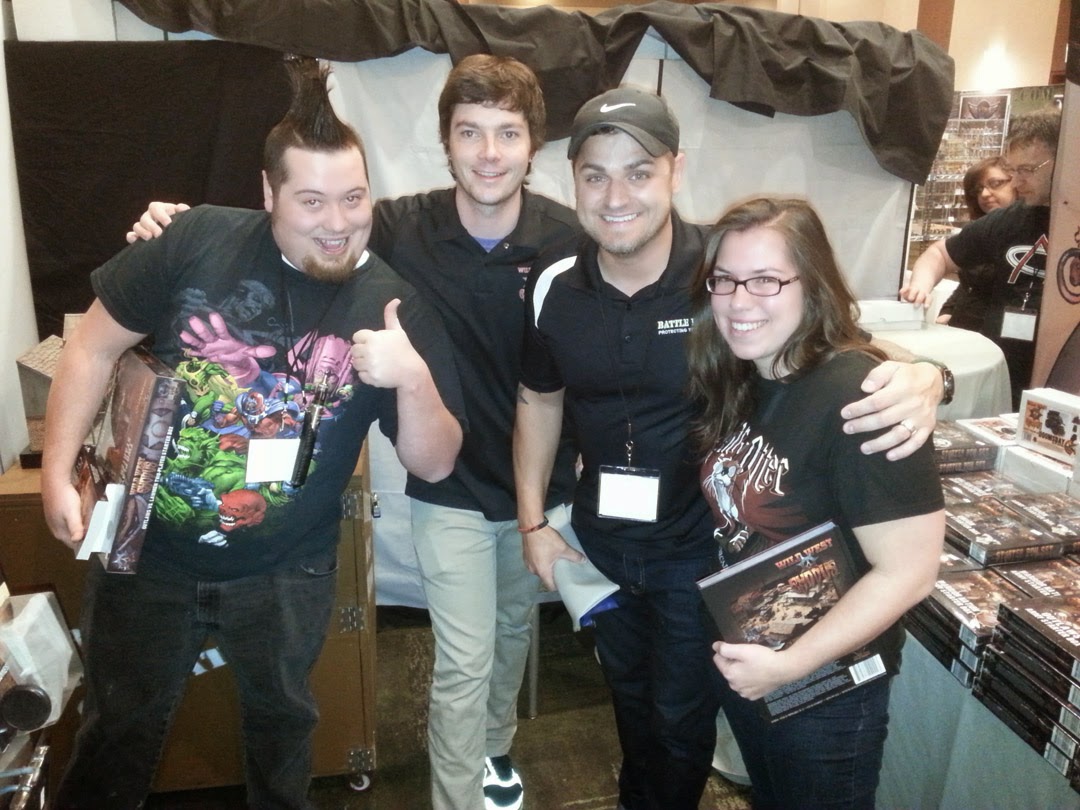