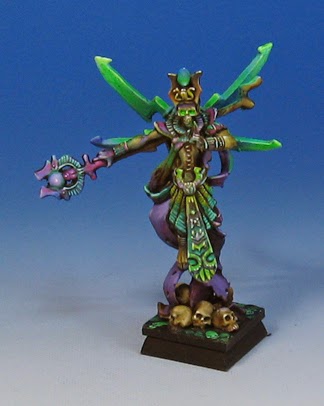 And now for the shots of the finished Reaper Bones mini.  Obviously, the original metal version (which I have) is going to sport some crisp details which the BONES material might not translate.

However, it's not fragile in the least.  I demonstrated that by bending the staff and 'wings', and then tossing it across the room.

Also, being this lighter plastic material means that he can more easily reside in the big unit of Tomb Guardians.

It was interesting using the airbrush as the basecoat.  Since it had been so long since I painted any Tomb King stuff (or even looked at it), I could just play around with spraying colors here and there to see what would happen.

Here we have him next to a few of the actual Tomb King minis... 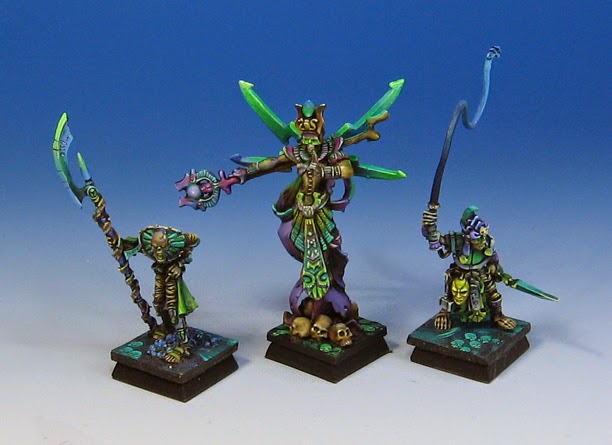 Speaking of throwing minis across the room, the Tomb Kings army has made me consider that once or twice (or more) during a 1-2 turn game! 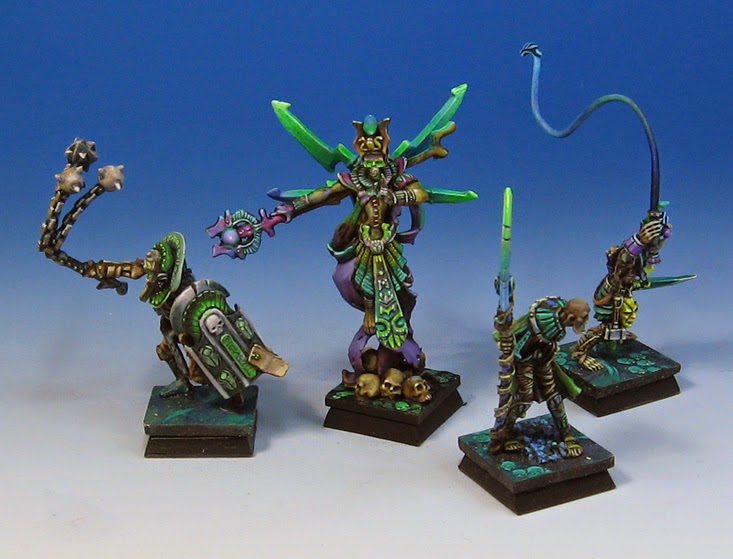 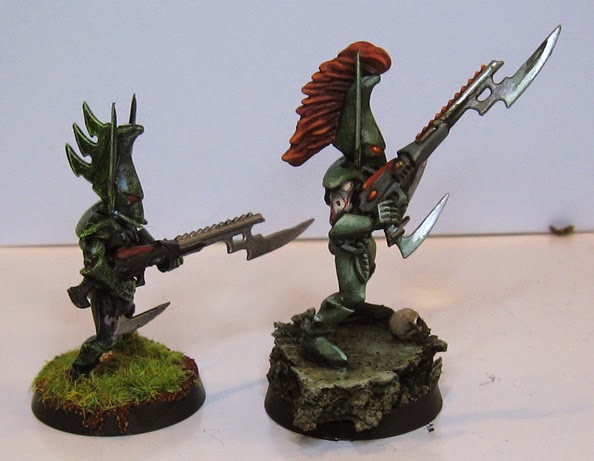 Recently a friend of ours, new to both 40k and Dark Eldar, acquired a huge set of old timey Dark Eldar minis.

Those of you familiar with my Dark Eldar army know that I enjoyed combining the old kits like these with the new ones.  Seeing the original ancient minis painted with loftier new techniques is always very fun!

I dug a few out of the box, and set down to do a quick sample mini. 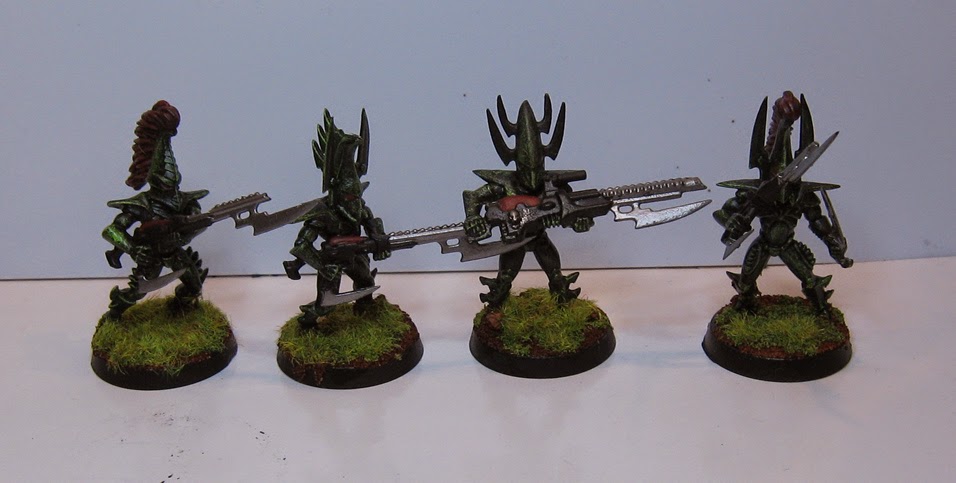 First things first... away with the nasty gravel/grass base.  Replace it with a simple piece of cork, with a Secret Weapon skull! 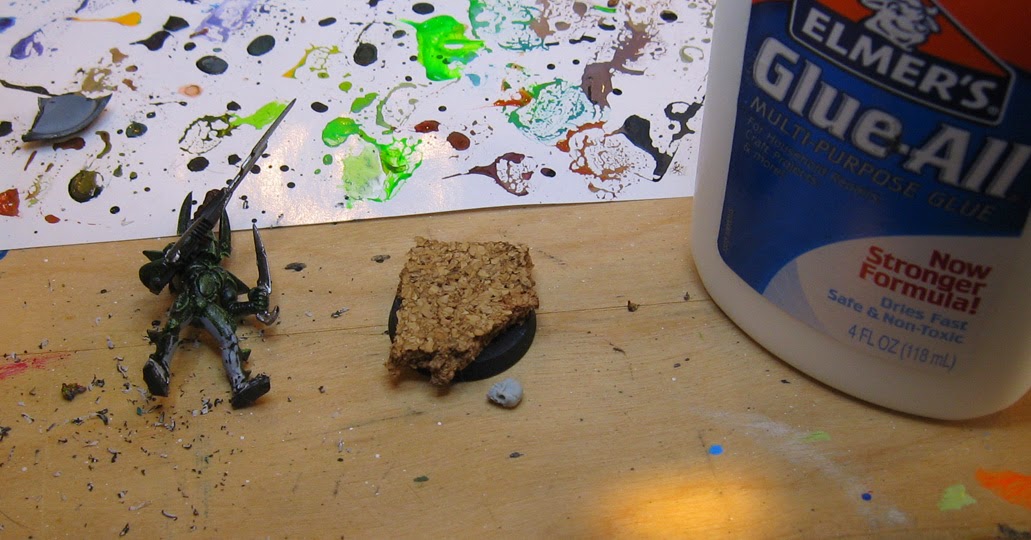 Right away... significant difference, and not lots of work either. 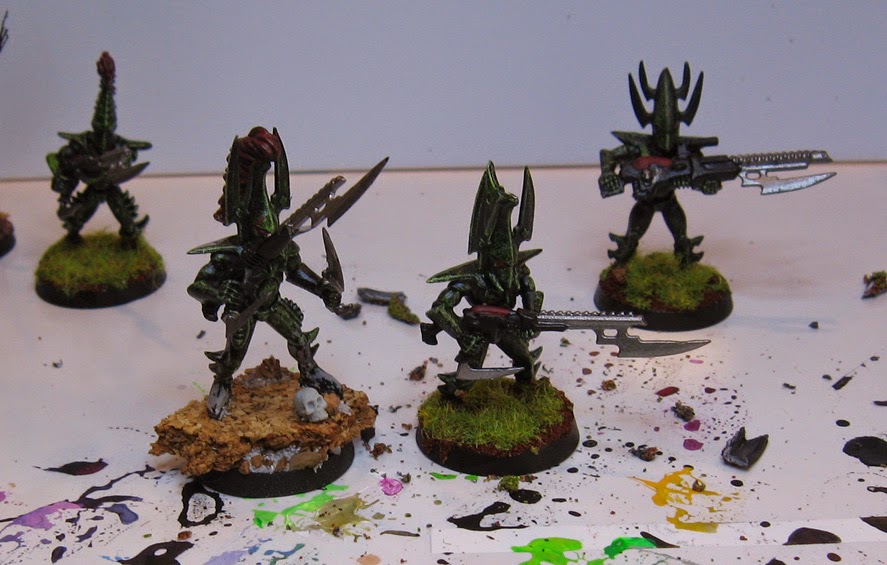 Very basic colors applied to the base, trying to set up the figure...

The major idea I wanted to show was the combination of metallic paints and regular paints.  That is, to make the green have a shimmering effect.

You can see the difference enhancing the reds made in this image. 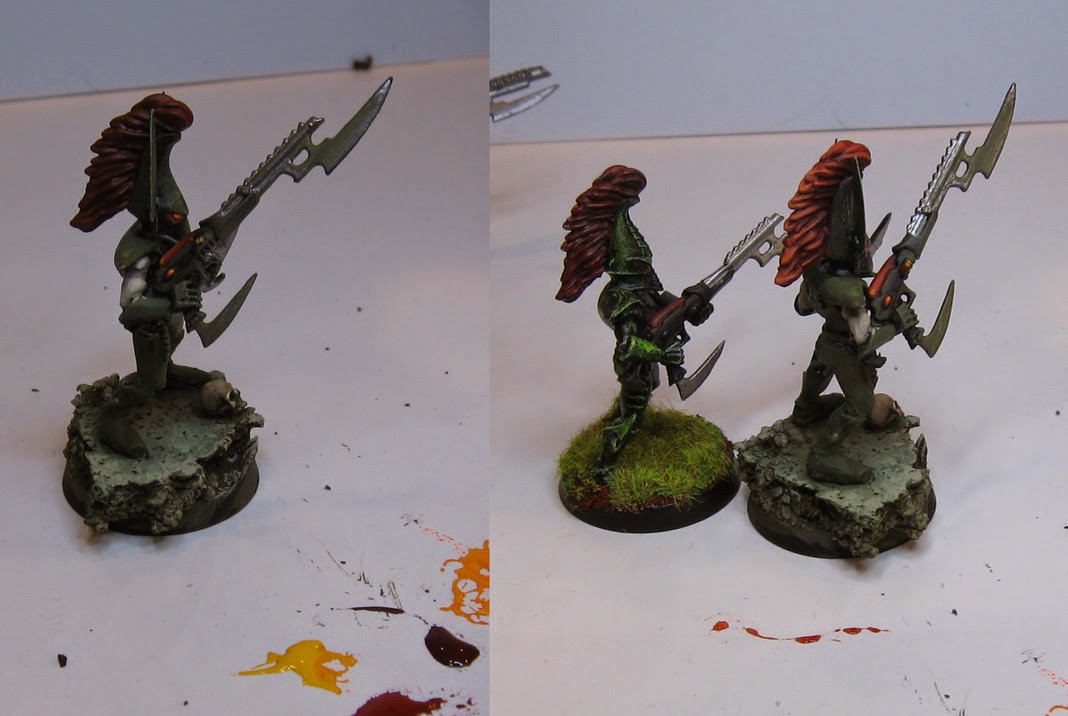 Here you see a few greens out on the palette, with the metallic paints ready to mix in. 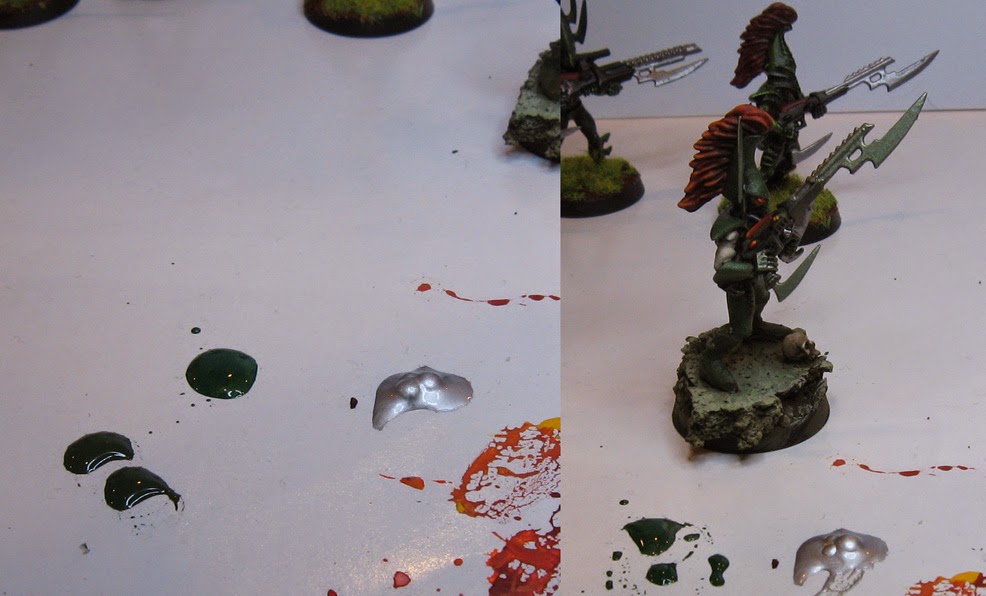 Here are a few initial layers of that combo, with the repainted red accents. 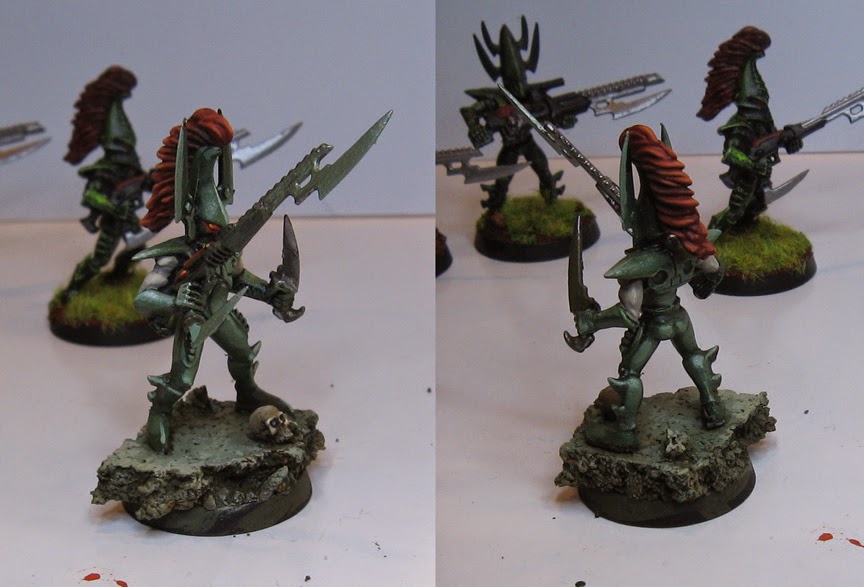 I continued to darken the shadow areas, as well as put a few quick freehand designs on the skin. 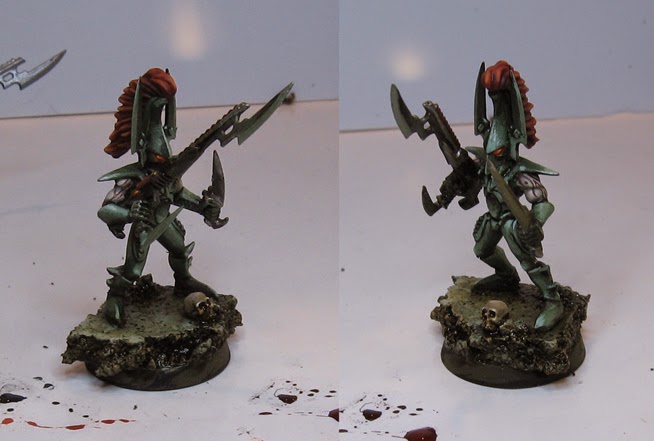 I also enhanced the red glow of the eyes, and painted the little spirit stone stuff on the splinter rifle.

Here we have a little side by side action to give you a comparison of what was, and what could be.  The metallics were also redone on the blades.

One final image.  My apologies for the paper towel backdrop... I was not in the studio, and thus had to come up with something on the fly. :-)

Posted by wappellious at 1:33 AM 6 comments: