Bring in the Fly Boys! 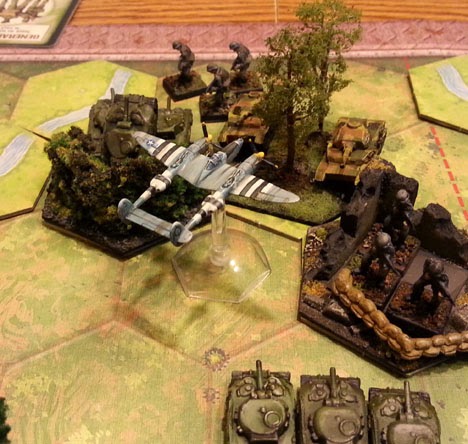 Now you get to see some planes in action!

They work very differently in the campaign setting than they do when you use the typical command card.

You have to make more strategic choices with them, which I love!  You have to choose between a strafing run, or ground interdiction, etc.

My favorite use for them is to deny terrain cover, with tank units nearby!

This, by the way, is the continuation of the Campaign for Caen. 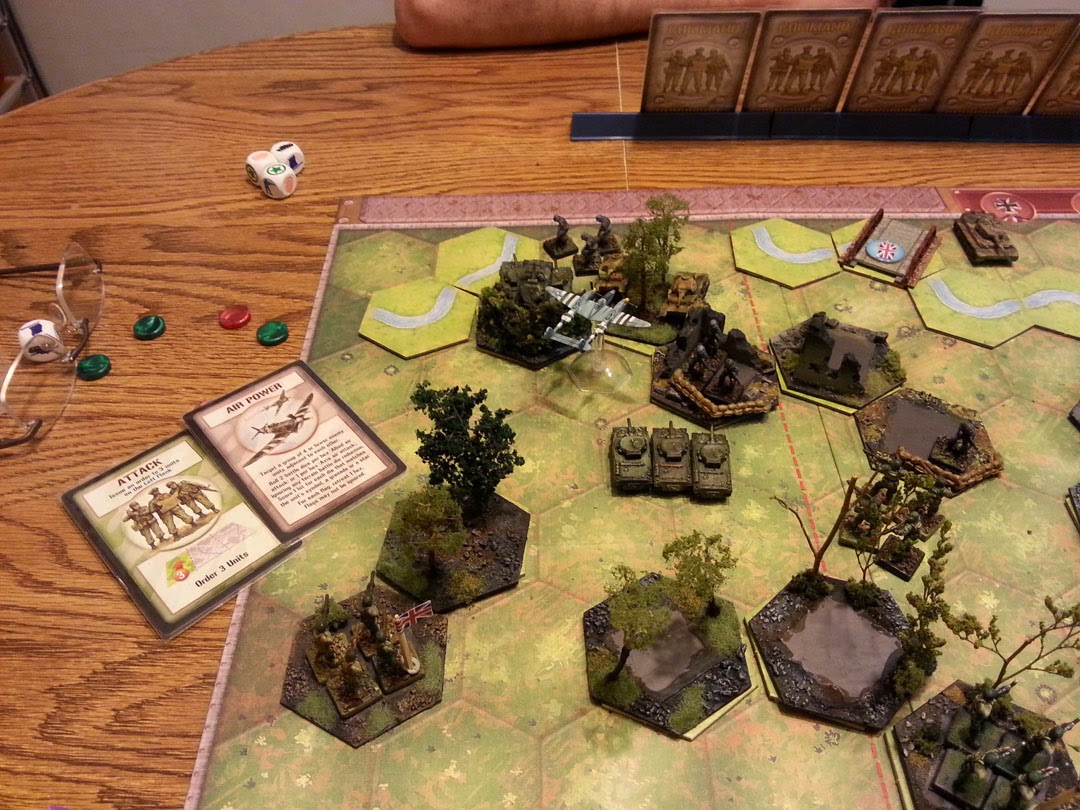 However, you have to make sure that they have a safe place to end their movement, or they can be easily shot down.  That hands free victory points to the opponent.

You also need to have an order card that can move that plane on your turn, or else it leaves the field. 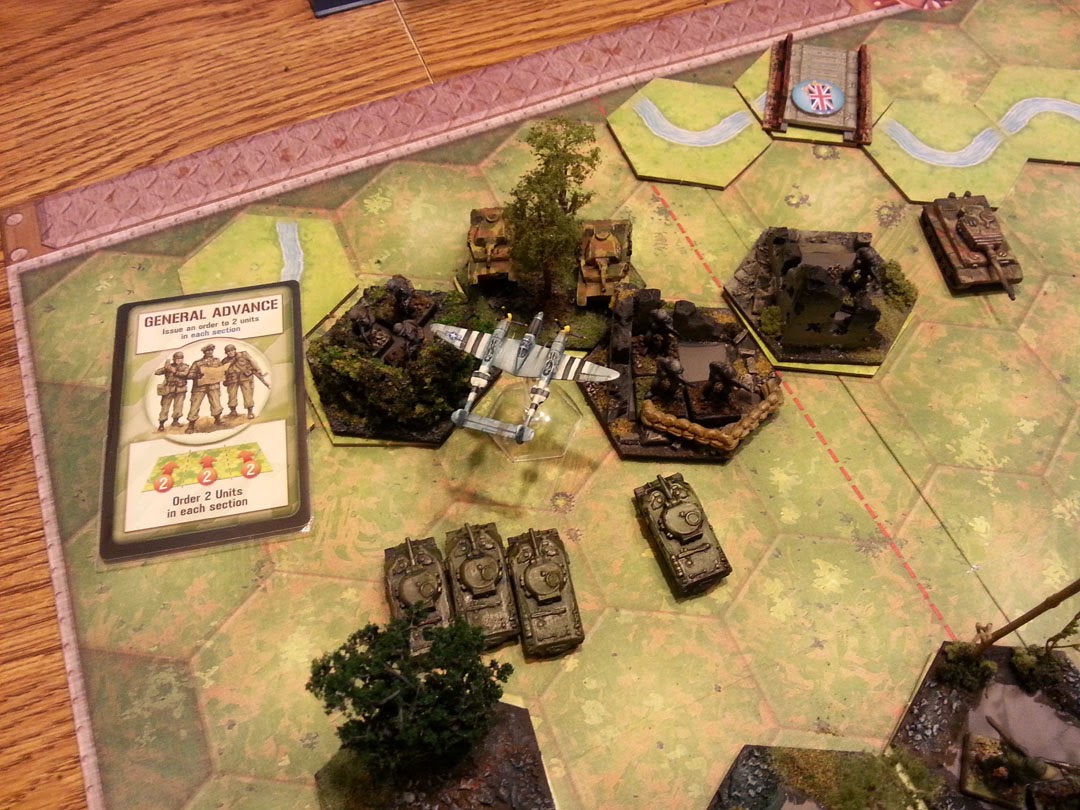 In this case, I took the chance to leave it nearby the fortified units, potentially sacrificing it so that my Shermans could get in some nice shots on those units.  Sadly, it didn't work out.  I didn't do that much damage, and the plane was shot down! 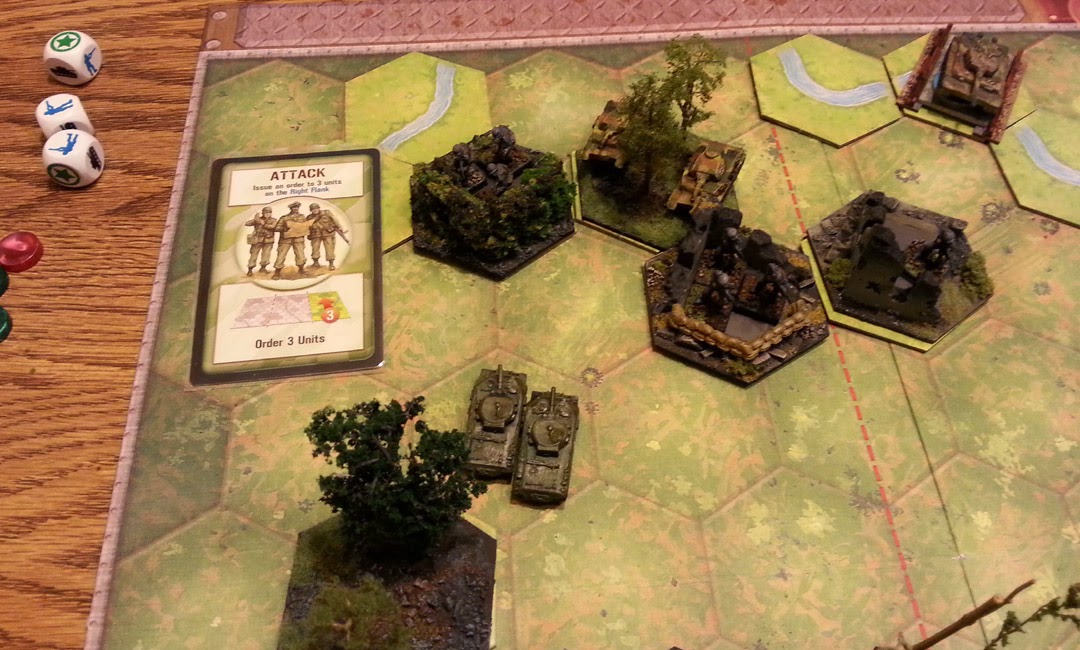 However, I got my revenge with some long range artillery!  BOOOOOM goes the tank unit! The Axis responds by moving troops in the center to deny the town to the approaching British... 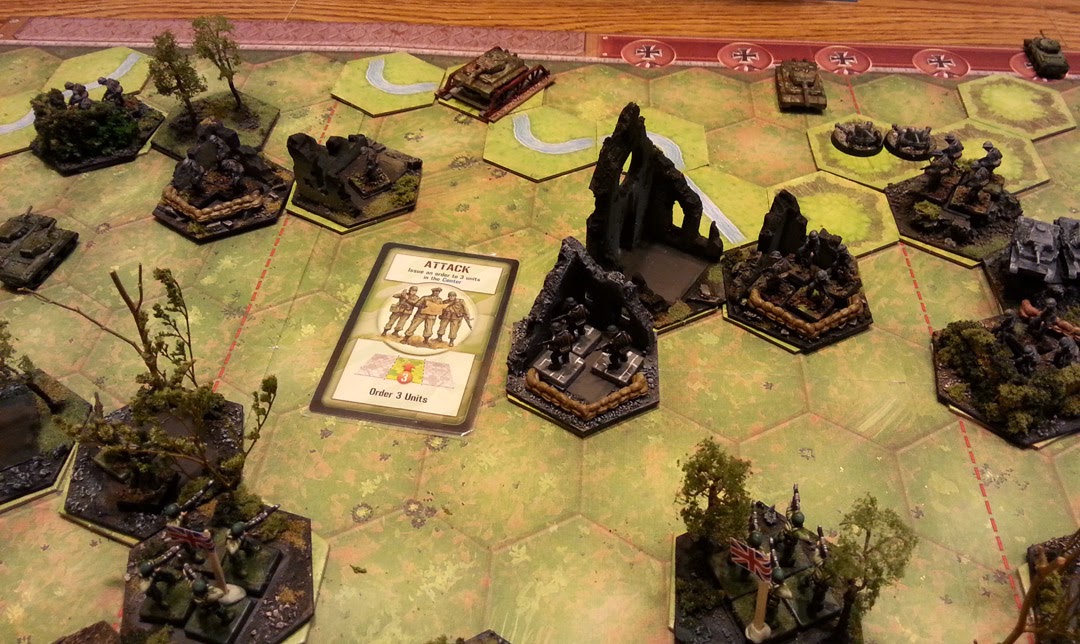 The German infantry is backed up by all kinds of armor here, including entrenched armor on the hill! 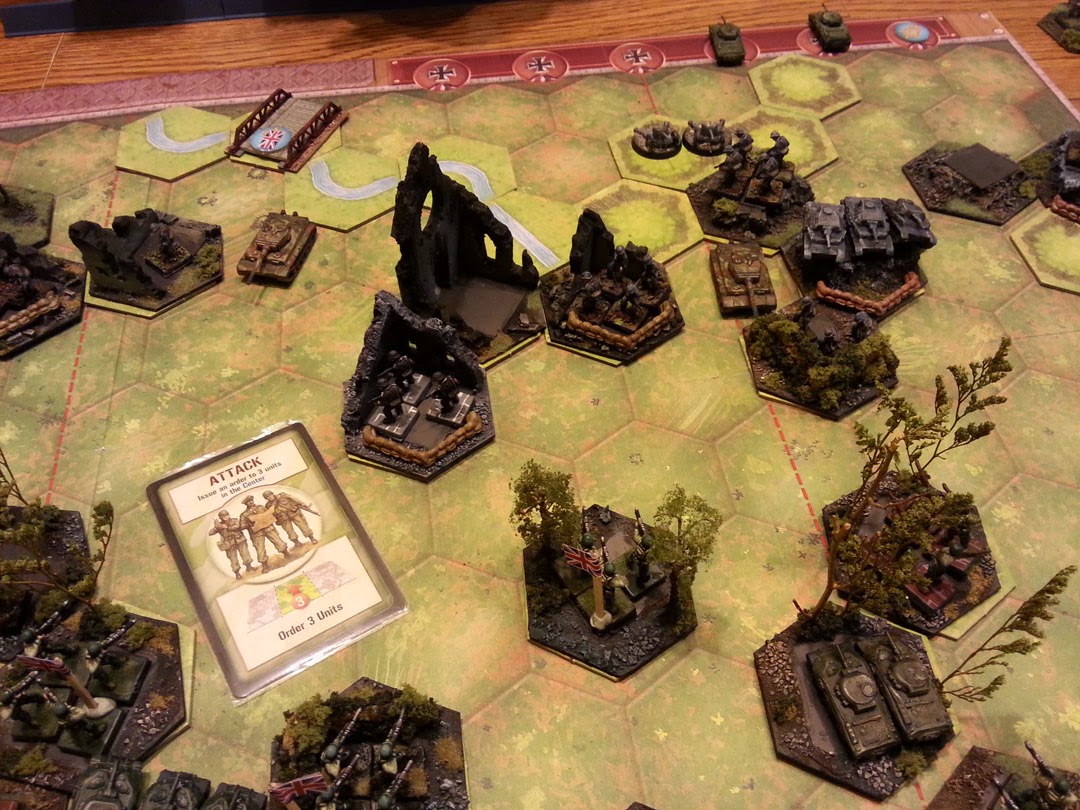 The Tiger tank responds to the barrage by advancing on the infantry hiding out in the forest. 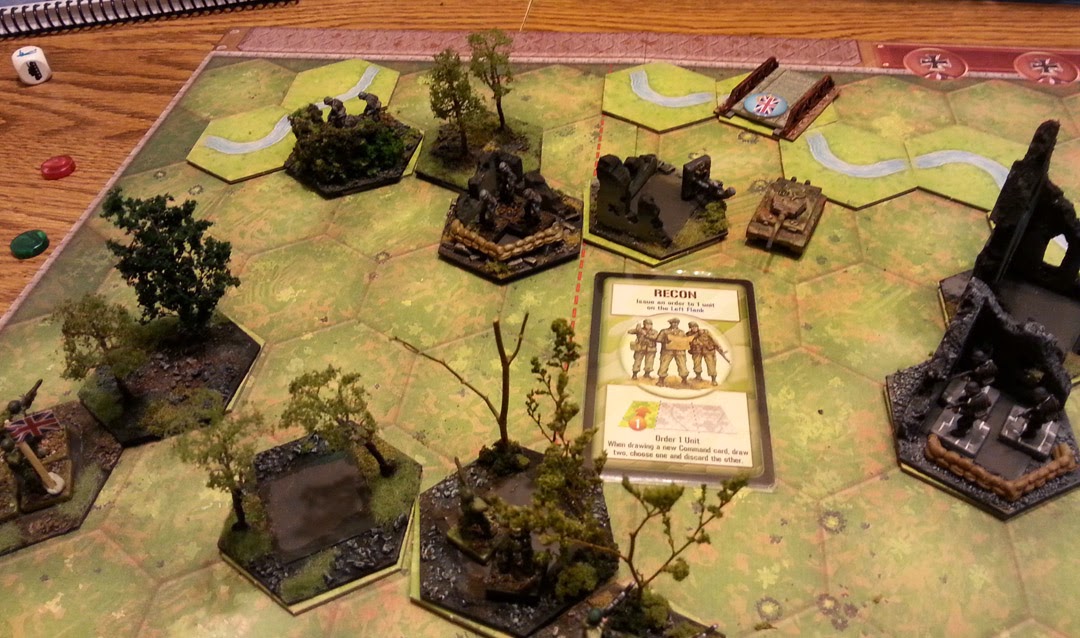 Surprise!  Out comes an ME 109, ready to do some ground support. 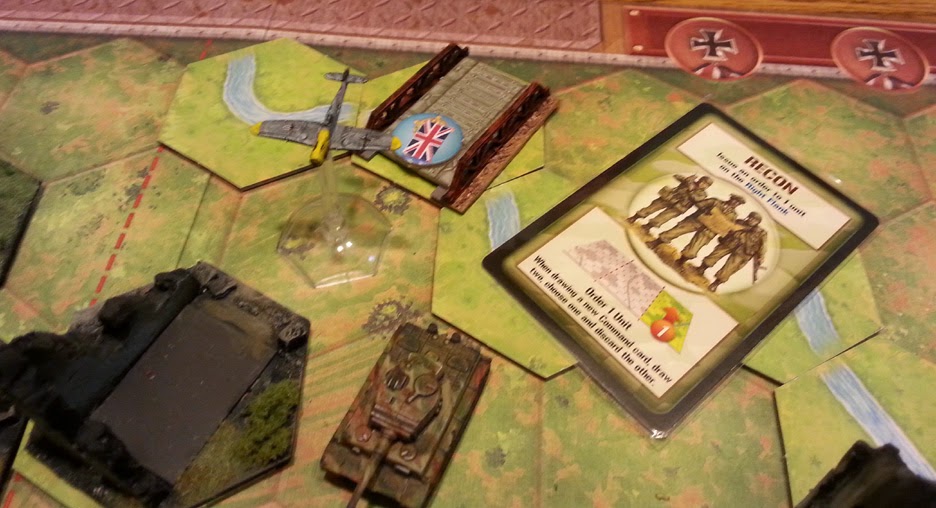 Not looking good for the Brits right now! 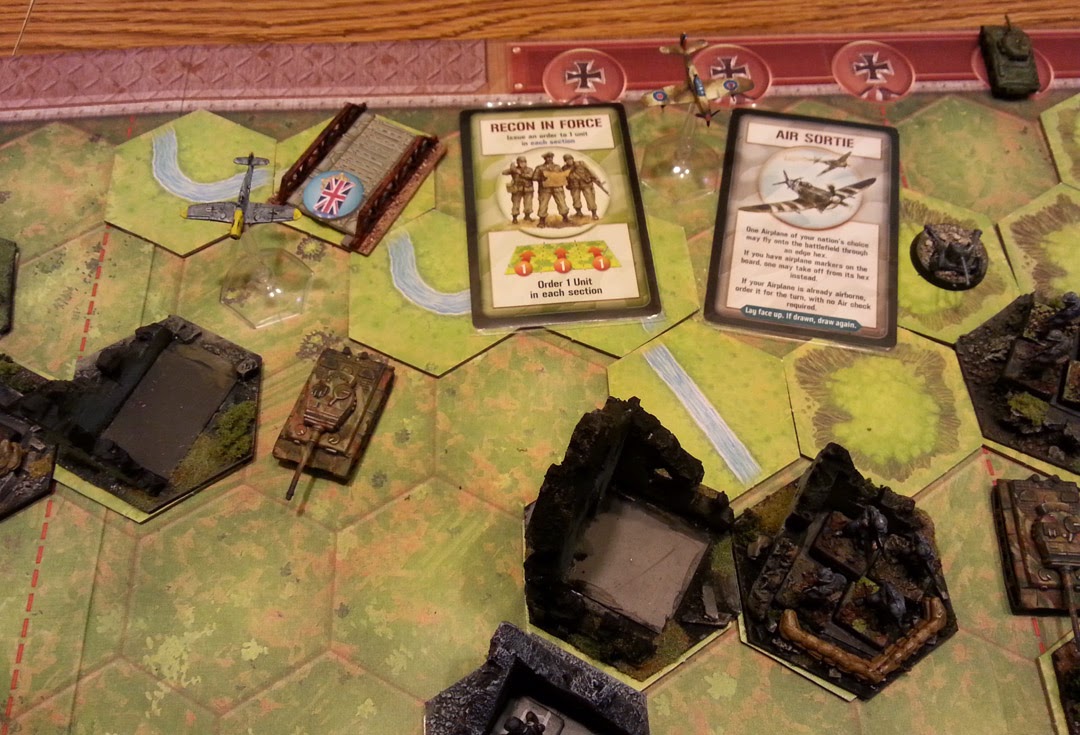 Some fortunate shots by the British stun the Axis temporarily, until the tanks can get up and support the infantry attack. 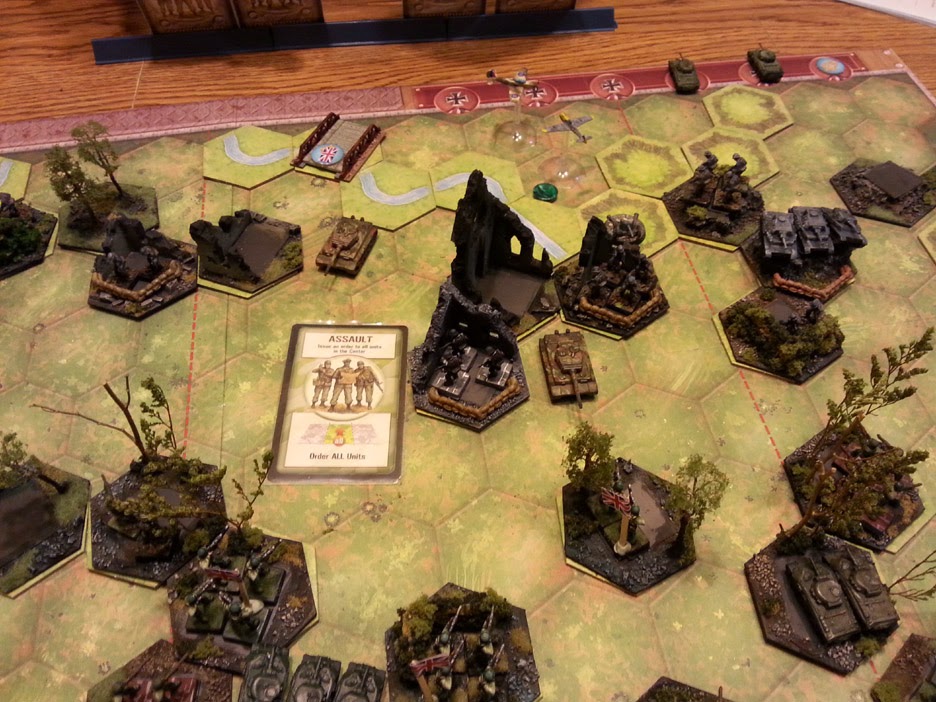 They arrive!  Another big risk is taken as they try to dig out the troops in the town. 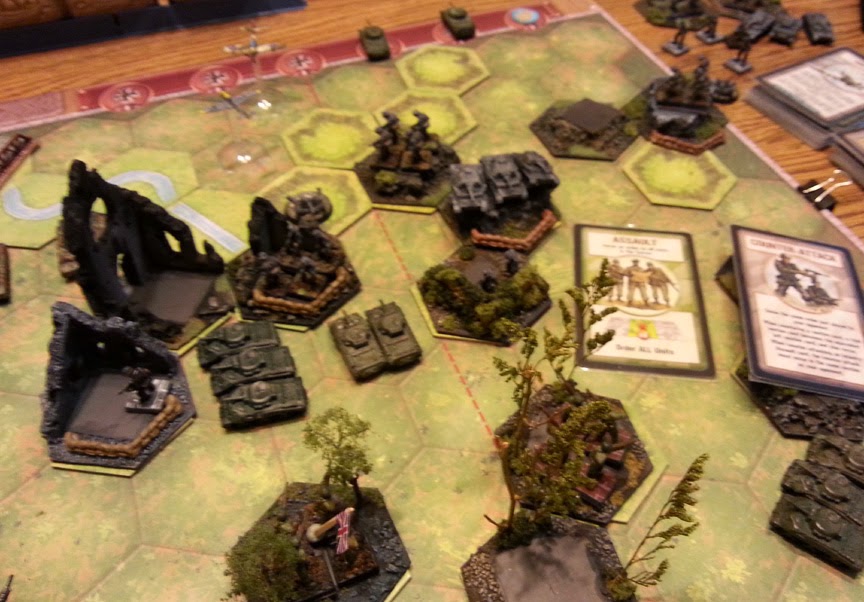 Oh no!!  The Tiger tanks break out into the clear!  This could be very bad. 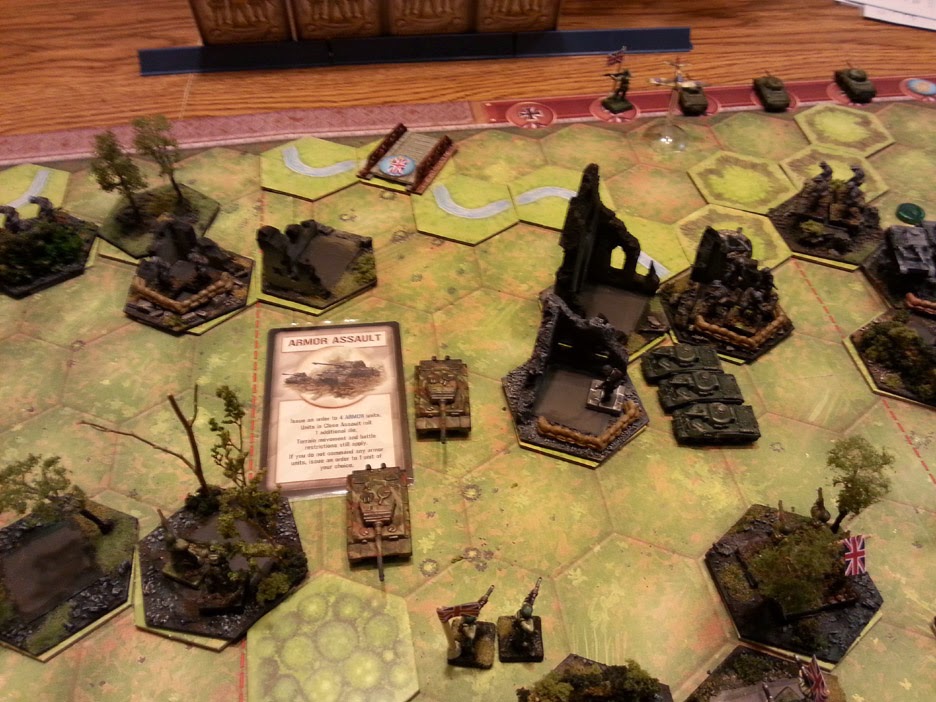 The brave British soldiers are unfazed by the monstrous vehicles bearing down on them...  They hold the line miraculously. 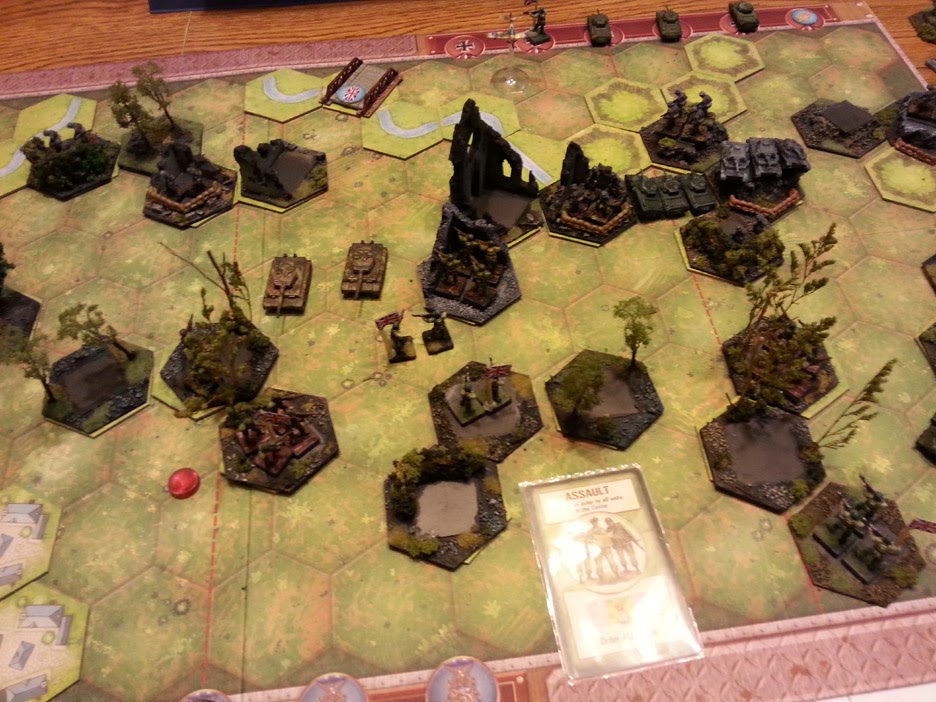 One more desperate charge.  Can the Allies reach the Bridge Objective?  Or will they be crushed under the treads of the mighty Tigers.  Stay tuned to find out!!! 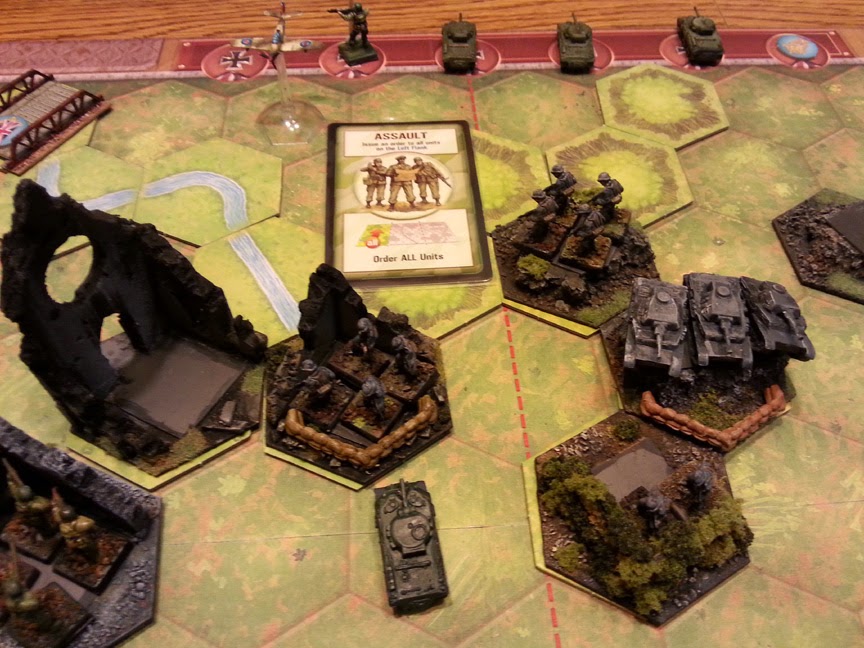 Posted by wappellious at 6:09 PM No comments: