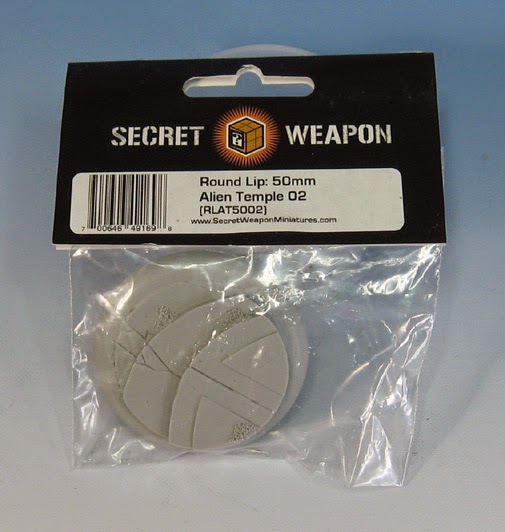 This is one of my favorite base sets from Secret Weapon... the Alien Temple. 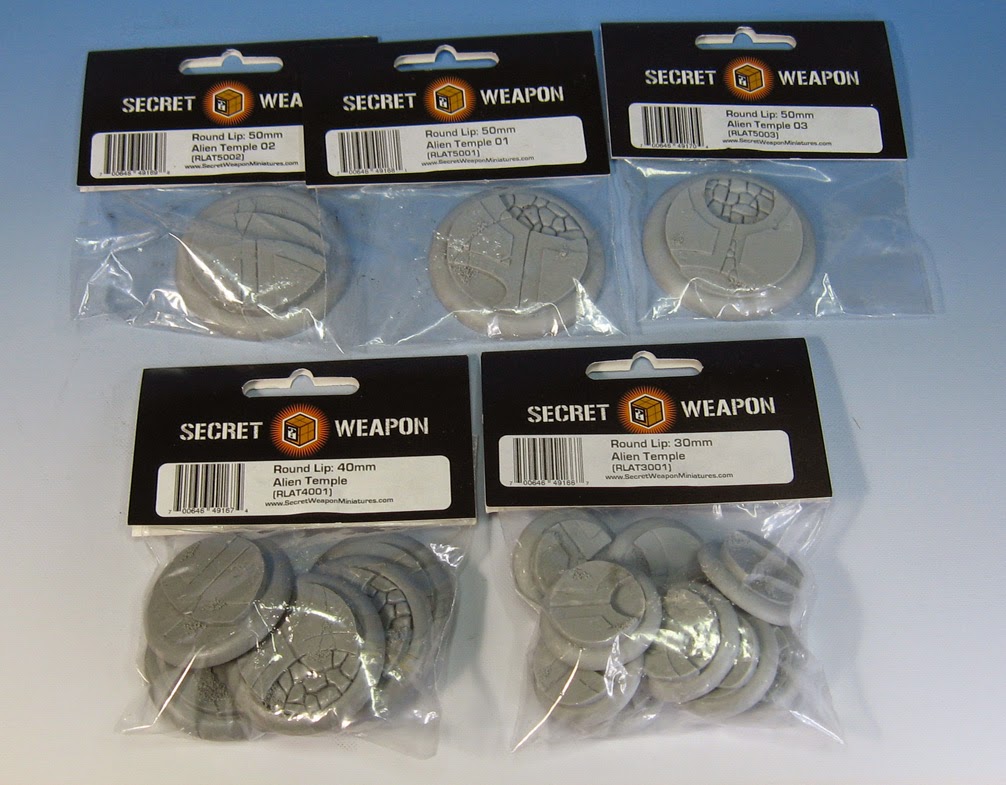 Let's begin with the 50mm version. 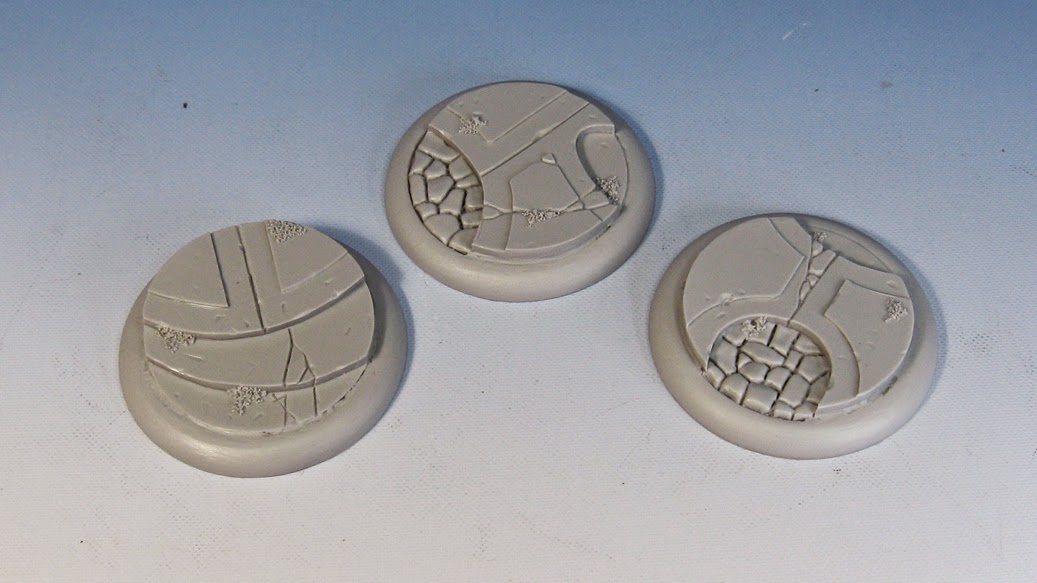 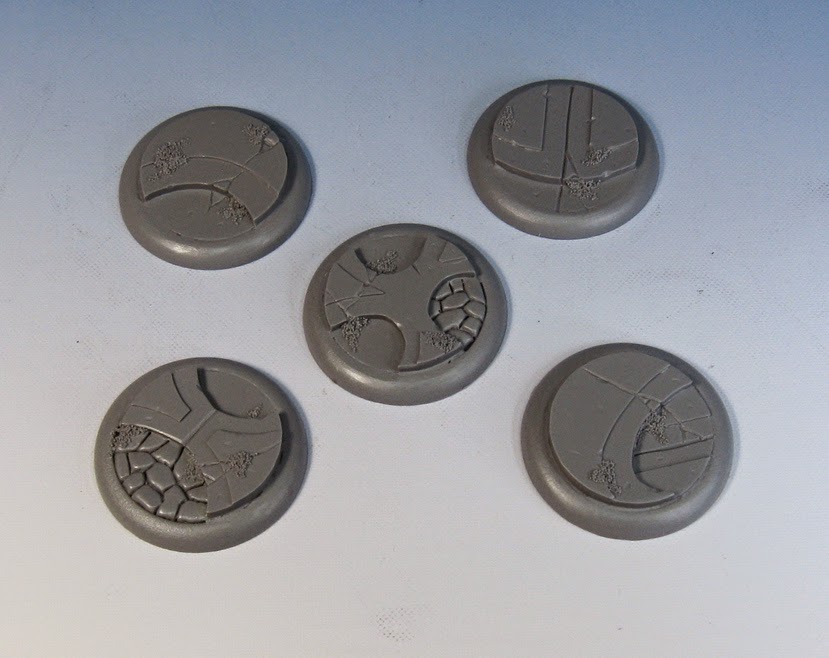 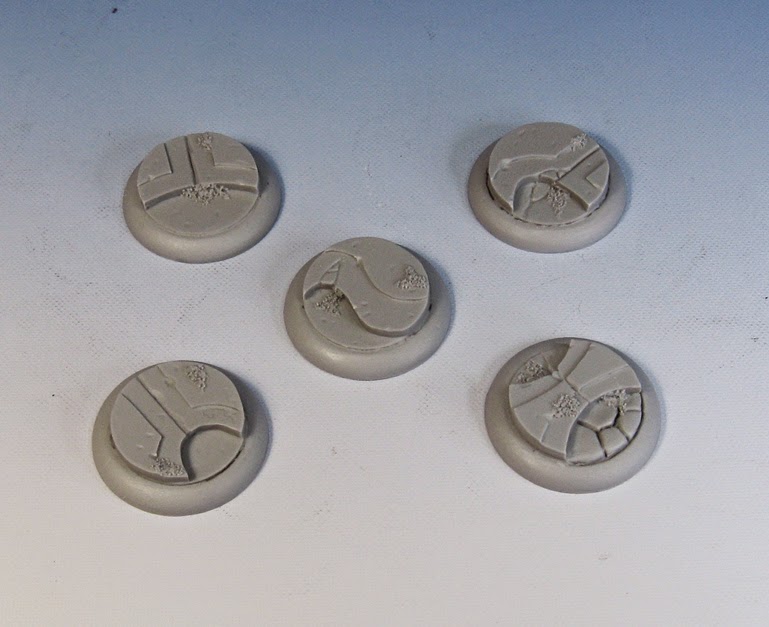 And then the second. 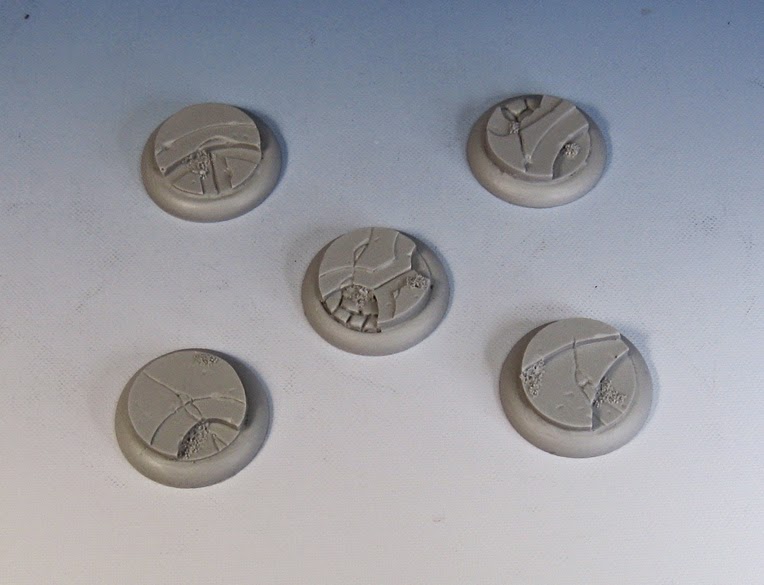 All ten 30mm bases.  It's not easy to come up with 10 different designs in one set, much less make sure that they have enough space for the footprint of a miniature.

Another great job by Mr. Justin! 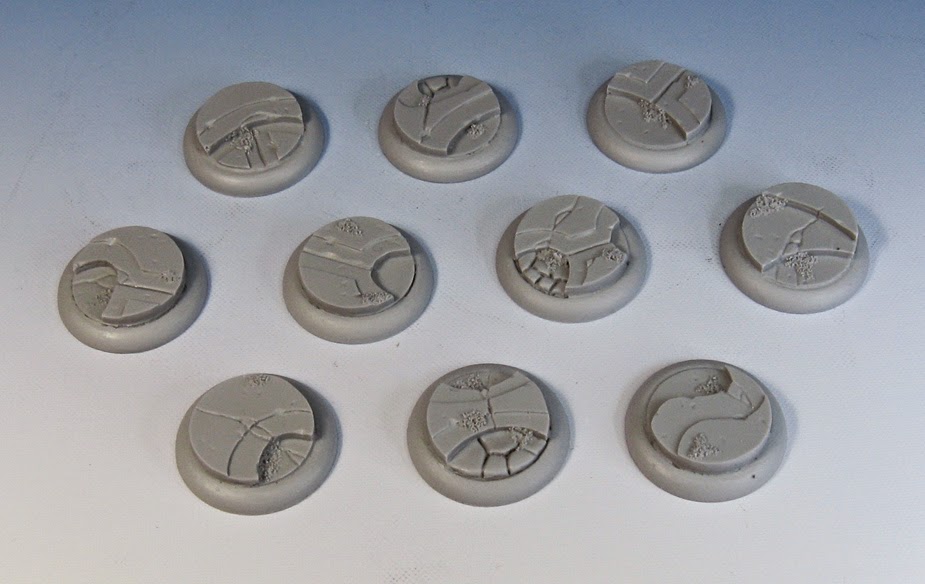 New base... bigger base Here is a revised version of Mimreg Zain, a major character for the Holy Orders faction from Wild West Exodus.

This time, he is on the larger, and hence correct, base.  It makes a huge difference, as the close combat halo is affected a great deal by that larger size.

Even though the halo is smaller than some other close combat zones, the larger base increases that sphere of influence.  We are only just now starting to see how that adds a lot of depth to that part of the game.

We have yet to get into multiple combats, but various skill sets such as close work and other things provide a greater variety, and also more choice. 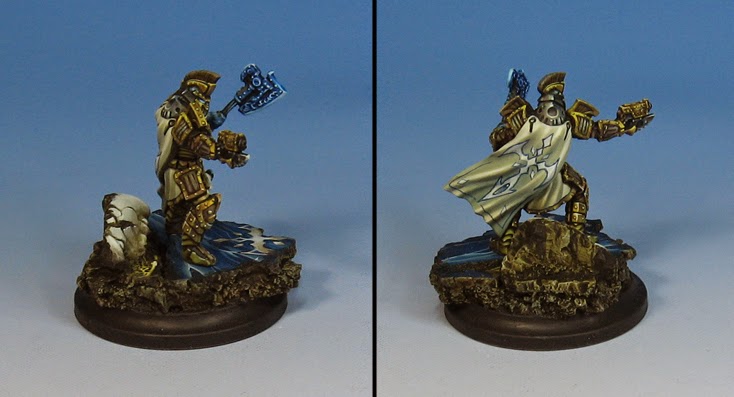 There are many occasions in WWX where you have a choice between more dice at poorer odds, or fewer dice, but a higher percentage.  Interestingly enough, this is similar to the Memoir '44 mechanic that we have found to be so enjoyable.

Lots of choices also means that there is less of the dreaded 'inevitability'.  Yay!