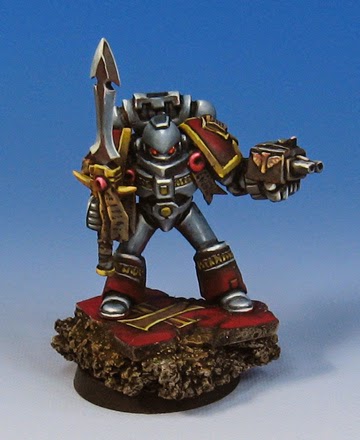 Here's an old timey metal marine that I converted long ago for the Demonhunters army.

I did some green stuff work on the lower legs, the chest and the helmet.  A different sword was added, and some purity seals.  I also added a storm bolter. 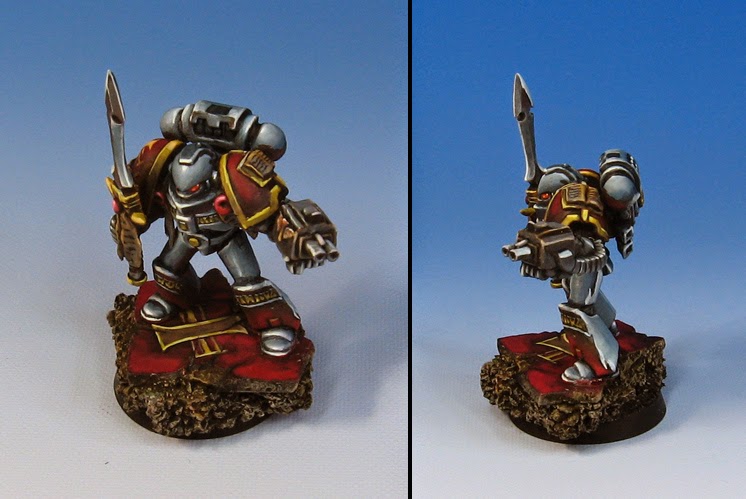 And, as a comparison, I shot the figure again using one of the other Hangar 18 backdrops.

It really does make quite a difference!  Wait until you see the Krios with different backdrops.

Posted by wappellious at 3:36 PM 2 comments:

Breaking out the Big Guns 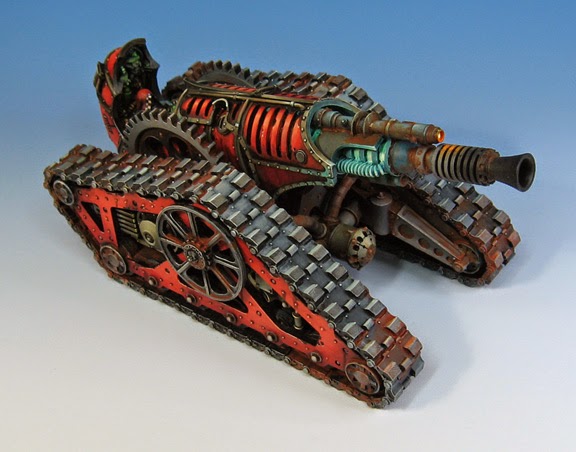 It was not the biggest thing that I have ever painted, but the "inside out" nature of this piece made it far more challenging than I expected.

It was actually more involved than a land raider, since there are more surfaces to paint.  So much exposed stuff, layered on top of each other.

Even though it was not huge, I still brought out the colossal photo backdrop from Hangar 18.  I think I could have squeezed it onto the 11 x 17, but look at how much room this setup gave me! 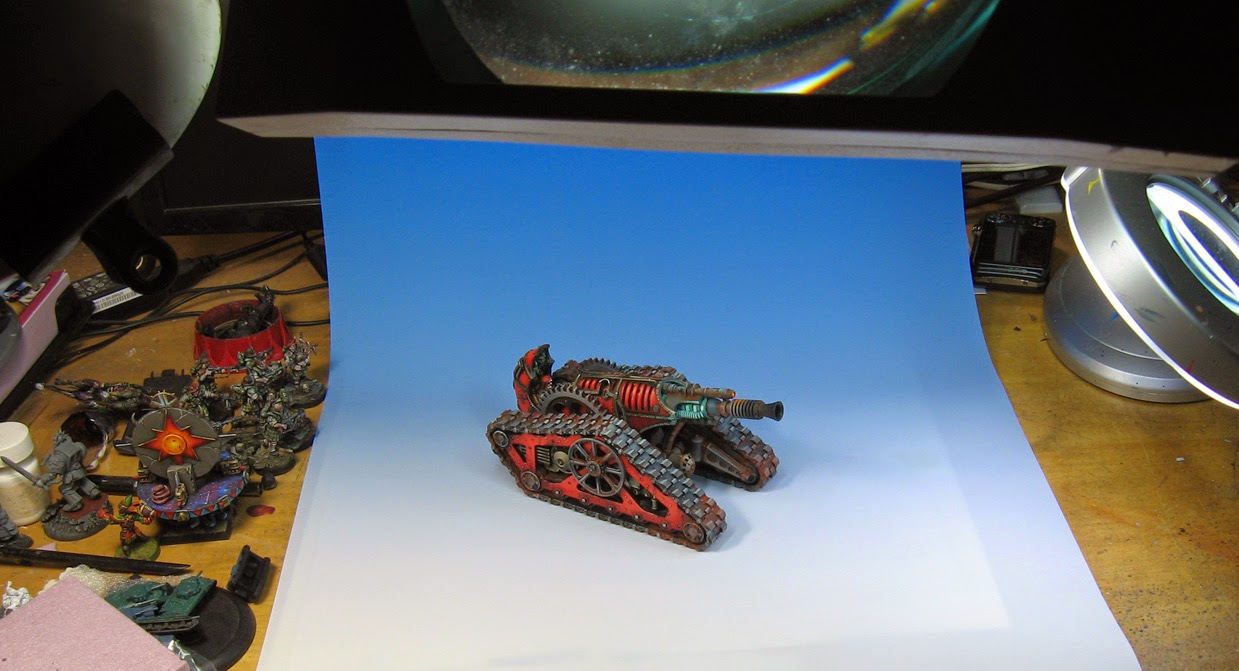 I didn't realize until after I had glued the final pieces together that the gun is supposed to be moveable!  Yikes. 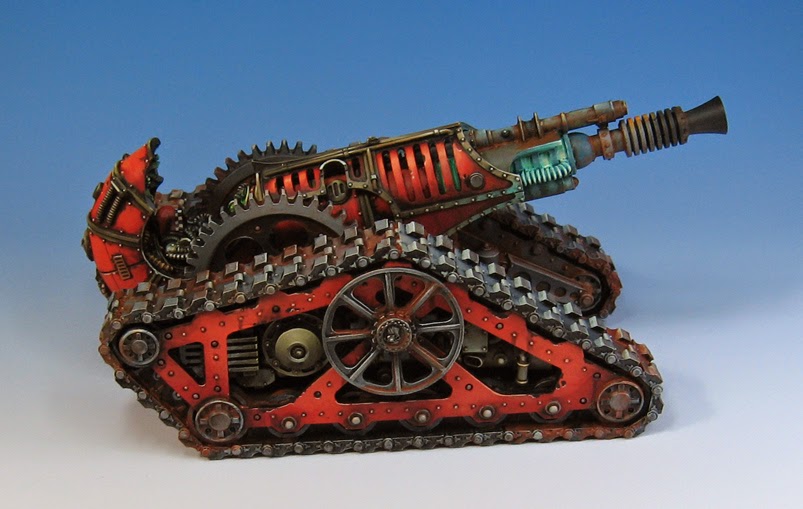 Otherwise, the gun would never have stayed in the raised position. 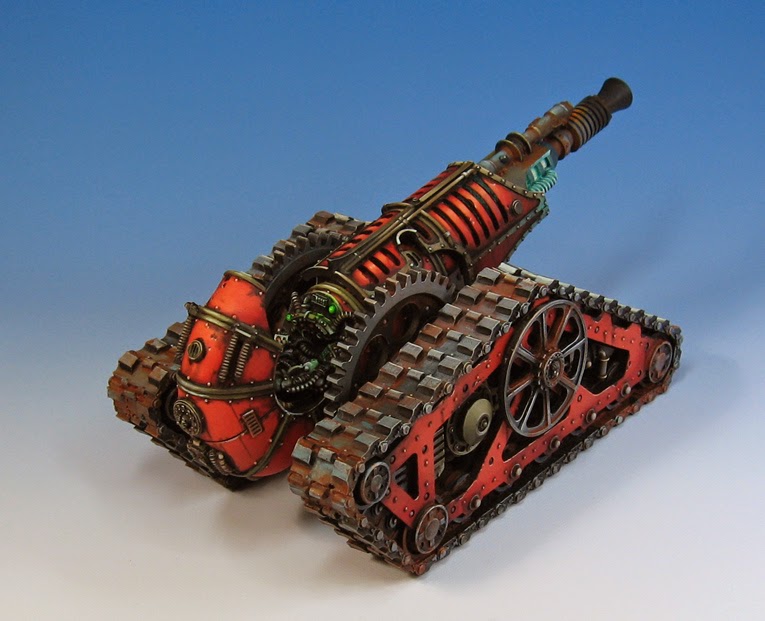 It is nice to see the whole thing together.  There were many elements on this that I dreaded to paint. 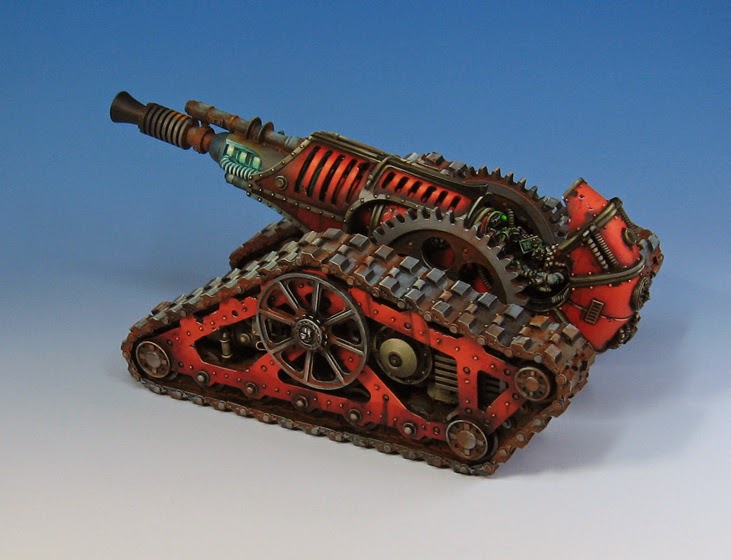 I am definitely glad I stuck to the initial plan pf painting as much as possible before ever gluing pieces together.  This can also be risky, since you have a chance of painting the wrong gradations on a given surface. 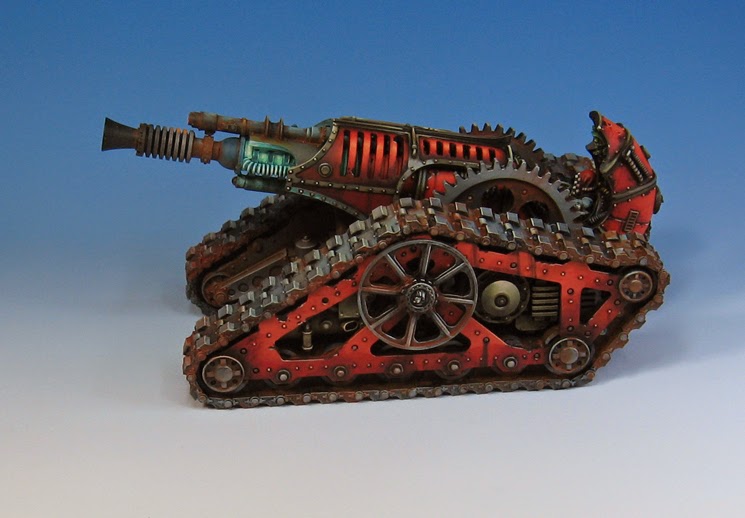 It is not uncommon for me to have to go back into certain spots and rework them, so that the light looks like it is coming from the same direction everywhere. 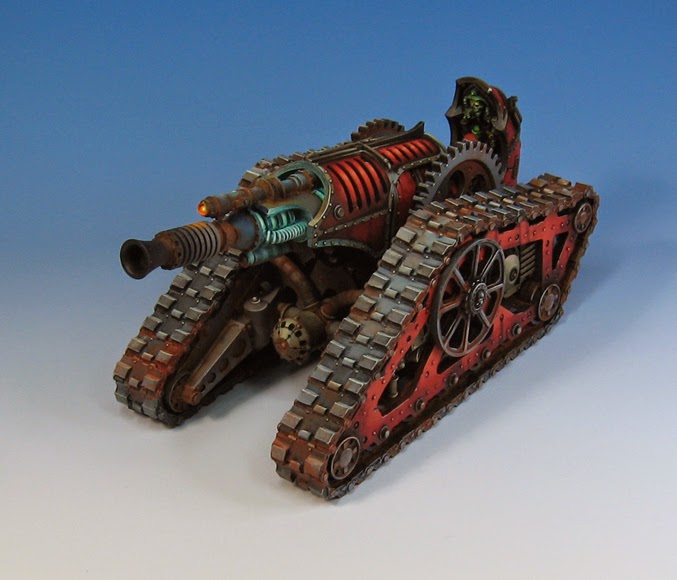 I had hoped to use a little less weathering, but Forgeworld stuff tends to force you into that choice. 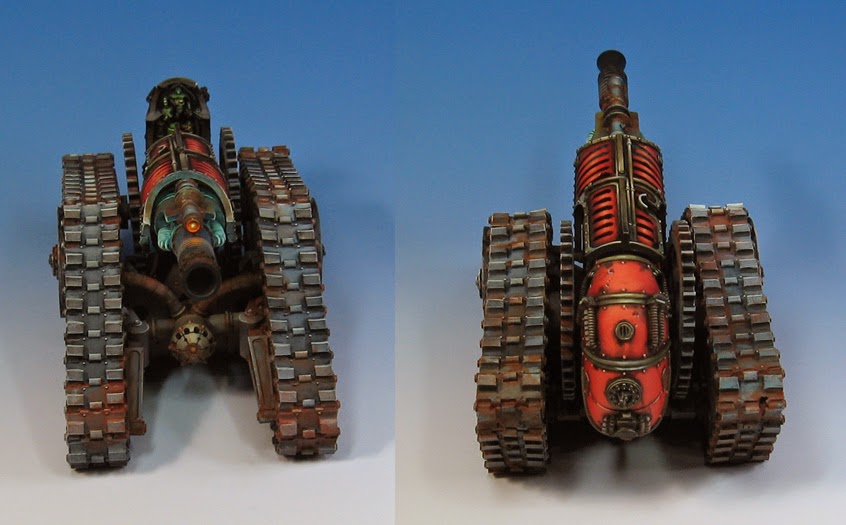 I am also glad that I chose to do the glowing effect, even if it was limited.  The color had to be red, like the Forgeworld example, but it was one way of making this my own. :-) 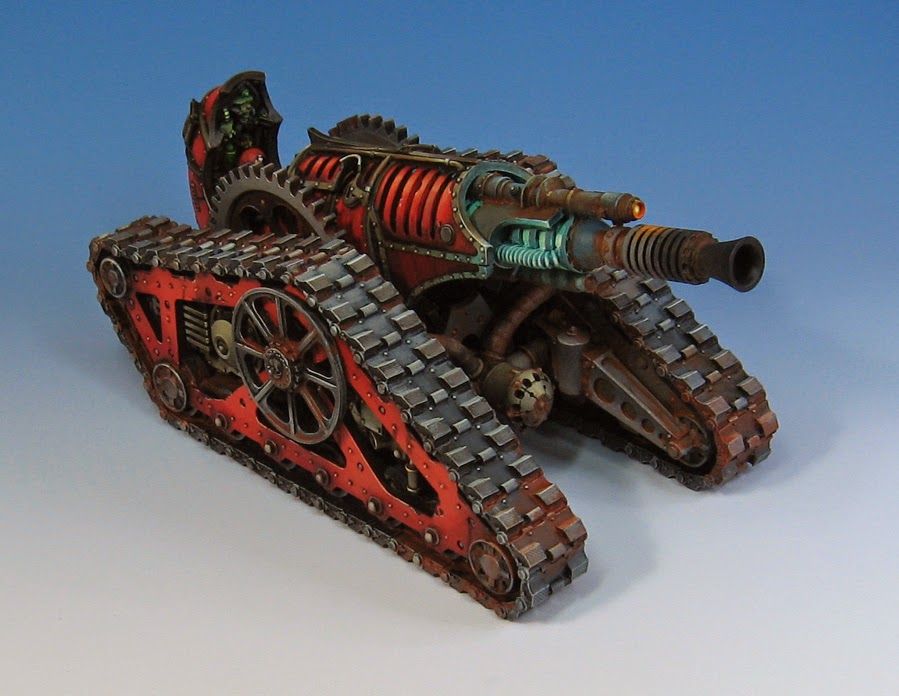 There are many more images to come, including a few sets on the other backdrops!  Stay tuned! 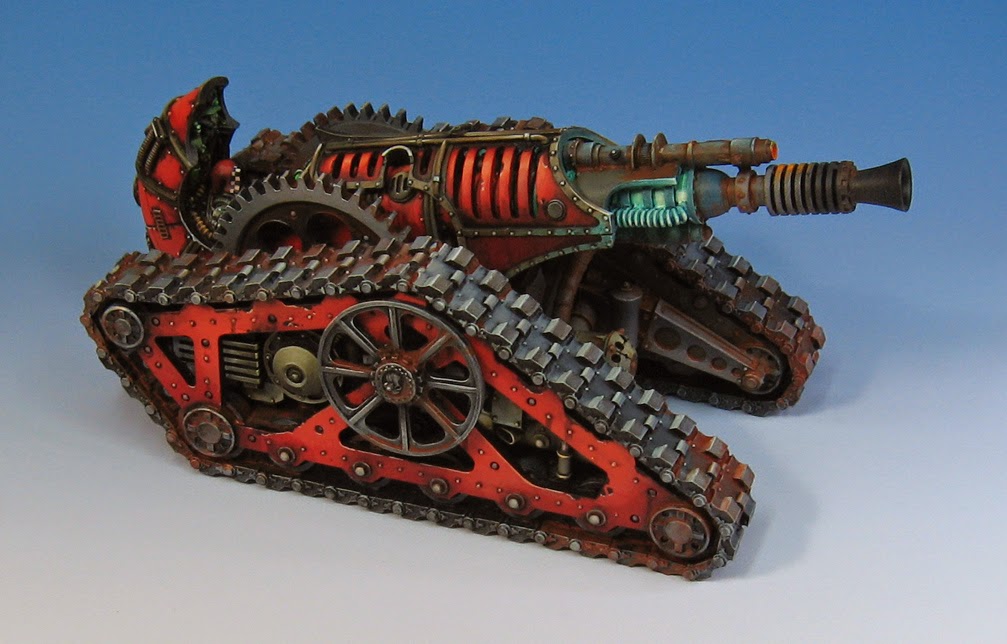 Posted by wappellious at 1:05 AM 2 comments: