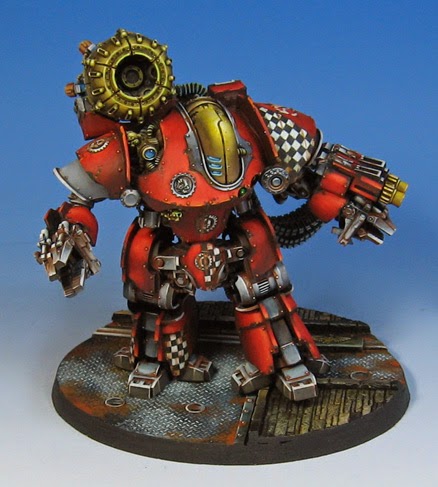 And yes, this thing is a beast.  One of the hands is just as big as a regular 28mm figure! 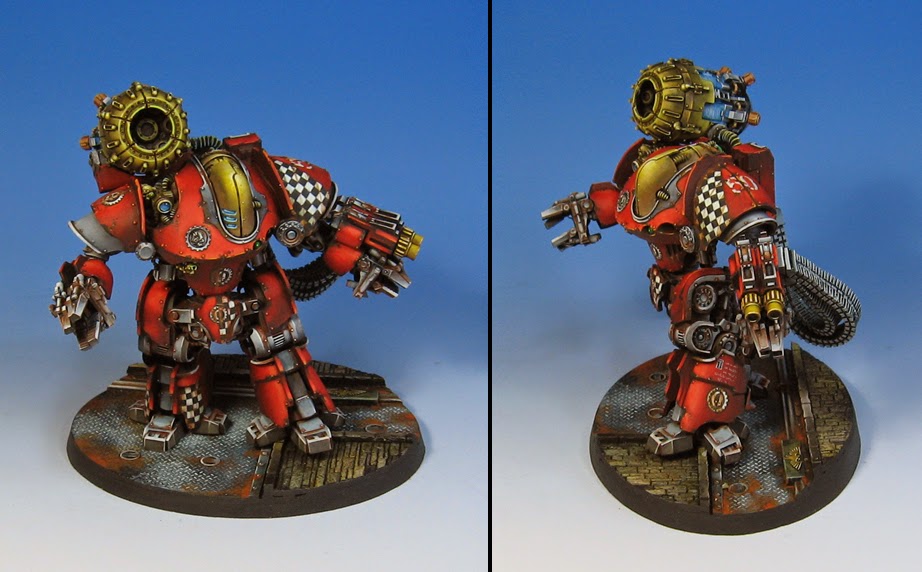 It's another one of those items where you have to paint most of it in individual pieces and then put it all together for the dramatic finish... 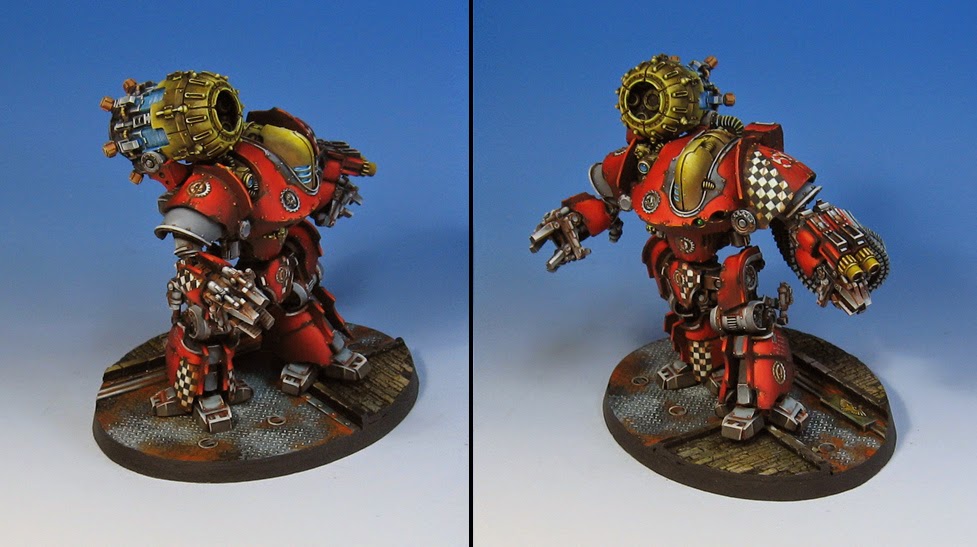 While the legs and arms are hard to position, the ammo feeds are a huge nightmare.  The double row makes it brutal...

I had to hit it with a hair dryer until it was almost at its melting point, and then grit my teeth as I forced it into place.  Let's just say that it was mighty toasty on the fingers!  Using gloves was not an option, since you would never be able to get the thing into the position that you need. 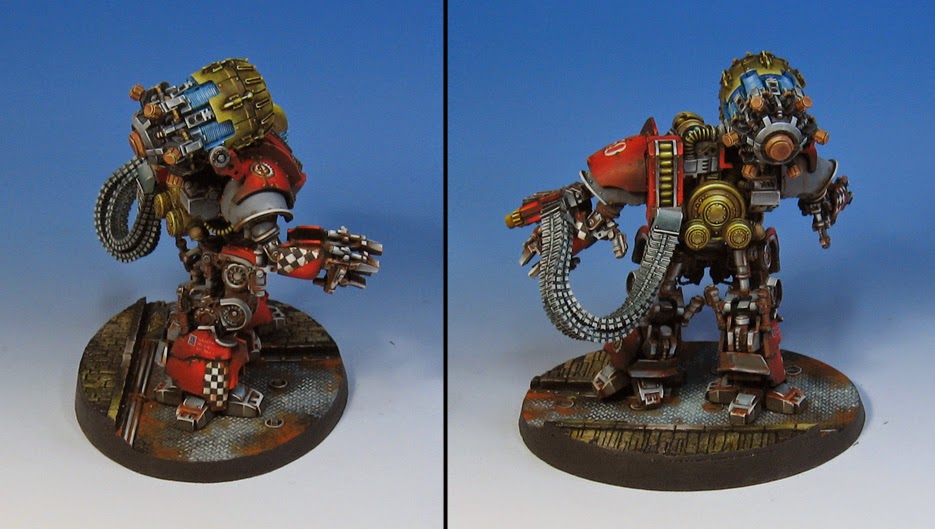 It is a little mind boggling to think about how many pieces there are in this guy. 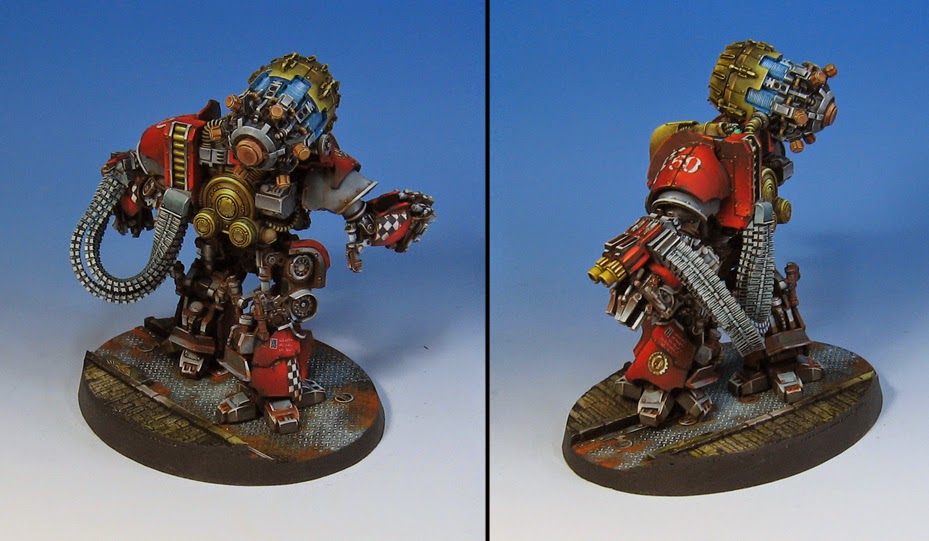 Quite a pile of resin! 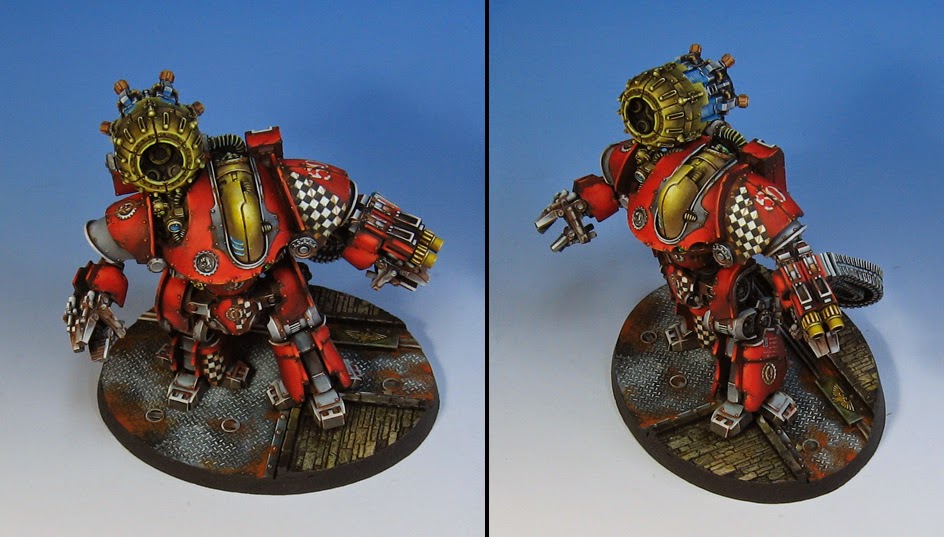 Combined with the base, it's pretty heavy. 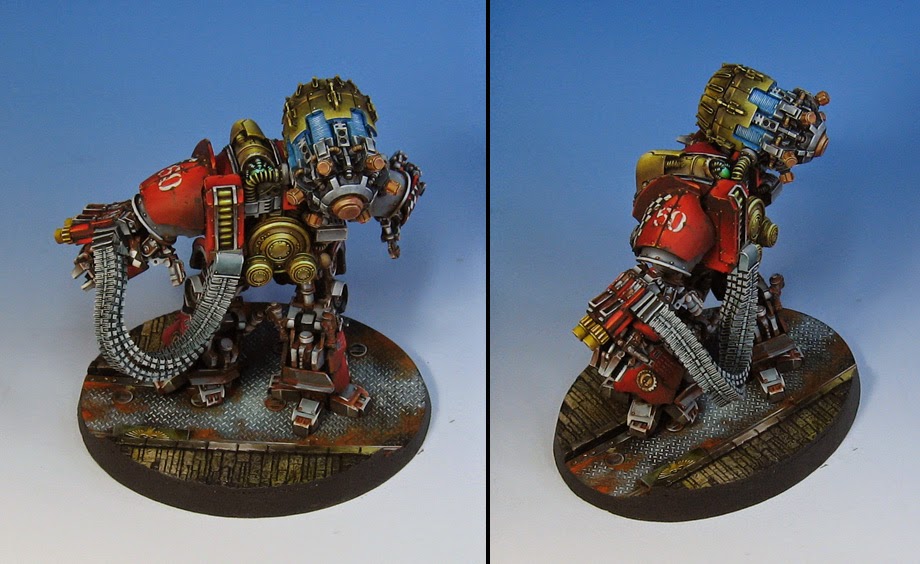 And guess what... there's another one on the way!! 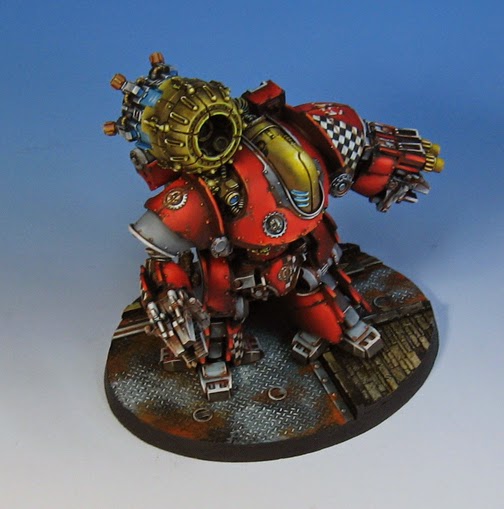 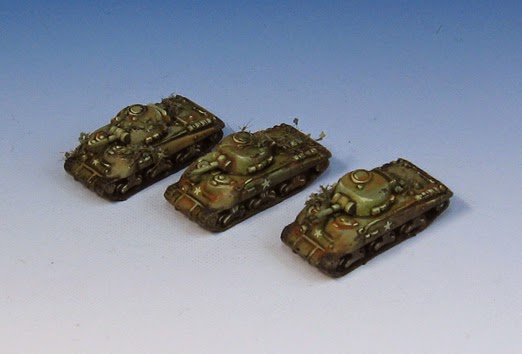 The the majority of the US tanks I am doing are meant for the Pacific Theater expansion of Memoir '44. I wanted to make some versions that had a bit more rust on them, as well as some foliage.

The rust bit was no problem, as there were many ways I could do that.  The foliage would be a different challenge, since these things are really tiny. 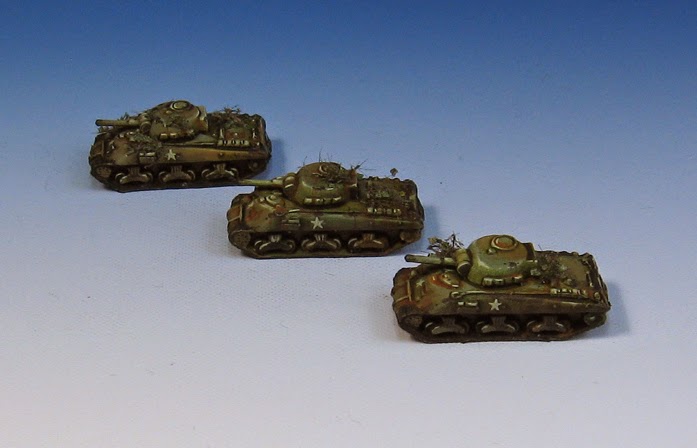 I ended up using Army Painter poison ivy.  It's a material I had already used on some infantry for the Pacific Theater. 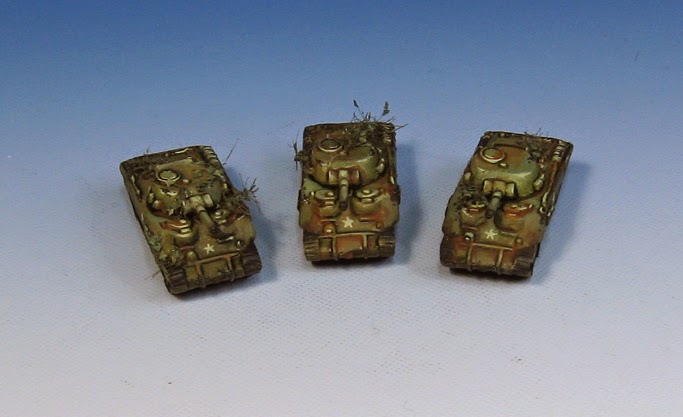 As it turned out, it was not a bad size. 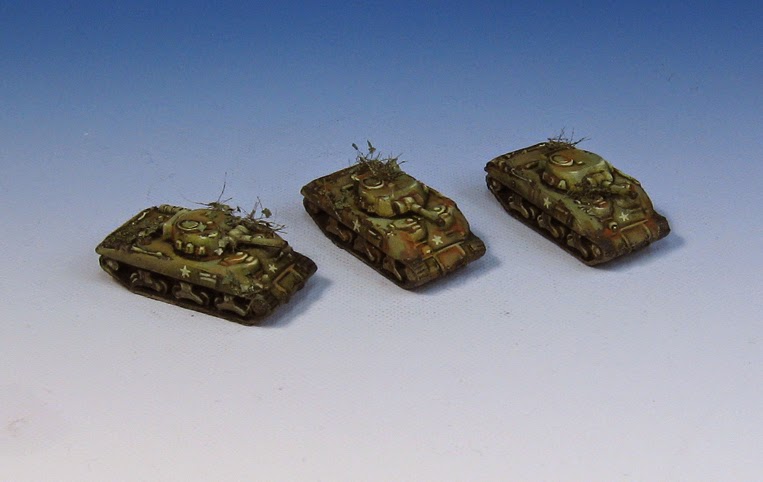 I was going to use some of my dried foliage, but that was just too large. 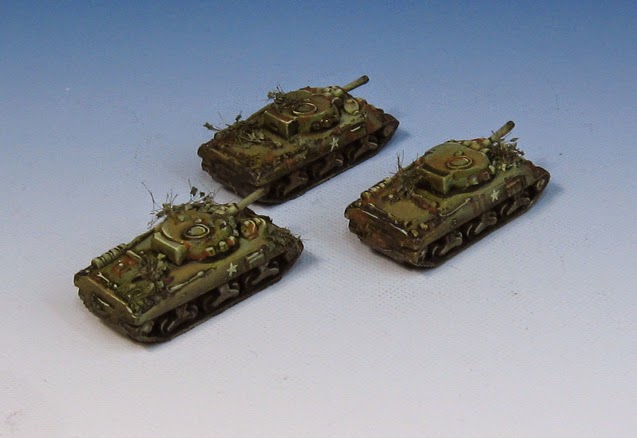 Here's a comparison to the last set of early war vehicles. 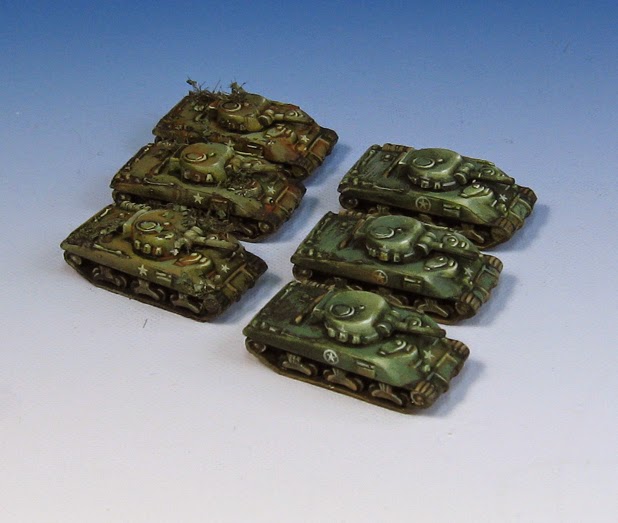 It's definitely interesting doing all these various experiments... I have learned quite a bit!!! 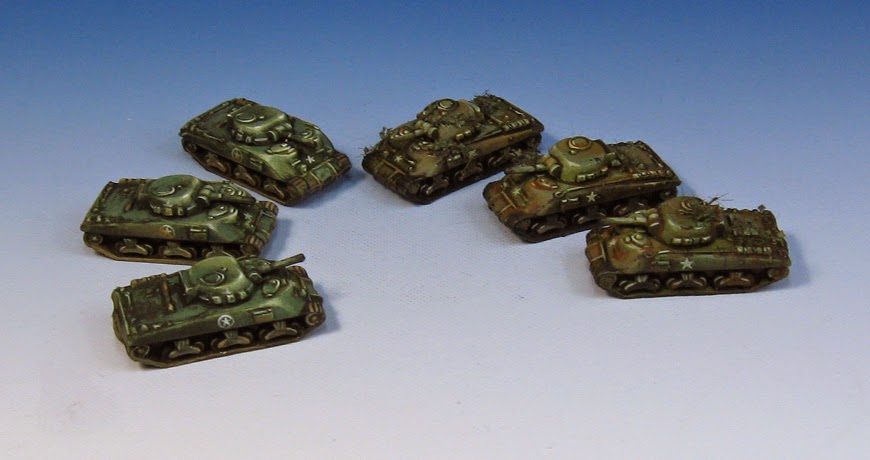 Posted by wappellious at 12:41 AM No comments: