Getting the most out of your yellows... 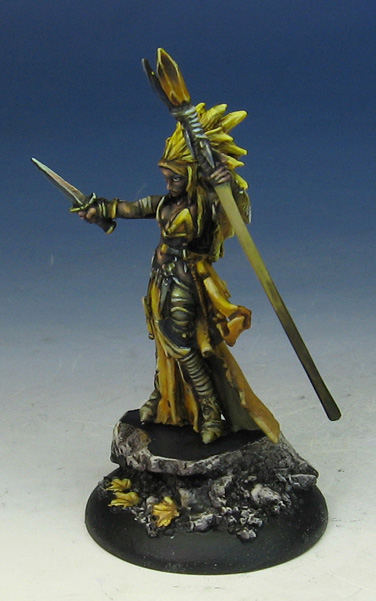 Here was the exercise for working your yellow colors beyond the "Yellow Space Marine" effect.

Just like the previous color theory videos, this one describes how to use those warmer and cooler versions of a color to create contrast and interest.
I made the feathers the lightest and most 'pure' colors, with the amber gem on the end of the staff, with the idea of making that a focal point. 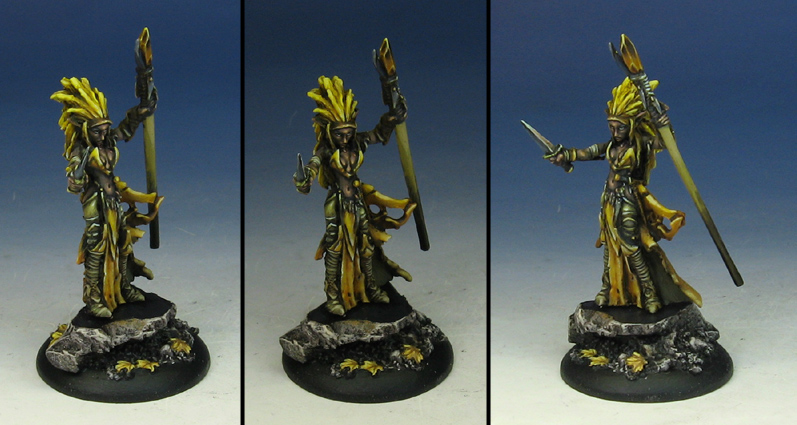 Many of your 'shadow' colors are brownish, but making these redder or greener allows you to get a whole range of colors.  I also used some leaves to do more orange yellow. 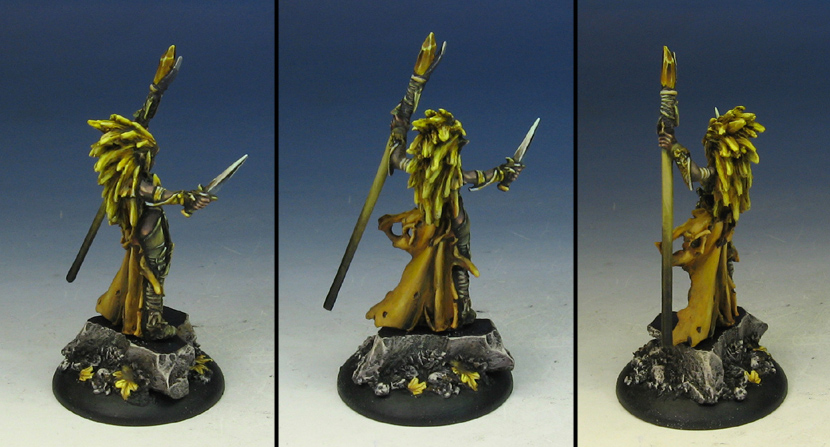 This was very fun, since I have only been using yellows as part of NMM or painting Imperial Fists.  The one color set I left out was the fluorescent paints, which is a key component of the Gold NMM. 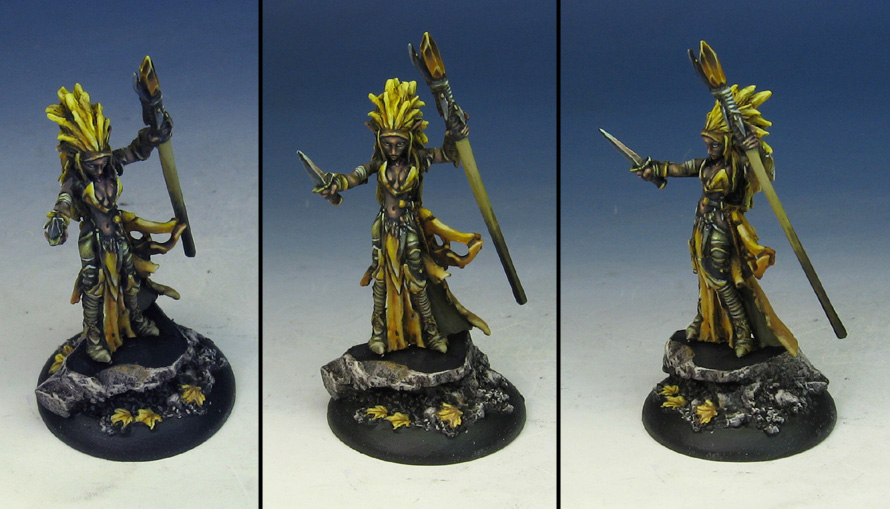 Posted by wappellious at 3:44 PM No comments:

Bones and Vampires... a box arrives from Reaper 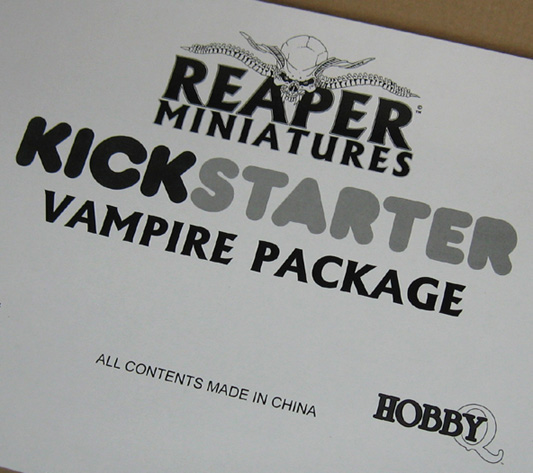 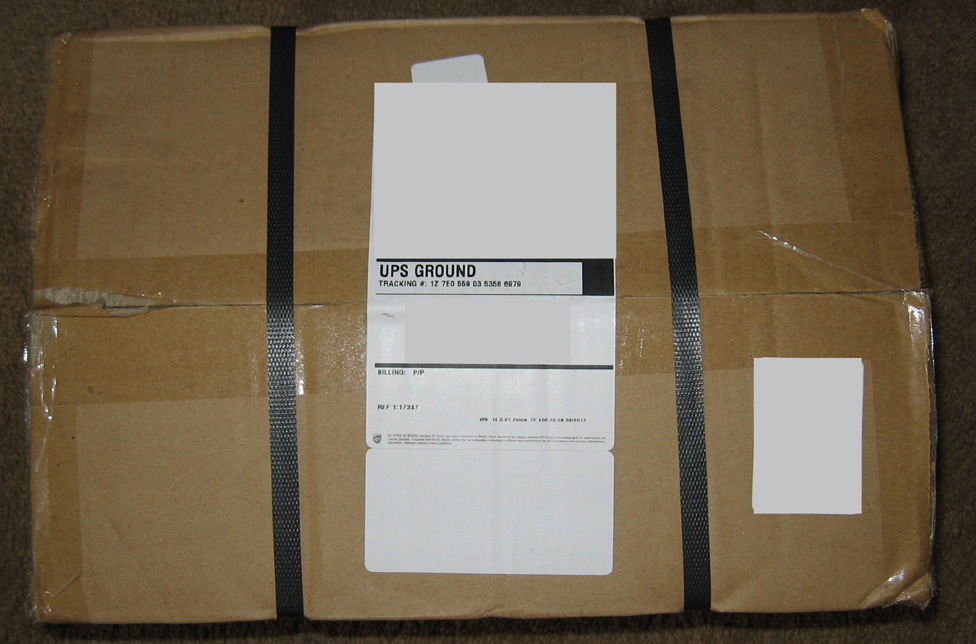 It was all ingeniously packed to get a maximum amount of stuff in a smallish box, without compromising the safety of the contents. 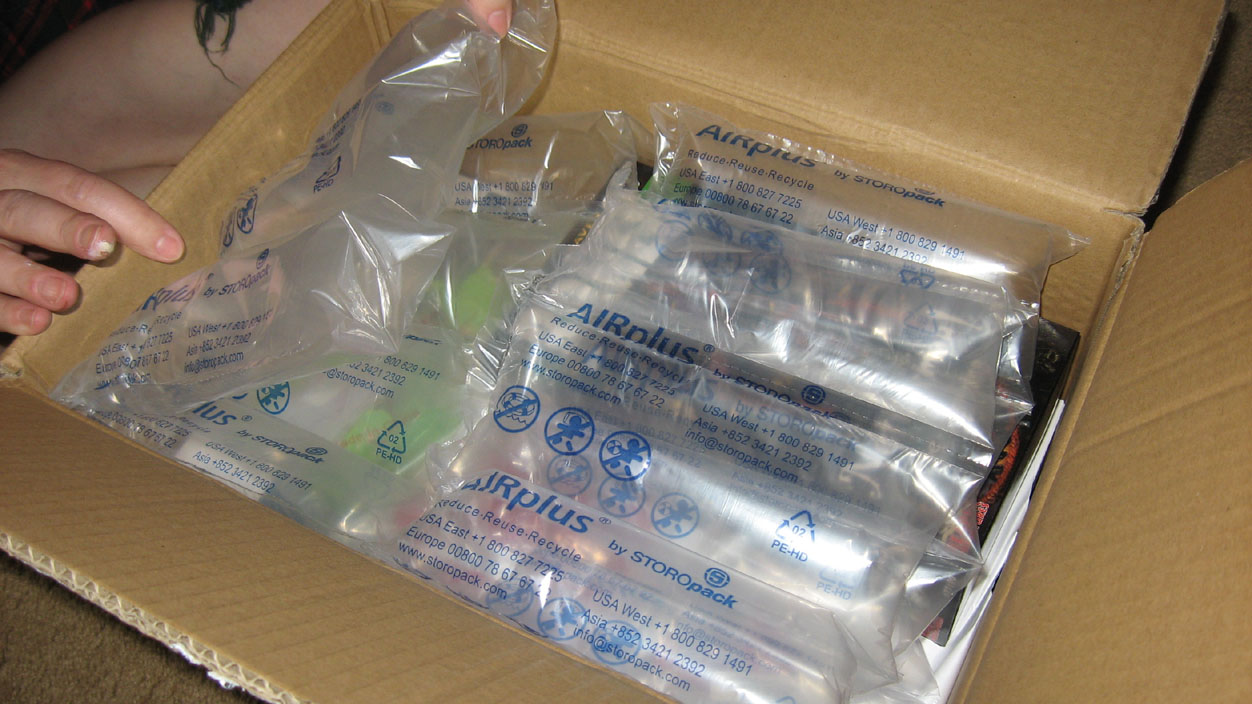 On top were some of the 'extras'.  These were the elementals that I was hoping to use for the glowing fluorescent paints. 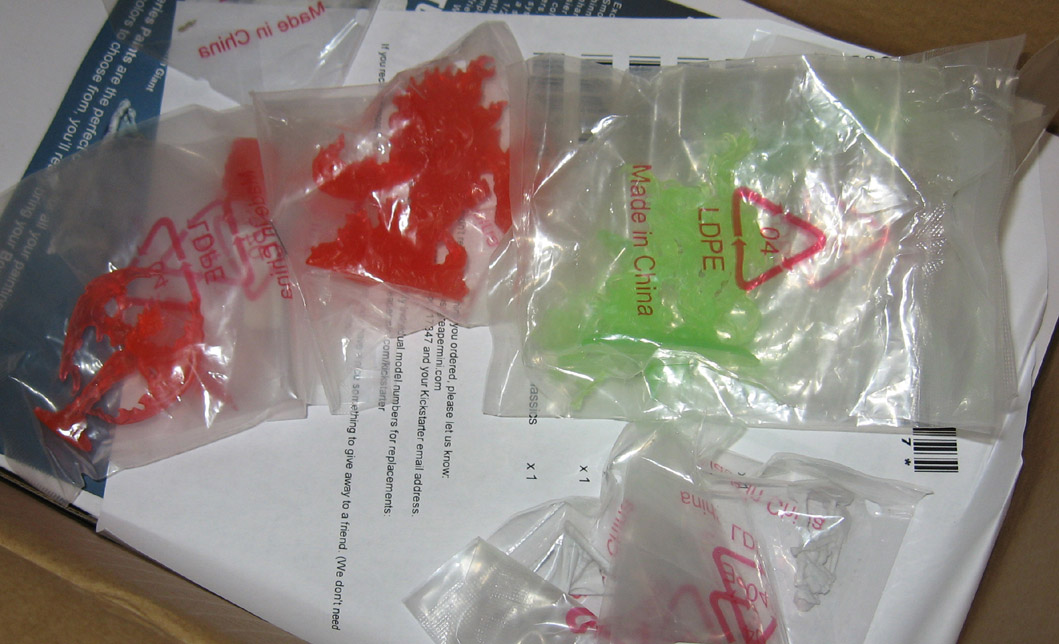 Later this year, or early next, I would like to shoot a painting video of making the dragon come to life...  that would be very fun!  My initial thought is to have him perched above a lava canyon... 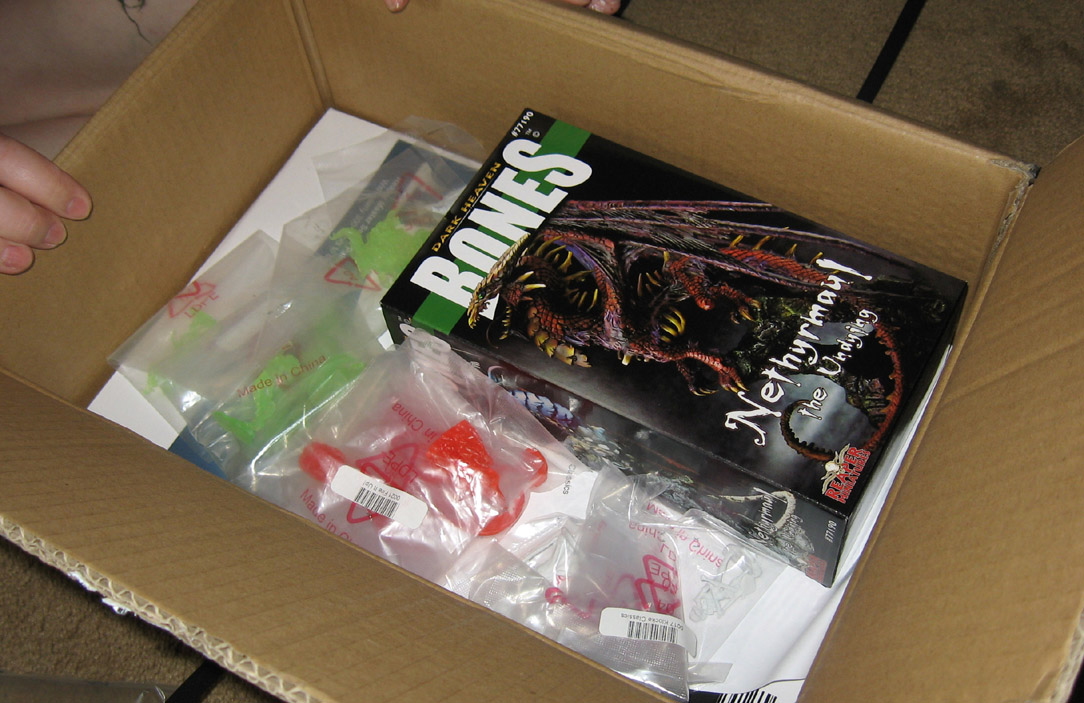 Then it was on to all the major bags of figures.  We went through each one... 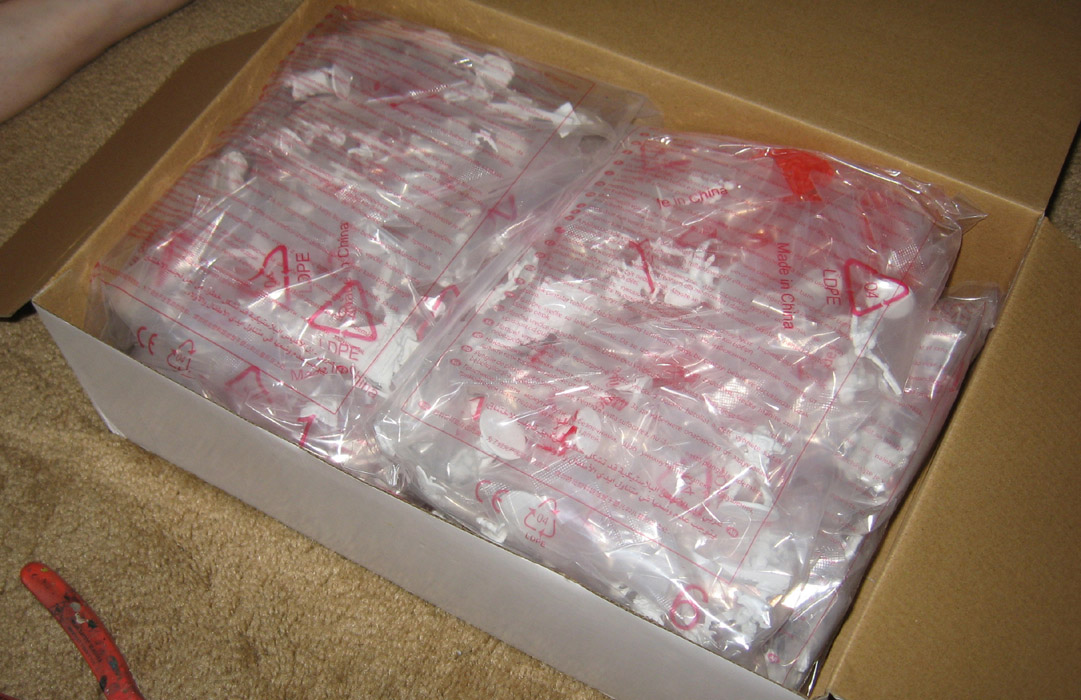 And tried to separate them into some generalized groups, which would be broken down further. 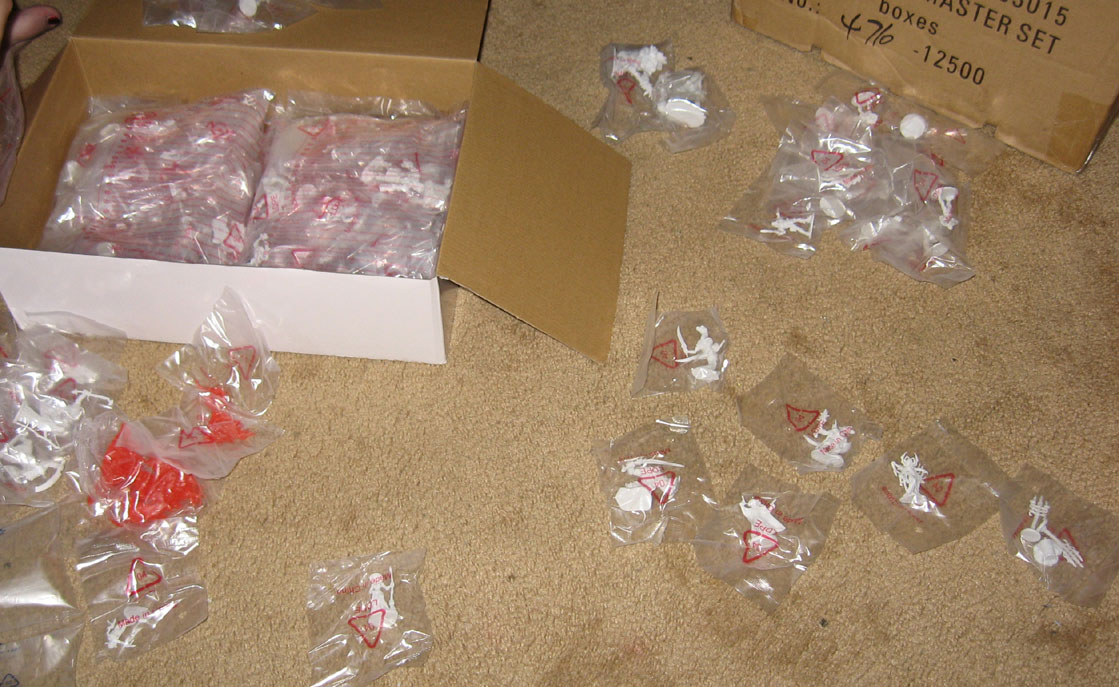 The elementals were just as neat as I thought they were going to be.  The clear plastic that was used on them is a bit stiffer than the white plastic, which is helpful! 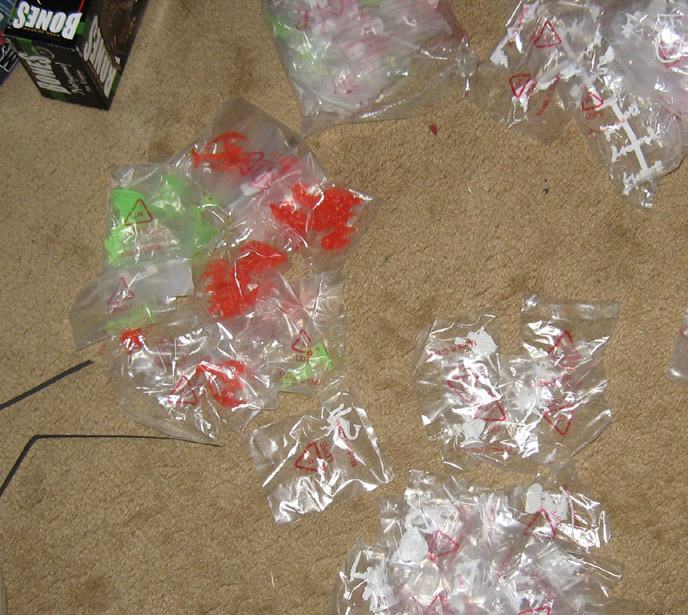 Some of the piles were put in boxes until I could get some smaller ones to isolate the final groups.

It took up all of my currently unused boxes that I had been saving to group them all!  Even then, some of the boxes have multiple categories inside. 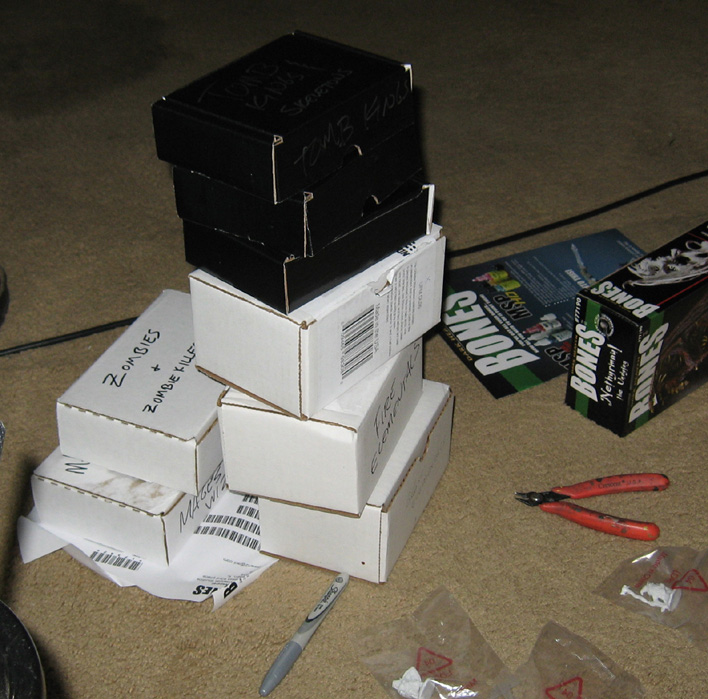 Here are a few groupings.  The first was a collection of figures which we thought would make great Zombicide characters!  My favorites were the park Ranger and Disco Stu.  Zombies invade the Possum Lodge!  We will have to add hockey stick weapons to go along with that goalie mask!

I was surprised at how many we ended up setting aside! 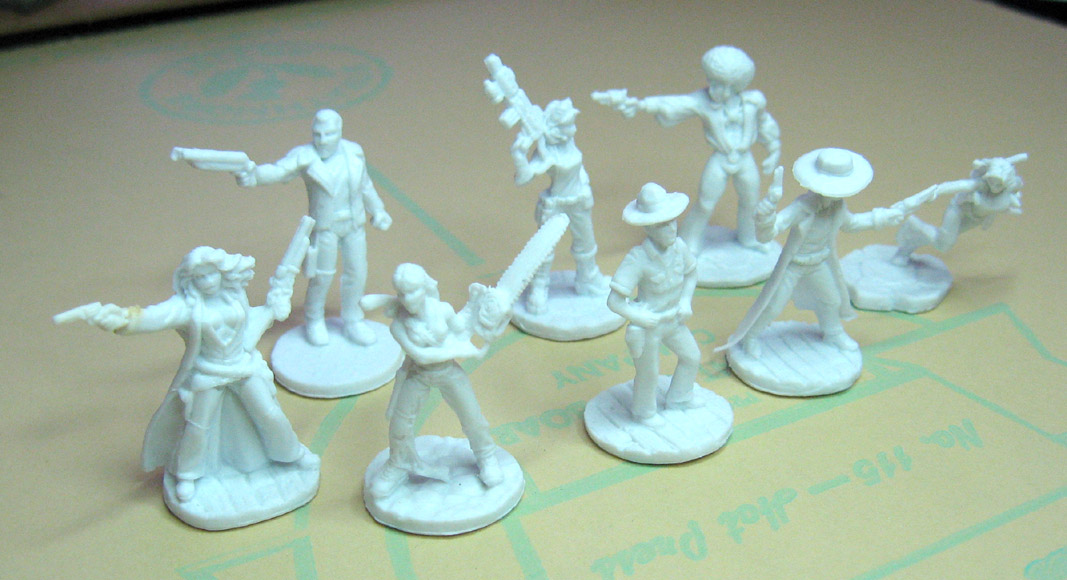 Oh, and there were zombies, too!  Maybe we won't run out of walkers so quickly... 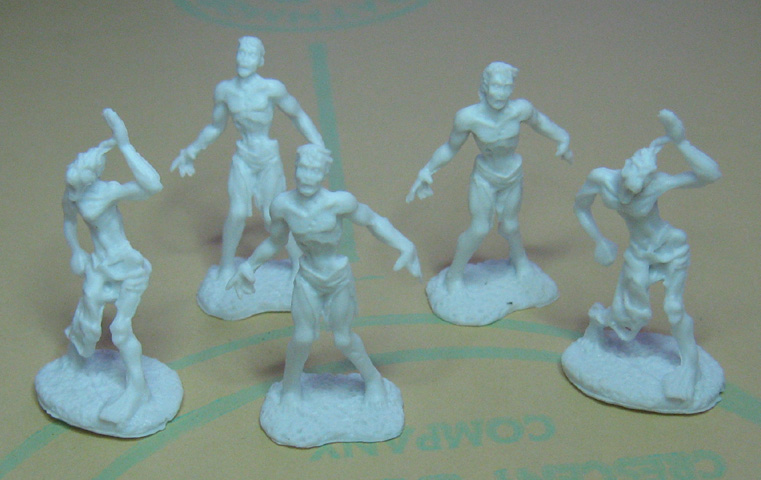 This set was also fun.  A little support for an Imperial Guard army.  These were going to be the original camo figures for that video, and may still be used... 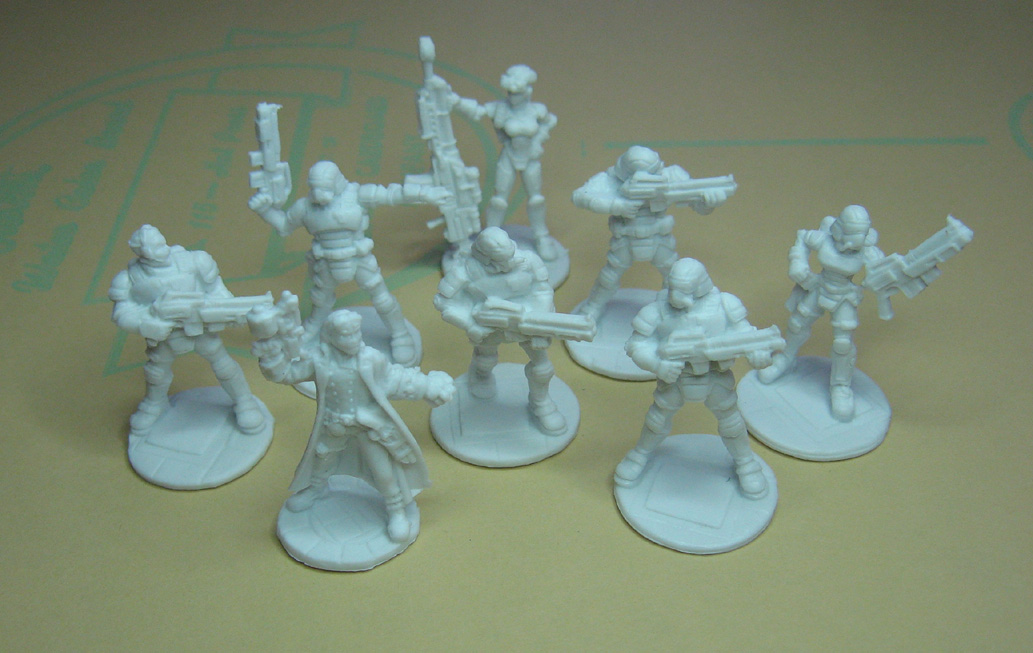 There was so much more.  I will try to do some other posts like this when I get to the elementals and other fun figures.
While we would all love to go back to the days when you could get a nice metal figure in a blister for around $2 (or even less), that is just not the world we live in anymore.
These were quite nice, and will be very handy for all kinds of future projects!

I hope you enjoy yours!

Posted by wappellious at 4:47 AM 8 comments: