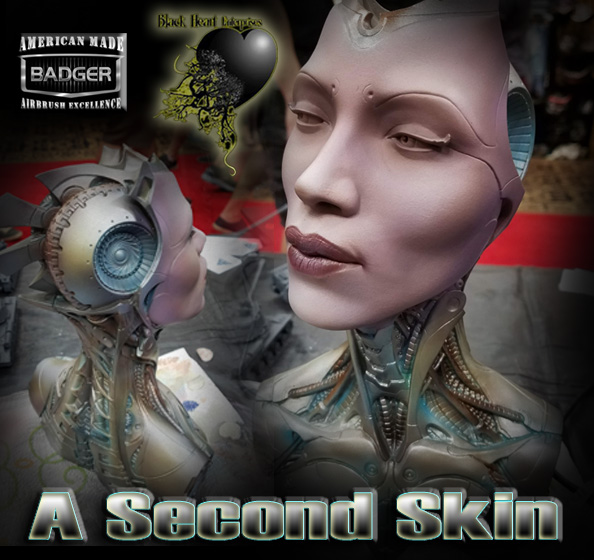 We are finally back from GenCon, and the unpacking process is still under way!  This year was really interesting, and that started right off the bat when George put this massive 1/2 scale bust in front of me!

It is of his own inspiration, and he did a masterful job with it.  We thought that it would be the prefect subject to try out the new Badger Metalsmith paints as well.  Nothing like tryout out a new medium for the first time on a scale you have never attempted before... in front of a live audience no less.

I began with a neutral grey primer.  The set comes with a white and a blueish black, which allows you to get a lighter or darker look to the metal colors that you are spraying on. 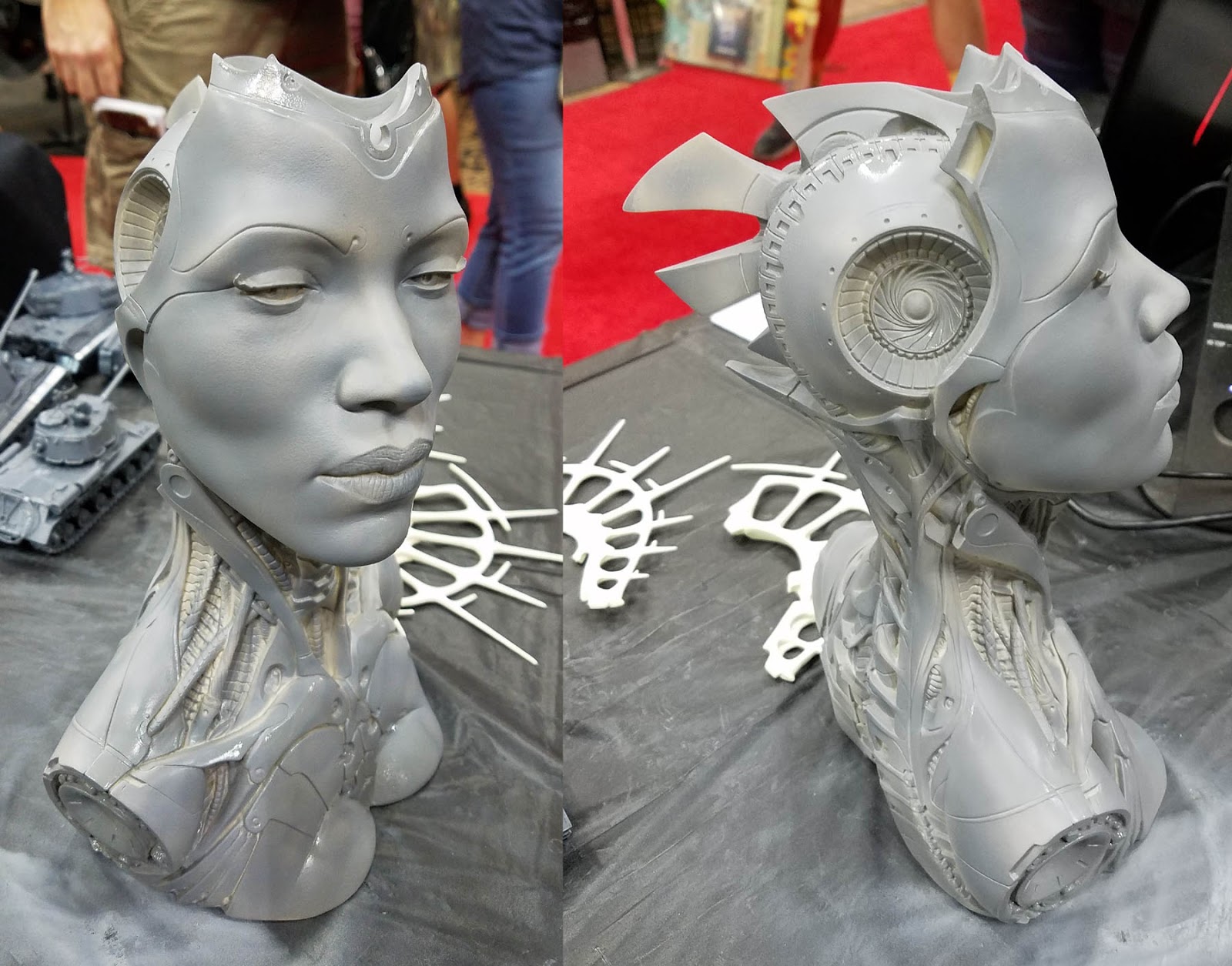 At one point I even mixed a little of the black primer in with the grey to darken it.  I started to layer on some more of the Stynlrez primers on the face, since we wanted to determine if that should be non-metal tone.  The rose colored primer was sprayed over the grey in more of a dusting, so that it would almost be a purple tone.  I eventually went over that with more of the "flesh" colored primers. 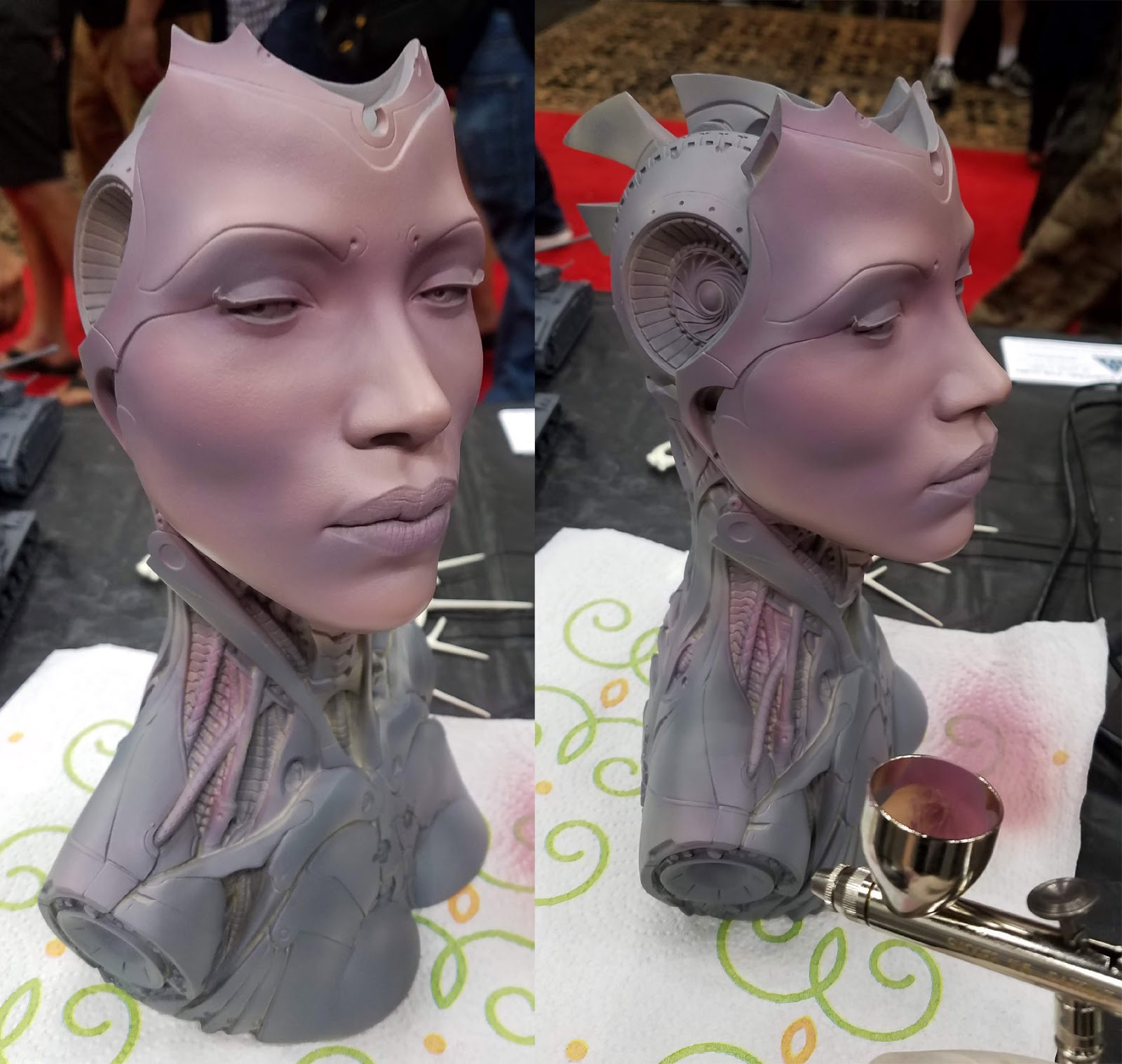 I knew that I wanted some blueish glow in some interior areas, so I added the Plasma Fluid Ghost Tint to the white primer. 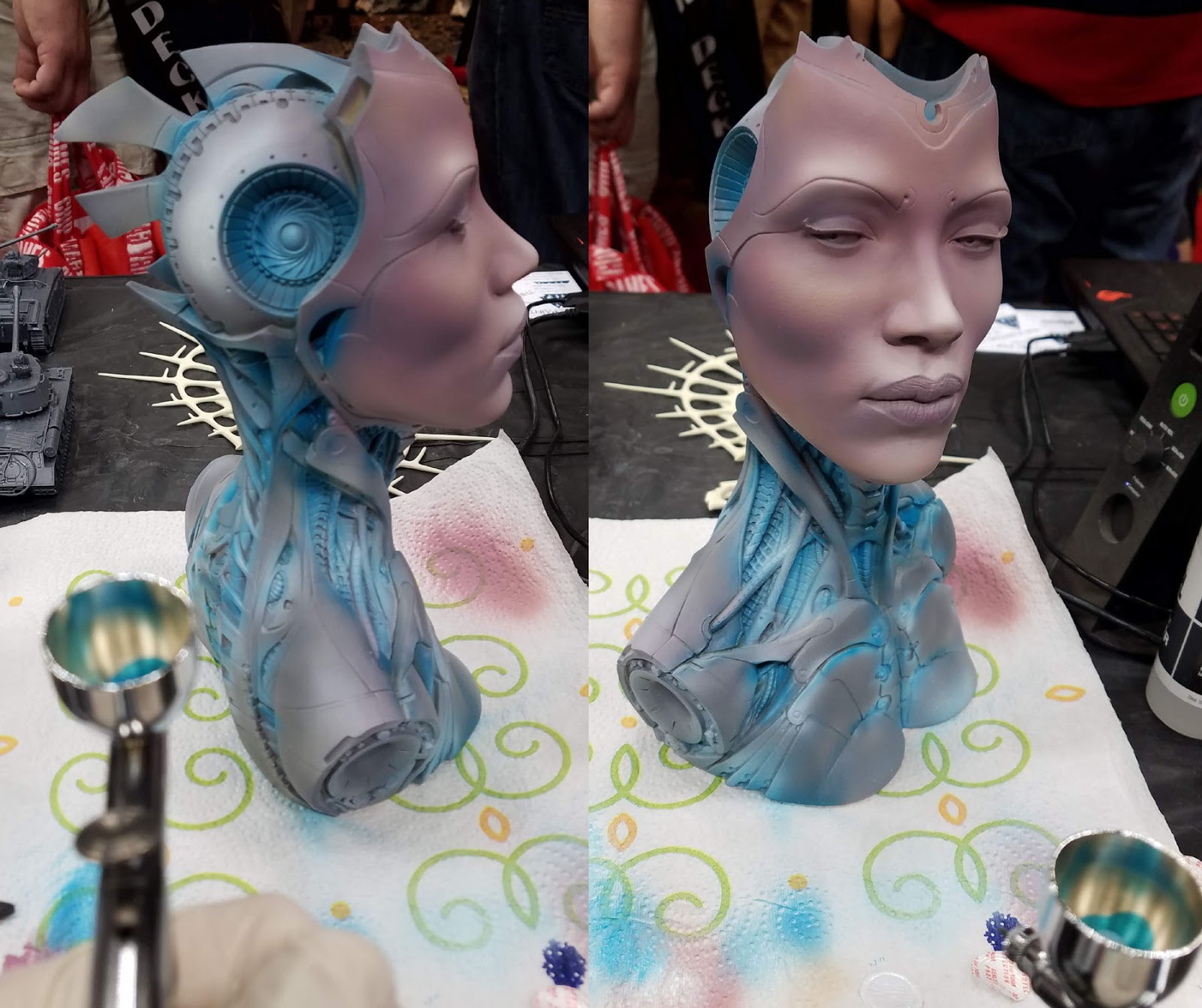 I didn't know exactly what kind of metal colors I wanted on the torso, so I experimented with some of the 'gold' mix.  That is, you take the metal colored primer and mix in the gold Ghost Tint (usually about 3-5 parts Ghost Tint to metallic primer).  This goes through the brush very nicely, and you get a decent, fine grain metal on the surface. 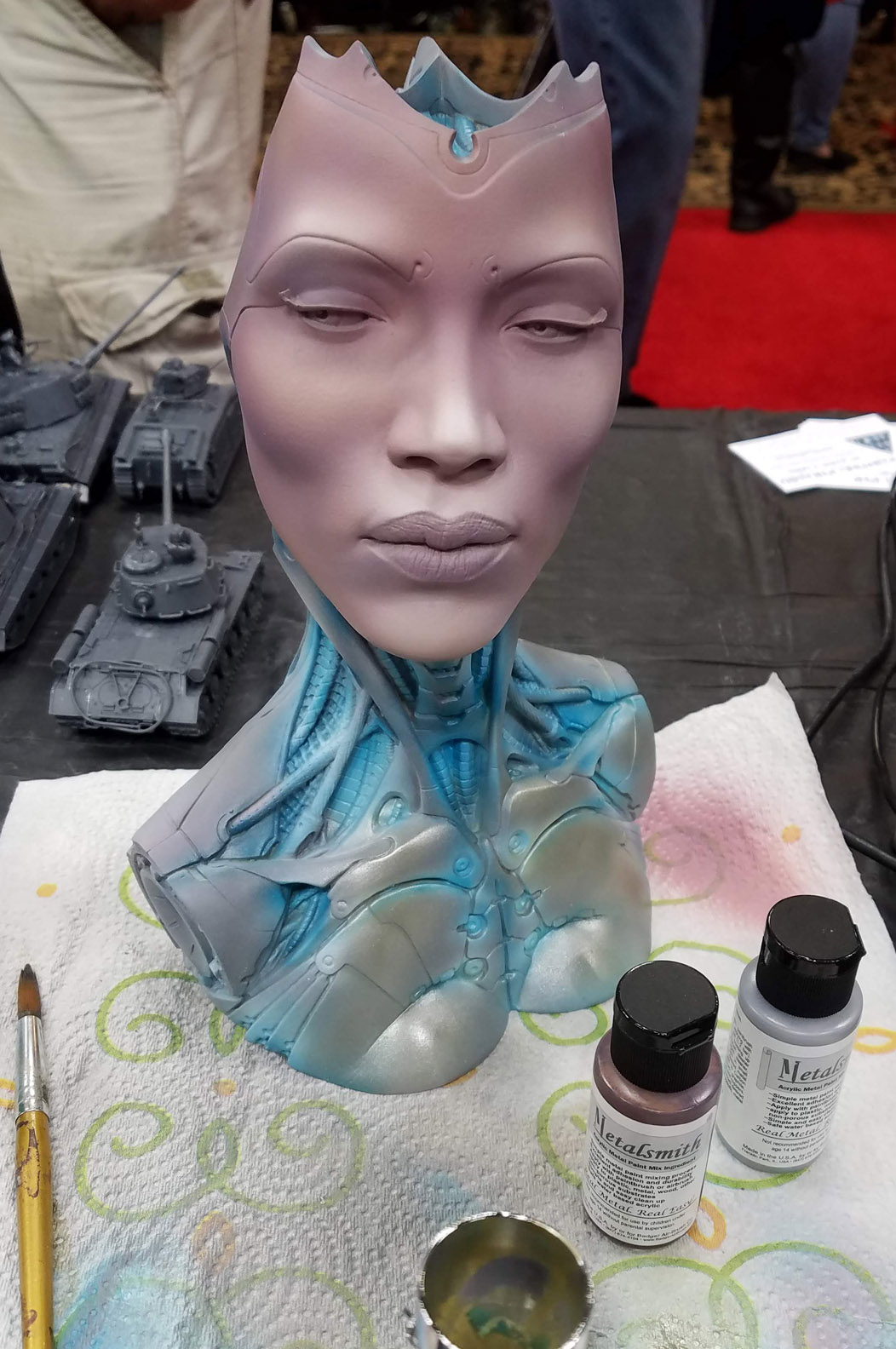 I added more dark shades of Ghost Tints (such as the Iron ore shade) and even some "regular" Ghost Tints such as brown and Oil Discharge to create darker metals.  This is usually the bugaboo for "metallic" paints... getting lighter and darker colors. 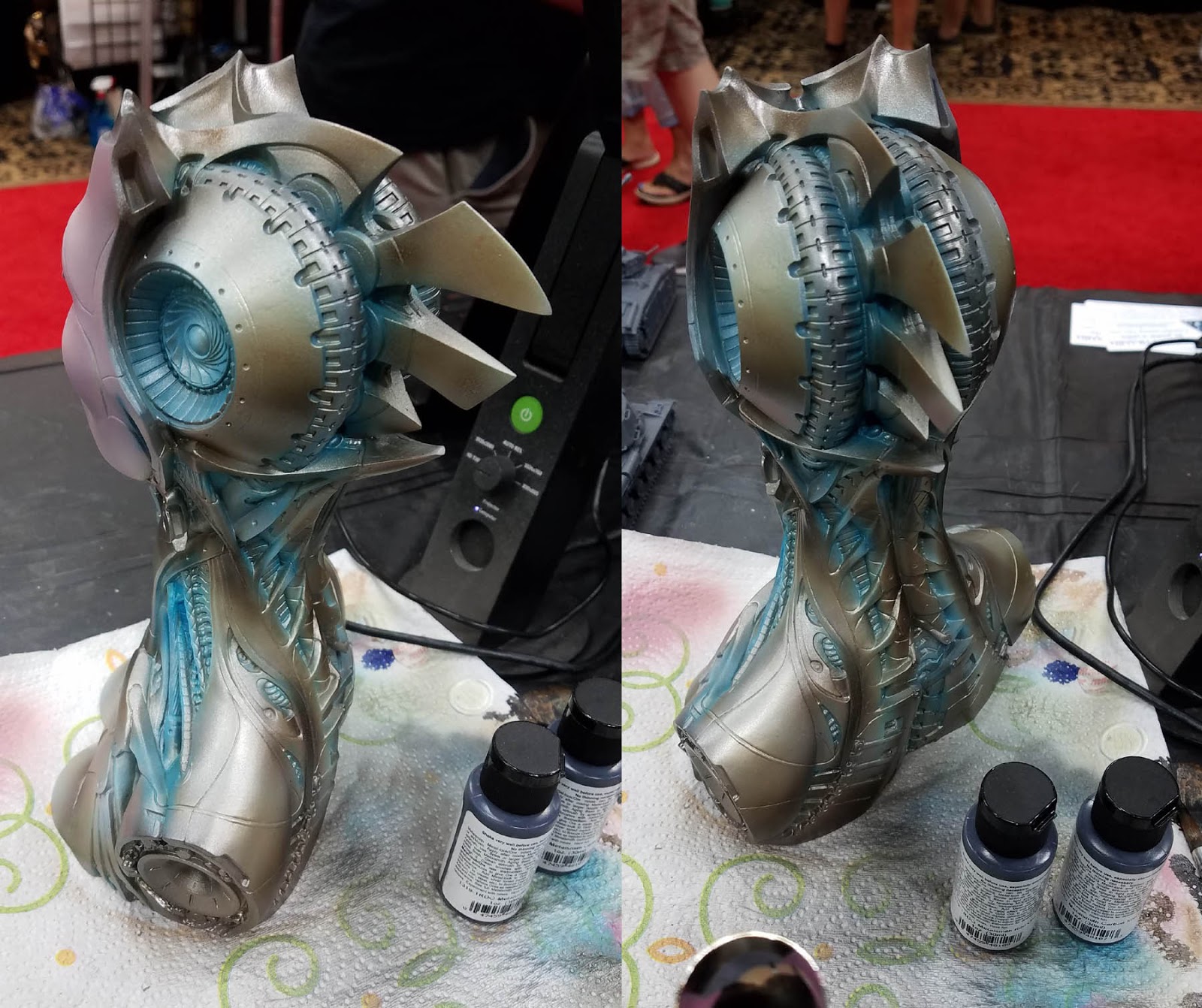 In some cases, I mixed the Plasma Fluid with the metal primer, and got a very nice blue metal! 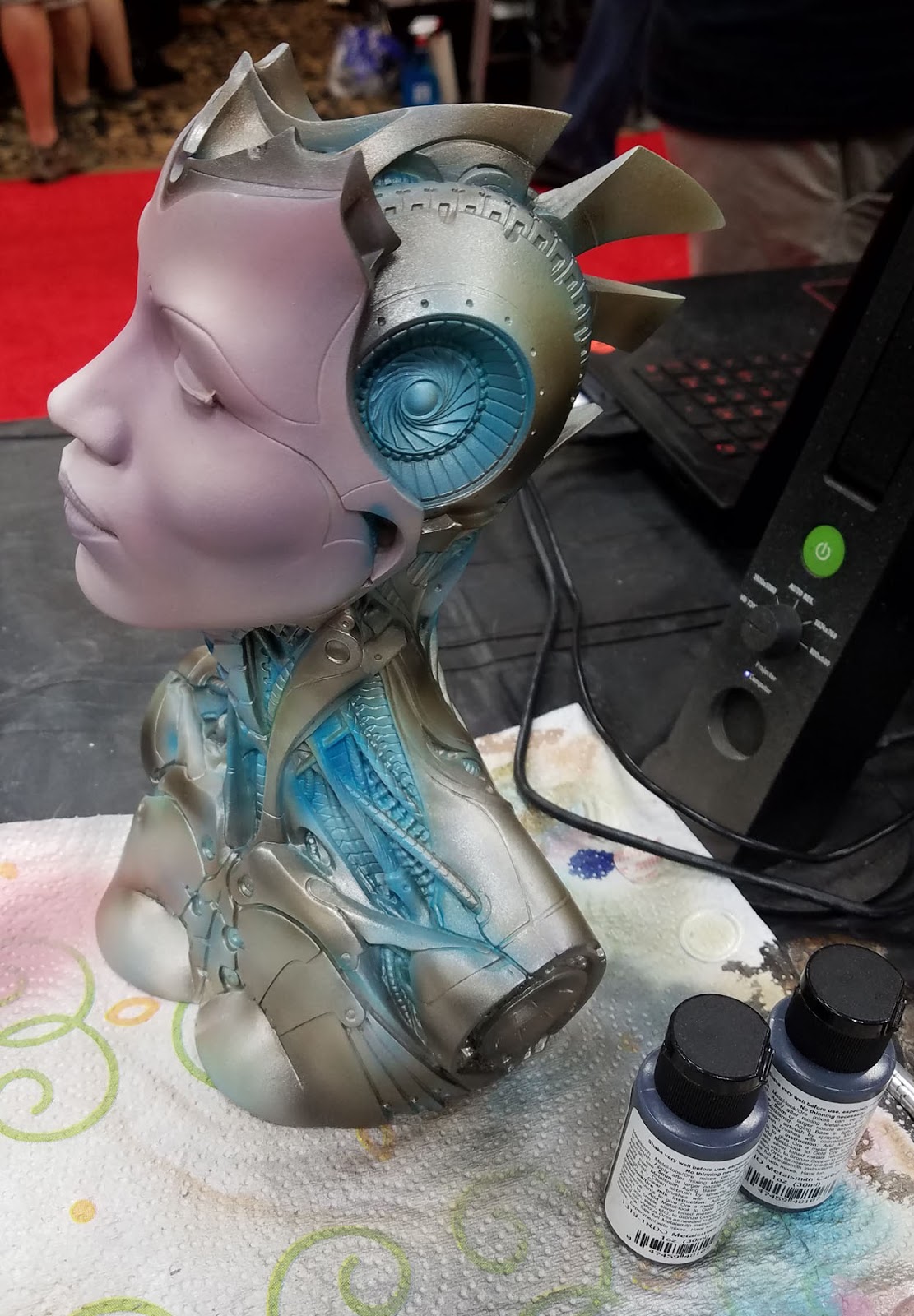 Here I was using a lot of the darker Ghost Tints to deepen my shadow colors.  As long as you have a tiny bit of the metal primer in there, you will still have a metal sheen. 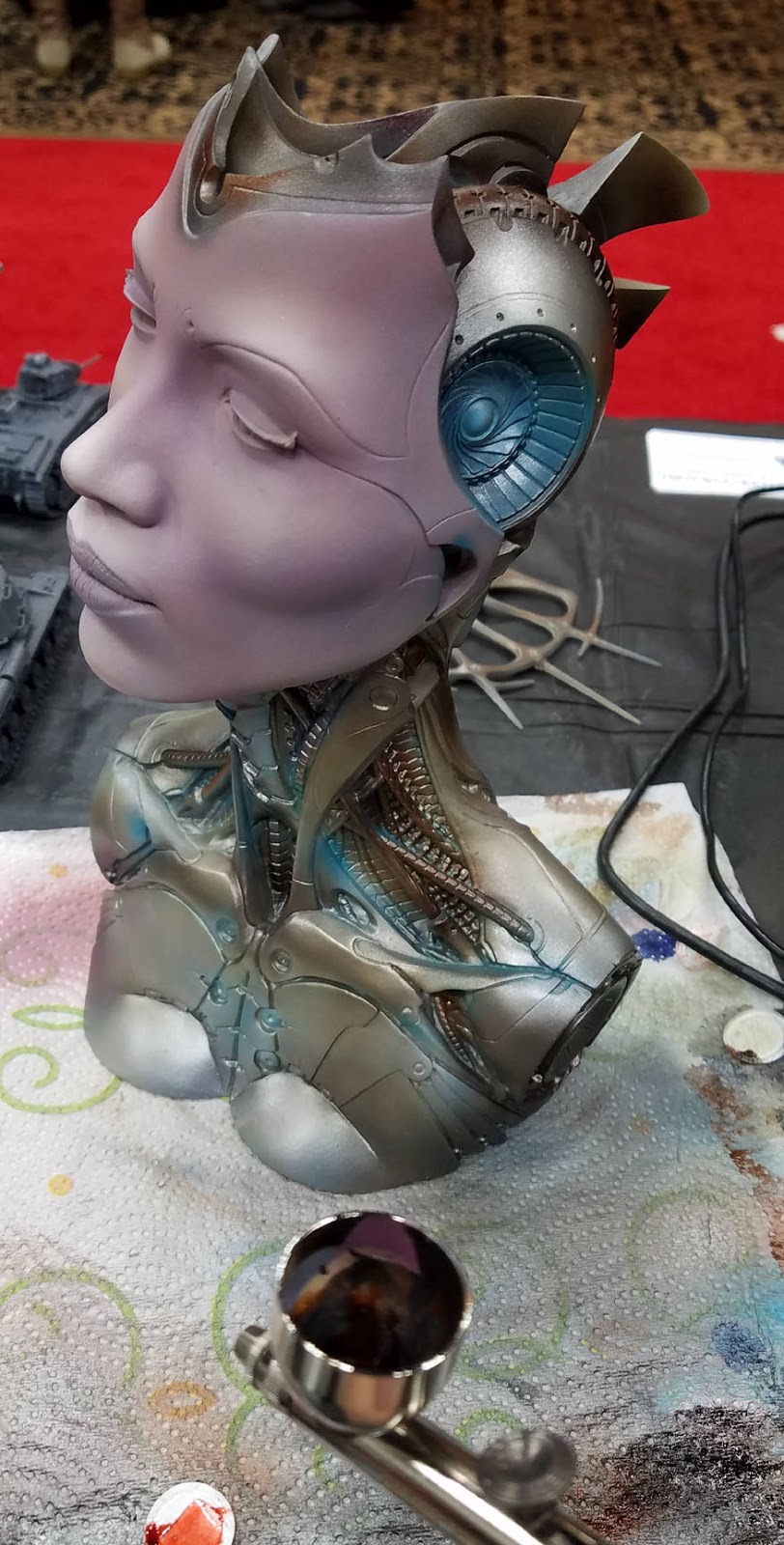 I even added some Fresh Blood Ghost Tint to make some of the cables more of a copper metal.  There is a special copper tone included in the Metalsmith set. 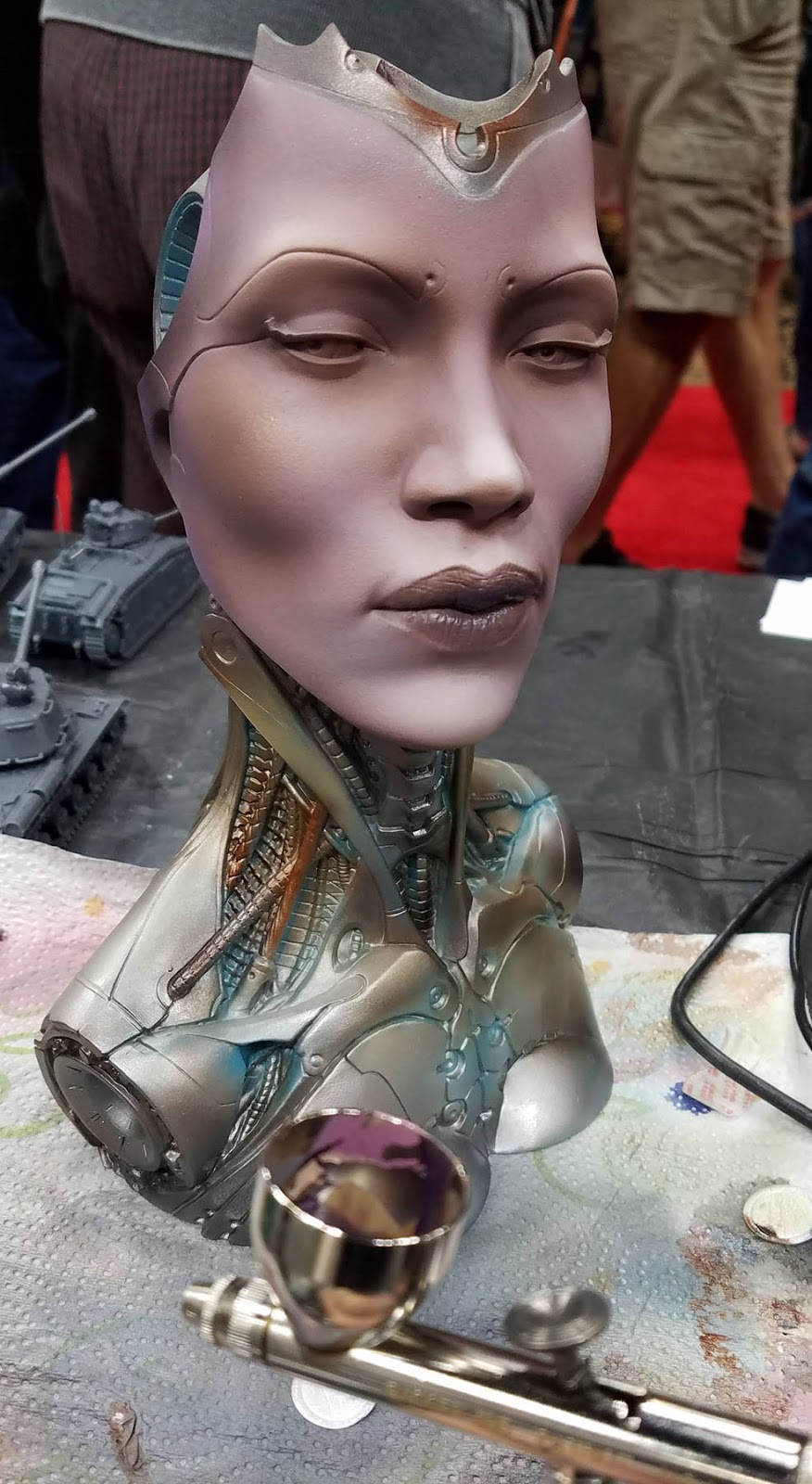 You can see more variety in the metals starting to emerge, and even some reflected light.  Keep in mind, this is pretty huge, so it was really vital to include that reflection, as well as some hefty shadows!  Stay tuned for part two, and more experimentation.

Thanks again to George and Ken from Badger and Black Heart Models.  It was truly a lot of fun this year! 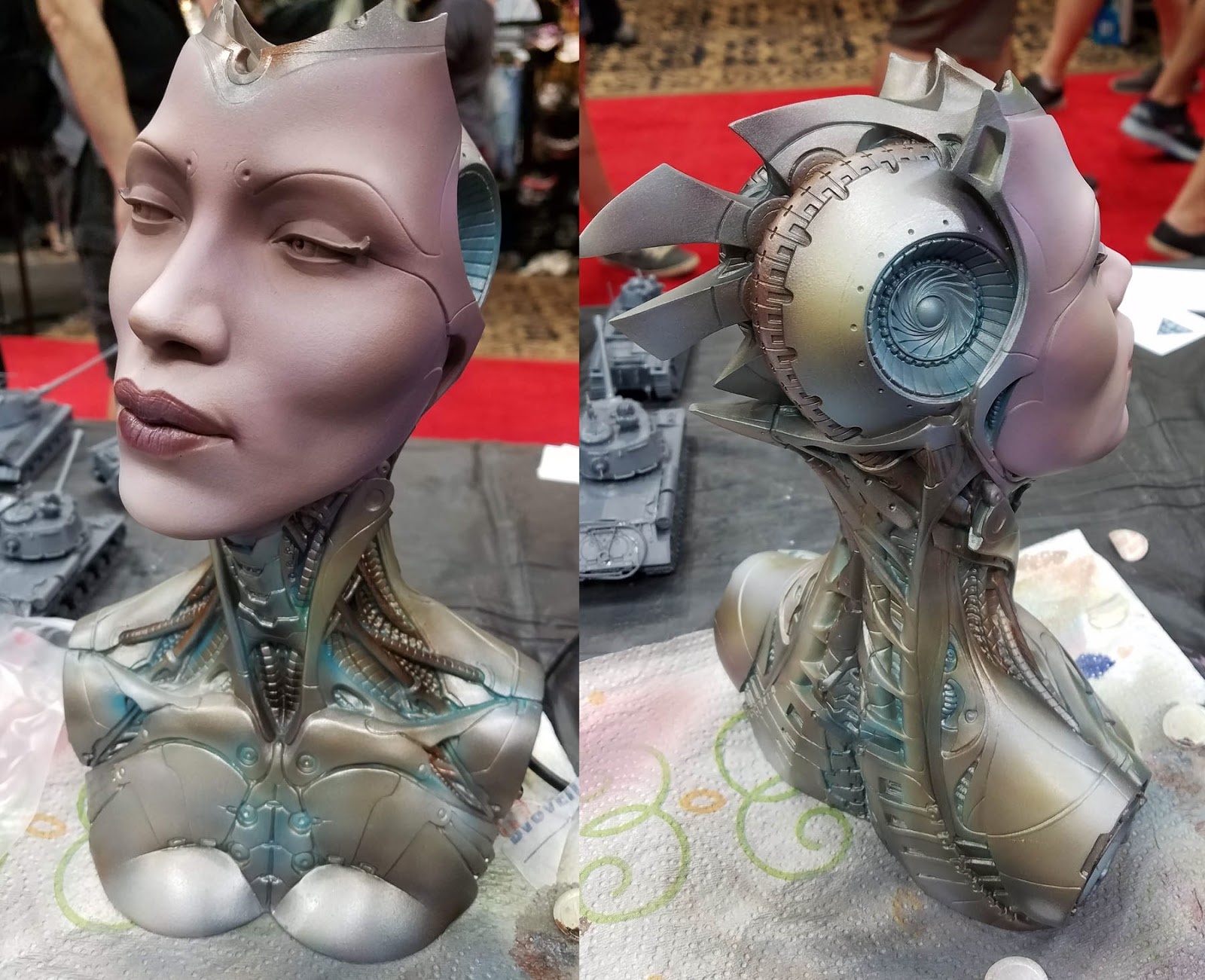