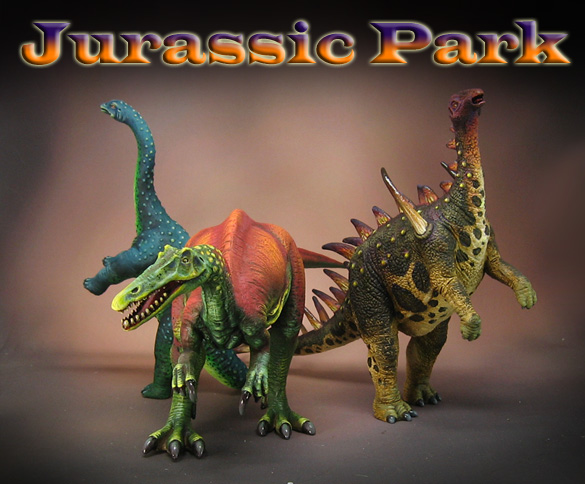 The assignment was to give these plastic dinos a new look, as in a brighter more dramatic treatment similar to what I have done on my Lizardman figures.

Not only is the material similar to BONES, these also had the company name and other copyright information printed on the figure too!  This was very challenging to work around, especially where any kind of markings were done.

In some ways, the markings allowed me to hide some of that by distracting the eye away from the shadows created.  It was less of an issue before I started painting, since the original paint jobs were much darker and very plain in those spots. 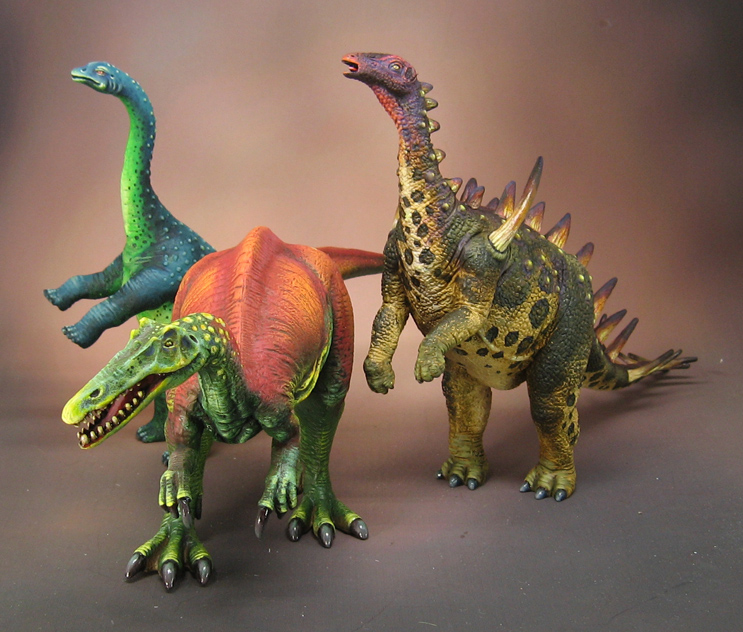 The two dinosaurs to the right were pretty huge.  Since I could not put them on bases, falling over was a very common occurrence! I did learn that wearing a plastic glove on the hand I used to hold them really helped to prevent paint loss. 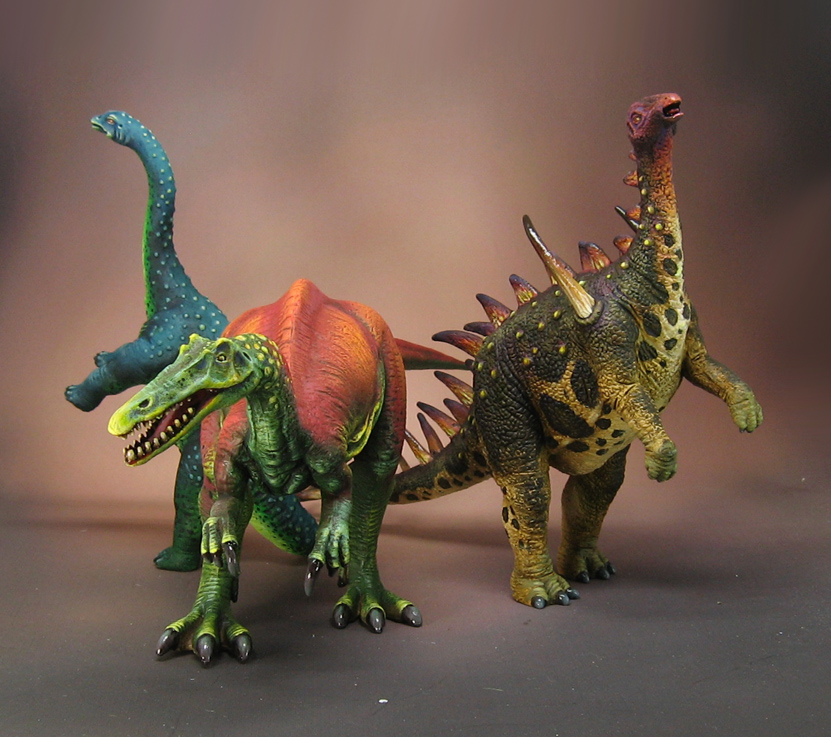