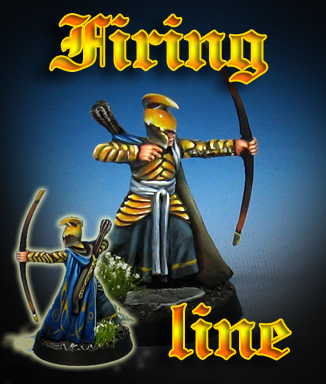 And yes, he also has a different freehand pattern on the cloak.  Not massively different, but just enough to distinguish him from the others.

I also added the tufts of flowers to the base for another touch of individuality.

Posted by wappellious at 8:50 PM No comments: 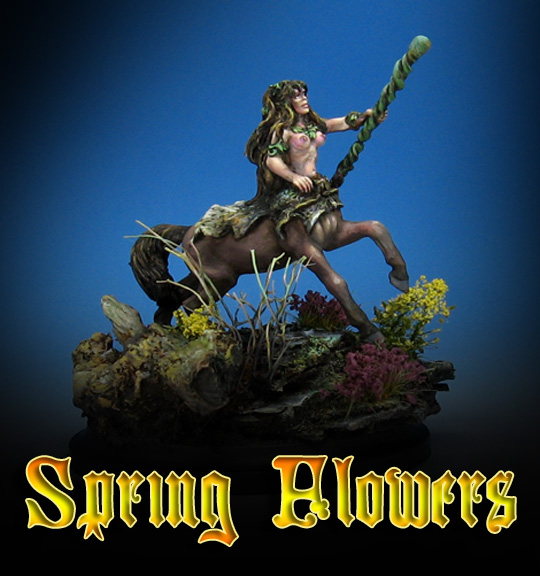 While we were at Marcon, we were joined by Sandra Garrity, sculptor of many figures that we have painted over the years.  We even got a chance to do a panel together, which was a lot of fun!

Sculptor and painter joining forces to give folks a taste of what it's like to work in miniatures.

During that panel, I was painting this classic figure from Reaper, utilizing the new webcam in order to project the image on a laptop screen so that people could watch in more detail as it was being painted.  This was an interesting new way of doing live demos!

Obviously it was a fun way to practice for the Google Hangouts as well.

There's also something added to the base which I will be showing off a bit more tomorrow, and that is the purple tufts.

It is one of several new types of foliage from Gamers Grass, and they are AMAZING!  Cathy has also used some on another Sandra sculpt, which you will see tomorrow.

Posted by wappellious at 2:32 AM 2 comments: