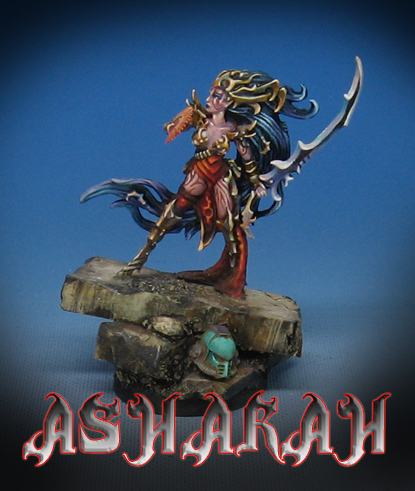 The very nifty Raging Heroes figure was the commander of my Blood Star Dark Eldar army.

I had a lot of fun with the bases for this army, since it was supposed to be centered around this massive Hippodrome, where they would race their Reaver jetbikes and kill off slaves.

I have many posts on the army itself, as well as the giant display board!  That is all found in the Dark Eldar section of the blog.

Posted by wappellious at 11:21 AM No comments: