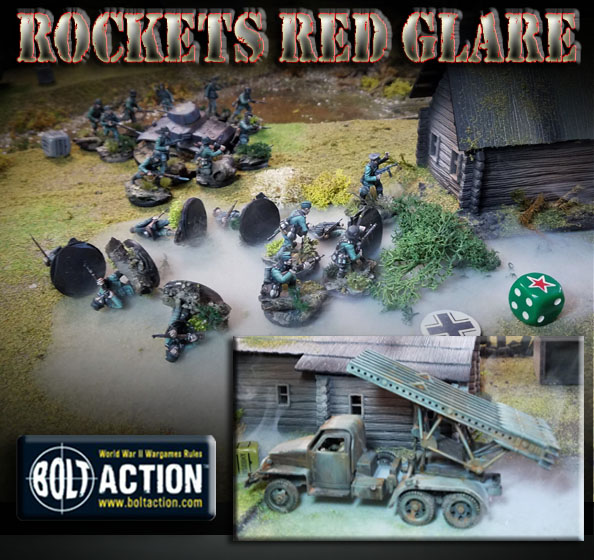 The bloody struggle for the Pripet Marshes continues as the German forces seek another breakthrough in the rugged terrain of the Ostfront.

Seeking to cut off and encircle vast numbers of Soviet troops following the death of Captain Albertofsky in the previous battle, fast moving elements of the Wehrmacht would be in a fight to the death over 4 sectors of the field.

Most of the German mobile units were kept in reserve, while the entire mass of the Red Hordes deployed all at once! 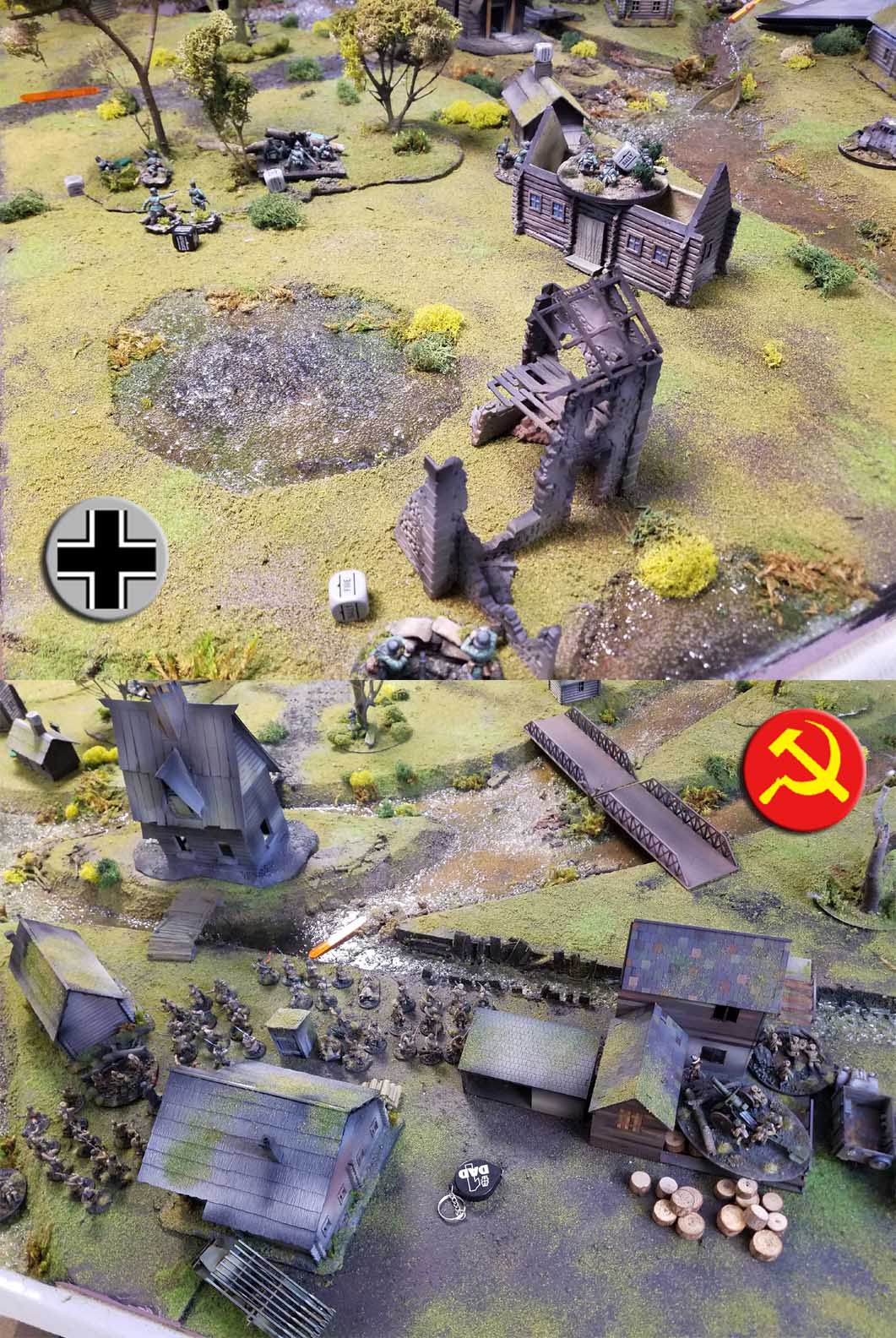 Somehow the cheeky Bolsheviks had captured some Opel Blitzes, and would employ a bit of Maskirovka to confuse the German forces rushing into the 'neutral' sectors. 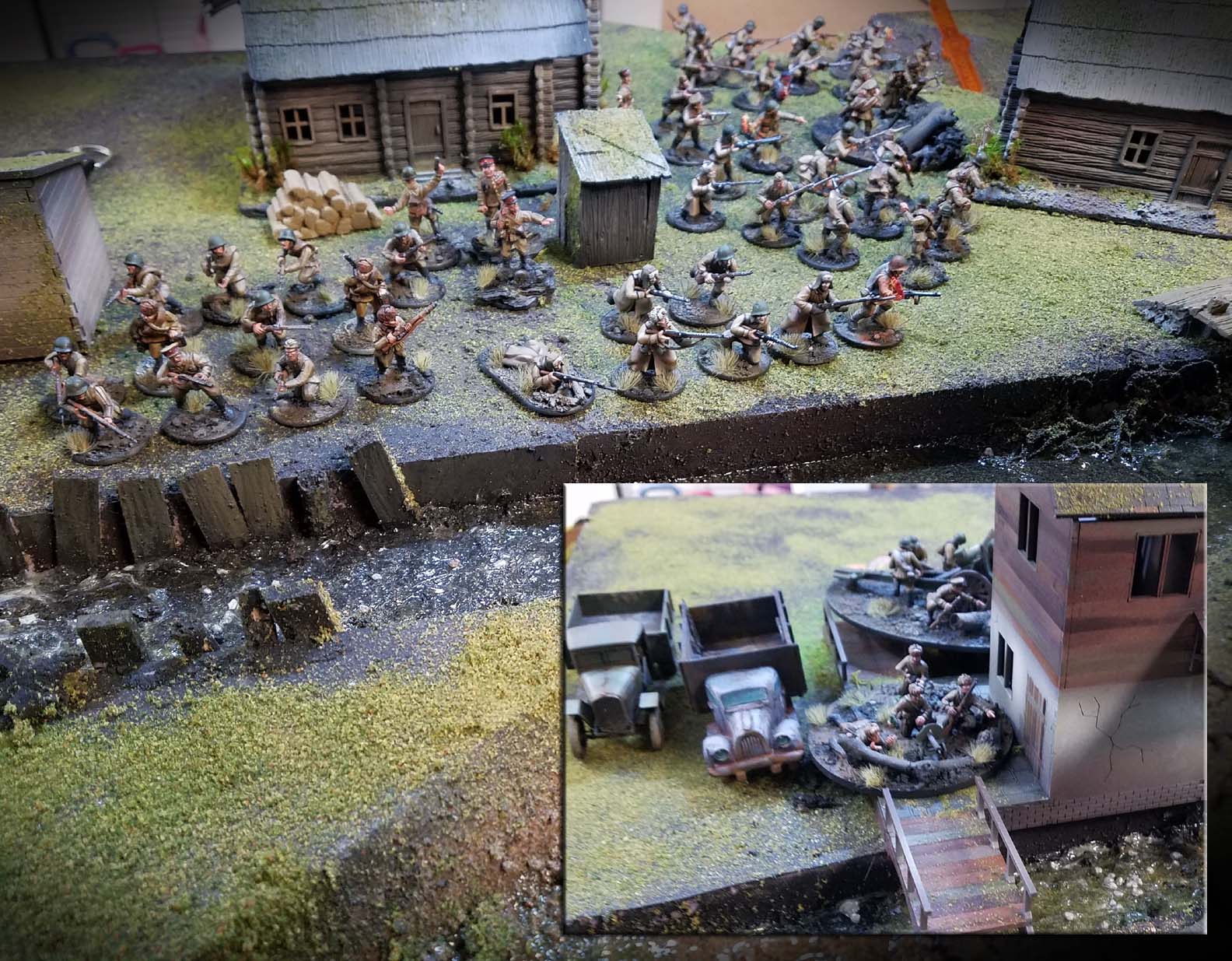 However, it was the heavy artillery of the Red Army that struck first, making it very dangerous for the German weapon teams stationed in a few of the log buildings.  Those did not stand much chance against medium howitzer and mortar shells... 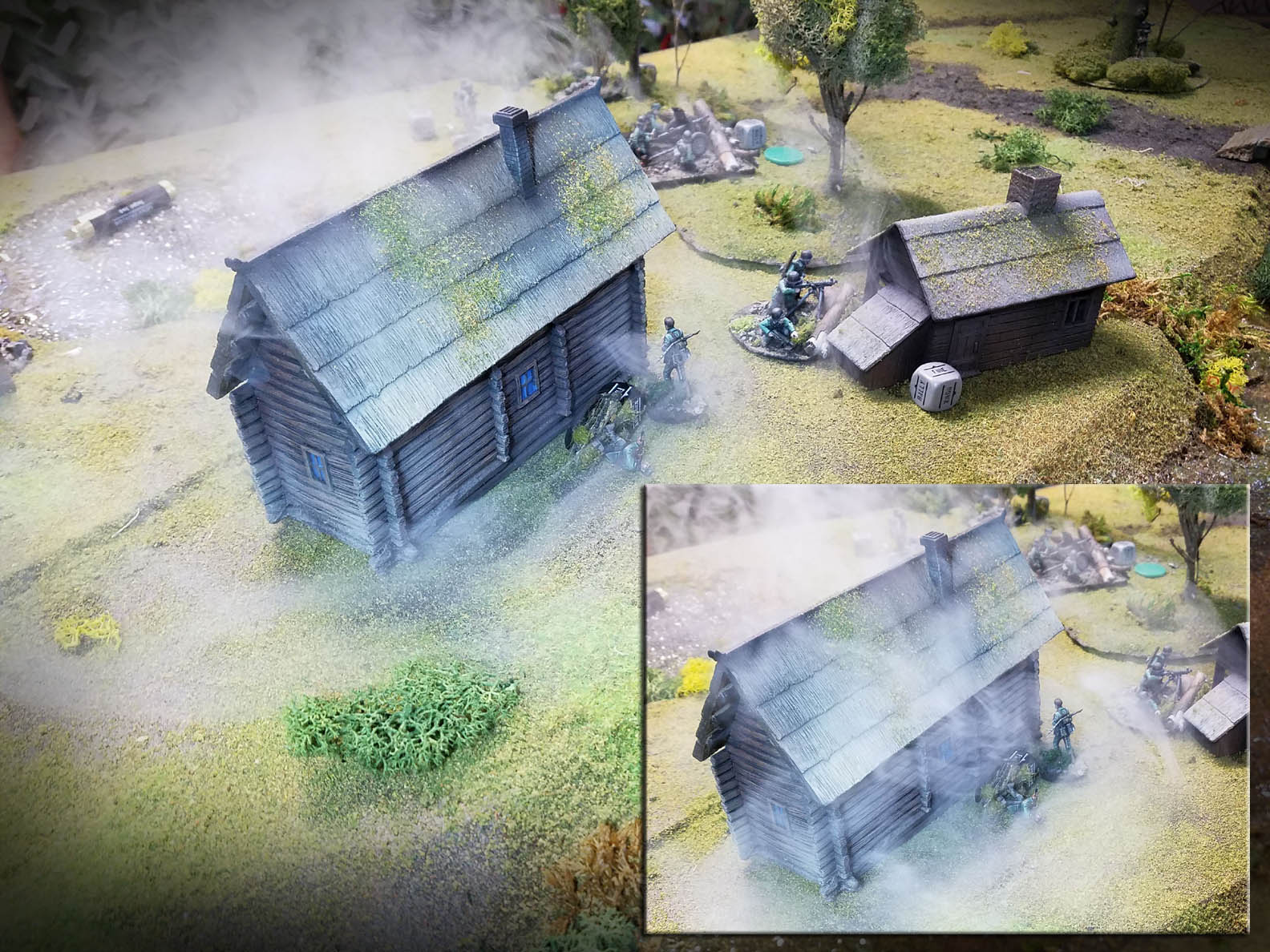 Using the confusion of the bombardment, the massed infantry units sought to cross the river and set up a hasty defense against the advancing enemy. 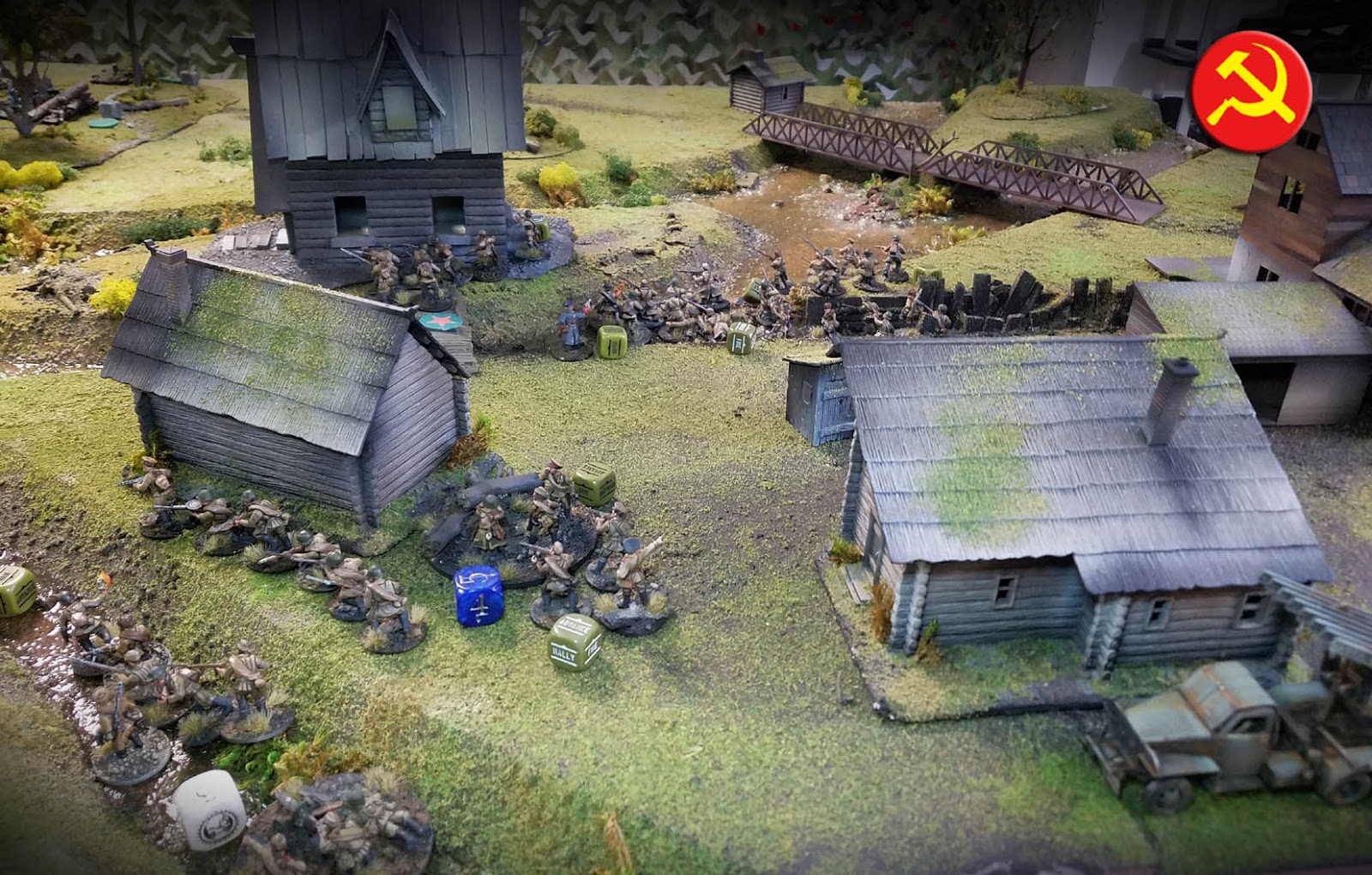 As this was a rapid movement column, the Germans were without the heavy armor they used in the previous skirmish.  The Panzer 38T seemed to be quite perturbed by the heavy Maxim machine gun in the lumber mill. 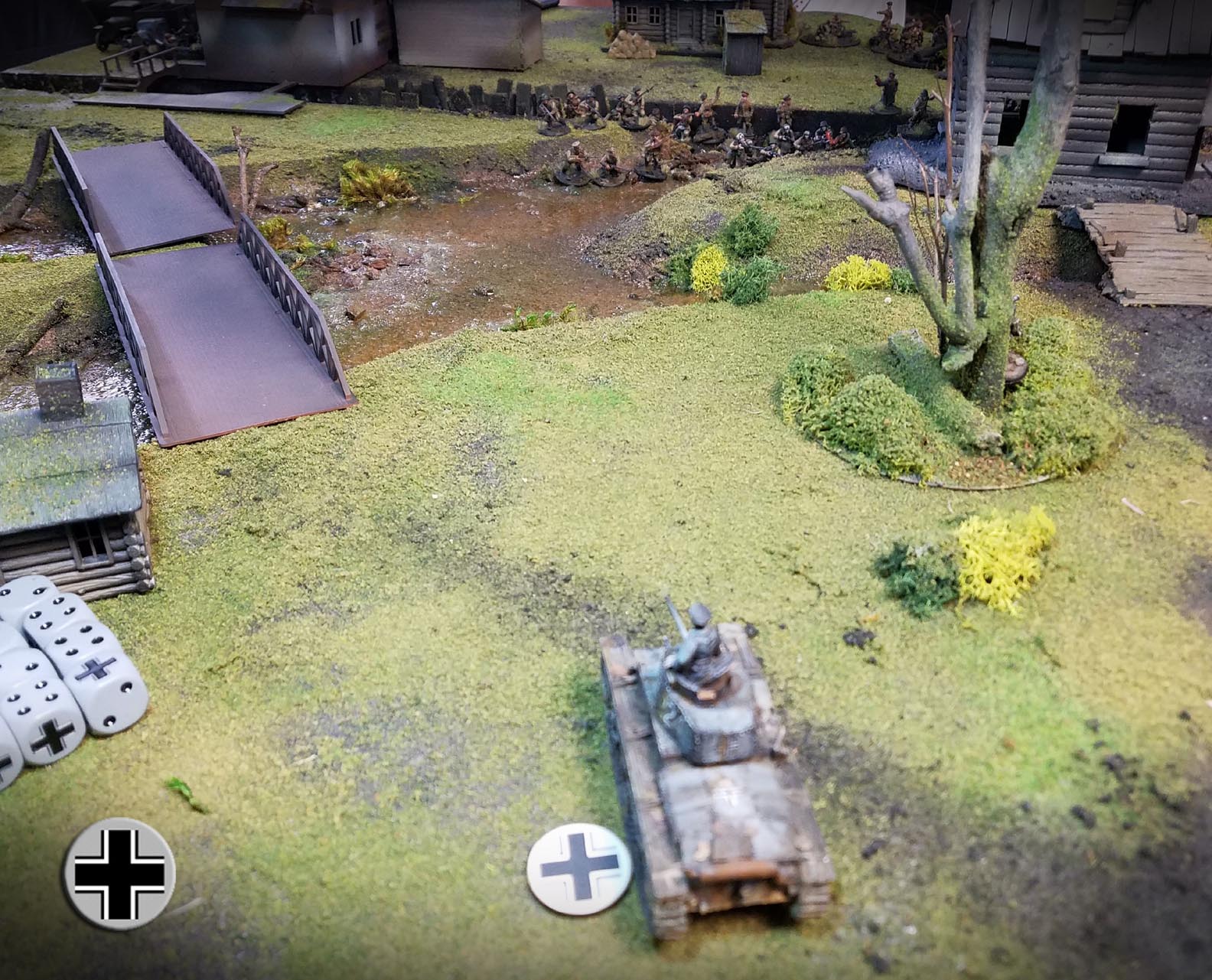 Soviet artillery strikes again!  When the smoke and splinters had cleared, yet another Machine Gun team had been wiped out. 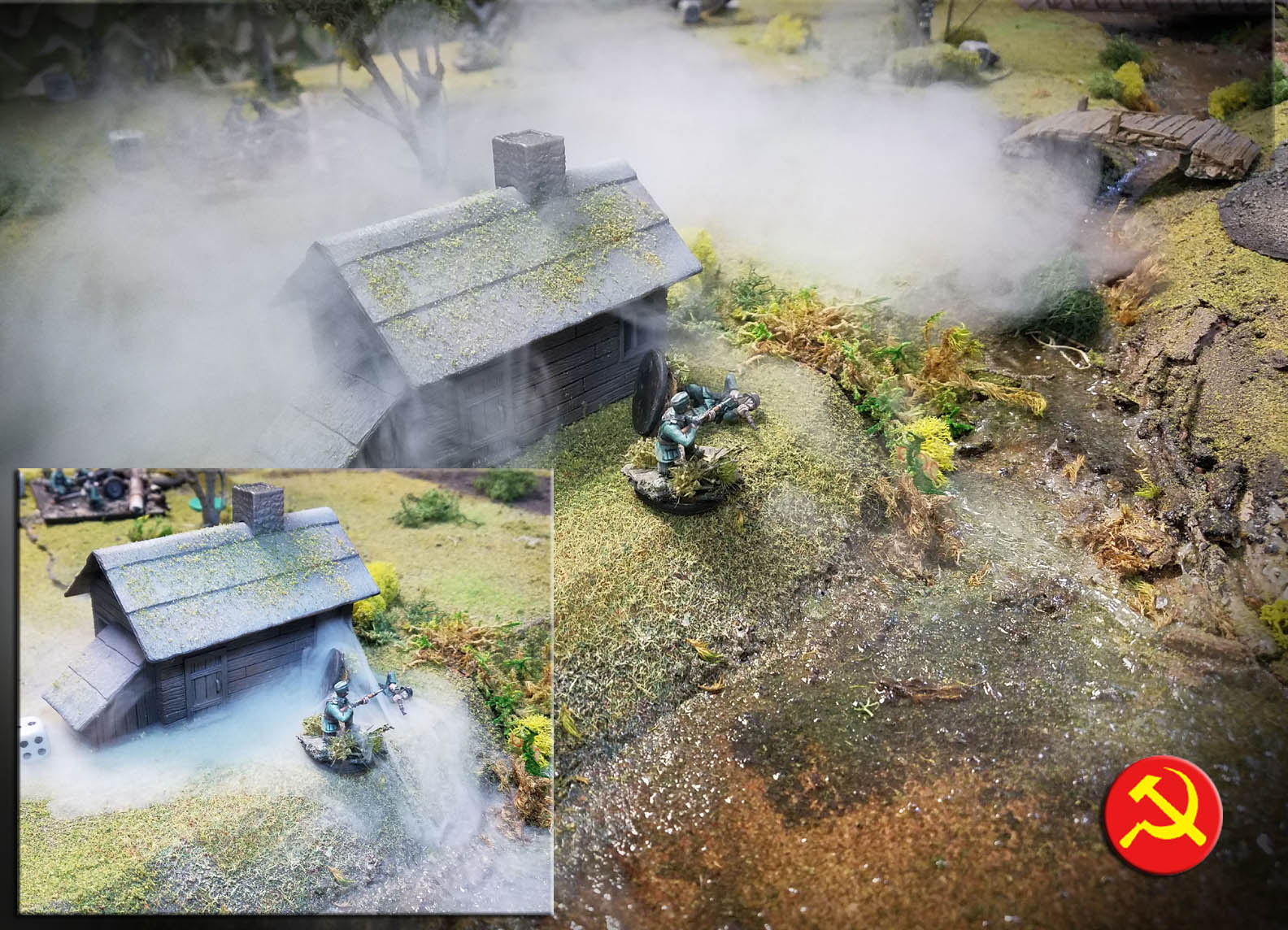 Stalin's Organ would rise to a crescendo as multiple advancing squads took casualties from direct hits! 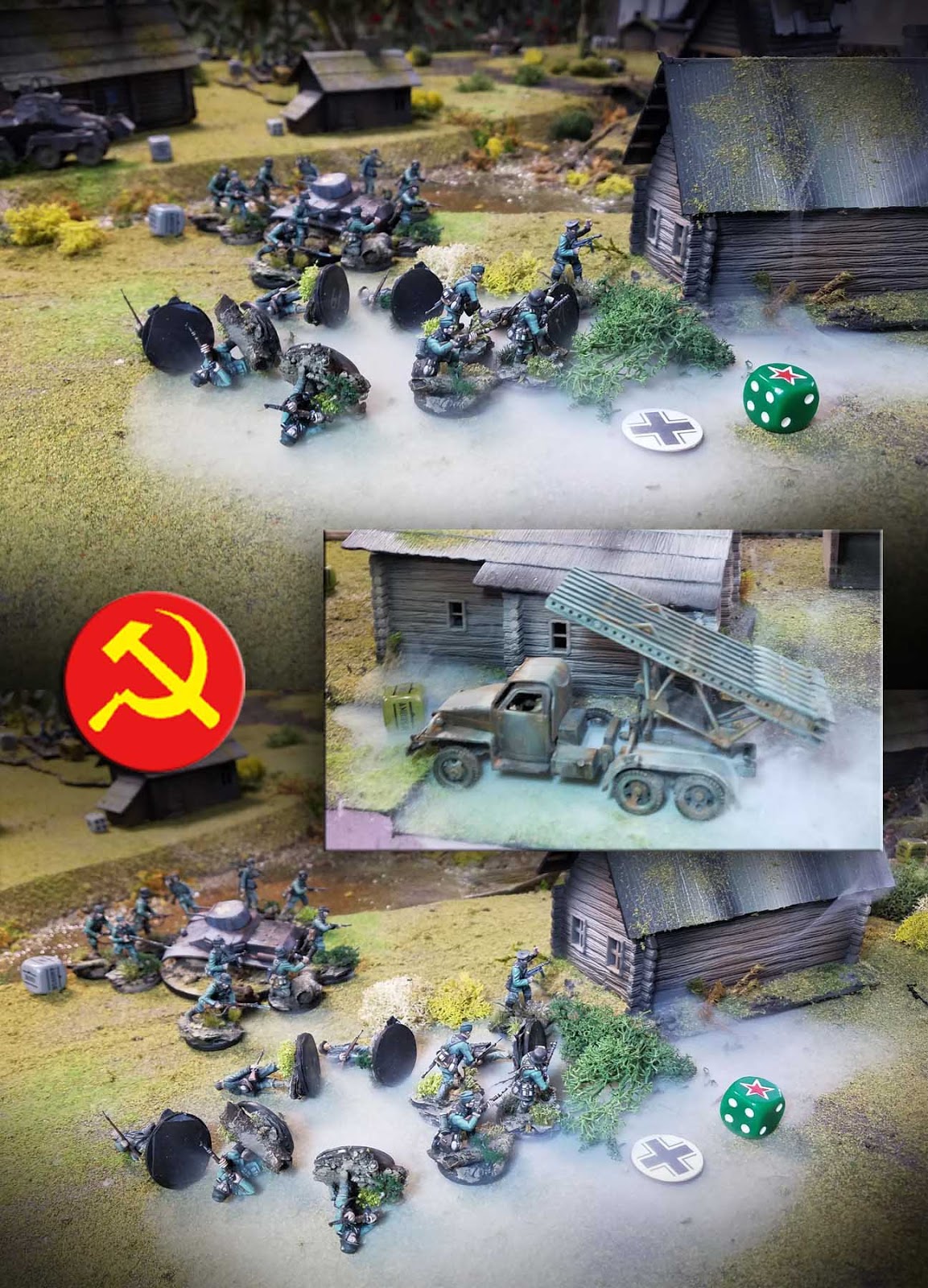 However, the stalwart and well disciplined German units would regroup, and bravely continue the advance. 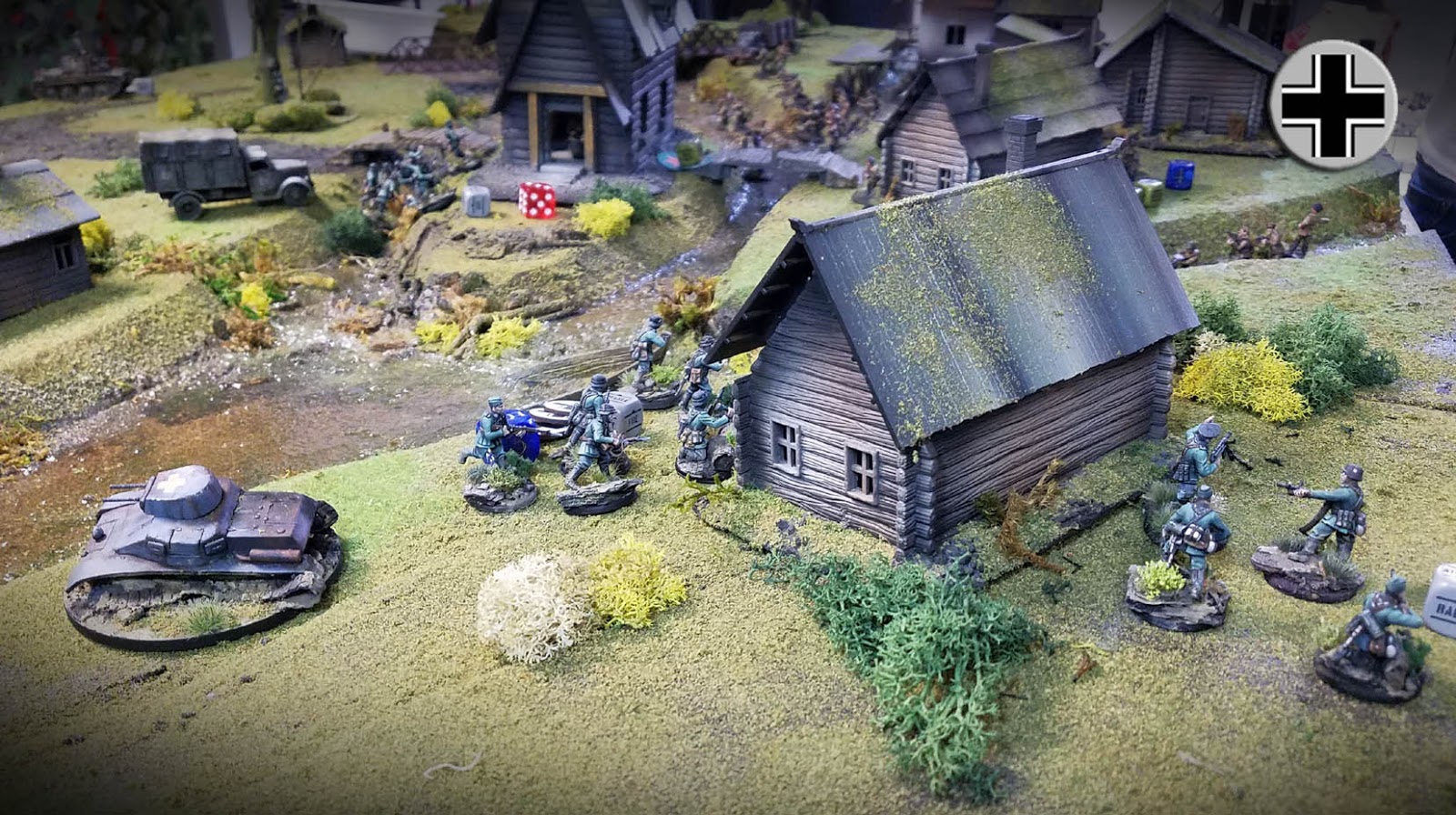 At last, the hardened veterans of the Barbarossa campaign located their quarry, which was hiding in the river. 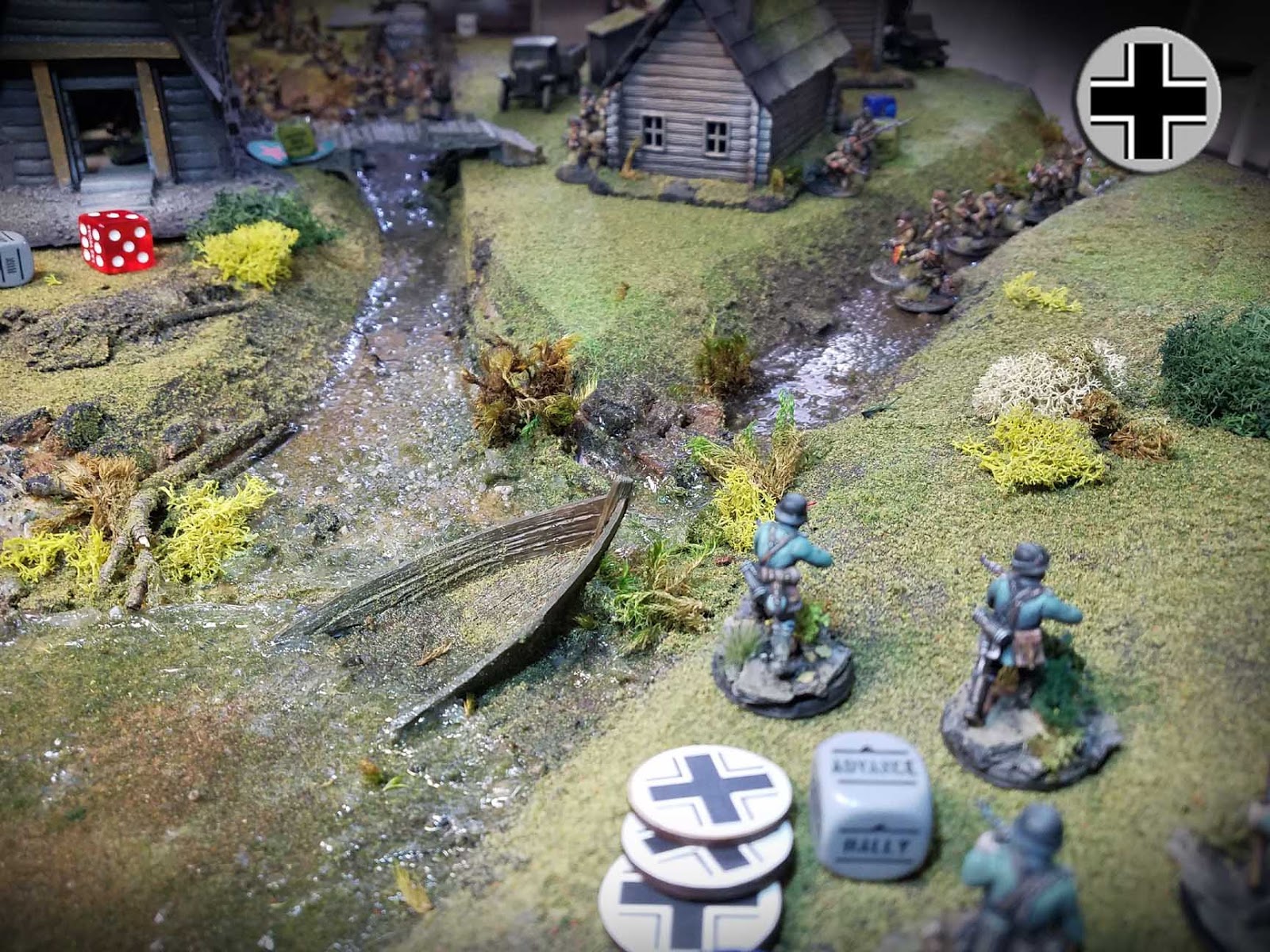 The other veteran unit shrugged off all manner of small arms fire and made their way to the most vital position on the battlefield... the newly rebuilt wooden cathedral.  There was not much left of the original church once the Flak 88 targeted it at point blank range.

If these battle hardened troops can take and hold this structure, it just might secure a victory for the Axis forces.  Stay tuned for the next episode to see if the deadly rockets of the Katyusha can stem the tide... 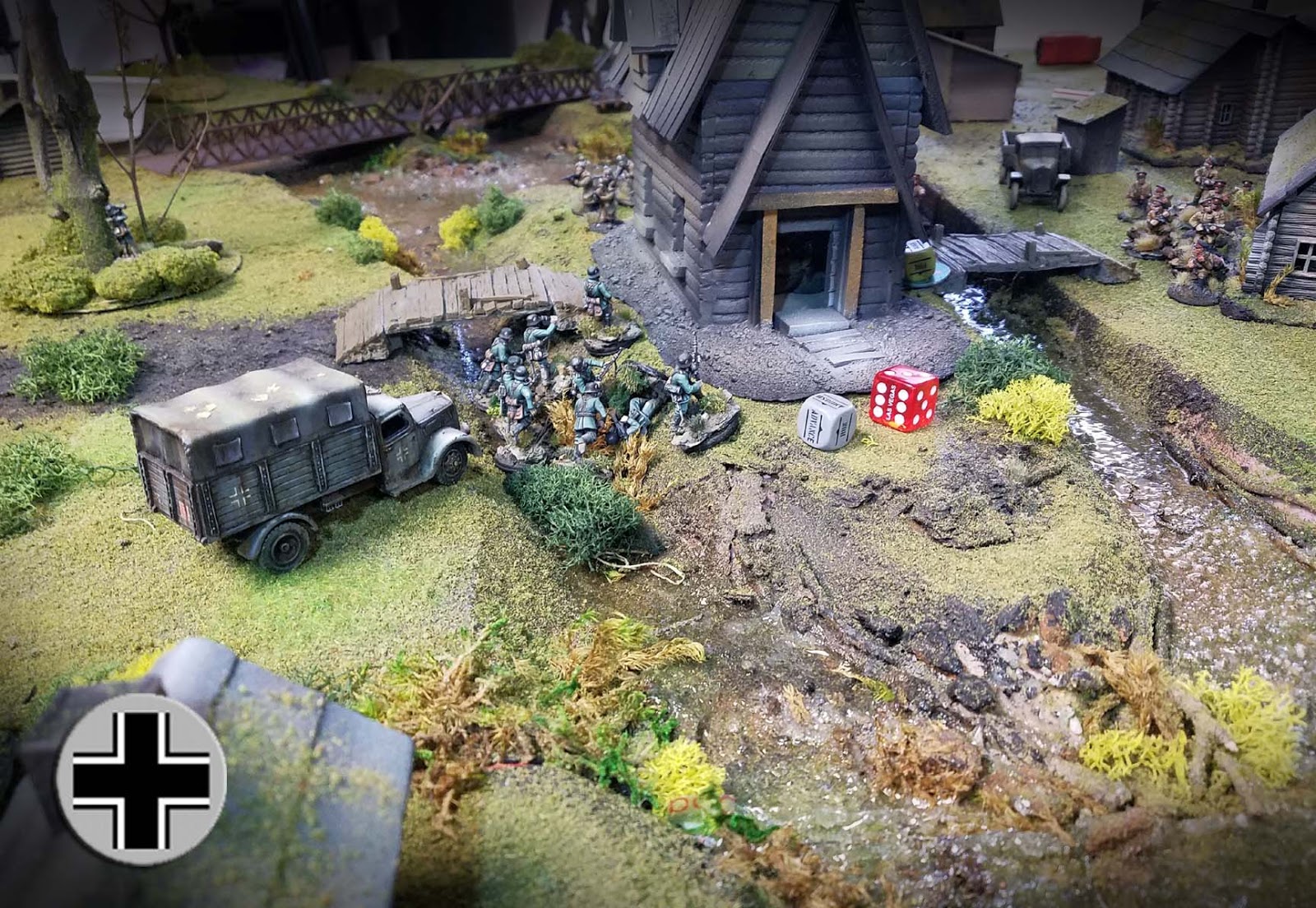