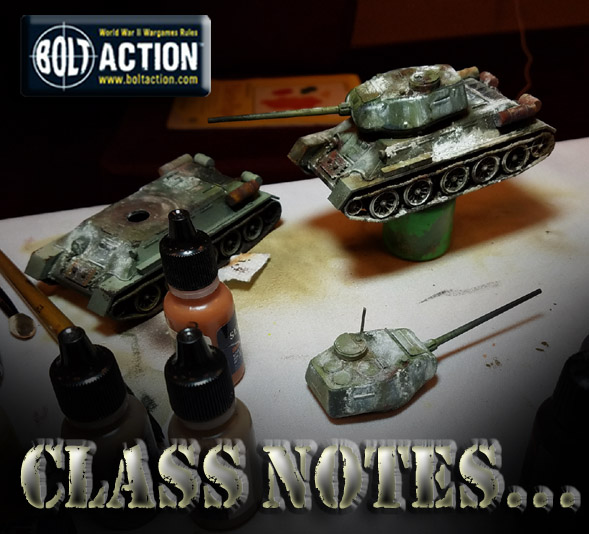 The most unusual class I ever had to teach was certainly a few weeks ago, where I had to do a "demonstration style" class.  Unfortunately, I had virtually none of the necessary elements (no functioning AV equipment, etc), so that meant a rapid rethinking of what would be done!

I determined that it would be turned into a participation laboratory, where I would spend the entire time trying out new techniques for the first time, so that folks could see that it is OK to try brand new stuff.  Yes, even with an audience who would be witnesses to  potential failure. 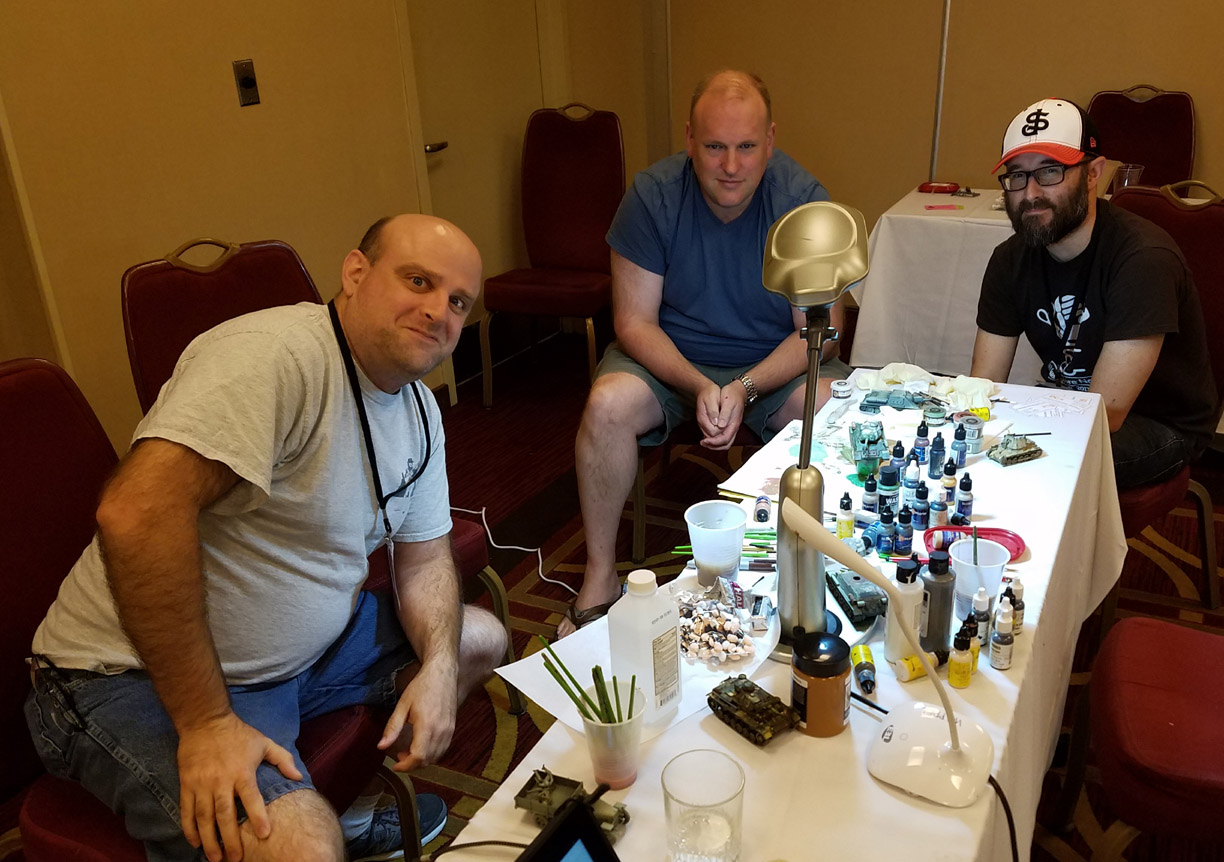 Since I could not bring everything with me on the plane, I had to utilize the things which I did have.  That consisted of a batch of Secret Weapon weathering paints, one jar of Vallejo green wash, and a handful of weathering powders.

You can see that there are two palettes in this image.  The one on the left has acrylic paint on it, while the upper palette has weathering powders that have been turned into a liquid by adding rubbing alcohol. 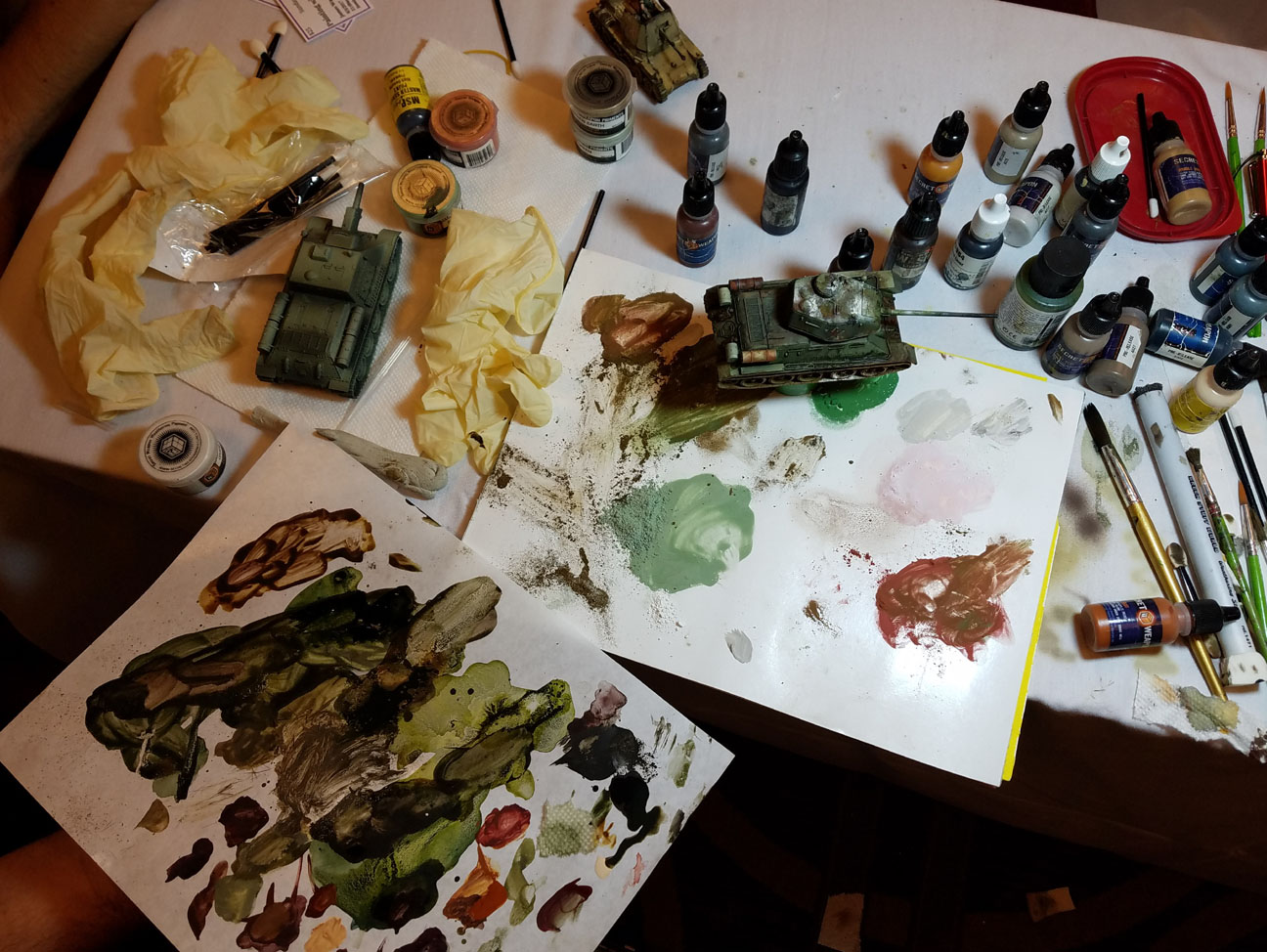 I painted each half of the vehicle using these different mediums.  The idea was to show that either one could be used, but they would have different properties and a slightly different appearance.

I did some examples of painting rusty surfaces with paint and another with powders, along with working on the tracks, hull, turret, and so on.

Painting with powders is something that not everyone tries, and it can take a little getting used to.  However, it can all be washed away if you don't like the results! 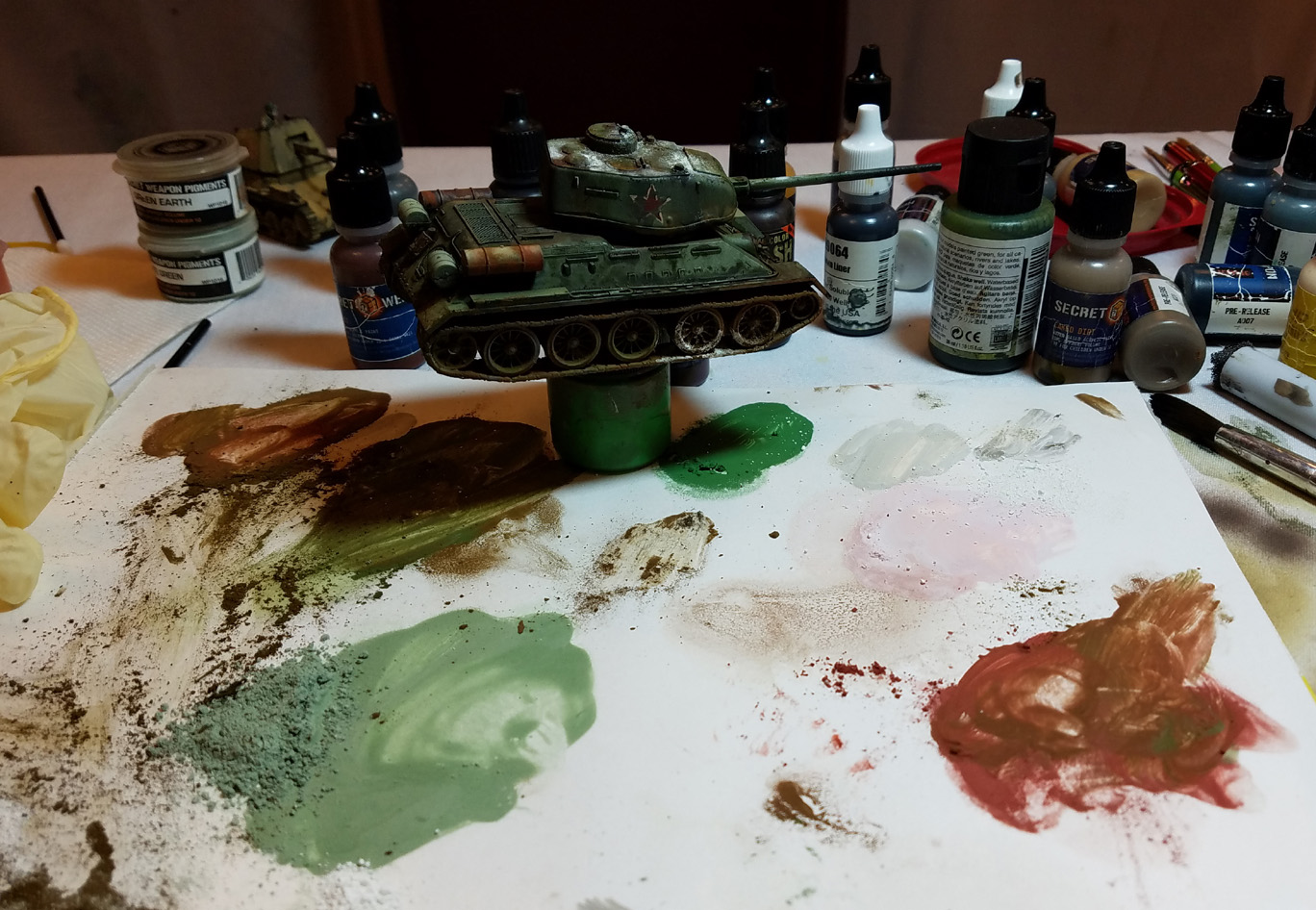 What I wanted to try most was to see how the white powder would react to drips of rubbing alcohol dropped down the sides of the vehicle.  I have noticed that water stains or other similar effects don't always follow a clean straight line down the side of a vehicle.  They often split apart, and look more like rivers!

My hope was to create this effect in a much tinier scale, using the increased capillary action of the alcohol, which is thinner than water and with its much more rapid evaporation rate. 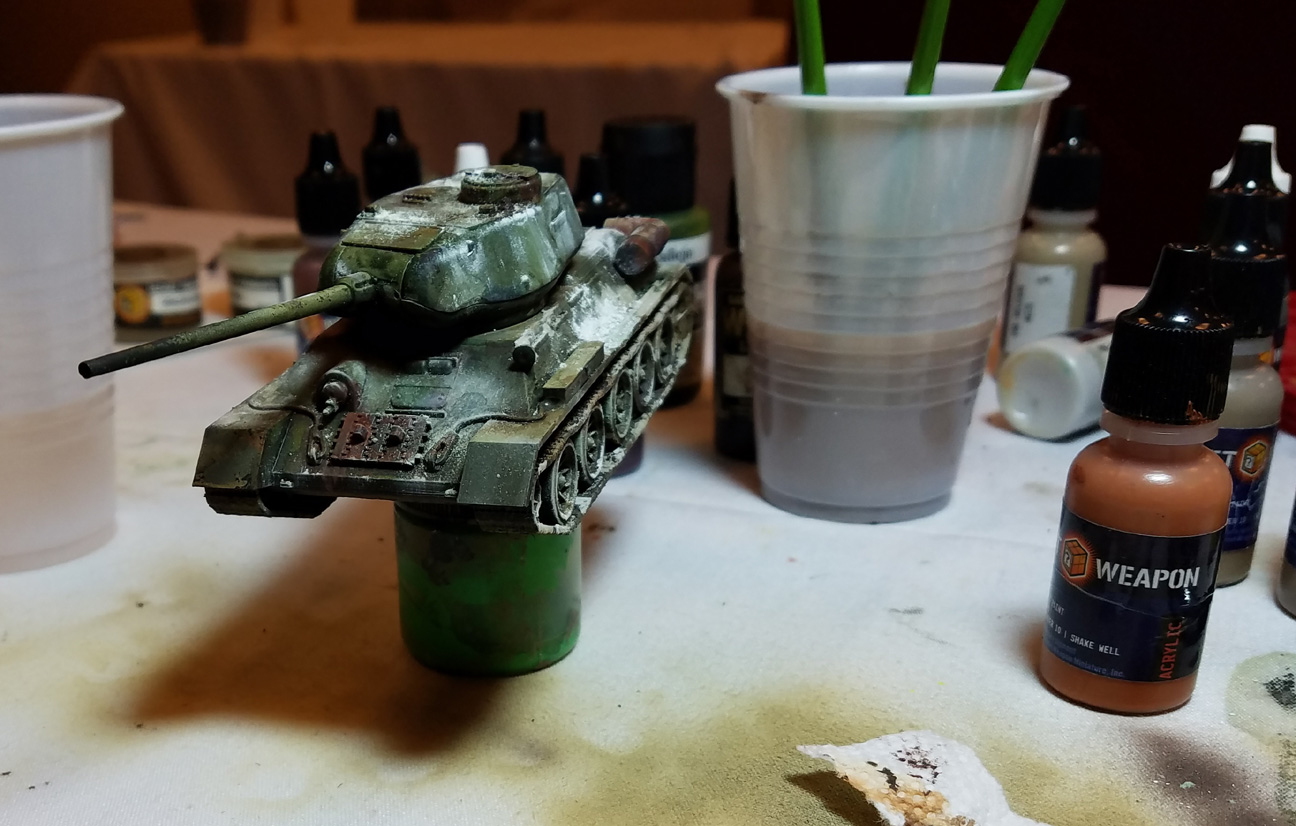 None of us knew what would happen, so we all waited anxiously to see what the results would be.  In the end, it did what I had hoped, and the experimentation continued! 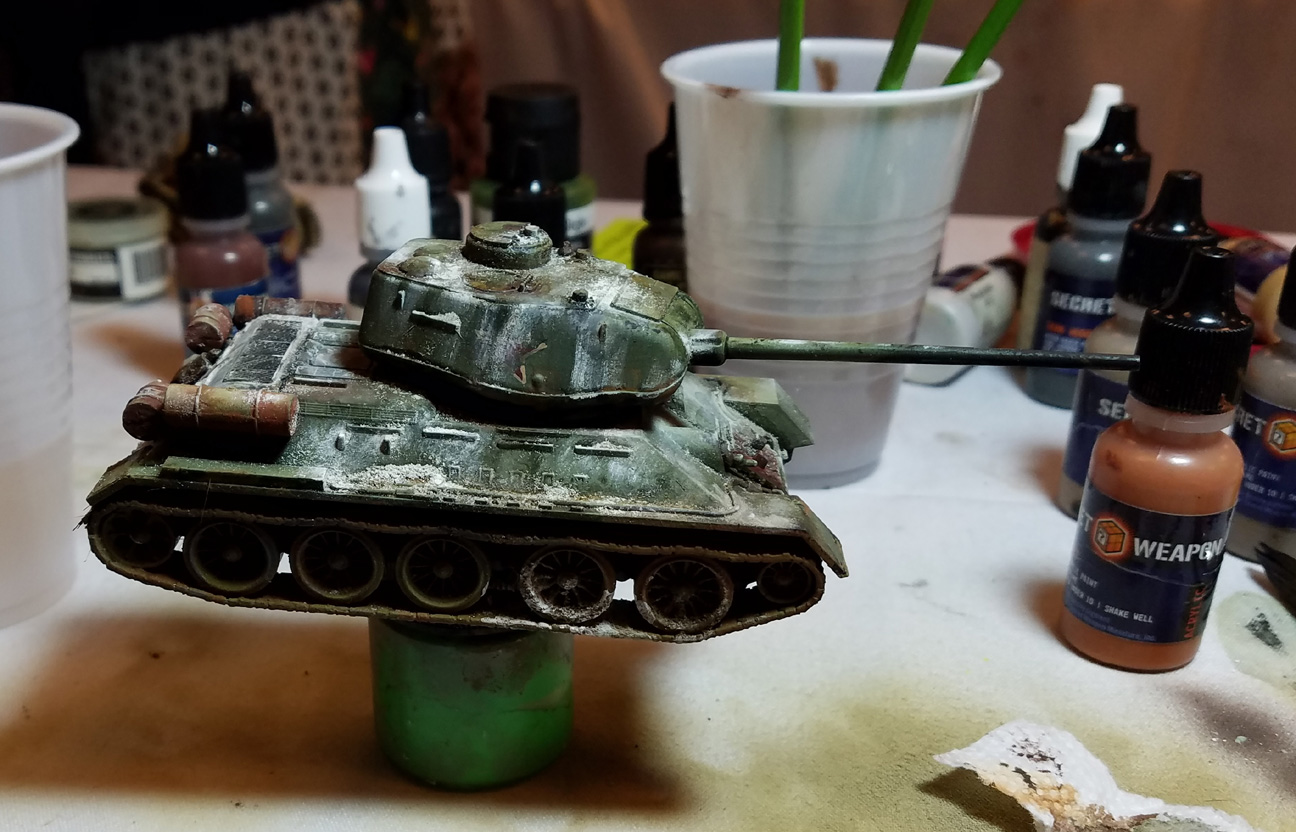 I tried a few other mixtures, including powder and paint together, which made thicker blobs of powder that could be shoved into the tracks and wheels like mud, or even spattered onto the vehicle!

We also tried to "pile up" the whitish powder mix to see how close we could get to snow texture. 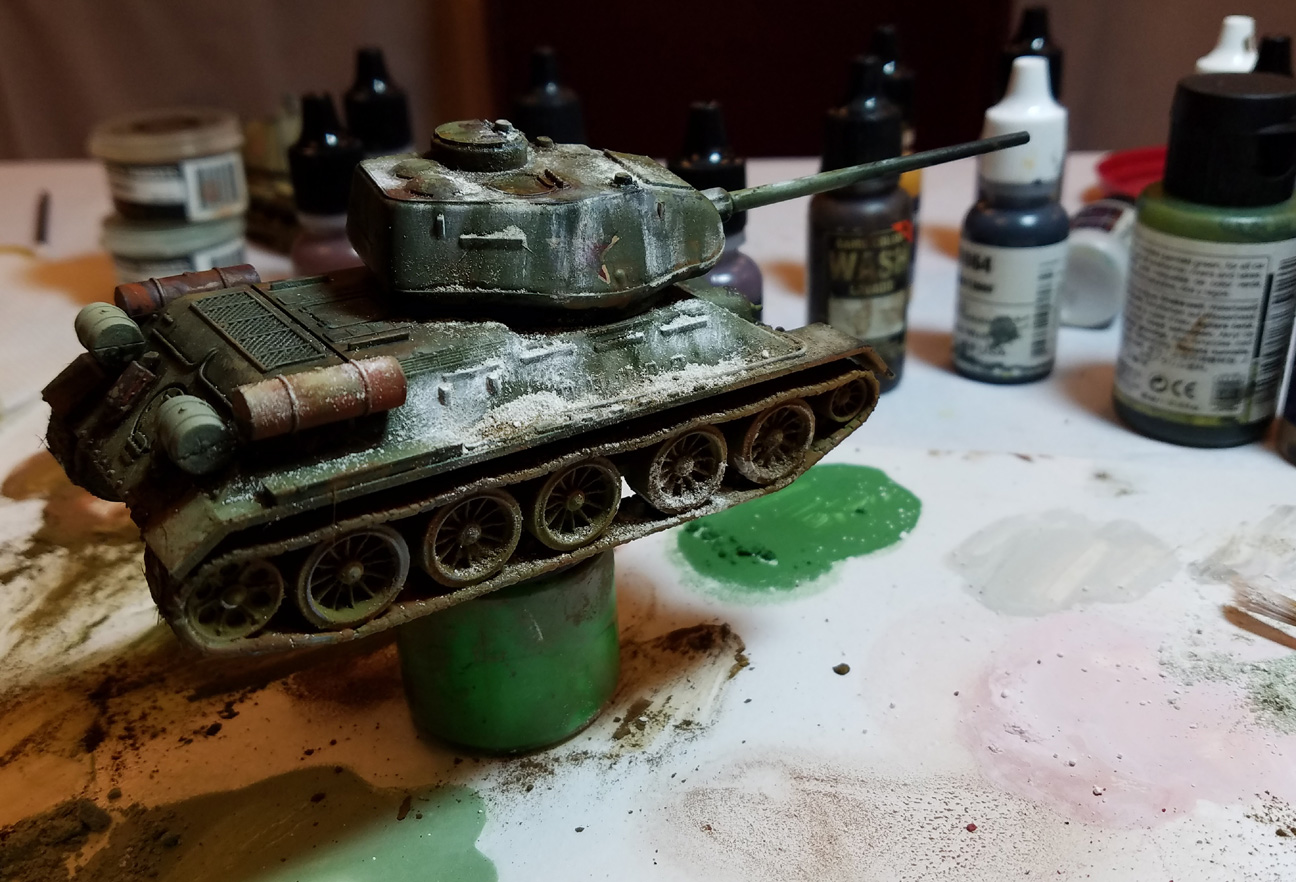 The height of experimentation arose when I said that I could not show them how to make a spatter brush out of the green handle craft brushes due to a lack of cutting tools.  A quick thinking student took one out of his case, and a spatter brush was created.

When I mentioned that I like to put clumps of static grass in the mud which I apply to the treads, that same person suggested that the cut bristles of the brush could be used as static grass!  Lo and behold, it worked like a charm.  Instant static grass! 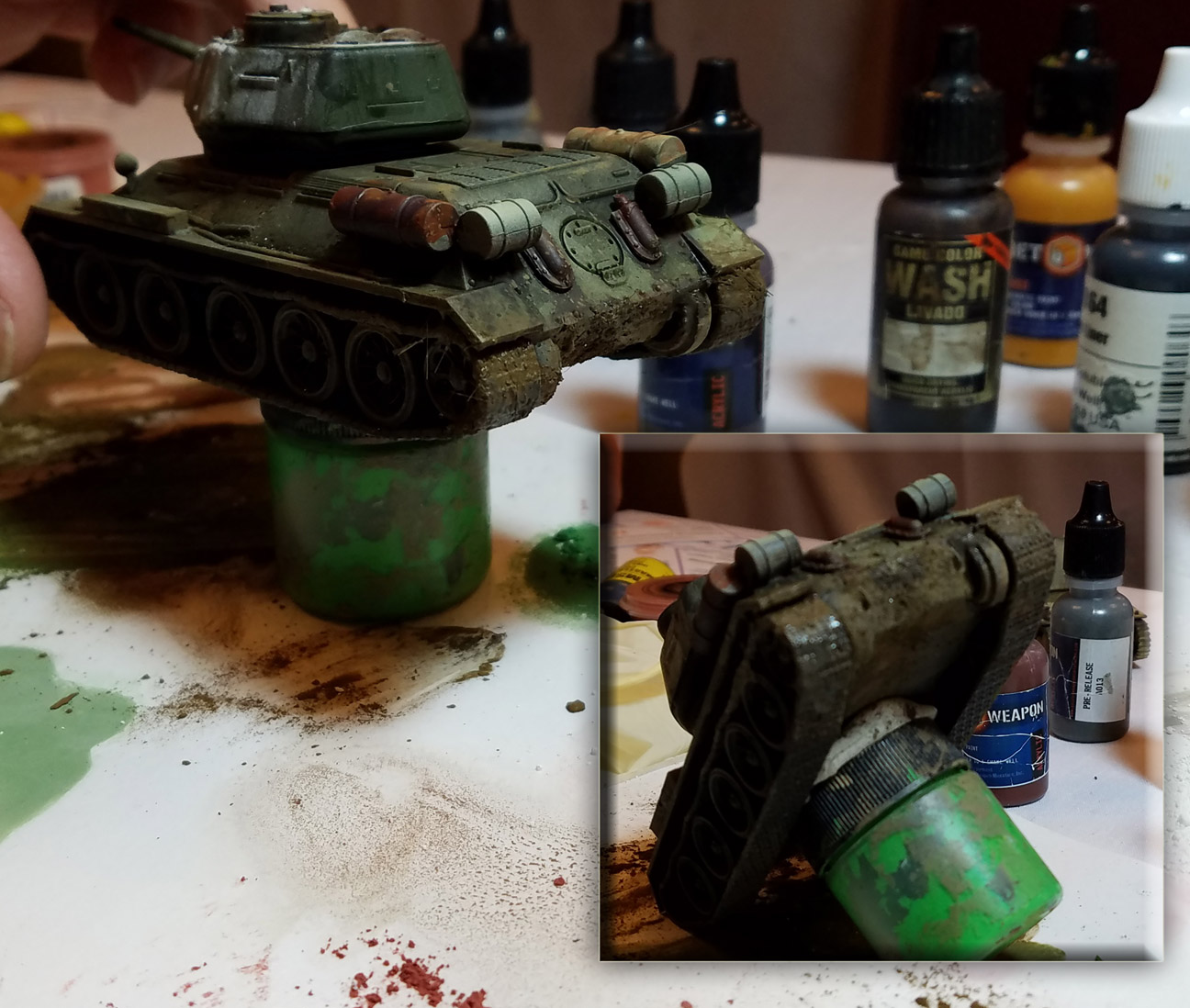 I want to thank everyone who was in those two classes, because so many new techniques were created.  Several folks said that they are normally very hesitant to attempt new methods or materials, and are now far more willing to dive in and take that chance.

Who knows what kind of nifty new things you might discover... 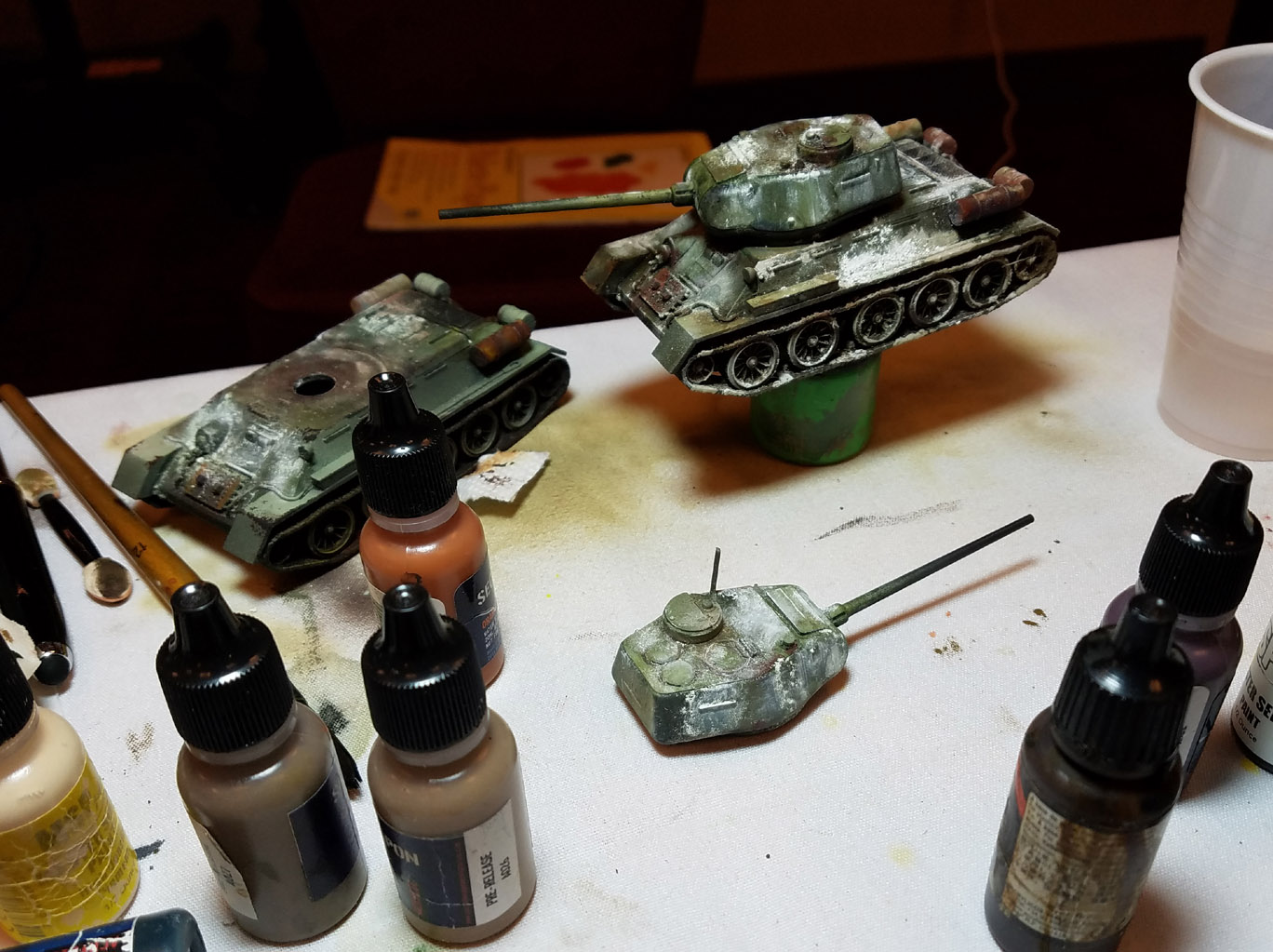