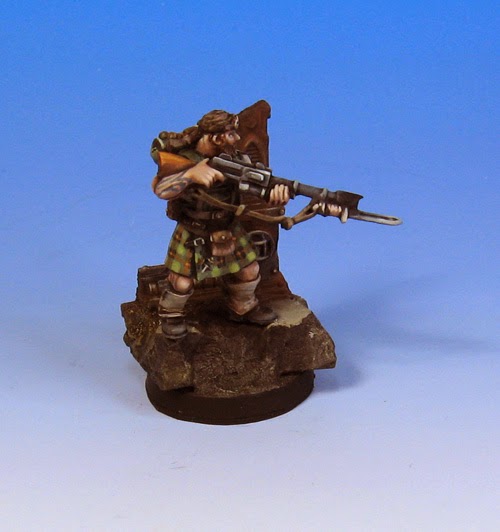 I never realized until I saw the pictures that this guy resembles me quite a bit :-)  I think it is one of my favorites from this first Highland Moss Guard Squad from Victoria Minatures.

It is very easy to create unique poses and interesting characters with the set.

You will have lots of fun with them too!  You can also mix and match parts from other sets as well.

He joins his buddy up on the front lines!!! 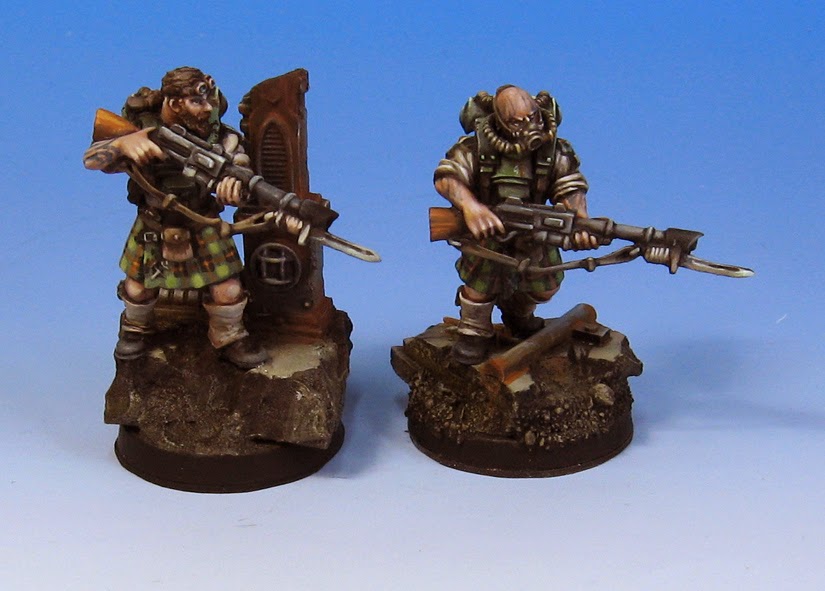 Posted by wappellious at 3:07 PM 7 comments: 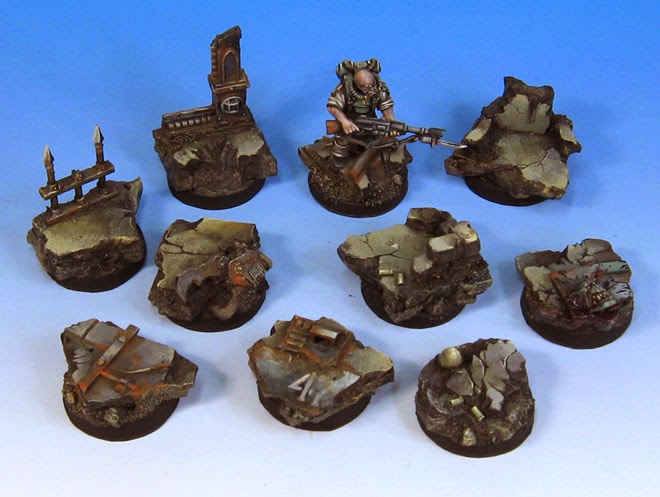 Just when you thought you were safe from basing!!

Here's the first set of bases for the Victoria Miniatures Highland Guard squad. 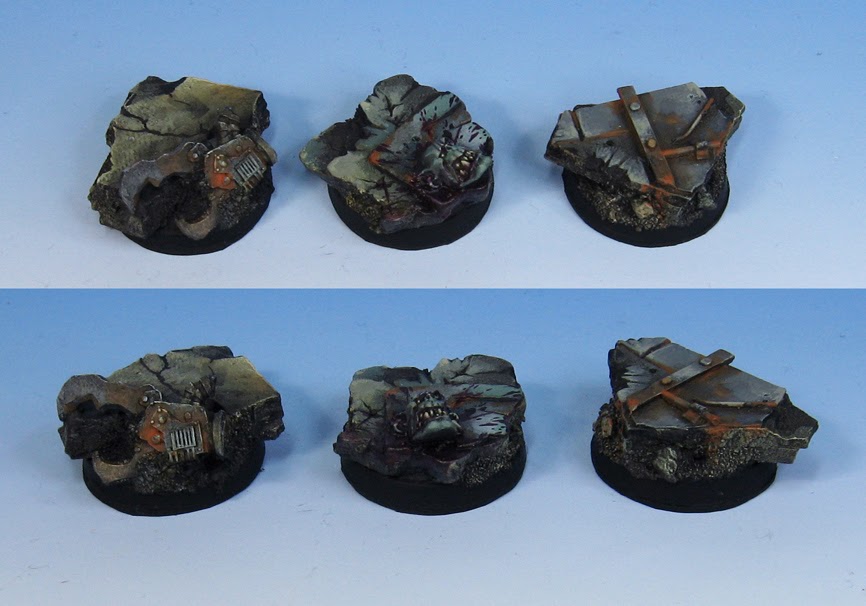 Again, the idea is that the Sisters are inside the Cathedral, and the meatshields are stuck outside in the much and the grime. 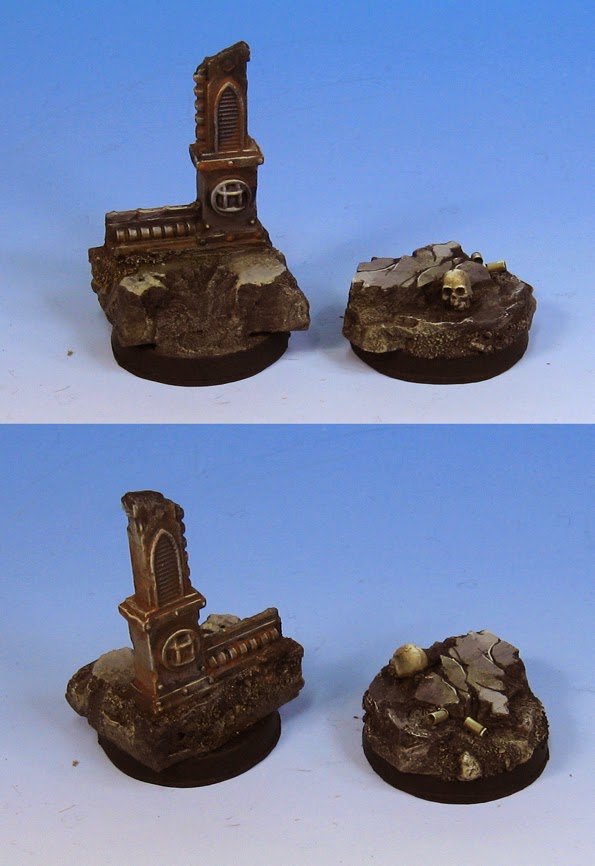 This was also the first set of bases where I tried out the new Secret Weapon shell casings.  They are on the base above and to the right, and the image below on the left.

I will do a specific post on that product later. 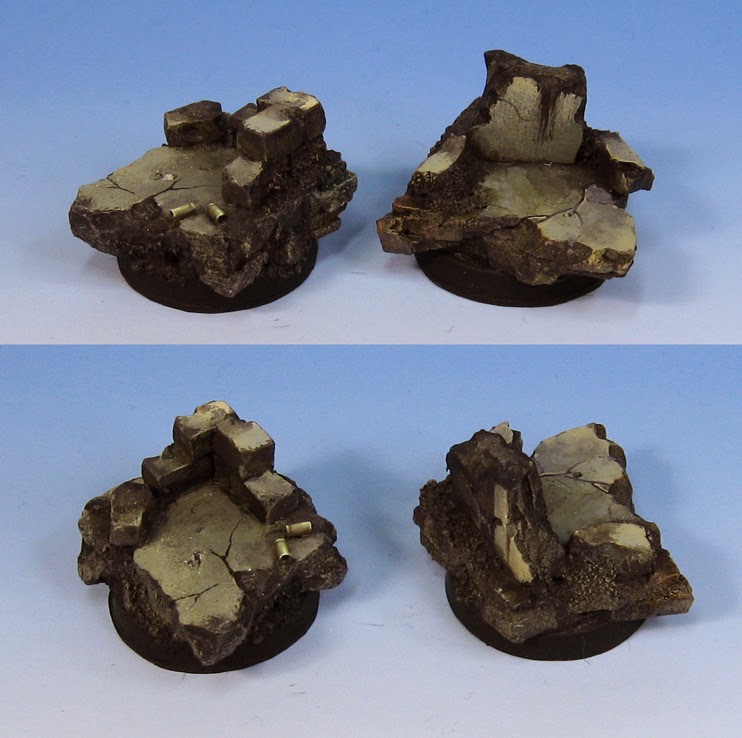 A few random GW bits on top of baked sculpey. 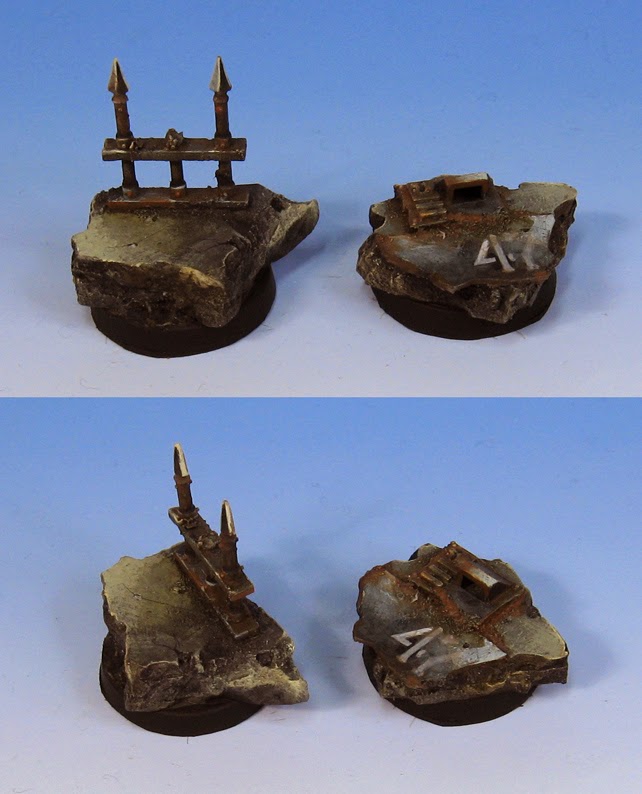 And for the whole set. 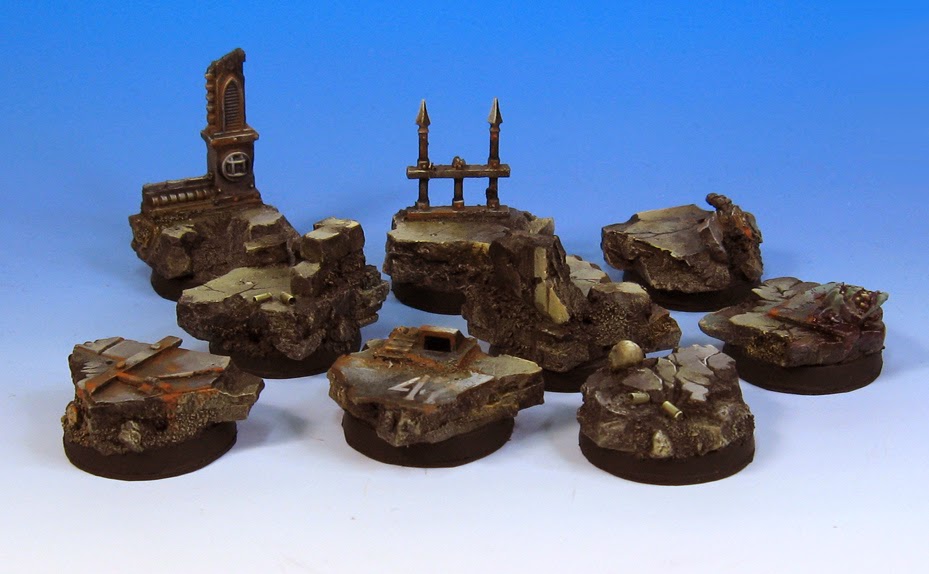 Most of the Highland Guard will get a variety of textures such as these.  One squad has a more specific theme, since they will be guarding the landing pad and other areas that require deck plating texture. 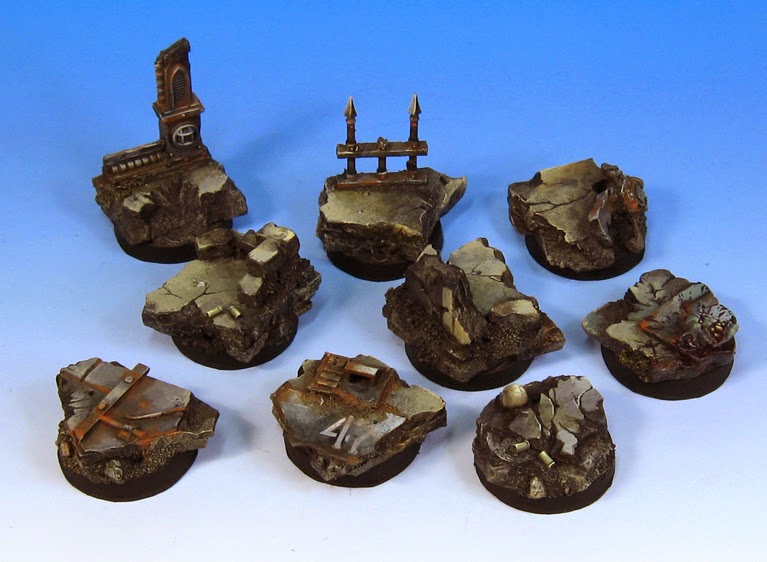 I added the color test mini for the last few images.  The figures are also complete, but I wanted to hold off an putting them on the bases, so that you could get a better view. 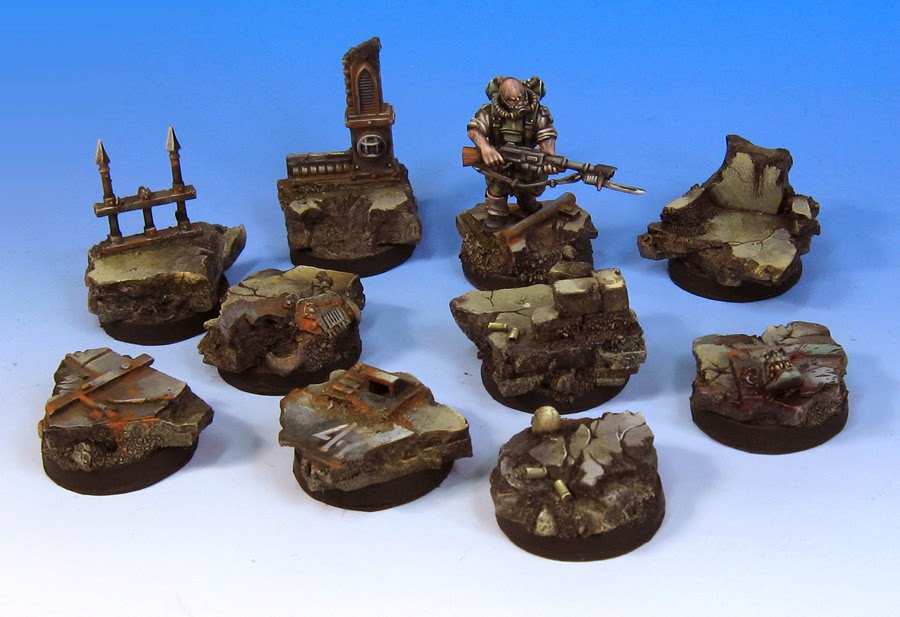 Can't wait to show you the whole squad on these bases!  Stay tuned. 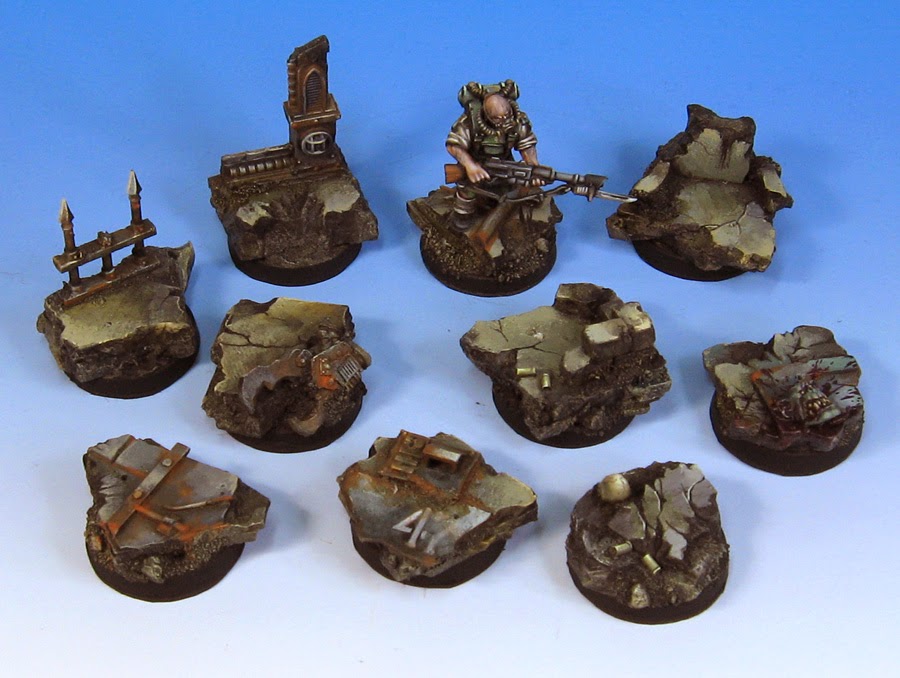 Posted by wappellious at 1:45 AM No comments: