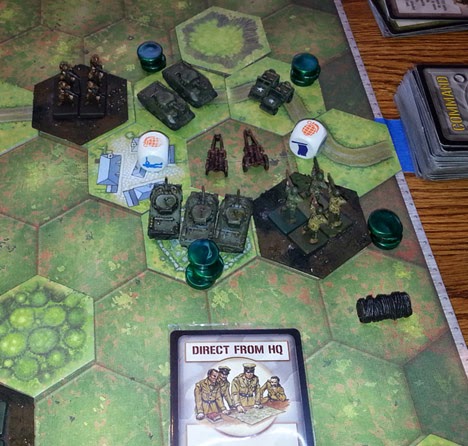 So, it was time for Rich and I to play the other half of his scenario.  And now, I would be playing the U.S.!  Rich sees just how precarious the Axis position is in his scenario :-)

By the way, if you are interesting in purchasing this game... just head over to the Wandering Dragon Shoppe in Plainfield!  It is a gaming palace, and Kevin and Laura are the best!!!

You can also test it out, as we did, with their 'open box games' section. 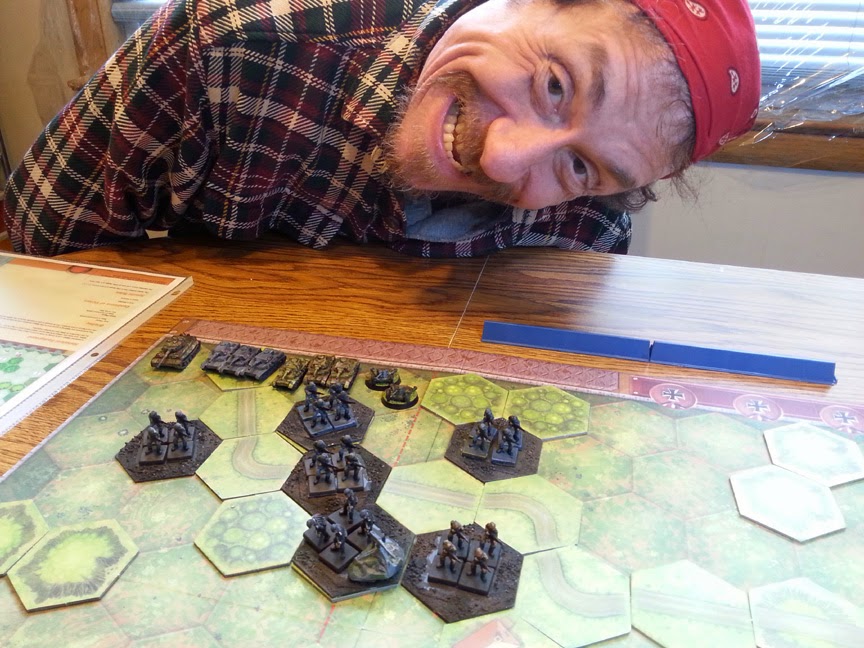 Here's my starting cards.  Idea for me, since killing off the Italians in the church and cemetery would be a huge path to victory.  You see all those order cards for the right flank, which means I can make a sustained push over there! 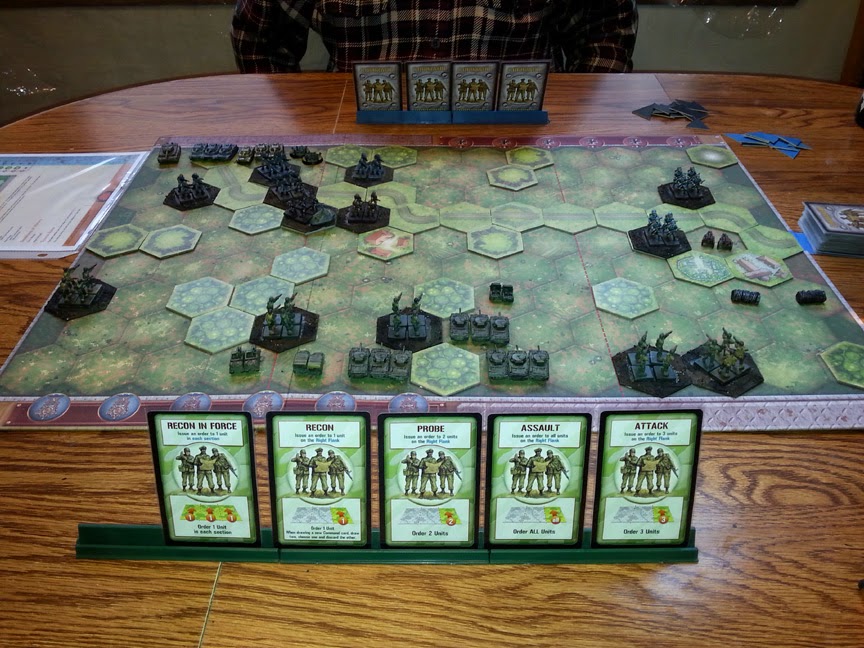 You can see that I am already shifting over as many units as I can with my other order cards. 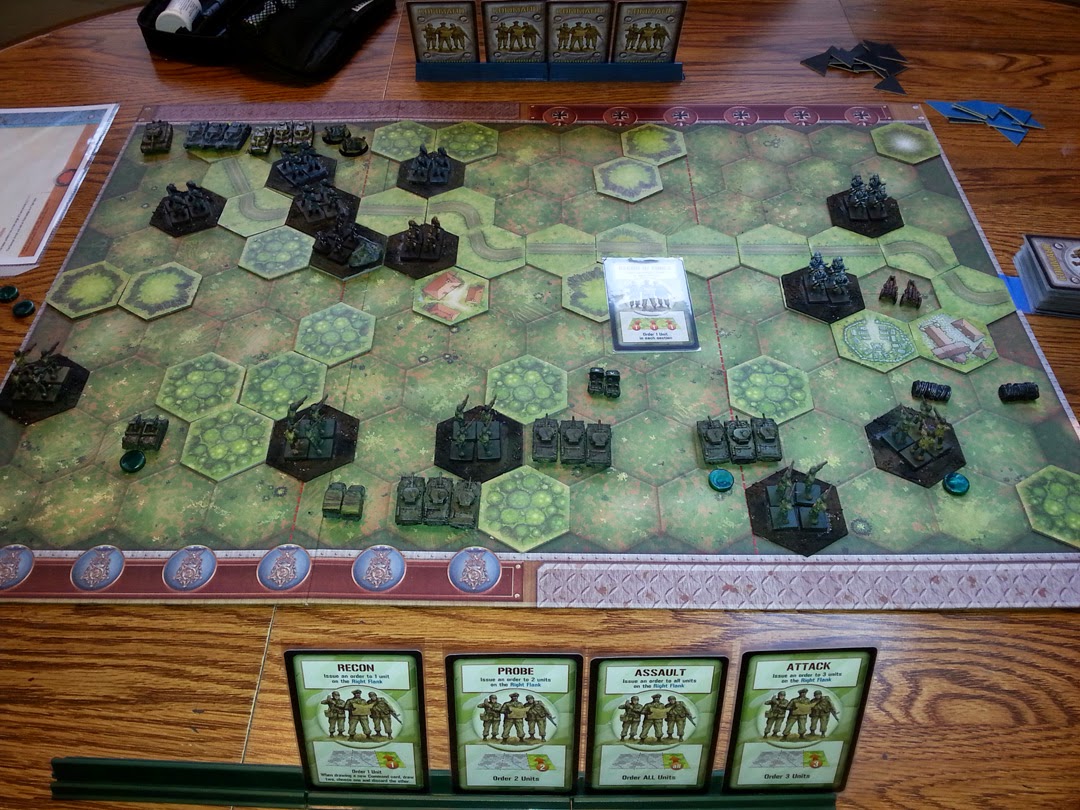 Rich is desperately trying to move his heavy units out onto the road, so that he can 'rescue' the Italians. 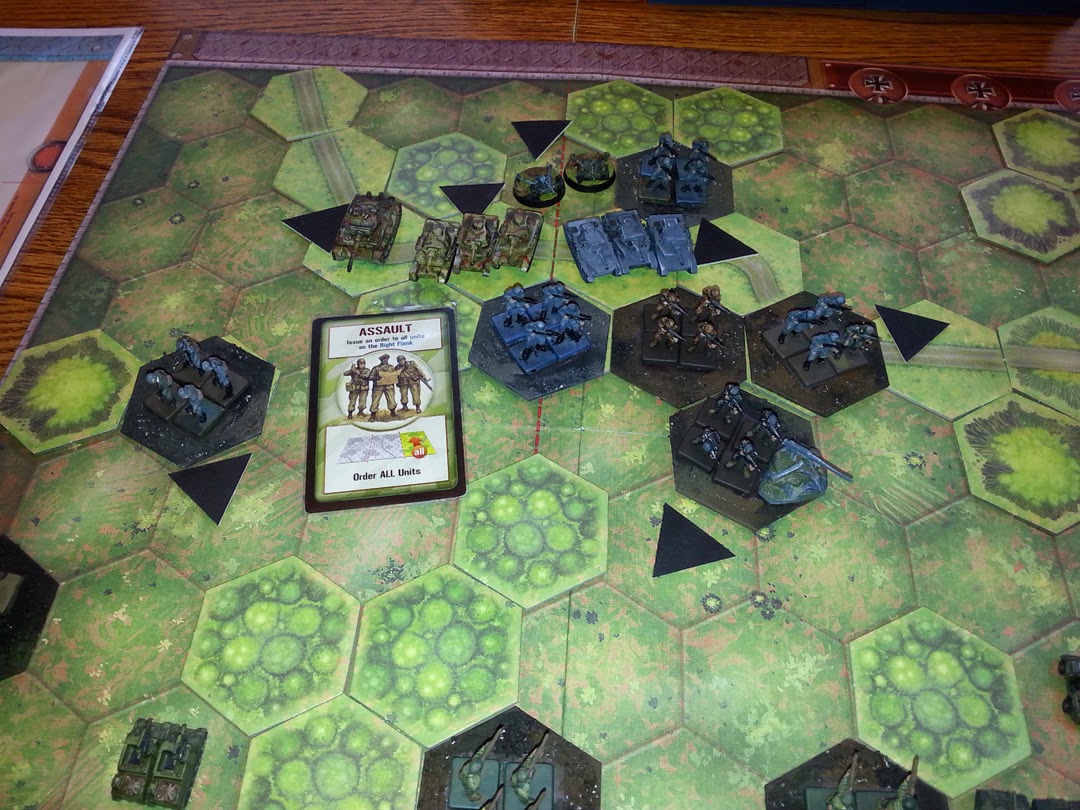 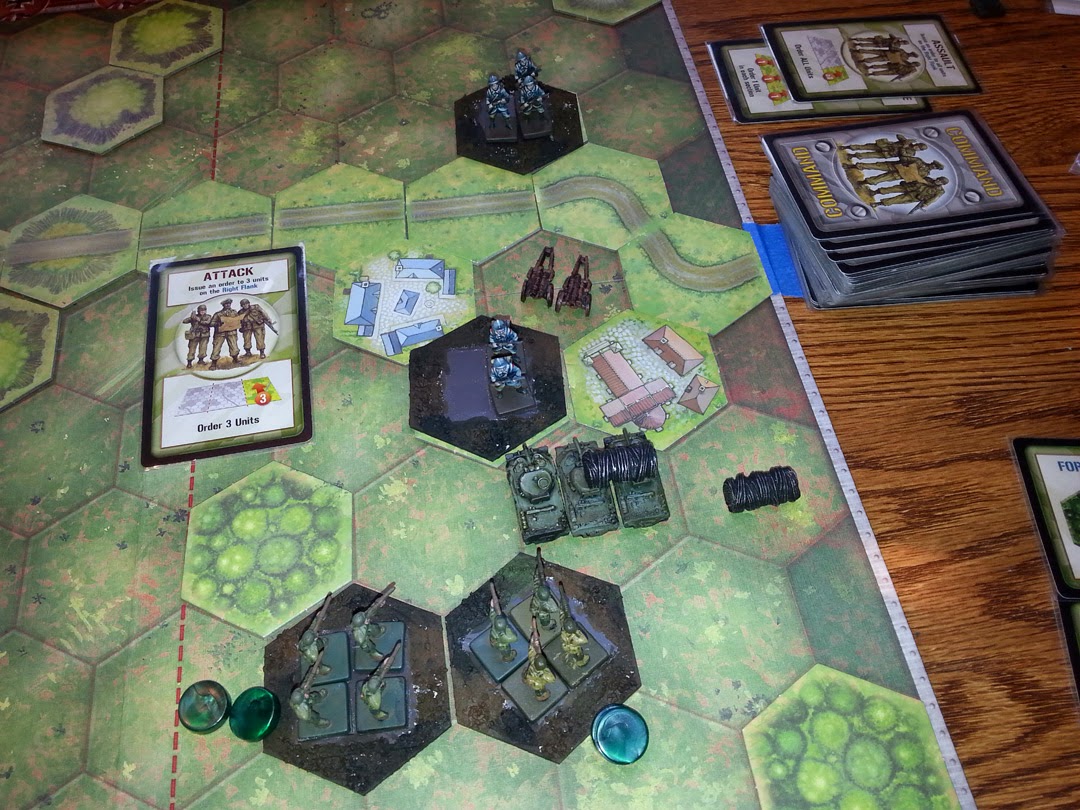 This is very bad for the Axis, since it is a certainty that all three Italian units will be killed, meaning that I only need to take out one more Axis unit to win. 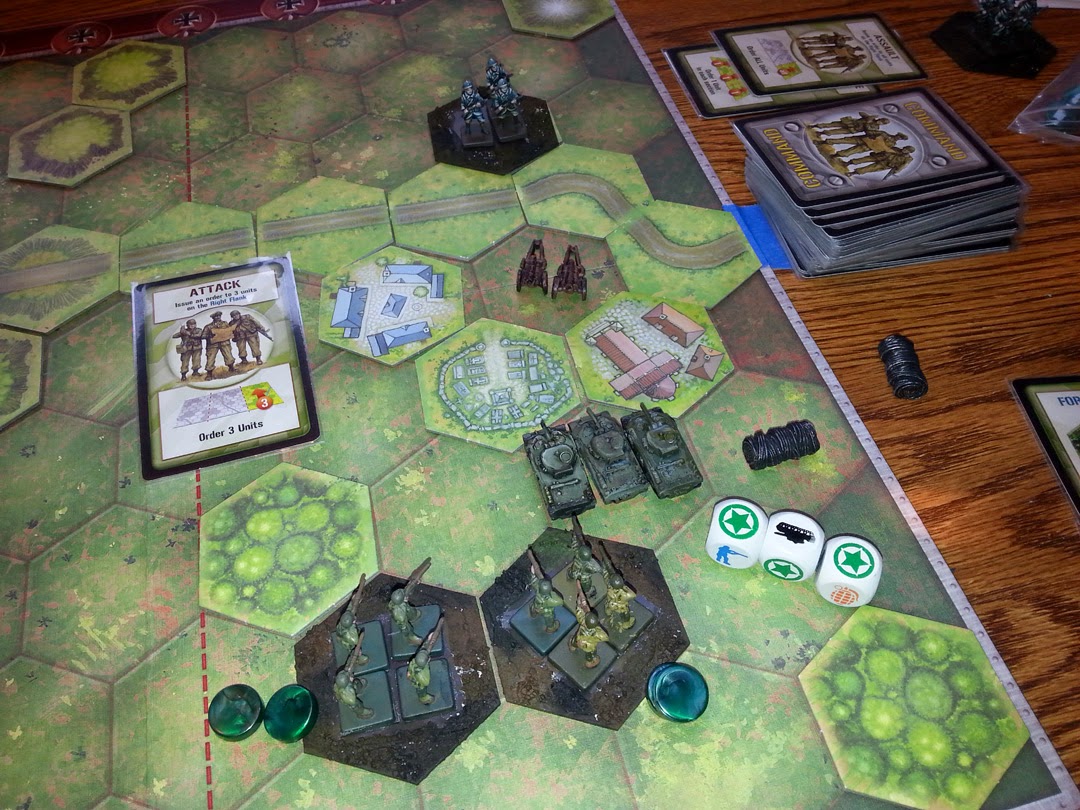 I decided to feed some units to the Germans, to lure them out into the open road.  That way, I could pick off one exposed unit for the win. 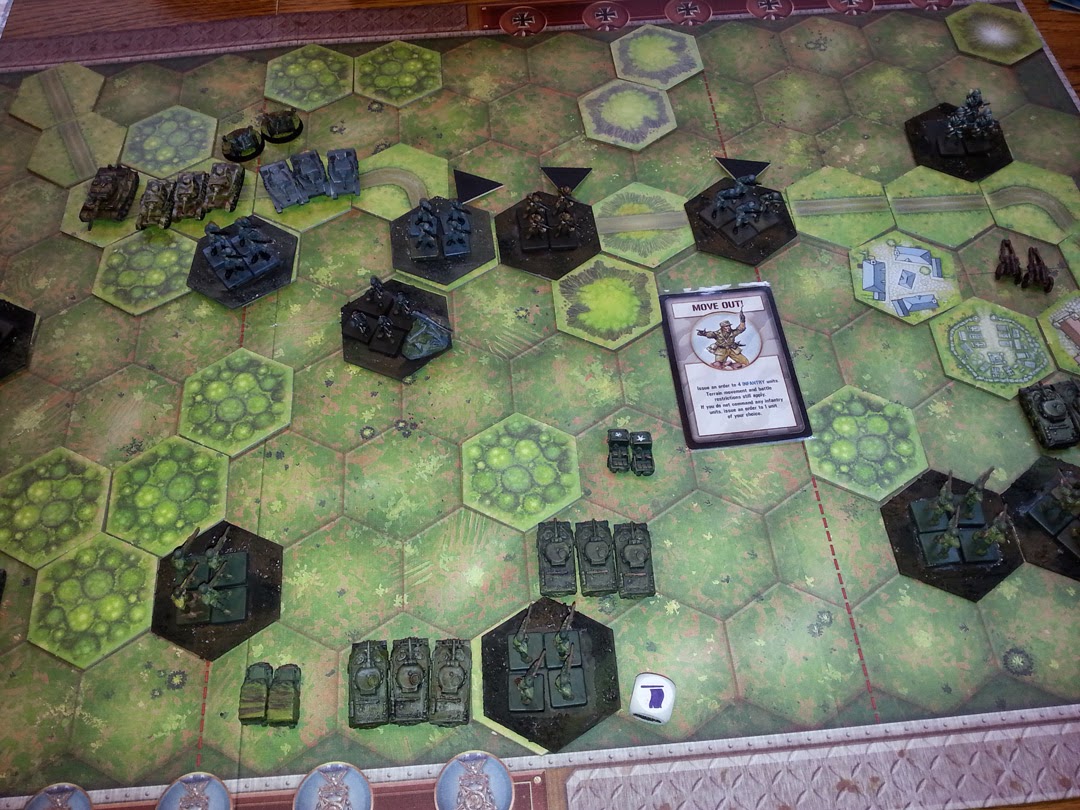 That's exactly what happens, and we also learn how devastating fast infantry can be!  Those darn jeeps hit really hard!  Moving 4 spaces and pounding the enemy is very nasty indeed! 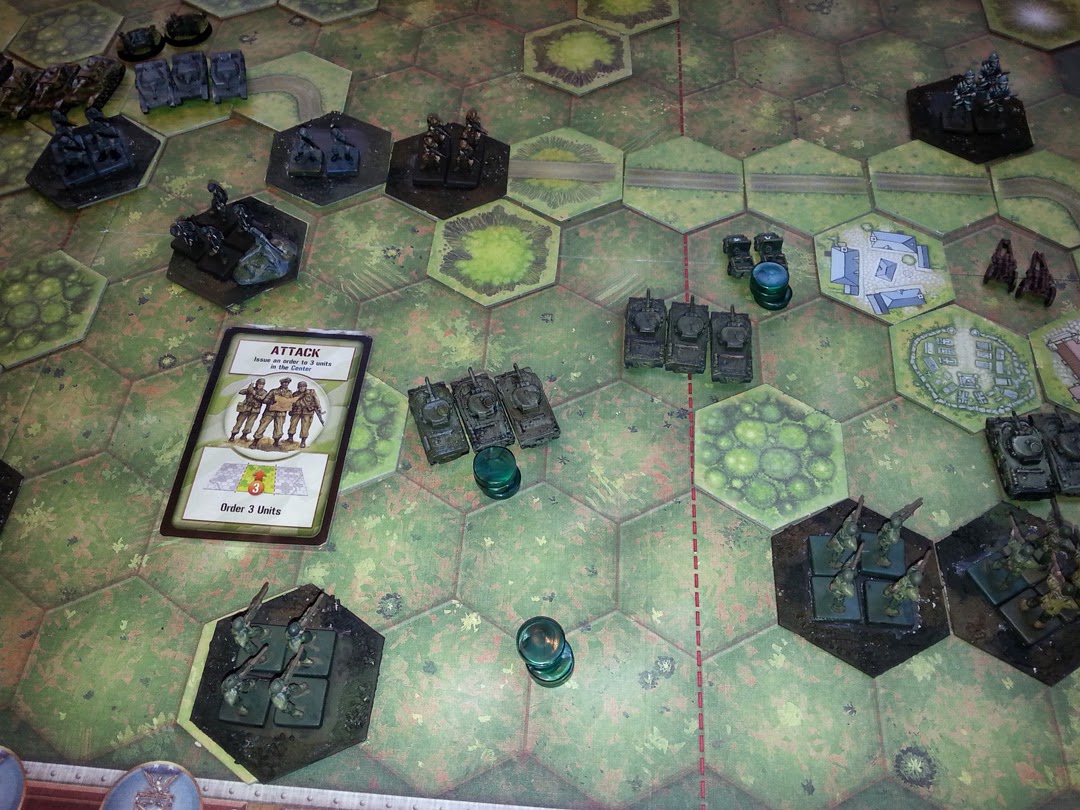 The Germans concentrate a lot of energy on a Sherman unit that I had replenished with my MASH card.  This was the ideal distraction. 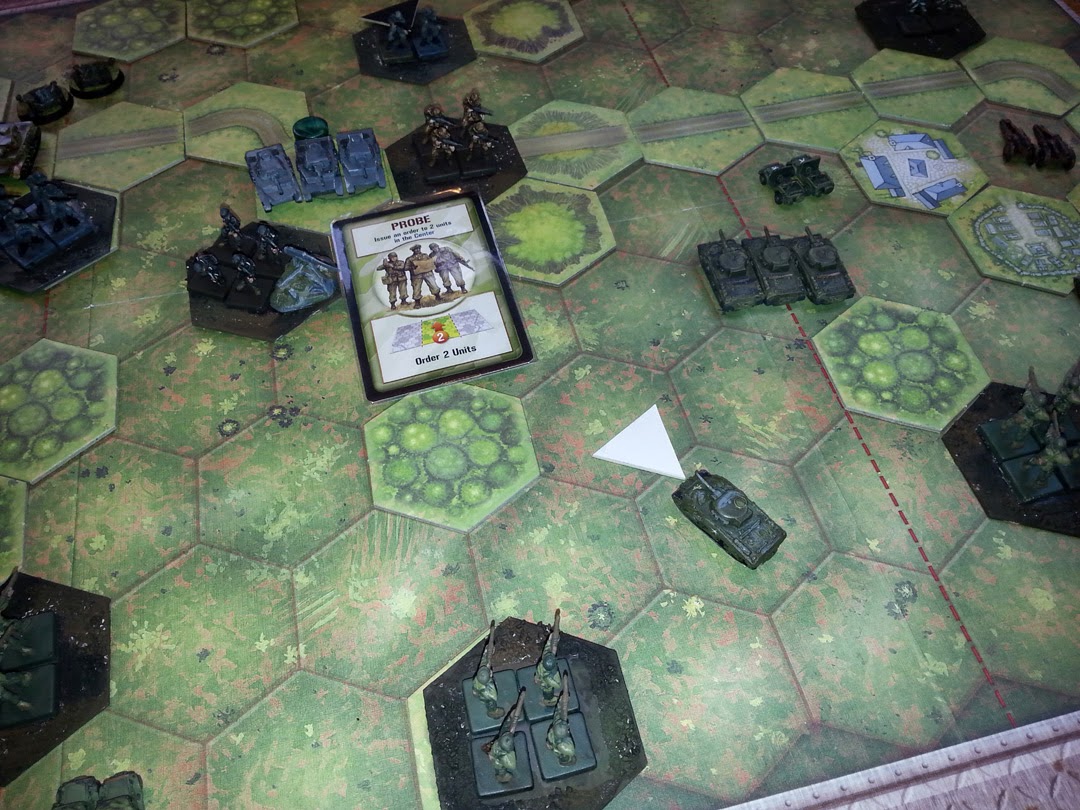 Almost there!  The Italian artillery is completely surrounded!  Looks bad! 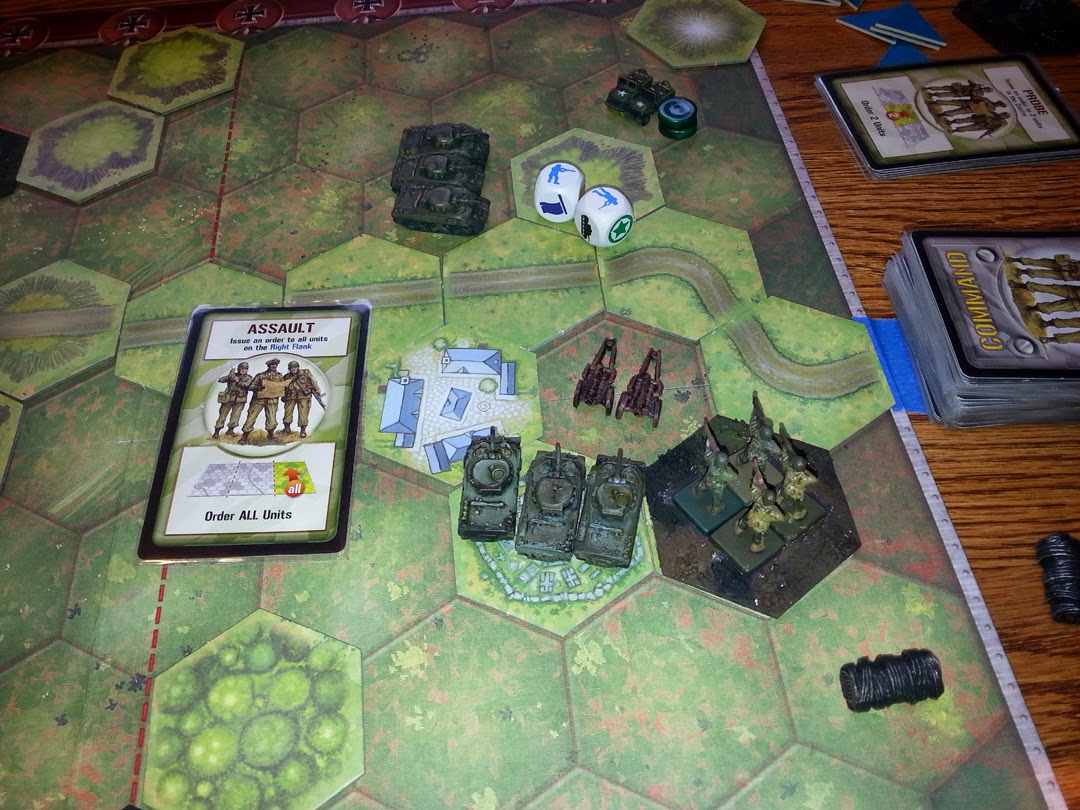 And now the unwitting Germans have fallen into the trap.  The unit of elite Waffen SS are cut down from all sides!  Just one more victory point to go! 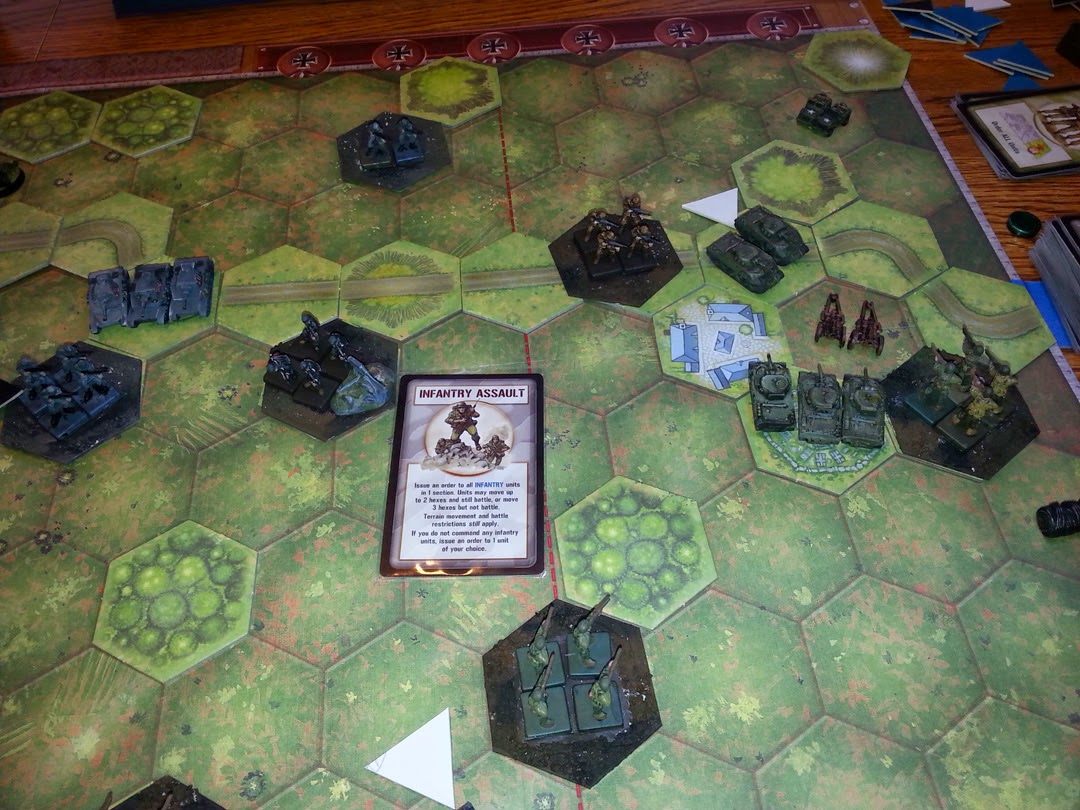 After wiping out that last German unit with the fast infantry, it was time to make short work of the cowering Italian Artillerymen!  The Stars and Stripes are avenged!!! 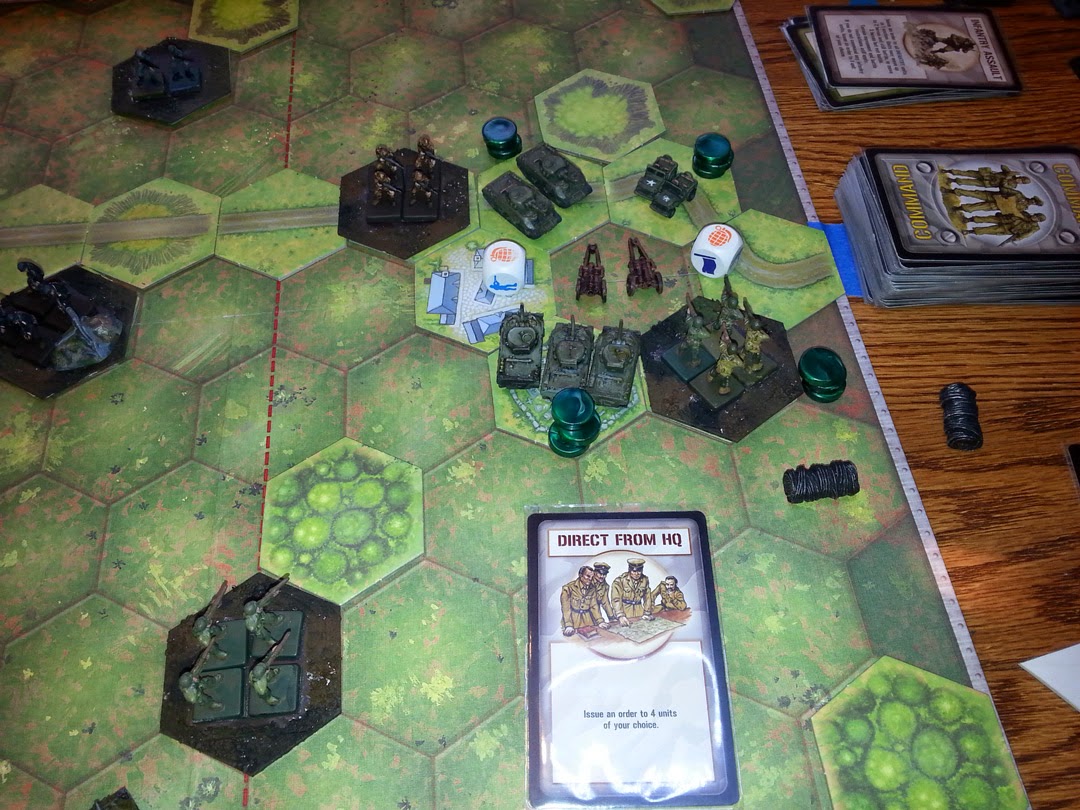 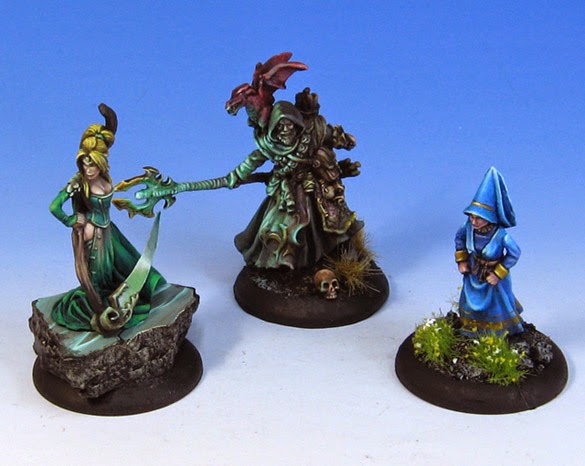 Every so often, I like to take some group shots of 'unrelated' miniatures.  In this case, it is almost entirely Reaper minis. 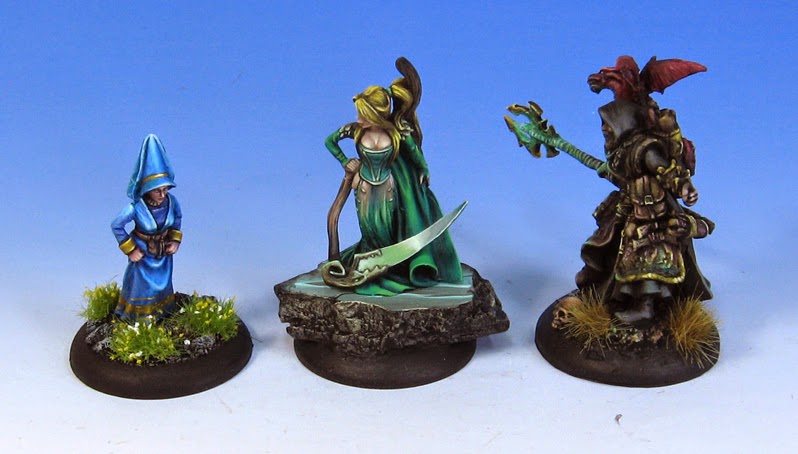 It's fun to see the color variety, and the different sculpting styles. 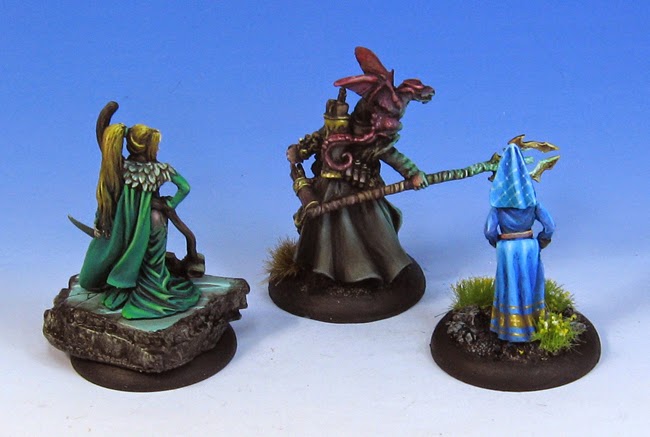 That is something that you don't often see within one miniature line these days... some variation between sculptors! 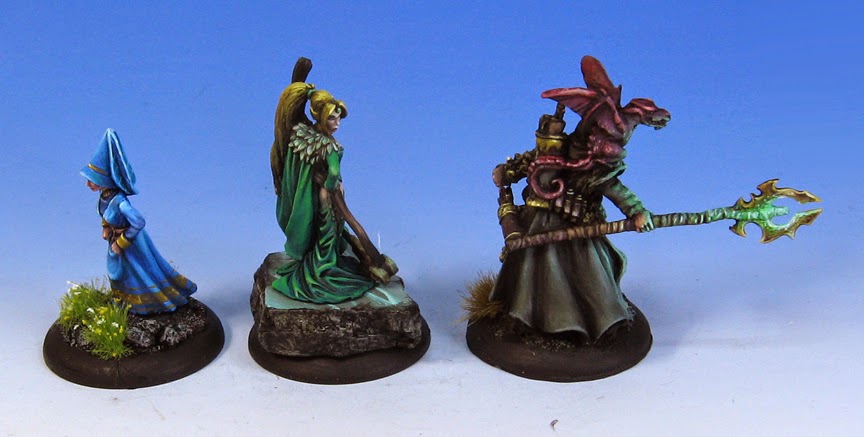 It's very cool to see the differences between these three... the way the faces are sculpted alone is fascinating. 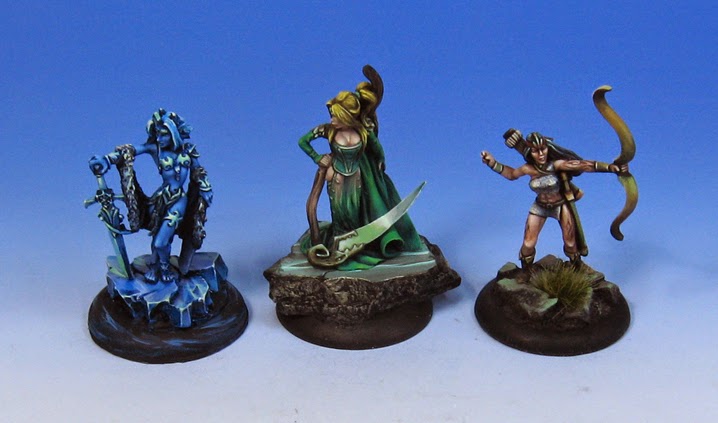 They all have a lot of dynamism to the poses. 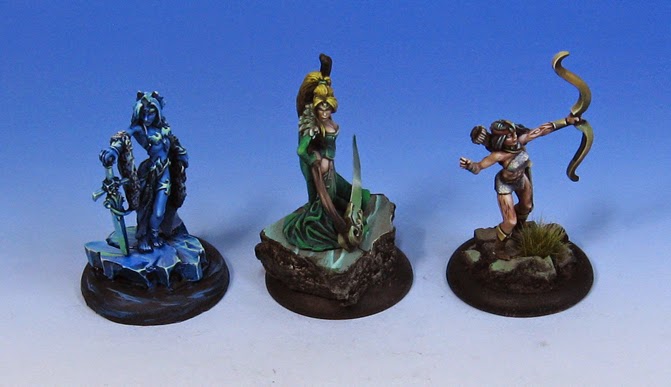 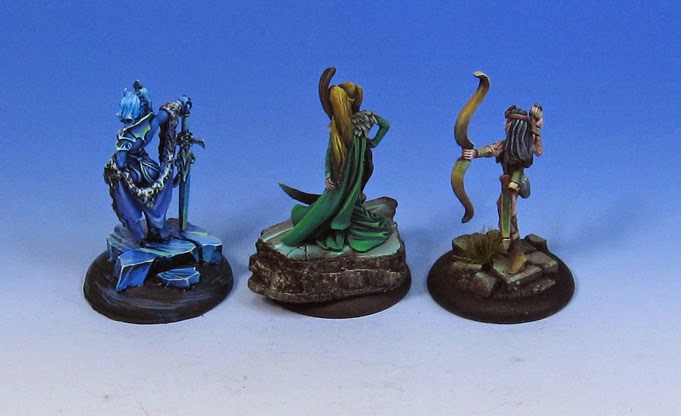 Even the bases are fun to compare. 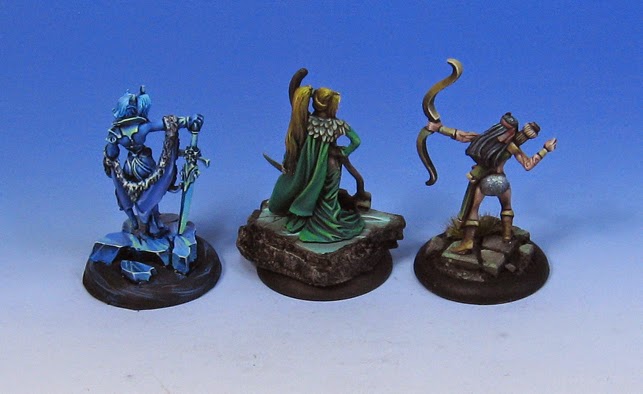 I especially wanted to see these, since they are all gone now... I will miss them! 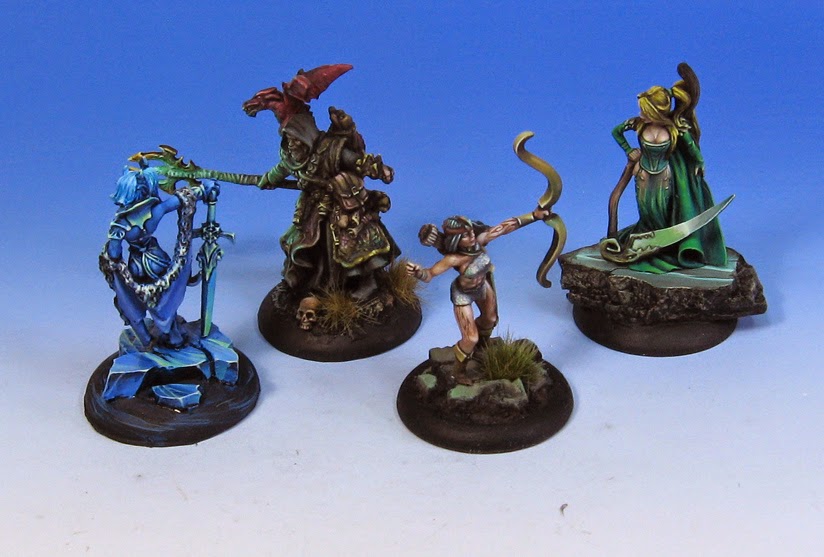 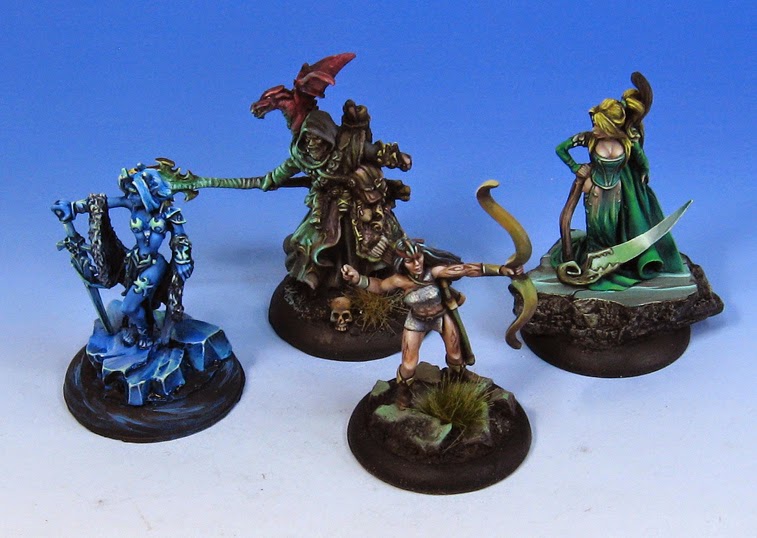 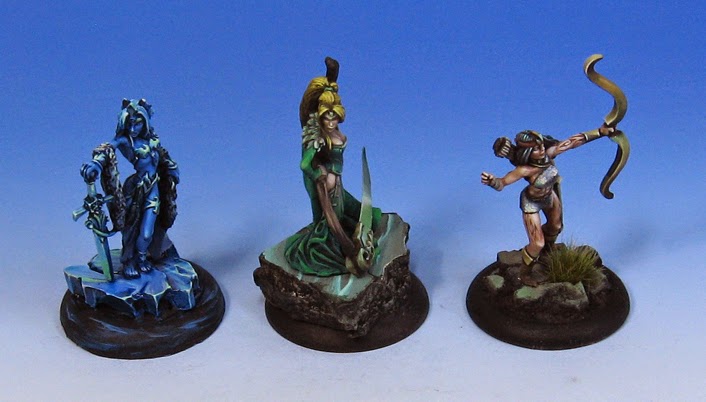 Posted by wappellious at 2:23 AM 2 comments: