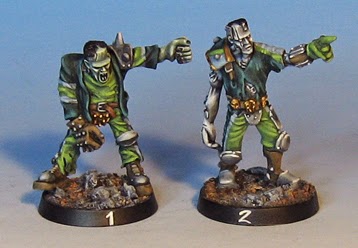 This was a very interesting Blood Bowl project.  The plan was to make a few teams in one.

When combined together, you could create an Undead team, a Necromantic team, or a Khemri team. 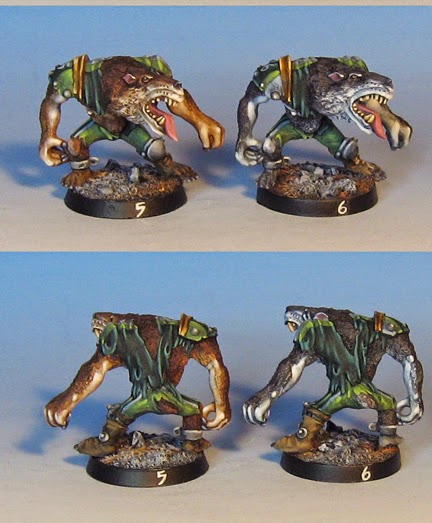 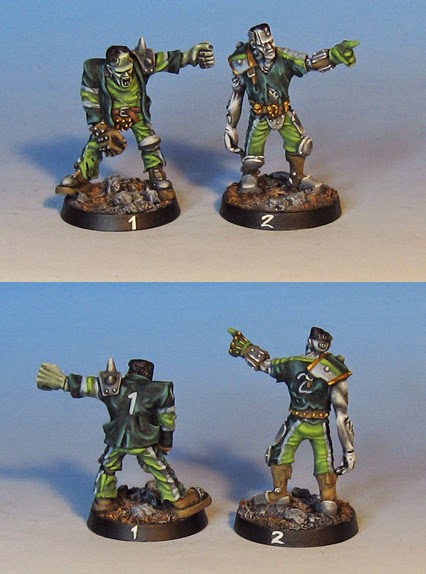 One set of Mummies. 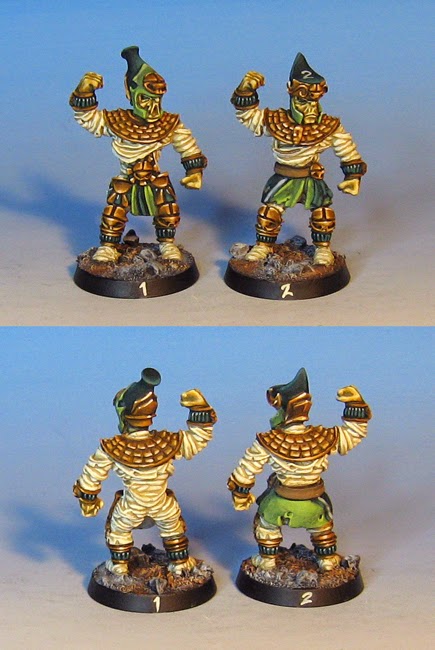 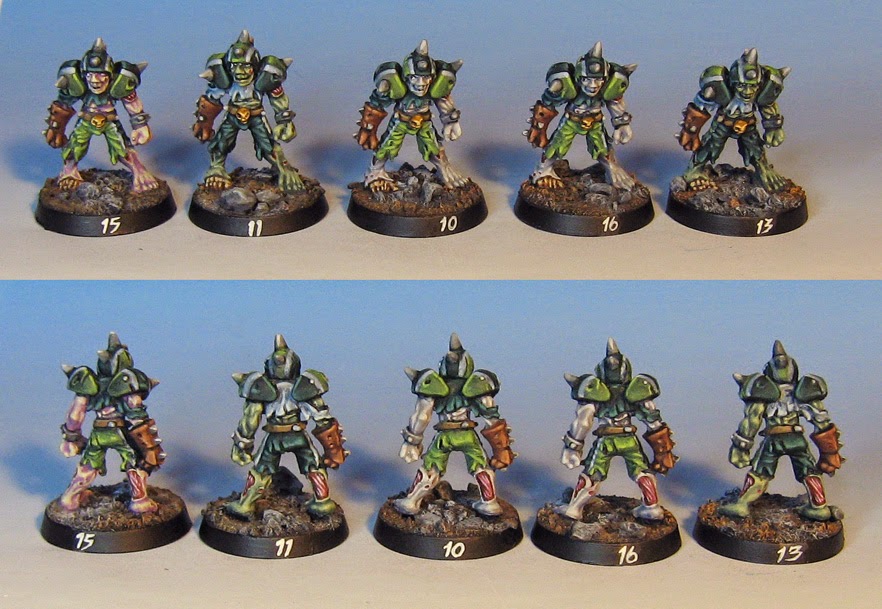 Those shifty ghouls!  Nasty with block and any kind of stat increase! 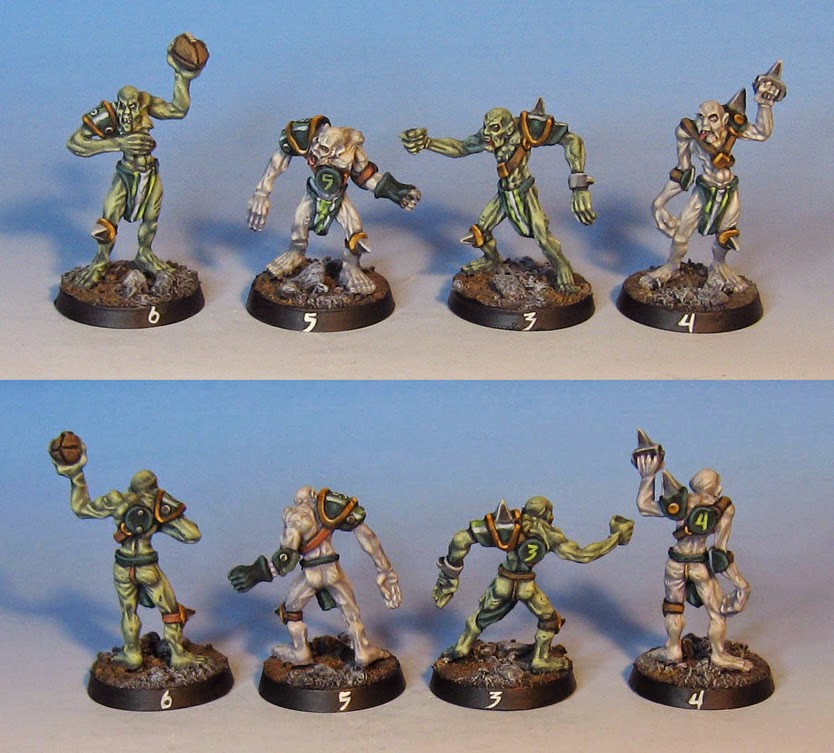 Did someone mention skellies?  Old style!

Stay tuned for the rest of the team! 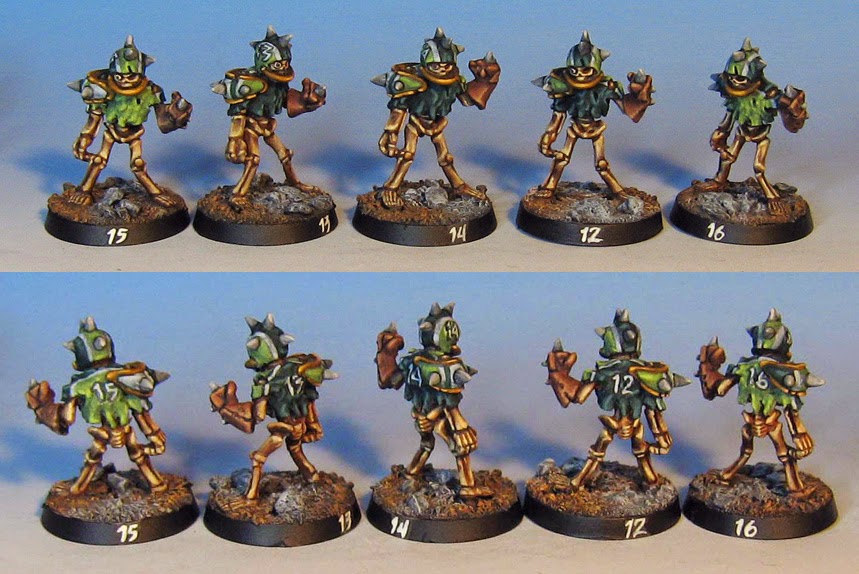 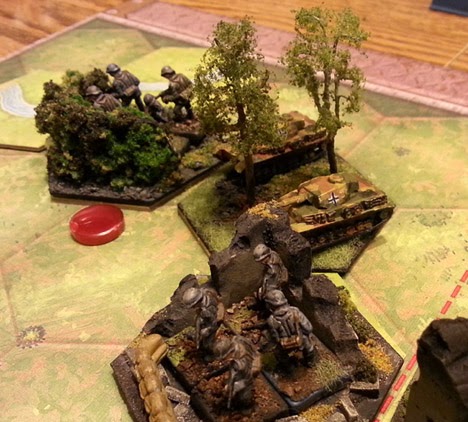 Another attempt at liberating a town!  A heroic charge by a Sherman unit shatters the final Panzers, and leads to an armor overrun by the unit. 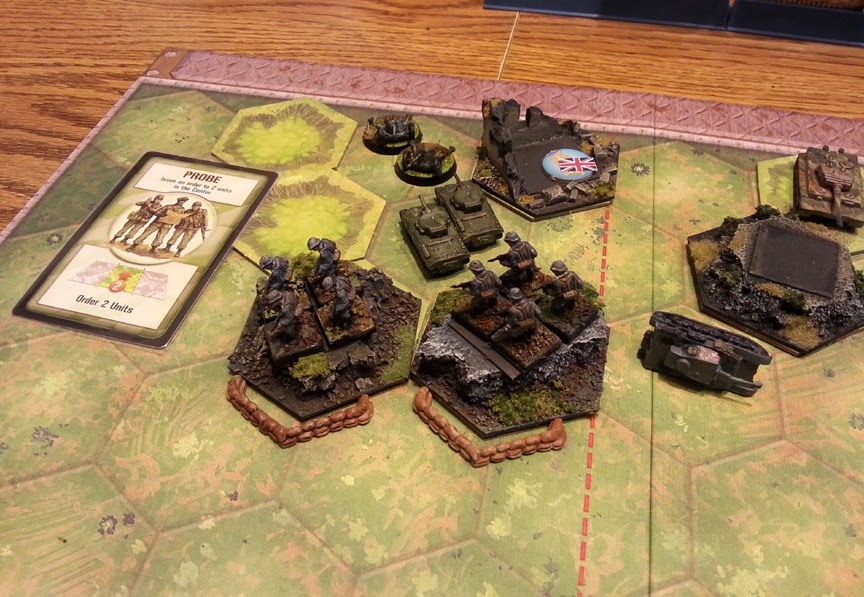 Sure enough, a unit of Grenadiers is sent to dispatch the unfortunate tankers. 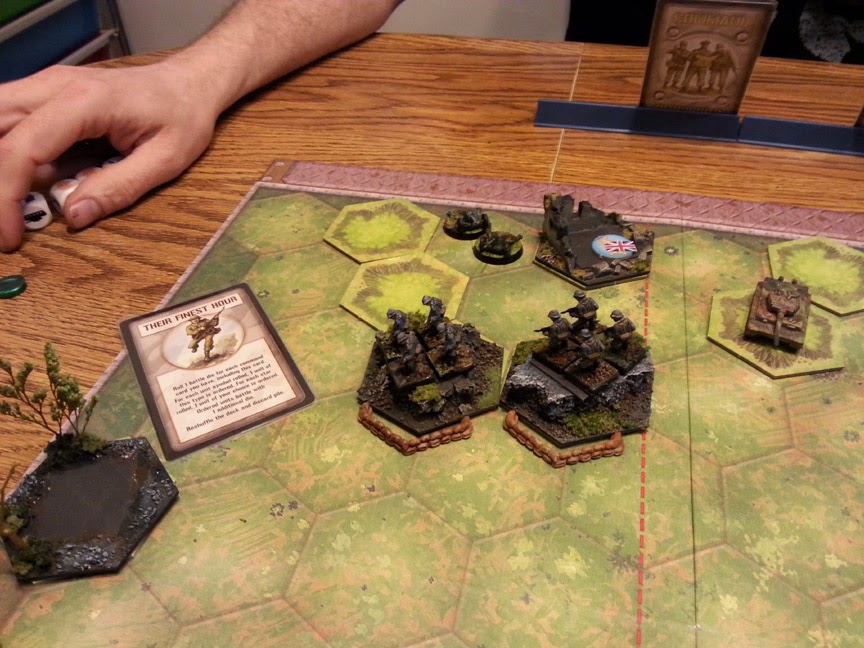 Undeterred by their fallen comrades, yet another armored unit comes forward to challenge the king of the battlefield... the Tiger.  They are able to get onto the same plateau, and blow the turret from the beast!!!  The troops in Caen are saved... for now. 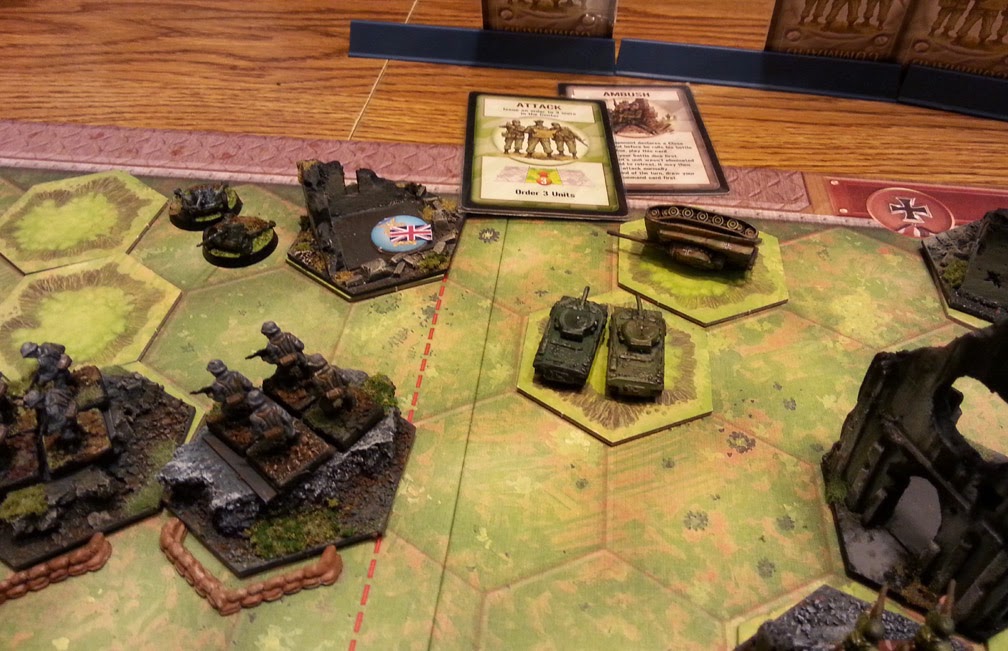 Bombardment from afar remains the greatest threat to the liberators.  The battle must end soon!

Fortunately, the destruction of the Tiger tank convinces the Axis that their positions here are untenable, and they choose another defensive line, this one at a nearby bridge. 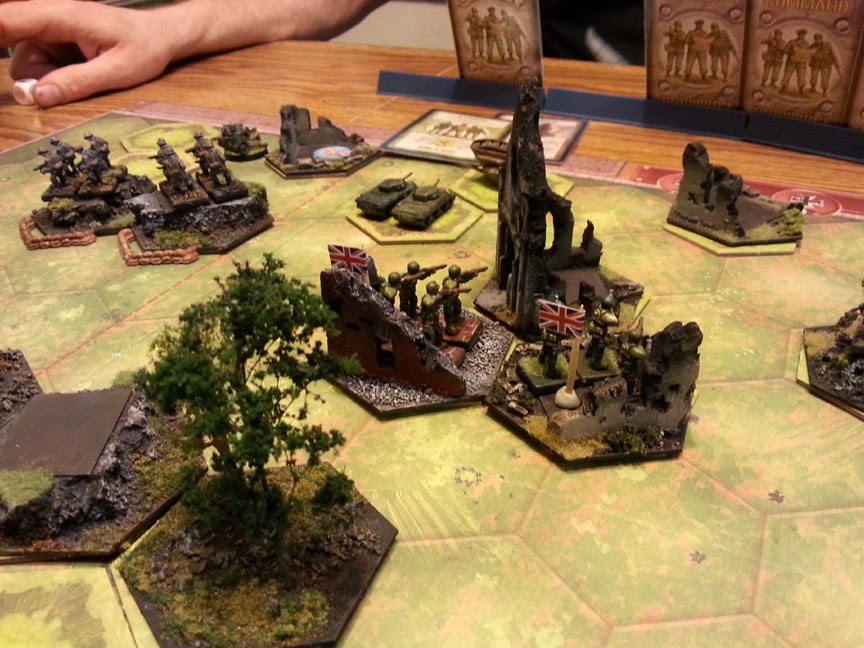 Here you see the setup.  The Allied Victory Event Roll weakened 2 infantry and one tank unit, while the Axis damaged one infantry and tank unit.

However, the Axis lost all of their reserves, due to the defeat at Caen.

The Allies were able to call upon one more additional Infantry unit. 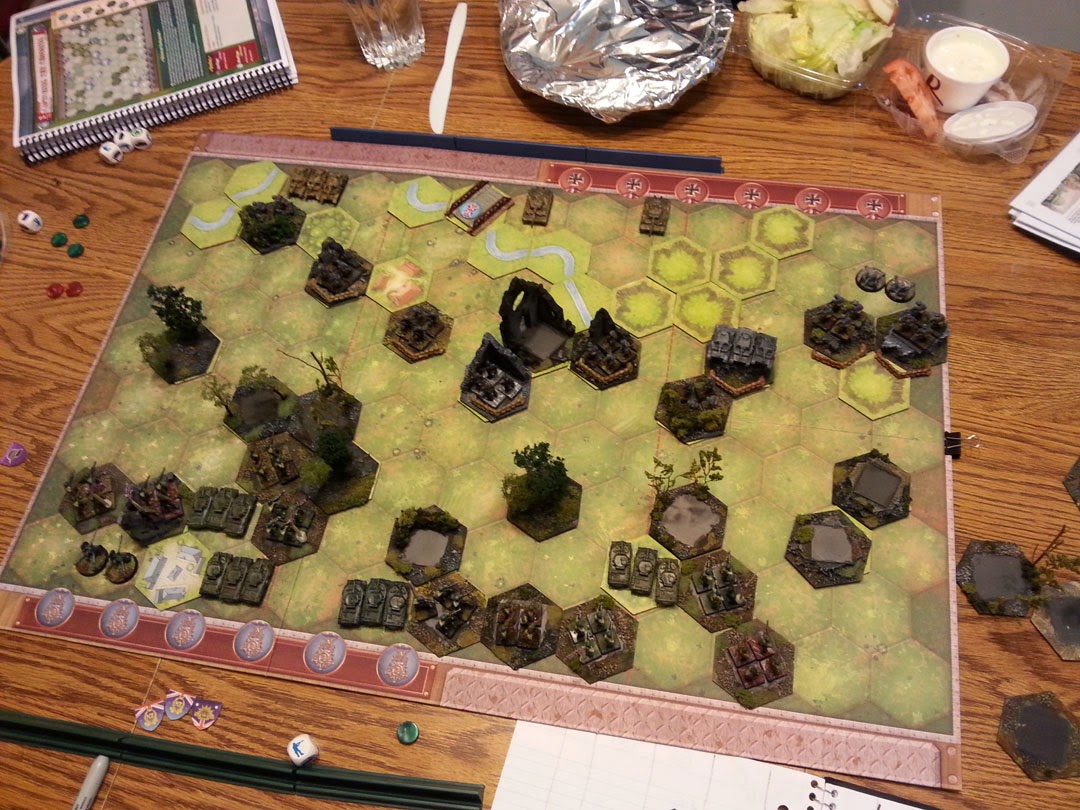 The Axis are even more dug in this time, backed up by multiple Tiger units! 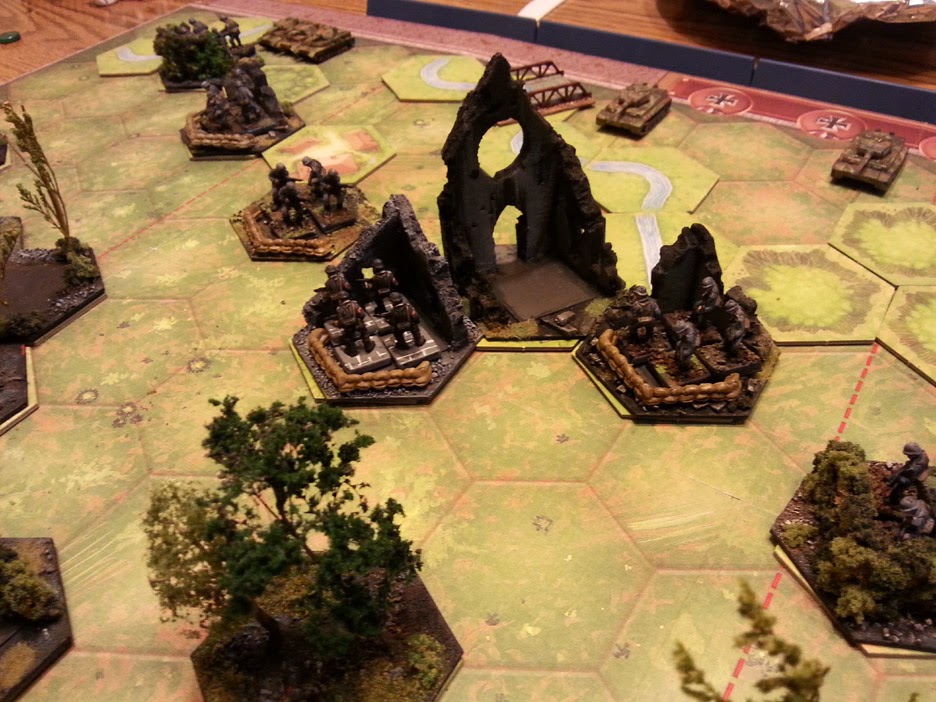 My hand is very strong.  Not only can I execute sustained assaults on key areas, I have nasty command card such as the Barrage, which can take down just about anything, no matter how well fortified a position may be. 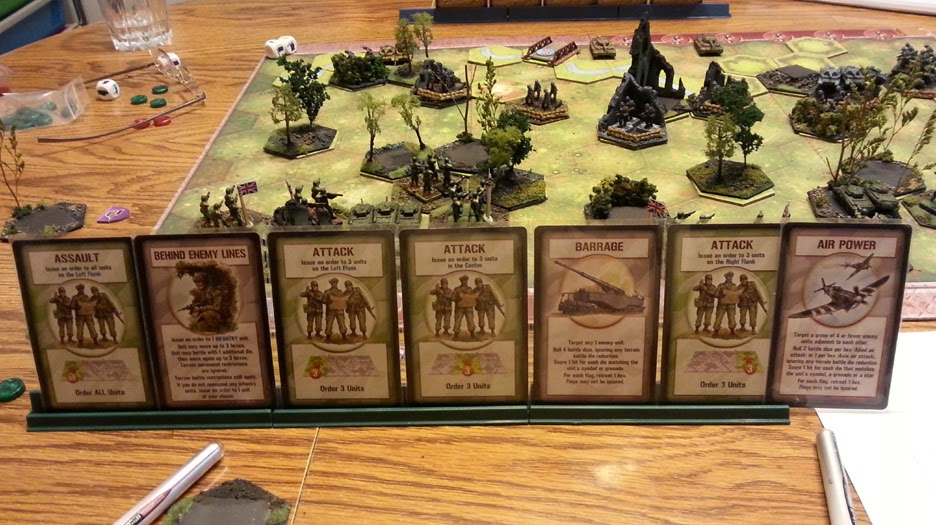 The British forces begin by shifting their units on the left into the forest.  They shall await there as their jumping off point. 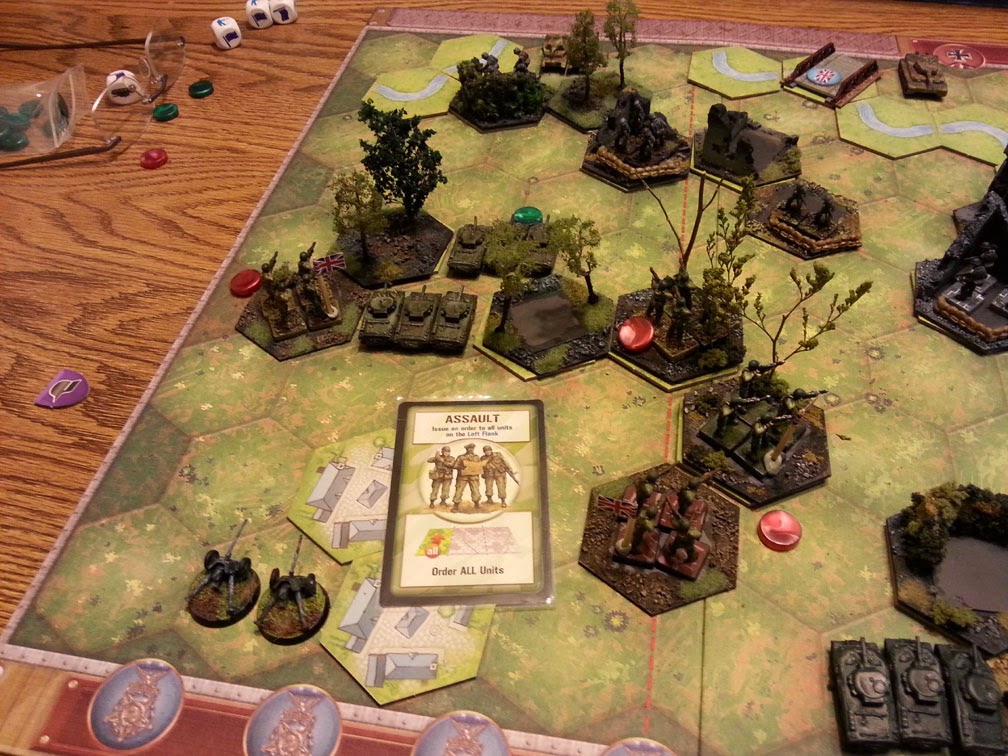 Seeing this maneuver, the Axis moves to counter.

Stay tuned for the next episode to see if the Allies can take the bridge, thereby solidifying their gains from the previous fight.  Right now, the score is 7 VP to 4 VP in their favor.  Two extra points were awarded for liberating the towns! 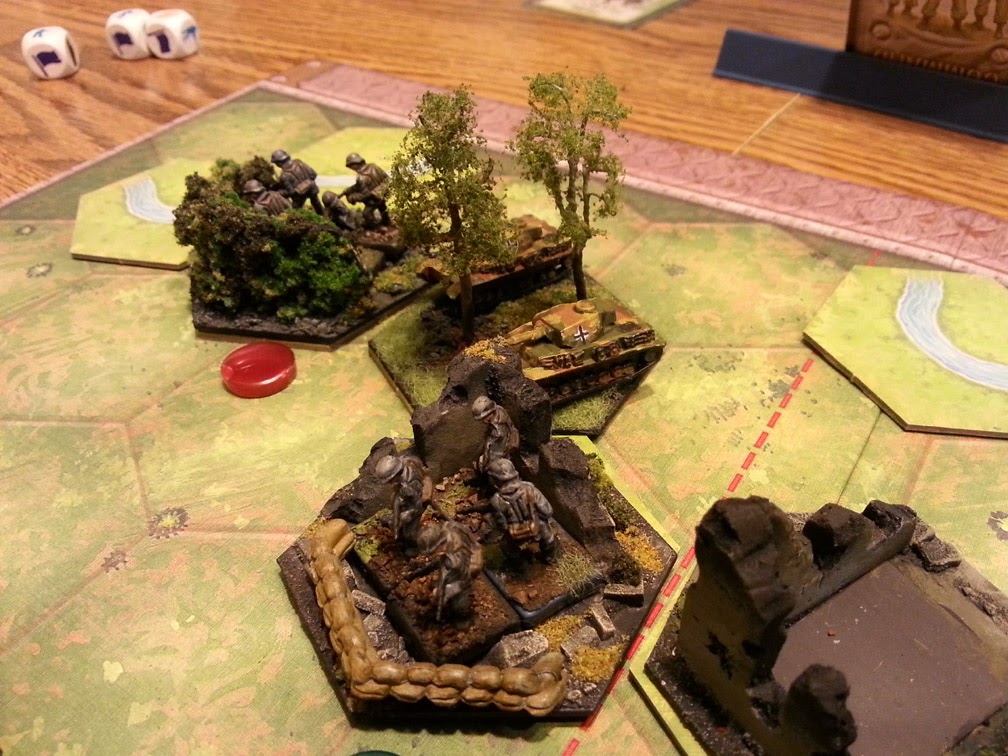 Posted by wappellious at 3:32 AM No comments: