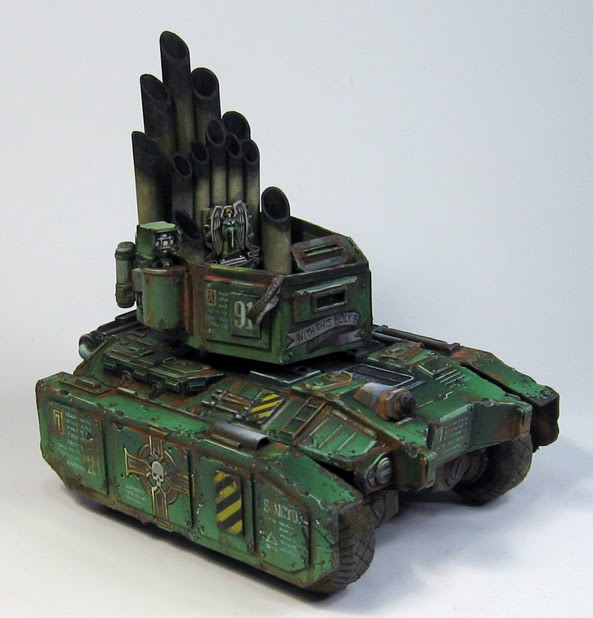 While there will eventually be many more hours of painting on this, for now, it is done :-) 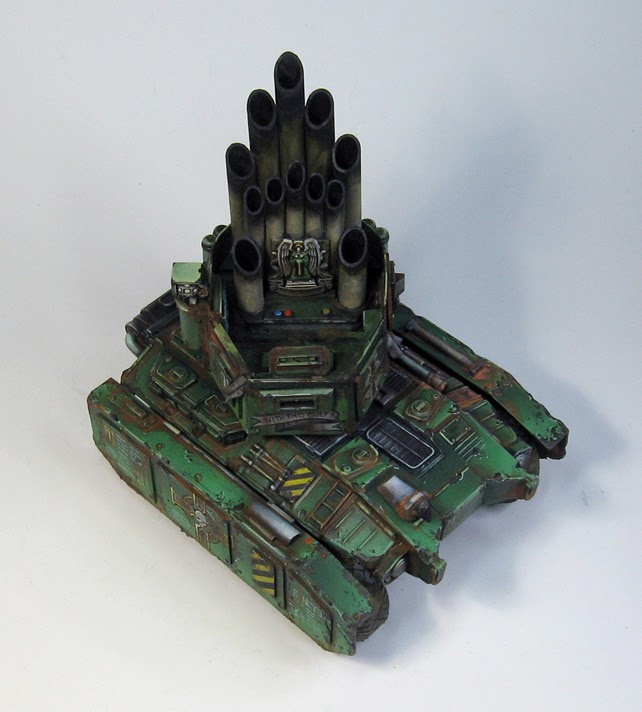 Most of you already saw the WIP post with the scratch built turret. 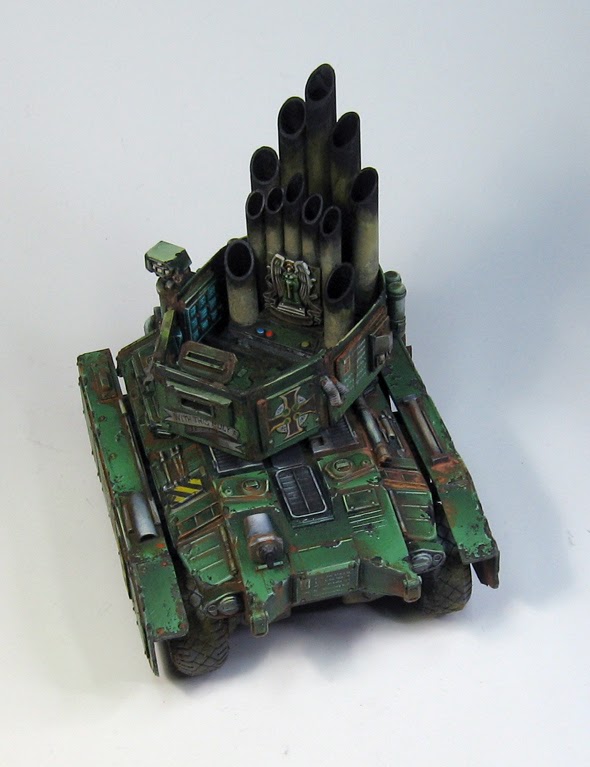 I still wish that I could have put the Sister in the turret playing the organ.  It was going to be a conversion of a Dark Eldar figure. 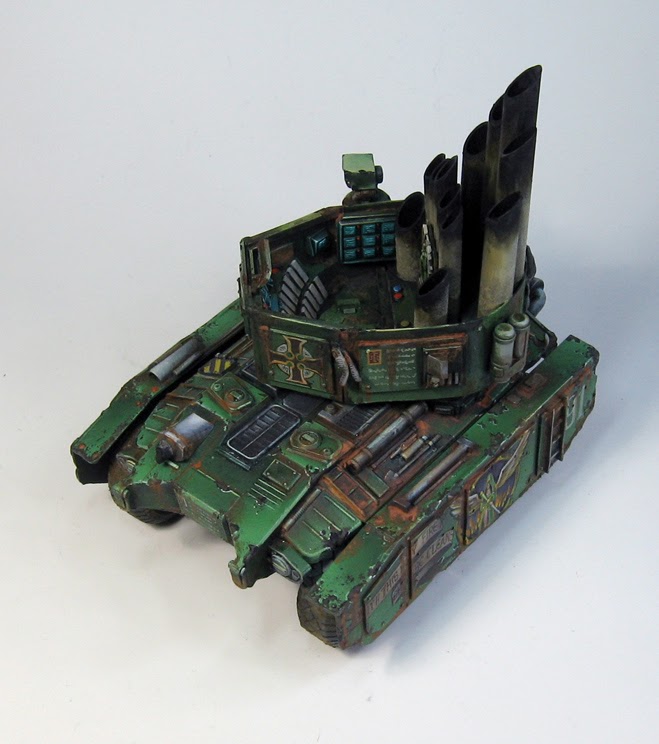 However, I think this gets across the point! 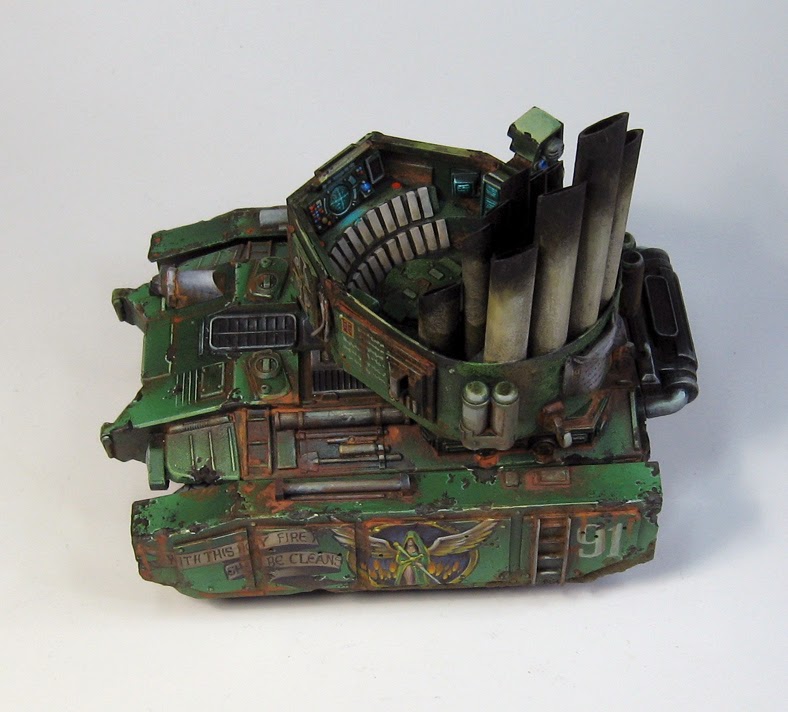 I was glad that I included those bits from the rhino interior.  The screens were fun to paint, and added a bit more color interest in what could have been a boring area visually. 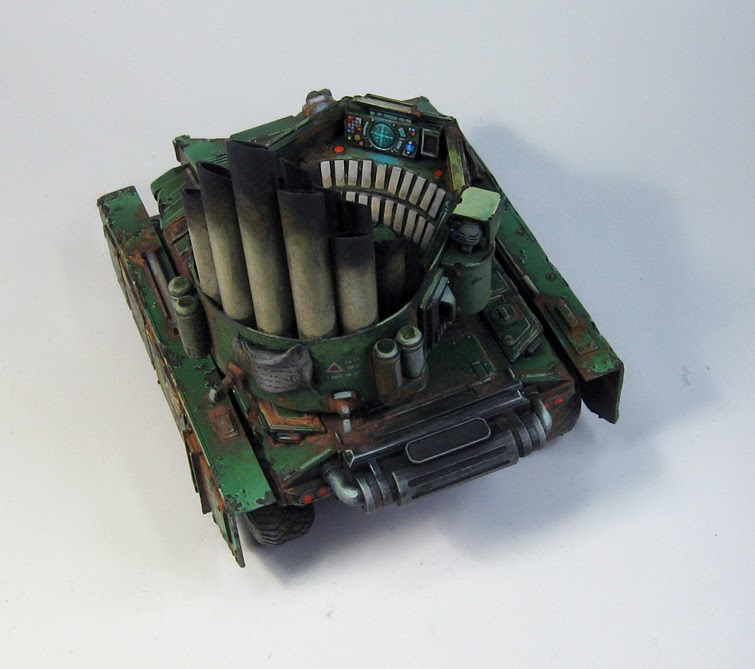 I was also glad that searchlights come with Exorcists, because I had one, and the sponson added a nice a-symmetrical element to the turret. 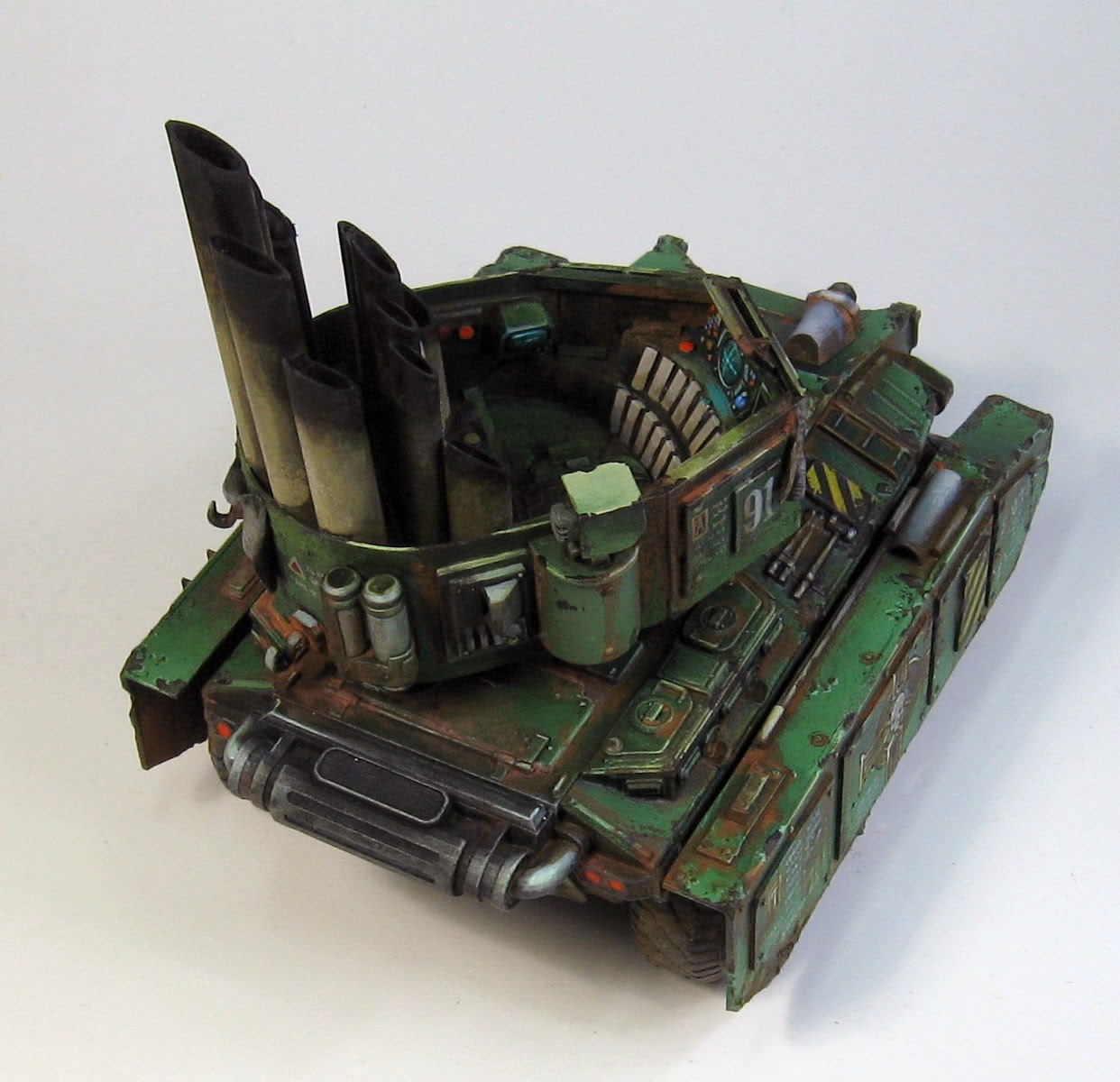 I wanted to post this after the Hydra to show just how different this is from the 'standard' RAV 6 x 6 from Secret Weapon. 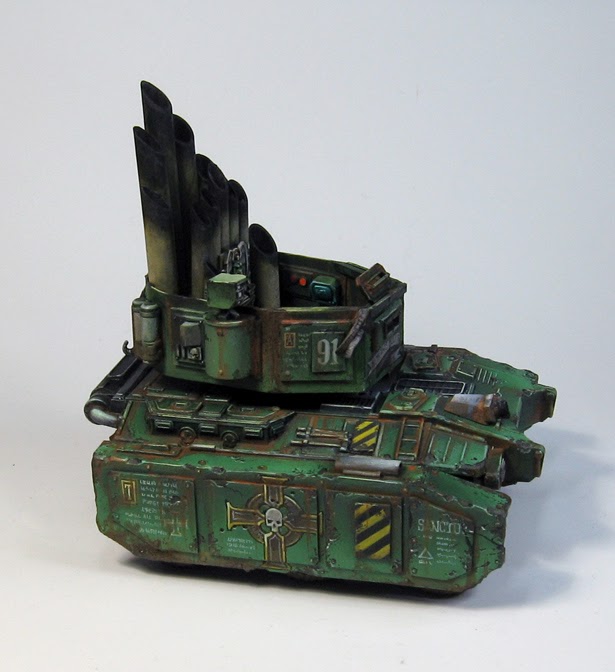 I will do some side by side shots as well, and a scene with a Battle sister's squad that I almost done! 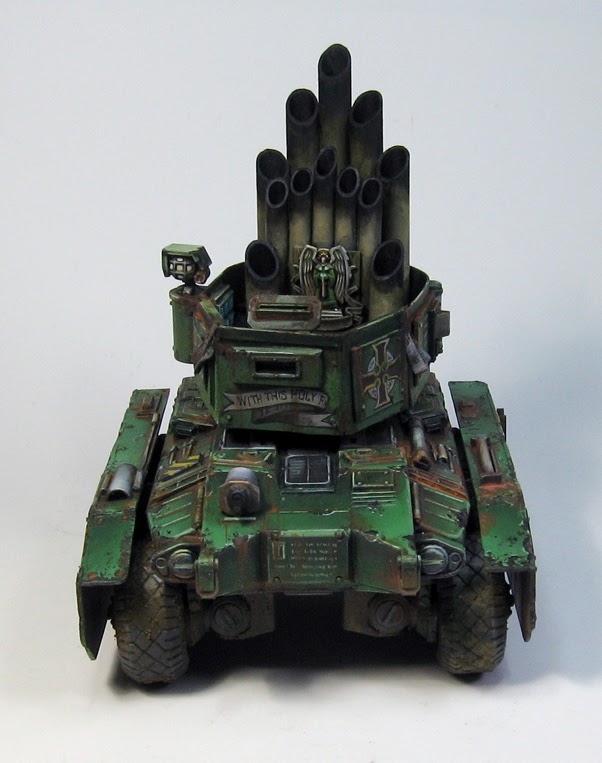 It always looks so different from the unprimed raw version :-) 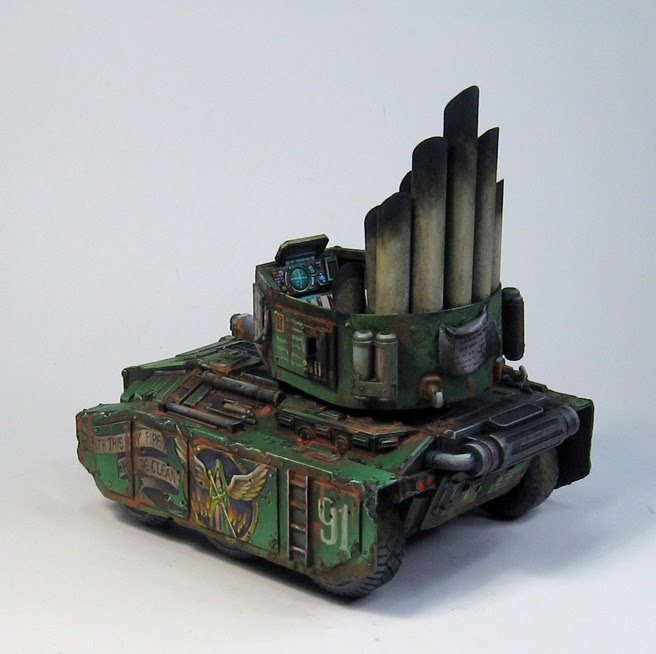 All the extra armor plates that I added were great for showing the Sisters of the Raven iconography. 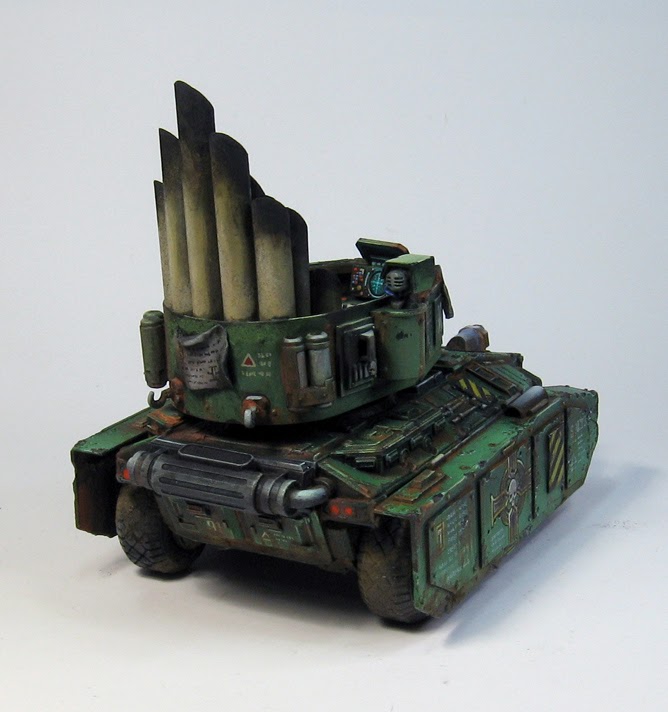 Hopefully it will last past turn one! 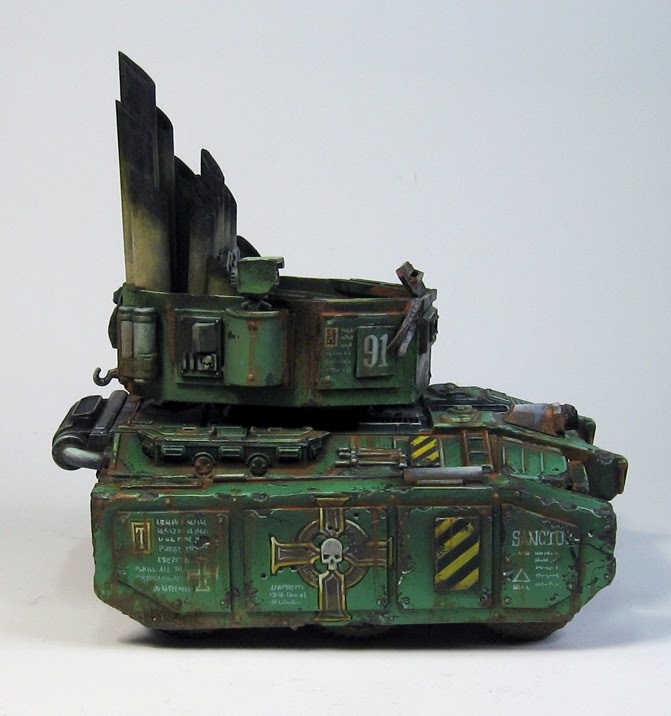 I guess this will attract a lot of attention.  I think I will really need it if there are lots of baby titans out there! 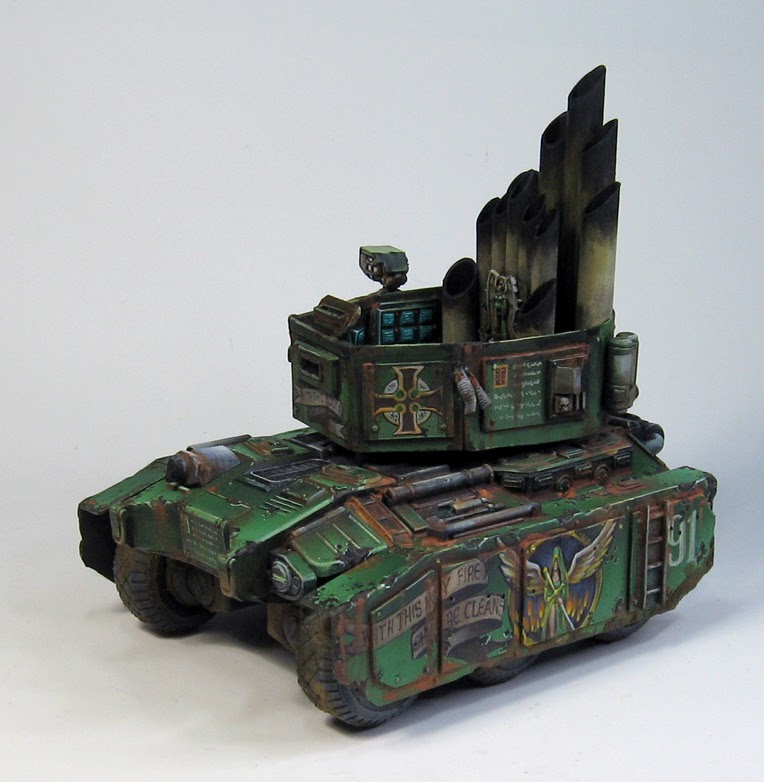 Posted by wappellious at 1:44 PM No comments: 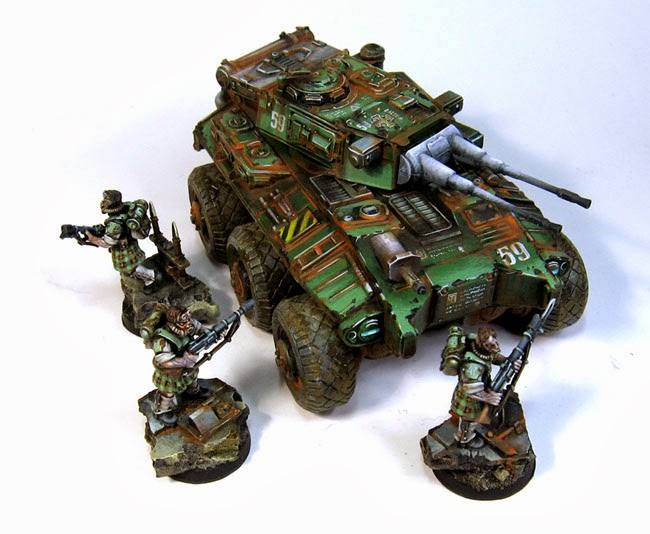 A few images now of the Hydra.  I have some of the Highland Moss Guard around it for scale. 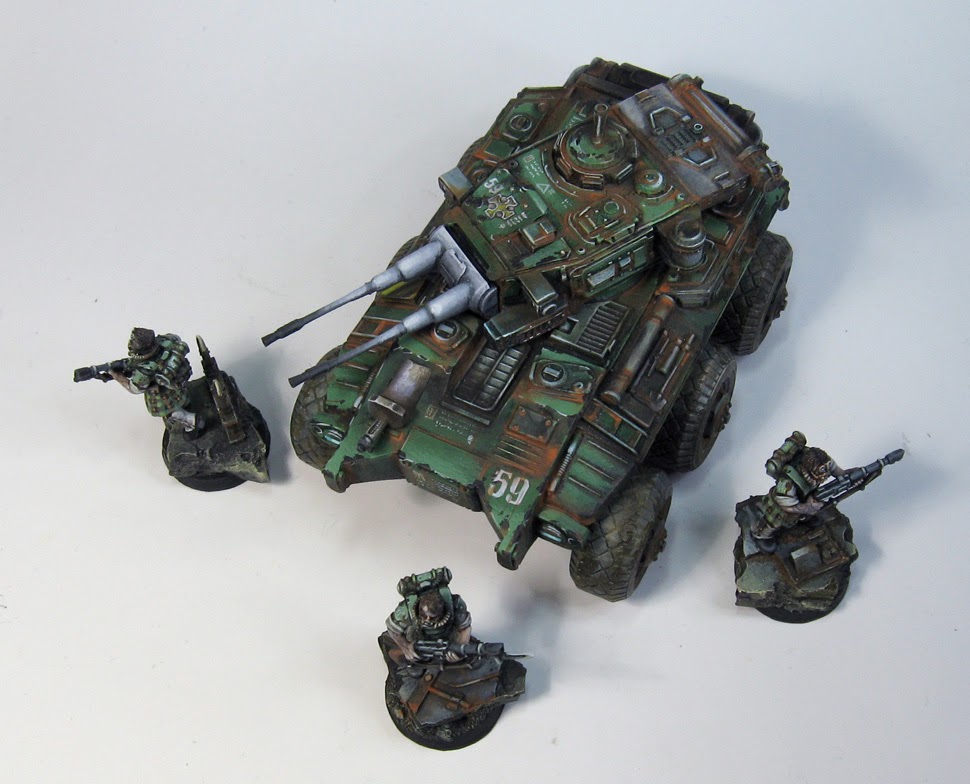 I have heard a rumor or two that Victoria's Miniatures and Secret Weapon are teaming up at Adepticon... :-) 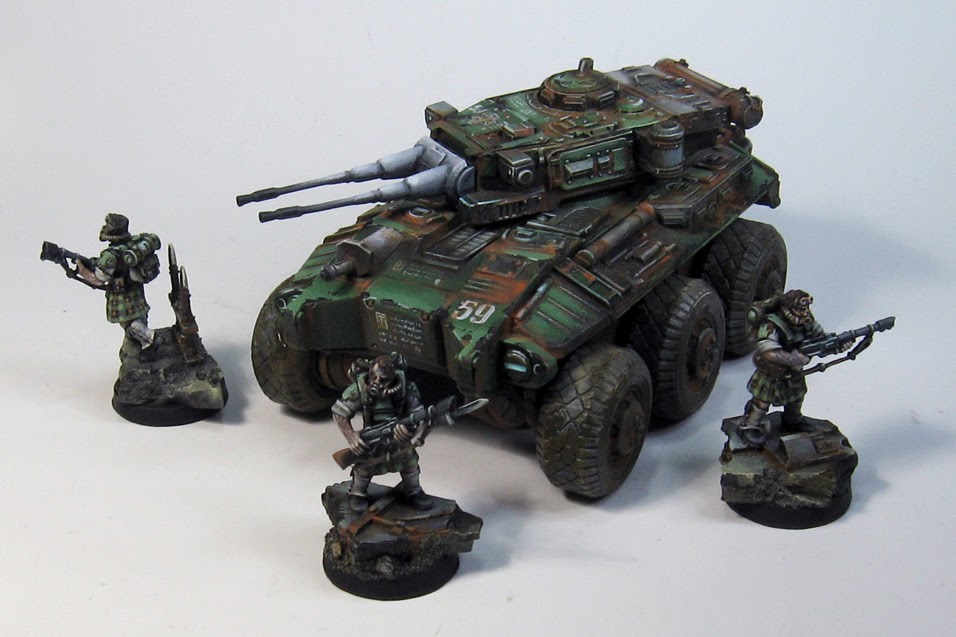 I really do enjoy the shape of the turrets.  I have some special Highland Guard figs that will be sitting on one of the Chimera versions of the RAV 6 x 6.  You can even put the new resin 55 gallon drums on the sides of the RAV for extra effect. 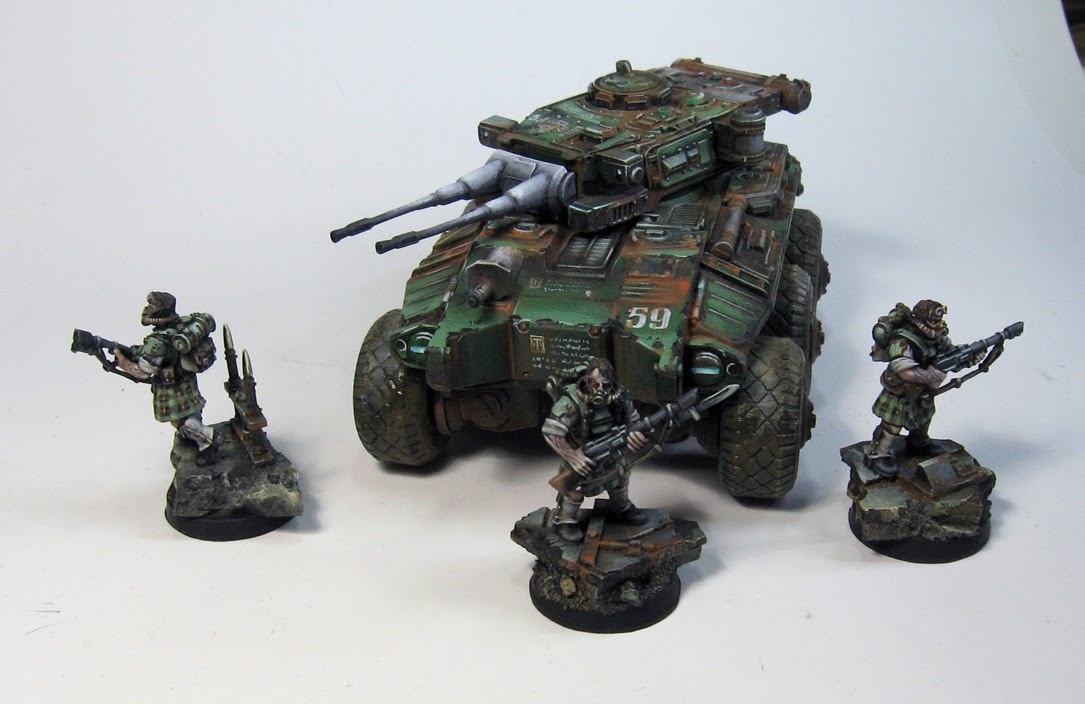 The kit is so easy to assemble, it creates more opportunities to 'add on'. 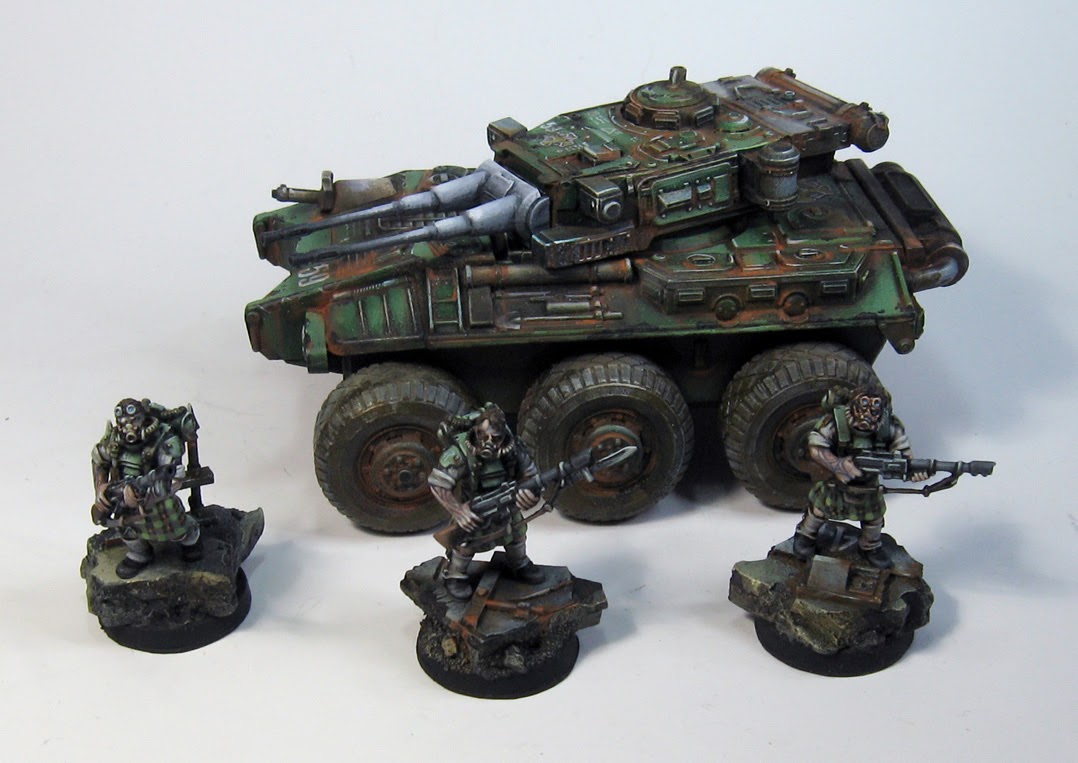 Let's see how many pesky planes this guy can shoot down! 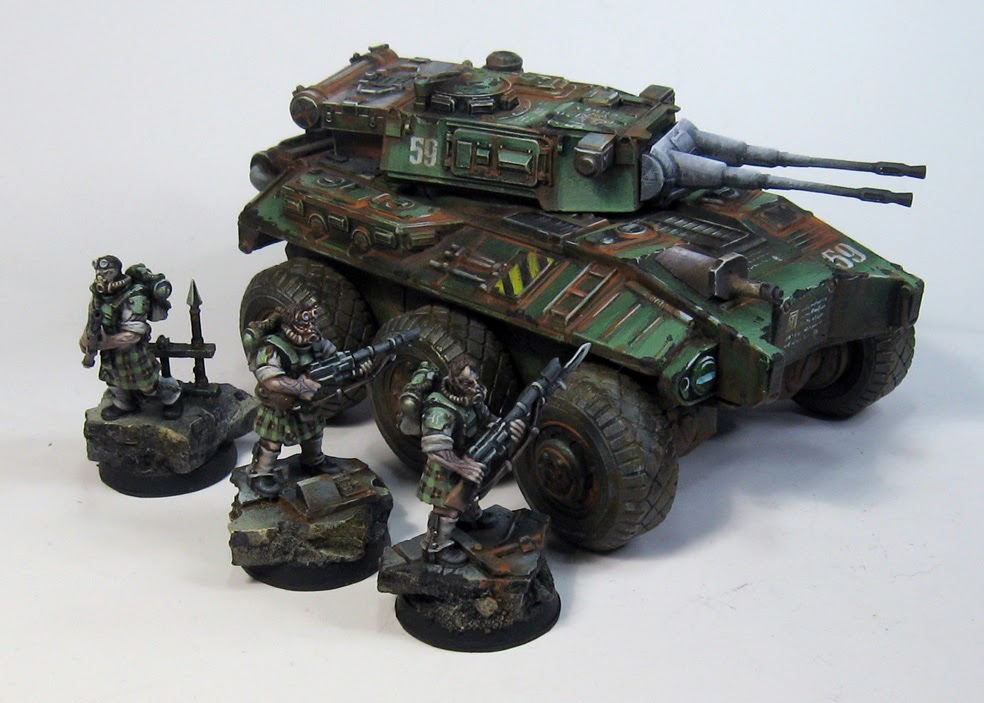 The two Chimeras under way... 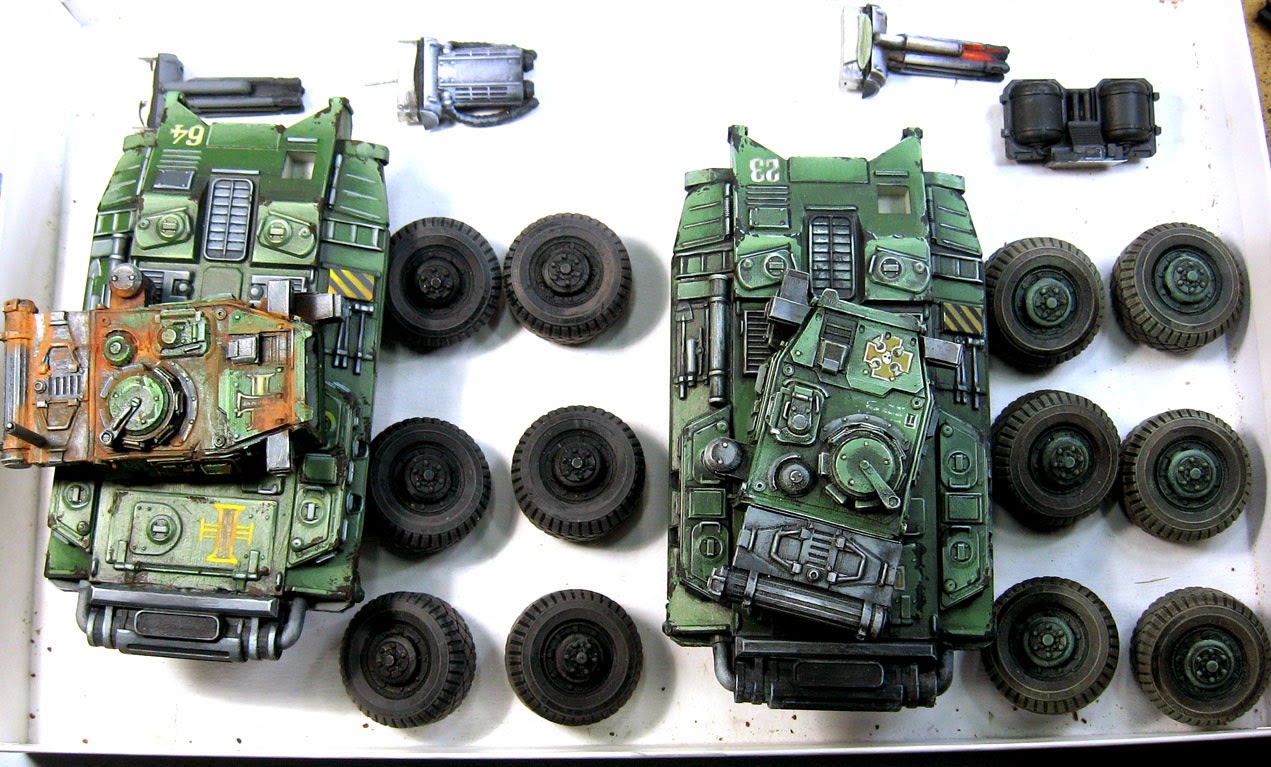 I also have the Exorcist finished, so pics of that soon as well! 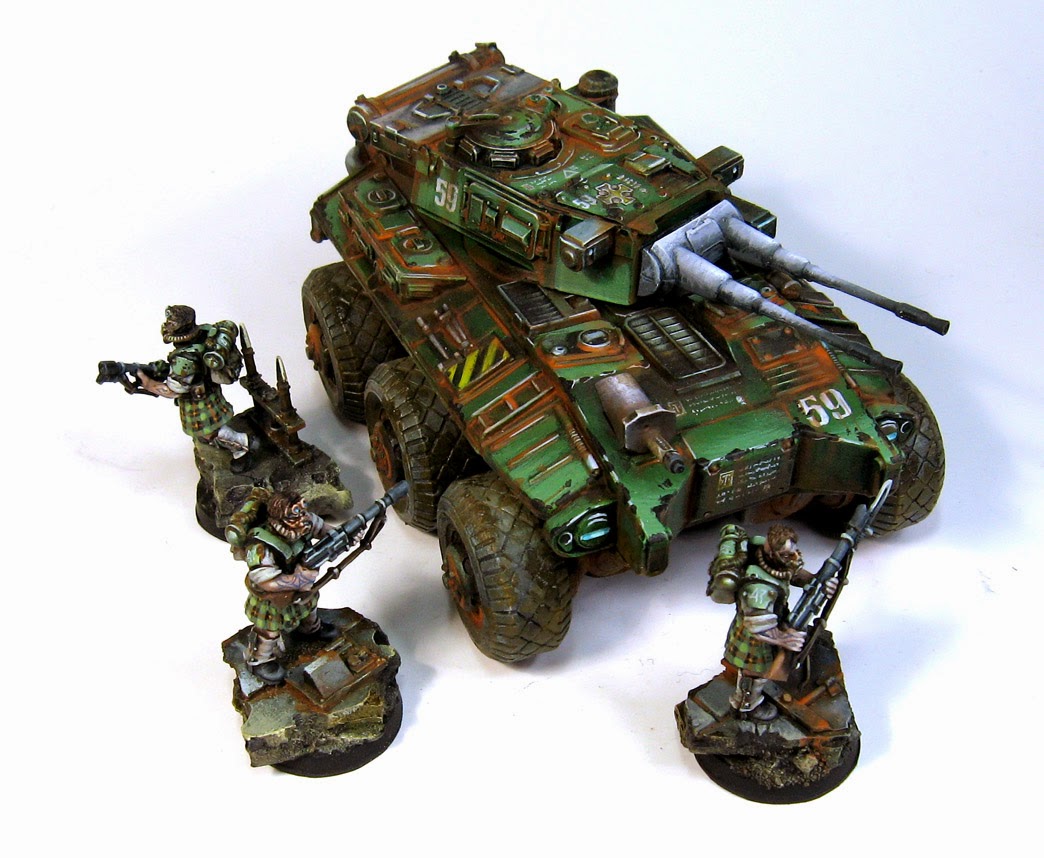 Posted by wappellious at 1:36 AM No comments: