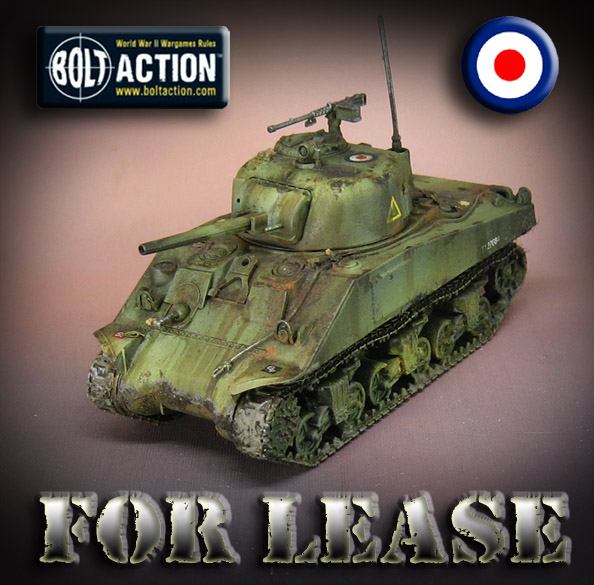 This was a tricky sort of vehicle for me.  It was the first "American" vehicle that I have painted, but it was not a U.S. unit.  Rather, it is part of my buddie's British army.

That meant spending a lot of time researching the markings and insignia for British Shermans. I learned a great deal about the principles behind British markings.

The turret marking would designate it as a regular or command tank, and the number inside the shape is the number of the tank in that unit.

There were 4 basic shapes, and 4 different colors.  The numerical markings along the hull were devoid of the normal (USA) designation in caps.

The markings on the left and right of the hull would define the type of unit the vehicle was a part of.

I put the British roundel on the top of the turret, to let any passing Thunderbolt know not to strafe it or drop rockets on them!

As far as the painting goes, I was able to do a lot of fun subtle color changes with all of the greens. Some are warmer, or cooler, while others are more faded.  These limited palette exercises can be very instructional!

I know that some folks would get "bored" with an endless sea of green, but making that more interesting to look at is a lot of fun, and a great challenge.  It was also necessary to 'plan ahead', and make sure that I left myself plenty of room for the special weathering effects that were added later on.

This means keeping the colors lighter where I want to have strategically placed chipping and streaking.  The same goes for mud and dust effects, as well as the leaves, etc.