Using the painted Tomb Kings for the first time. 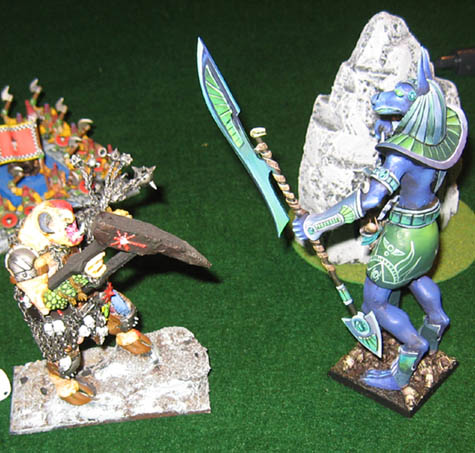 Hey folks, it's still Anniversary day, so we go to a different part of the archives.  This little skirmish took place earlier this month.  It was the weekend we got the video camera!

I had never gotten the chance to play a game with all the painted minis... complete with movement trays.

It was 1600 points, which is the smallest game of WFB I have ever played.  It was against John's Chaos Dwarf army.  I was not expecting a whole lot of success, that's for sure.

The scenario was deployment Yahtzee. Almost all of John's stuff ended up on his right, while a good chunk of mine ended up on my right.  My Necro Knights were isolated on the left side, and I figured they would either see no action at all (trapped behind the river) or be overwhelmed. 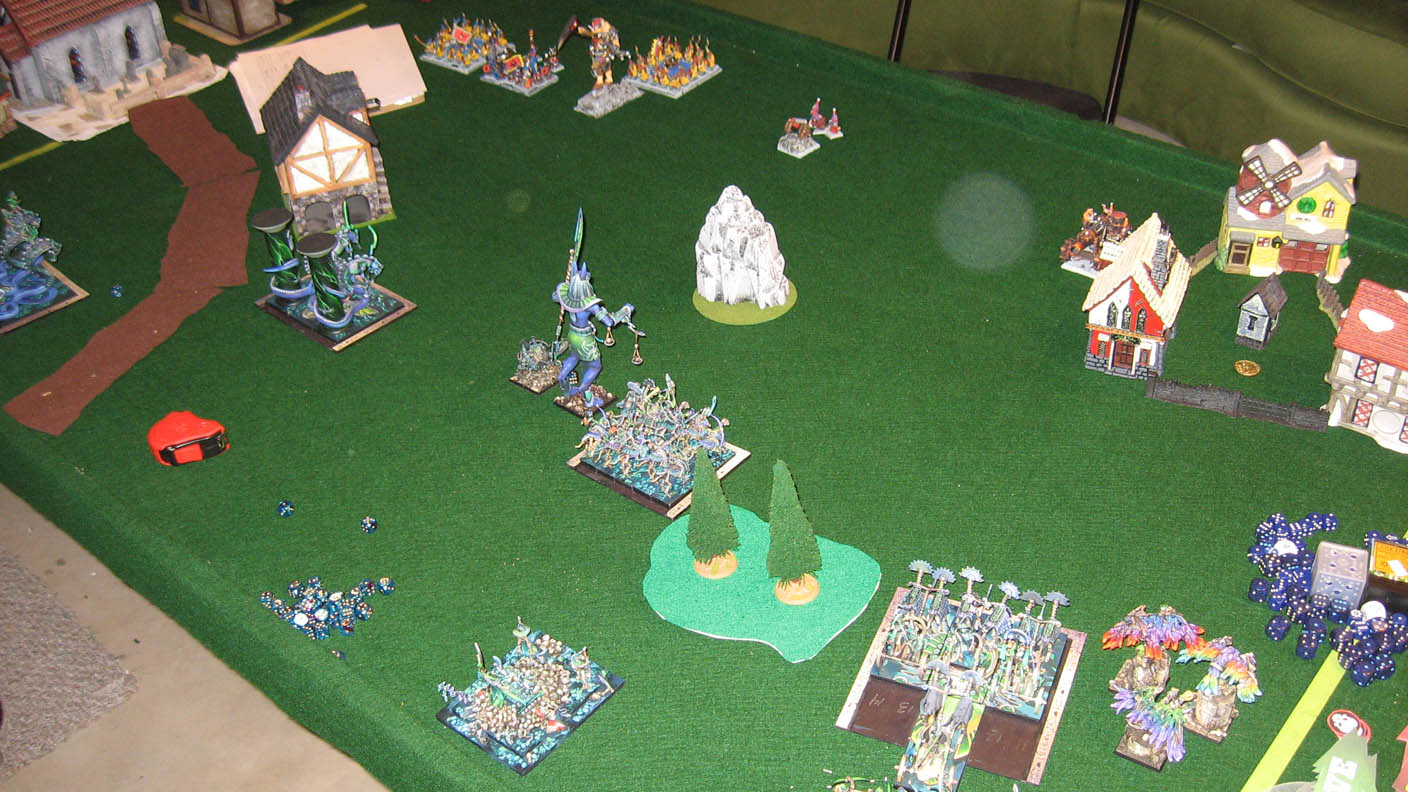 This really shows the imbalance here in this image.  I chose not to do the Entombed thing with the Stalkers. 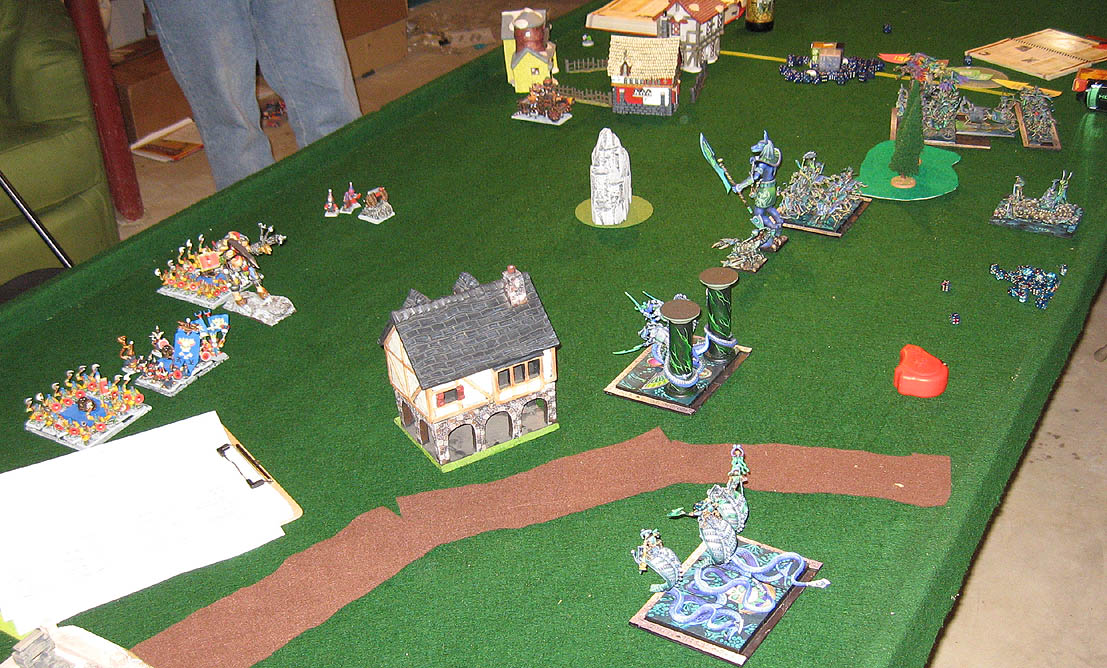 John started first, moving the dwarfs and hobgoblins as fast as he could, along with the giant.  He killed some stuff with the magma cannon. 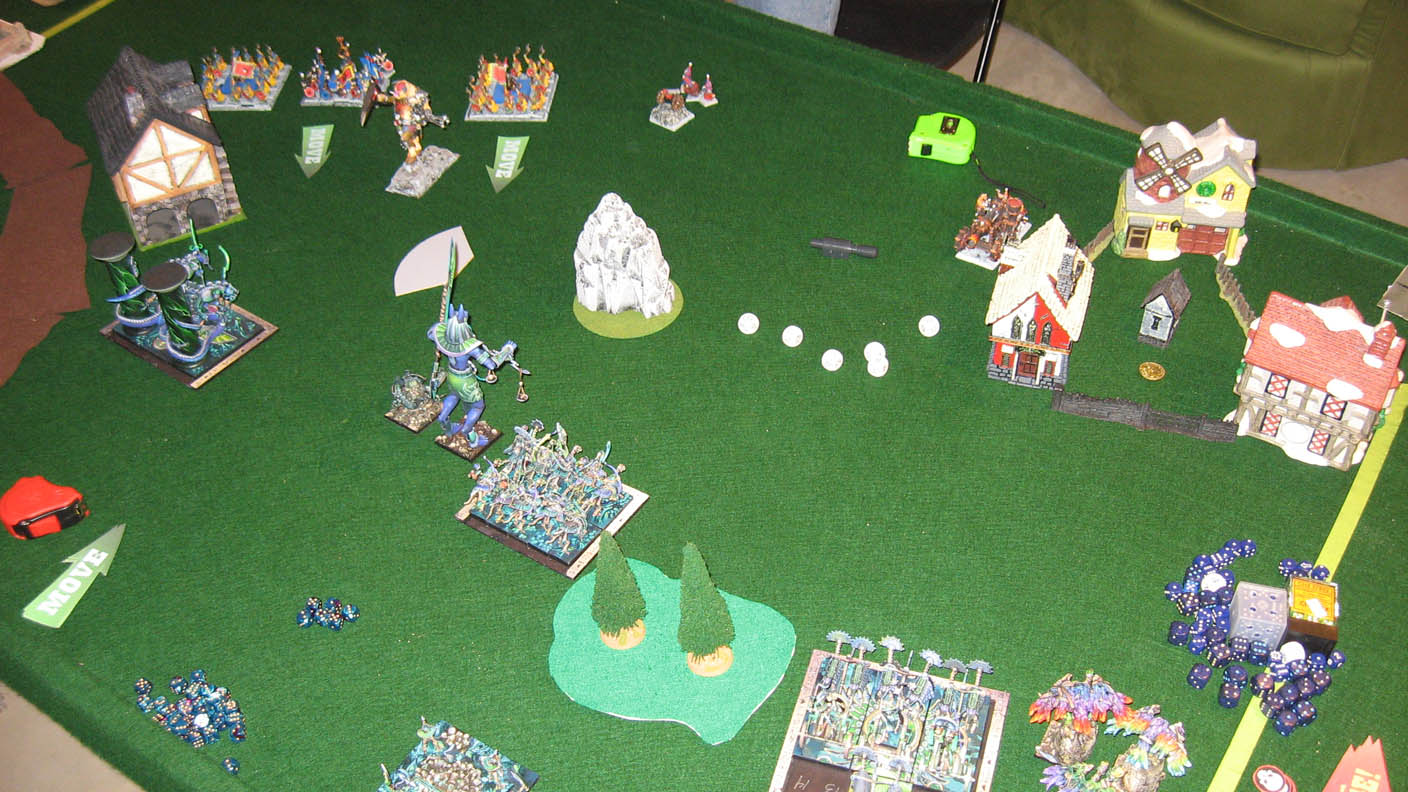 I tried to move as quickly as I could, although not being able to march made me not much faster than the little guys!  The casket did absolutely nothing, which would be the story on every turn.  I tried to put some wounds on the giant with the Stalkers, but ended up killing one of my own. 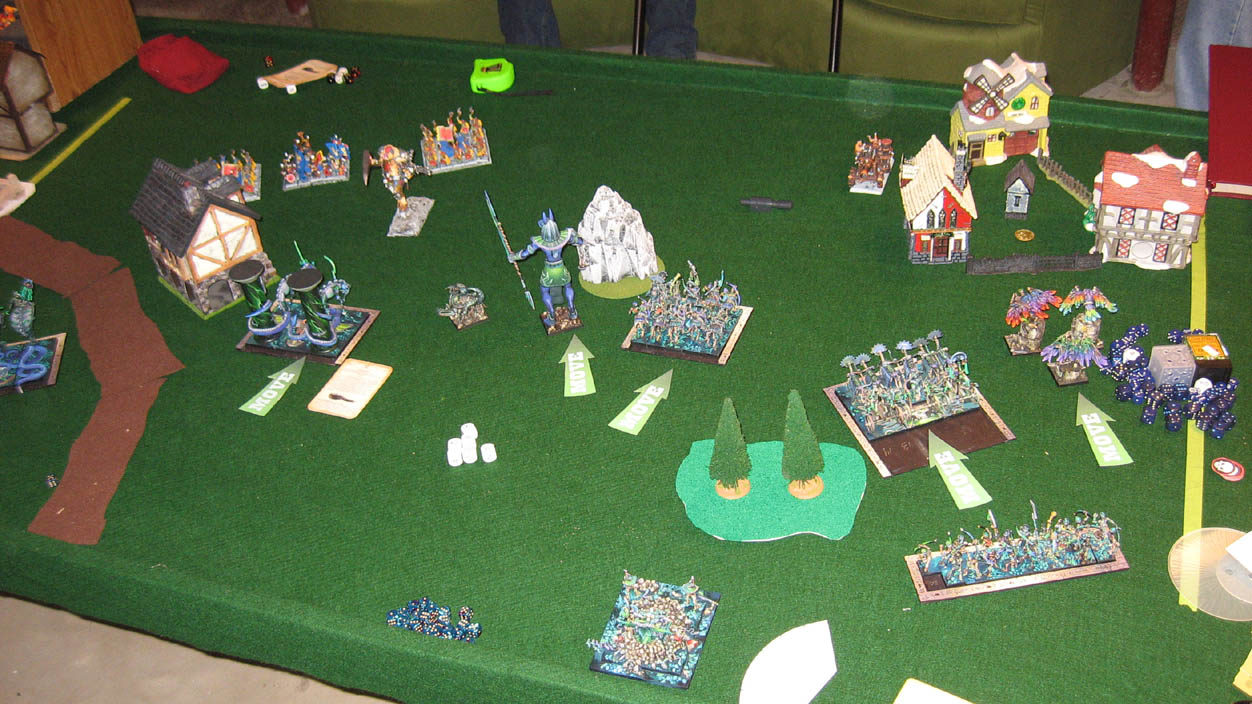 I moved out the spider, hoping to hold up the giant or some other unit to disorganize the dwarfs.

This never worked, as the dwarfs never failed a leadership test.  It was a re-rollable 10, so it was highly unlikely that fear, terror, or casket would help at all. I think the spider managed to hold the giant in place, giving me great hope!  That hope was immediately dashed by only 1 wound on the giant between the casket and snakes... 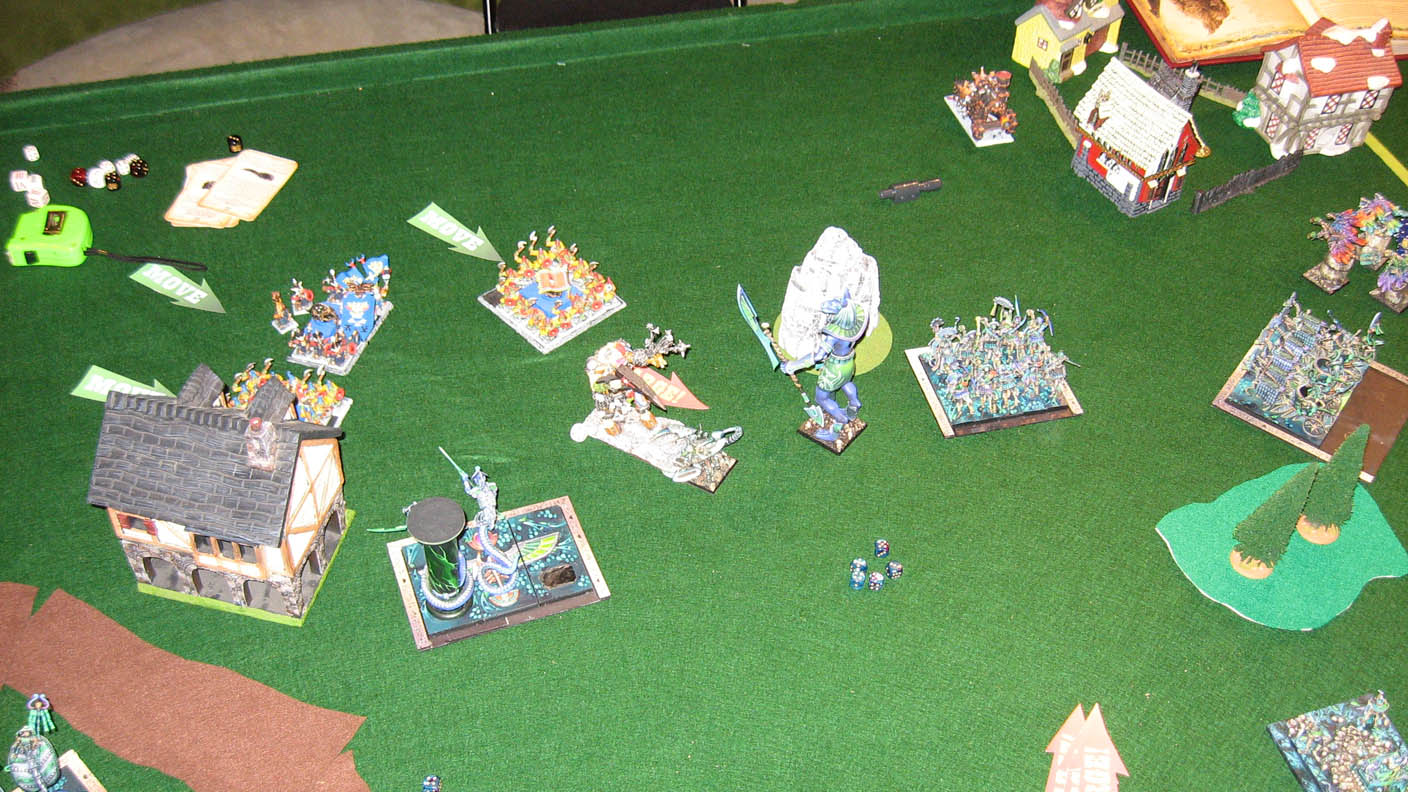 This looks ominous, but the two Big Guys would pass like ships on the Nile.  My Heirotitan went after the Hobgoblin unit.  He really did perform very nicely, and even survived a few rounds of combat! 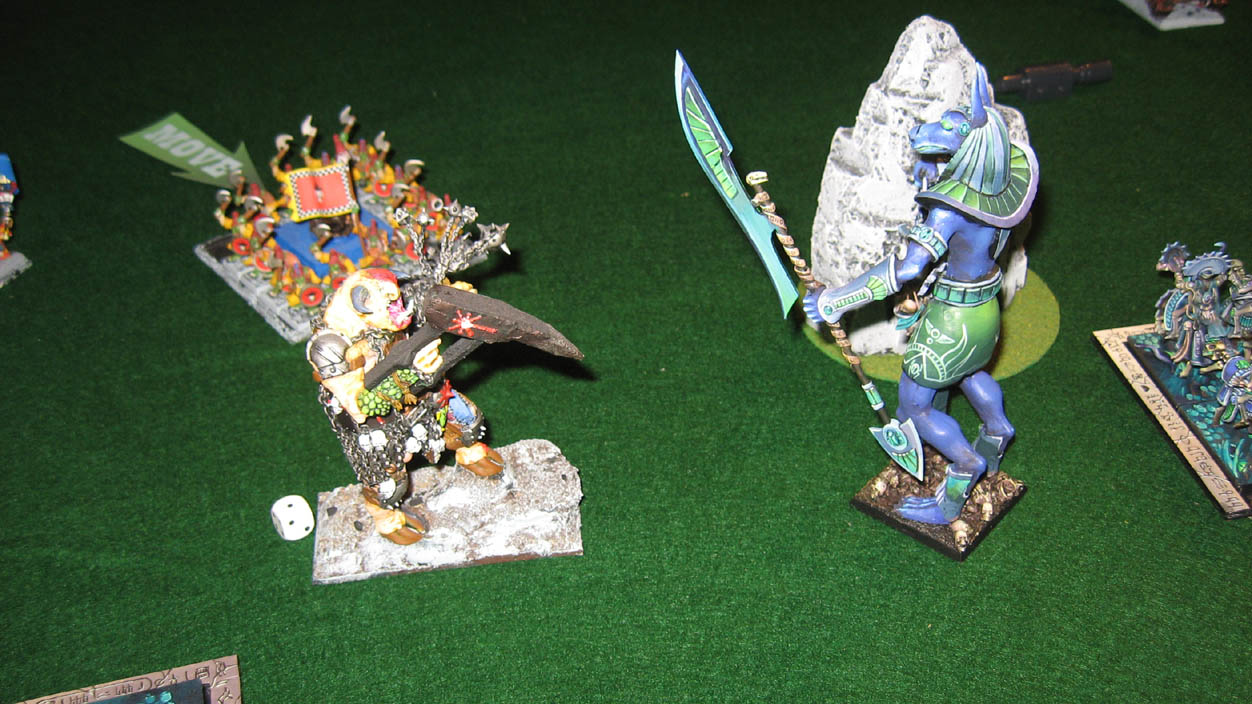 Here you see him fighting the hobbos... 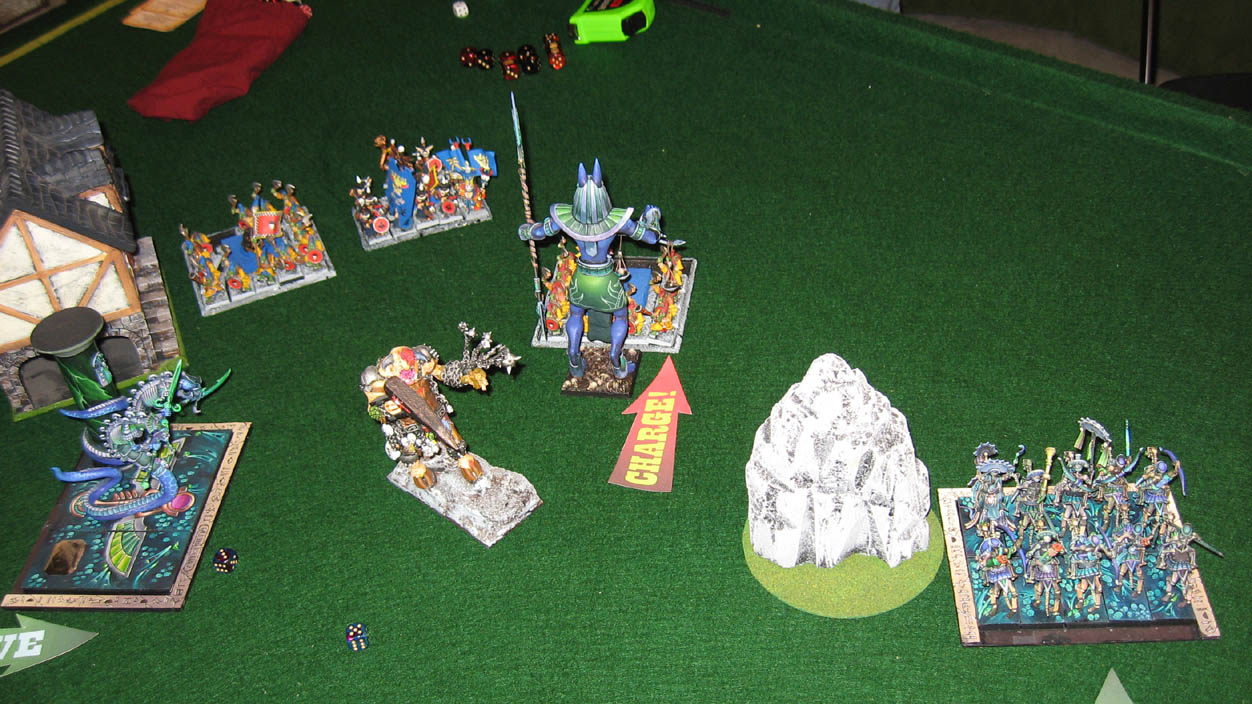 The Deathshrieker launcher had blown itself up the previous turn, which allowed the Chariots to charge the Magma cannon.  I almost thought defeat would not be guaranteed... 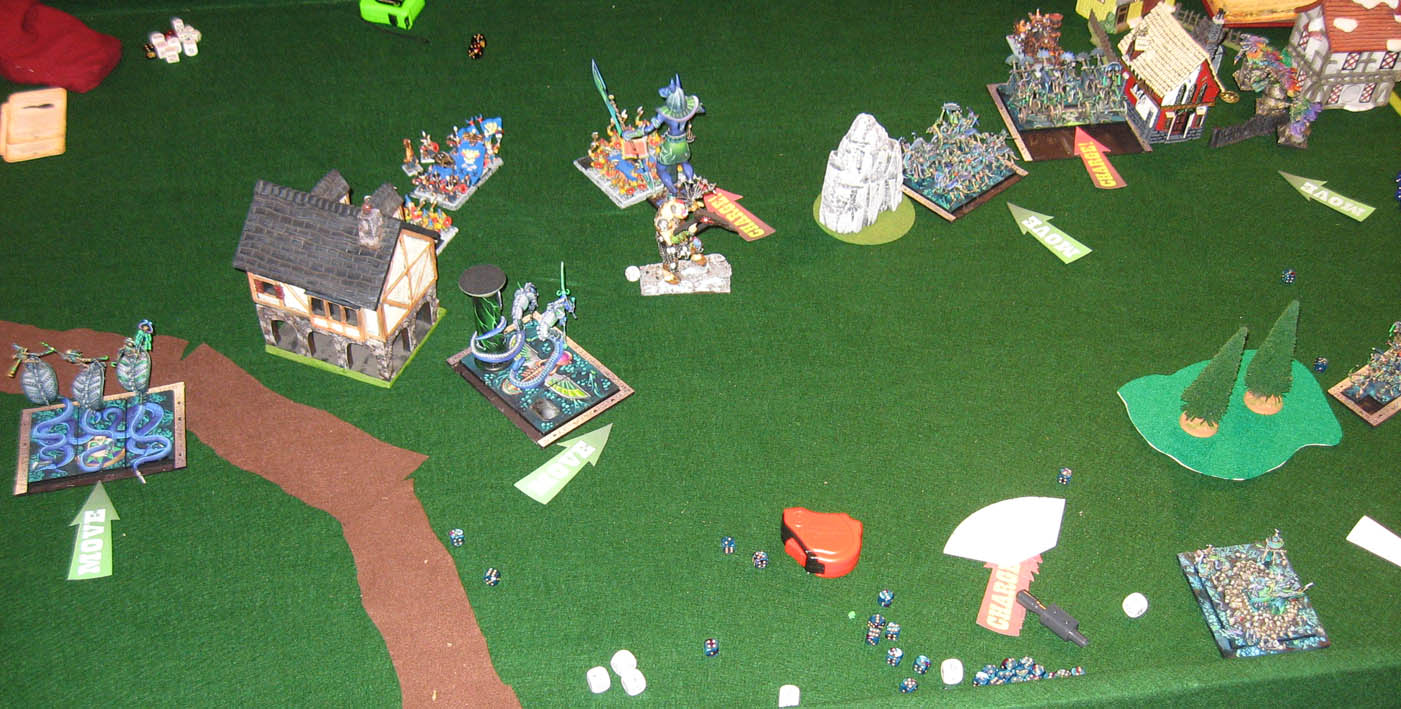 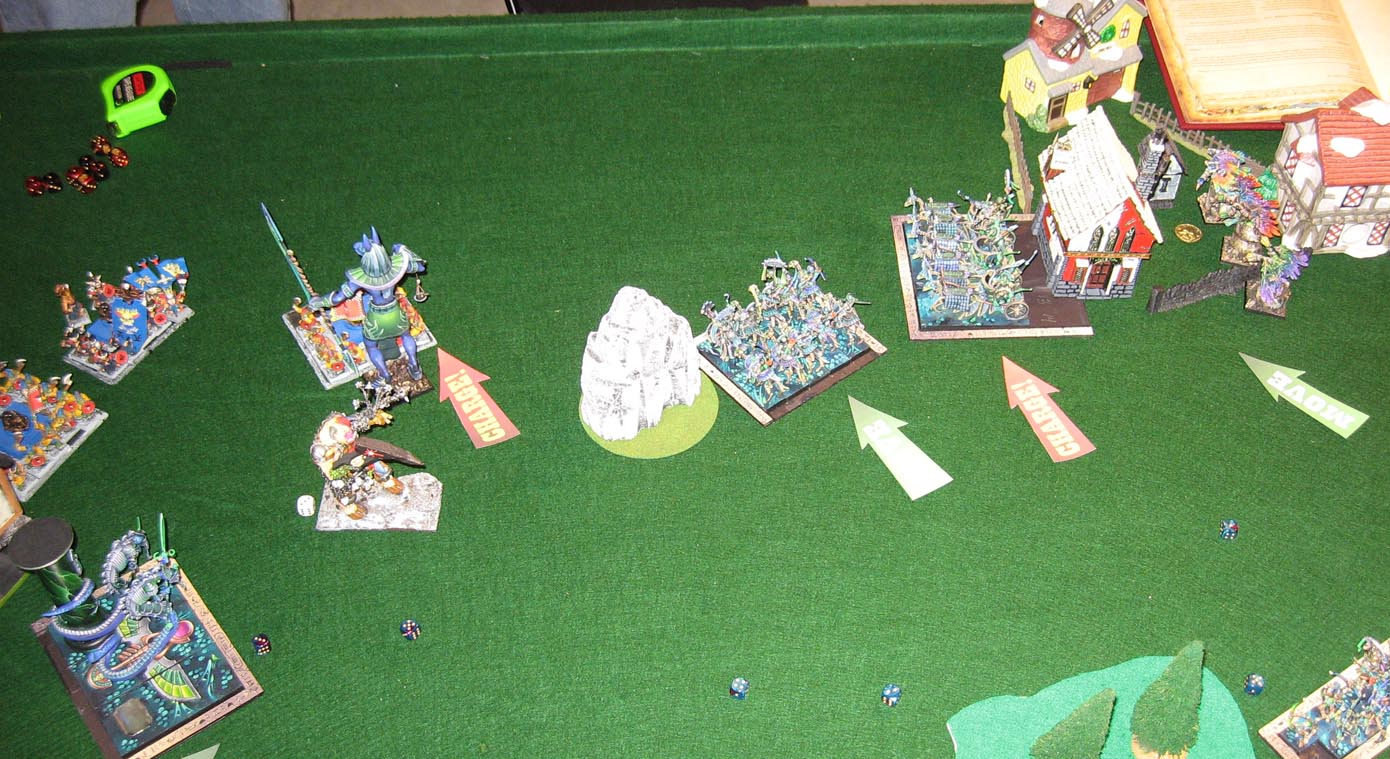 This is where Hope ended, and Dismay took hold.  The Stalkers and Casket did not kill off the giant, which then made a long distance charge right into the Heirophant. 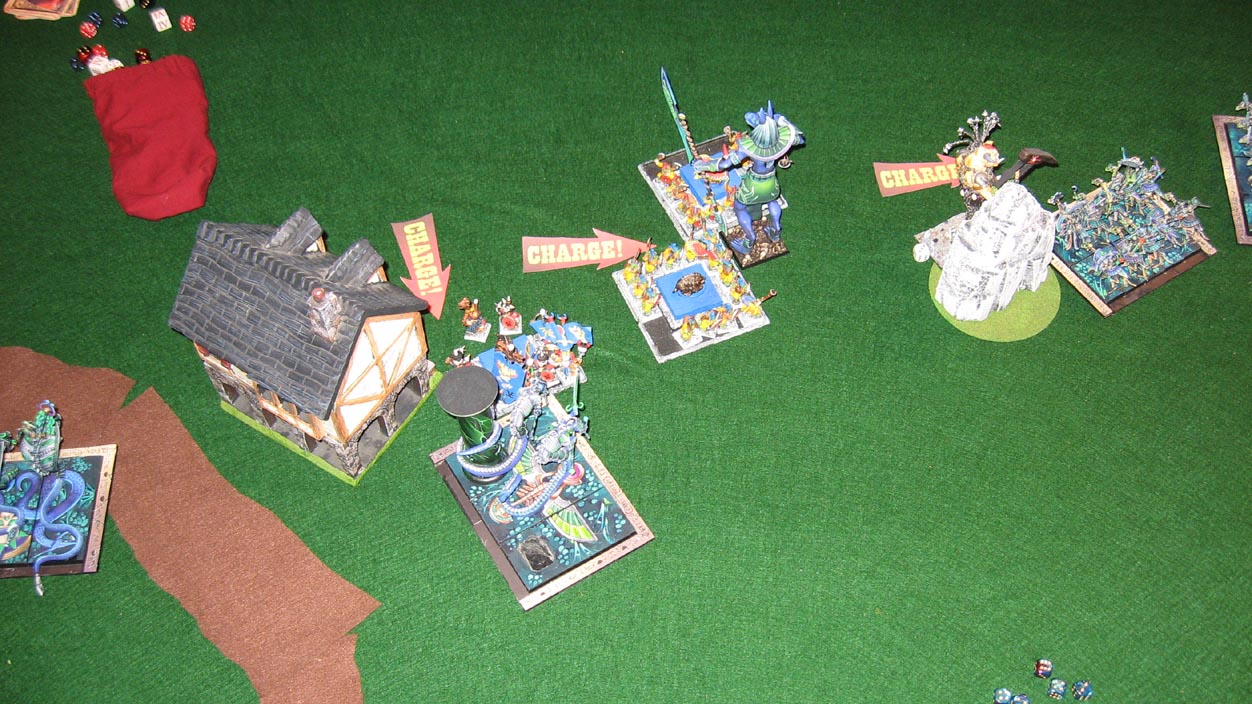 End result, dead Heirophant.  The Stalkers were wiped out as well.  Things began to lose wounds due to no Heirophant. 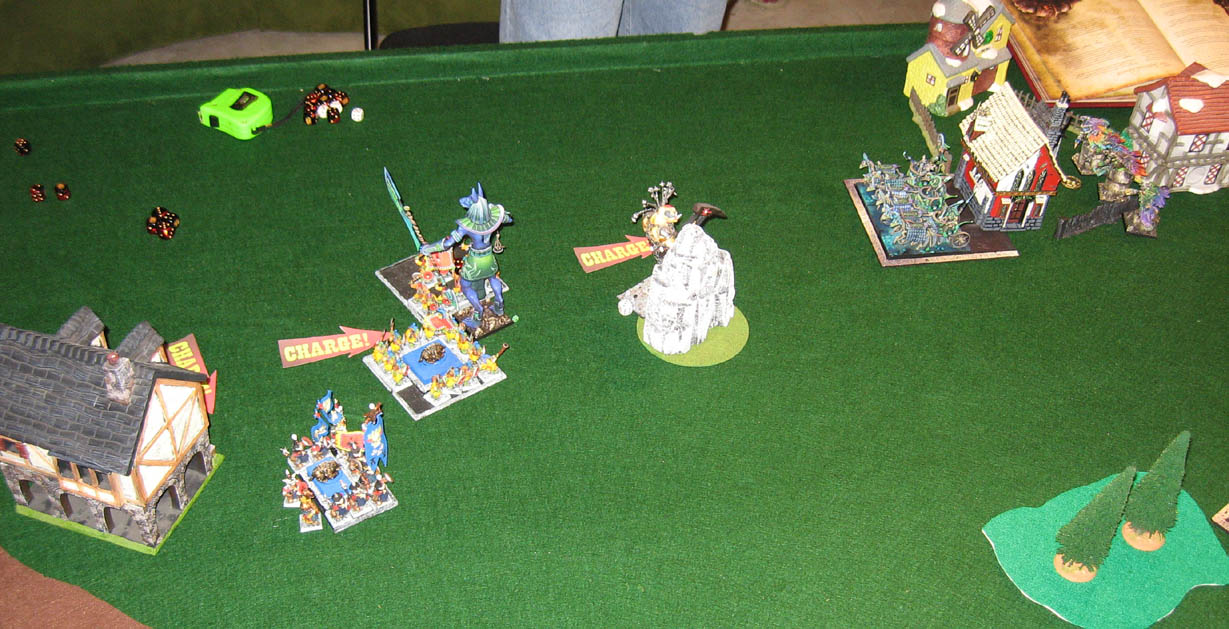 The Final Act was a failed charge by the chariots on the giant, that only had one wound left.  It subsequently wiped out the chariots, which meant it was time to go get some food and watch Army/Navy.

Again, there was nothing unexpected here.  John had written 3 different Chaos Dwarf lists.  He rolled a d3 to see which ones he would try for a given game.  After wiping out the Tomb Kings handily, his second list wiped out Marty's Lizardman army.

It's these kinds of experiences that make me love Lord of the Rings so much.  In all the games of LOTR that I have played, there has never been a turn 1 or 2 wipe out.  In fact, even when one side had gotten the upper hand in a major way, the other side still kept it a game... even pulling out a draw and a win here and there! 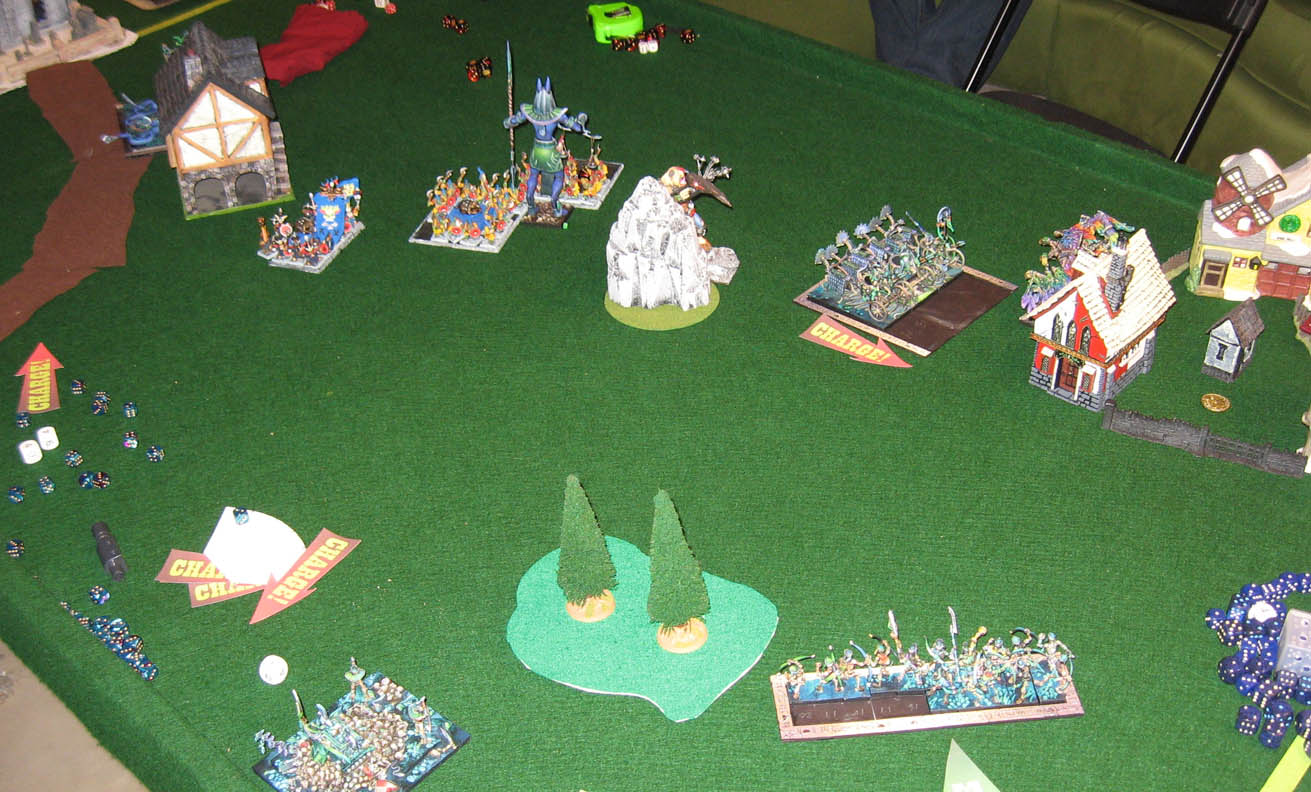 We have a picture from this morning of our anniversary, showing our Uglies playing with some of Cathy's monster pets!  Also, a game that we will try out tomorrow. 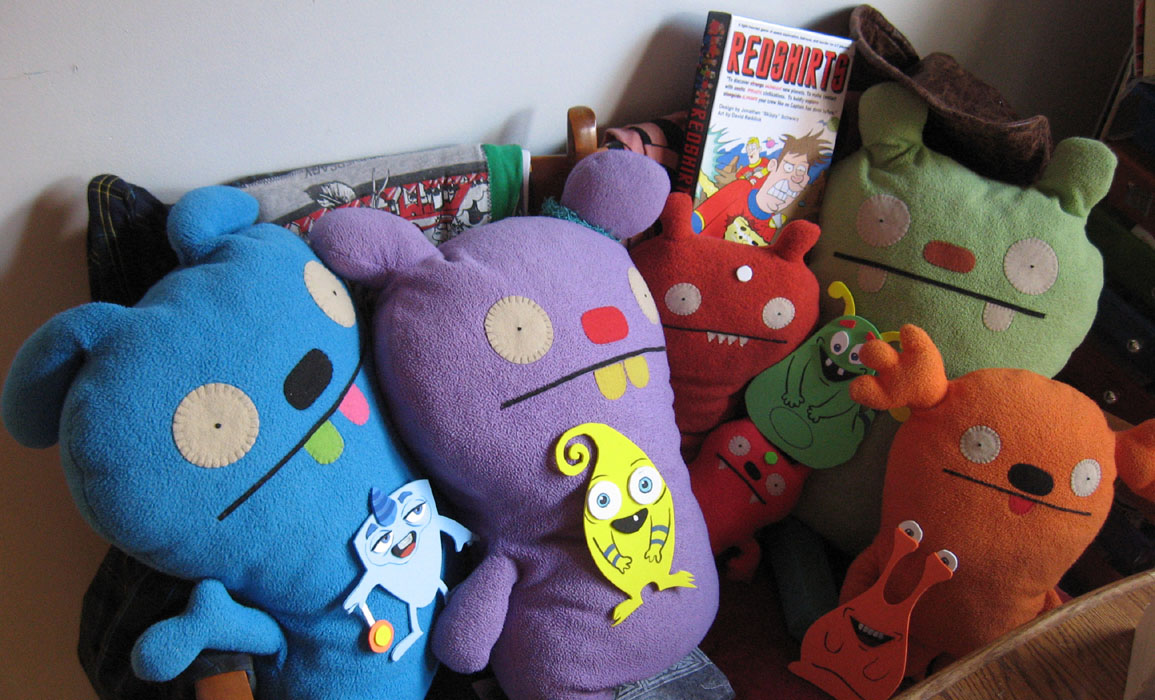 Posted by wappellious at 8:19 PM No comments:

Aren't they a cute pair? 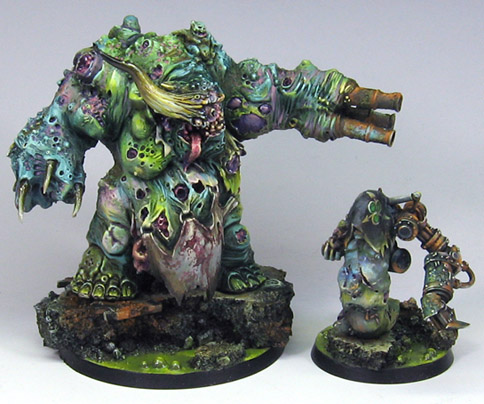 So, my legions of evil minions have not arrived, which means that the End of the World has been postponed.  Again.  DRAT!  Darn those pesky logistics. 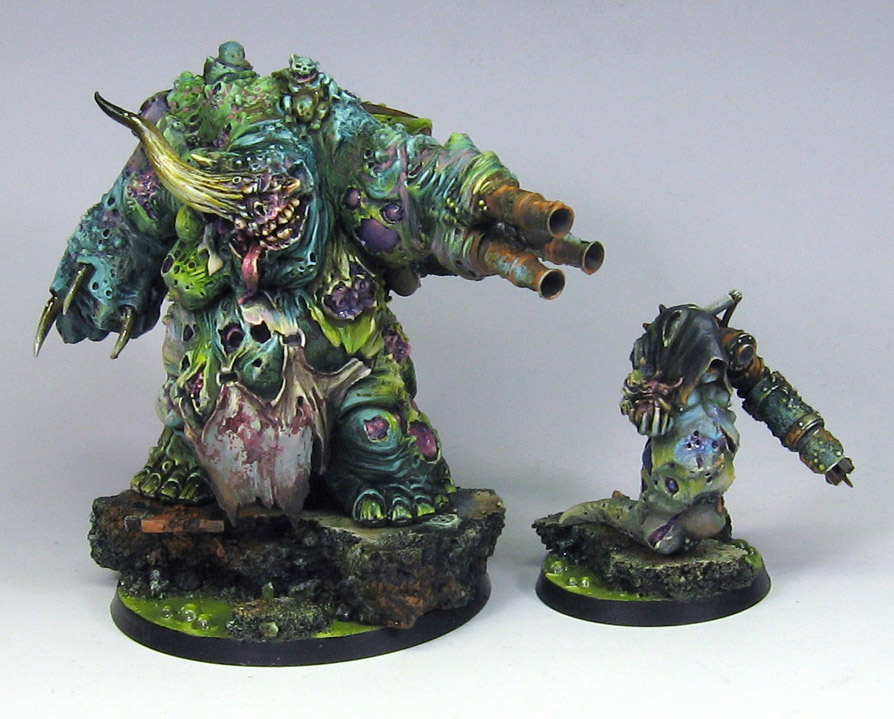 Here are the last of the Prince & Harry images.  I promise!  Today is our anniversary, so it will limit my posting for today.  I hope you enjoy these. :-) 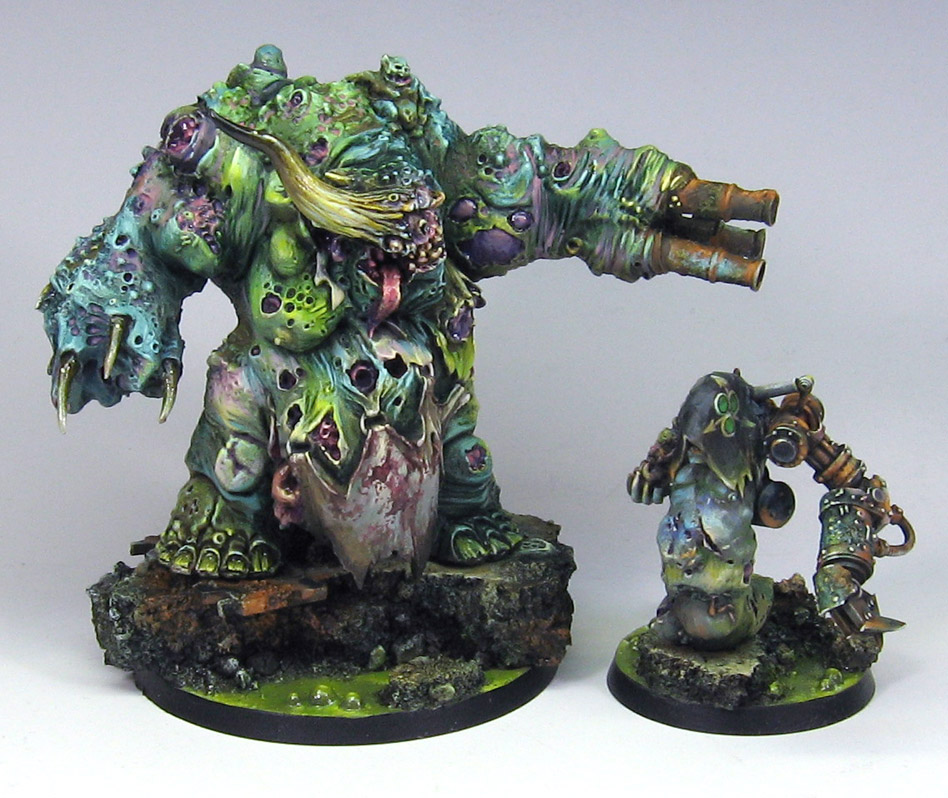 In other news, we placed the order for the editing software and microphone.  Cathy is talking with her brother the tech guru right now about what kind of RAM we should be getting (thanks Mike!).  One of the topics of discussion concerns how much would be overkill, or yield diminishing returns.  The requirement is 2 gig, but these are going to be really huge files at 100 minutes, so more could be needed. 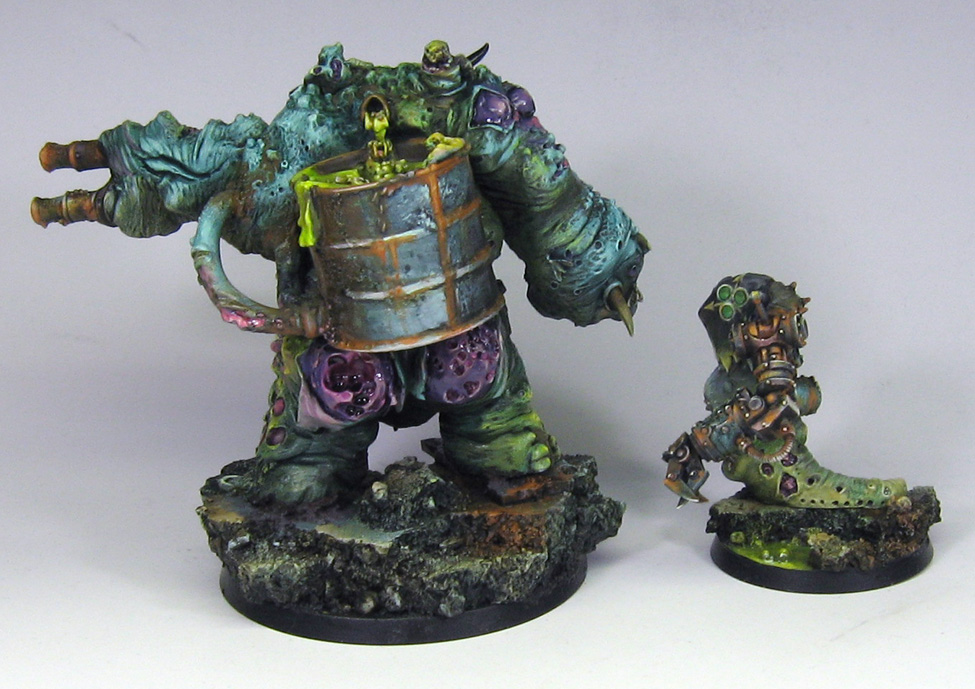 Once the software arrives, we will be doing to early short tests of 1/2 minutes or so just to post to the blog, and people can let us know how they played, if the text was readable, etc.  Since we will be doing a lot with scrolling text, finding the correct font will be really important.  All of our Beta testers will be very helpful in this area. :-) 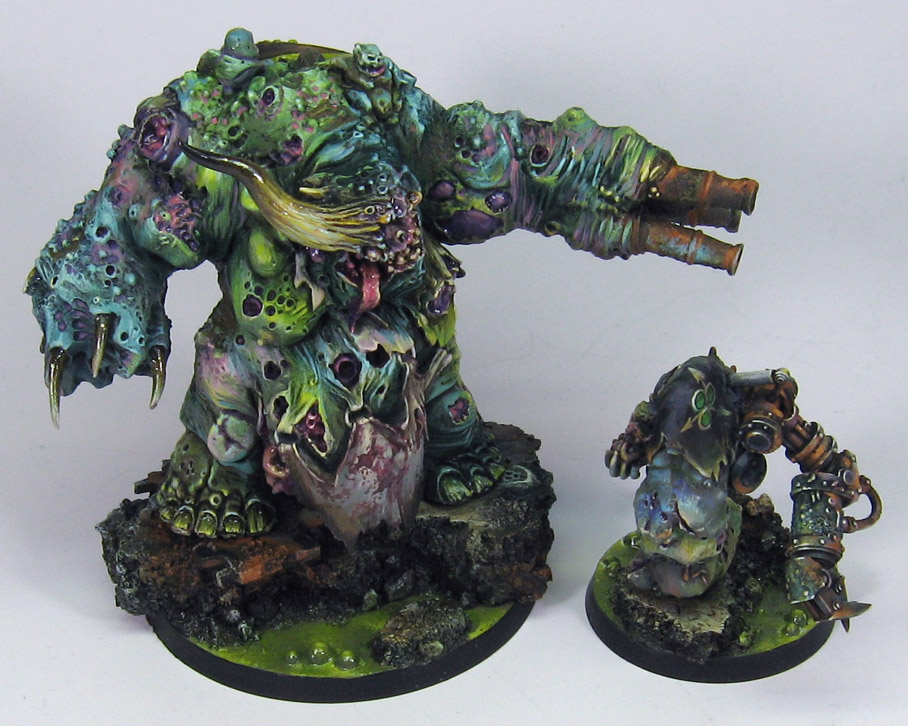 So, enjoy the Solstice!  Ironically, the shortest day of the year begins with the most sunshine we have had in 2 weeks.  Go figure!  Jimmy loves Cathy... Happy 11th Anniversary!!!!

Something Dark and scary... 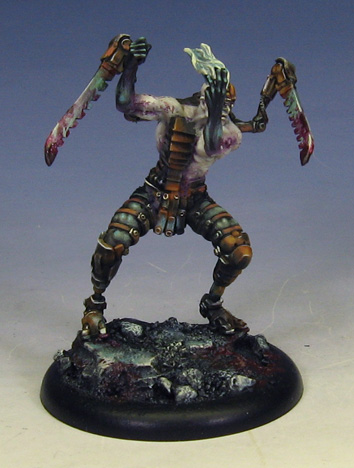 Well, the spaceship is still primed and ready to leave in case anything 'unusual' happens, such as comets, nuclear warheads, or something like that...

This figure is from Dark Age Games, the Skarrd faction.

This character is Father Johan.

I had some fun using my new Vallejo transparent red and some 'hardcoat for the gore! 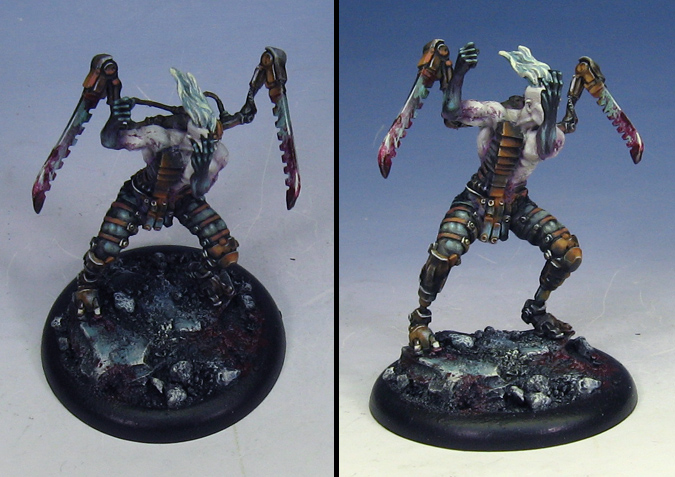