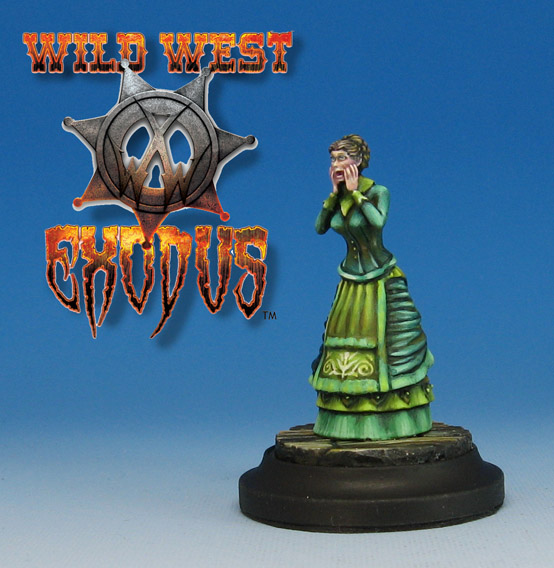 As many of you already know, one of my favorite elements about Wild West Exodus is the impact that civilians can have.

They roam (or run) about the streets of the town, in random directions and distances.  Sometimes they can move directly into your path, and get in the way!

I have even watched them walk right into my well placed mines and blow them up, creating a huge hole in the ground, and my defenses!

Even more dramatic is using one of the civilians as a human shield.  Yes, you can try to grab one of them, and hide bravely behind them!!

This is one of three civilians made by Wild West Exodus.  There's also a man running around.

I highly suggest that you give these folks a try, as they add a great deal to the gaming experience, and to the cinematic feel of a fight!

Posted by wappellious at 2:48 PM 2 comments:

Spears and shield... and more 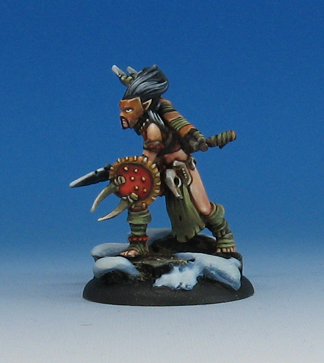 In keeping with the "use the colors already out there" manufacturing style, these Privateer Press figures fit the bill.

With all of the relatively neutral greenish grays and browns, they had many of the same colors as bases, trees and such already needed.

As I have mentioned before, this approach allows me to get a little done here and there on many different figures.  Sometimes a figure will be near complete for a long time... it's been chipped away at here and there for a while.

When I have an extended period of uninterrupted time, that's when I can power through and finish off mass amounts of figures.

With all the travelling and dragging the studio along with me over and over again, this has had to be the approach.  Not exactly what I had hoped for in this year, but there's been a lot of transition going on, and one must play the cards you are dealt.

It does keep that variety going that I speak of so often.  Nothing like combining several completely unrelated genres to keep things interesting!!!

Finally, we are getting closer to the 'official' start of the Painting Pyramid videos being offered in an actual web store.  This will be Kings Hobbies and Games.

Since I will be away from the studio even more in the months ahead, it's become more important to have someone else available to send out the USB drives containing the 100 minute long instructional videos.

Some scenes from those videos, such as the Hiding in Plain Sight.  Each video shows some very specific techniques, but general topics are covered, such as the brushes, paints, palette, and even the primer. 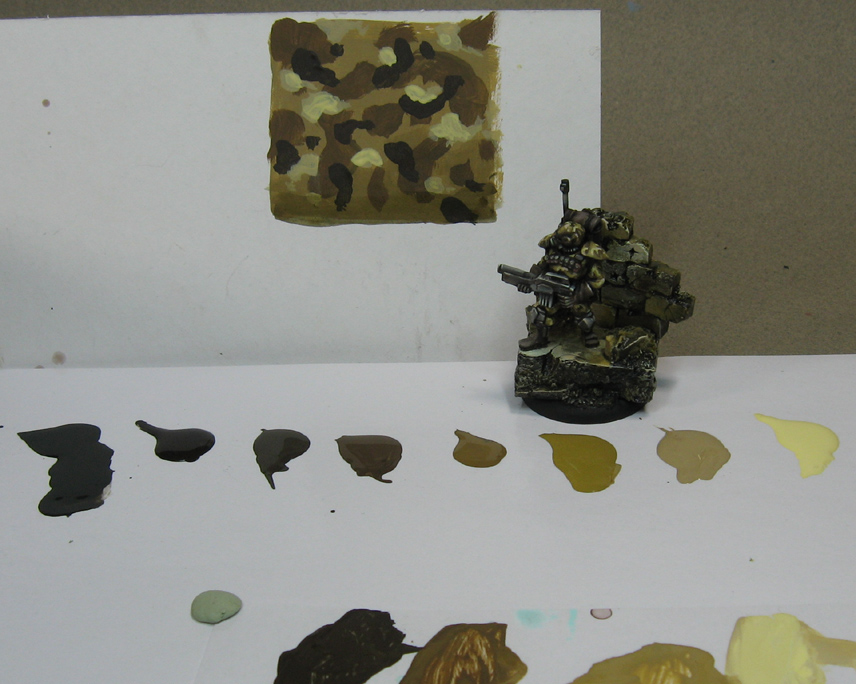 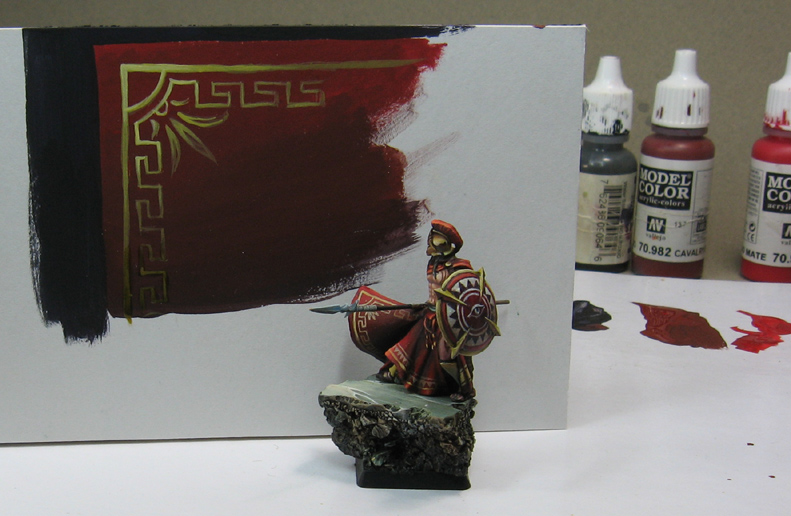 Along with one of five specific color theory videos, this one called Raging Reds. 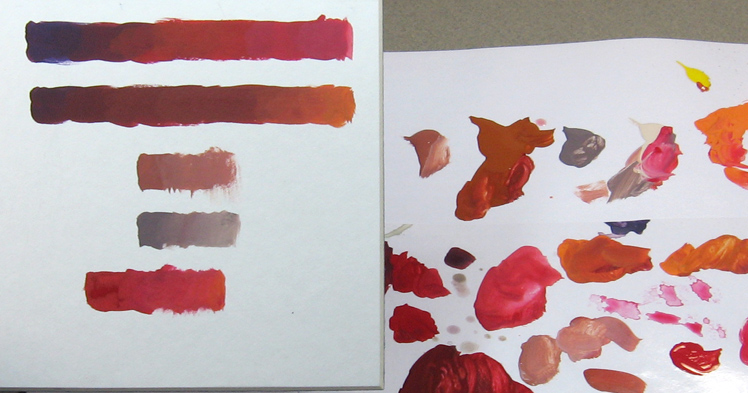 The idea behind these is to push your understanding of various color ranges, so that you don't have to rely on buying a specific color.  You have a chance to create it yourself!

More info to come on these in the coming days. 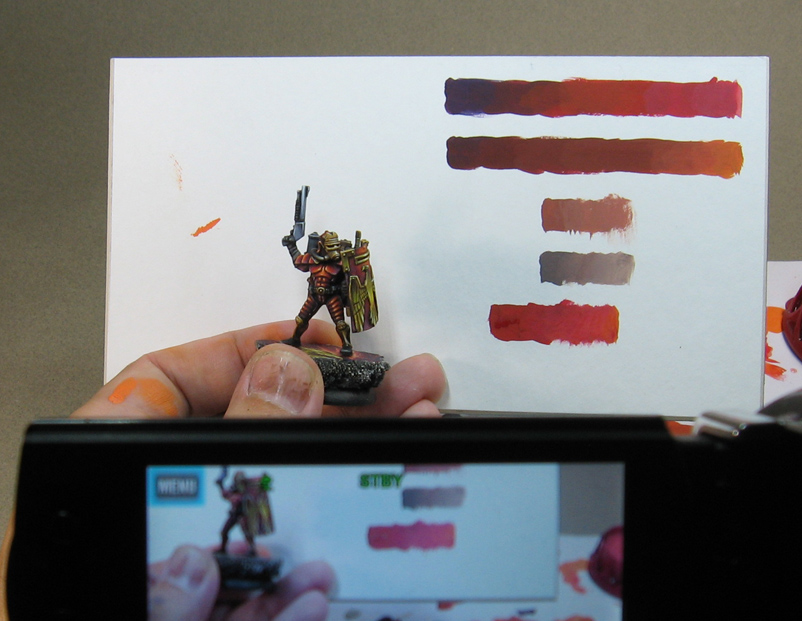 Posted by wappellious at 2:55 AM No comments: