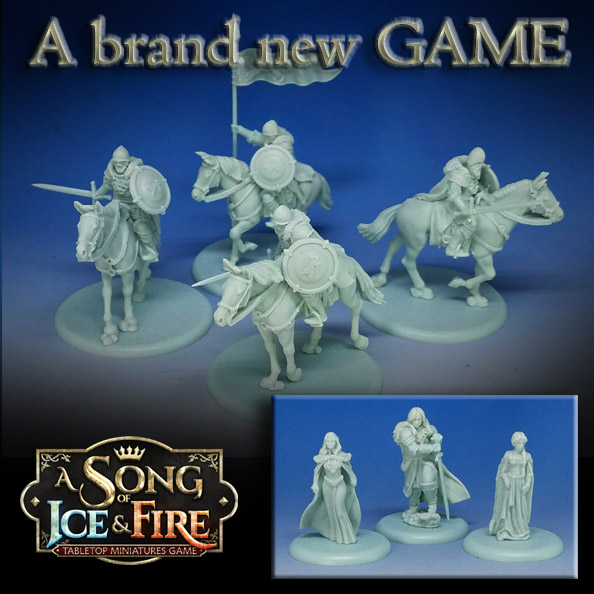 It was very exciting to see a package from Dark Sword miniatures arrive recently!  I needed to familiarize myself with it right away, since many new tutorial videos are going to be created using the figures contained within... 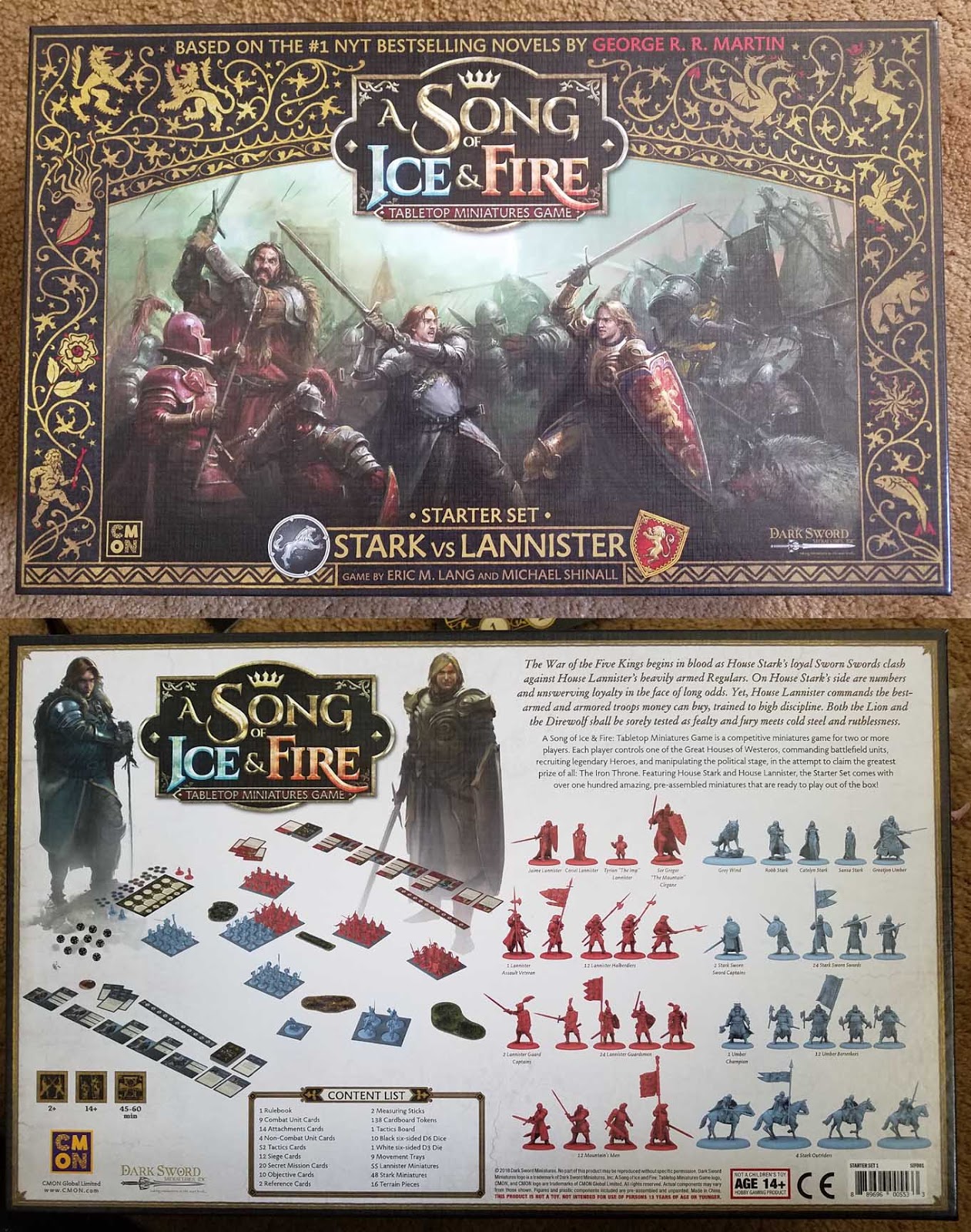 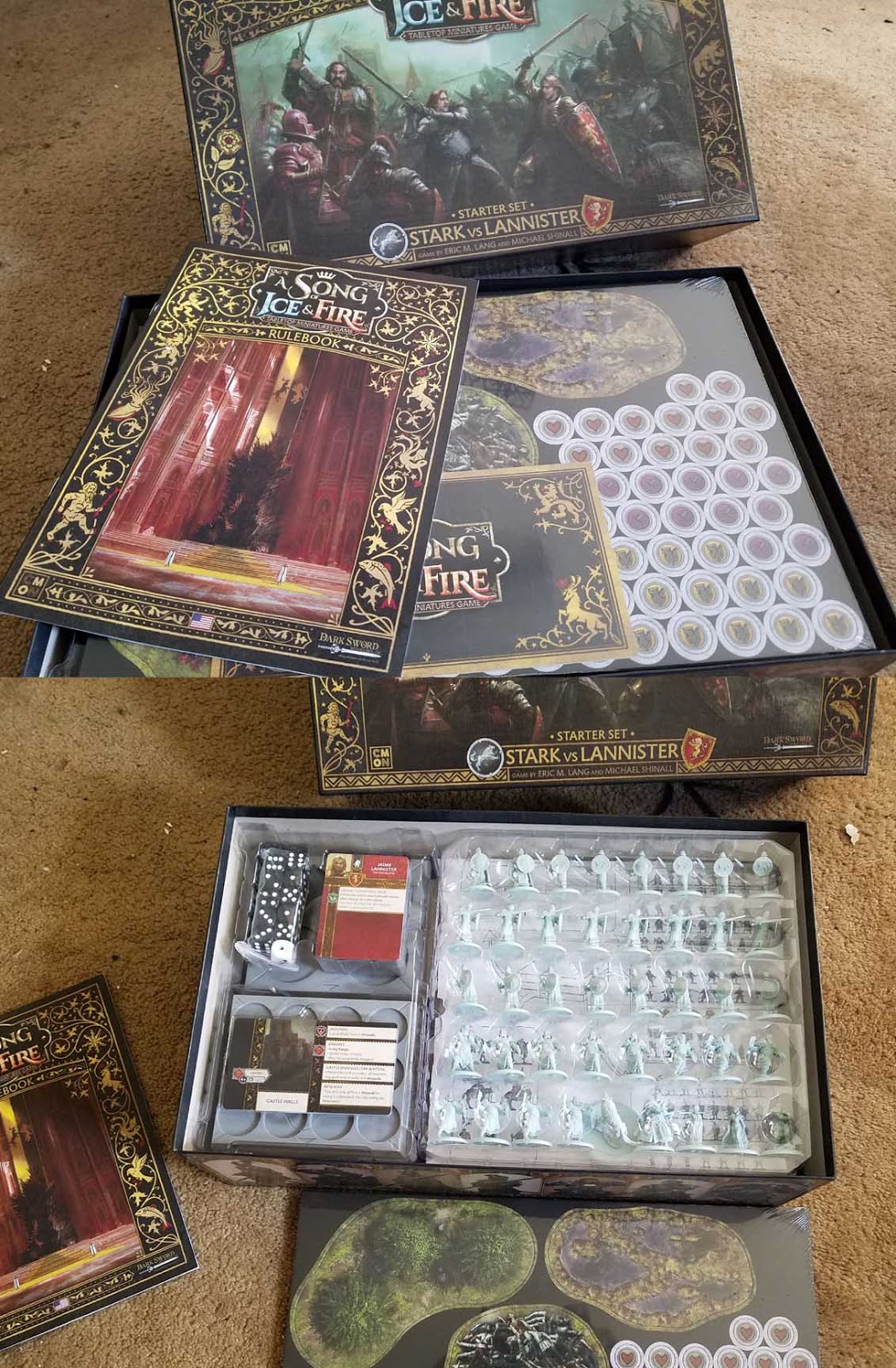 There are a number of guides for "building" your units... 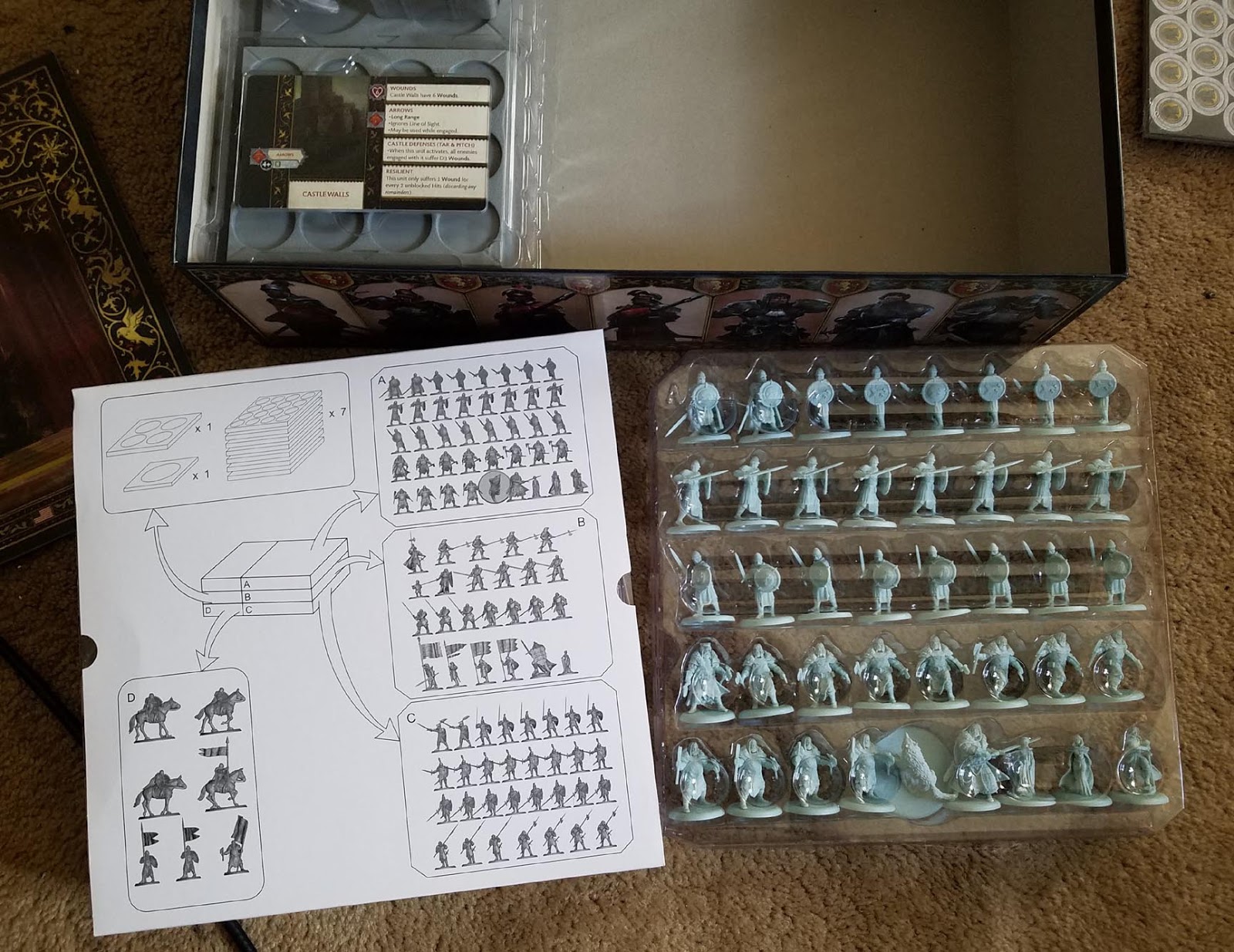 For those how don't want to get more multi cases and foam, the box is designed to hold all the figures and keep them pretty secure. 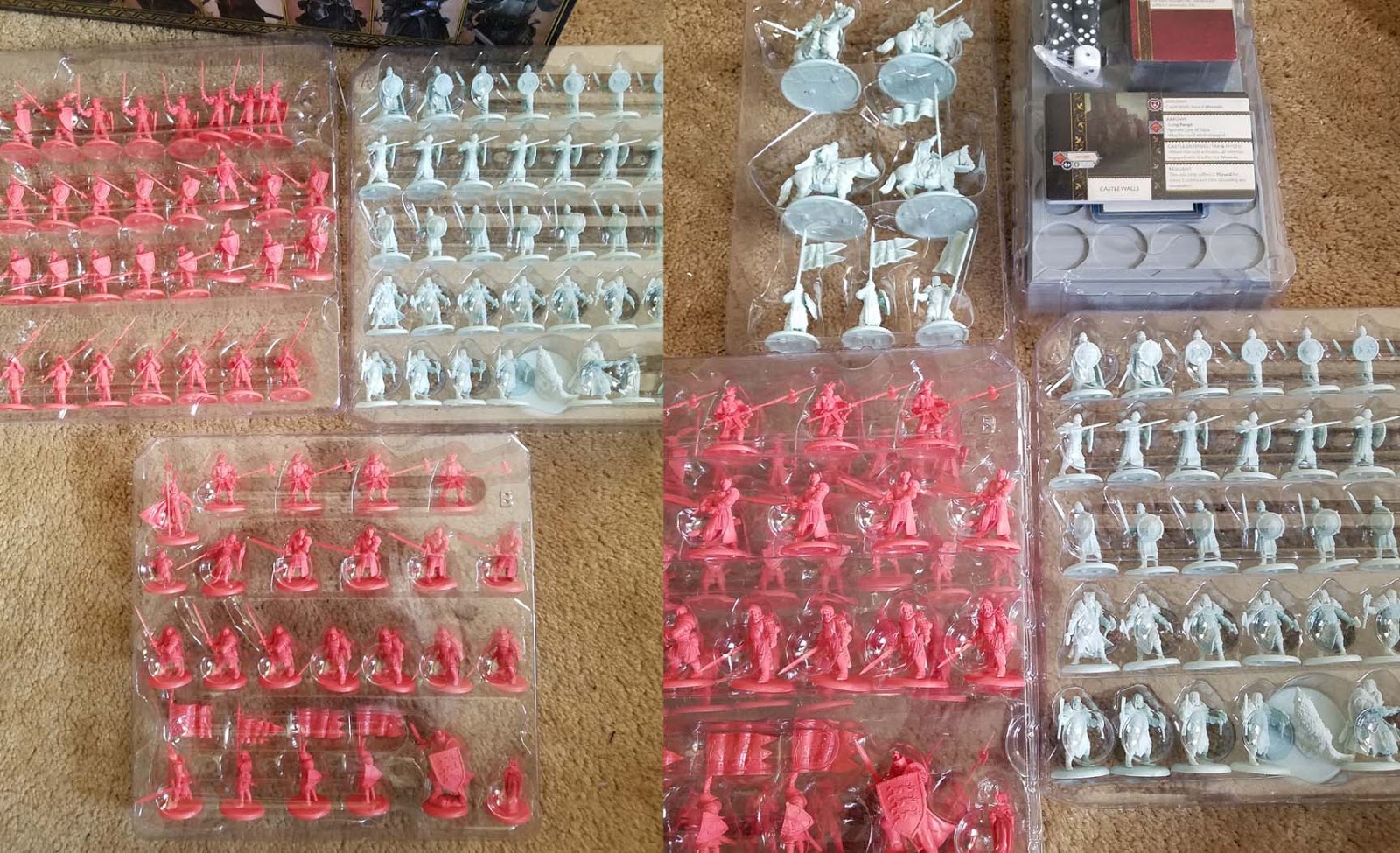 I have been checking out the rules, and watching as many battle reports as I can find.  Once I get the figures painted, and some terrain made, the hope is to start making my own! 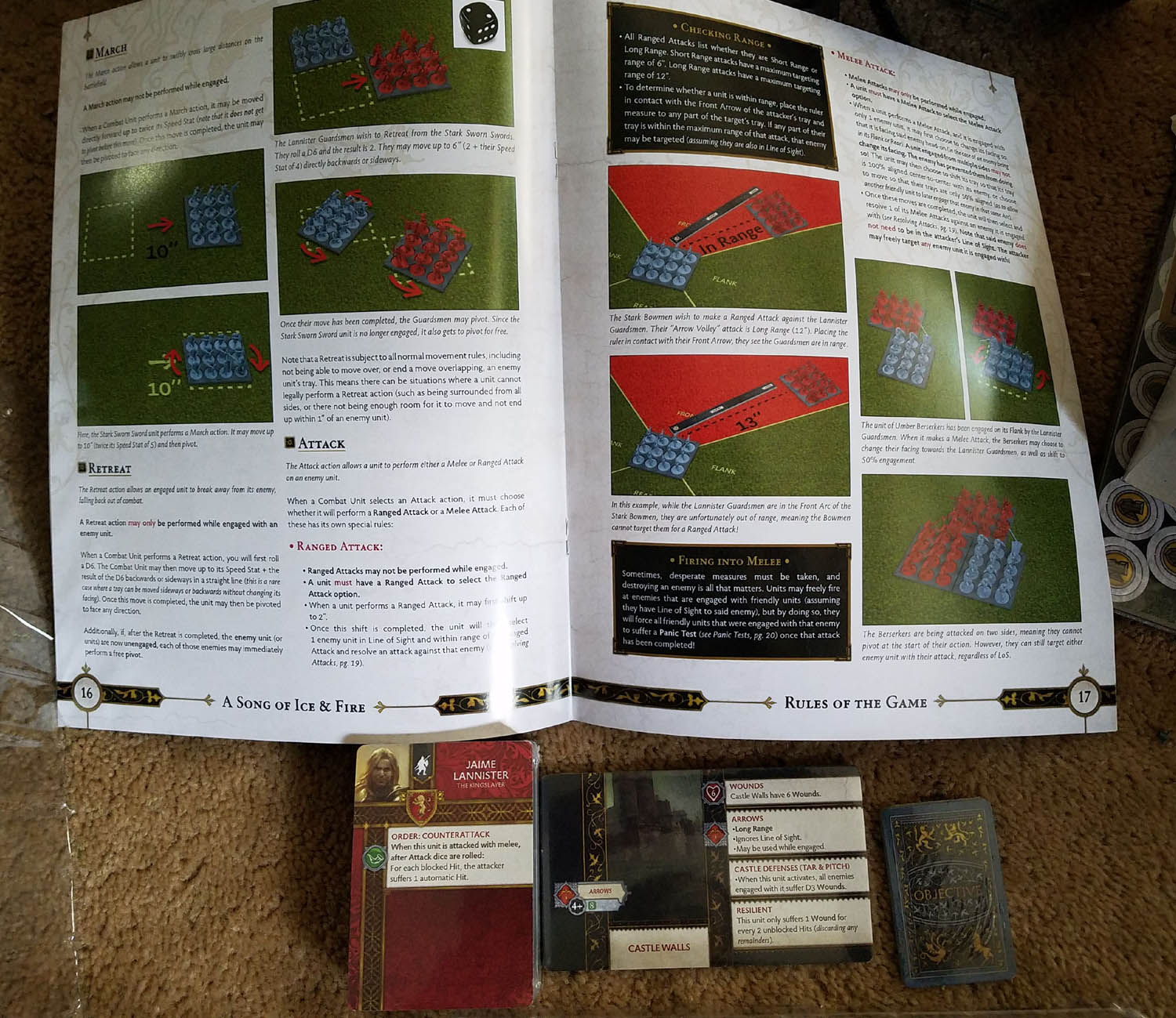 This is the element that alters the game from something like Warhammer or War of the Ring.  There are action cards, objective cards, secret missions and so on that expand the scope beyond simply wiping out what is in front of you.

The 'politics' side of things obviously reflects the setting, and means more variety without having to change up the figures in the armies themselves. 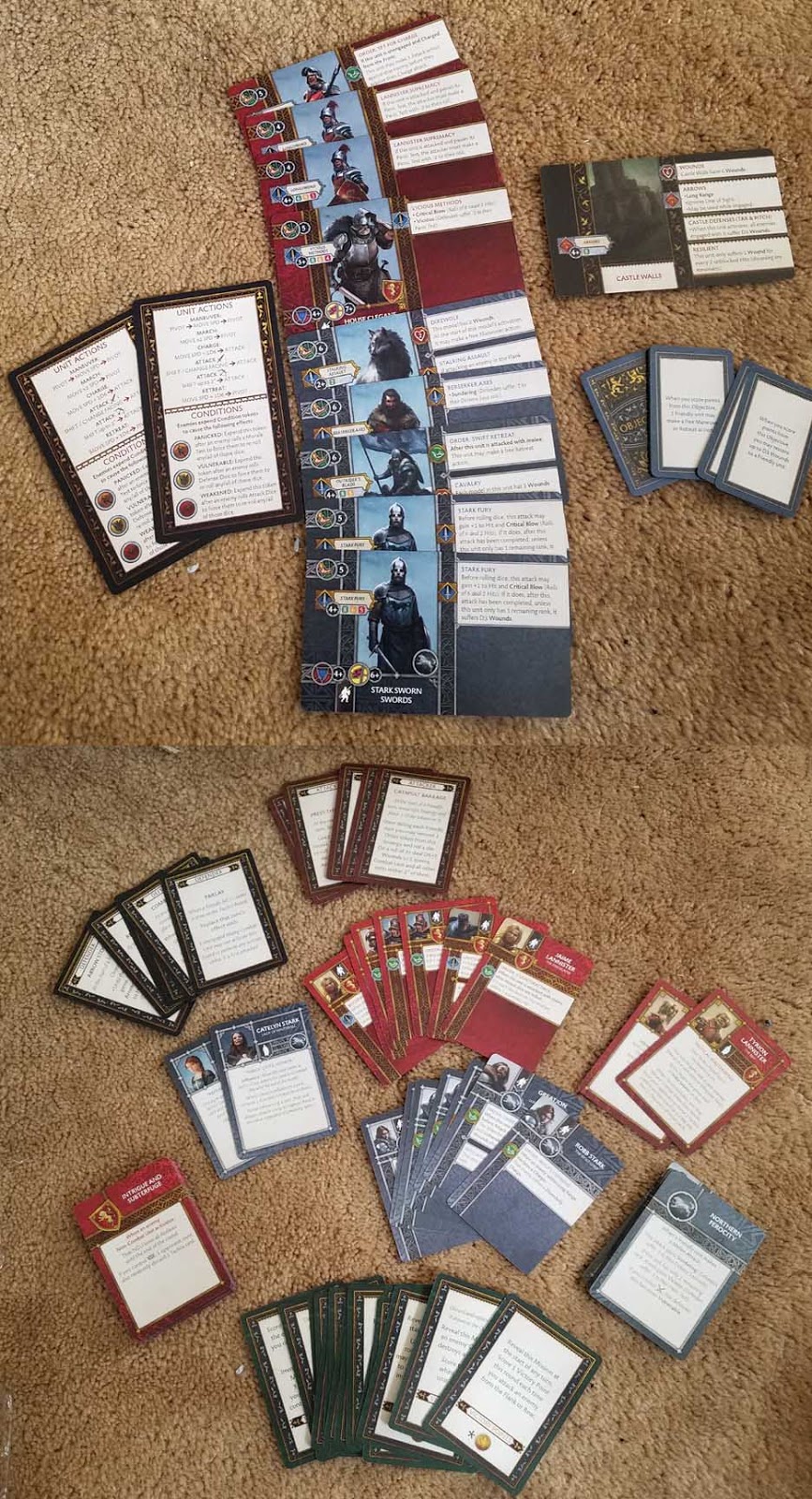 There are plenty of tokens!  While I do have fun making my own for games, sometimes it is nice not to have to worry about that. :-)

I will be making my own 3D terrain pieces of course, but in a pinch these could be handy. 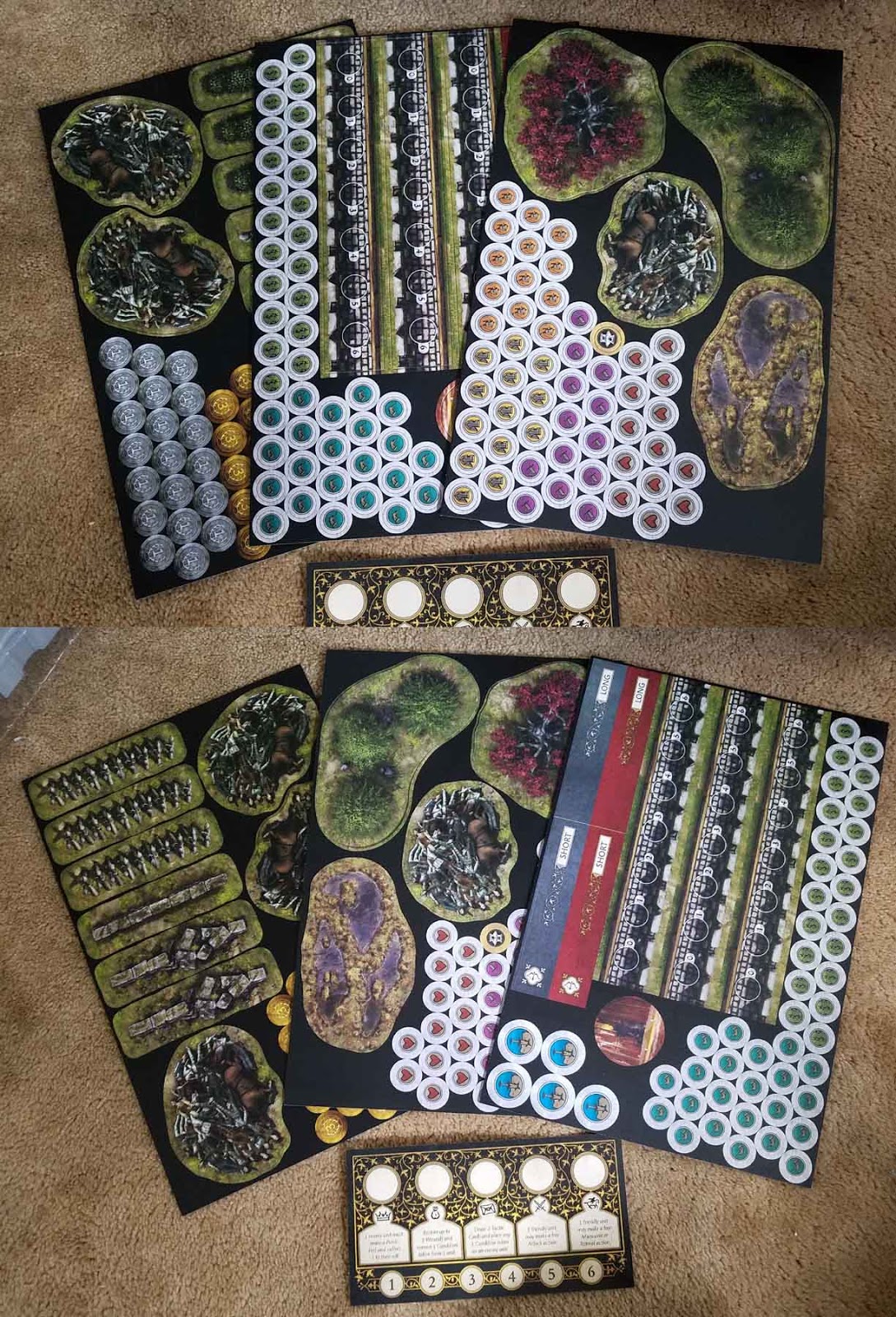 Now to the part we all want to see... minis!!!
I was amazed at each figure that I pulled out of the box amazed me.  Now that I have my little sanding sticks, I think I will be able to take care of all the mould lines easily.

As someone who has assembled hundreds of minis in the last few months, I can also say that it was a welcome change to only have to worry about a few mould lines!

I think I may start off with a basing and painting tutorial for the wolf.  From there, I will do more individual characters, and make the units part of the Army Painting series for the Patreon Page. 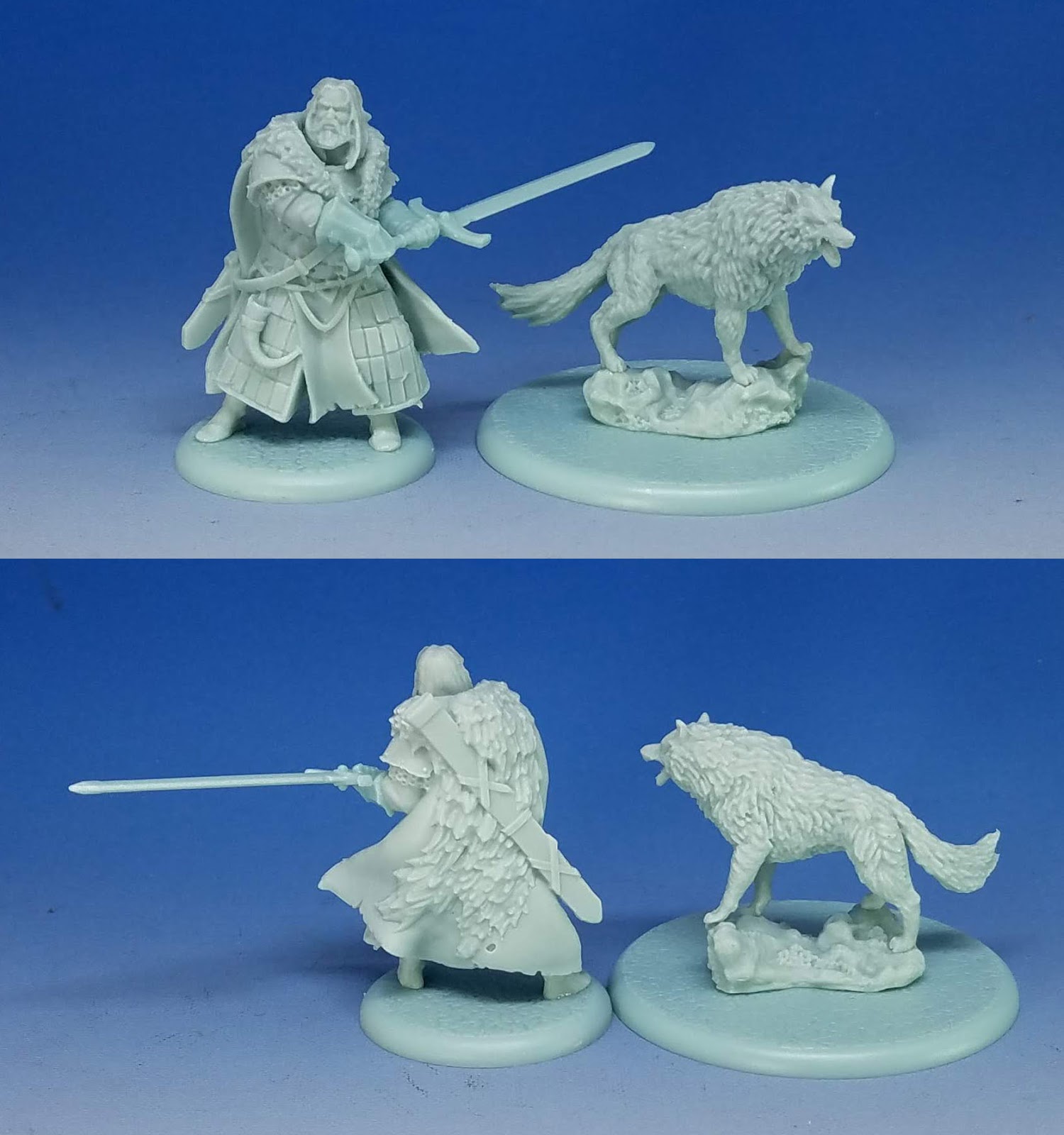 I know there is a lot of great concept art, so I will try to get as many of those images as I can, and have them on the screen when I do the tutorials as reference photos. 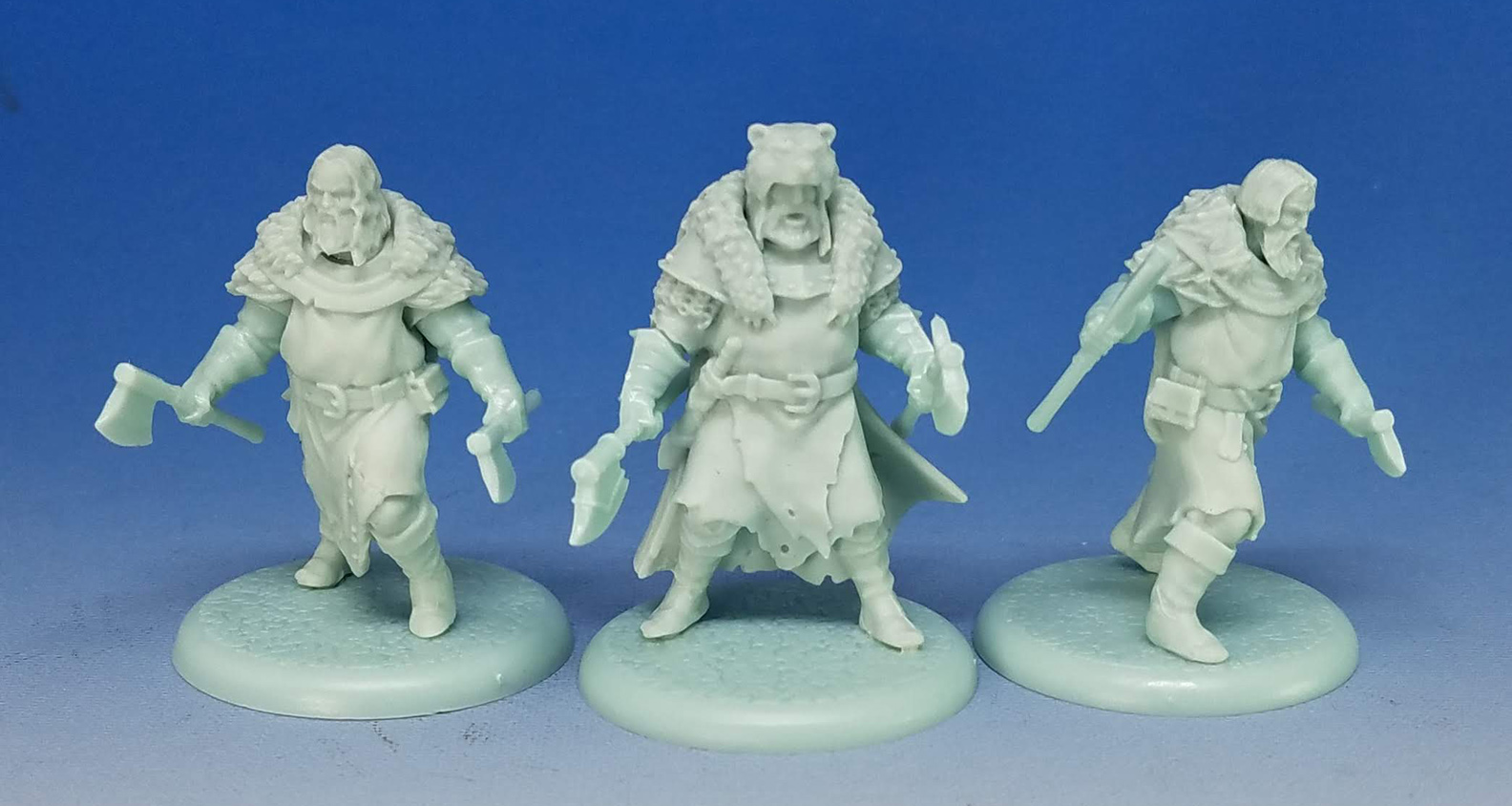 The character figures turned out very well... and they should also make for great tutorials. 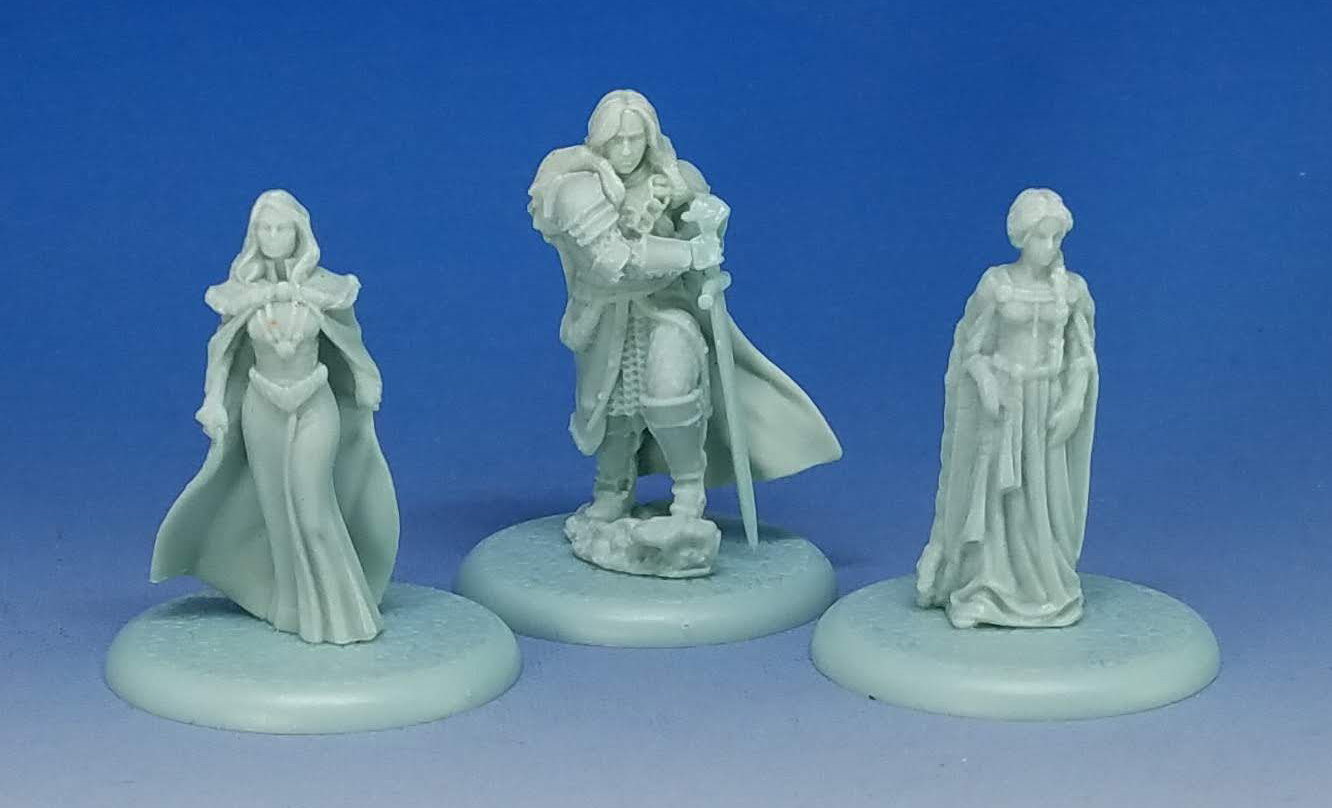 Size does matter! :-)  I'm already looking forward to seeing these primed and rebased... 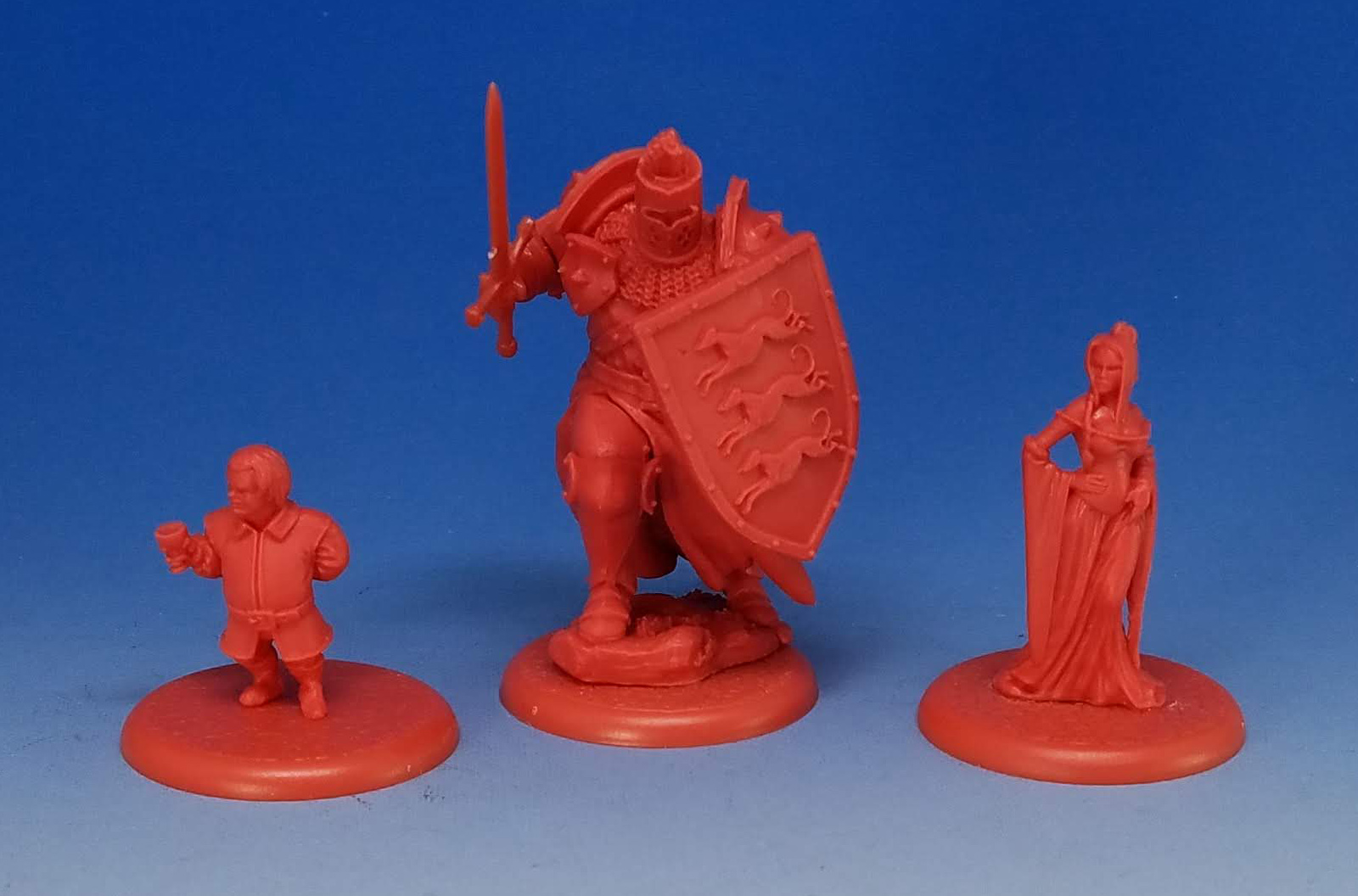 The most surprising aspect of the figures were the sharp and solid weapons.  I assumed that all the swords and spears would be curved and bent, but not so.  In fact, they are sharper and more finished than most metal figures (I typically have to reshape those and sharpen them with metal files!).

The time savings alone is incredible. 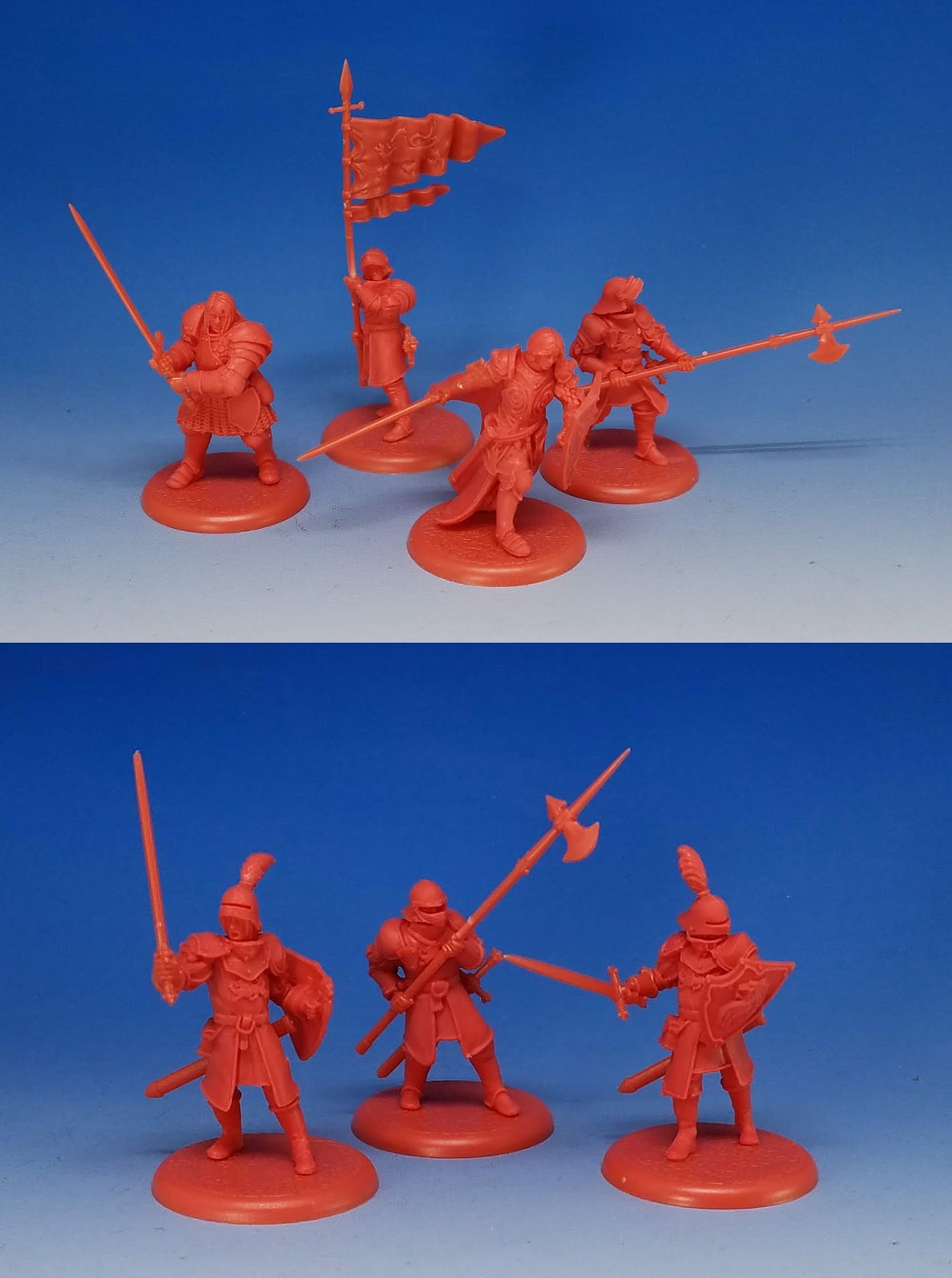 I also didn't think there would be adjustments to the poses of the rank and file, but there seem to be at least 3 different versions for each unit.  In effect, that is about what you could do out of the box with most armies.  There would be 3-5 different "bodies", and most of the difference came with head and arm attachments.

They all fit nicely into the movement trays as well. 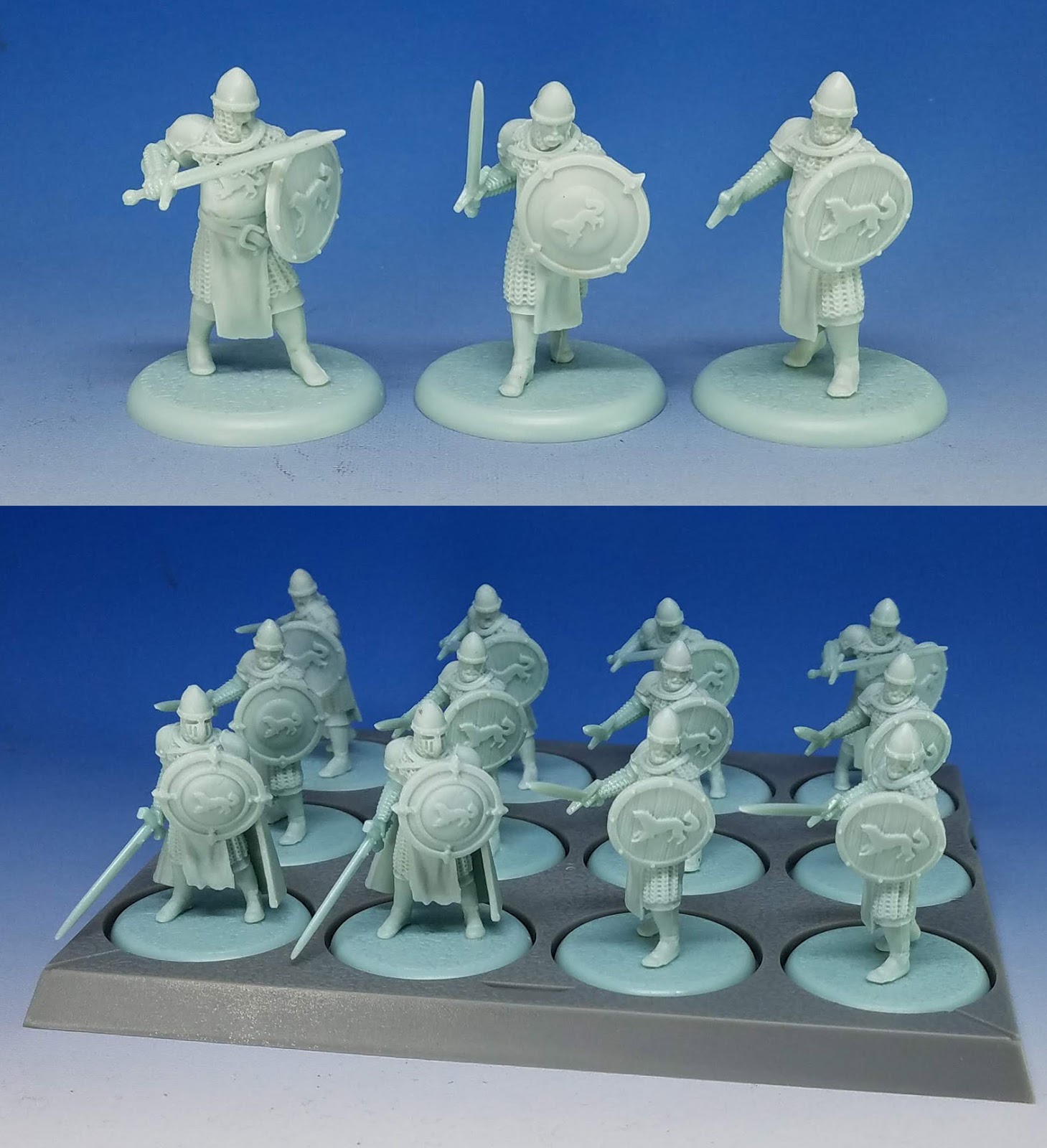 I am especially excited about these!  Cavalry armies have always been a favorite of mine, as you can see with my Lord of the Rings forces, and these horses are wonderful.

They are very natural looking, and as I mentioned before, very sharp details with stiff, sharp weapons and banners!!

All of this will eventually be made into new tutorials for the Patreon Page, as I mentioned before.  Some will fall into the Army Painting category, which is a $15 pledge level.  I will also have a few individual tutorials out there for the $5 level too, such as the characters.

It is also my hope to make special terrain tutorials, so that you can play your games on some appropriate settings.

Here's a link to the page so you can see what it there, including the Army Painter levels: 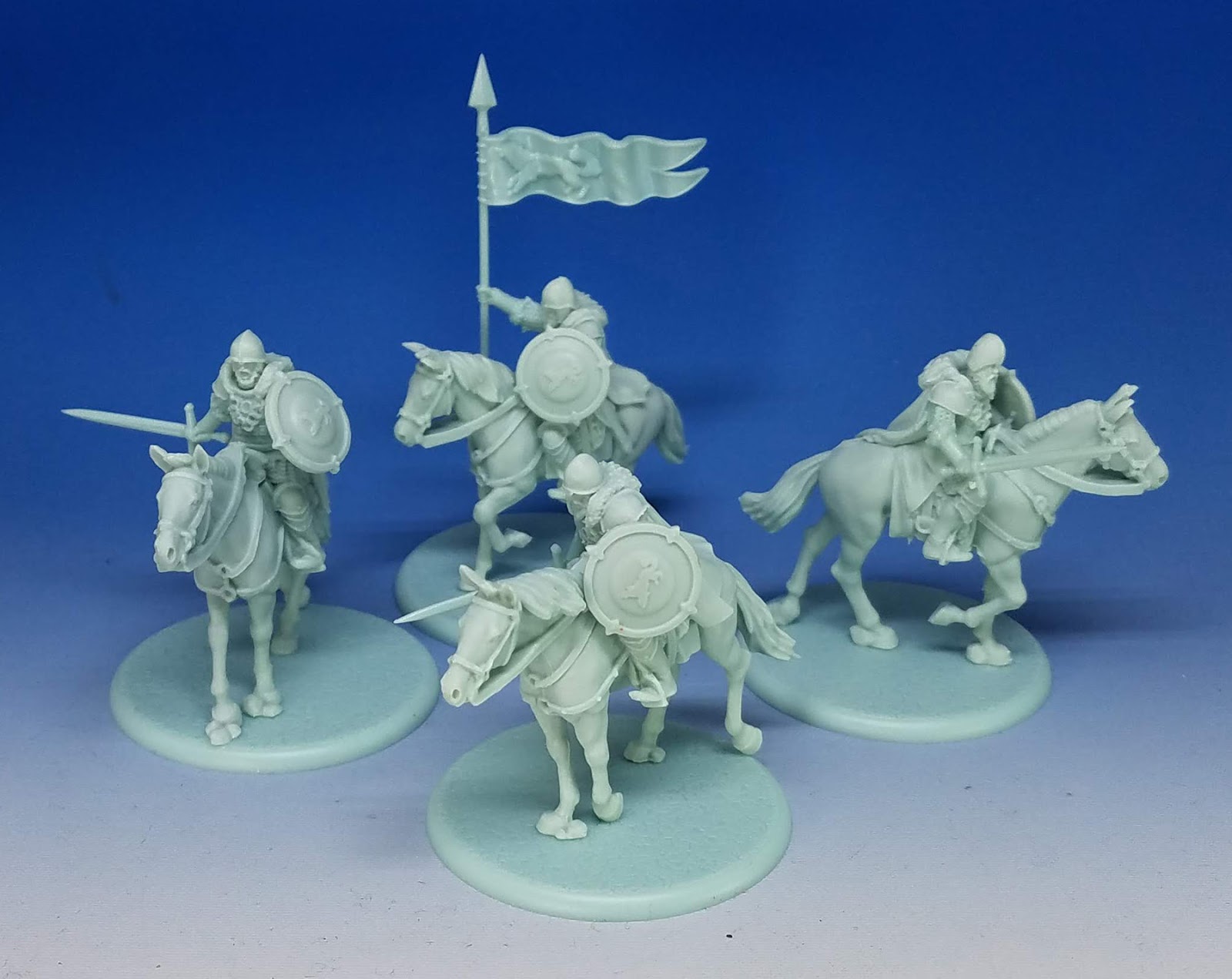