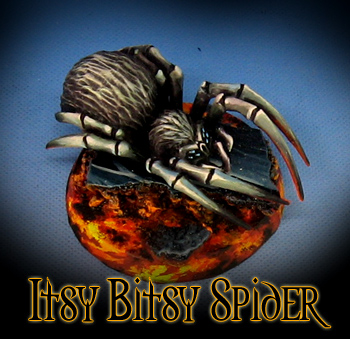 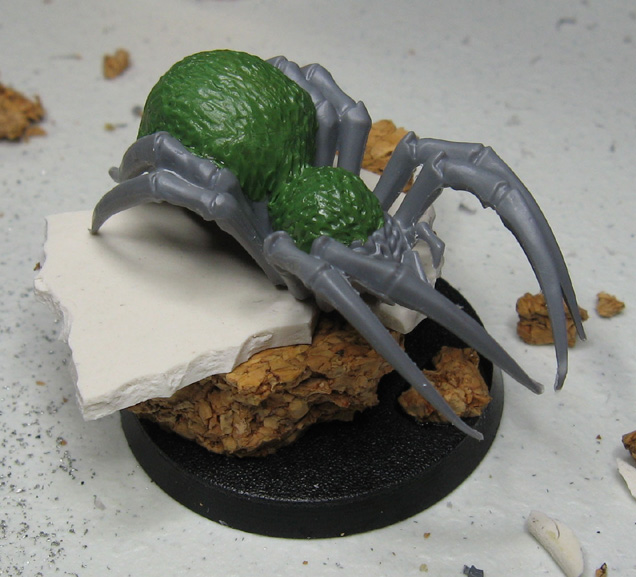 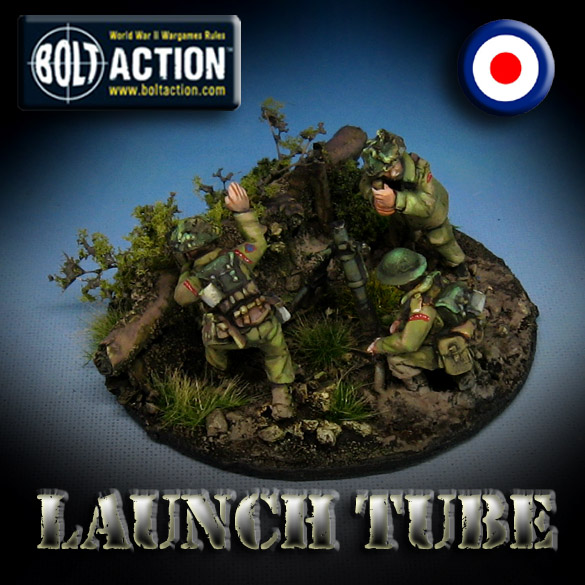 This mortar team was painted up for a fellow player's BEF army, so I tried to keep the basing and other things in line with the early war France '40 basing that I have been doing.

Since I have been enjoying the Woodland Scenics delicate foliage, I have gotten a few new batches of it.  That material works incredibly well for these kinds of artillery and weapon teams, making them seem like they have just cut and pushed aside some undergrowth to make a space for the weapon.

As with the other bases and stands, I used the Mig AMMO heavy mud products to get that extra bit of texture on the base.  Even the finest sand when painted has only a 'loose dirt' feel, while the mud products have a smoothness of texture that can't be matched by the sand.

It's also very handy to blend the figures into their environment, as I spatter it or place it onto the lower legs and boots, thus "anchoring the figures" to the base.  Now they really look like they have been playing in the mud. 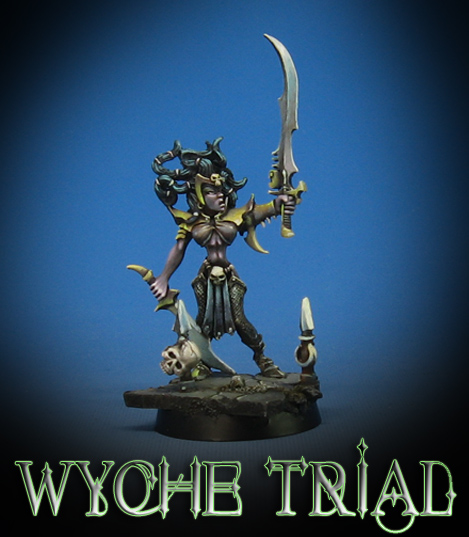 Here's another old conversion that I did to create some extra Wyches and Hecatrix Blood Brides for the Dark Eldar army.  I had several old metal Witch Elves sitting around, and adding just a few weapons from the new Dark Eldar sprues did the trick! 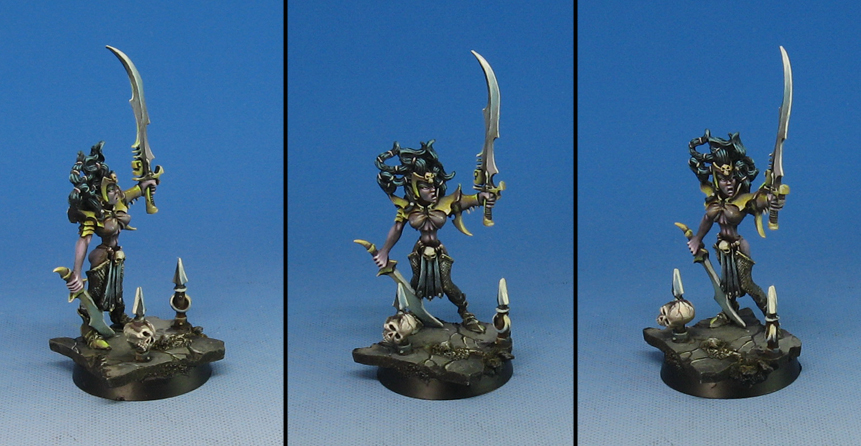 The idea was to have a unit that looked very different from the rest of the plastic and resin Wyches, so they would stand out. Plus, it's always fun and interesting to repurpose figures that are this old! 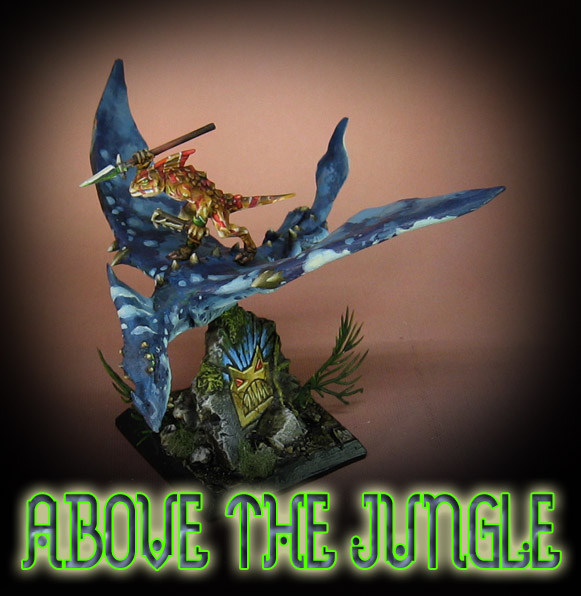 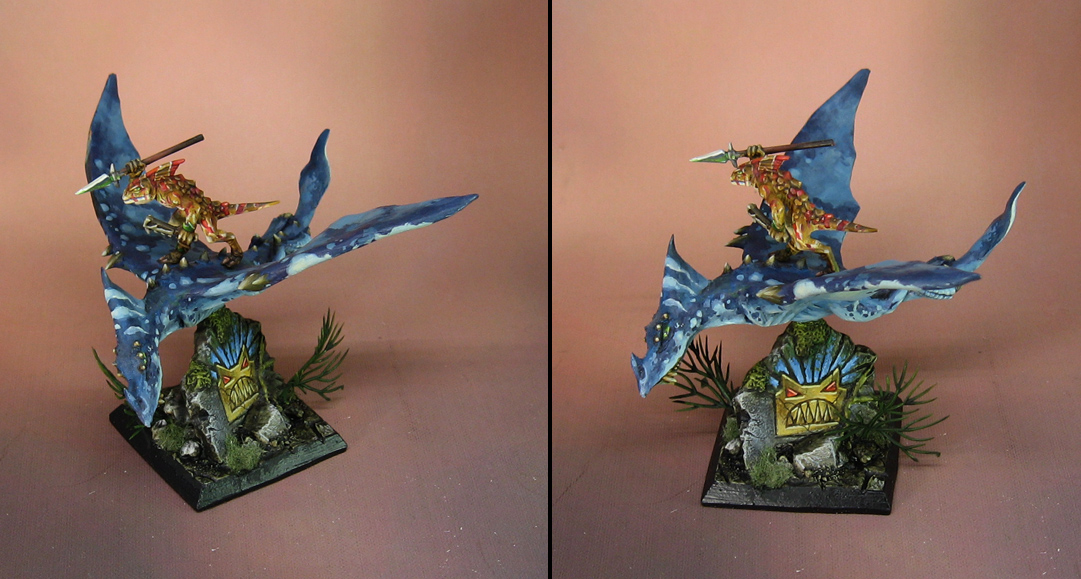 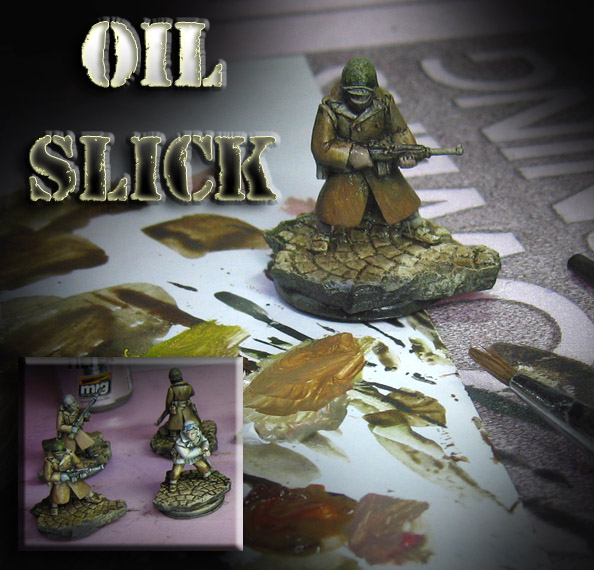 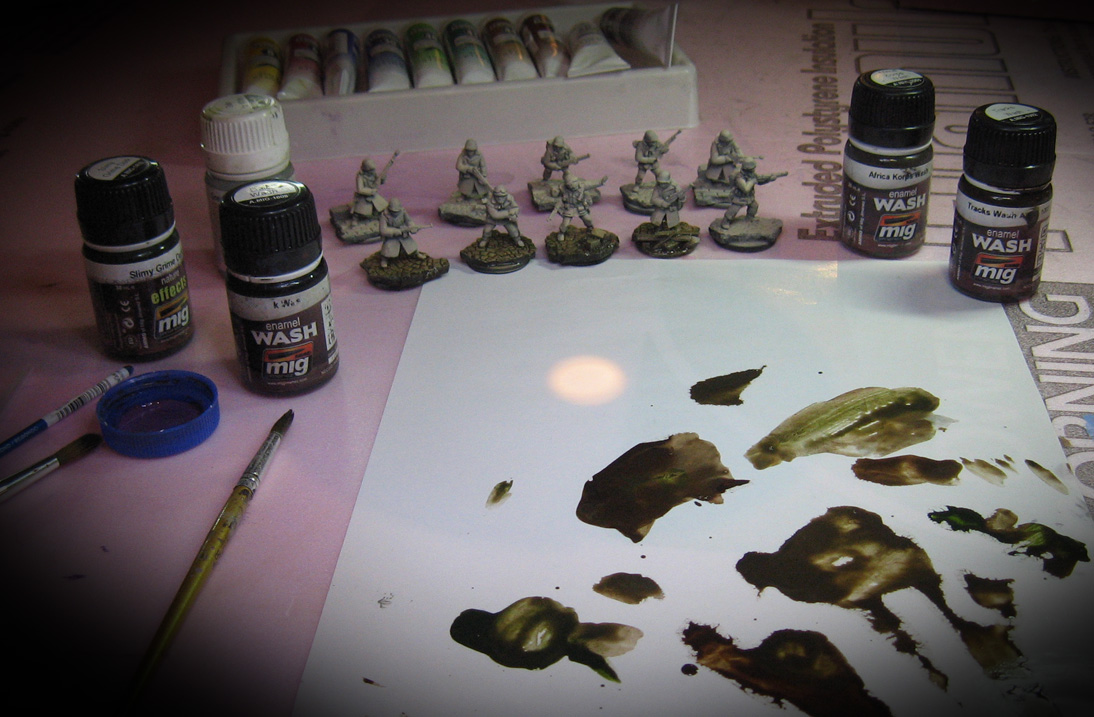 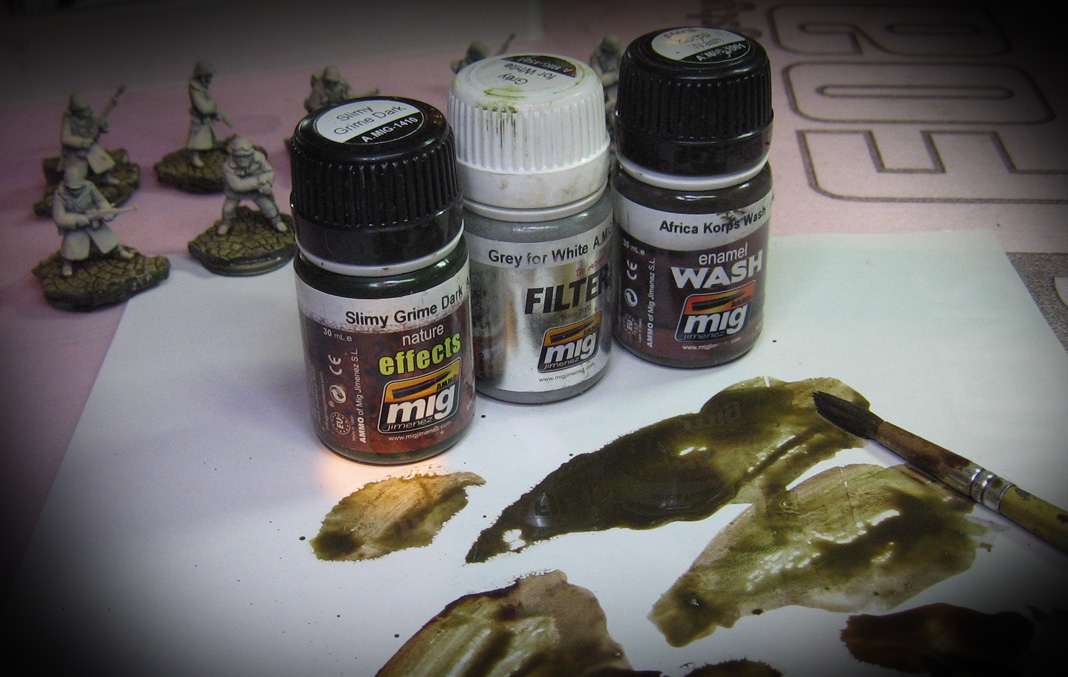 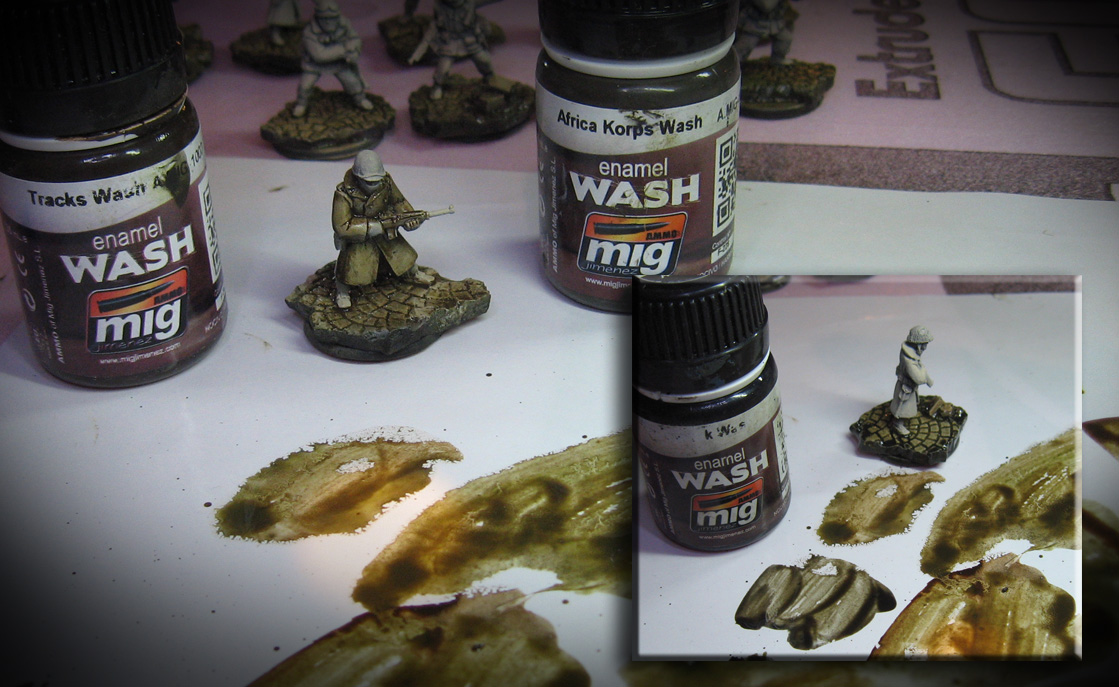 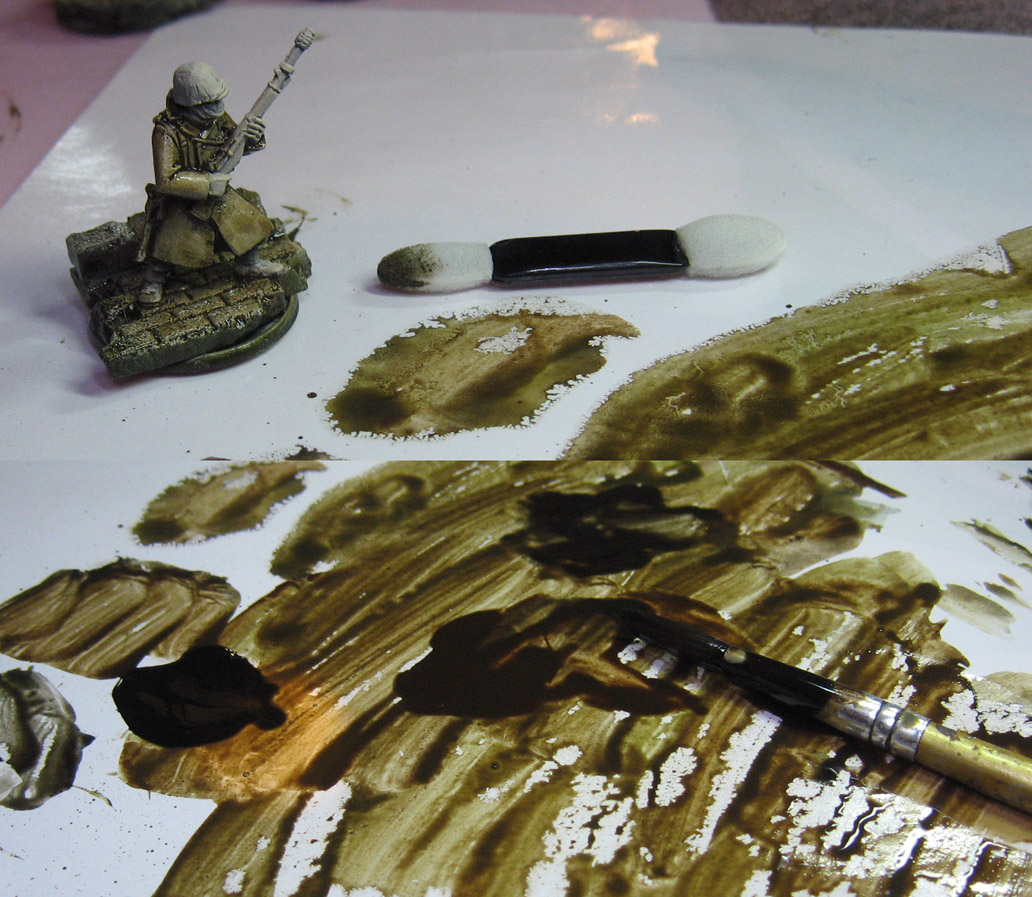 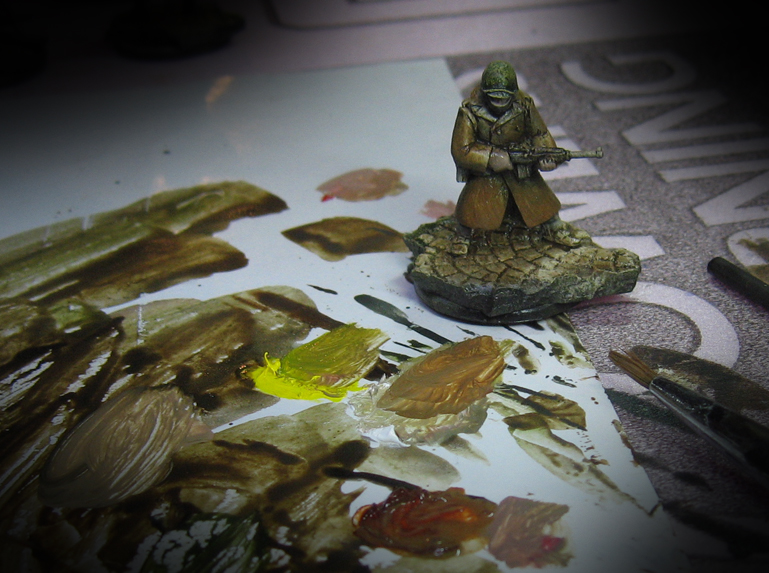 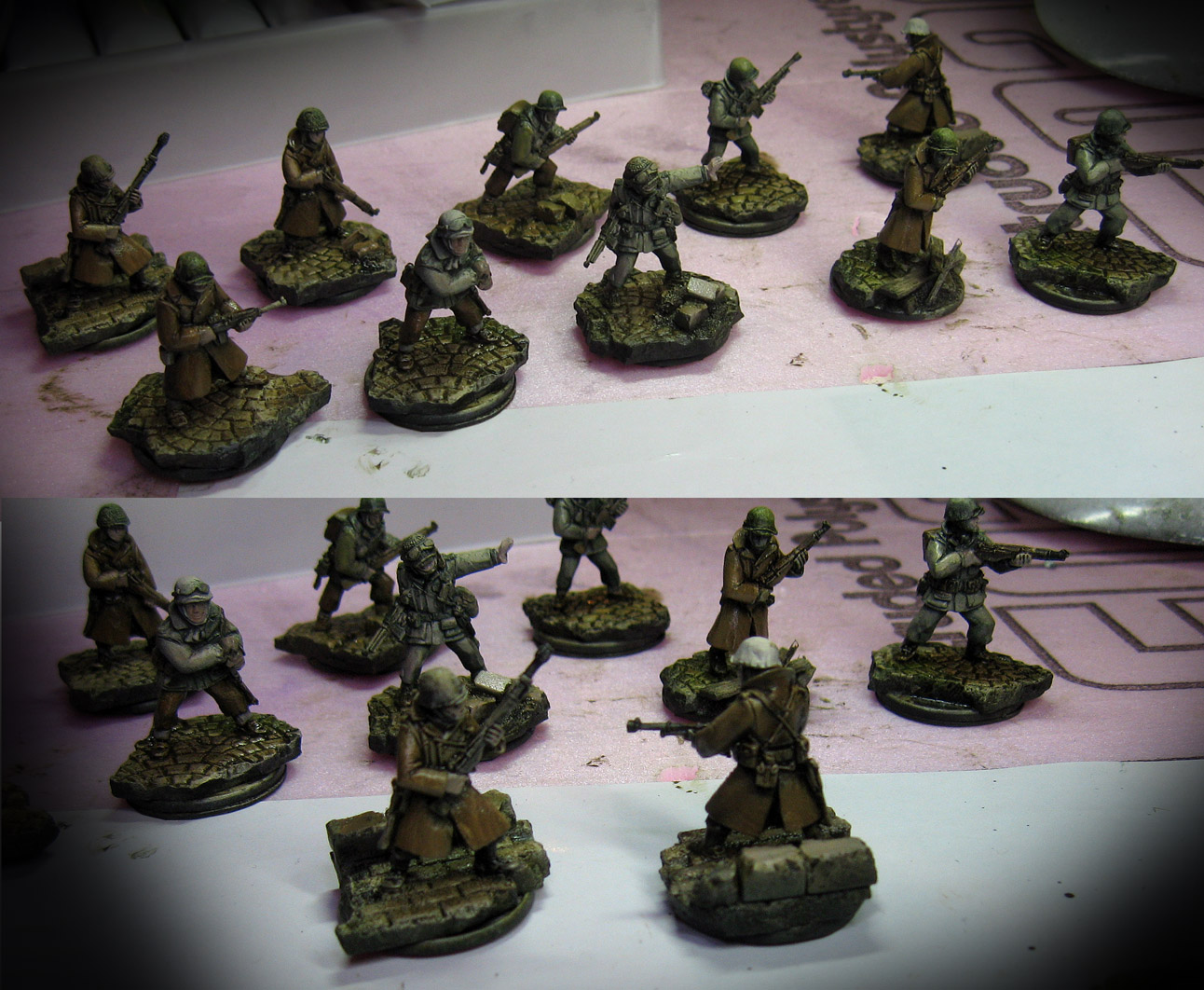 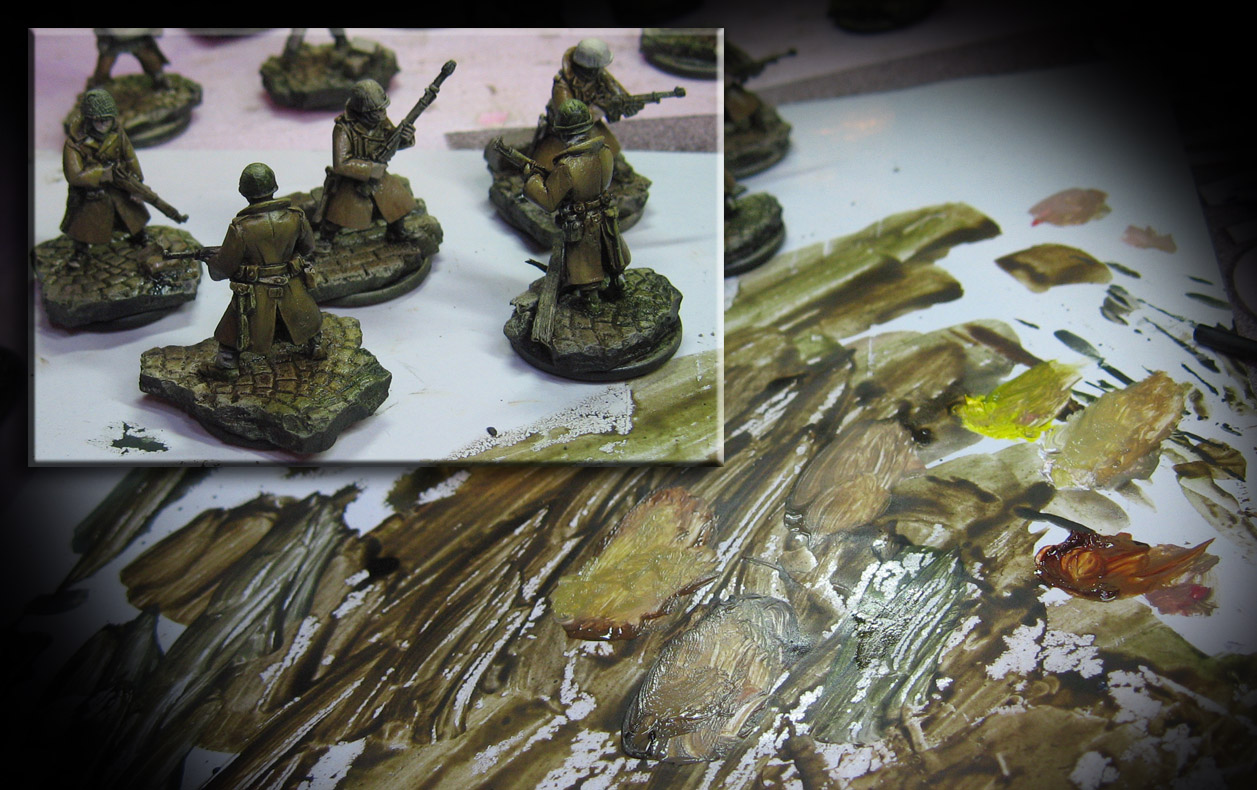 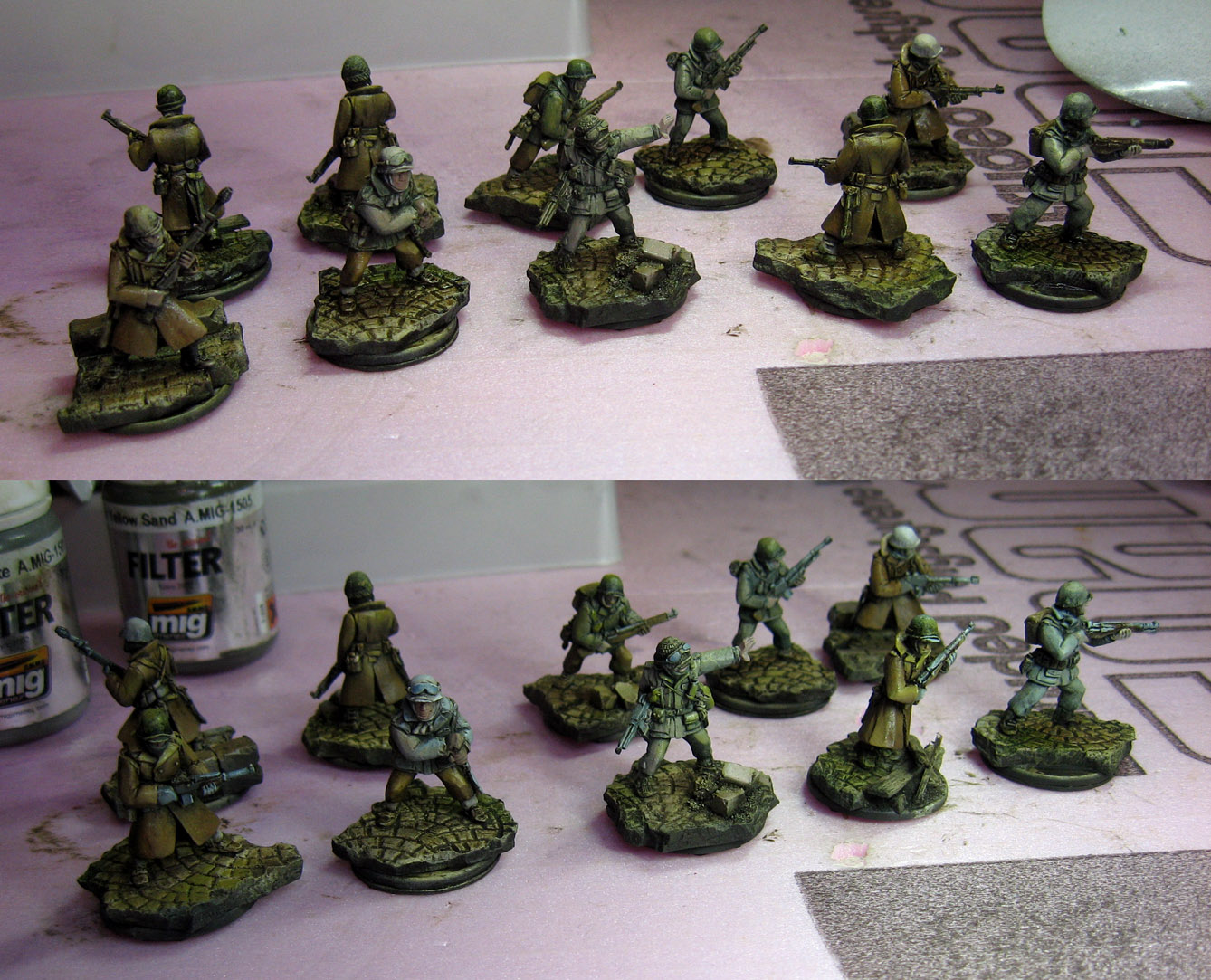 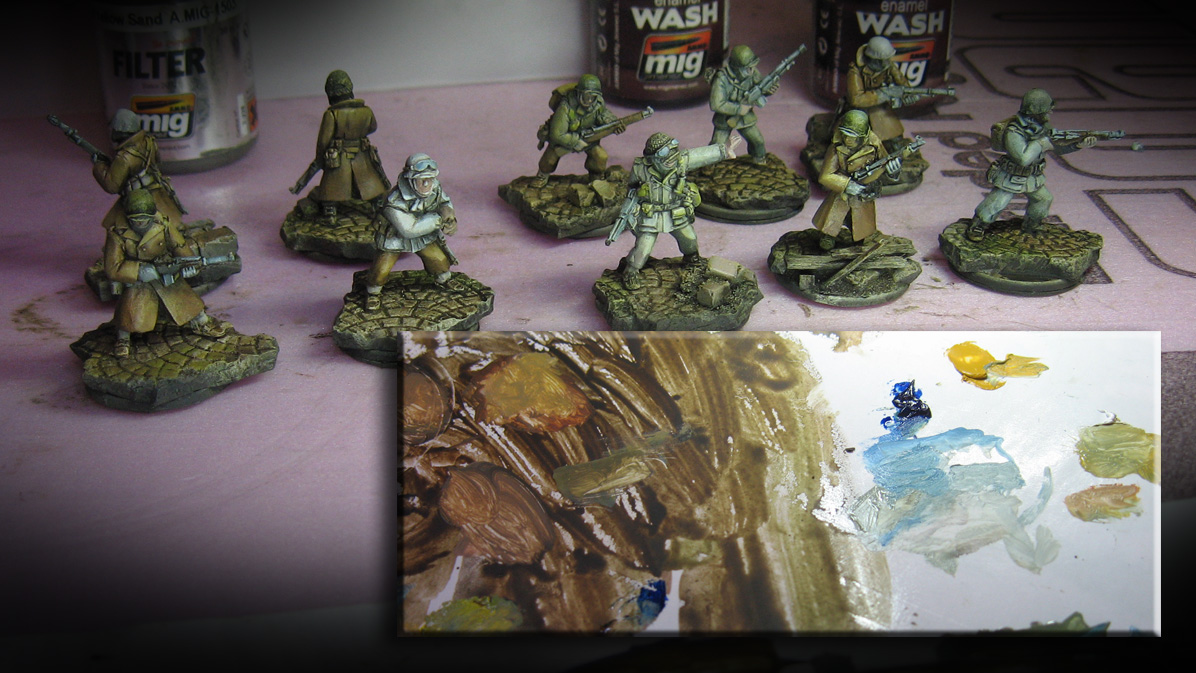 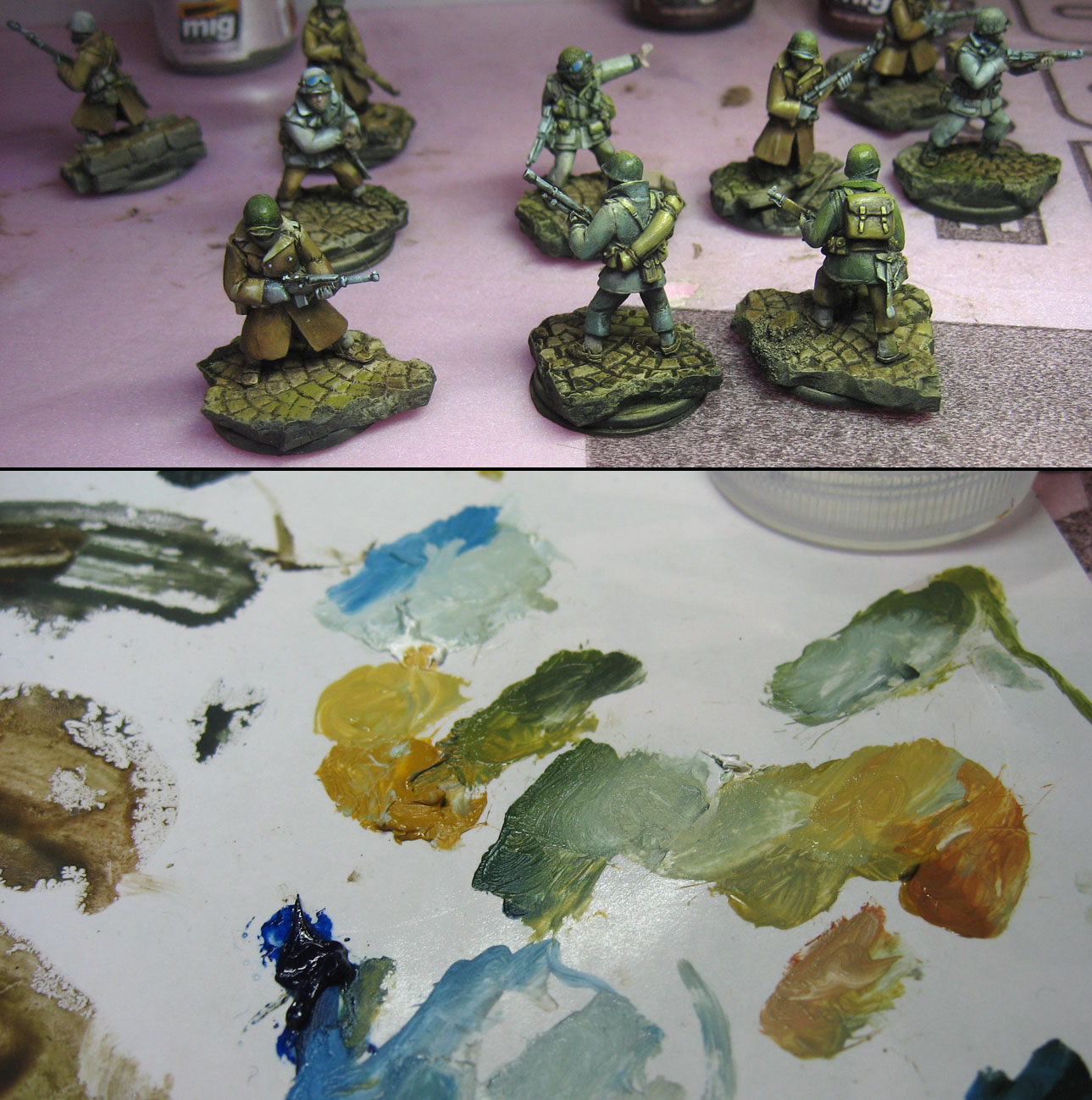 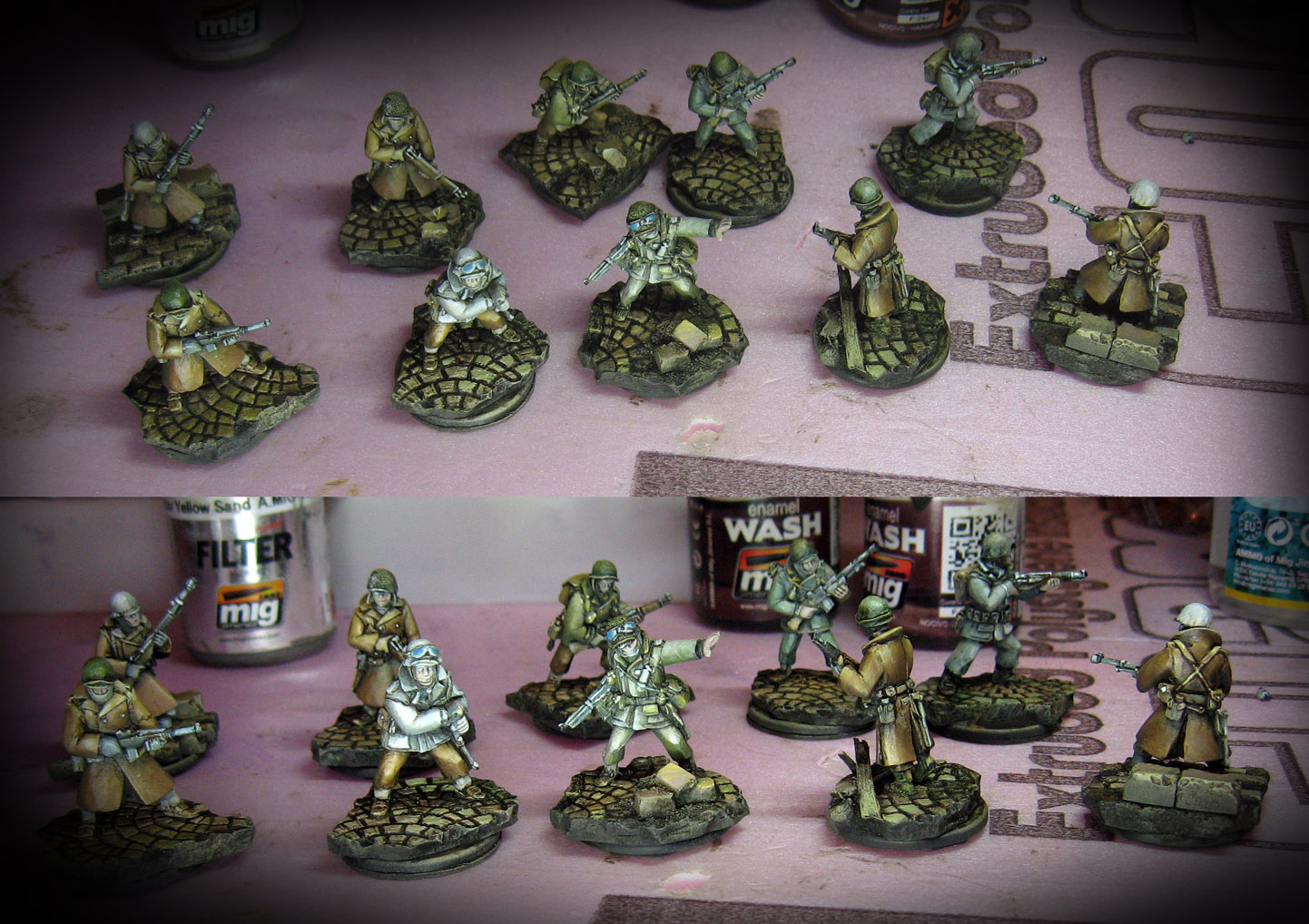 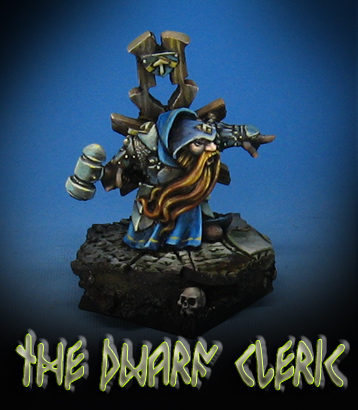 I have painted this guy a few times over the years, and he's always been fun to paint each time.  The biggest difference in each is probably the base.  Originally I was going to use this as a Blood Bowl coach/turn marker.

There's a lot of movement in this figure, which is not always easy to obtain for a dwarf of any kind (even if they are natural sprinters).

The biggest difference these days is having the Green Stuff World moulds in the armory of tools.  In no time at all, I was able to create a perfect setting for this figure! 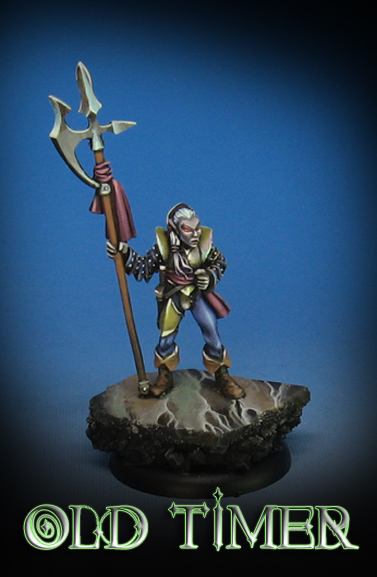 Sometimes the oldest of figures can be the most interesting to work with.  When we first started painting minis, there was not a huge selection of figures for us to work with.  We didn't really know anything about the various companies.

Years and years ago, we ran across some old Ral Partha figures in a bin at a convention, with the thought of using them for Blood Bowl teams, etc.

This figure must be well over 20 years old, possibly 25 at this point.  But, some modern treatment and basing can make it seem as if it still belongs in today's environment. 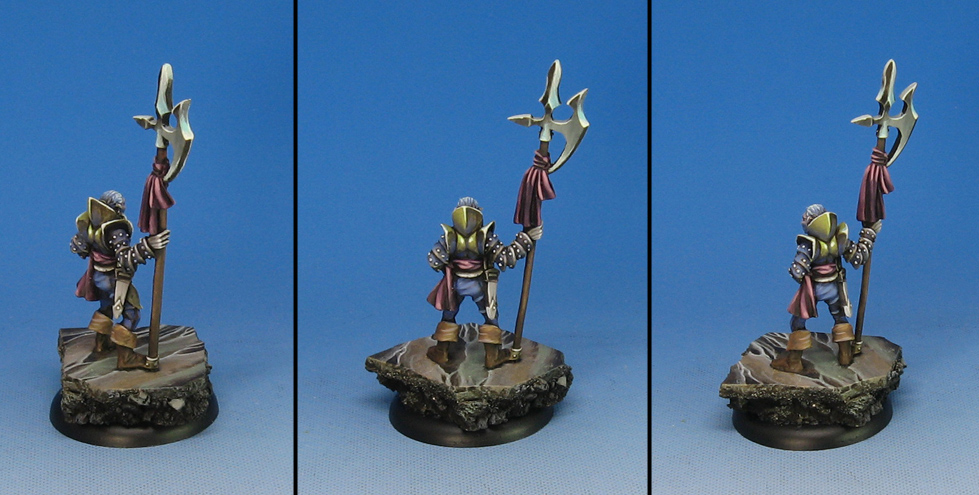 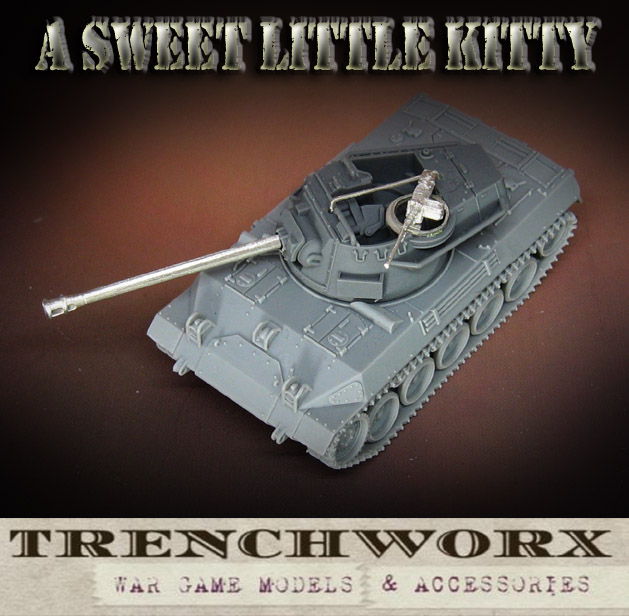 Next up from Trenchworx is the M18 Hellcat.  This will also get the winter treatment like the Sherman.  Here's the opening of the box... goodies! 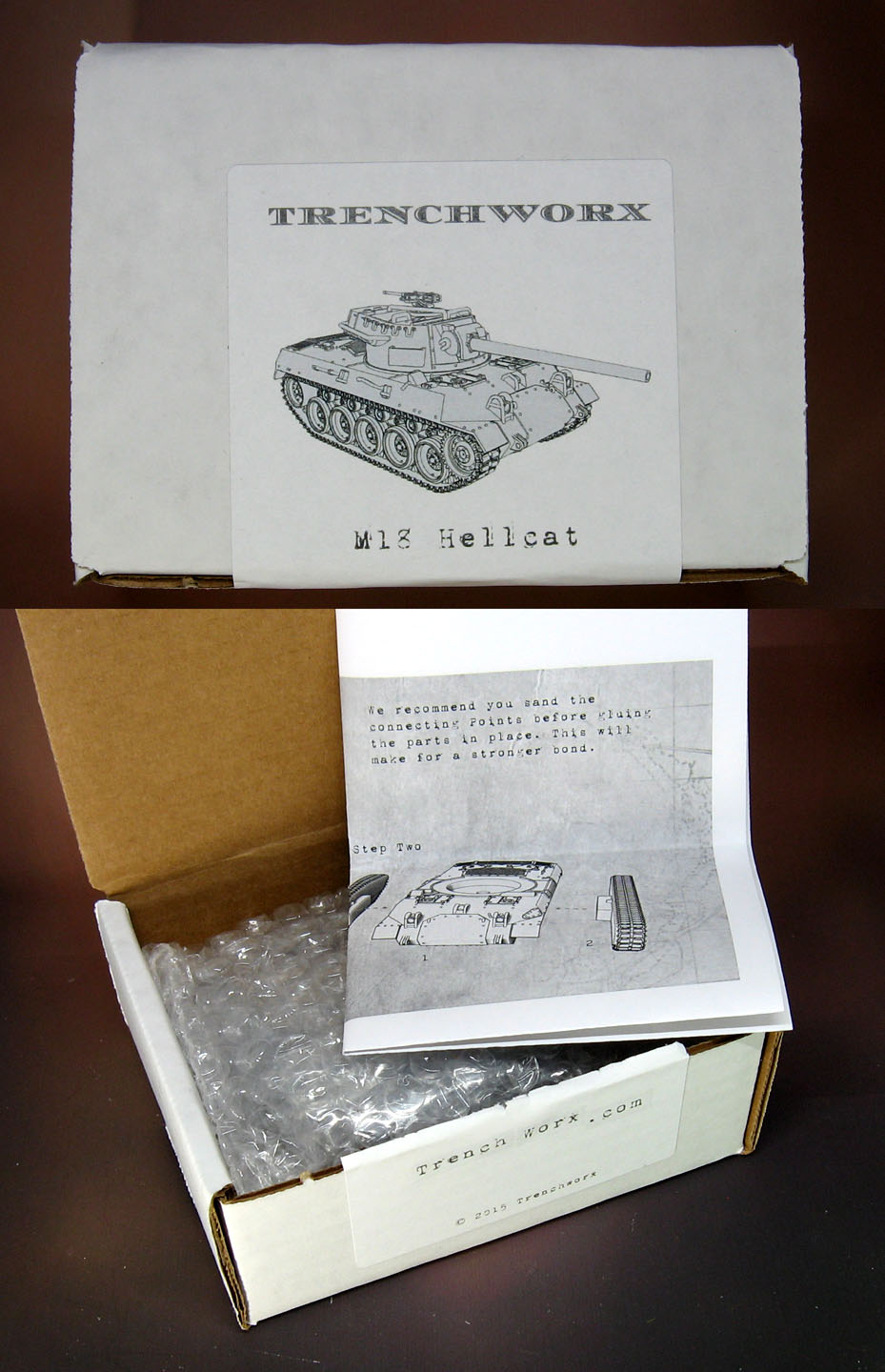 This instruction sheet is really handy.  Each company has a different way of casting things like treads, so it is very good to have a picture of that piece so one doesn't mistake a tab for a gate or vent! 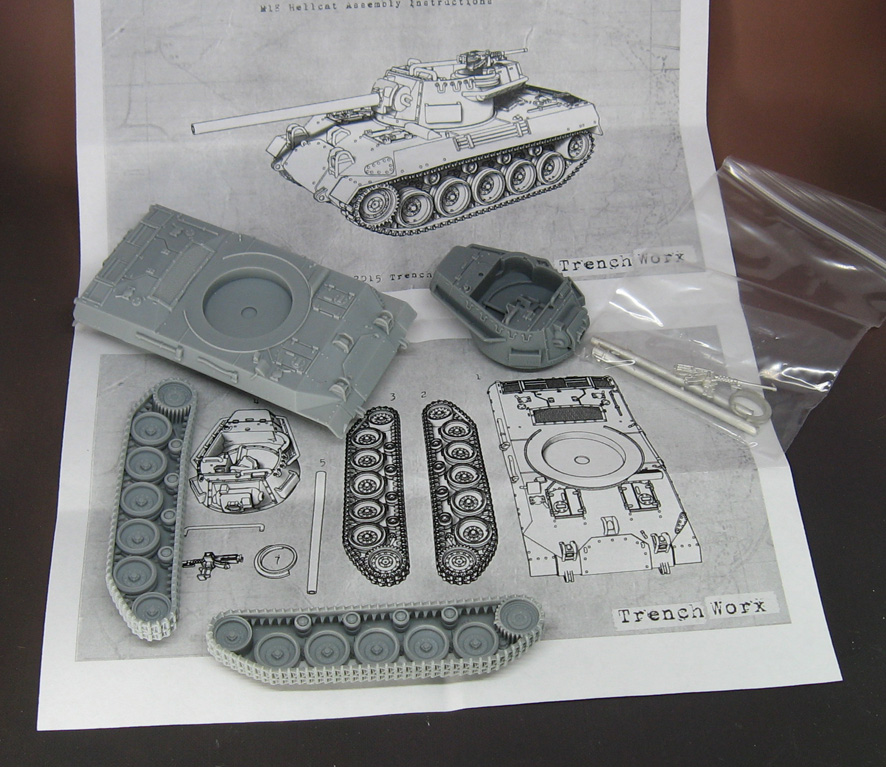 Just like the Sherman, the pieces fit together so well out of the box, it stands on its own, without even a touch of blu-tak. Once again, a fantastic rare earth magnet set up for the turret.  Better yet, I have noticed that the magnets even change size with the turret.  This is bigger and heavier than the Sherman turret, and  it comes with a bigger magnet 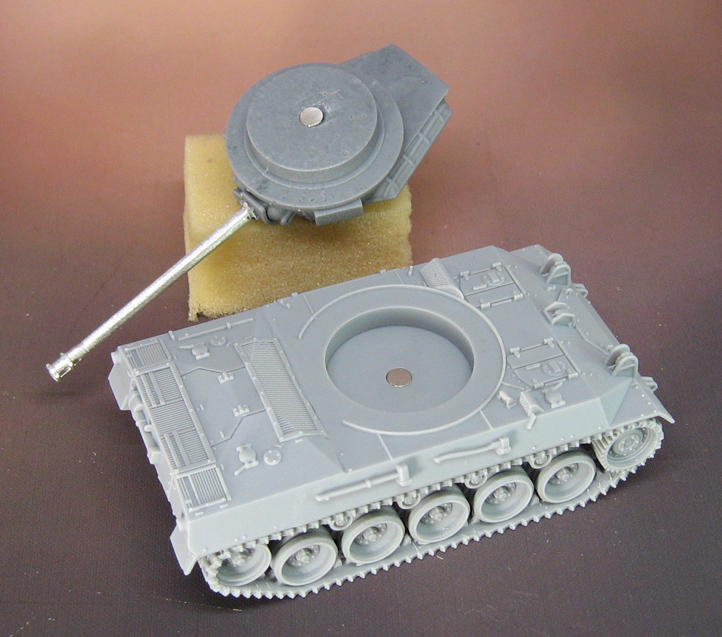 These views were shot right after the assembly.  Since then, I have sculpted a bunch of stowage to give it a lived in look.

The casting is so fine on these vehicles, you have minimal amounts of cleaning, filing and so on.  I didn't have to break out the jeweler's block and the razor saw to hack away  massive gates and vents.  Always a plus.

The tracks and drive wheels are especially clean and straight.  This is the single most variable part in all vehicle castings.  They can be a nightmare to deal with, and it's great to be able to blitz right through the process and have a tank with tread assemblies that are not tilted or distorted!

It's the little things that bring me joy.