Out For a Drive 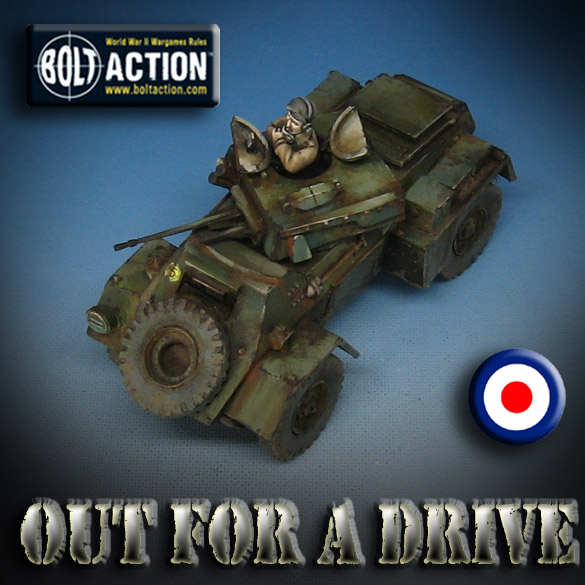 The British get a little more mobile fire support in the form of a Humber armored car.  This particular kit is from Warlord Games, intended for our Bolt Action battle reports.

It was painted with a combination of materials.  The initial layers were done with the Badger Stynlrez primers, just a simple series of light and darks established using greens, browns, light tans and so on.

The majority of the actual painting was done with acrylics, using Vallejo washes, Secret Weapon weathering paints and even Reaper Liner paints! 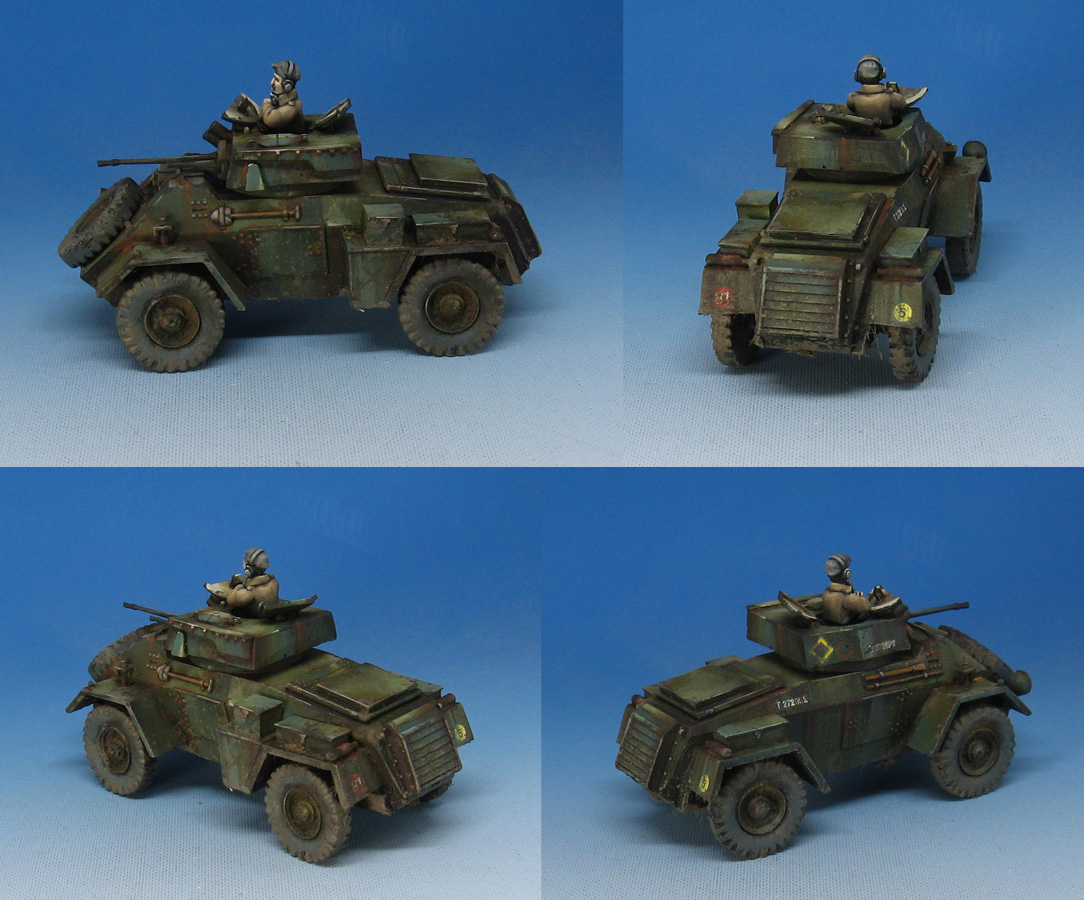 The dirt and mud effects were done using the Mig AMMO oil and powder weathering products.

I used a variety of mud types, from the "Splashes" to the "Heavy Mud", which was mixed with some static grass in some areas.

I think that these overhead images show some of the color transitions in the greens.  Not only are there differences between the light and dark areas of green... but there is a "color temperature" difference as well.

If you look closely, some of the greens appear more blue or more yellow, and some are more 'saturated' while others are more muted.  This shows the effects of sun bleaching, possible repainting of selected areas (or parts that have been replaced/added later by the crew), etc. 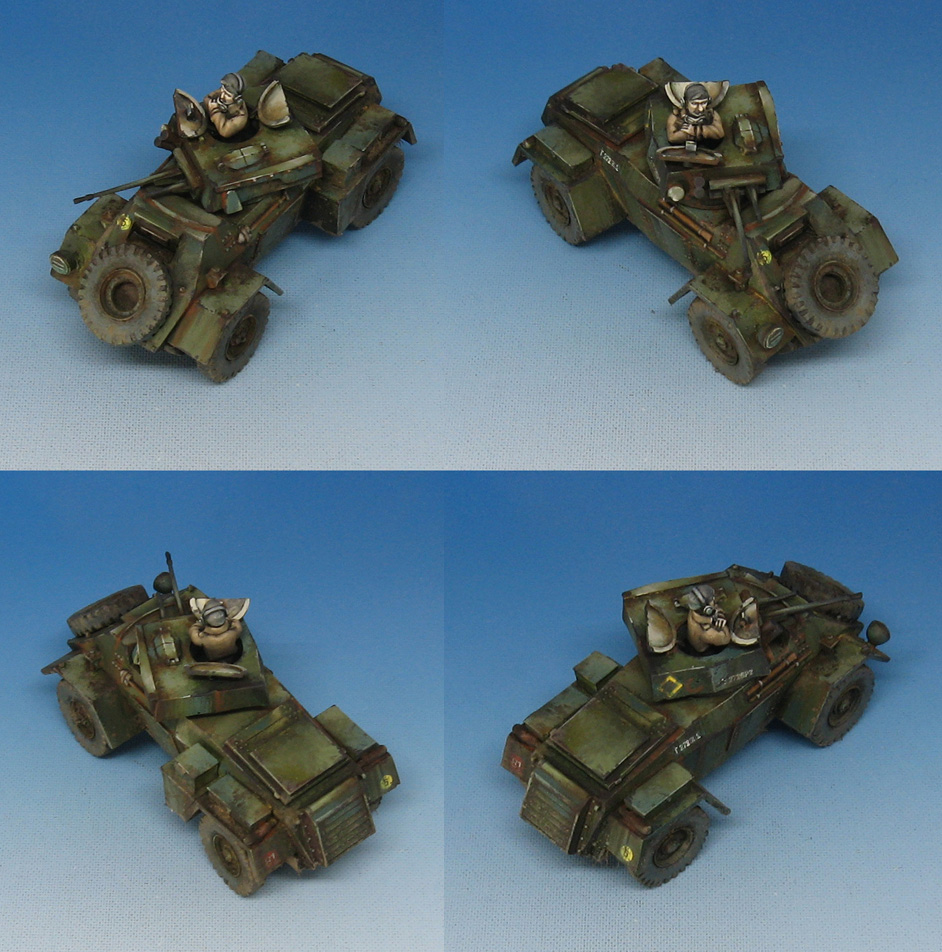 You can see more of the dirt and mud effects in these images.  I didn't want too much on the vehicle, but a wheeled car off road is probably going to churn up quite a mess! :-) I will be painting a desert version of this (in 1/48 scale) which should make for an interesting comparison!!  Stay tuned.