The man in Black 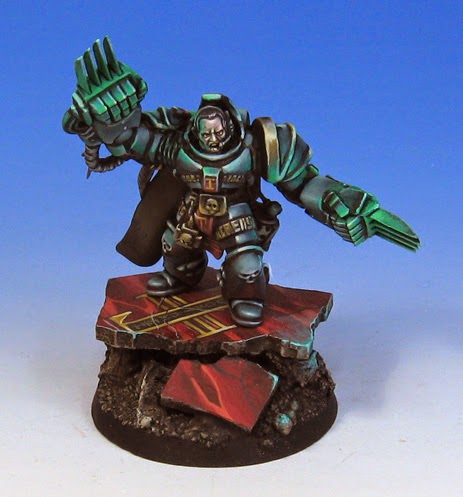 Now here is something that was years in the making.  I first sculpted this figure in 2008.  Long long ago, back when I was making heavily converted terminators out of Space Wolf space marines :-)

He was destined to be a special Inquisitor character in my Demonhunters army... decked out in terminator armor and master crafted lightning claws.

Since How to Paint Black is a video that is on the list of new ones to create, I am going to start fooling around with various armored miniatures to see what that would entail.  In this case, I wanted it to be a shinier black.

I don't know if the video would include any OSL, but a tiny bit might actually be very useful! 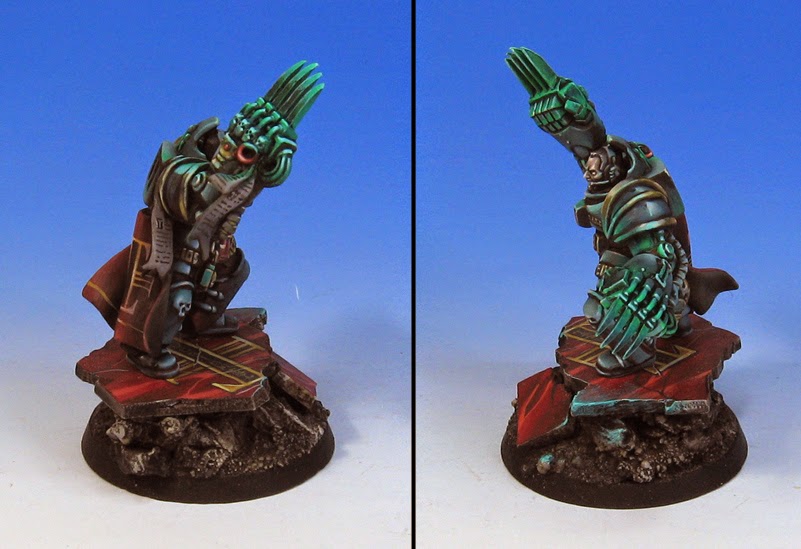 Posted by wappellious at 1:30 PM 4 comments:

The Story in Statues 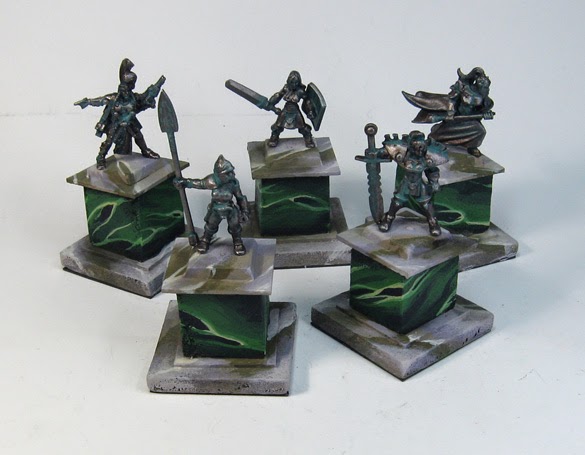 It just occurred to me that I never snapped any images of the statues that I created for the Adepticon tournament army!

As usual, they served multiple purposes.  First, they were objective markers for the army.

Second, and more importantly, they told the story of the army! 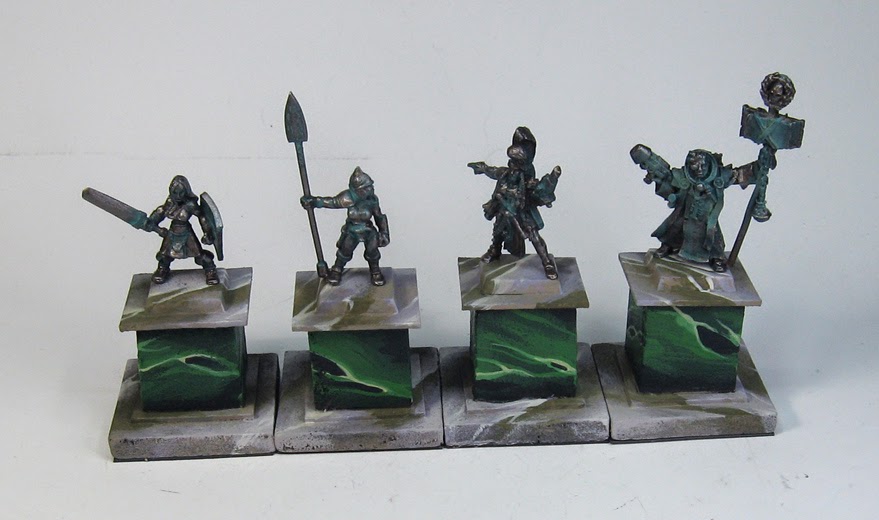 If you read the concept of the fluff I previewed a while back, this was originally a Bronze Age society with no modern weapons at all. 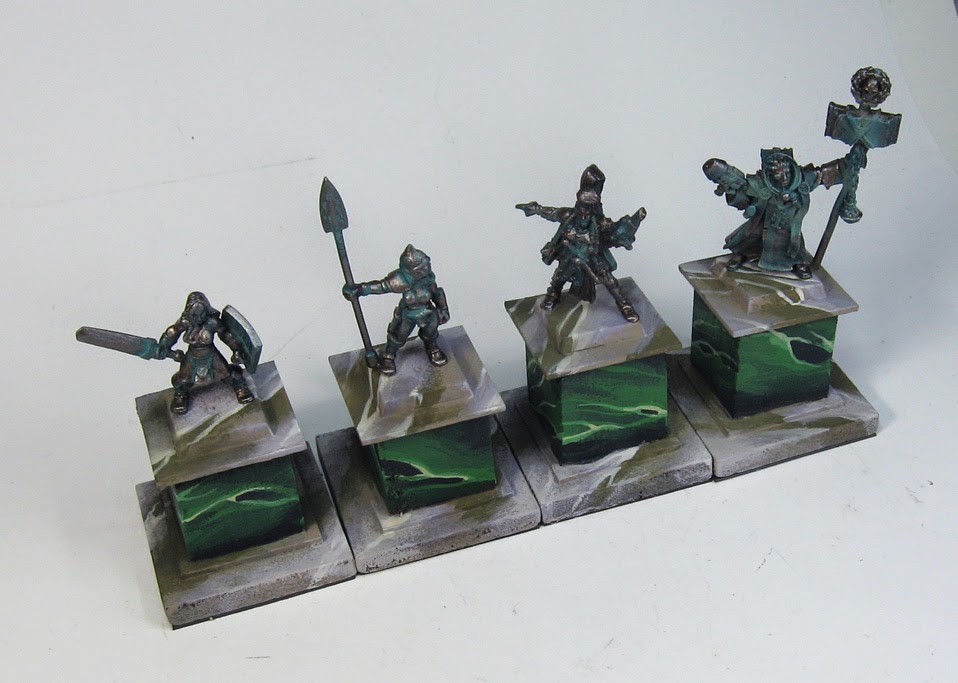 To turn the tide against repeated Ork invasions, the Inquisition had sent troops disguised as locals.  Eventually, more modern weaponry was required, and the Inquisition revealed itself to a select few. 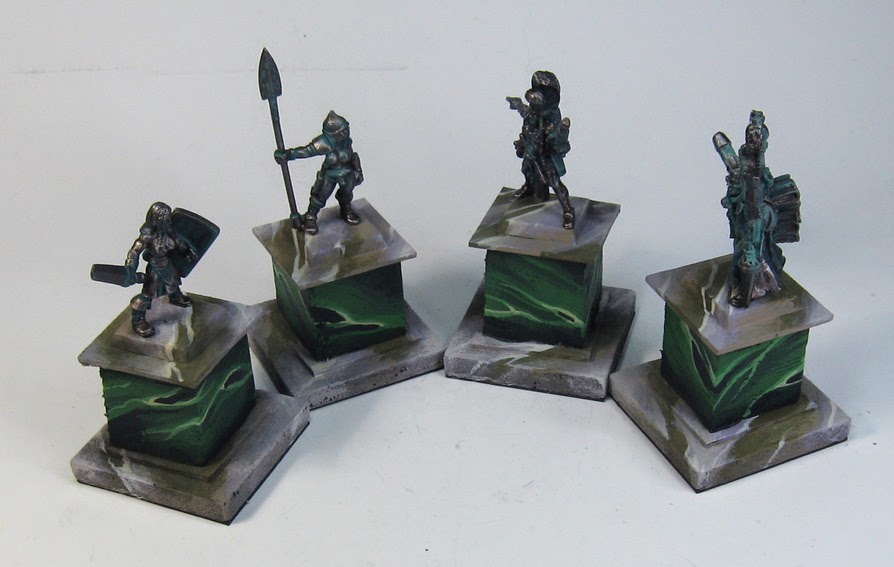 These were trained in the ways of more technologically based warfare, with increasingly improved weaponry and firepower. 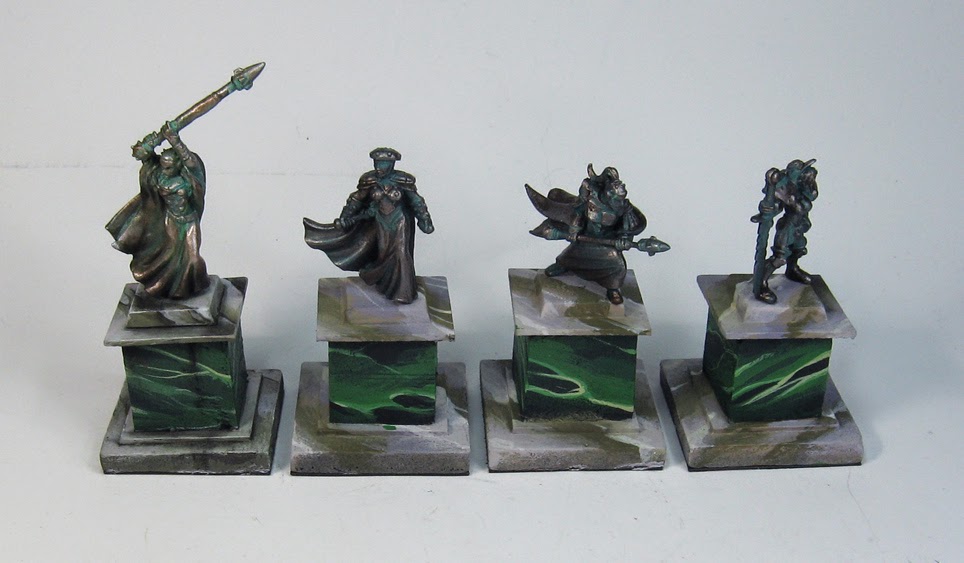 I used a variety of minis... some Celtos for the most ancient versions, followed by some Dark Age and even Excalibur figures. 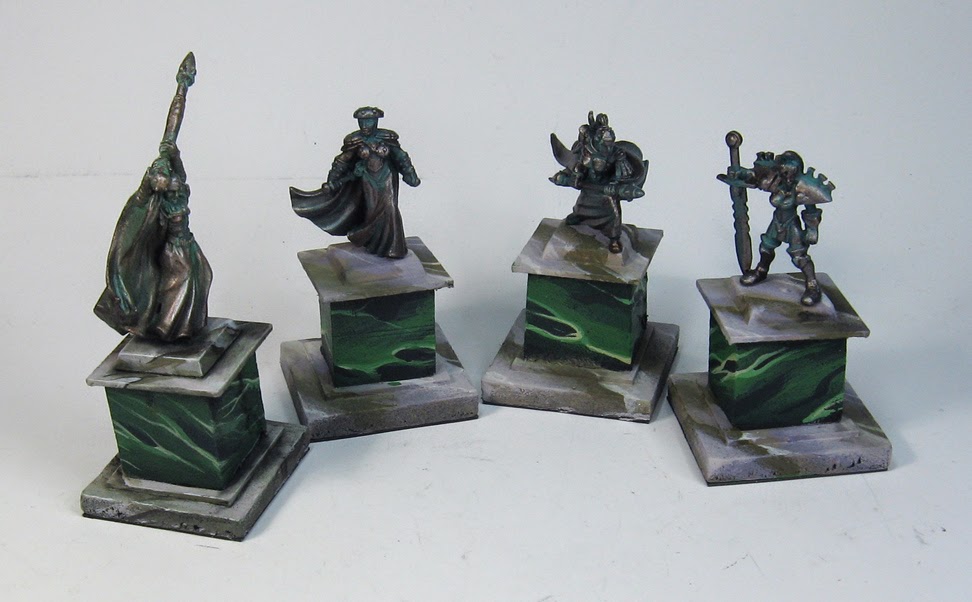 For the final evolution, I chose a Necromunda figure.  Clan Escher, I believe. 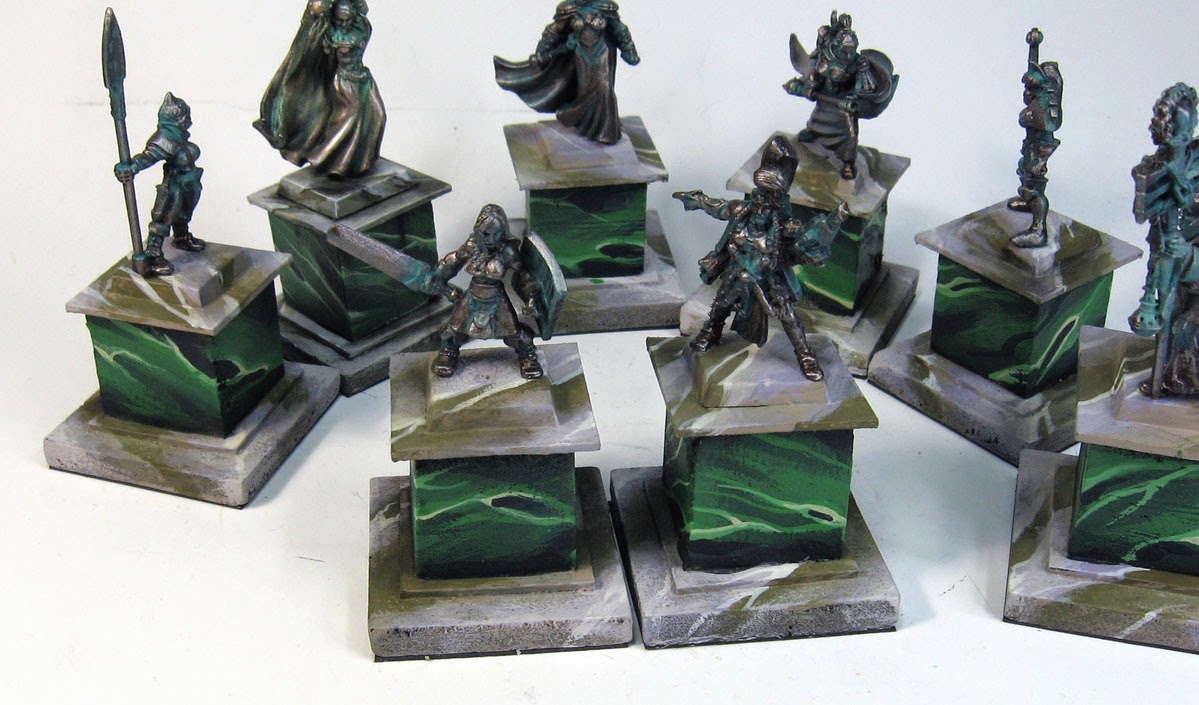 All in all, they made very fun objective markers, and helped to tell the story of the army.  I never did have time to write up a full history.  Hopefully some day! 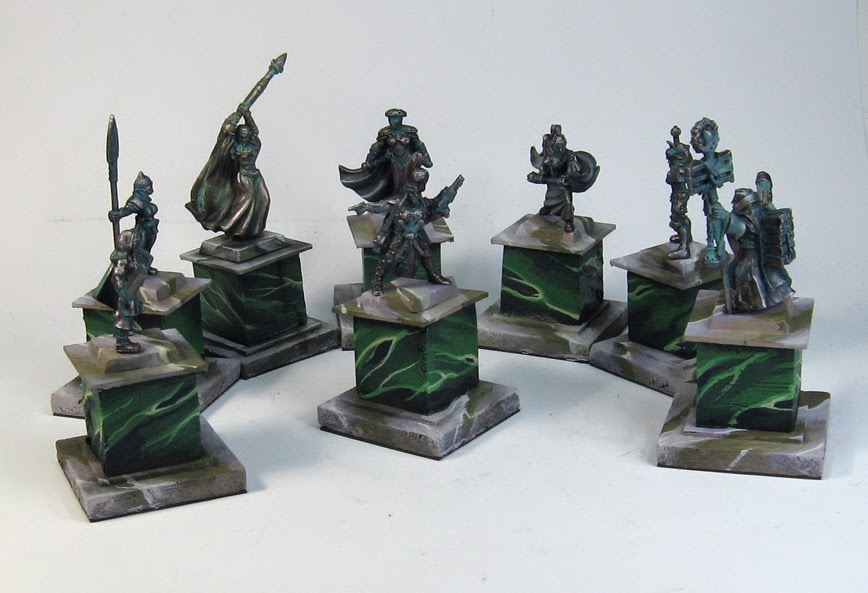 Since there was not enough time to paint all the murals inside the cathedral as I originally intended, this was the next best thing. 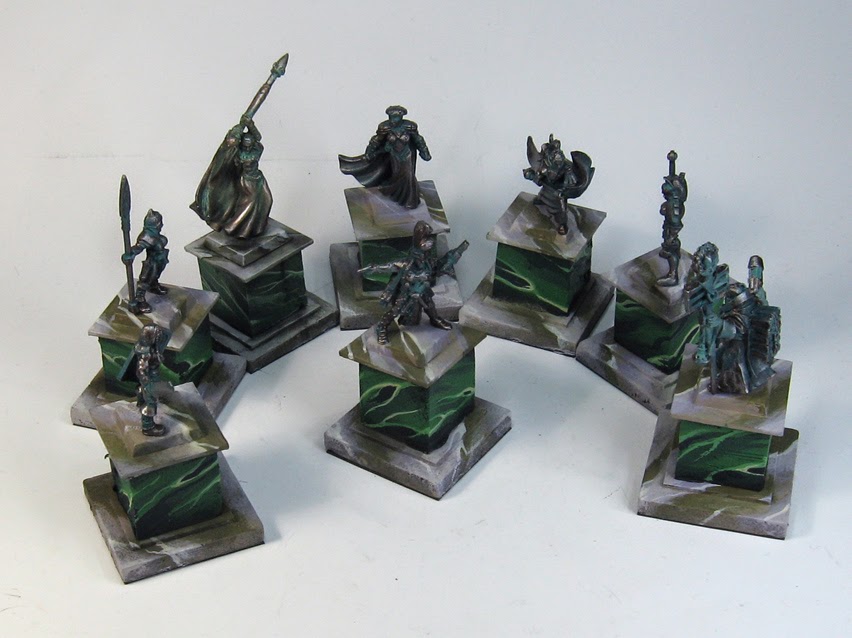 The pedestals were fairly simple, but the paint pulled out more details, and gave them a little more depth.  Once they were inside the Cathedral itself, they were just fine.

It was important that they match the columns and other interior details.  They were also magnetized, which meant I could simply keep them with the board, instead of constantly packing and unpacking them! 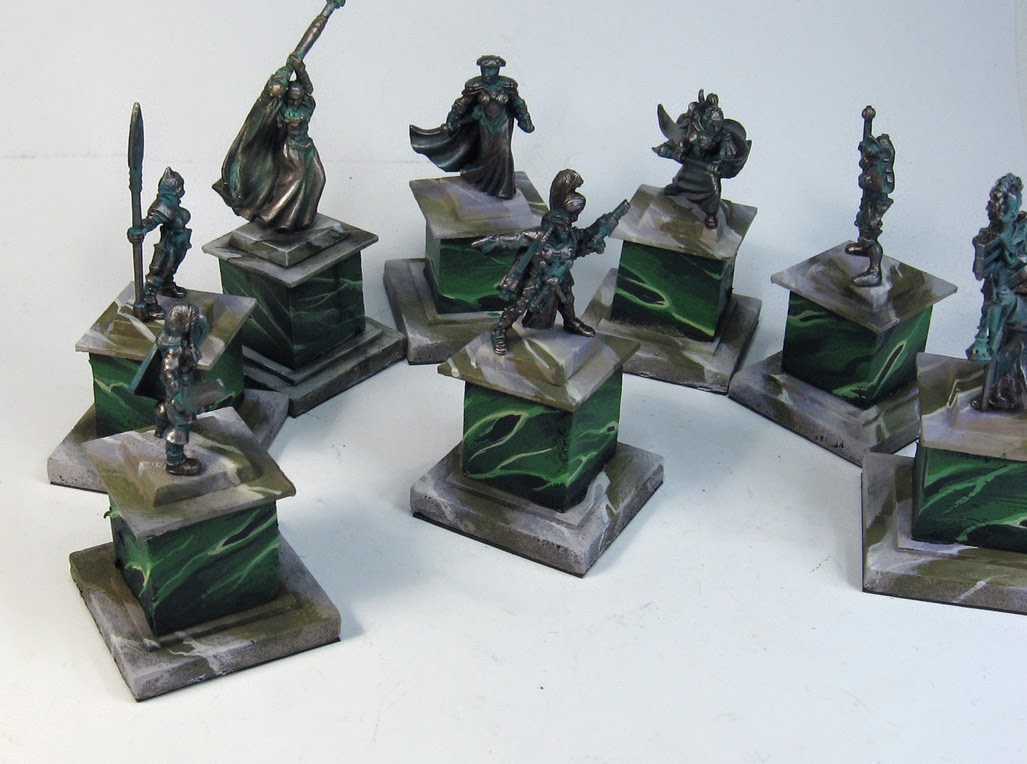