Honored Dead for the Kukulkani 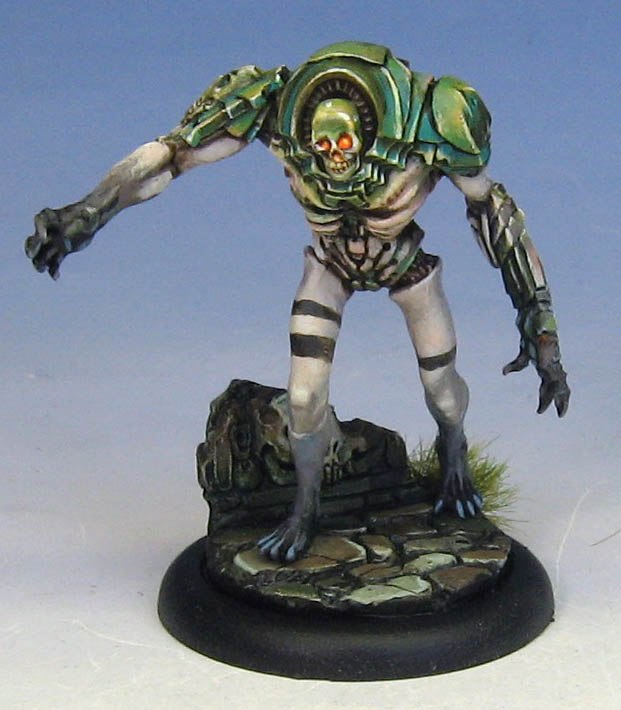 Here are the rest of the minis from the Kukulkani starter set. 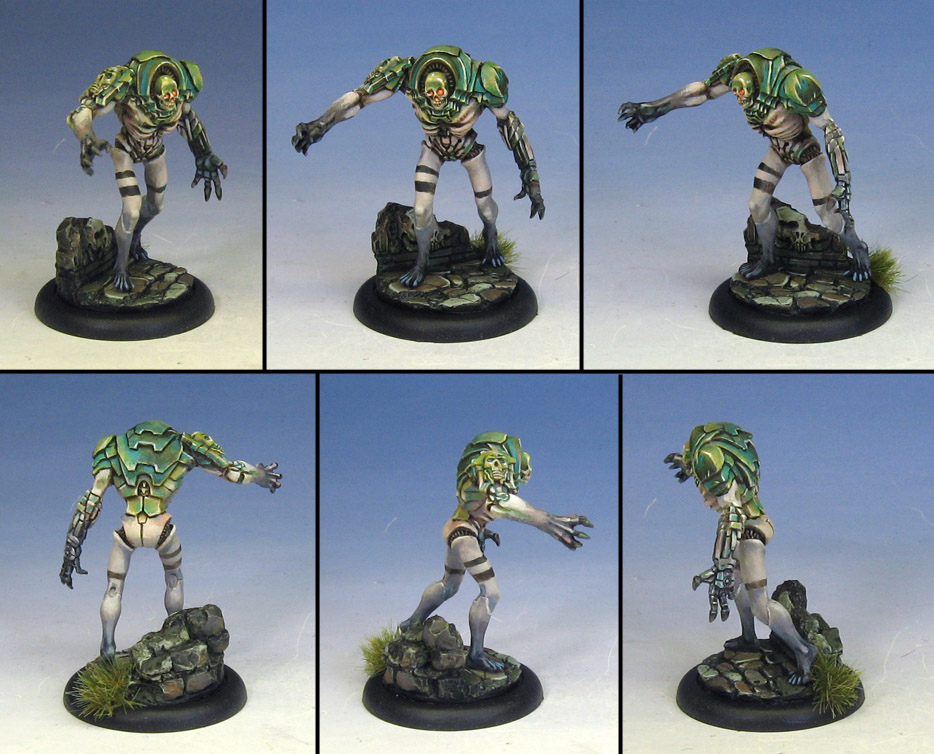 You can read all the fluff on them in the previous post on this starter box., which is now in the Coolminiornot shop 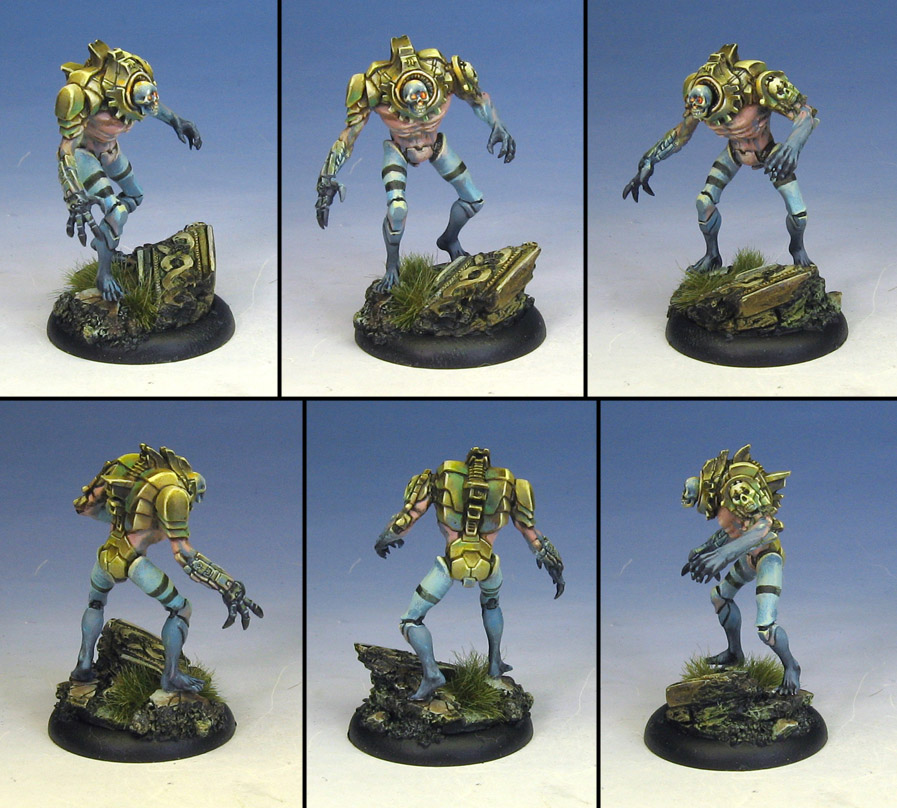 This faction has allowed me to do some interesting flesh tone colors. :-) 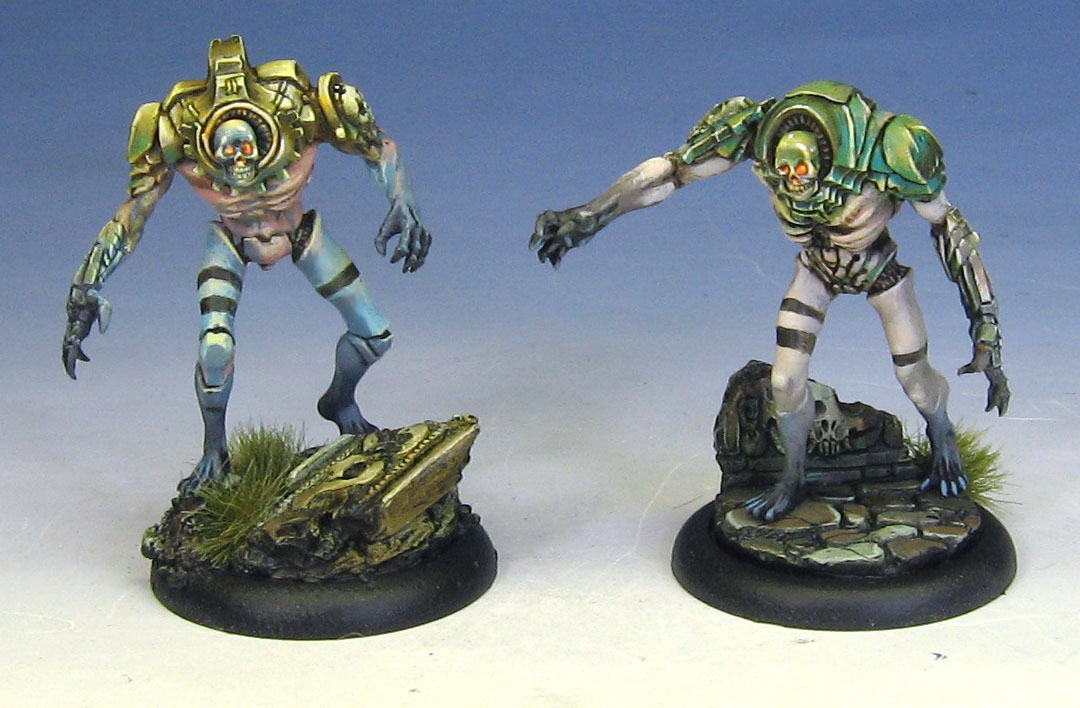 There is a wide variety in colors from one flesh color to the next.  All of the war priests seem to have the blueish coloration of the warrior in the right corner of this image. 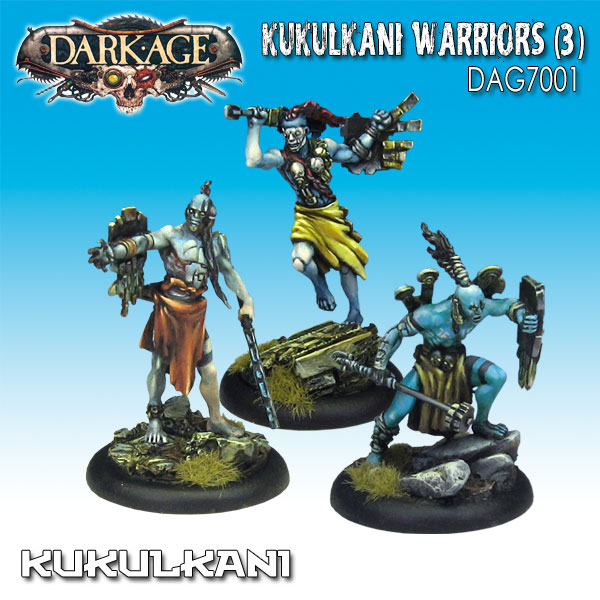 That was fun to try out some new color schemes!

More than a snow fort: Part 1 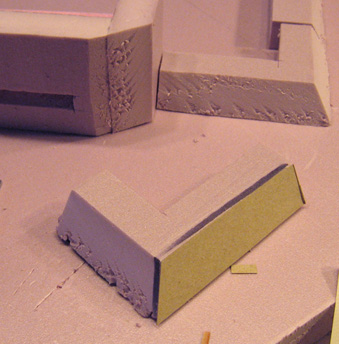 On a day where 6-10 inches of the super heavy (and ideal fort building) snow is falling, it's time to show some pictures of a 40k fortification I have been working on.

The idea is that this would be modular, so that it could be placed on the table several different ways.

I began by cutting out some pieces of 1 inch pink foam, as this would be just about high enough to cover most of a typical space marine.

The multi level pillbox was relatively easy to create with a few key beveled edges to reflect the design of the walls. 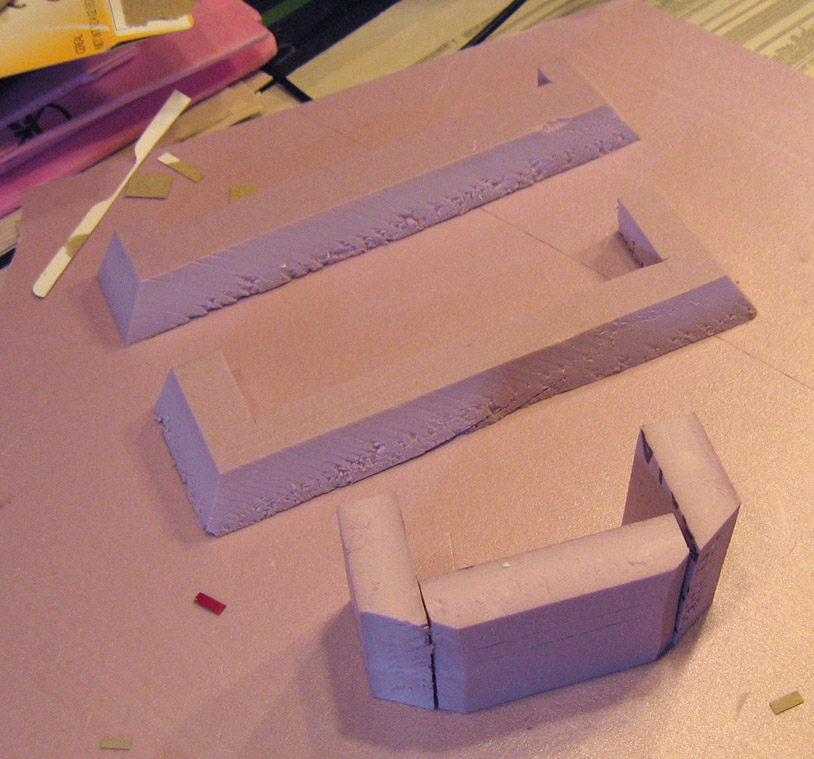 I cut the longer pieces in half so that each piece could be placed around the pillbox and the gate (which you will see in the next post. 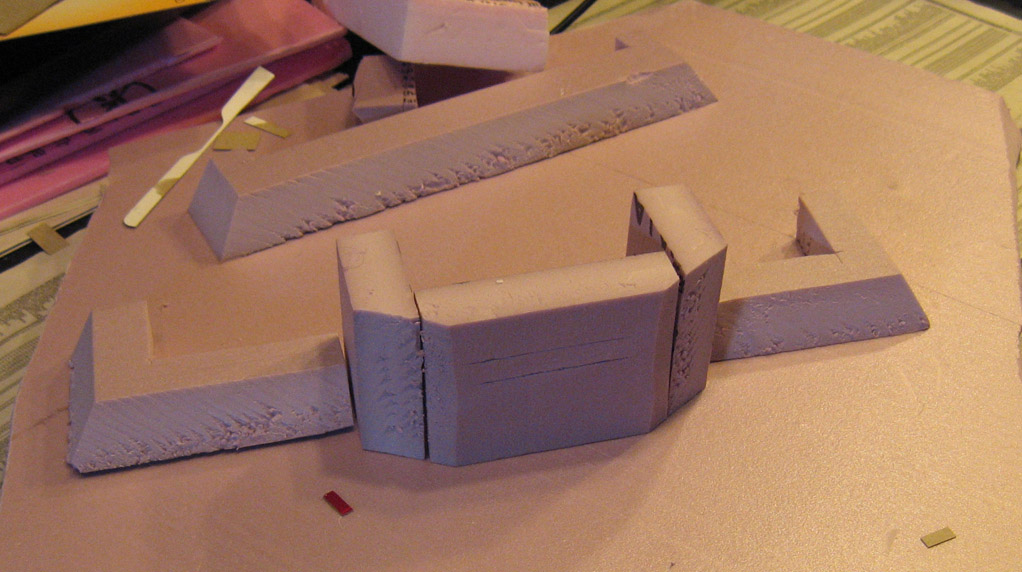 I carefully cut out the opening for the pillbox on the lower end, and made a platform on the top which would also be just tall enough to cover most of a space marine. 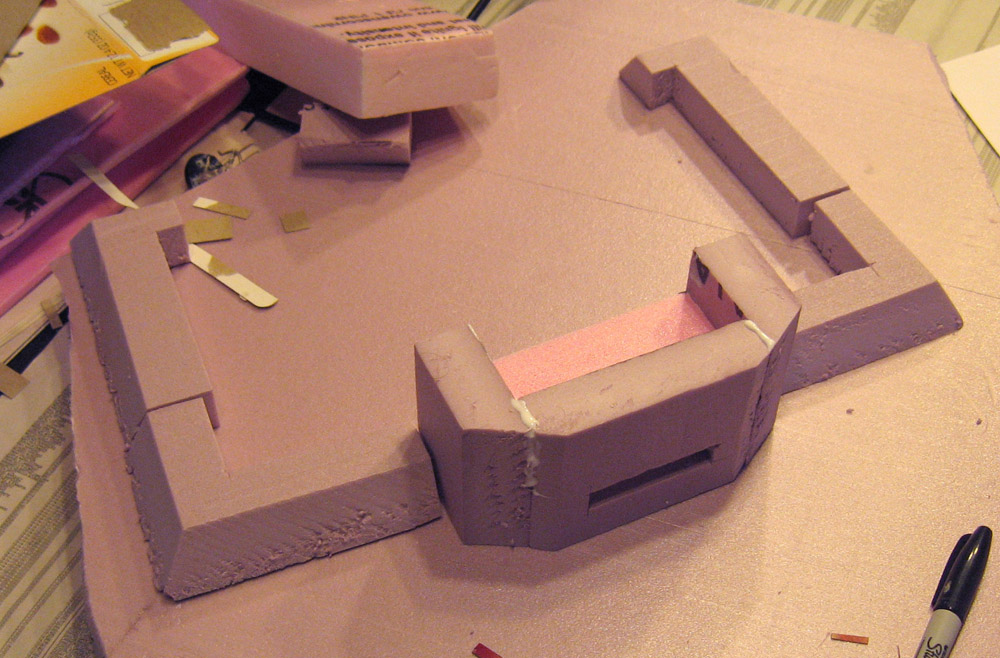 Here you can get and idea of how the various pieces will be fitting together.  Since the angled cuts almost always leave a rough edge, I had to use something to cover that.

So, I used some of those cereal boxes to make some nice flat pieces to cover the rough areas.  Note: once those are glued on, you will want to use some painter's tape to hold down the edges as the glue dries.  The paper will want to curl as the moisture evaporates. 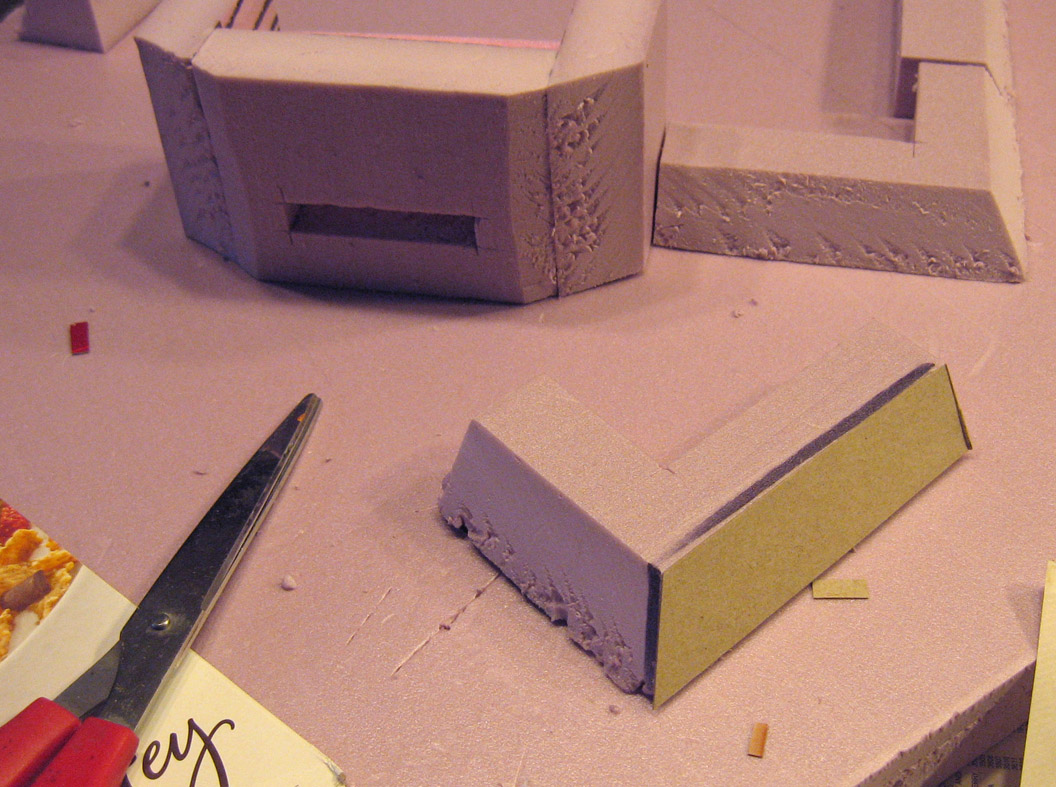 I cut out a piece of deck plating for the platform on the pillbox. 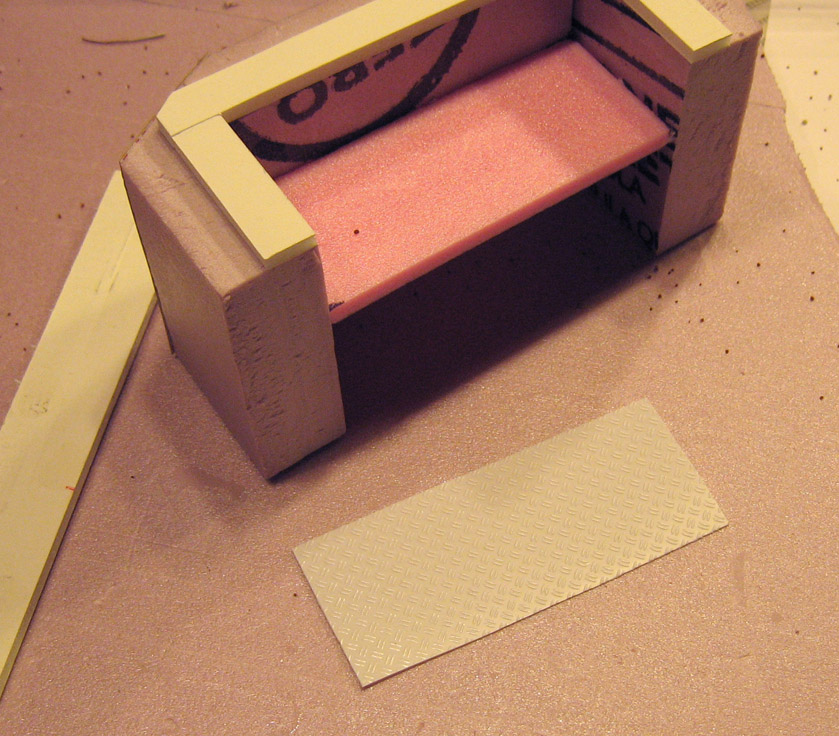 A strip of foam core was placed on top to complete the height of the pillbox. 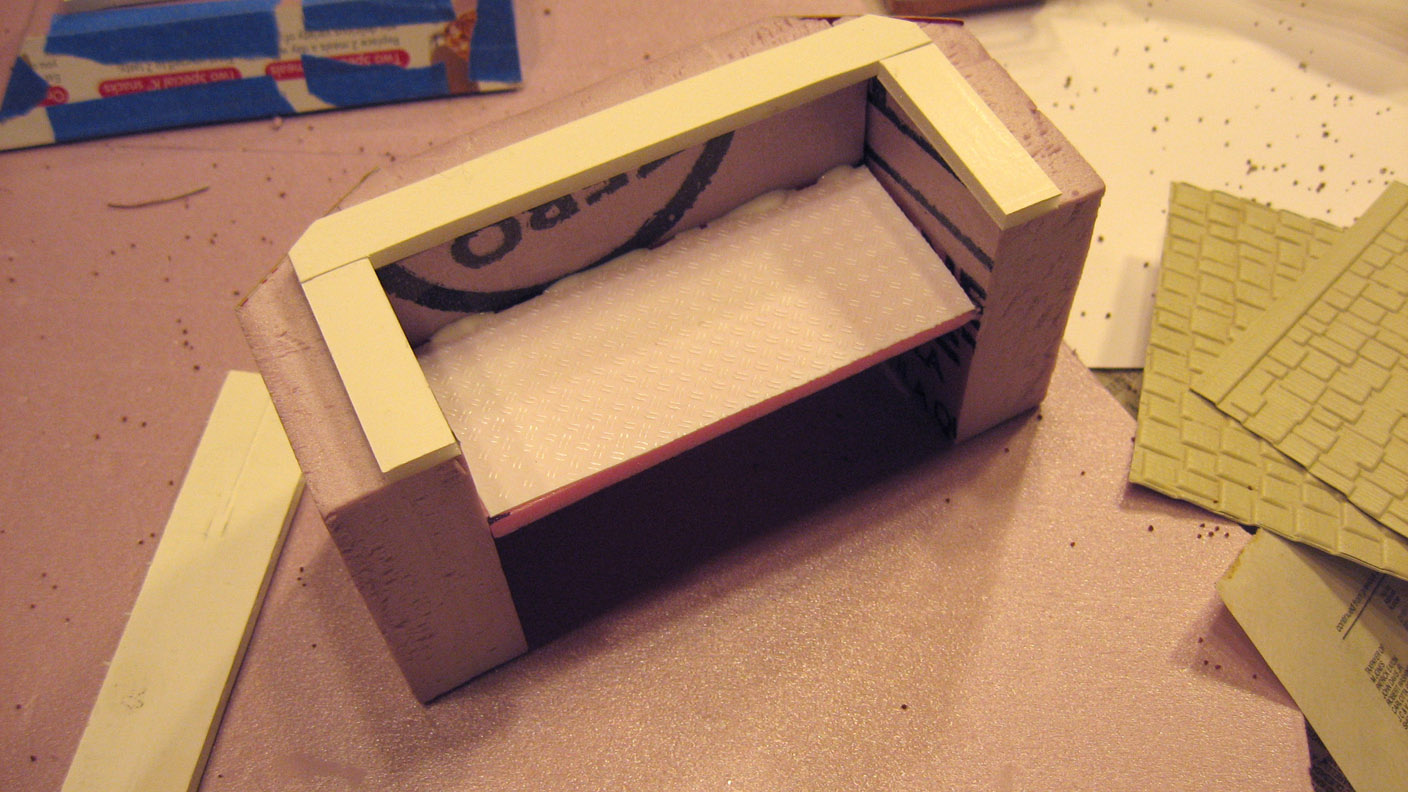 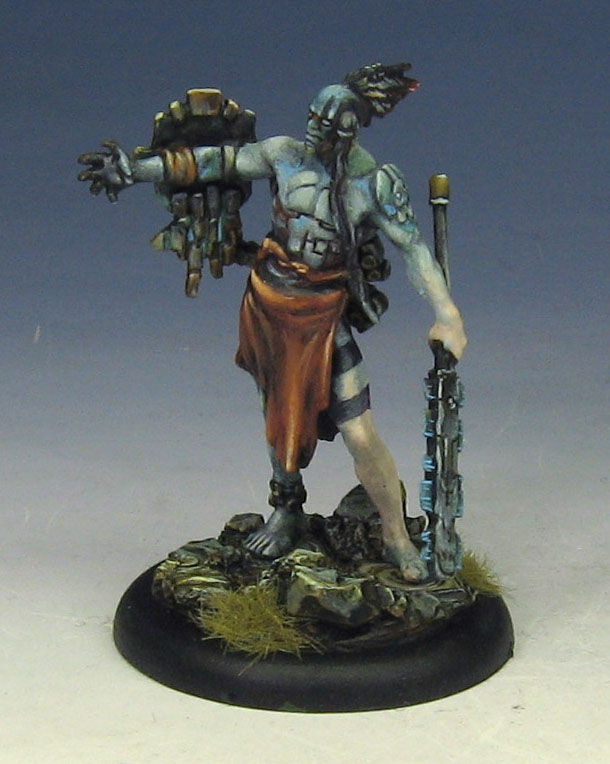 Here are a few miniatures in the new set released by Dark Age.  This is the Kukulkani faction.

Millennia ago the ancient Mayans of Terra where chosen by their god and master, the winged serpent Kukulkan, to be elevated above the lowly tribes of the world. Their master, in reality a member of the powerful and technologically advanced Coatl race, lifted his willing servants up and has, over millenia, shaped them into a race of bio-enhanced warriors and zealous priests, eager to gain his blessing by slaying all those who would oppose his will. 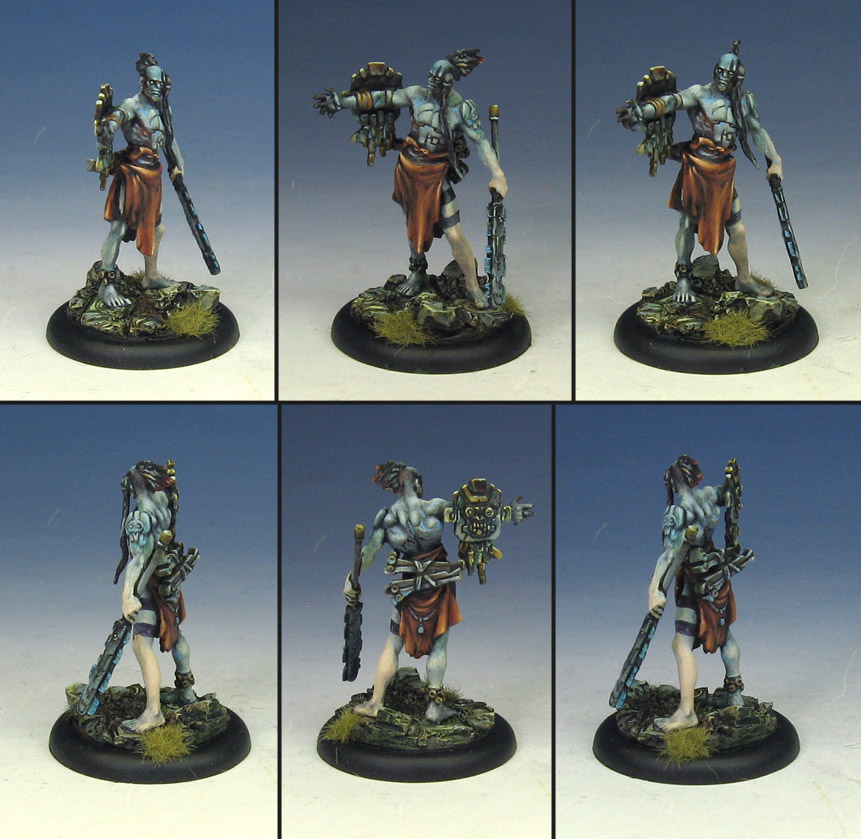 Now Kukulkan has set his sights on Samaria, following mysterious energy reading mimicking the Coatl's own entropic power sources only to find their holy technologies bastardized by the lifeless machines of the CORE. This blasphemous act, coupled with an ancient grudge against the Alteghrans, the forebears of the Dragyri, have unleashed the full might of the Kukulkani upon all of Samaria.Woe to the enemies of Kukulkan, may all tremble and despair! 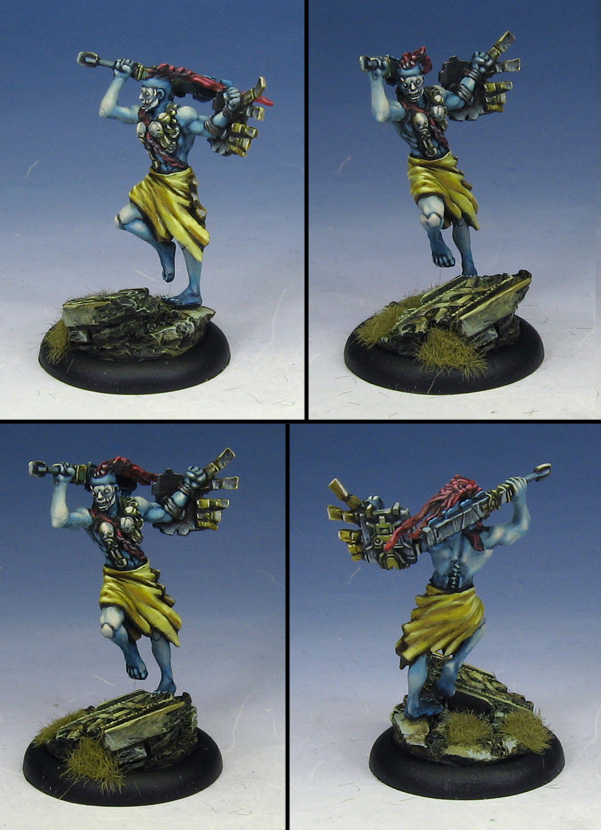 These are the Warrior figures available in the starter set. 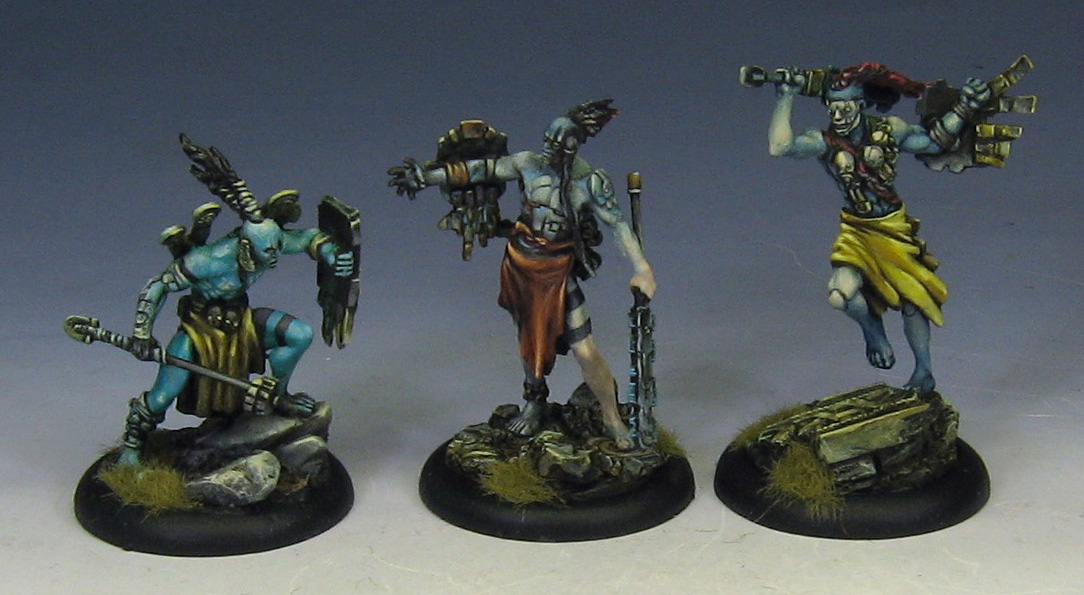 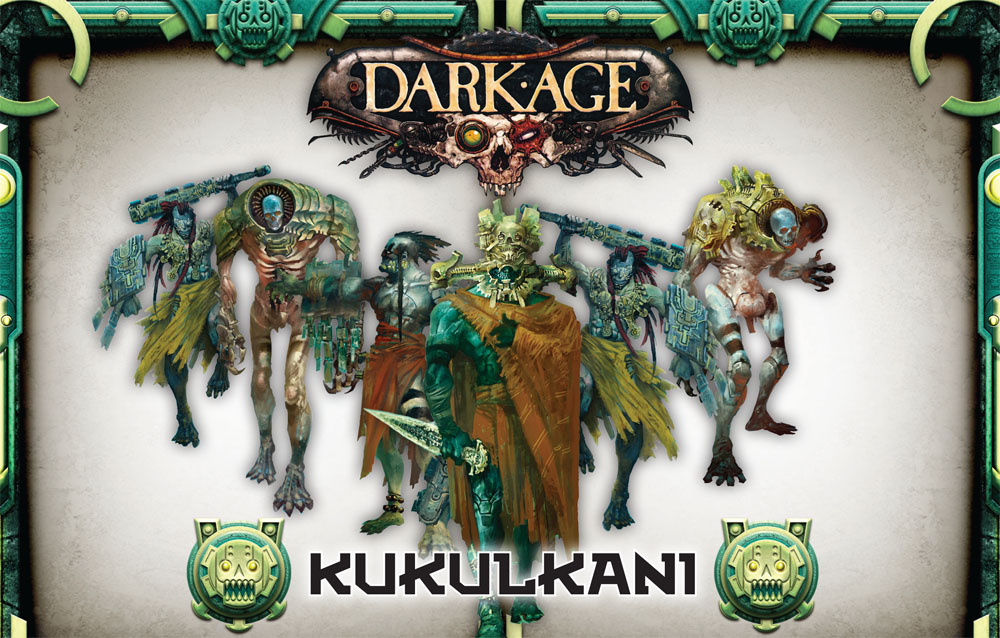 Posted by wappellious at 4:34 AM No comments: