Painting your Rivet Warrior: A step by step 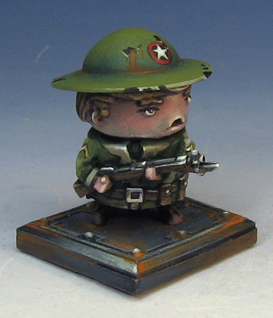 Here is a little 'how to' on painting one of your Ally Rivet Wars miniatures.  I started out with the usual prep work, and got them on pins... 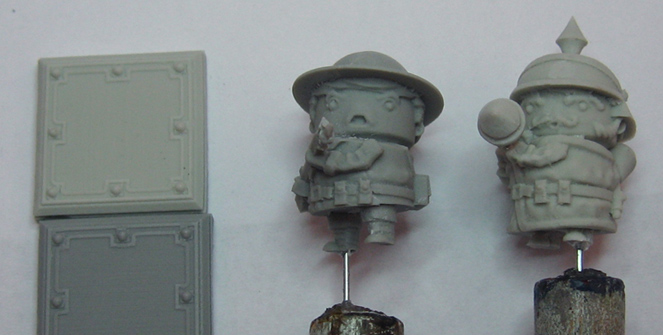 I want to emphasize that I tried to use as limited a palette as possible to paint this, so that it was a little easier to absorb the information!

It was then primed with Vallejo Nato Green primer.  My first layer of paint was Reaper Field Grey, but a typical olive green could be used instead. 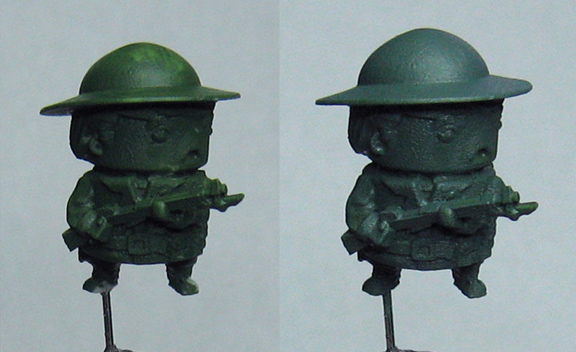 These images show the figure as I mixed in some Reaper tan, little by little.  I was using a #4 flat acrylic brush, by the way, with relatively dry paint.

I did't want to focus in on just the uniform, so it was time to work on the face.  I took some Vallejo brown rose and mixed that with a bit of the lighter field grey/tan mixture, so there would be more color consistency. With each layer (still working with that flat brush, by the way), I introduced more of the rose.

I used some dark brown for the hair, and then added some Vallejo parasite brown.  The lights were created by adding some of the reaper tan.  I added some lights to the face by mixing in some pale flesh with the brown rose.  The leather items, such as belts and cartridge cases, remained the darker brown.

Once all the areas have at least gotten a few layers of colors, I start to work in the final highlights.  This is done on the helmet, the arms (shoulders), the face and the hair.  Some lighter colors are added to the leather surfaces by mixing in some tan with the dark brown.

Here's a closer view on the highlights, and a bit of the gun.  I mixed Vallejo intermediate blue with highlight USMC. 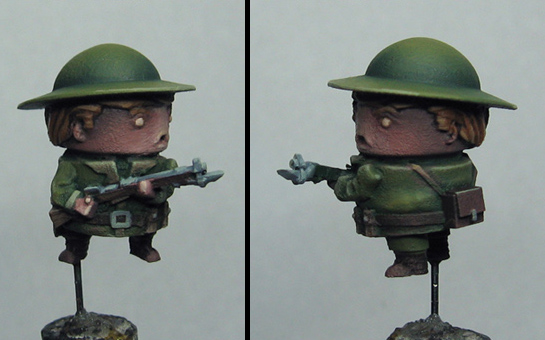 Now for the most important part.  The eyes!  I tried to make sure that the areas around the eyes were somewhat darker, so that they would stand out.  These faces are tricky, for obvious reasons.  You are trying to superimpose one shape onto a completely unrelated shape, so you have to 'fudge' things a bit.

Once the whites of the eyes were placed, I put in the iris, and then painted the upper eyelid.  I mixed a little of the dark eyelid color with the brown rose, and shaded under the eyes.  I then highlighted the iris with a dot of white

The eyes are big enough to put color in the iris if you wish, and even paint in a pupil if you want!  However, this image is about the little insignia, and the rust effects.

I took a brown/blue mix and painted a few paint chips around the edges of the helmet, as well as the top.  The 'bottom' of these paint chips are highlighted with a tiny bit of tan, while the 'upper' edge is shaded with black.  I painted some rust streaks using that Vallejo Parasite brown.

Here's the base.  Basic grey with a blue/black shading wash.  The rust was done the same way as the helmet.

I will be filming the painting of one of these as yet another test video for my painting kickstarter... go check it out!
http://www.kickstarter.com/projects/891905985/discover-the-painting-pyramid-with-james-wappel

Some terrain building at the Dragon Shoppe... 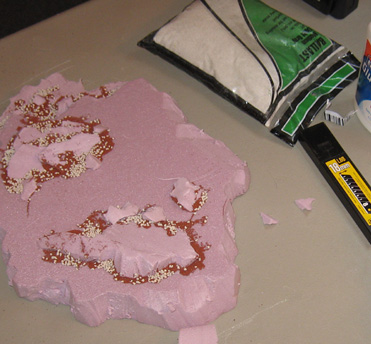 Kevin at the Wondering Dragon Shoppe had been asking if we could make some new hills for the game boards he was building for their Warmachine/Hordes gamers.  These would be very similar to the ones you saw featured here over the late summer.

Rich and I took the opportunity to do some test filming.  We knew it was going to be very noisy, but that was not really the point. This was going to be the only type of "how to" video which could not be filmed by a static camera on a tripod, so why not take advantage of the live camera man to get better angles! 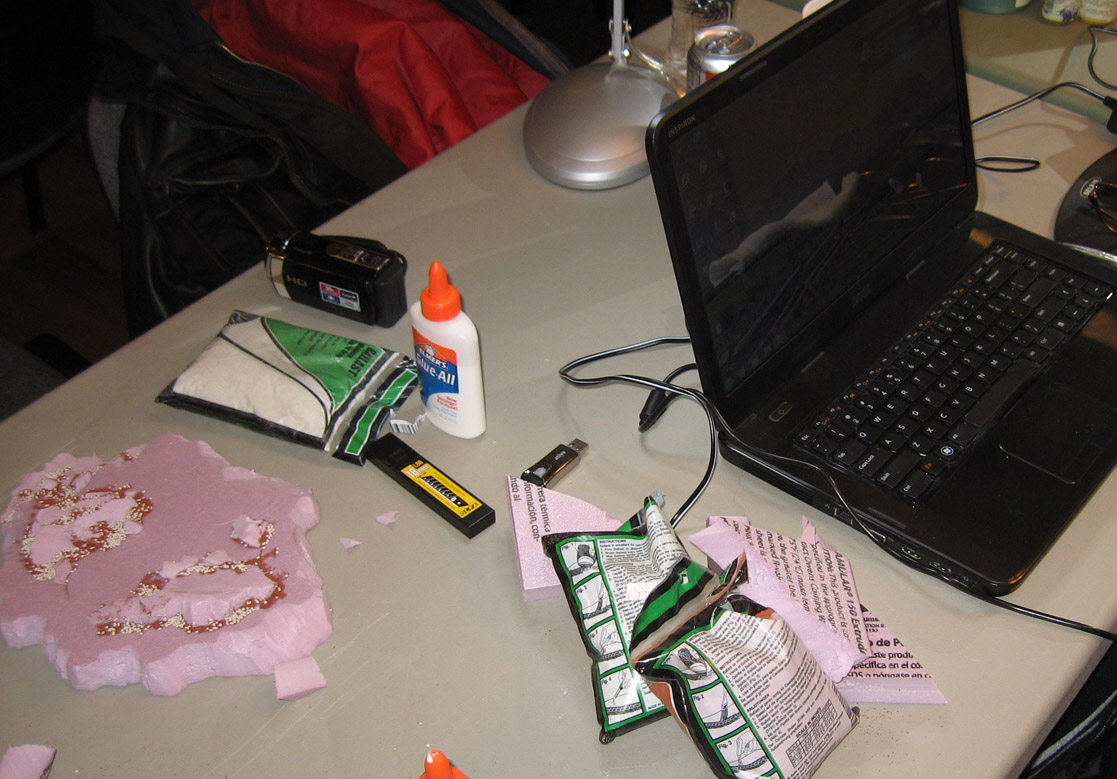 Kevin already had several sheets of foam waiting for us.  These were the 1 inch variety, which caused a slight change in plans.  As it turns out, it was very good, because the foam was easier to cut, and therefore easier to film! 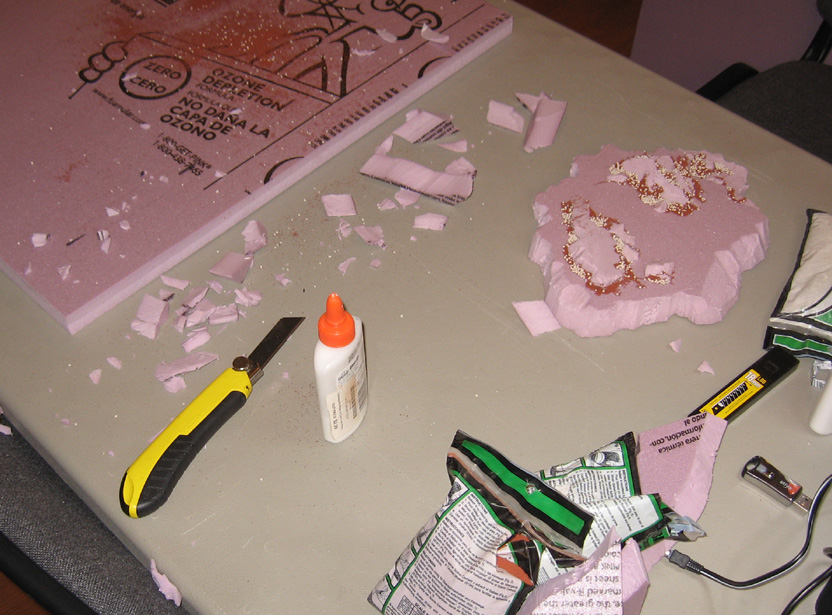 Here's a few pictures of me getting rocks and sand scattered all over Kevin's store :-) 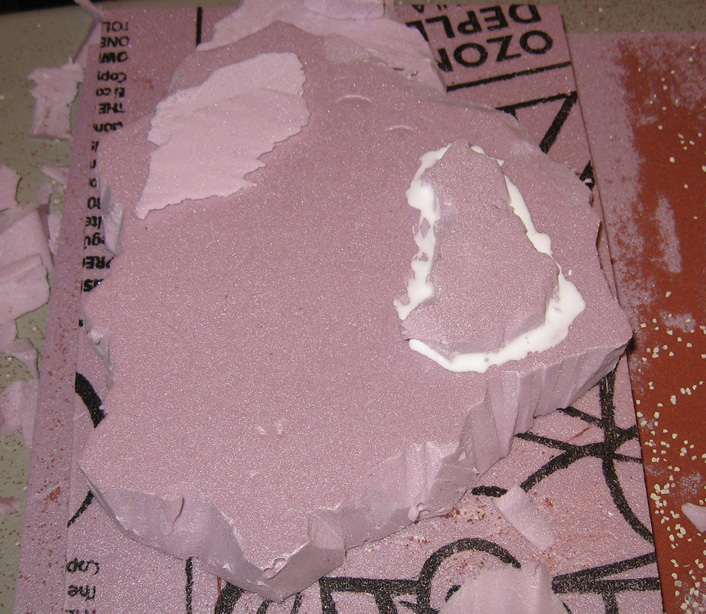 I also made him a few obelisks, which I hope to finish off with Trollblood runes!

Of course, the first time I made one of these was for the Tomb Kings project!!

And here are the results of an evening of chopping, gluing and mayhem! 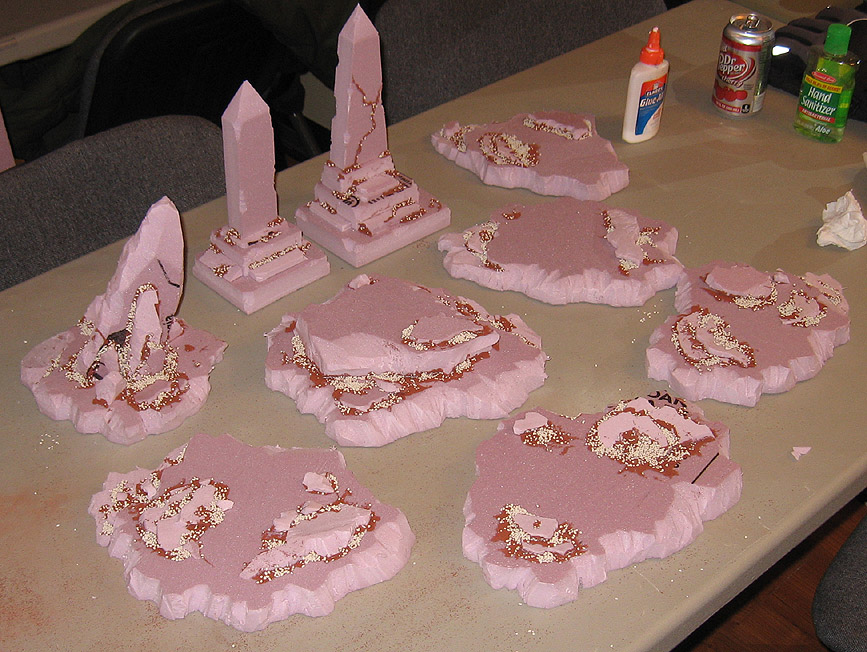 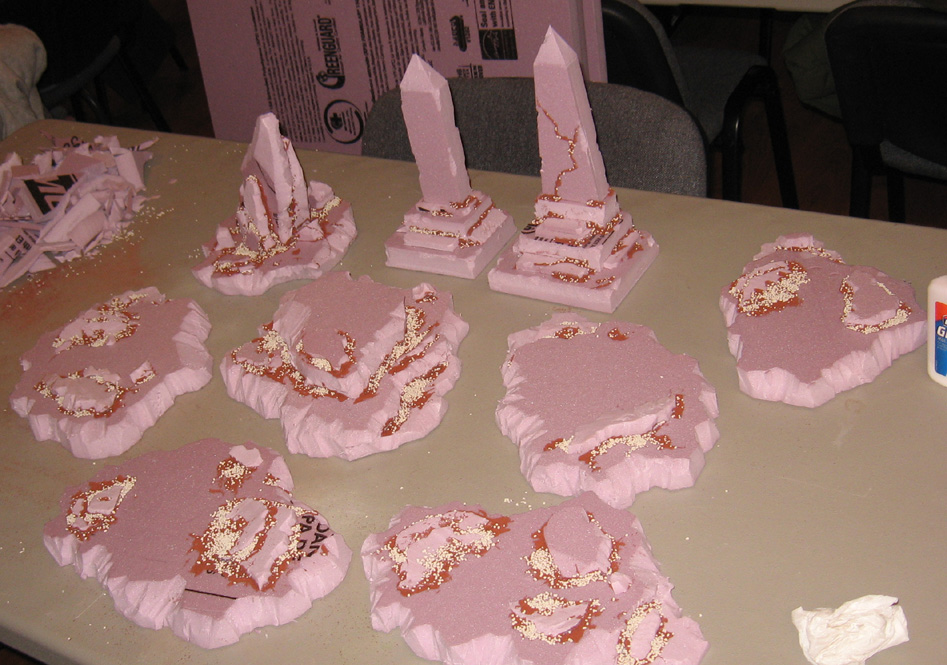 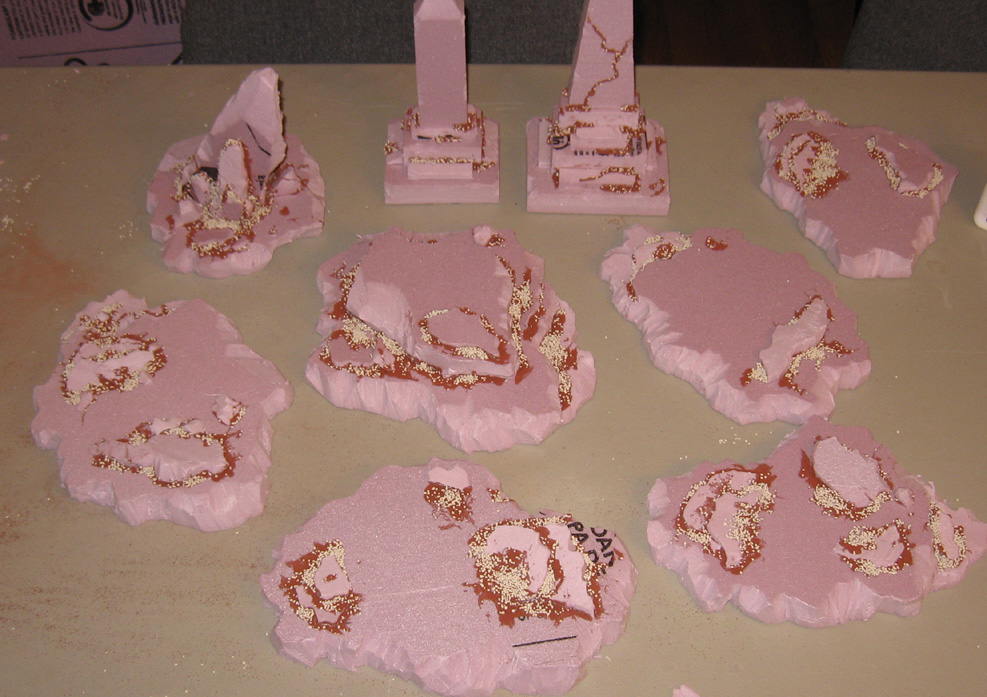 Posted by wappellious at 3:38 AM 6 comments: 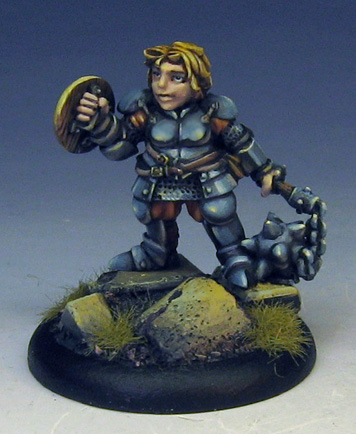 Tonight we have another fun Dwarf from the Stonehaven Kickstarter!  She is Kell Hammersong.
Despite her looks, Kell is as stubborn as any dwarf.  Drawing her line straight back to the first king of Stonehaven, Kell feels she is destined for greatness.

Kell is always eager to help, though her solutions are often ill-conceived and risky!

The base was provided by Dragonforge... 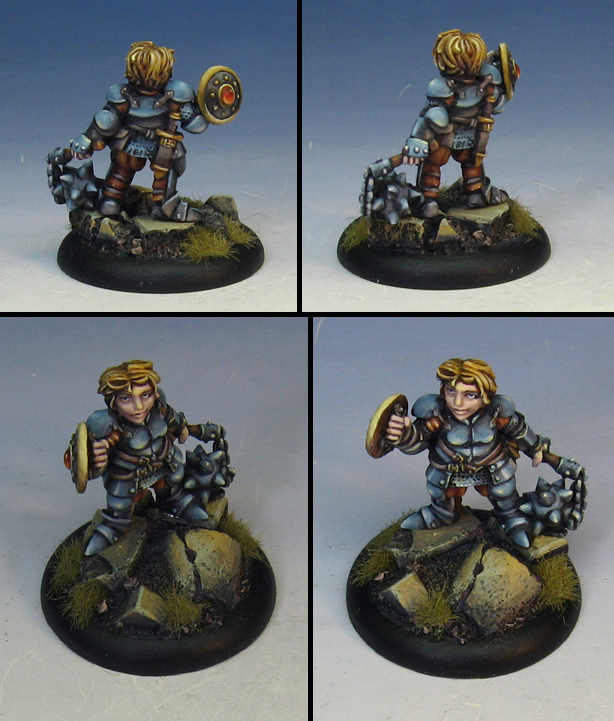