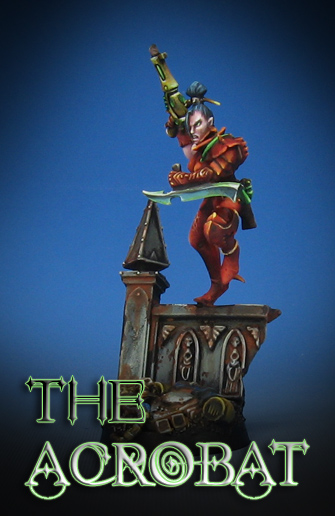 This very agile Dark Eldar figure was part of my 2013 tournament army at Adepticon . 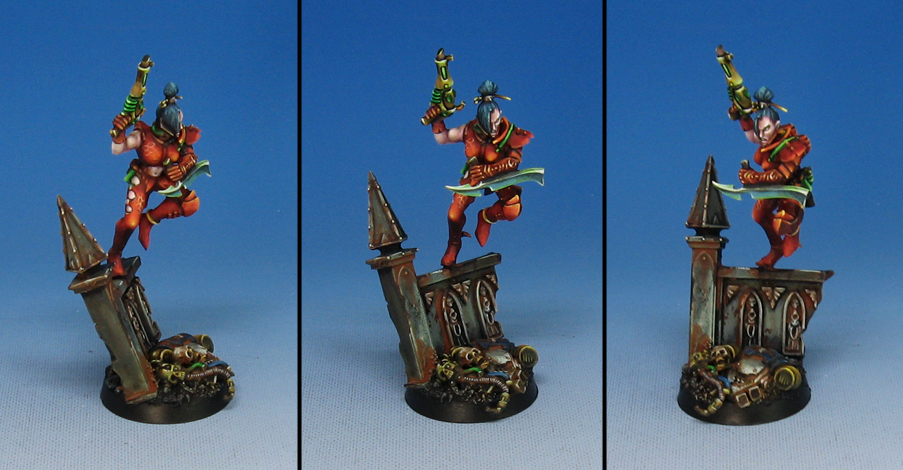 These bits of terrain were very handy... not just for the basing, but the display board as well. 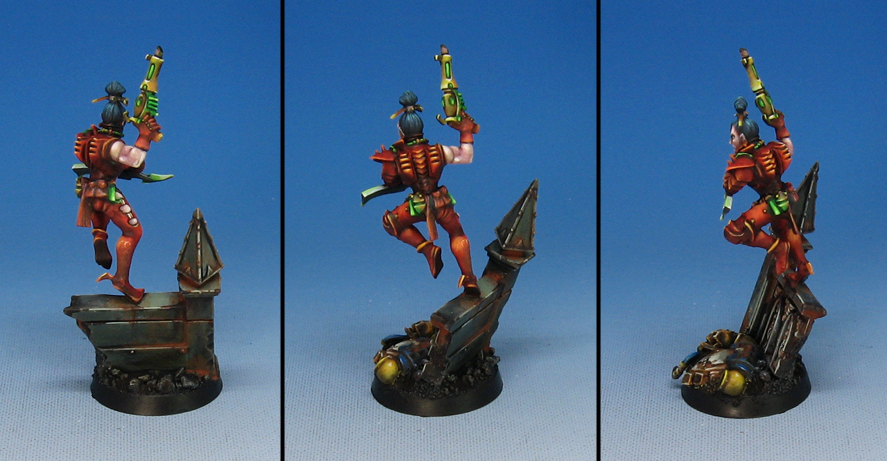 I had several of these leaping characters dancing around on higher bases such as this.

There was something irresistible about having a pose like this poised on top of the rubble of an Imperial city. 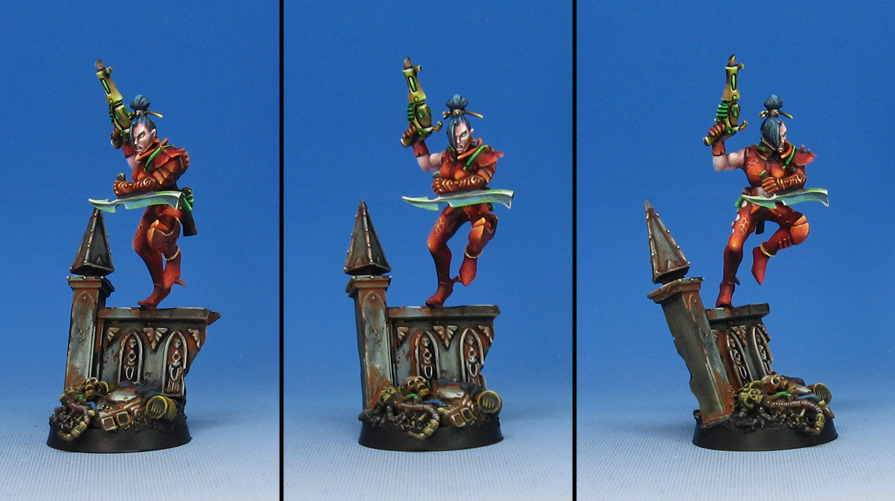