Getting your feet wet 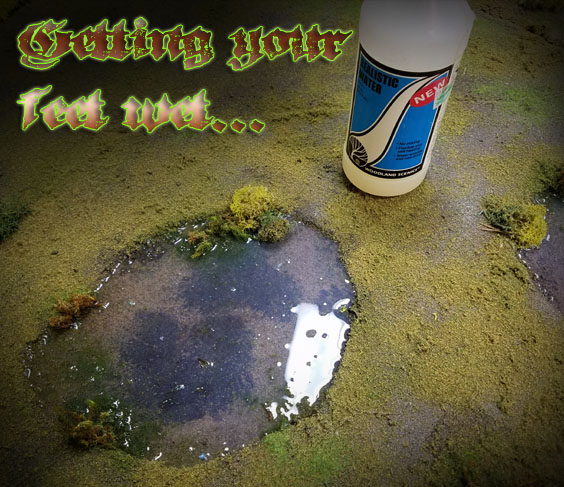 OK... one of the main points of this board was to experiment with several types of water, and see if they would fit within those time constraints that I keep talking about!

If you have not seen the two previous articles that showed the board under construction, I will put in some links later in the post.  I wanted to have some splashing water, especially up against natural obstacles, such as this point where several rocks and logs had piled up. 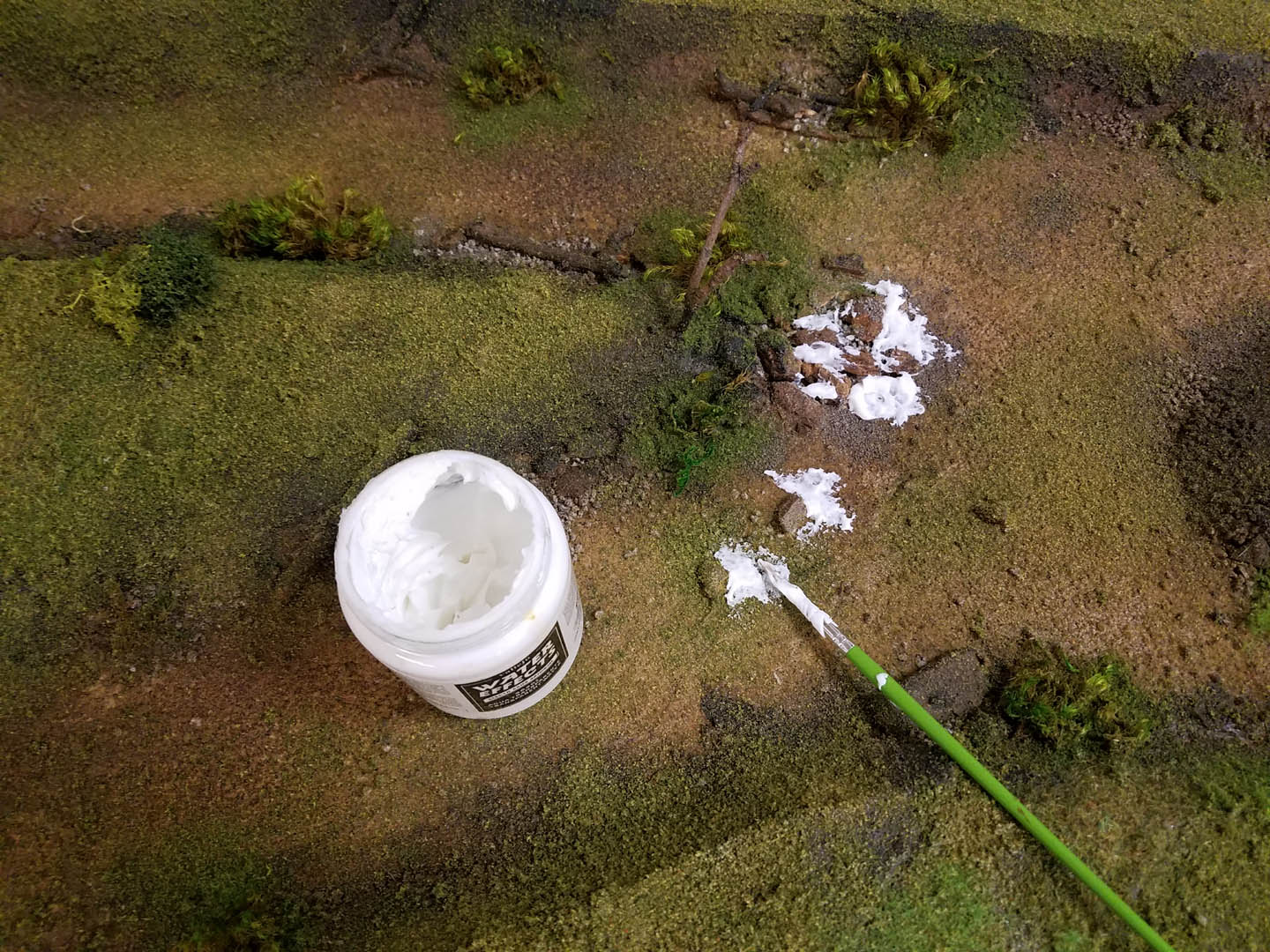 I had some Vallejo water effects left over, which works well for this task.  However, I have discovered that the Liquitex Heavy Glass Gel works even better, and costs a bit less! 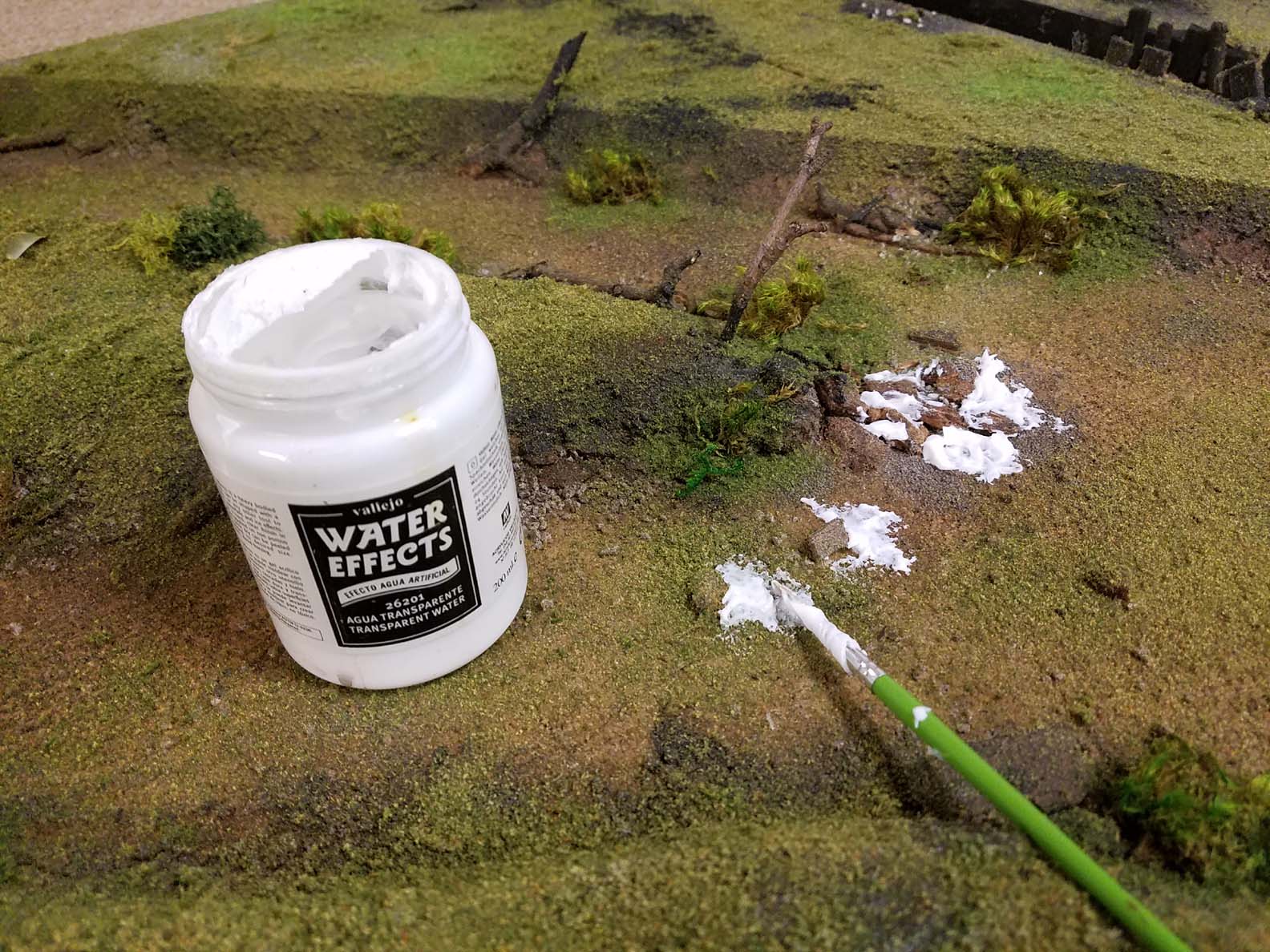 This material is applied wherever I want those splashing waves to appear, with the knowledge that I will probably be doing a few additional layers on top after this dries.  Depending on humidity and other factors, it can take a few days for it to completely dry.

You can tint this is you like, using a variety of transparent colors.  Secret Weapon washes, as well as the Badger Airbrush Ghost tints work great, as they are very transparent, and somewhat glossy. 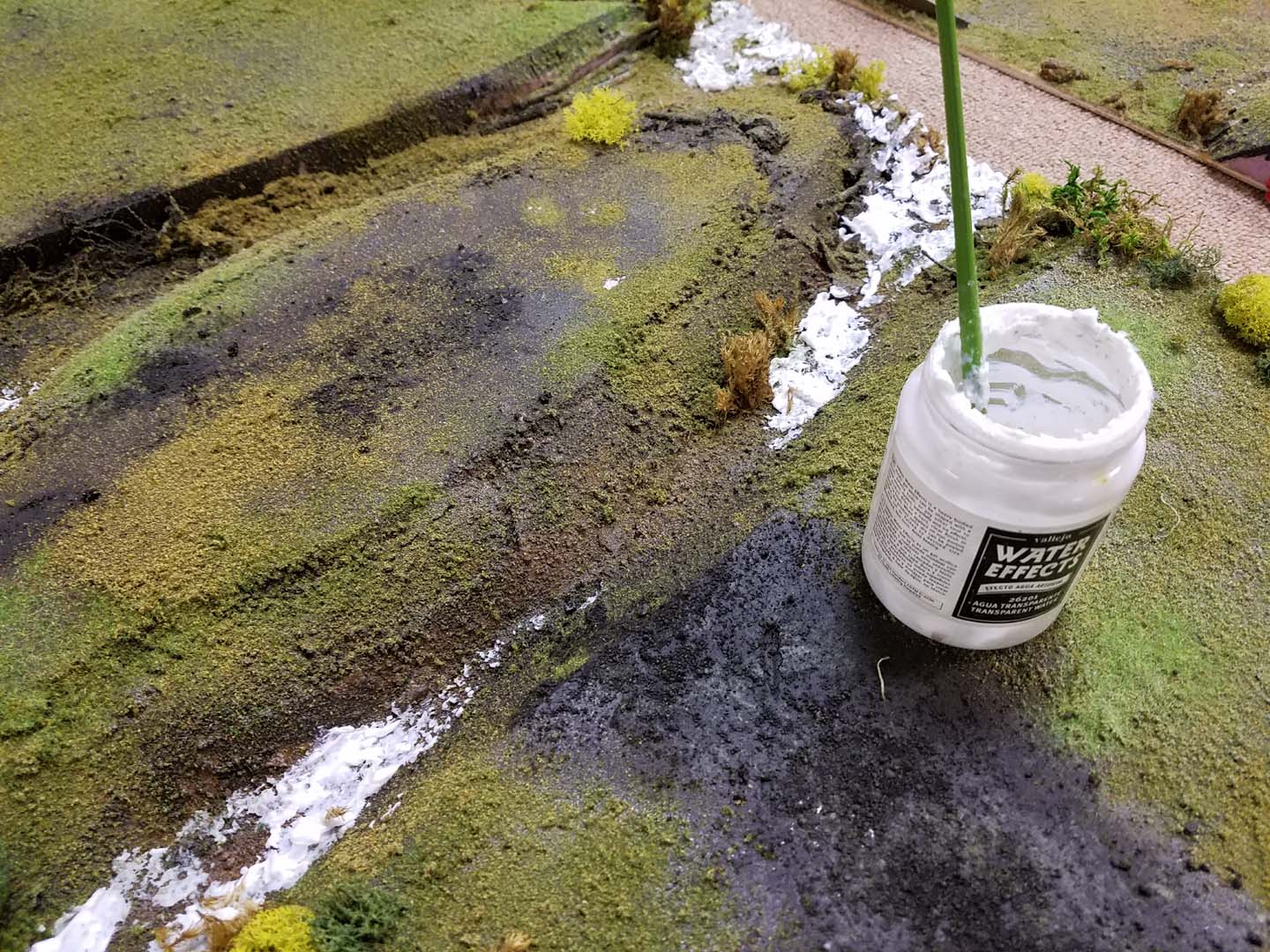 We worked our way around the board, conserving on the water effects to make sure I could at least have one layer in places before I had to use my more current heavy gel material. 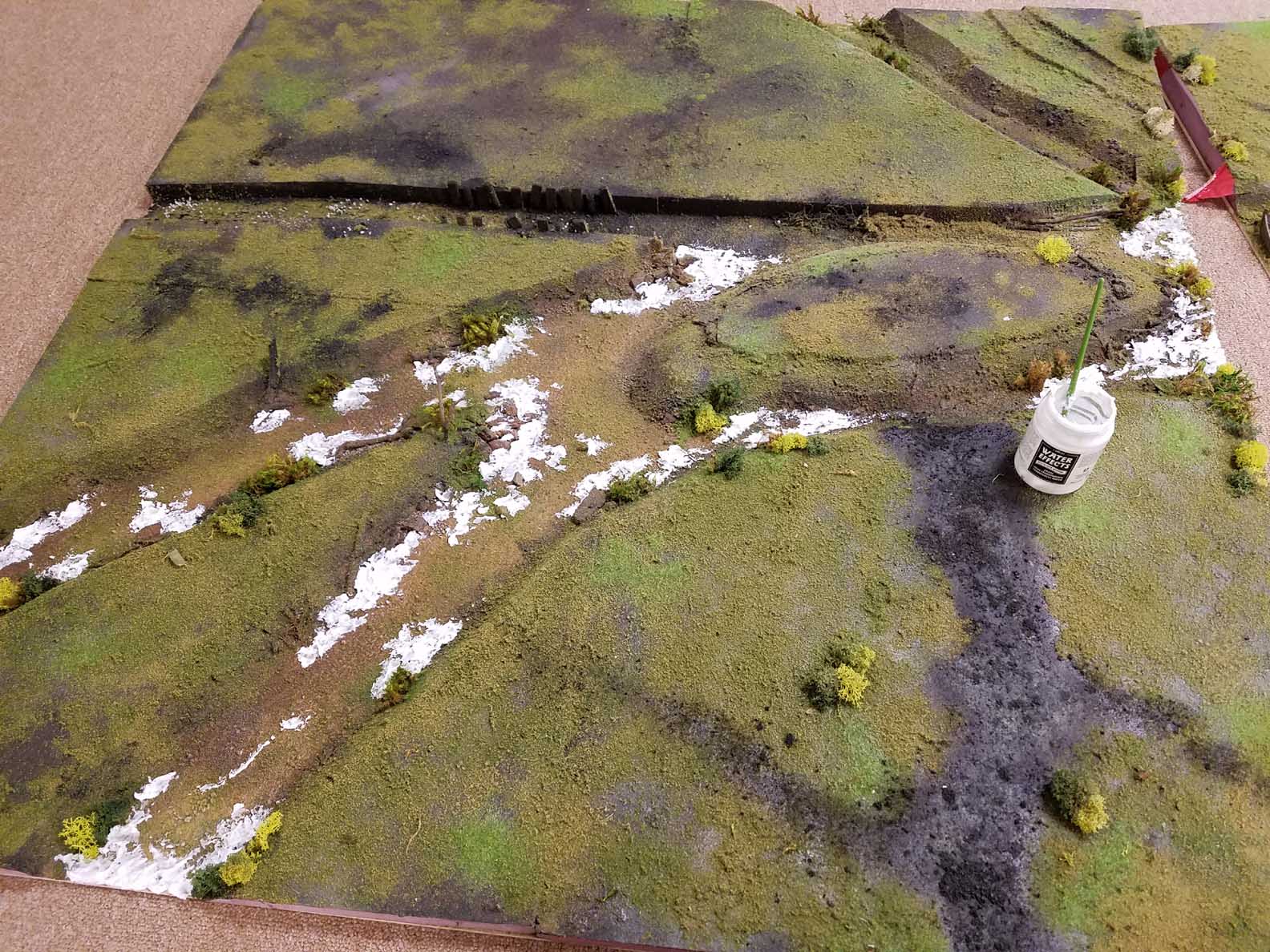 While I would have liked to let this dry before applying the Woodland Scenics effects, time was not on my side.  I would have to go ahead and make some pours and hope for the best! 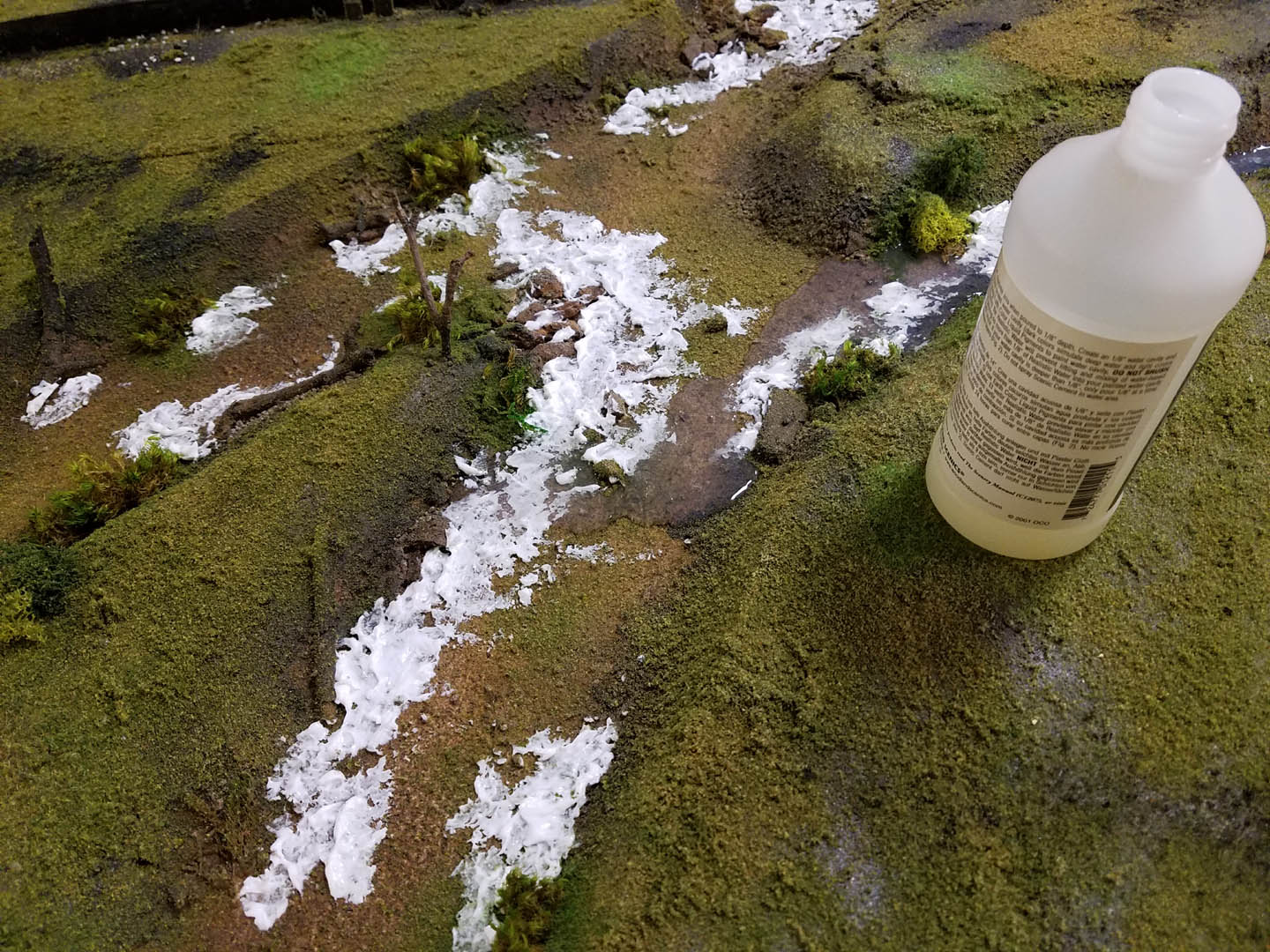 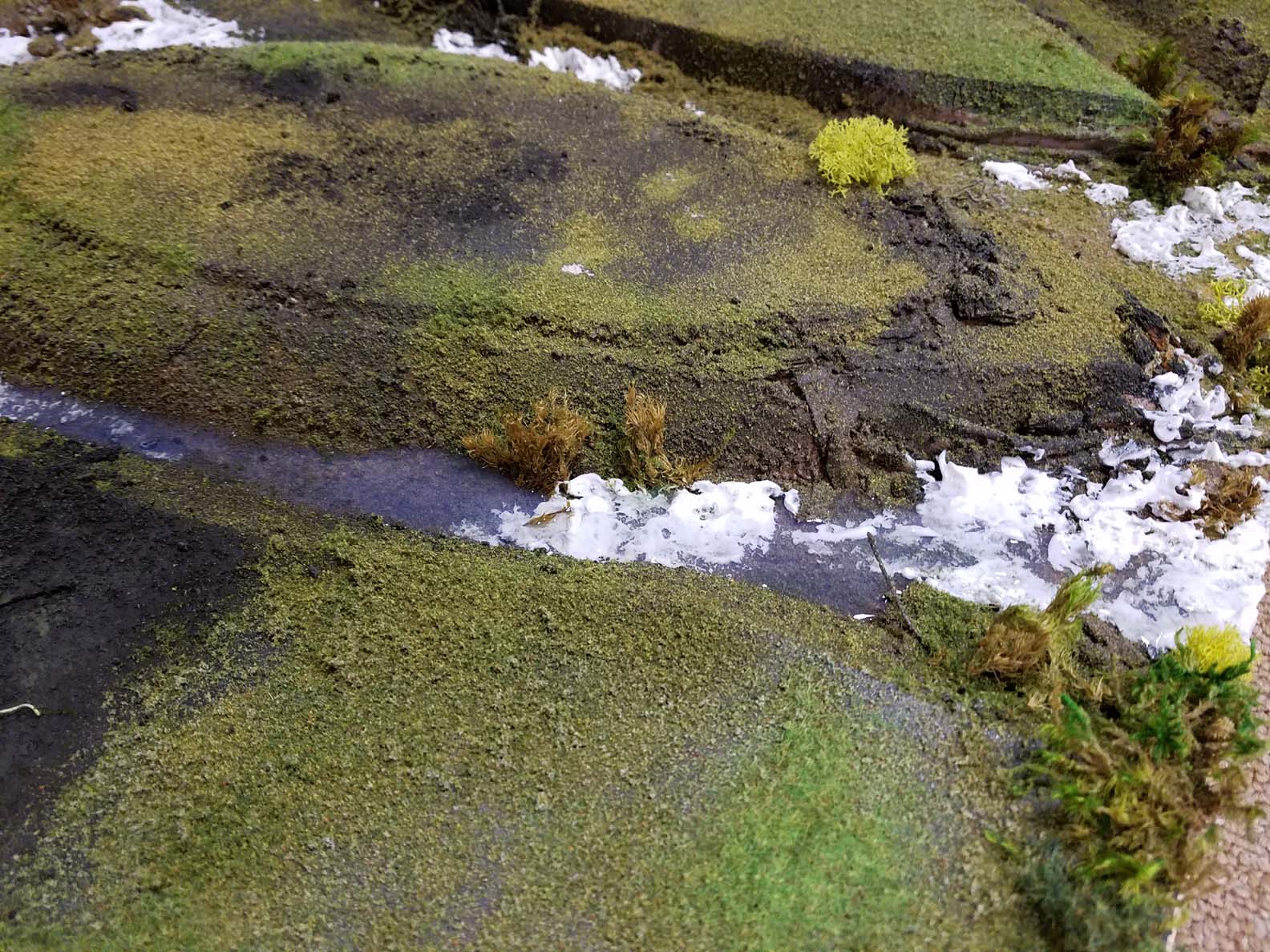 You don't want to apply too much at once.  I could be a little more generous with the application here, since there was a lot of absorbent flock everywhere!

Right away, I could see it react to the dry flock, turning it into "wet" underwater foliage.  This would also give me a little more depth even though the water itself would not be terribly thick. 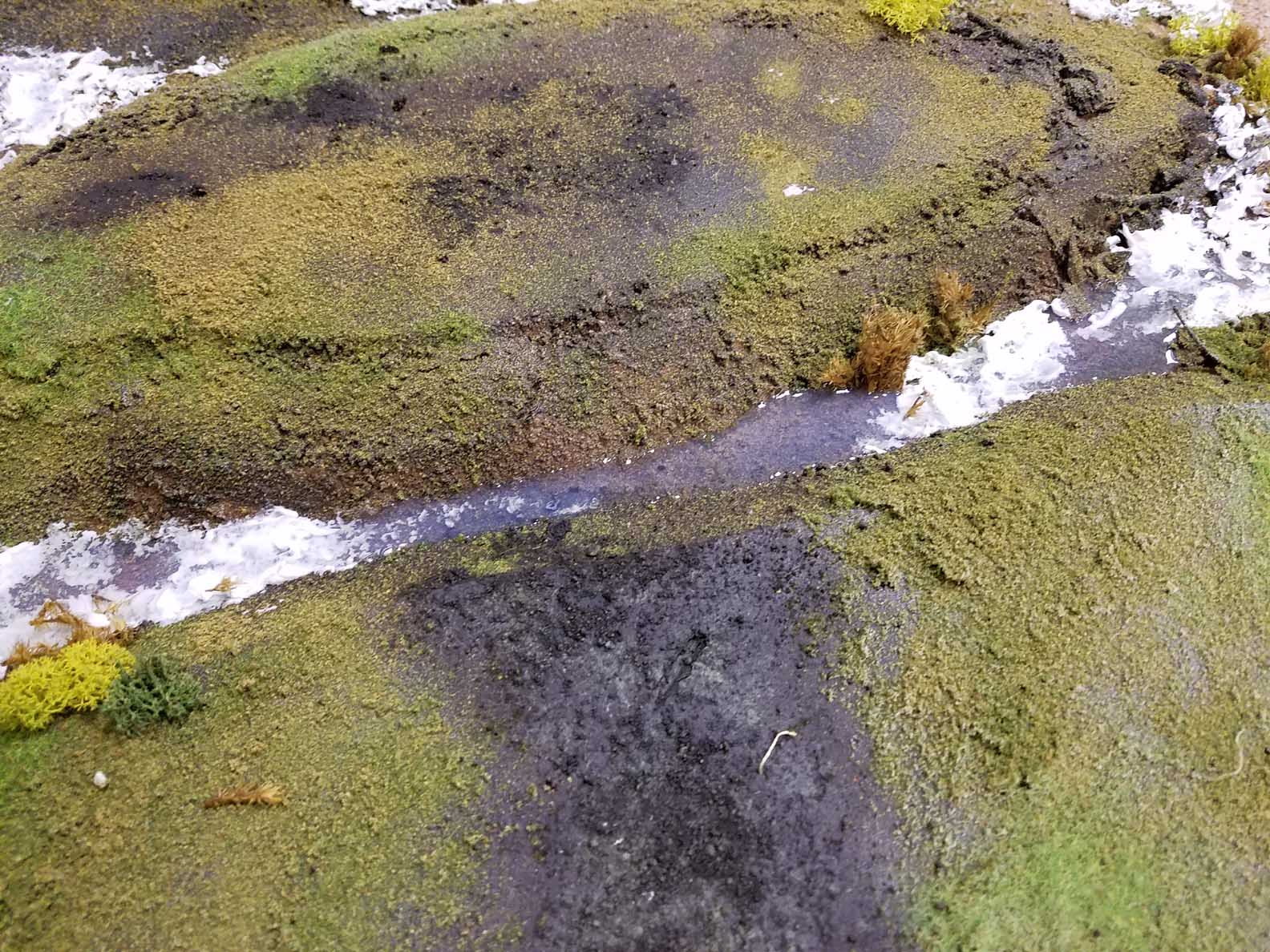 The easier areas to pour would be the smaller 'pools' which were in one of the corners.  As I mentioned in earlier posts, this board was originally intended to be a swamp board for a Western game.  We did want it to work for Pacific War too, but then this was expanded to many areas of Europe, both east and west! 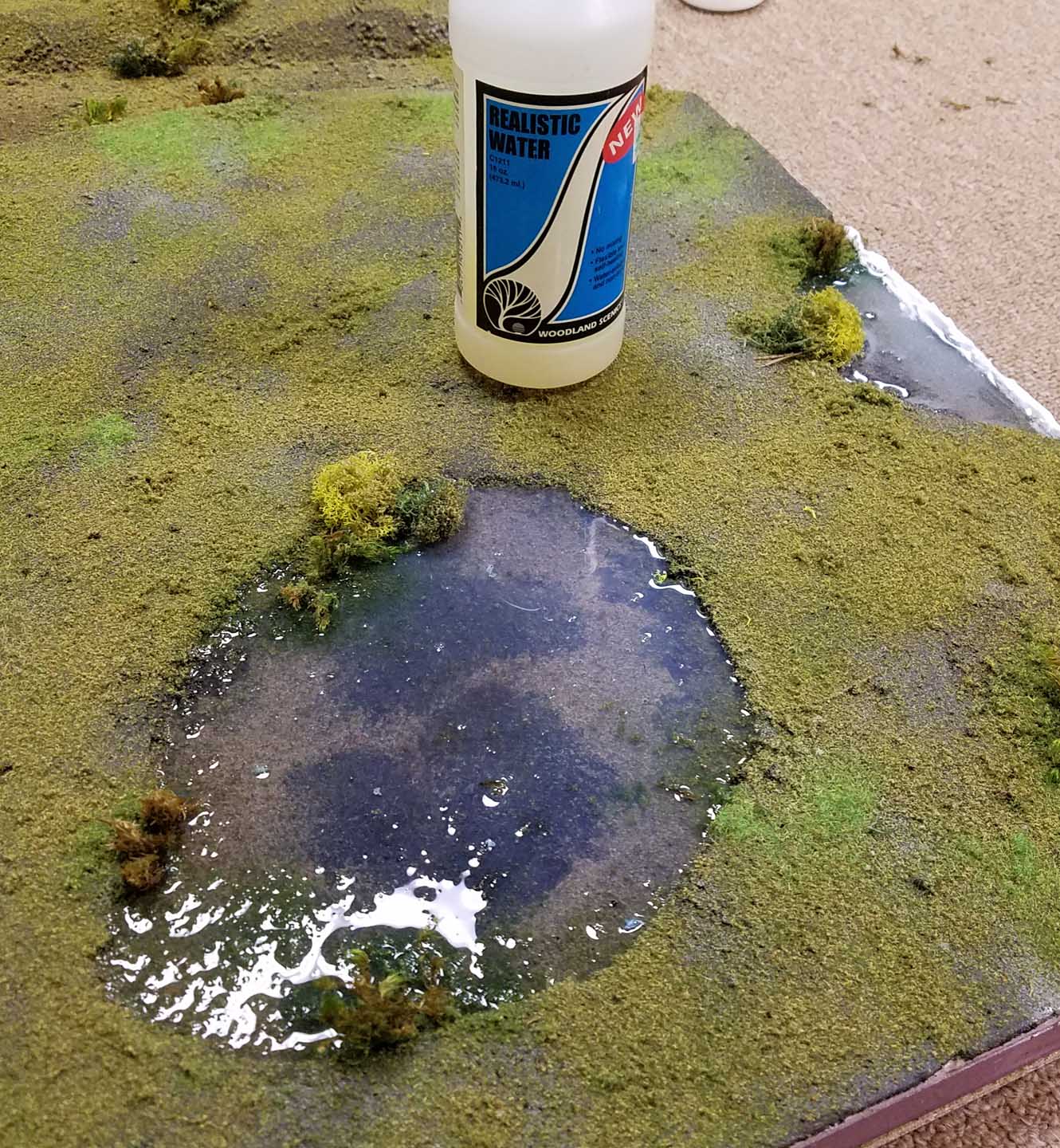 This image is a good example of how the water pour looked, and altered the flock.  I was able to get it to slip into the foliage around the rim of each pool, which made it look like it belonged on the edge.

A few more pours would be needed, as well as more applications of heavy gel.  Those would be needed most in the water mill channel, to make it look like churned up water.

Stay tuned for the next post, which will have some images of what the dried water effects looked like, and maybe even some figures on there too!

Links to the earlier posts: 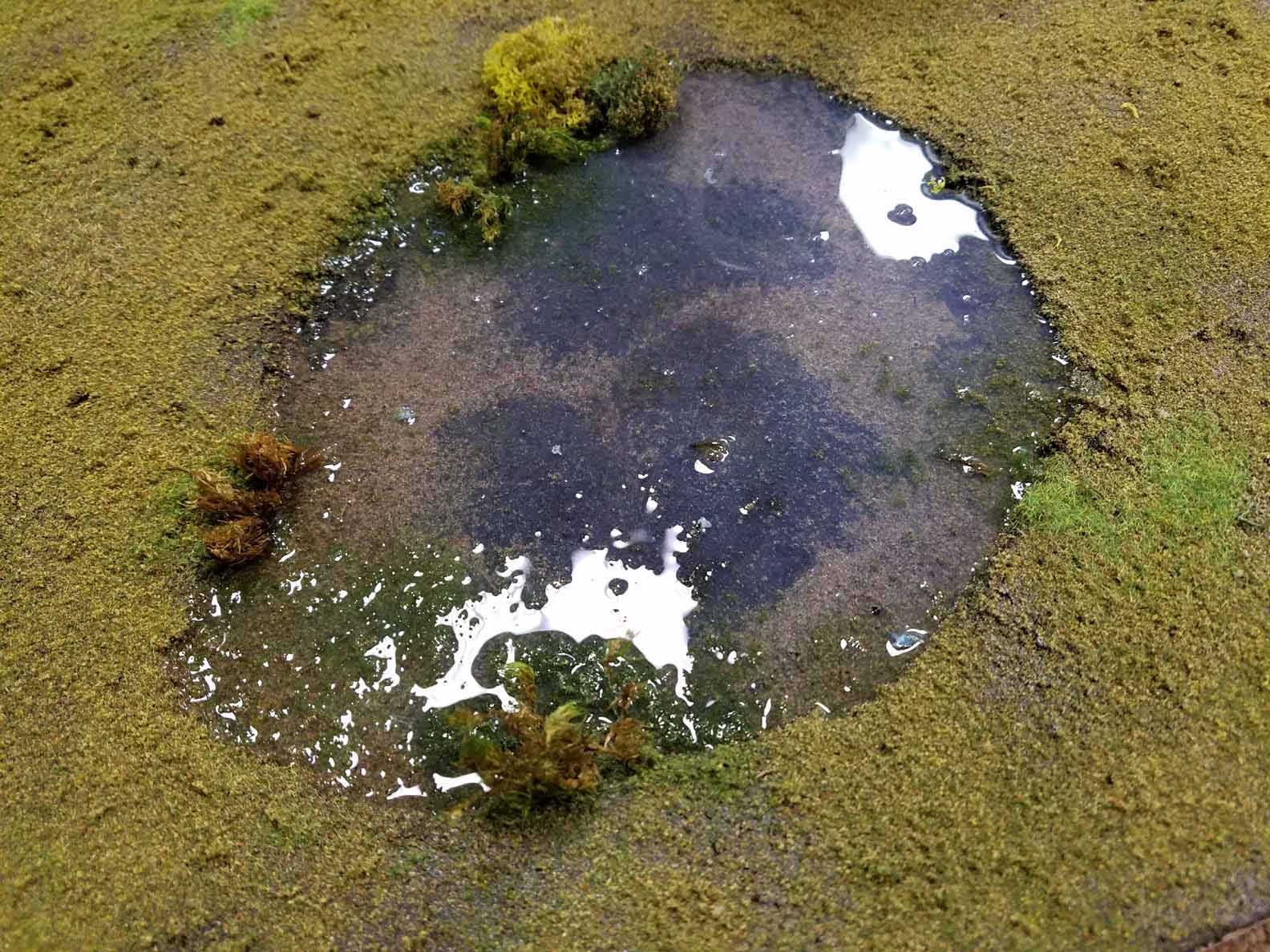