Carrying a torch for you 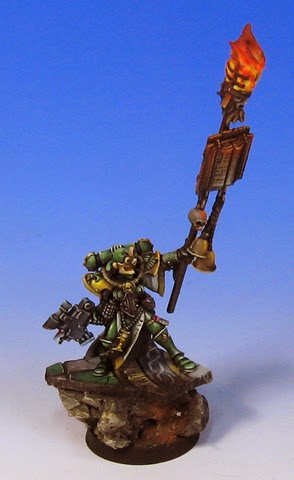 Once I finally got to read the new Sisters's codex, I knew that both of the squads would need that icon bearer.  I only had one miniature, so it was time to grab something else and create one!

Always fun!  I had a ton of extra Sister Superiors around... they of the fabulous exploding plasma guns.

So,  little chop chop of the chainsword and the dreaded plasma gun, and it was ready for some additions.  A few Empire Flagellant bits, a scout bolt pistol, a little green stuff, and voila!

Time for paint.  Yes, one more army that will use fluorescent paints.  Nowhere near as much as the previous two forces, but a little bit here and there. 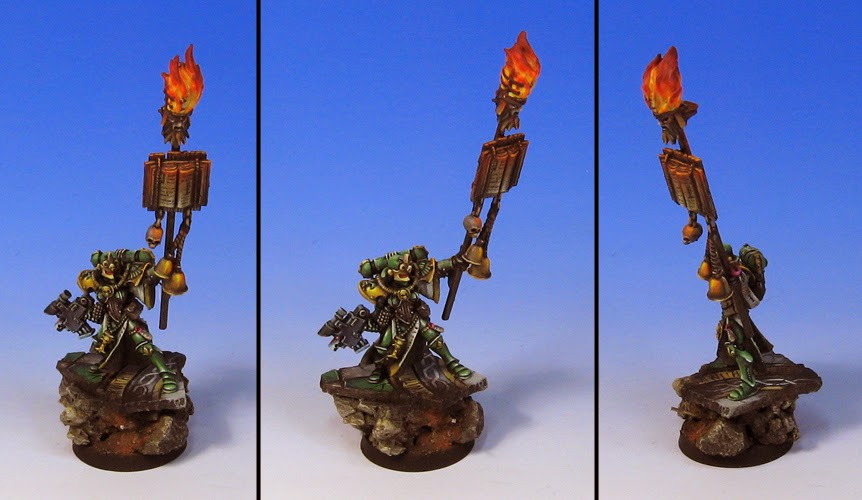 The pose of the Sister Superior was fantastic as this icon bearer... a lot more 'open' pose than the usual metal Sisters. 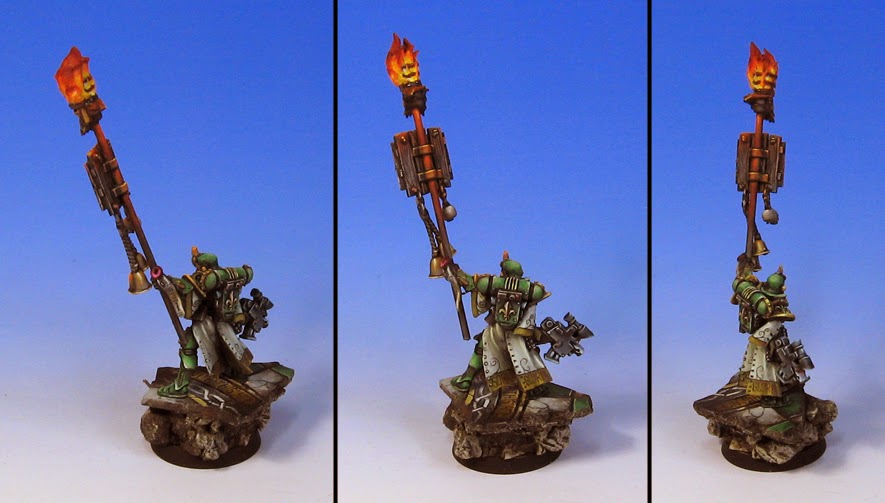 The base was already painted, so all I had to do was pin her to it and add some dullcoate. 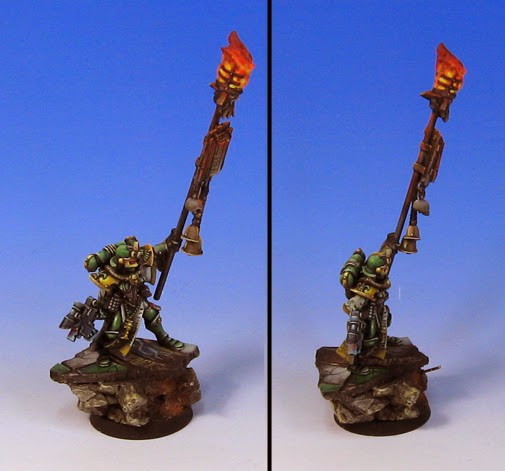 Standing next to the Sister Superior conversion.  I'm thinking that this will be the unit I normally attach Uriah Jacobus to... with the white robes.

Since I was thinking about putting white robes on the Seraphim, I thought that going white on this unit will not only make a nice difference between my two squads of standard Sisters, but could represent one unit that might eventually be elite enough to become Seraphim. 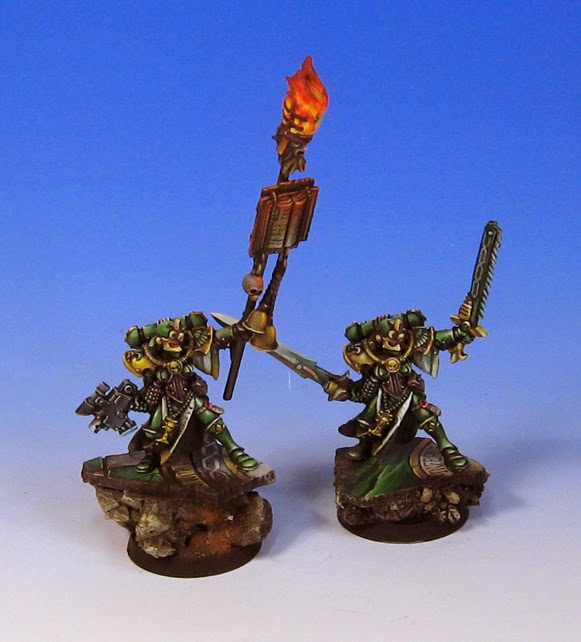 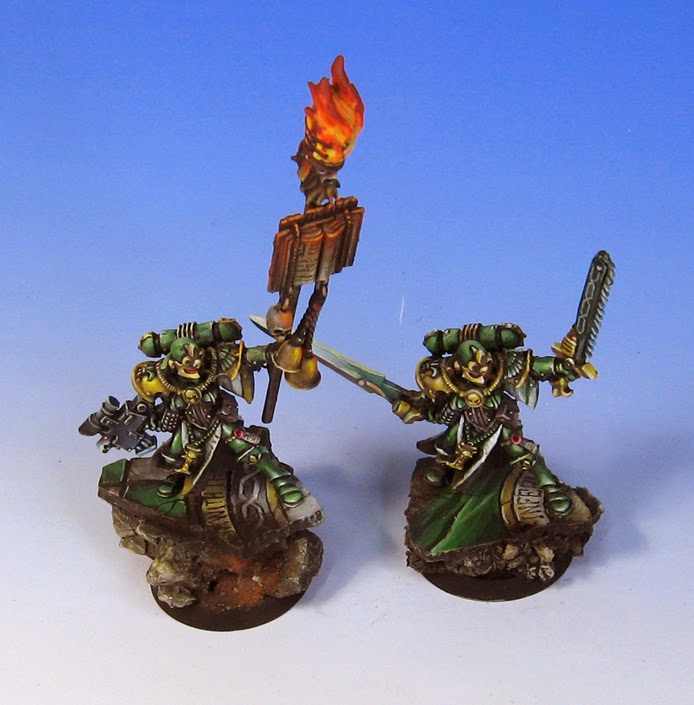 Posted by wappellious at 3:19 PM No comments: 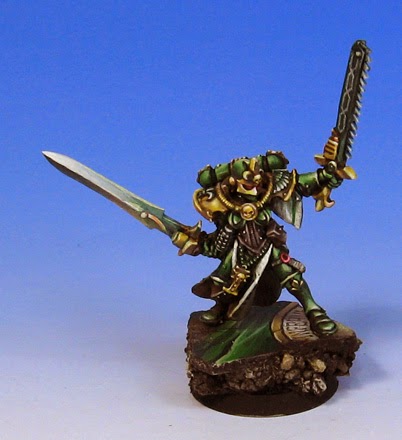 After playing that test game, I thought it would be a good idea to make the two squads of Sisters different colors, as I am doing with the Highland Guard squads.

I need to be able to distinguish them from each other in a scrum, or even when they are far apart, since they have some different elements in them.

Nothing radically different... just a switch in where the colors are placed.  The biggest change was the white robes, which I will notice right away in the chaos of a game.

This Sister has a bit of a conversion... I gave her a power sword.  Once again, based on the game that we played the other day.  It's a very old Grey Knight sword.

Hopefully this will be able to do some kind of harm to space marines! 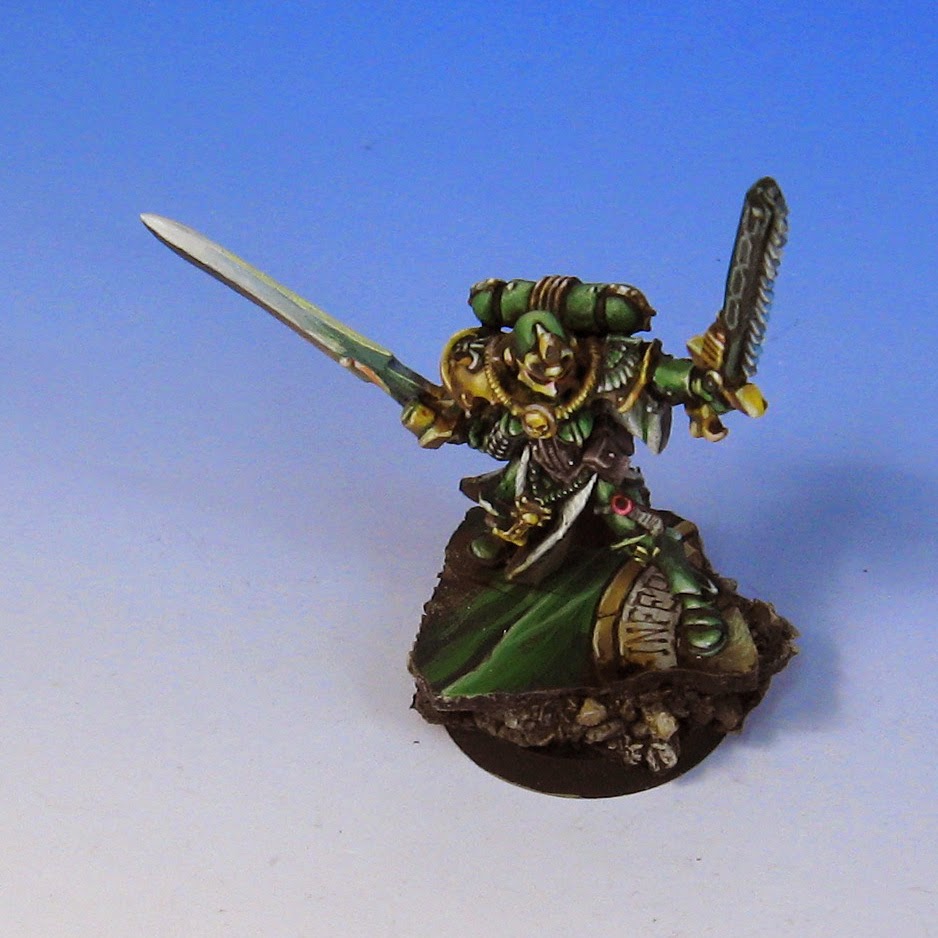 Posted by wappellious at 6:50 AM No comments: