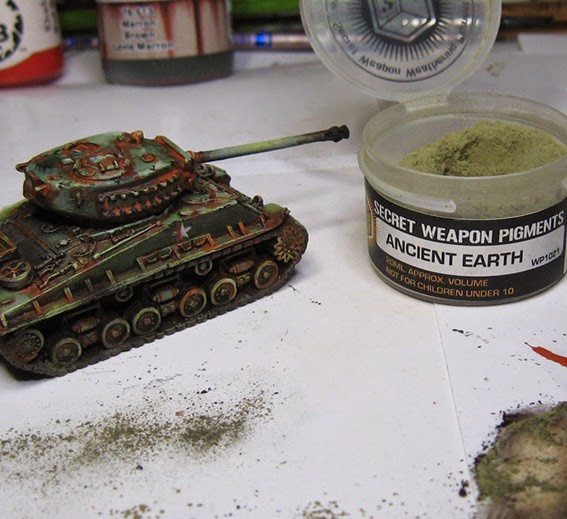 Next stage arrives for our Flames of War Easy Eight.  A bit of weathering.

As some of you already know, I like to use paints for rust effects that have a "sedimentation" property.

That is, when you mix them with a decent amount of water, the pigment begins to break down.  You also know that I have discovered a few in the correct shade which do this... such as the GW Calthan Brown, and some of the P3 paints. 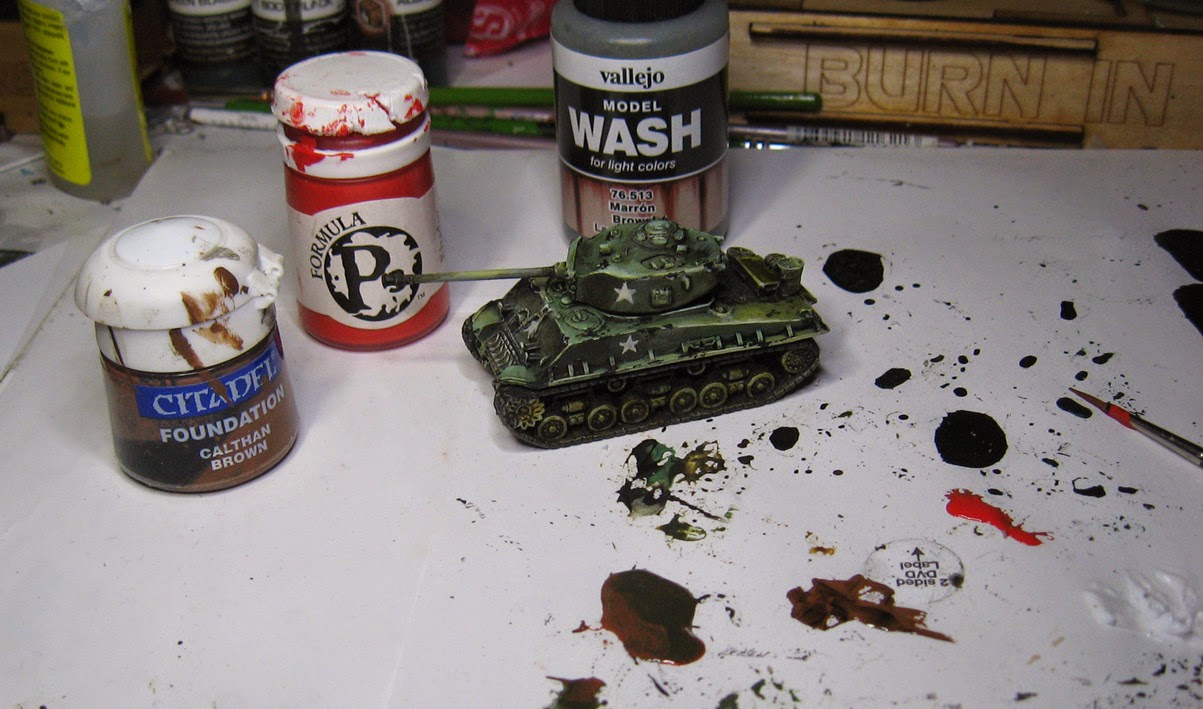 These were also mixed with a Sepia Wash to thin them down, instead of water.  This helps to create other interesting random effects within the various placements of the rust.

It also means that it will sink down into those crevices, which rust tends to do.  It follows the water! 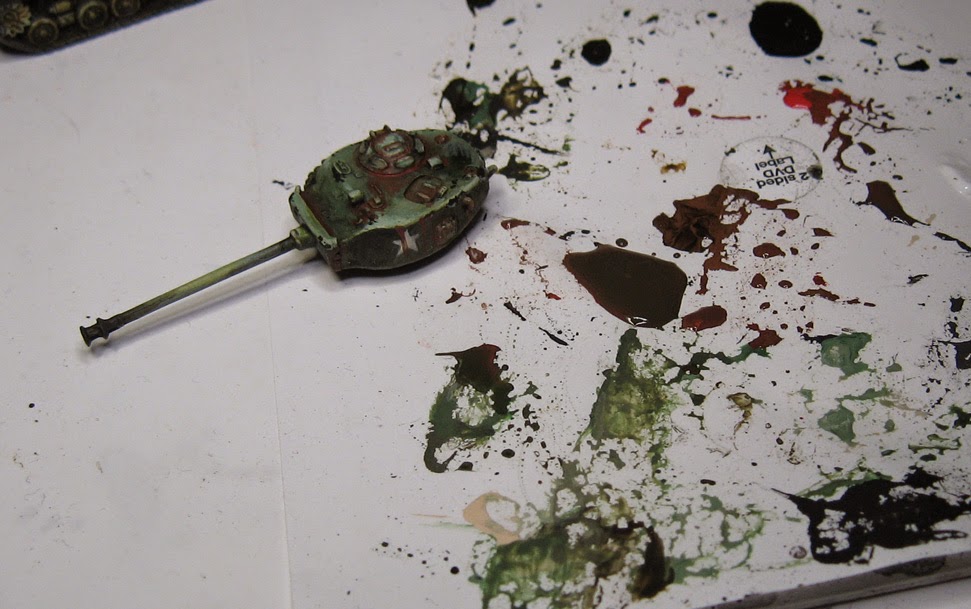 It's always best to choose those sunken nooks and crannies for the rust. 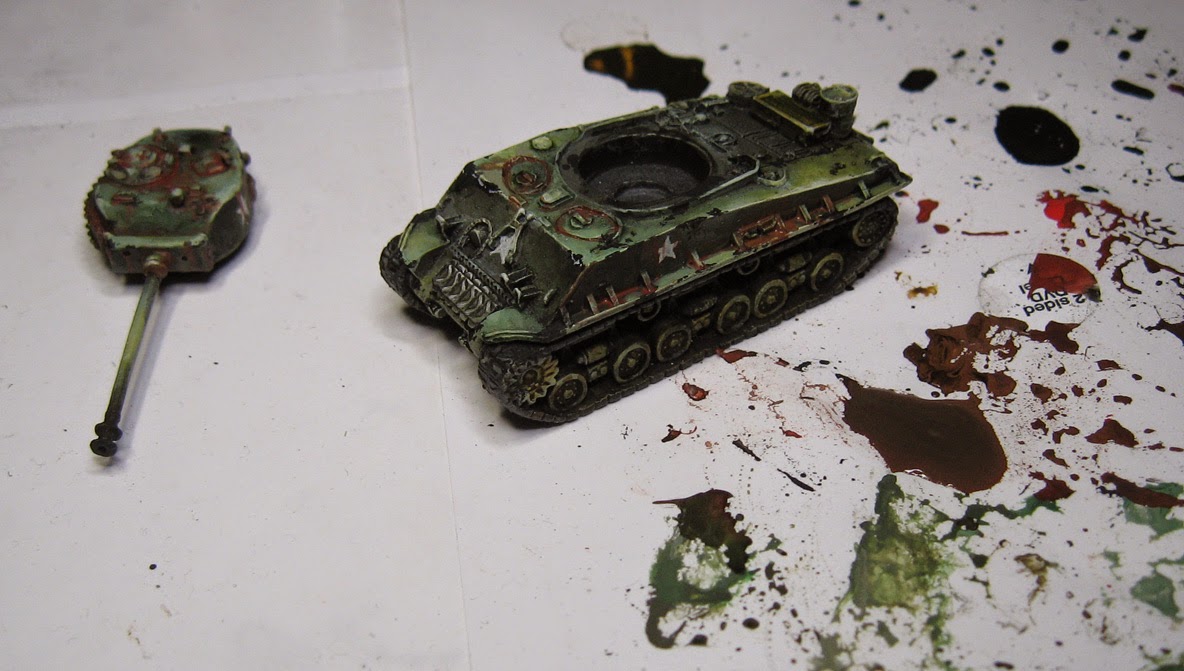 Once I have gone all around the vehicle with the darker rust color, I pick out fewer areas to lighten... 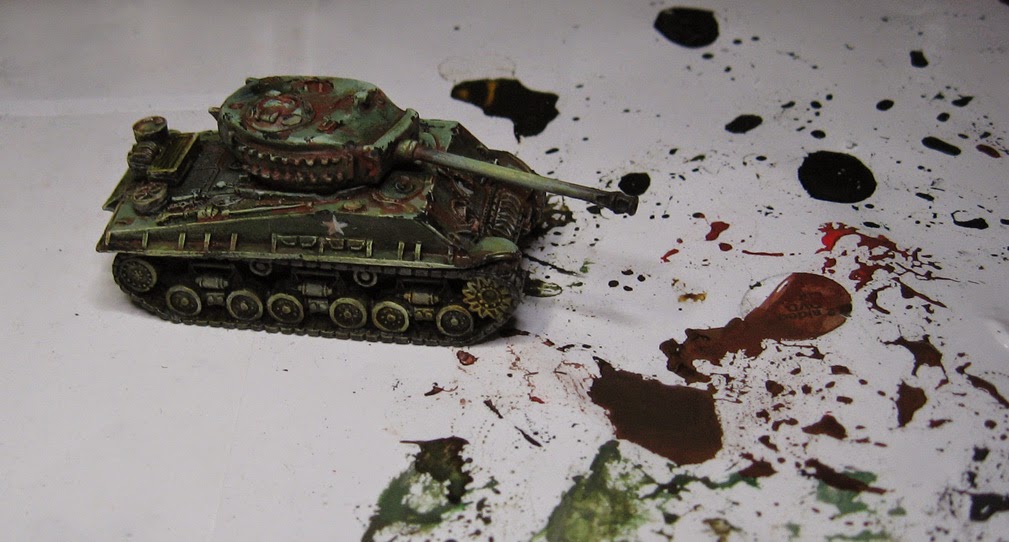 I really want to get down here into the treads and tracks! 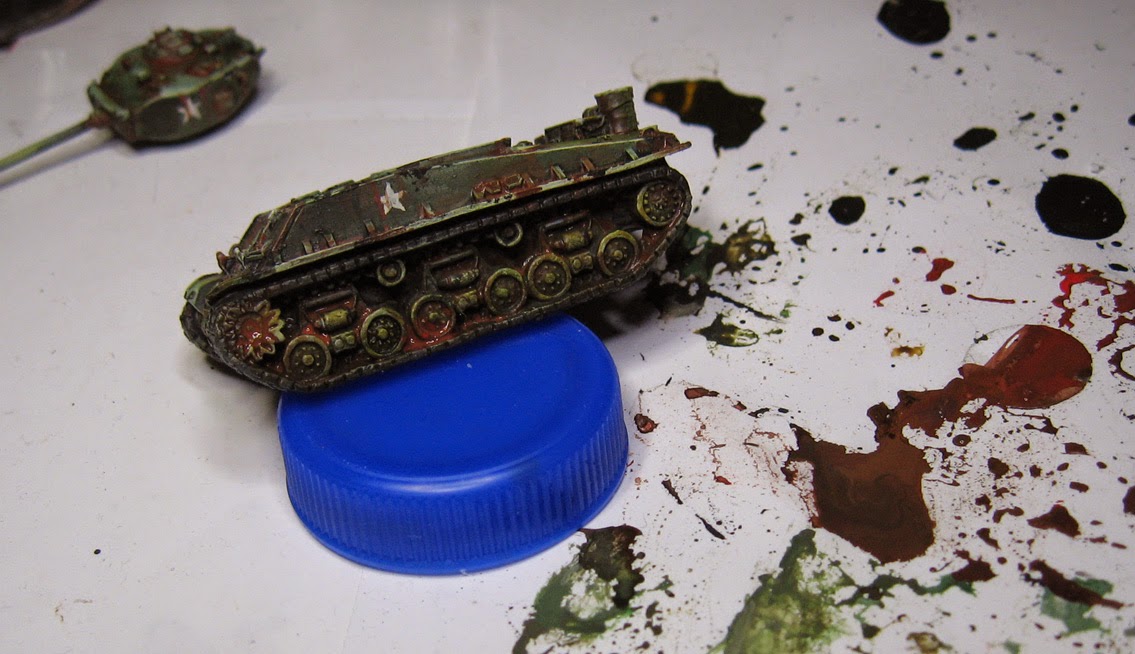 The selected areas of rust get lighter. 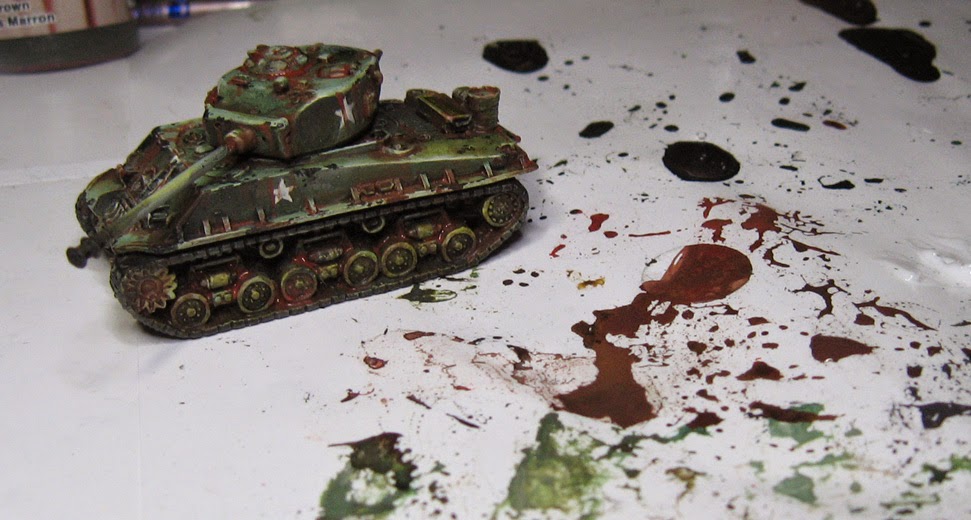 This will be the final rust color... fairly bright, as you can see, so I don't want to get too crazy with it.

That's about all I want to do with the rust, so now it's time for some dust!

I kept things simple this time with the application of a little Secret Weapon dry pigment.  You can mix it with rubbing alcohol if you want to paint it on like regular paint, or mix in the Secret Weapon sealer.

This time, I chose to simply spray it with dullcoate to fix the powders. 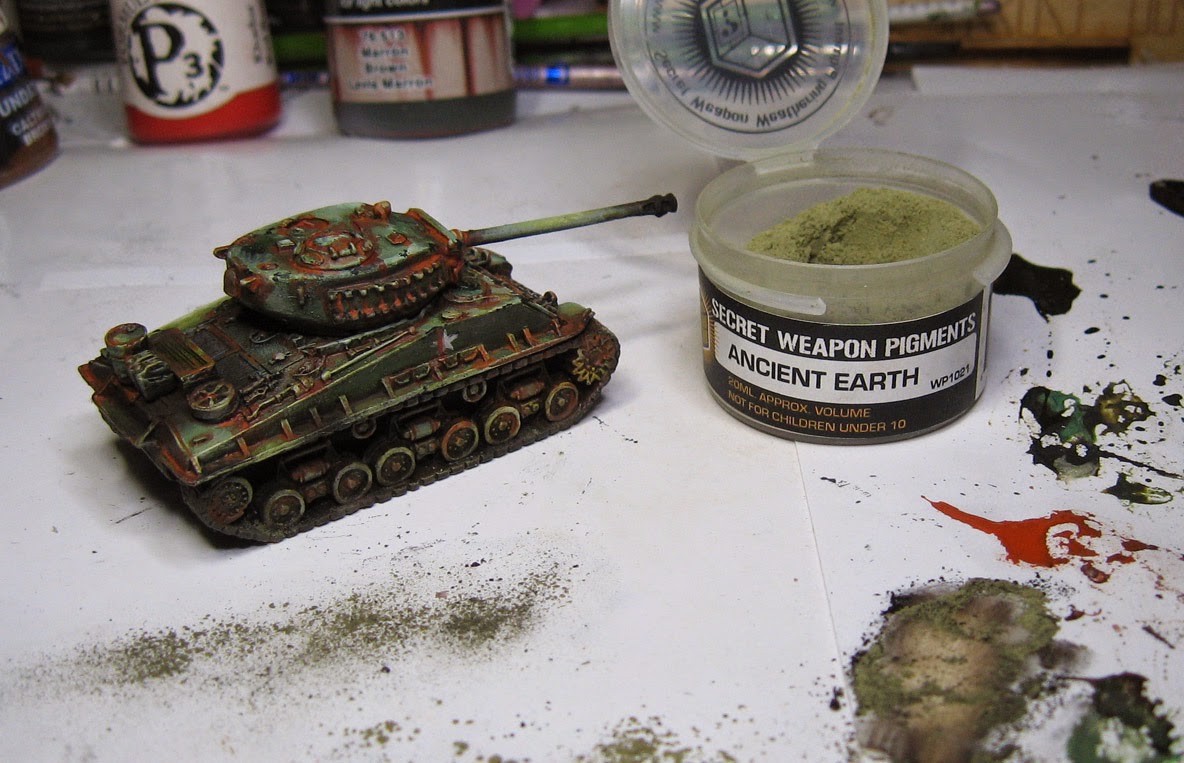 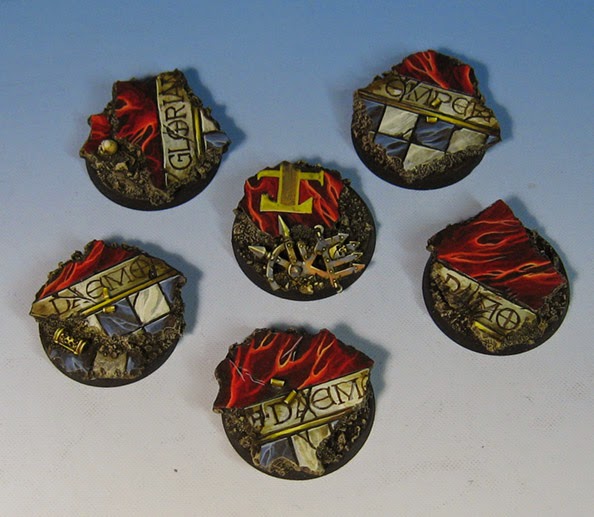 OK, here's where we stand thus far on some Grey Knight terminator bases.  Still another ten or fifteen percent to go yet... 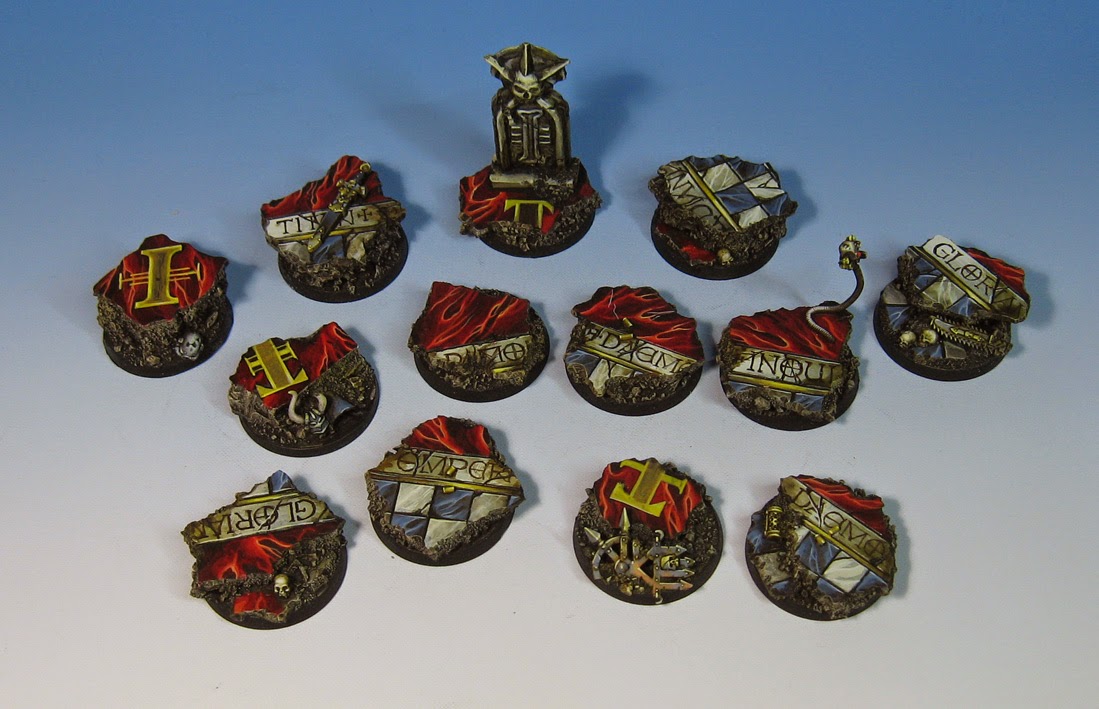 I always loved this design.  This time around, I have added a few more twists... 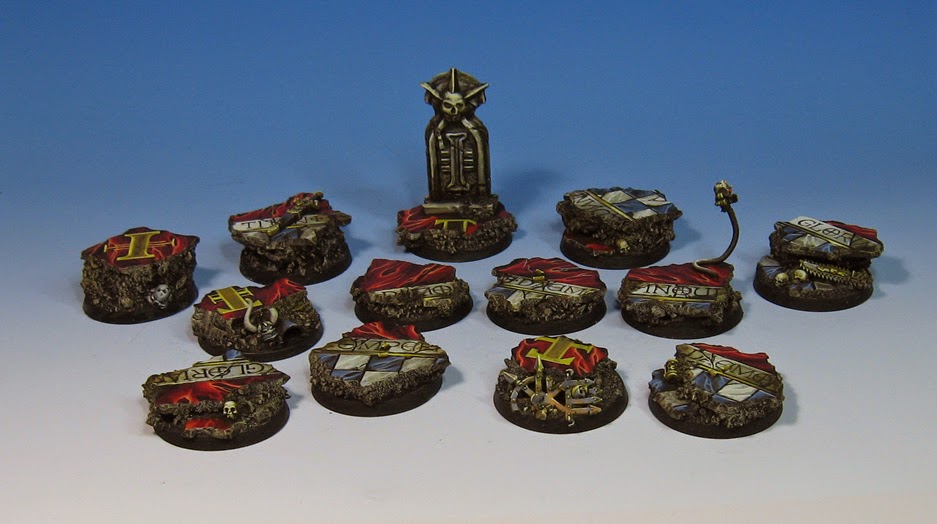 The taller bases are always for special characters. 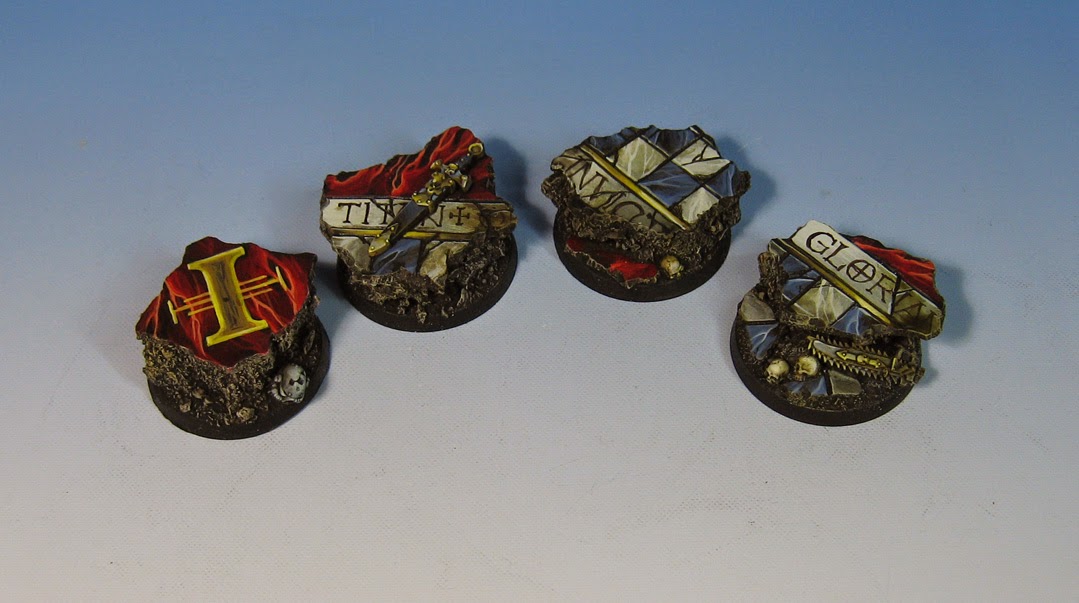 But I could not resist adding a servo skull! 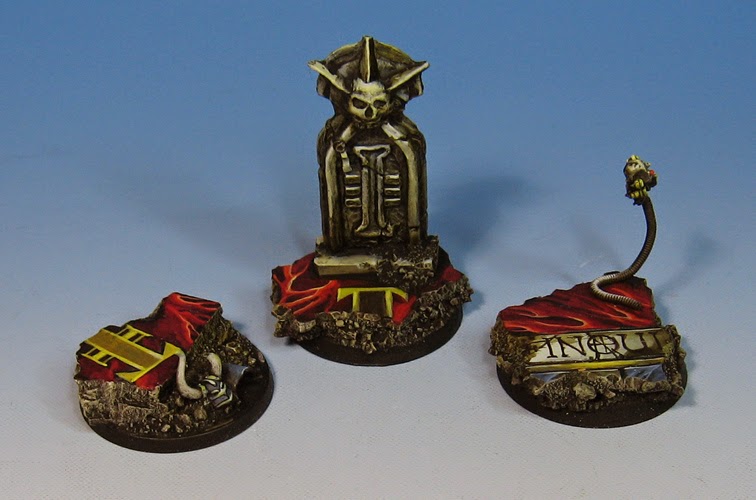 I didn't have Secret Weapon skulls the last time I made bases such as these. Nice to have now! 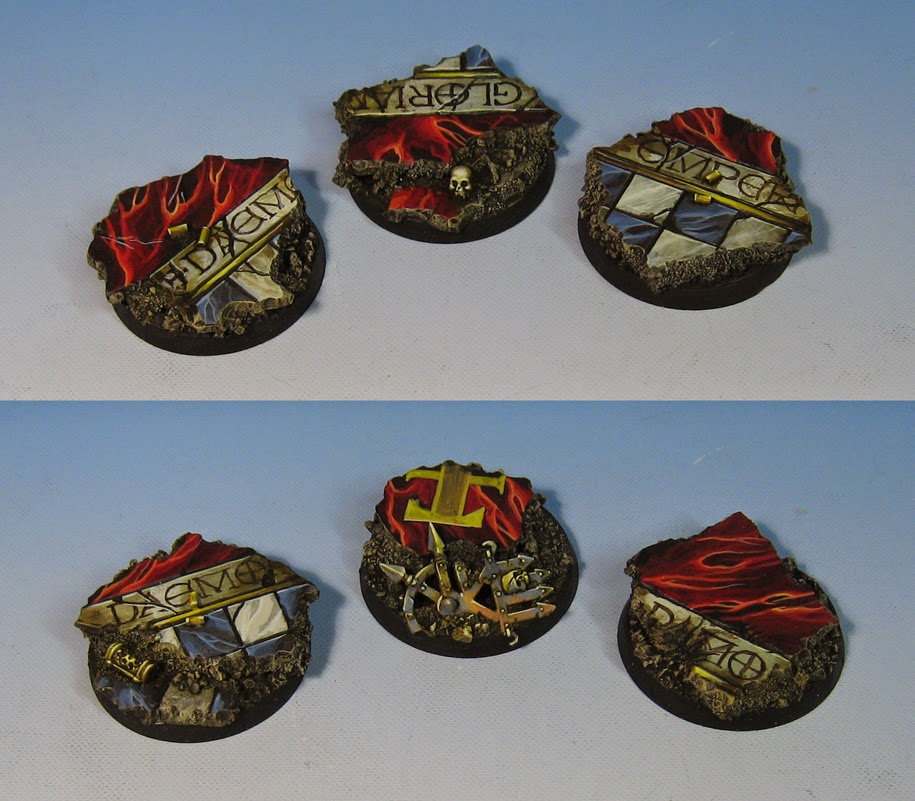 Here's another look at the shallower bases... 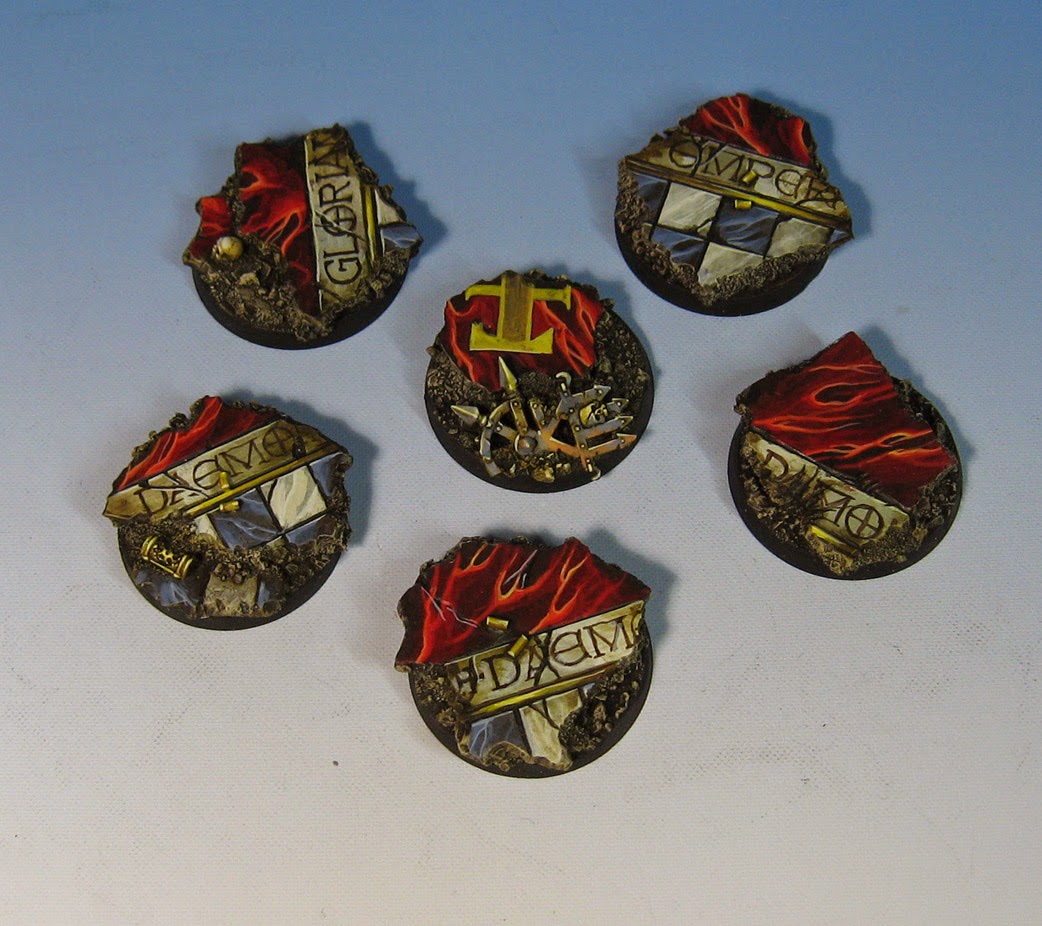