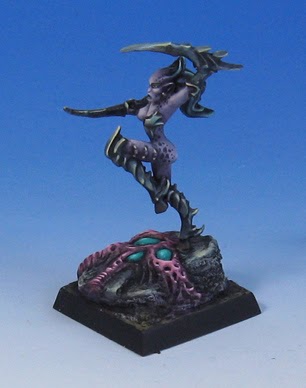 OK, just about the last of the Demonettes.  Sad to say that, since they are so much fun to work with!  Well, All Raging Heroes minis are this way, so that would be a bit of a broken record.

My only regret is that I never got a chance to take a shot of a large group of them.  It would have been really neat with all of their Chaosy bases!!

Making use of the bases 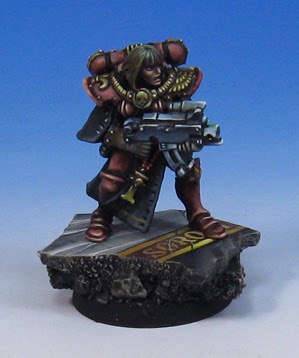 Another Sister in this scheme, utilizing another one of those decorative marble bases.

I used to do these marble style bases for just about everything... especially 40k stuff.  Not only was it easier to place the relatively flat feet of the figures onto the bases, it was easier to identify them as well.  I could put all sorts of markings on the base to not only designate which army it was from, but rank, weapons, and so on. 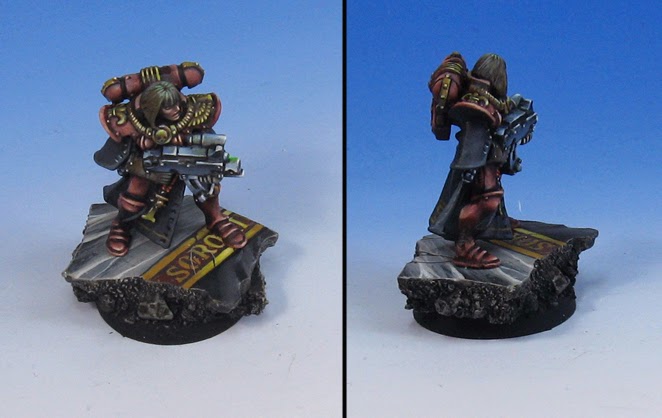 Posted by wappellious at 2:29 AM 2 comments: