Time to pick up some passengers 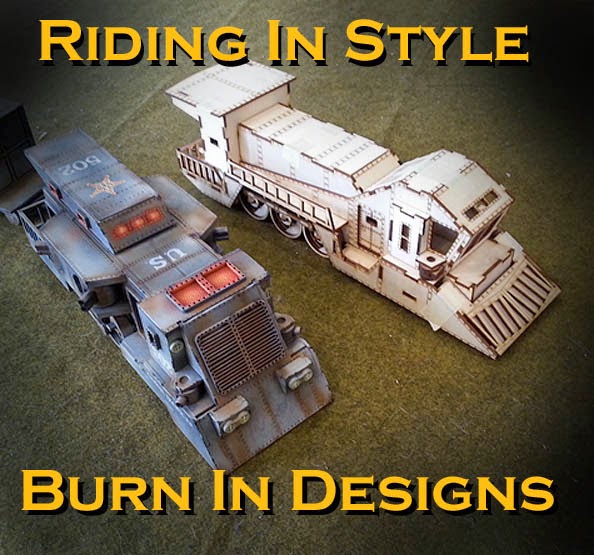 Just when you thought the Battle Train was the only thing cruising the rails of the West, we find out that you don't need a gun to head to the sunset! 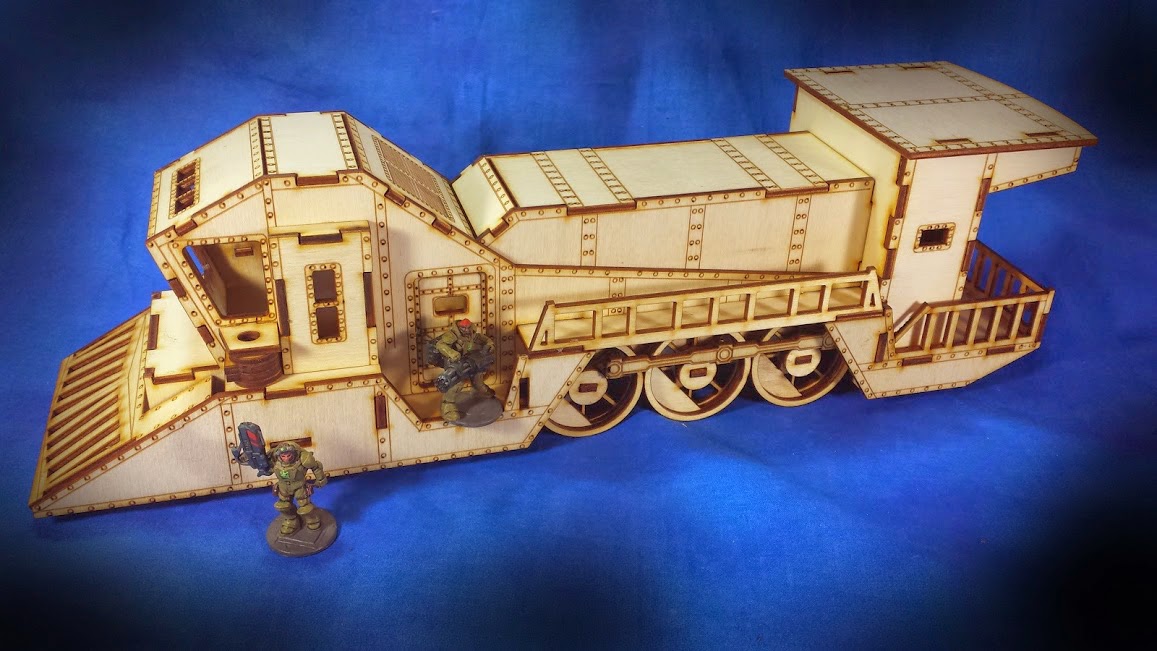 This is Lathan's first test cut of the passenger train locomotive.  There are a number of modifications, primarily the pilot cabin and the cow catcher.

However, there are still many areas to place civilians or the occasional guard! 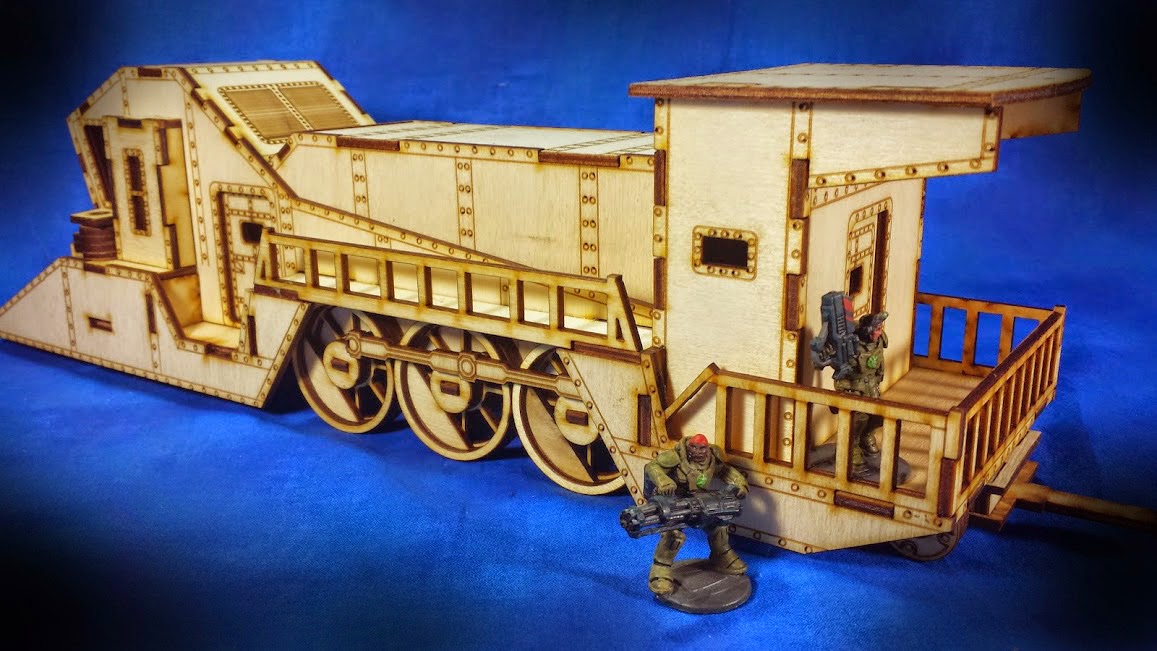 All aboard the Casino Express! 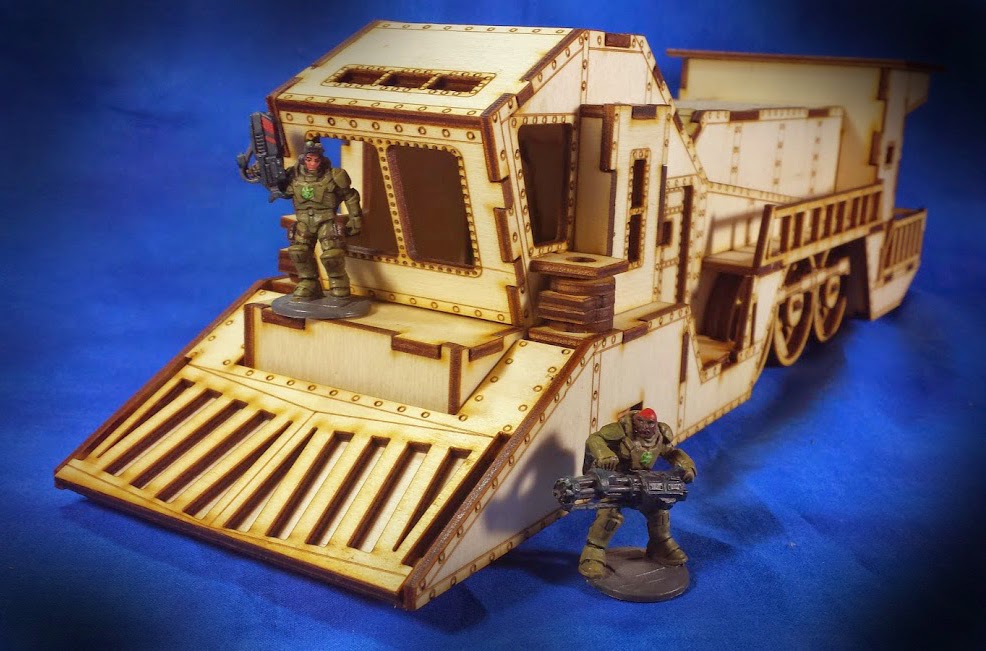 Yes, I did mention once or twice that this is a passenger train.

Here is the first passenger style car that was engineered.  It's a way for the well to do of Wappelville to travel in style!

Even larger cars are in the works, but this one is mighty fine! 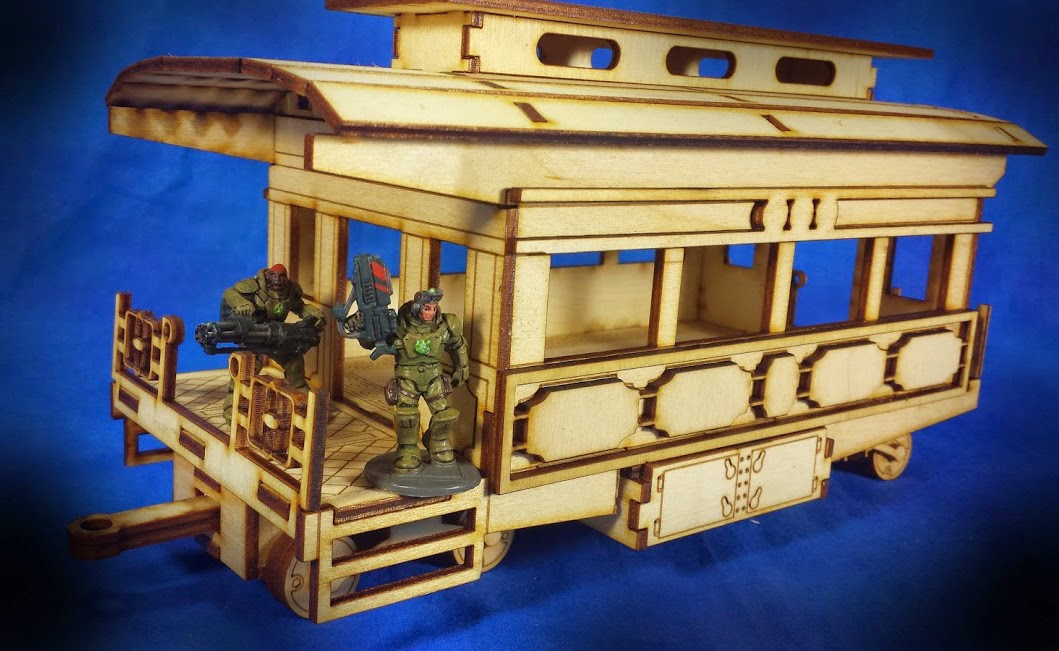 First class all the way!  Look at all that prime styling!! 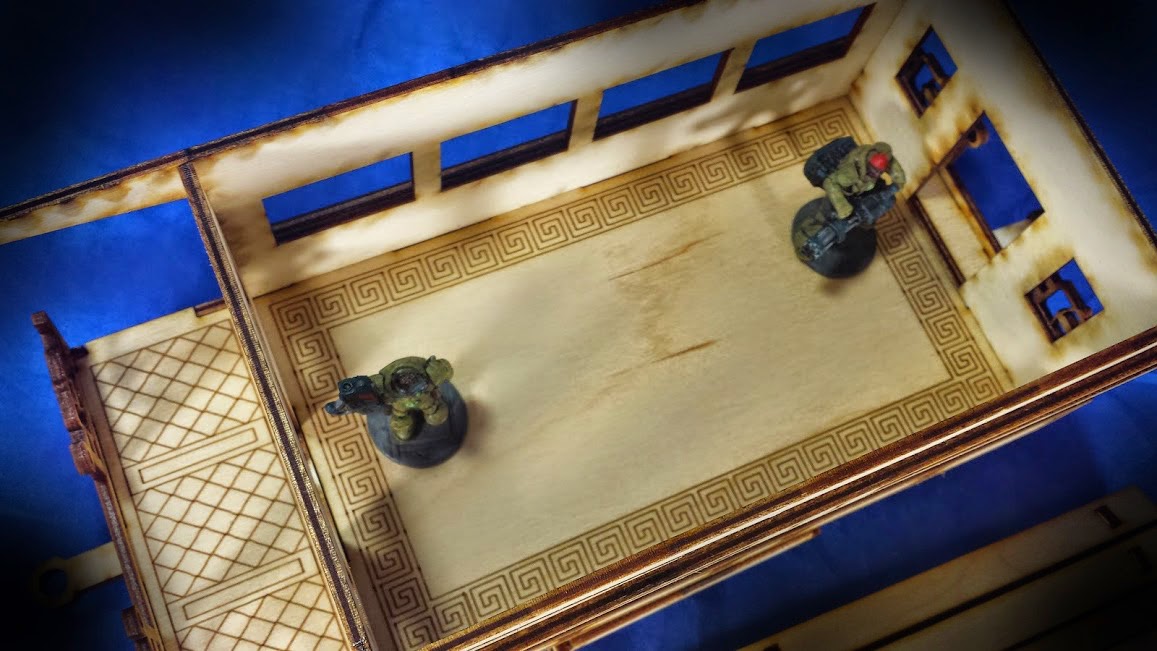 This will give you a sense of size.  It's longer and sleeker than it's more heavily armed and armored cousin. 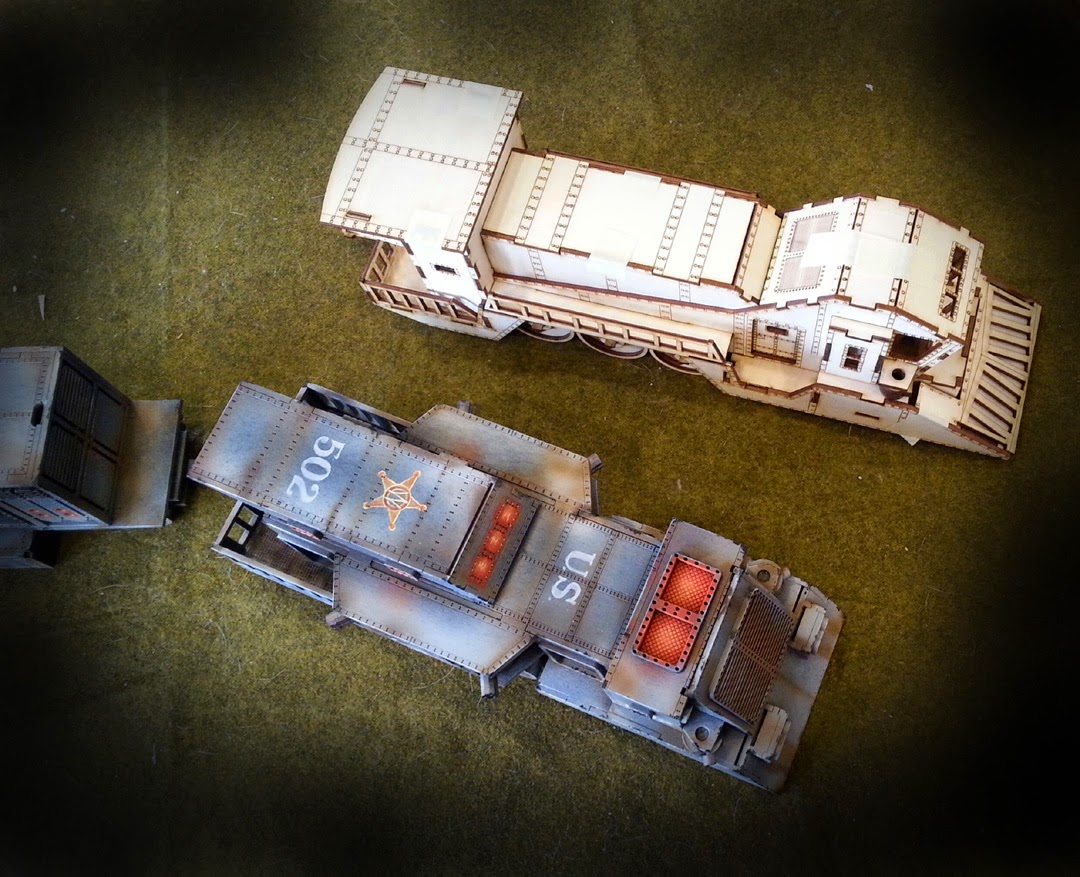 I am hoping to have some more finished shots of the Battle Train next week, complete with some miniatures to set the scene!  Stay tuned! 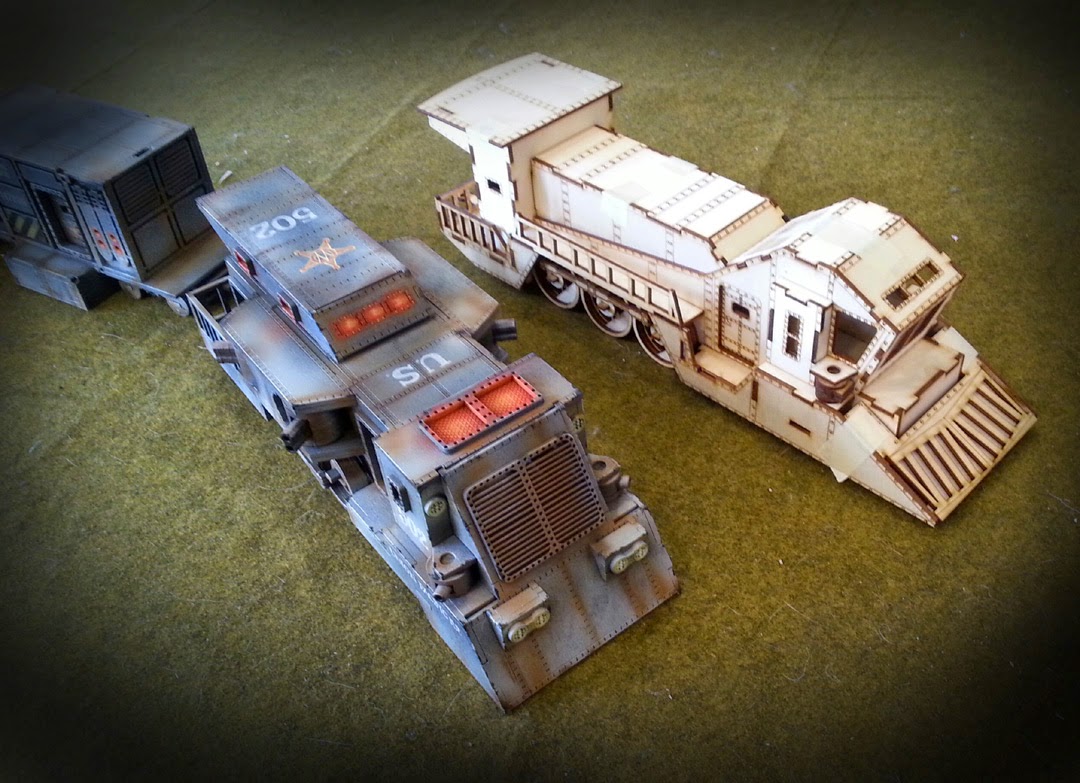 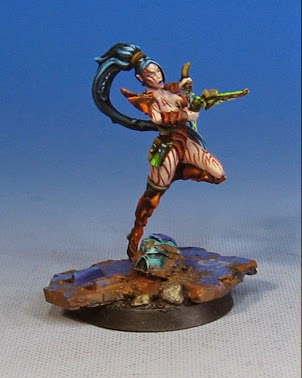 One more individual Vestal before the group shots!

The group shots will show some of the various weapon options that are available in the five figure box set.

Posted by wappellious at 12:33 PM No comments: