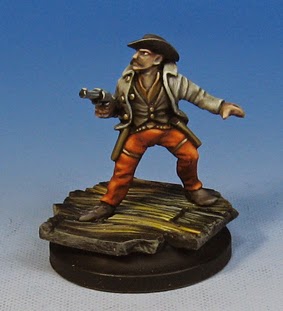 Today we meet Cool Hand Luke.  As cool under fire as a lizard in an icebox.

Anyway, this figure is left over from our days playing Deadlands, which is my favorite of all RPG games!  Loved that system (pre- D20, of course!).

We have started using these to add some flavor to the Wild West Exodus games.  Since the civilians running around on the table has made such an interesting impact on the games, we are trying to expand that with even more characters (essentially NPC's).

A few of them (like the Mysterious Stranger), are designed to hang out with the Lawmen, while some others have affinity for Rich's Wild Bunch Gang , or Jesse's Girls as I call them.

Here's Luke and the Mysterious Stranger. 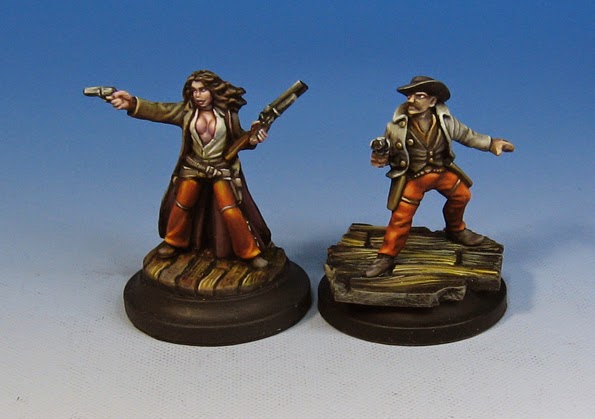 Talk about a power couple! 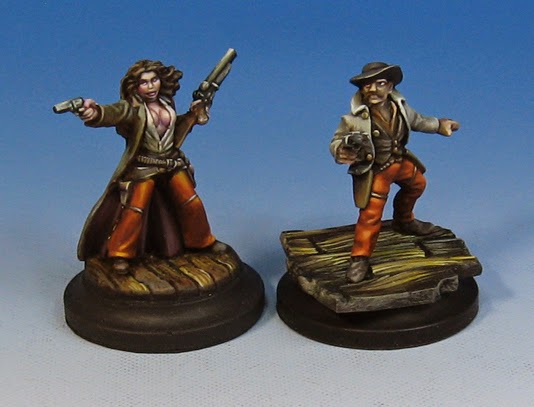 This definitely ain't no bull 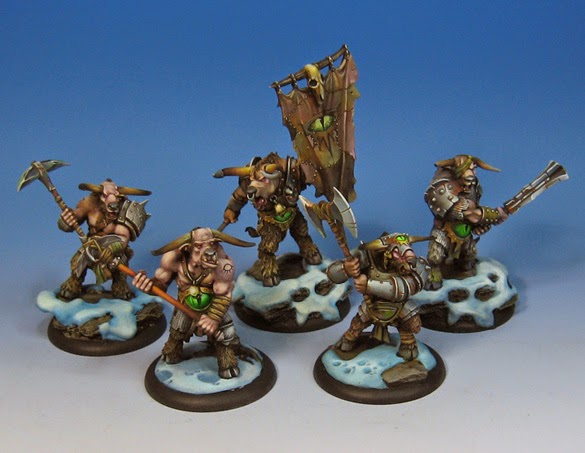 Here's a few images of the whole Minotaur set! 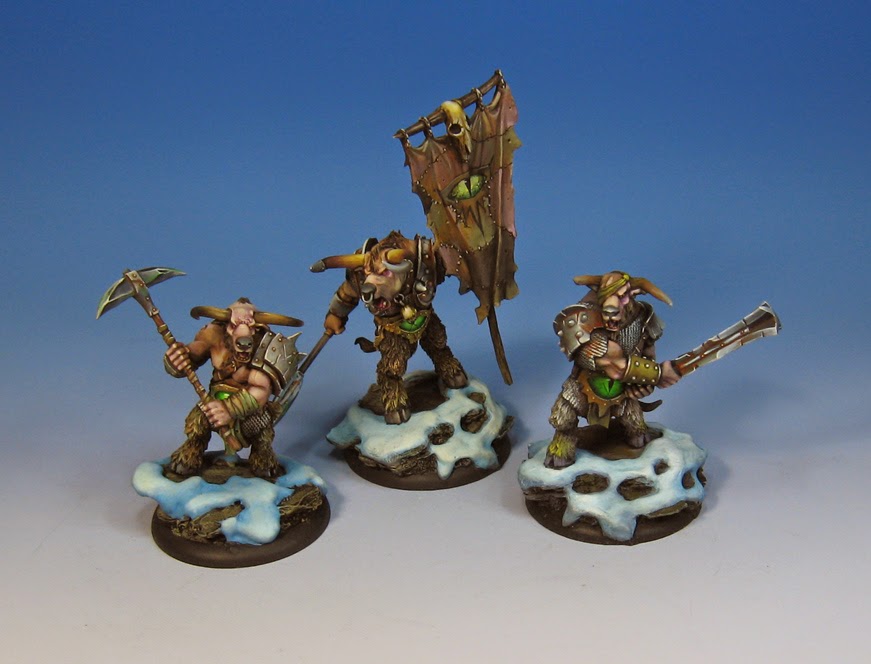 We start things off with a neat trio... 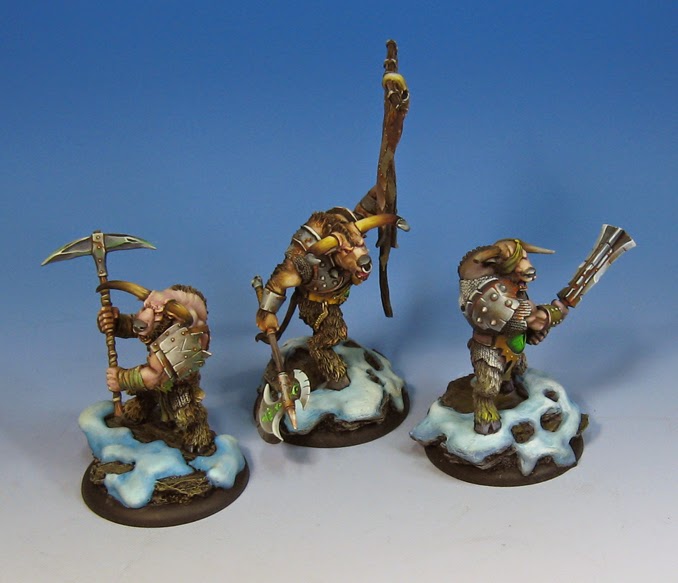 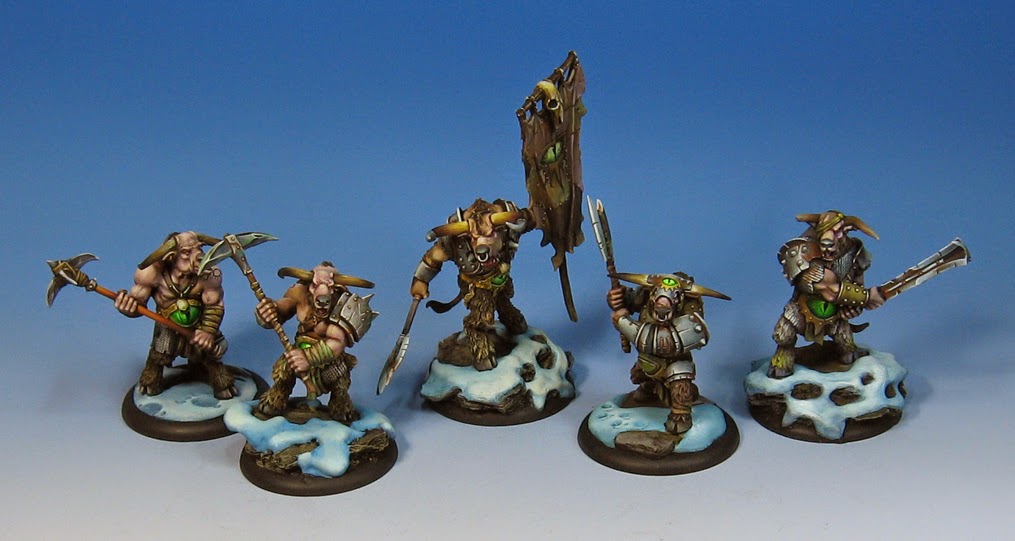 I had a lot of fun intermixing the greenish shades into the metals, which I wanted to use as a slight contrast to the warmer pinks of the skin tones. 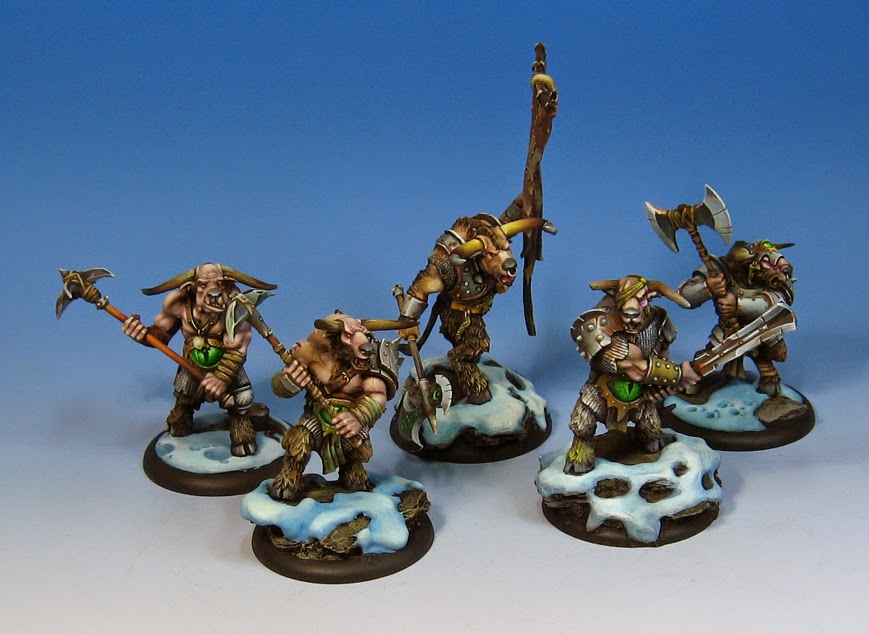 The final very warm accents of the bone surfaces and leather straps were the final tidbits to unify all five together. 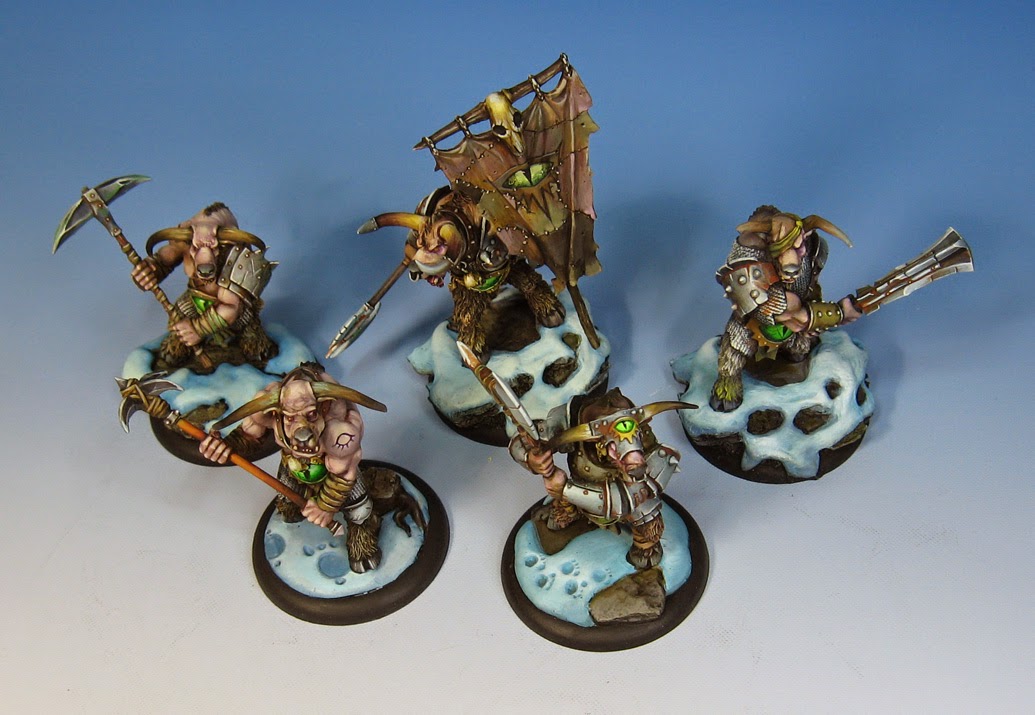 As you can see in these next few shots, I did try to get some variations in those skin tones. 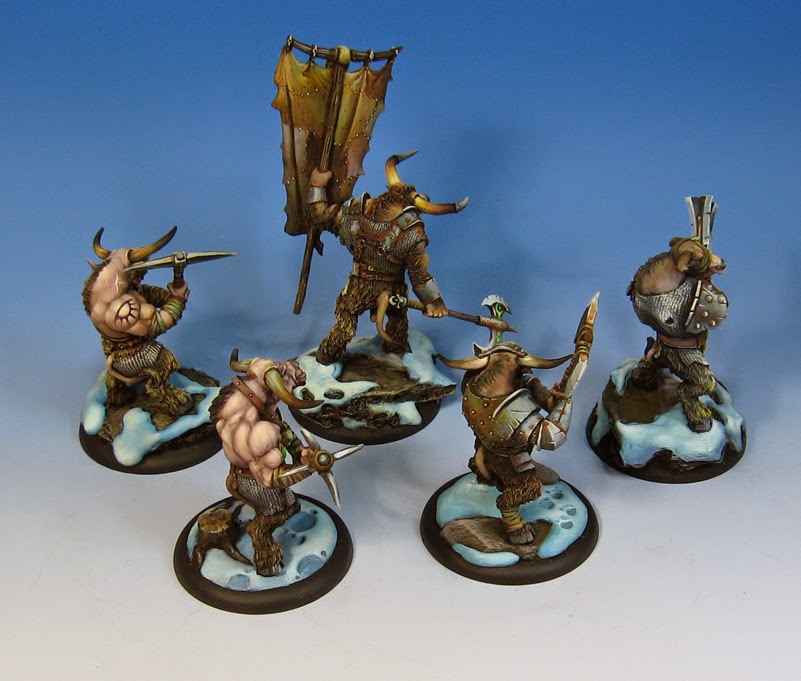 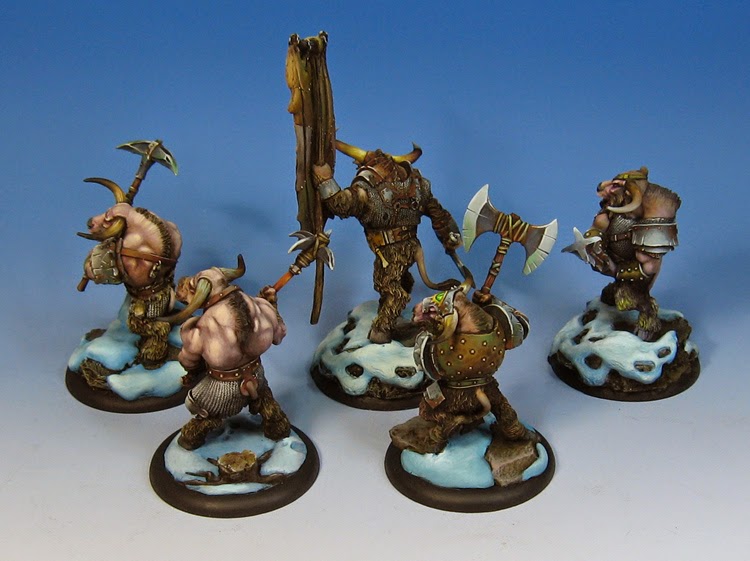 The rust on the armor was one more way to bring in a bit of the warmer colors into those sections.  I didn't want that to get too isolated. 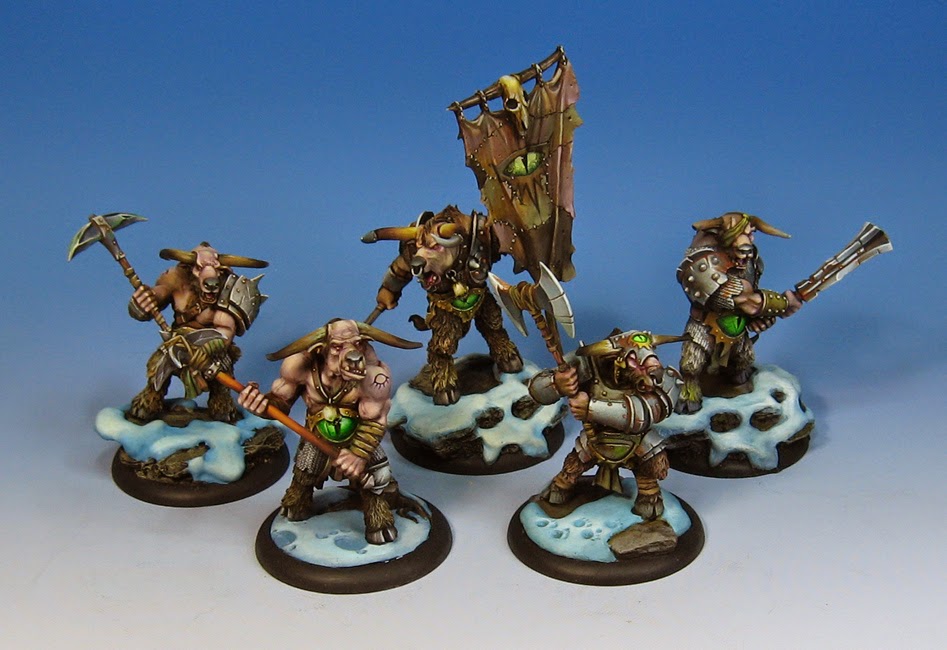