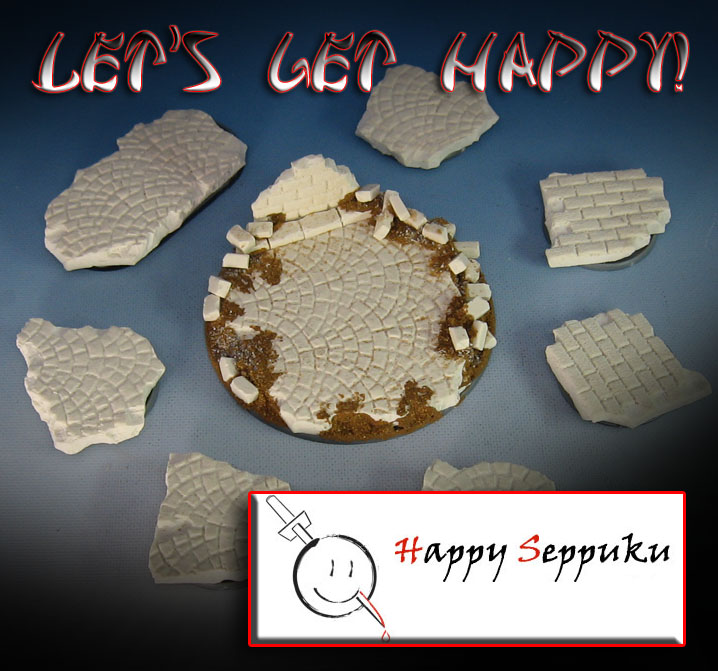 It's been a while since I have used the Happy Seppuku moulds for non-sci-fi basing, but my current projects made these two moulds just perfect for the task at hand!

This is the brick and cobblestone texture, pressed into the usual white sculpey. 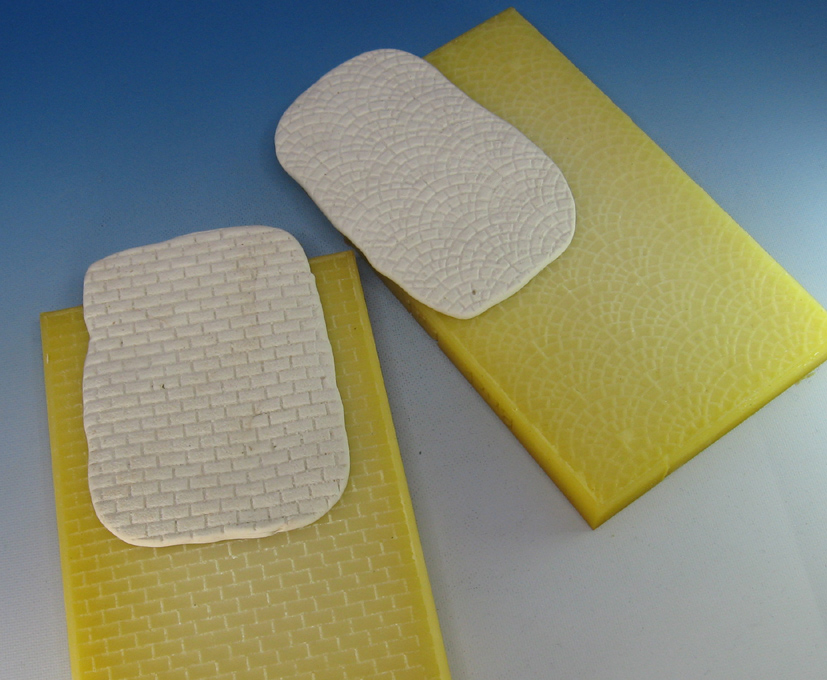 I want to make a few different village/urban style bases for the winter Americans stuck in Bastone during the Battle of the Bulge.

These textures are nice and easy to 'break', as they have so many natural fault lines!

Here I broke off the edges to roughly fit the base.  I'm leaving a little extra space for broken bricks and even snow piles. 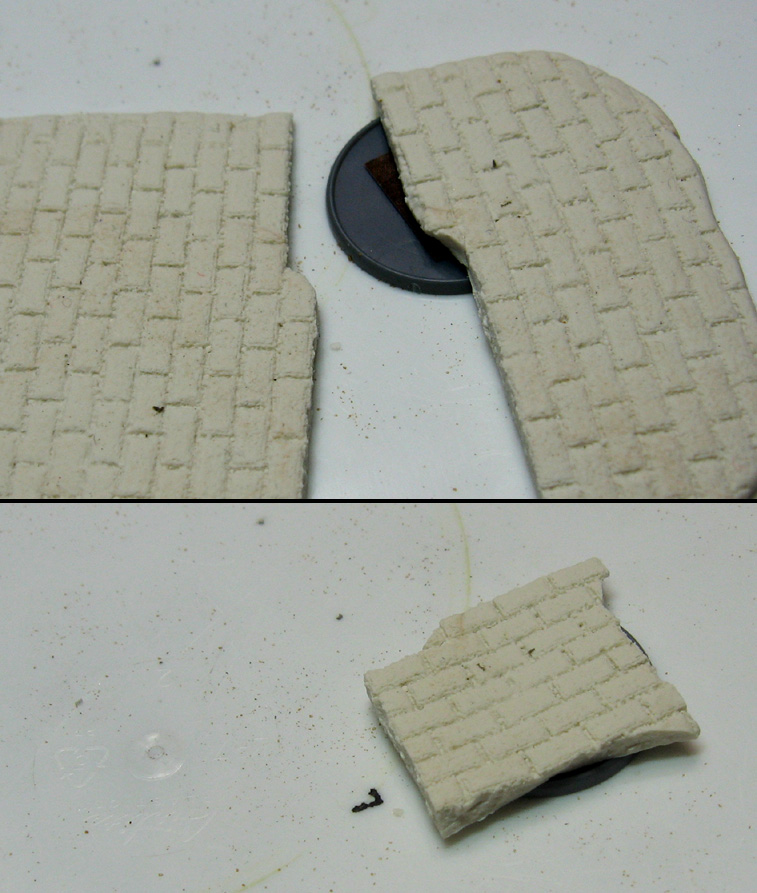 Once I have the overall shape, I cut out a few of the bricks with my wood carving tool. 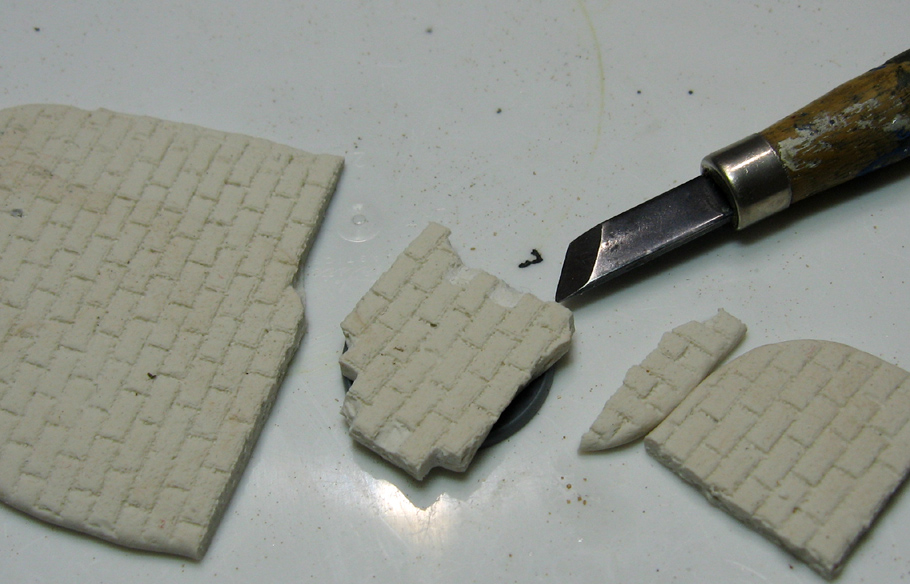 This is repeated on a few other bases... but I want to save the brick texture for something else... 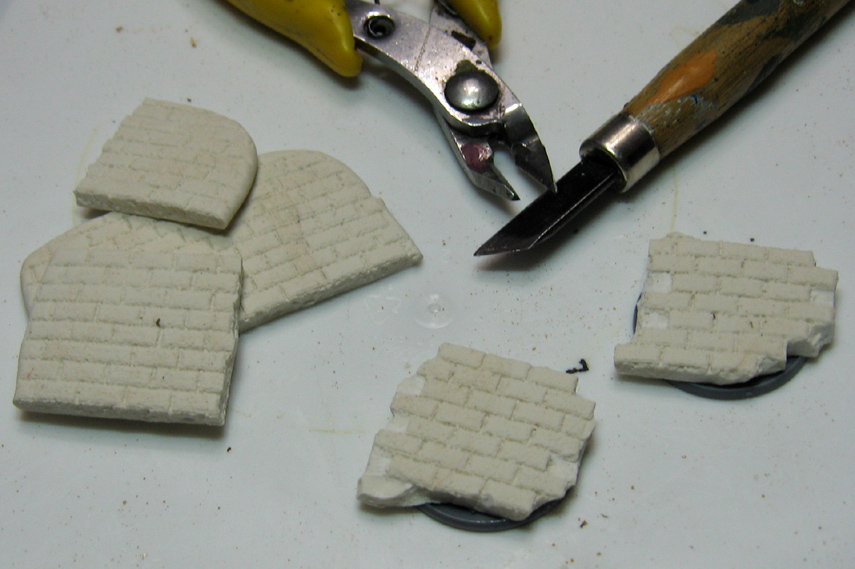 Most of the bases are going to be made from the cobblestone texture, so that the brick sheets can be used for the remains of upright walls. 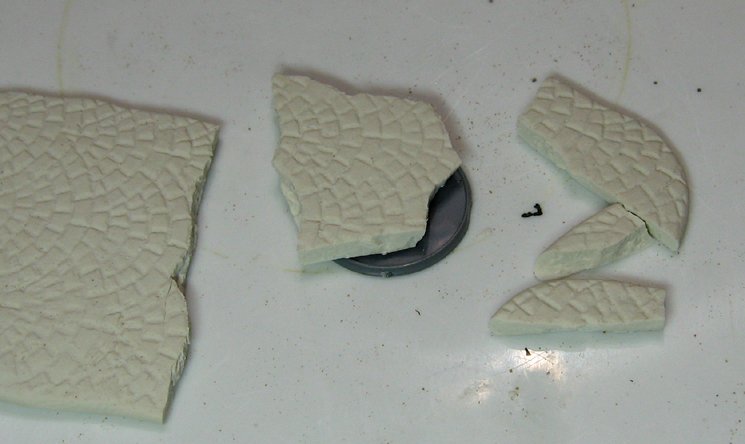 Just as I did with the bricks, I tried to cut out a few missing stones, especially around the corners. 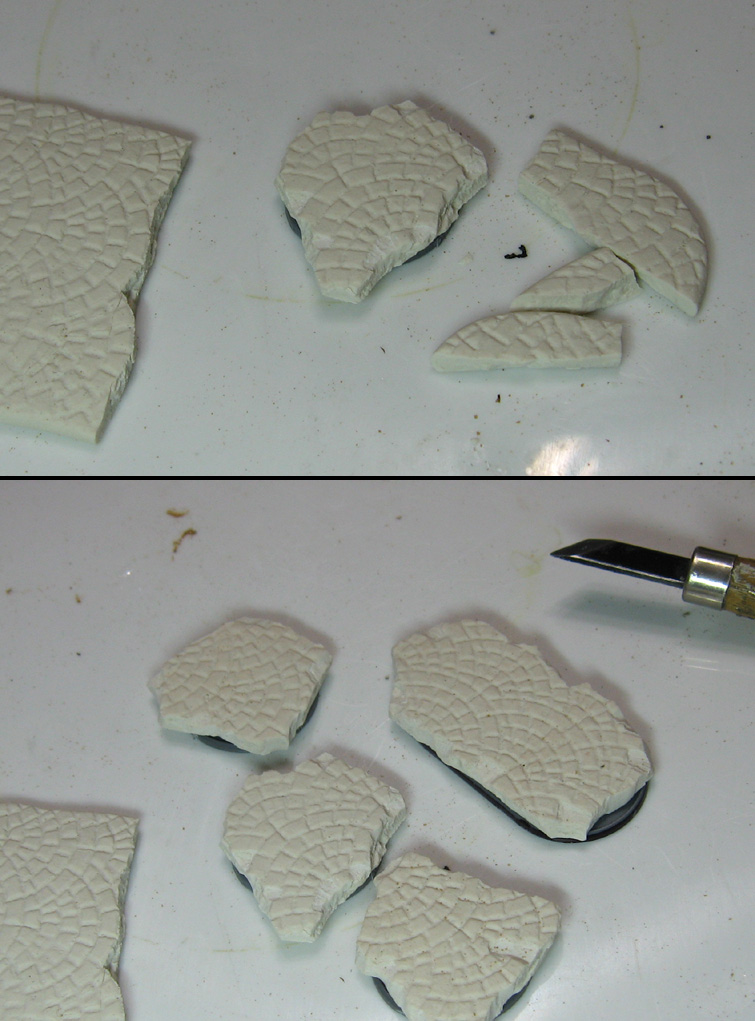 This U.S. MG team will be taking some cover behind the remains of a brick wall.  Broken bricks and some snow will also be placed on the periphery of the base. 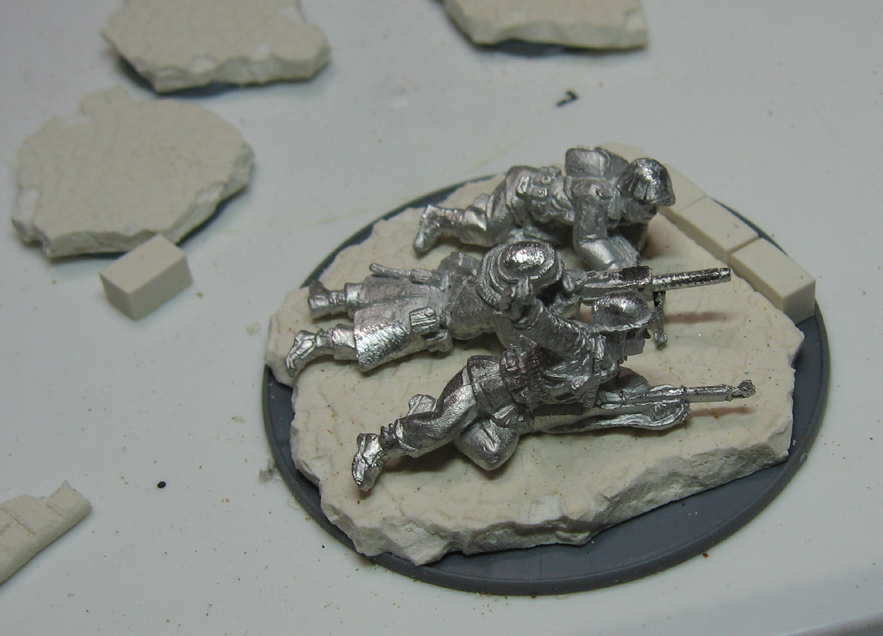 Whenever I bake sculpey sheets, I always take my exacto knife and cut out some rows of bricks.  I make a variety of sizes, all the way up to large stones of cinder blocks. 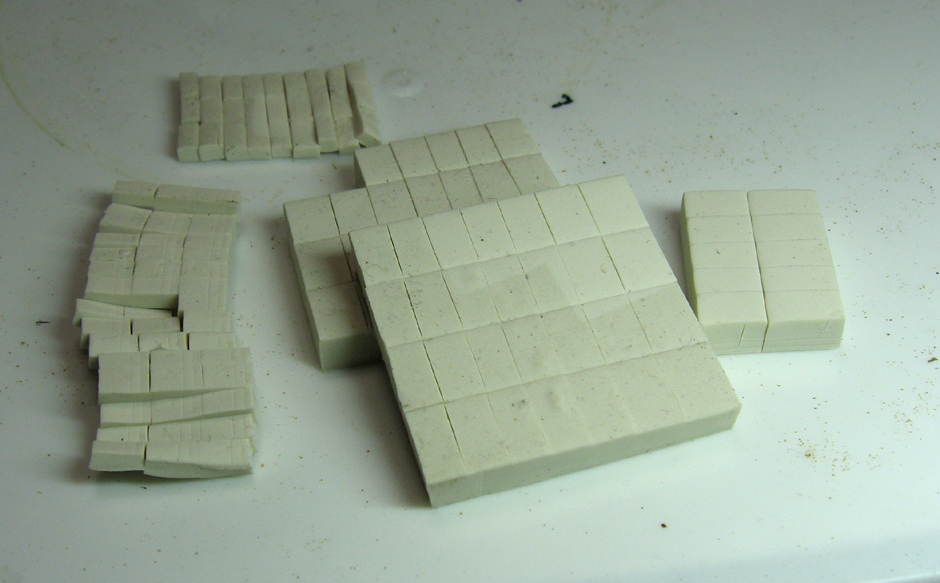 I chipped away at the brick wall section, using my large bricks as a curb.  It's best to chip away at the corners of the bricks to make them look a little less fresh. 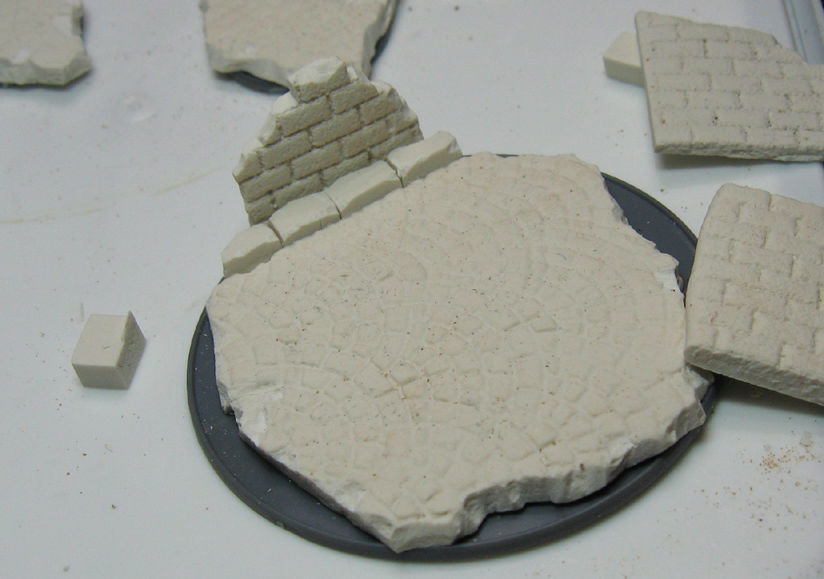 The basic setup of the base is now ready for the final touches, such as the piles of broken bricks around the edges. 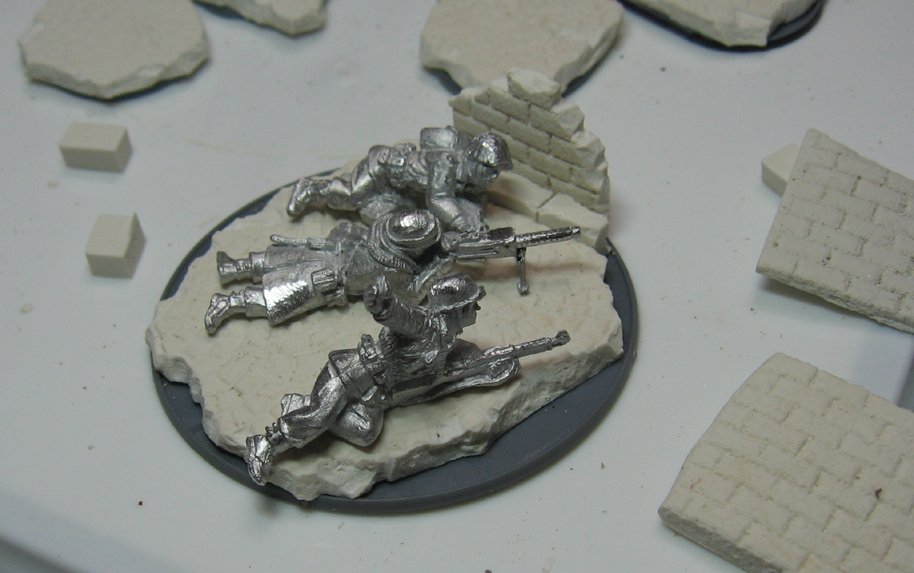 This Vallejo paste will be a perfect medium in which to set those bricks. 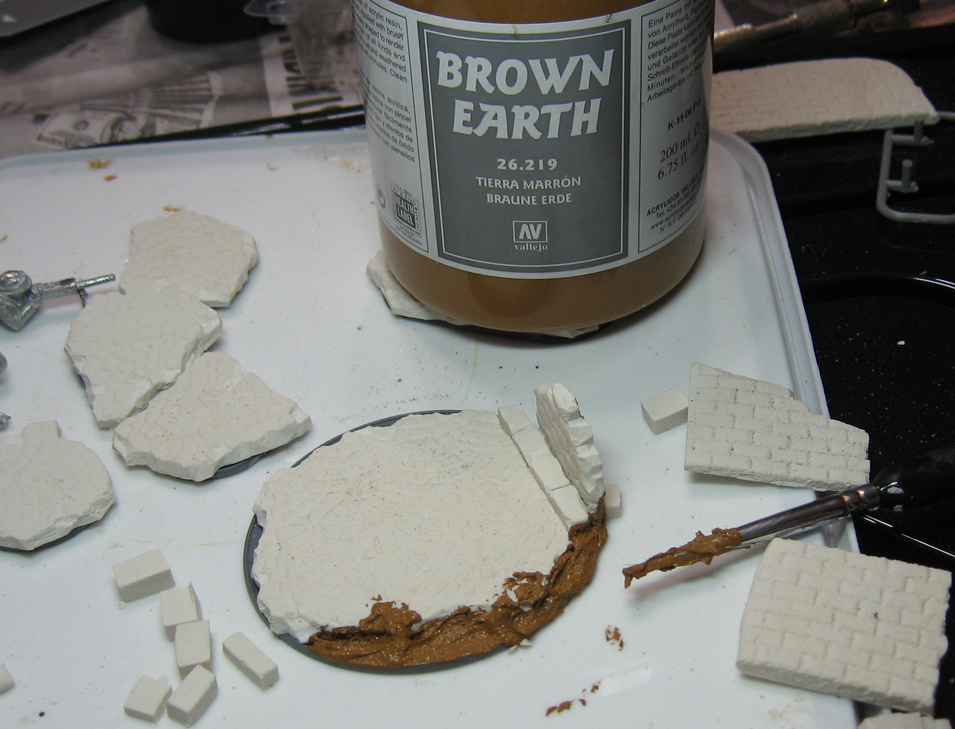 As I mentioned previously, it's best to chip off the corners of the bricks before you place them.  If you are building an entire wall from them, you could do that once all the bricks have been glued in place.

Some lights sand and gravel is added to help keep them where I want them.  It's important to remember that snow will be put on top of most of this. 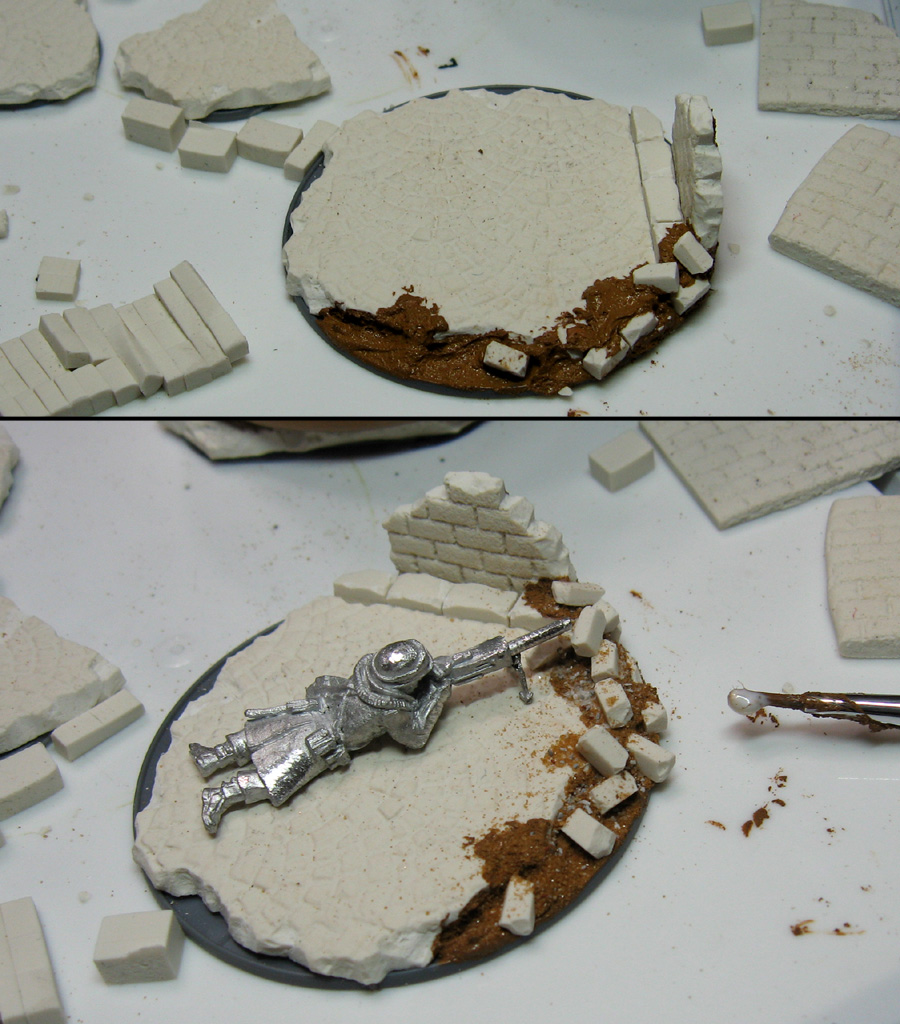 I kept working around the edges of the base, putting bricks in as random a pattern as possible. 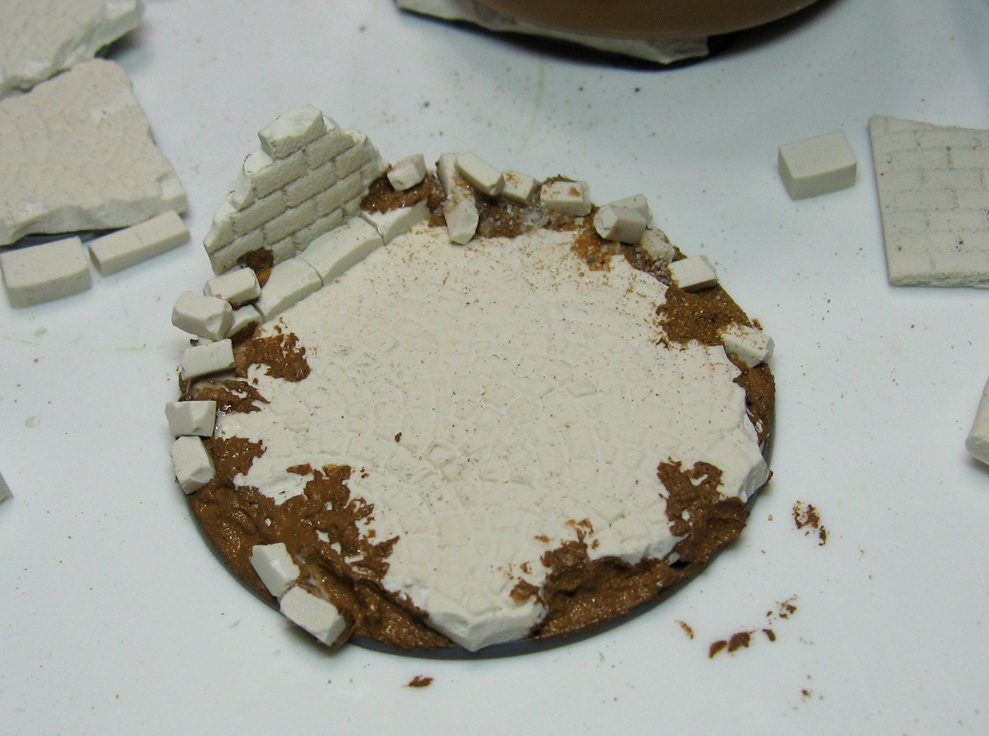 A little sand and gravel over the top, and this is just about ready for painting! 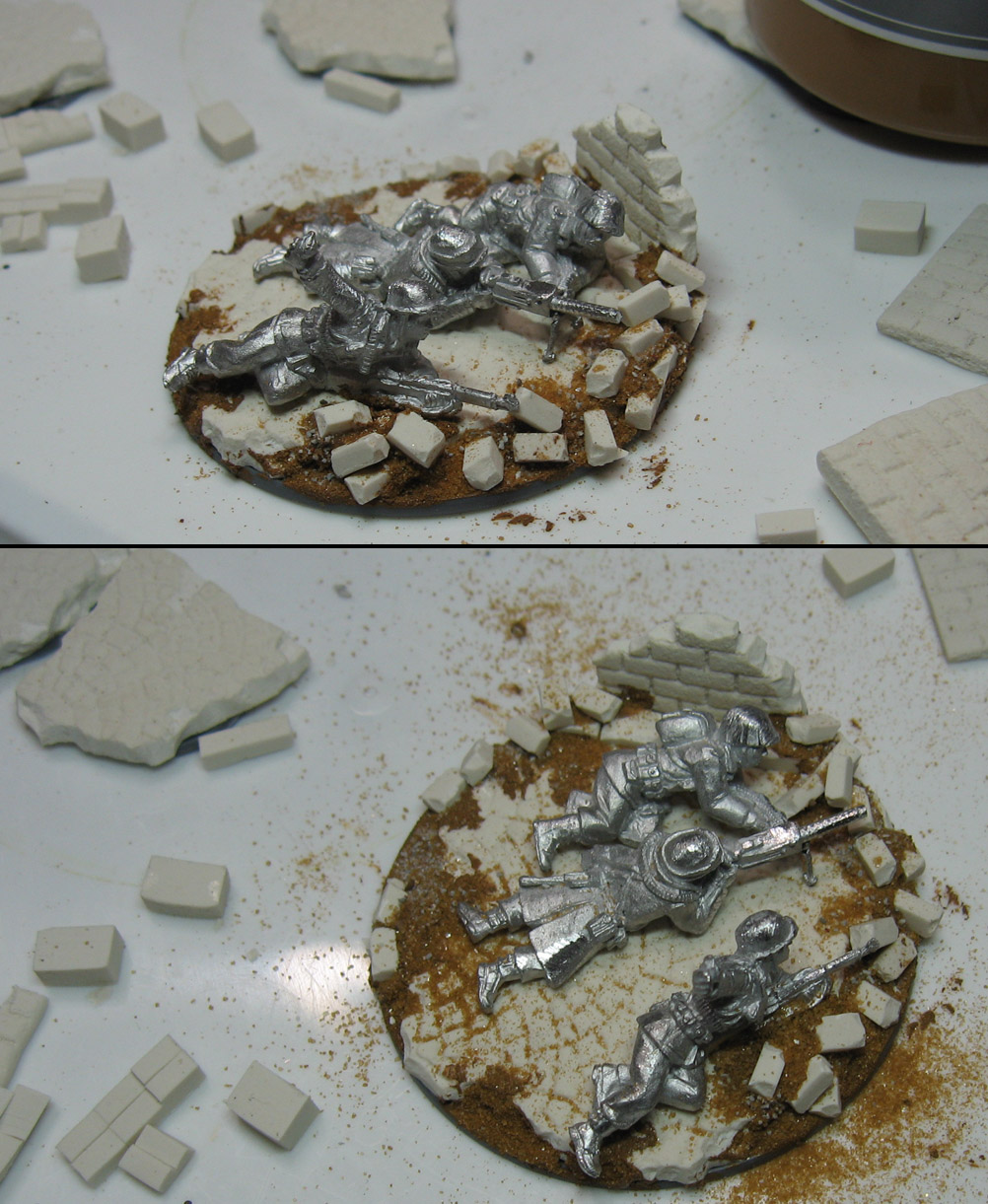 I will be adding the same kind of broken brick textures to the other small bases too.  Once these are painted and the snow added, I will do another post to show you how those look!  Stay tuned... 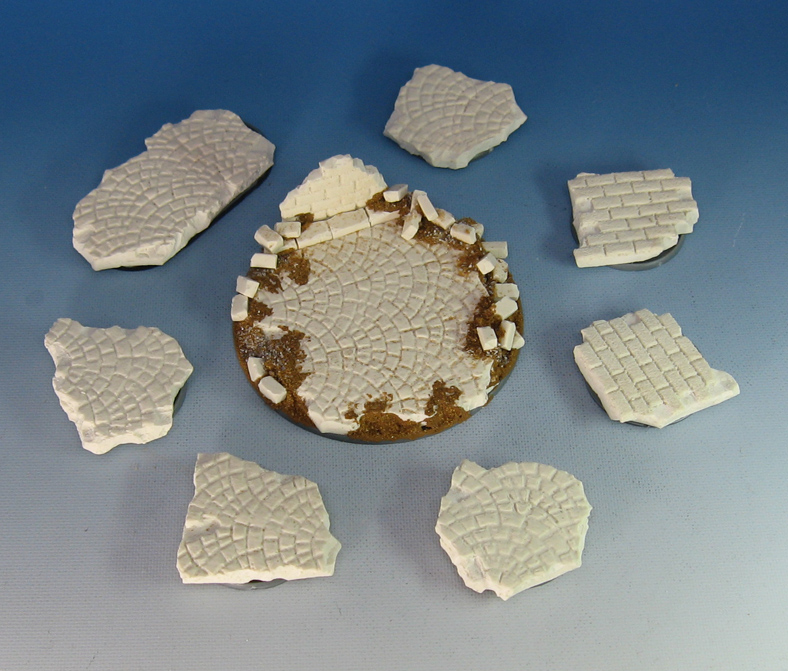