Using Secret Weapon pigments of for the Painting with Powders video 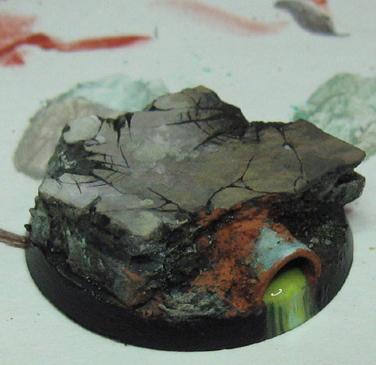 Among the many things I was doing today, I worked with the Secret Weapon pigments on the Painting with Powders video.  As I did so, I set up some other bases to test out various techniques.  Here we have some Dark Eldar bases...

You can see the base for the video miniature sitting on the palette.  I wanted to see if the powders could be used as a dark wash as well (mixed with rubbing alcohol), so that one did not get the usual dark washes as the base on the left. 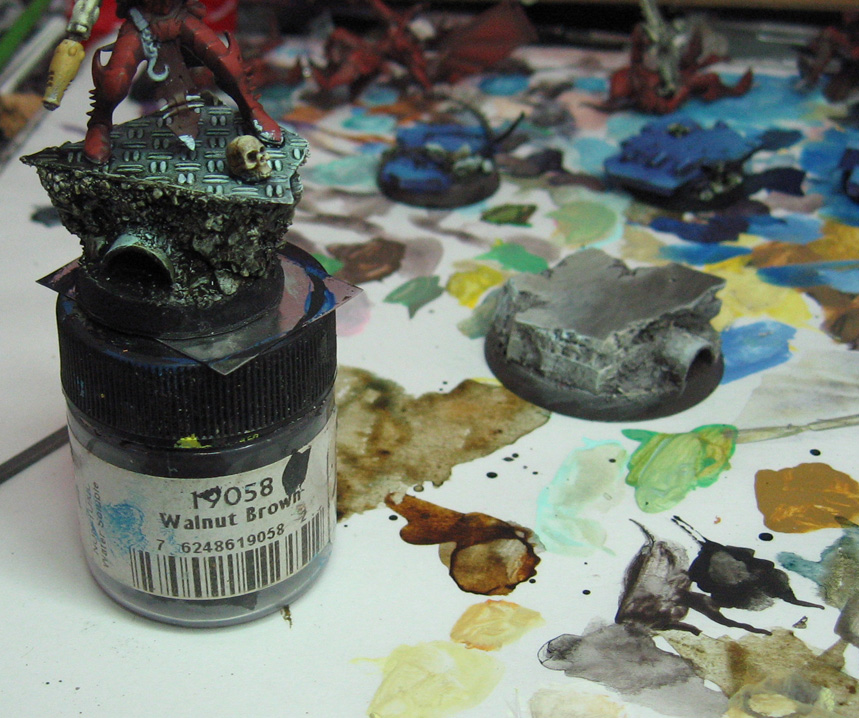 This closer base was done for testing the rubbing alcohol blended powders. 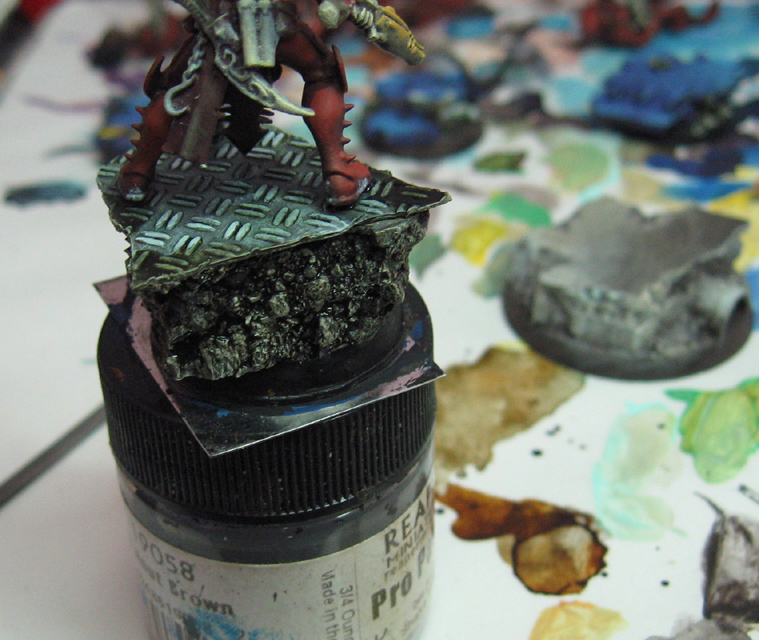 To avoid some of the messes I have caused in the past when I used the powders, I set them on a board off to the side, which would hopefully keep them out of the danger zone!  I let the caps open as well, so that I could dip back into some of the colors when needed.

This is part of my pigment collection :-)  Many of these colors you see are going to be used on the miniature itself, which is a Raging Heroes sci-fi Gluttony.

The pigments arranged on the palette.  Looks kinda familiar, eh?  The blue cap on the left has some of the new Fixer in it. 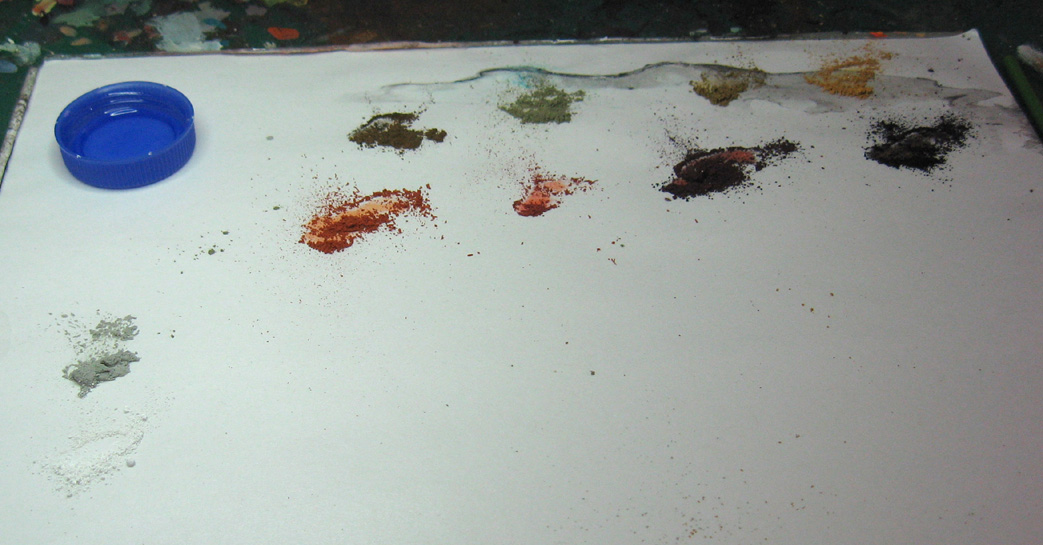 One of my first tasks was to paint the base for the Gluttony miniature.  You can see all the powders being mixed with the fixer ad rubbing alcohol. 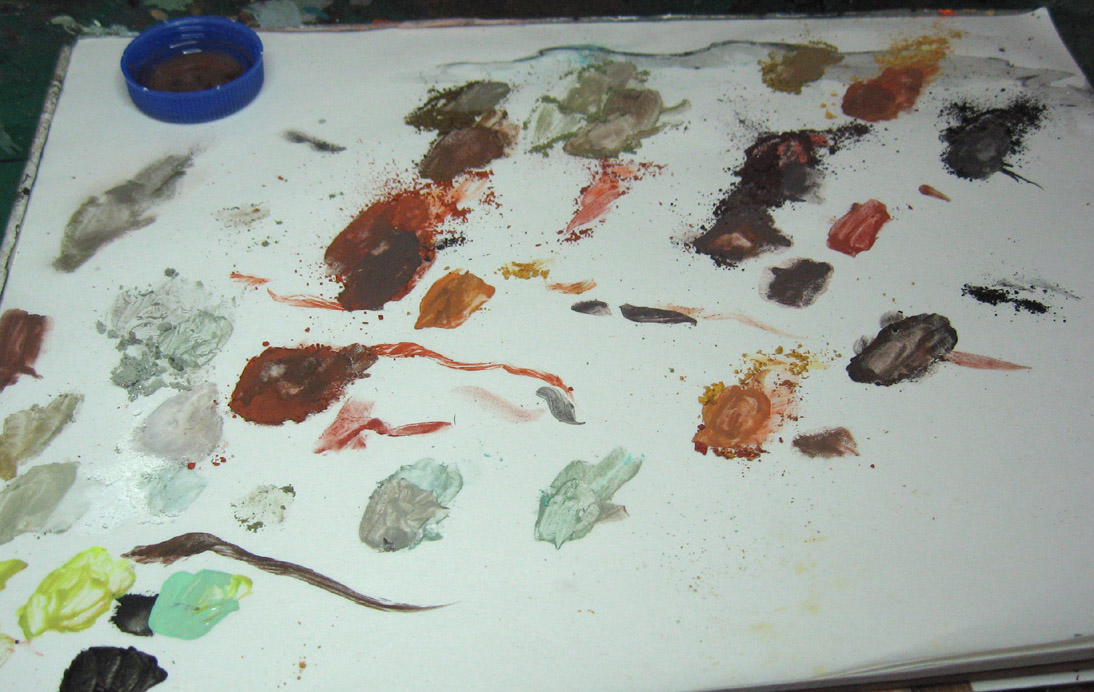 Here are some shots of that base.  Most of the 'painting' was done with the pigments.  I used some gloss medium and fluorescent paint for the ooze.

Here I did a different test.  Putting the pigments on dry, and then washing the fixer over them. 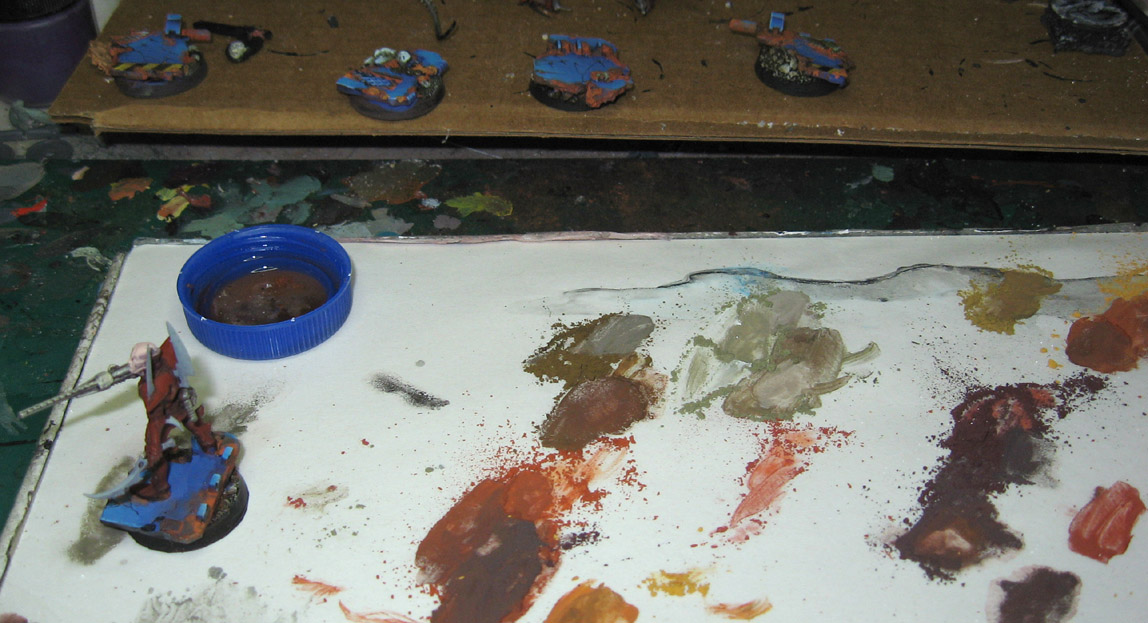 I did a little of each technique on these.

Posted by wappellious at 6:45 PM 8 comments:

Ice Queen for an icy day... 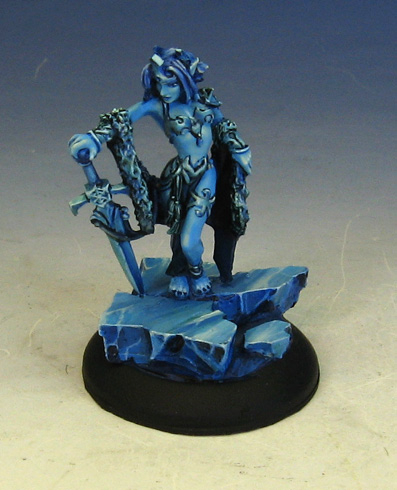 There was a certain amount of irony painting this figure on one of the coldest June days ever.  She is for the "Painting the Blues Away" video.  I suppose that is somewhat obvious!

This is another miniature where the painting of the base is a big part of the action.  The idea was to be able to show as many shades of blue as possible.  Running the gamut from purple/blue to a seafoam teal, I packed all sorts of blue shades into this figure.

The ice block was perfect for this!

The figure if from Reaper Miniatures, and the base is part of the Groundwerks line that I sculpted for Cool Mini or Not.  I put a coat of gloss on the ice, just for fun.  It added a bit of textural difference, which helped to distinguish the base a little more... 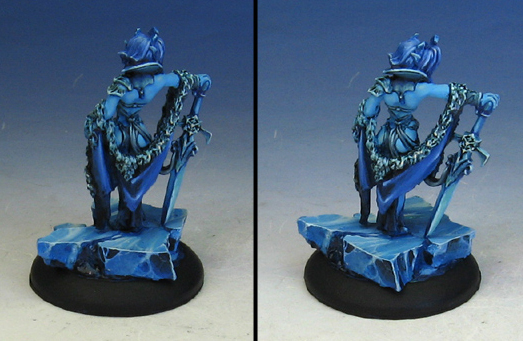 More on the way!  Stay tuned! 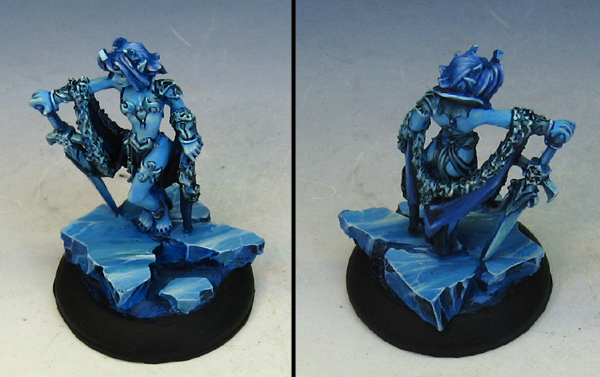