It was a wild life 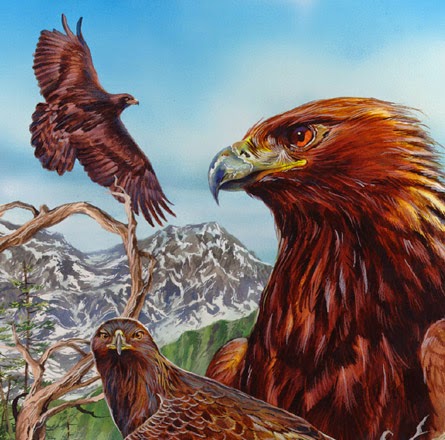 Along with all the astronomy images, Celtic mythology, fantasy scenes and such, I used to love painting wildlife.  It was a fun change of pace from the usual portrait work.

I also combined the Celtic knotwork with the wildlife paintings, such as this piece, called Nightsong. 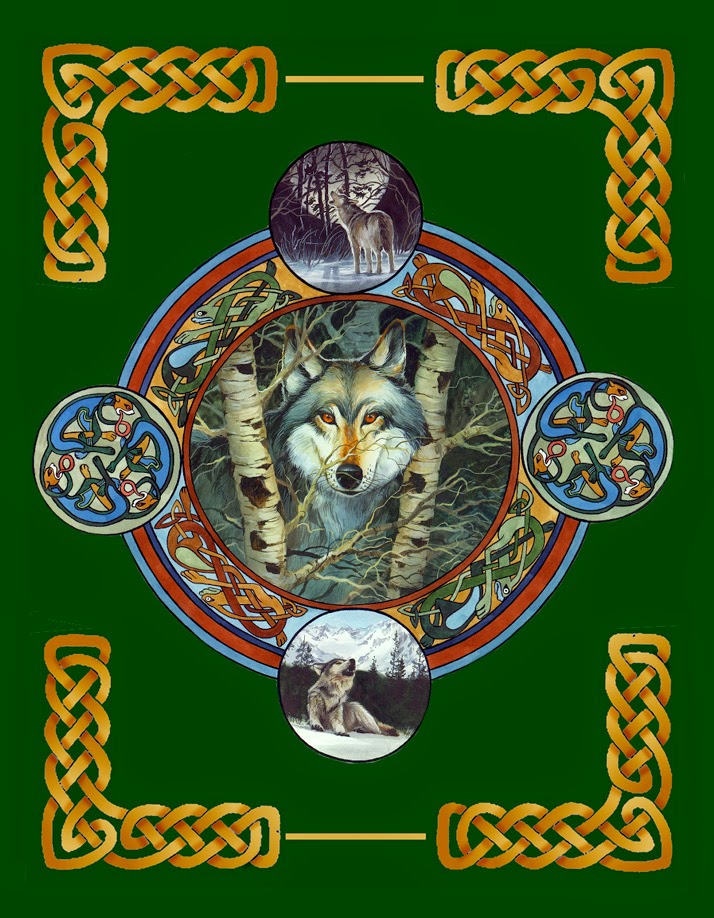 Look at the birdie!  This is Lord of the Skies.  Painting these was great practice for all the eagle faces I have had to paint on miniatures! 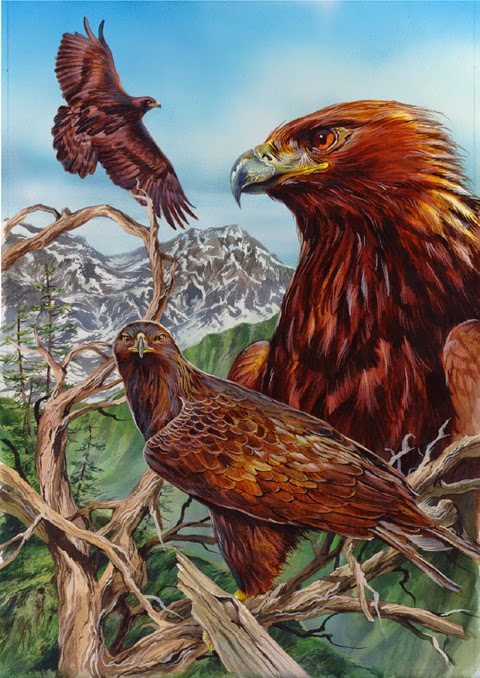 The Lone Wolf and the North Star.  A painting that I made for my wife for Valentine's day, I believe. 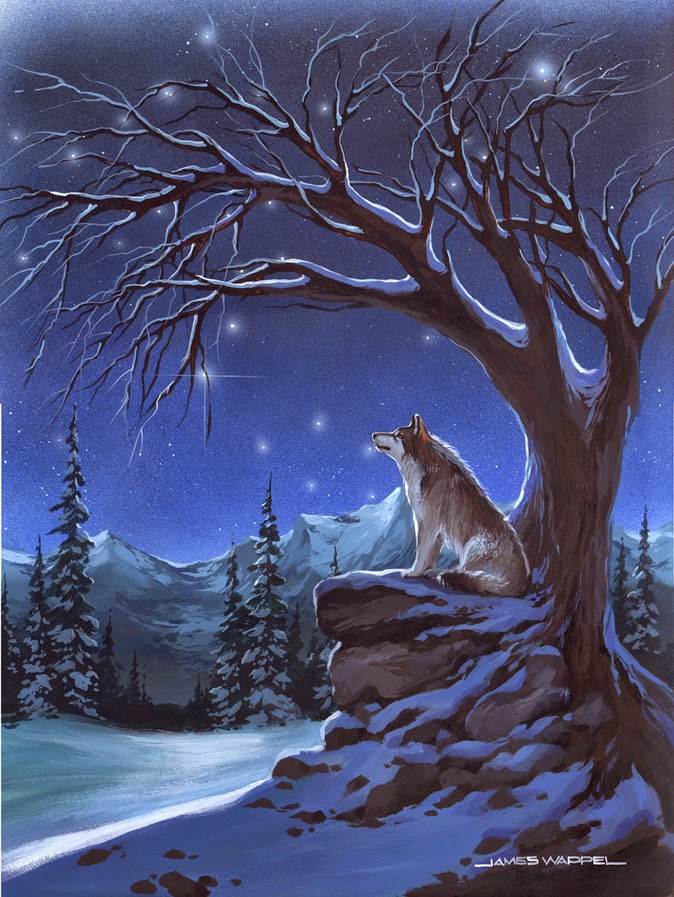 Another rare pastel piece, called Just Hangin' Out.  This might have been the largest pastel painting that I ever did. 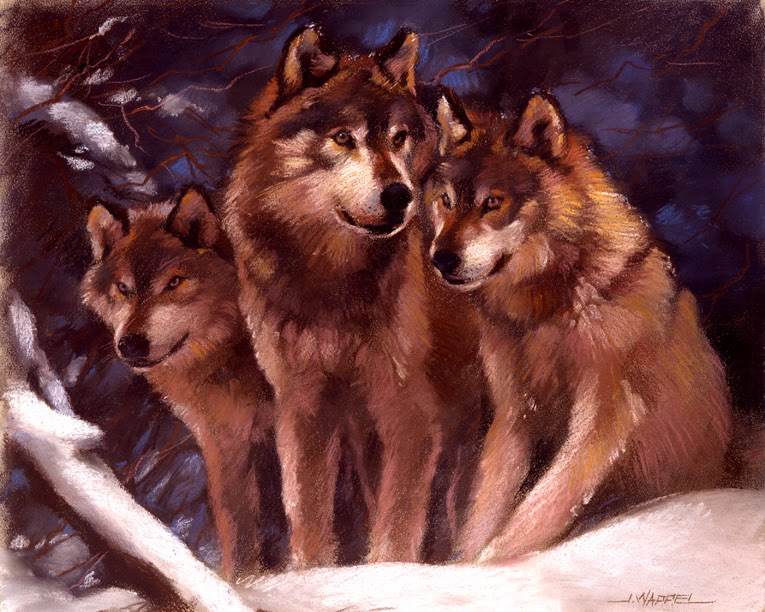 Some of you might recall the Pebeo paints which I used to paint on glass and ceramic tile.  It was really neat stuff, since you could fire it in a regular oven at low temperatures.  You had to approach it differently, since many of the colors were very translucent.

Once it was fired, it had great luster, and you could use it as a centerpiece to place hot serving plates. 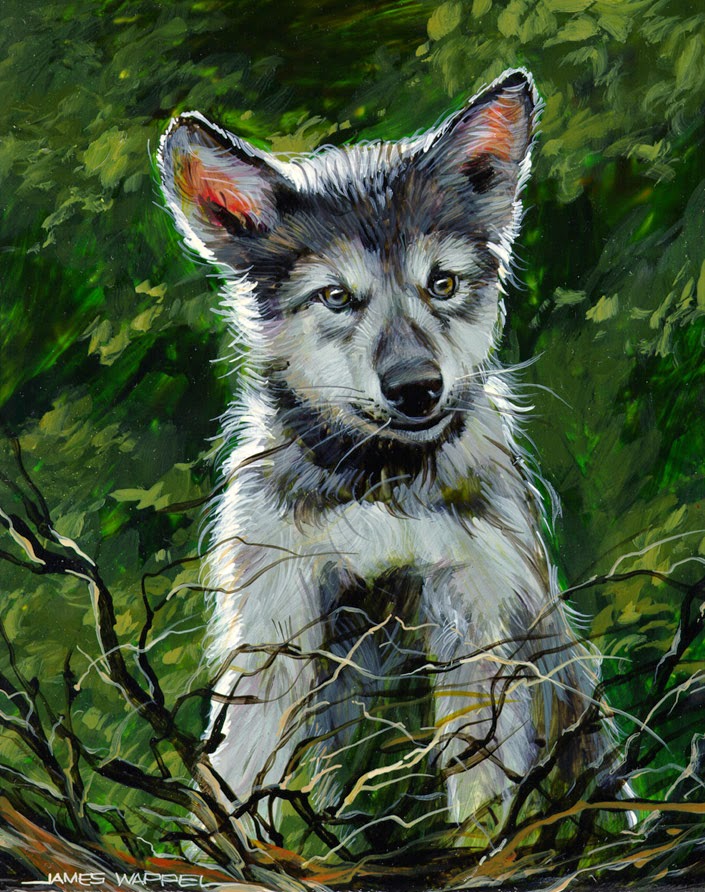 One more ceramic tile piece.  The neat thing about these is that they will last forever... or at least as long as the ceramic tiles!  So, thousands of years from now once the 'cloud' has dissipated, this old fashioned method will still be around! 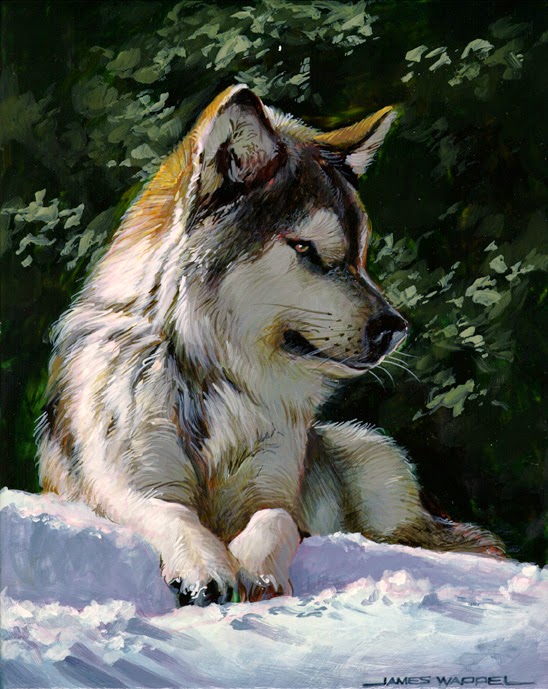 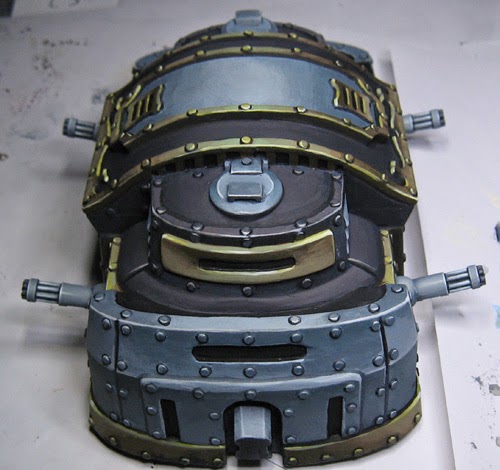 More aspects of the middle cars to complete, including the gatling guns and the weathering. 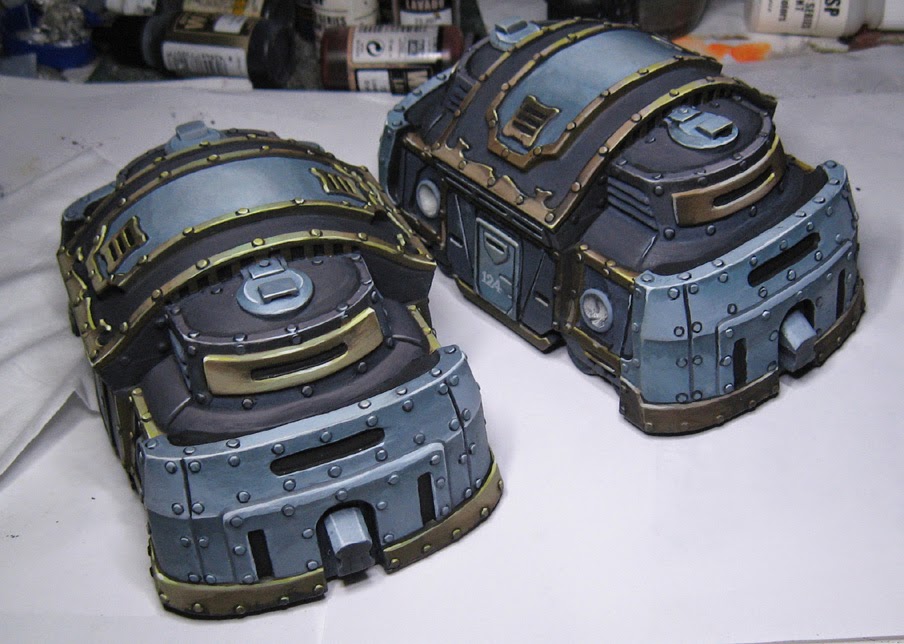 I tried to get both of the cars to look as similar as possible before doing those effects.

Kinda wild to see them both together, and intimidating as well, since these are the smallest of the cars! Not sure how I will photograph the whole shebang! 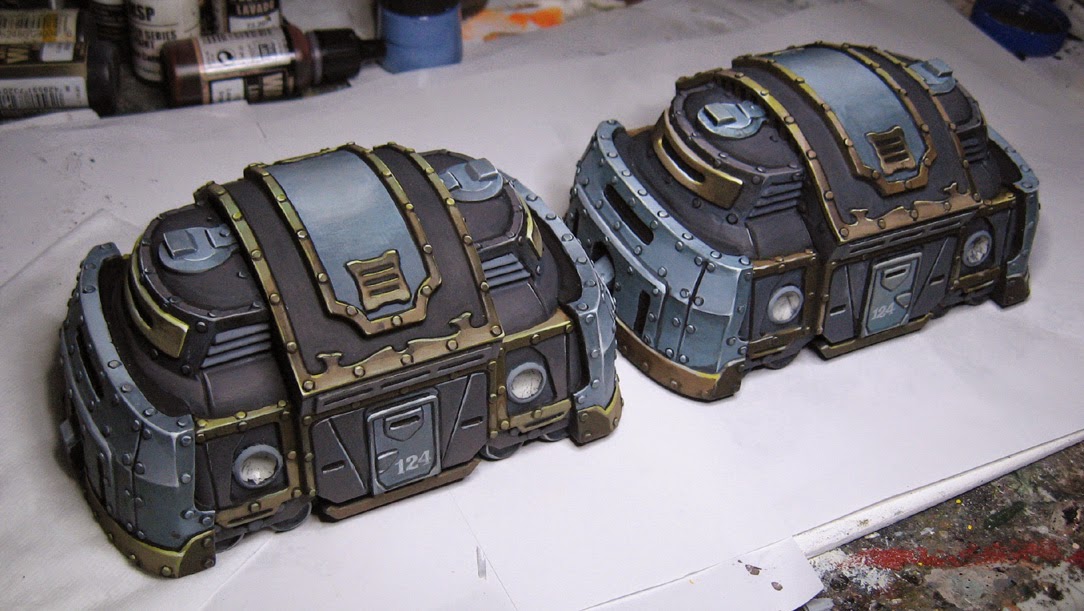 With eight of the gatling guns to paint, I got some blue tac and stuck them to my empty paint jars. 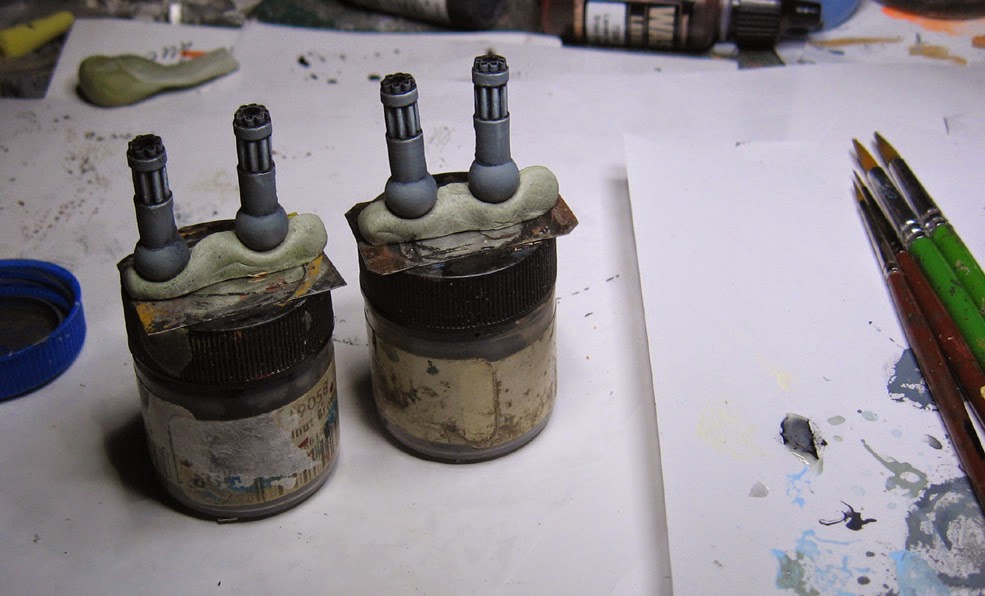 A little blue tac to put them in place to see what they look like! 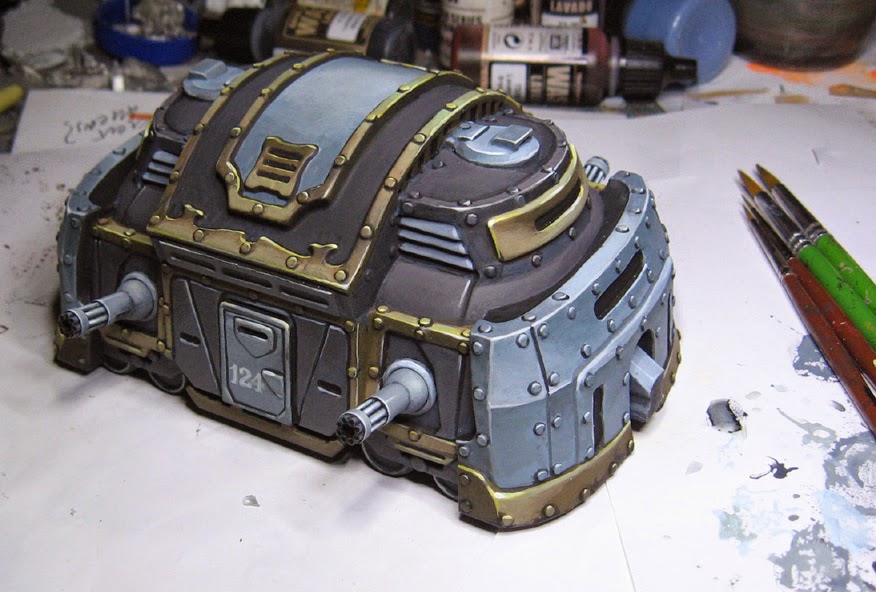 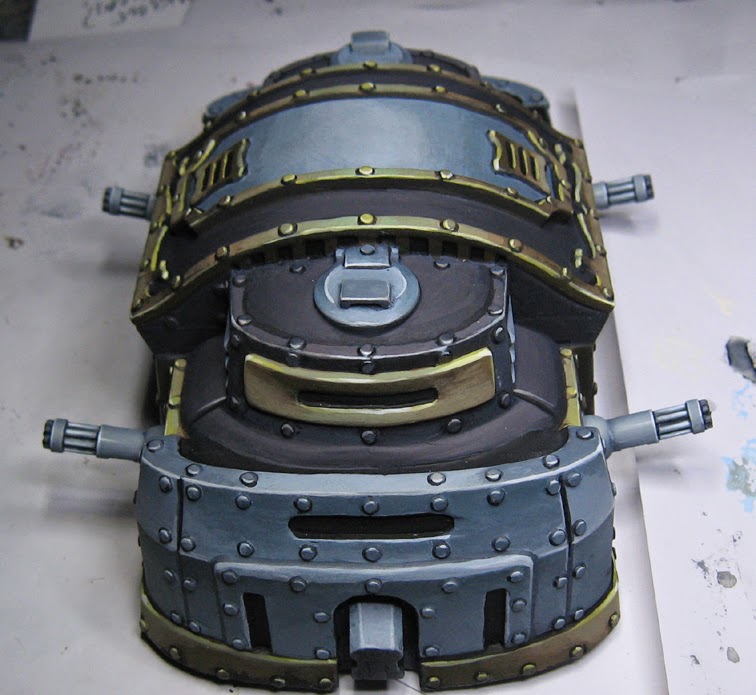 Ambushing this train is gonna get messy! 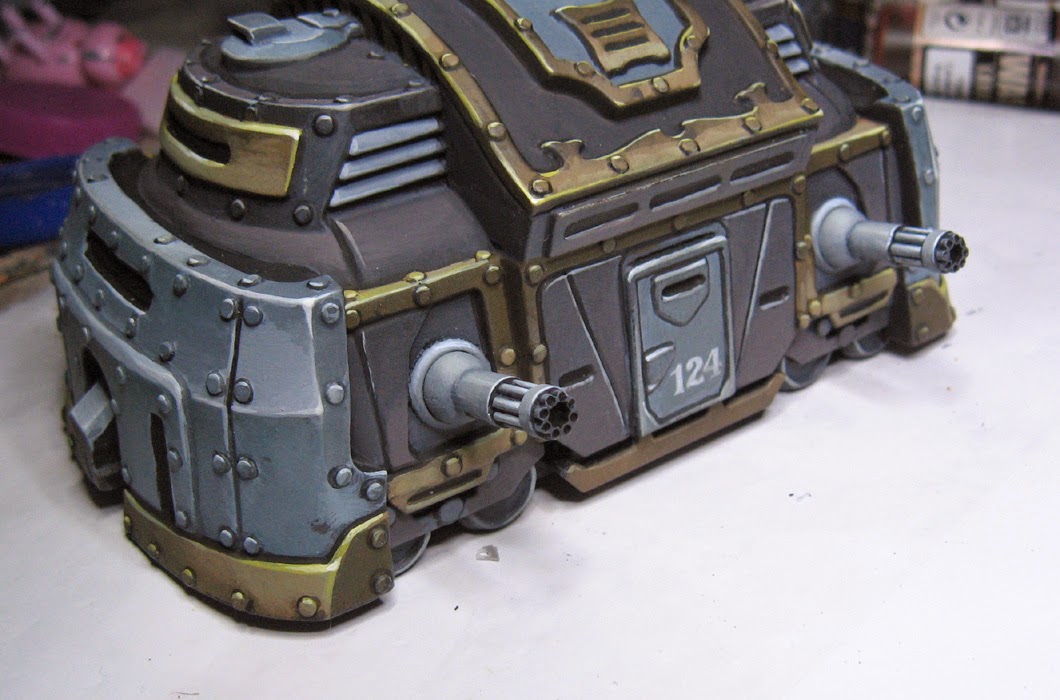 Weathering commences in the same manner as the other cars.  It has to be kept simple, so that all four cars will match.  That meant three colors only... the burnt sienna, the cadmium red, and the black. 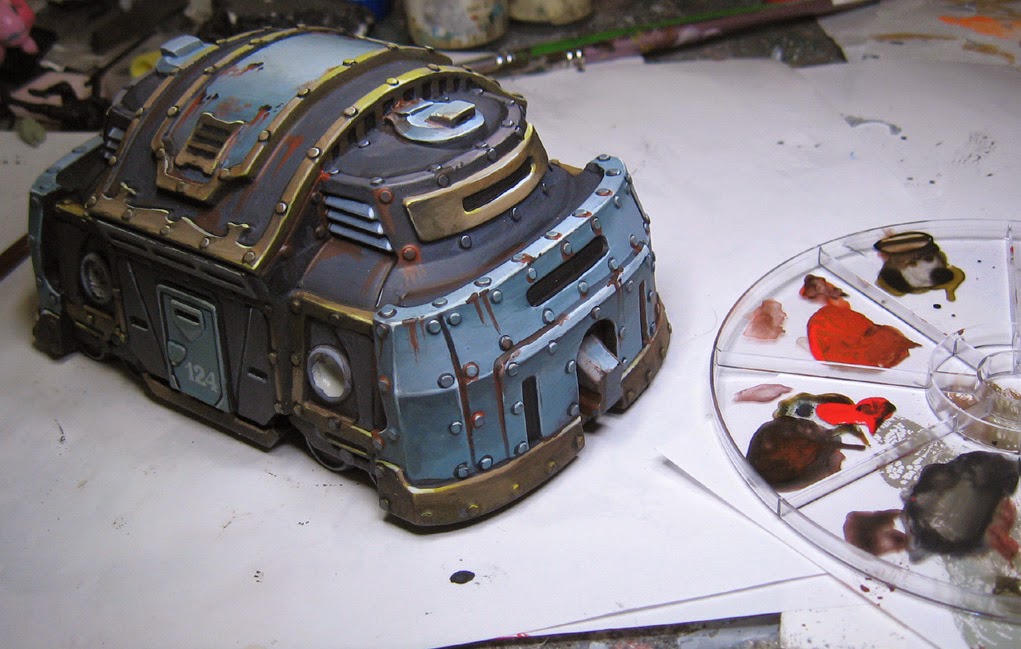 I tried to use the weathering as an accent where possible, in that it would create a little more interest in the recesses, which were obviously going to be very dark! 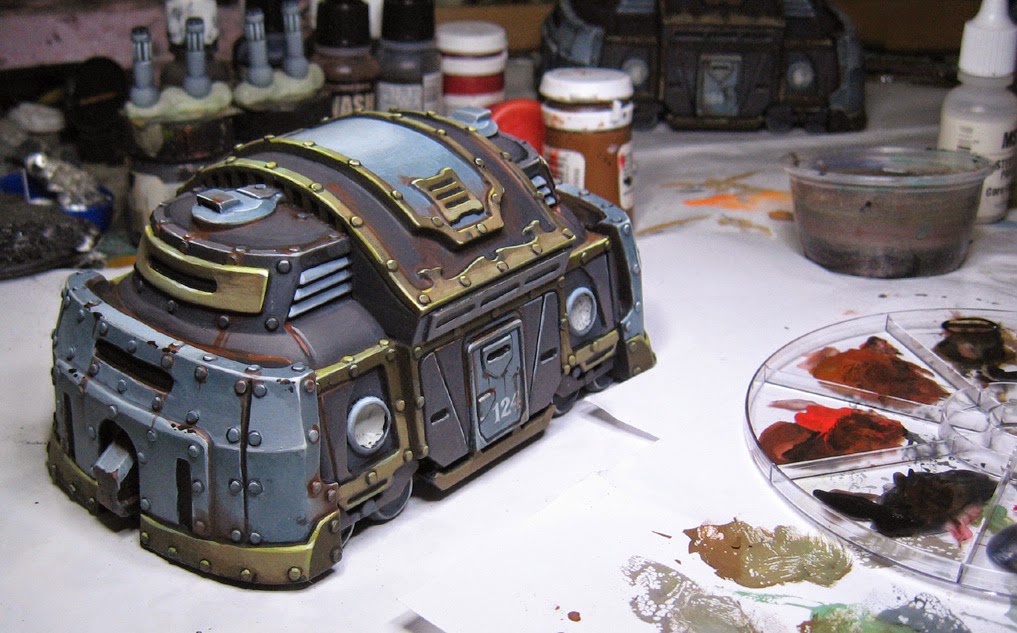 A few rust streaks on the roof to break up the large open space.  I chose not to do the U.S. freehand here, so that it would be more significant on the engine and caboose.

I started with a somewhat dark blotch, and then made it darker in some places.  The streak would originate from that point. 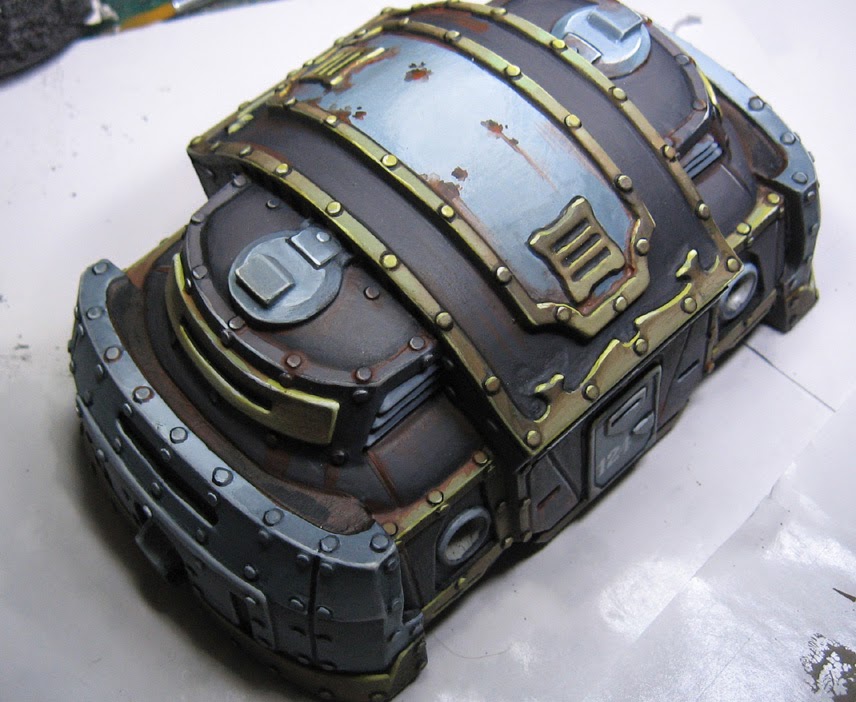 It took many hours to get both cars weathered! 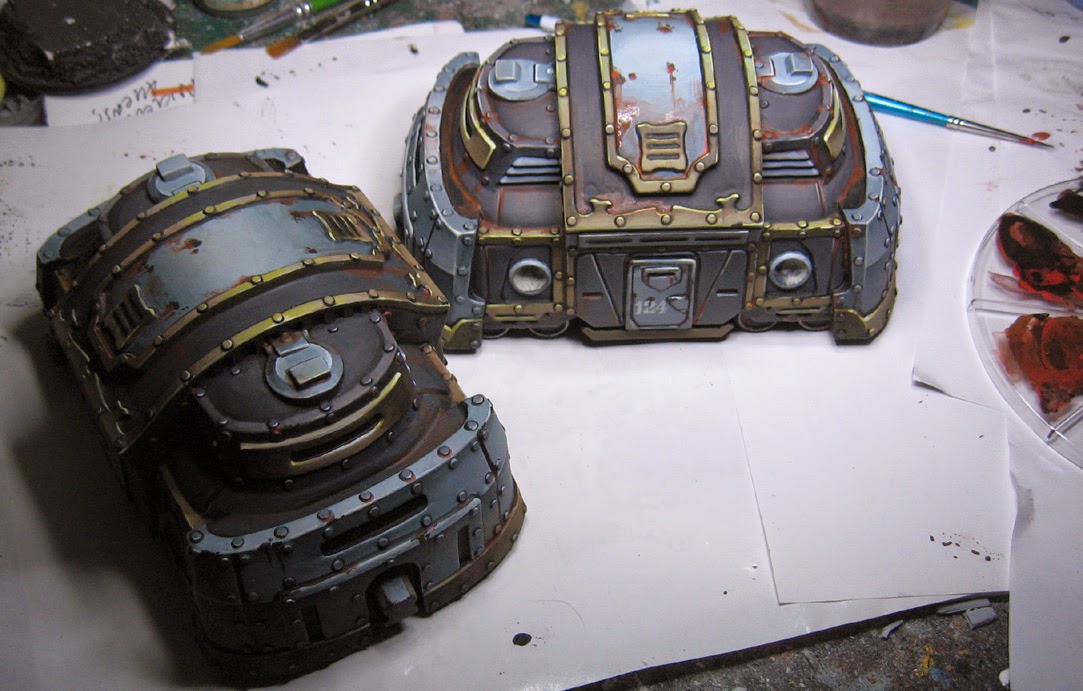 The caboose also needed to get its weathering effects as well. 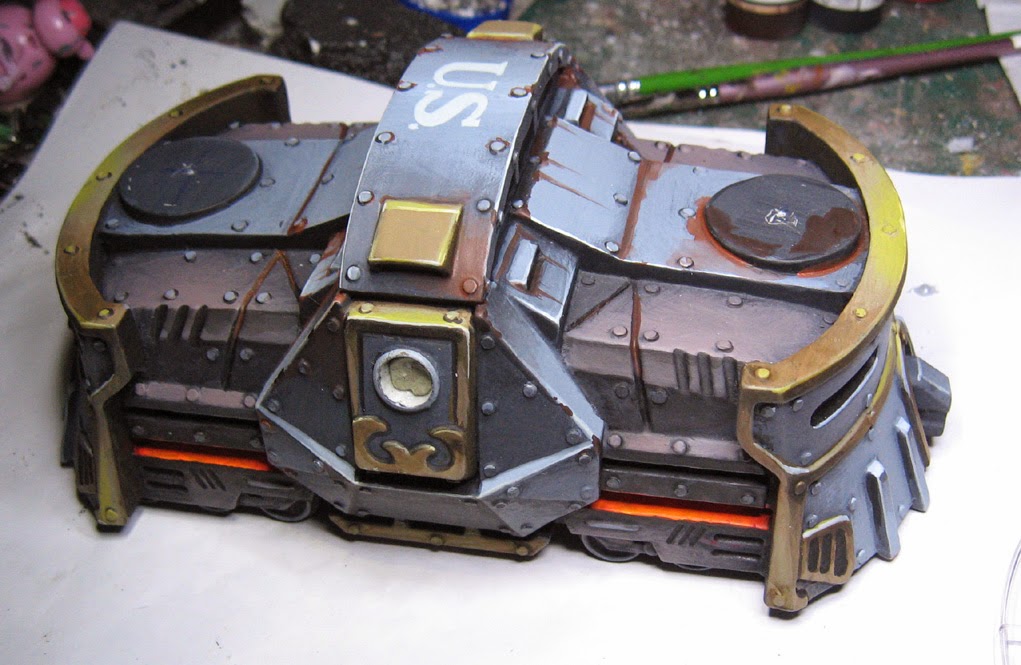 Wage has been very hard at work burning hundreds of disks the last few days while I work on Mechanicus and Wild West Exodus stuff! 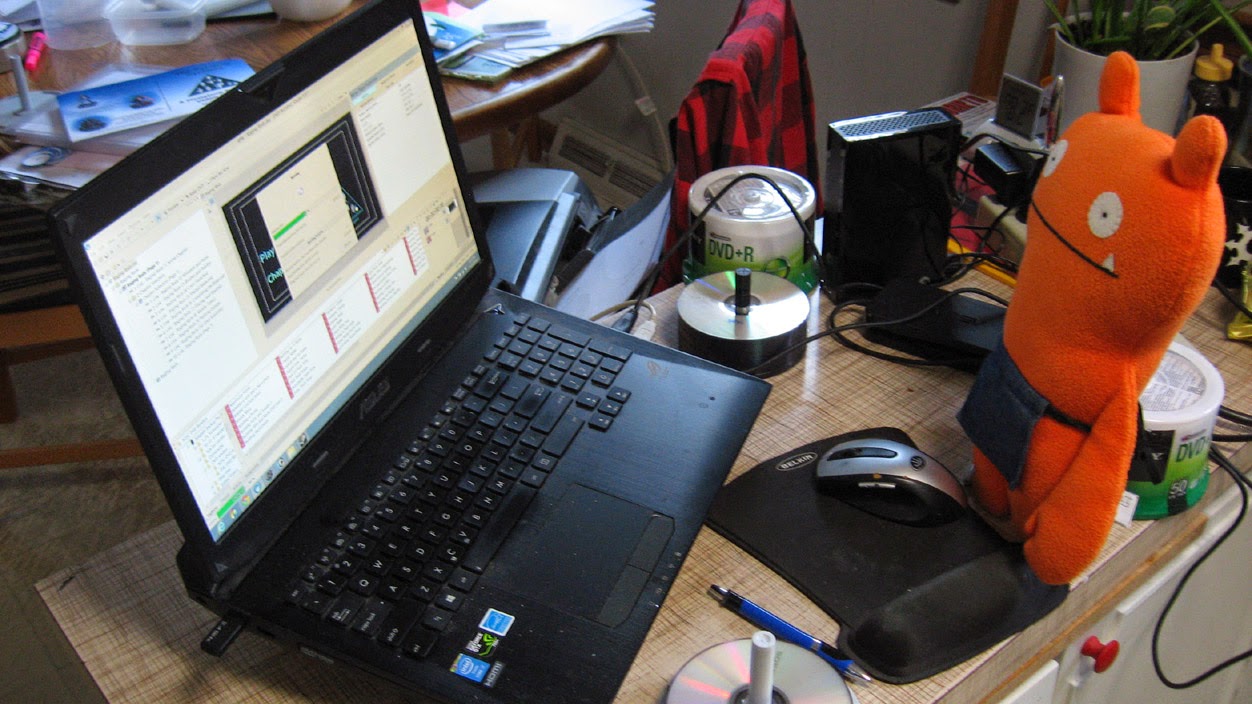 Posted by wappellious at 2:54 AM 2 comments: