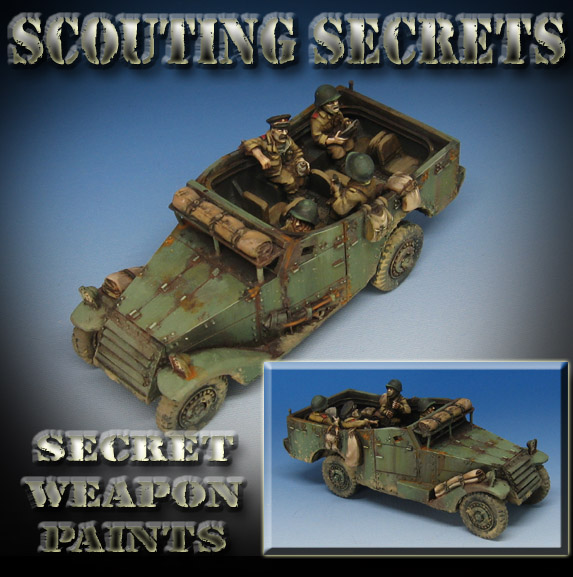 I have only painted a few U.S. made vehicles so far, but this Lend/Lease White Scout car was the most fun by far!

I used Secret Weapon Miniatures weathering paints to do the shading after my usual "Primer Painting", including the actual weathering.

Not only are the colors just what you want, they dry ultra matte, so it also matches the texture of rust and other oxidation effects.

The resident early war Soviet commander Royamanov took some of the left over Russian heads and put them on the passengers, along with one of the bottle arms :-)

I finished off the mud effects with the Mig Ammo mud products.  This was a very fun project... and there's much more Soviet stuff on the way!  Stay tuned...