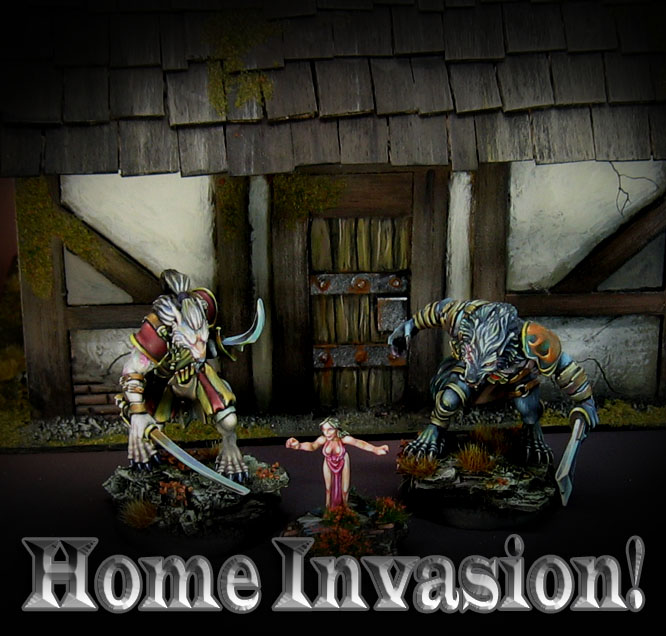 Now that you've seen the Monolith for my Tomb Kings, I wanted to show you the other piece of terrain that is demonstrated in the same video.  I just had to make these for my Lizard army!! 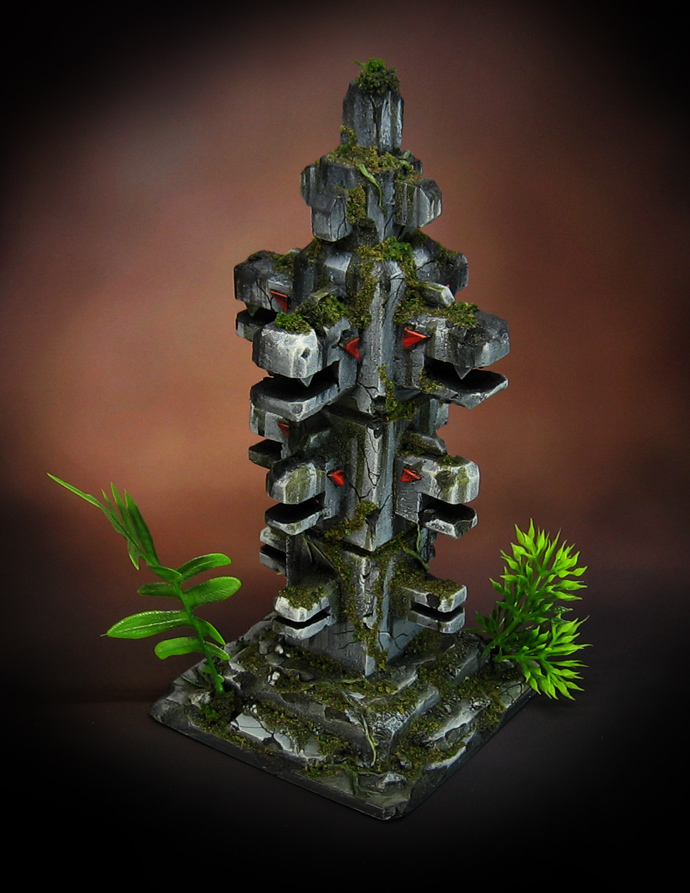 It is very fun to build, and once the foliage on it, the realism is pretty scary! 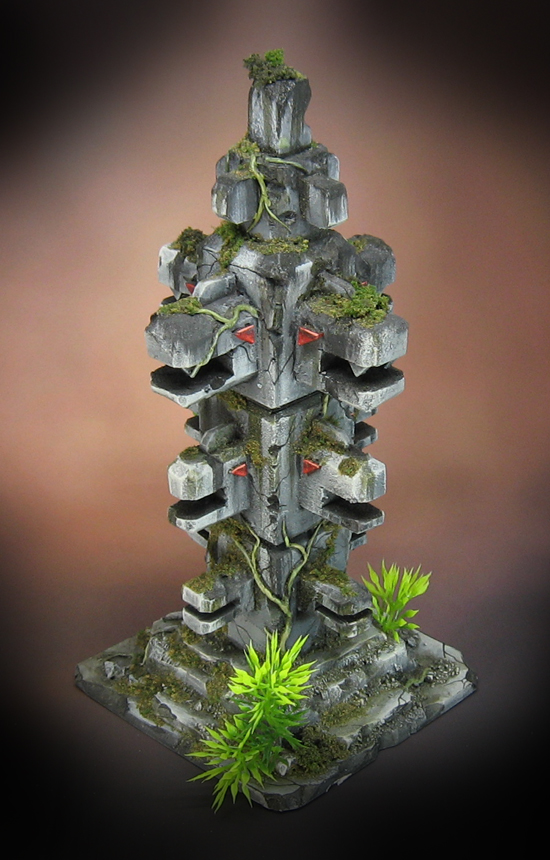 Another view from the filming of the video: 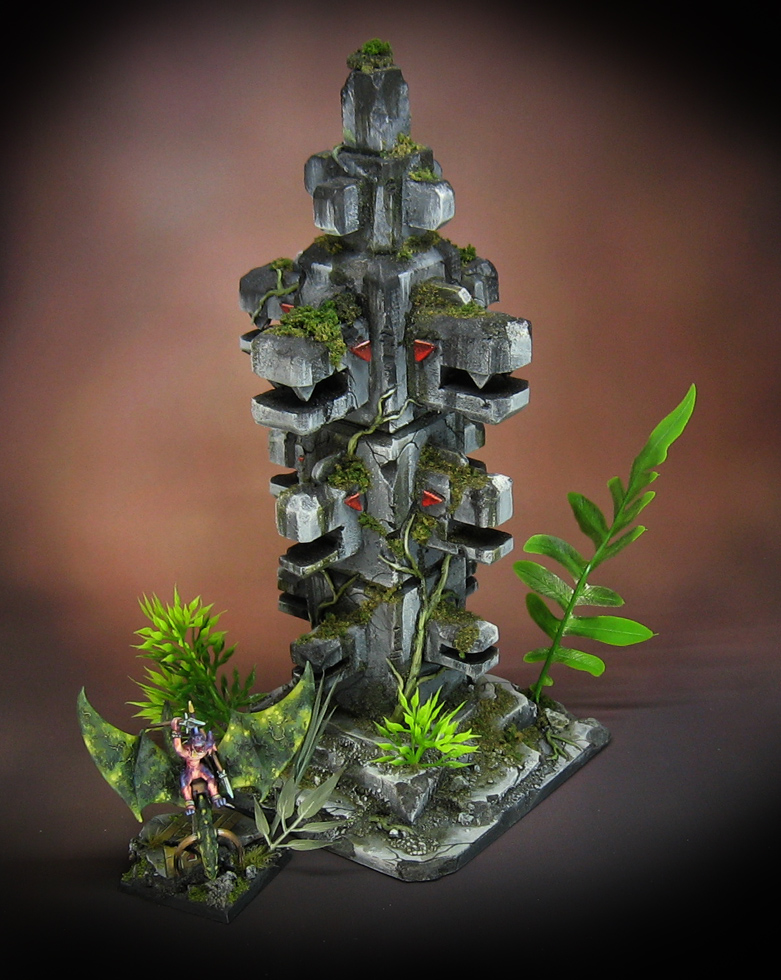 In addition to the monuments and houses, I created a video called Building Forts and Towers.  I used these in many of our games, and the walls were part of my display board at Adepticon! 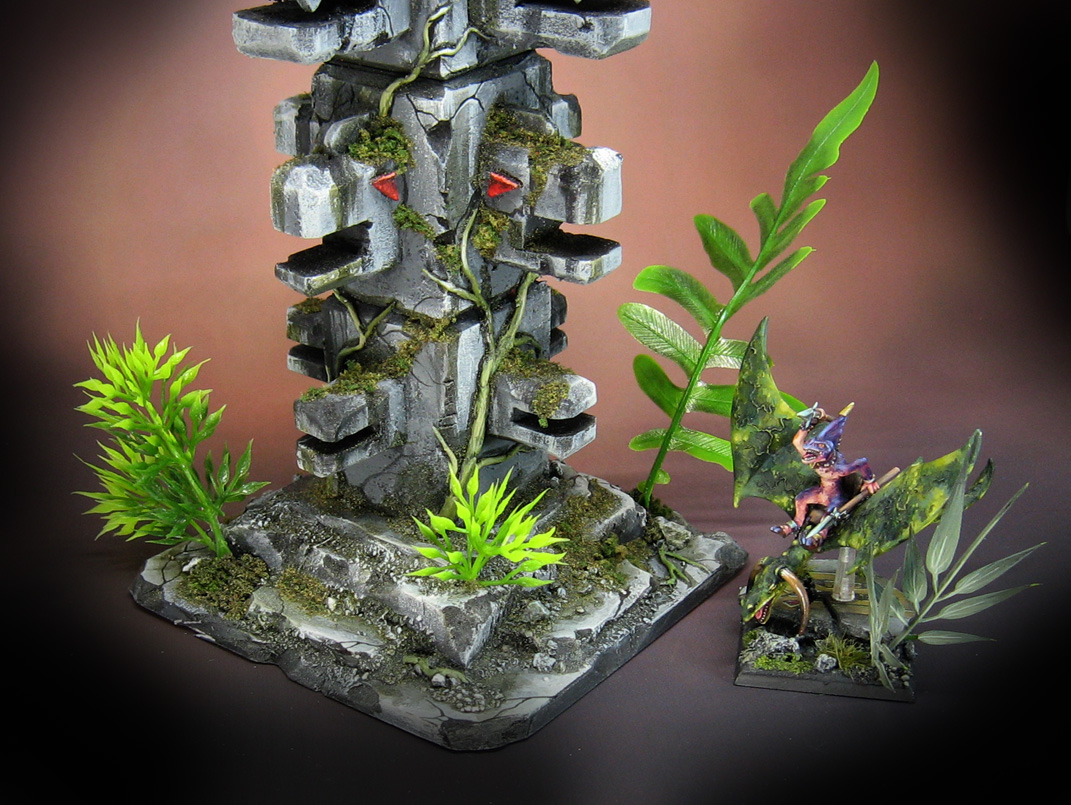 And now for the house from the Home Sweet Home video.  Here's a few pictures that I shot as I was raising the roof! 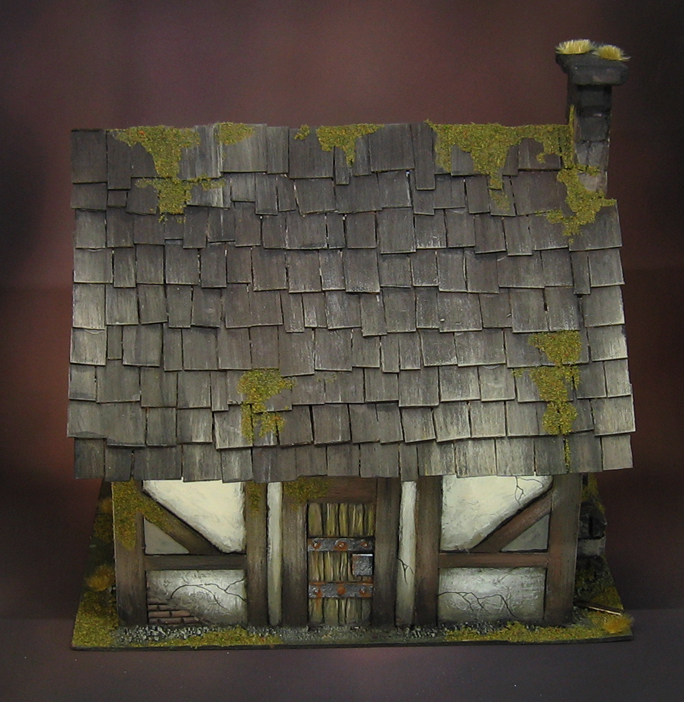 The process of constructing the house is not very complex... this is the first of a series of posts: 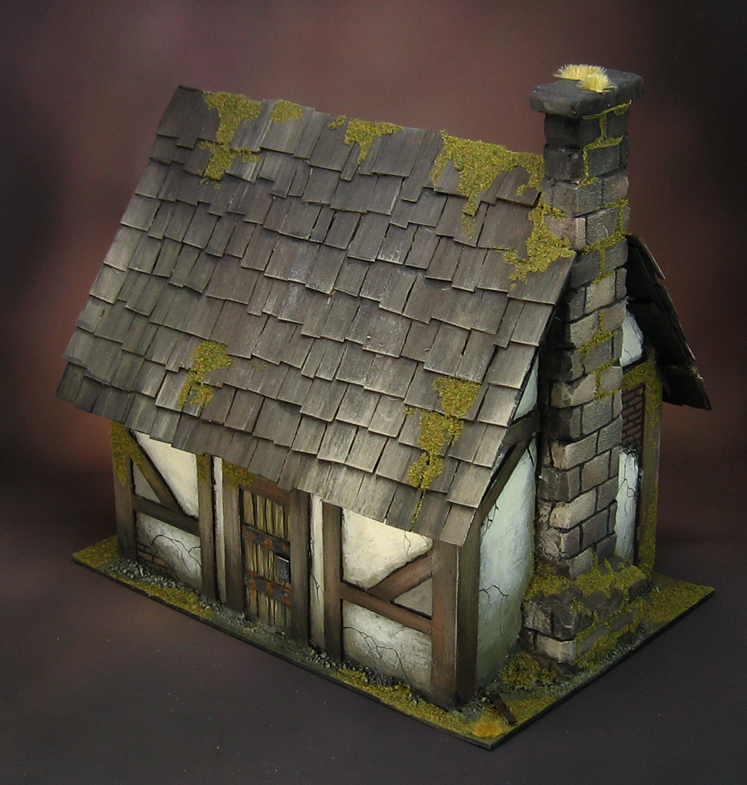 Obviously, this is a very fun piece of terrain to paint! 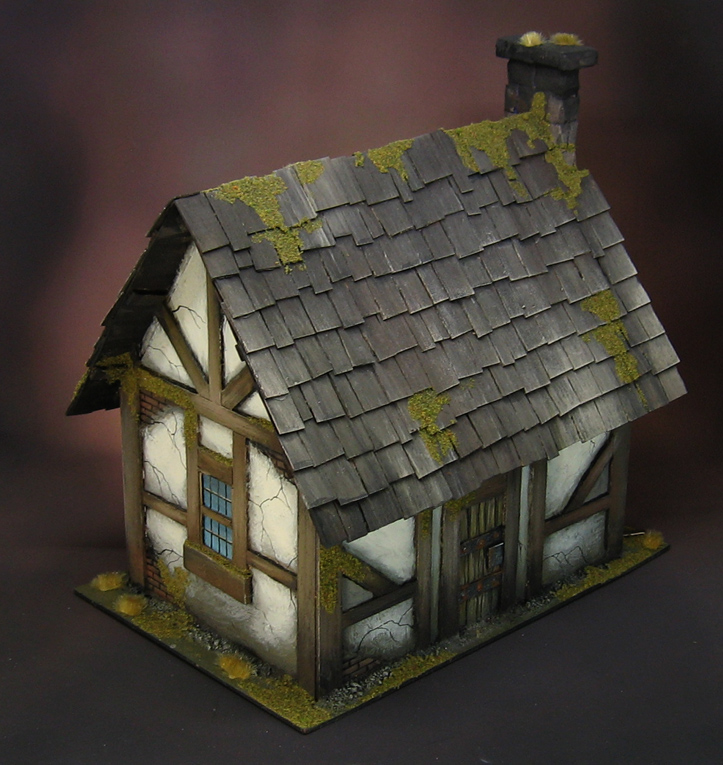 Here's a few figures to give you a sense of size... 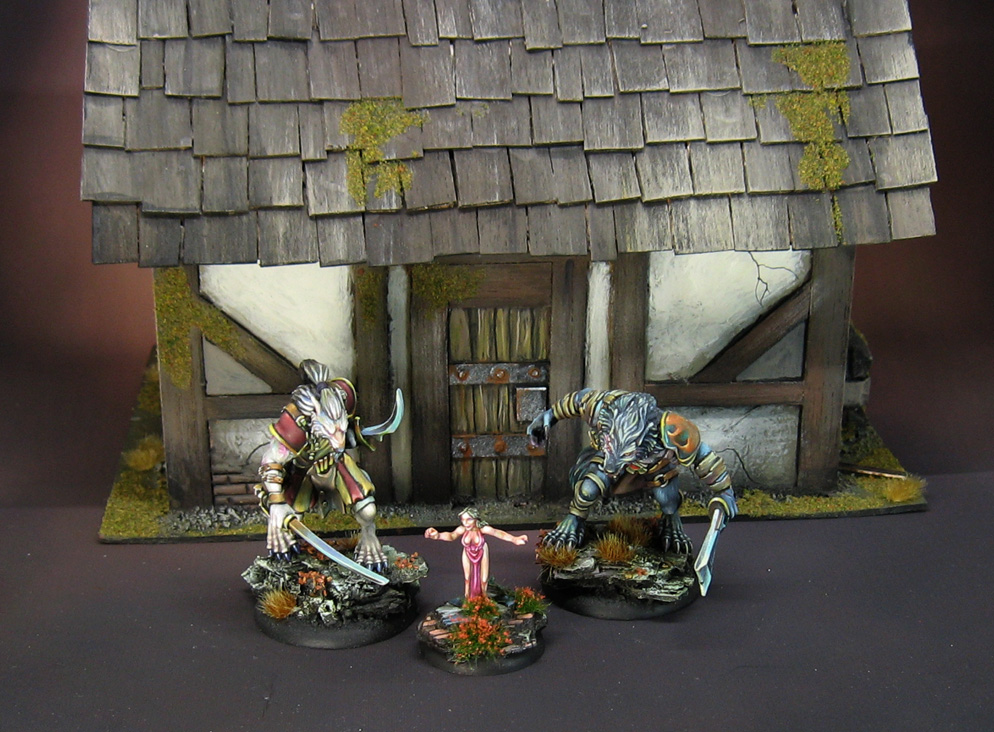 Posted by wappellious at 1:19 PM 4 comments:

This is MY sky! 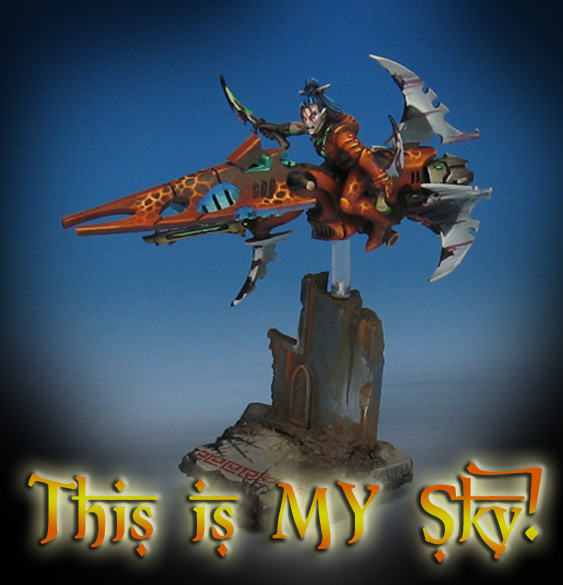 The dreaded Legions of Asharah return, claiming more territory and slaves for the Blood Star. 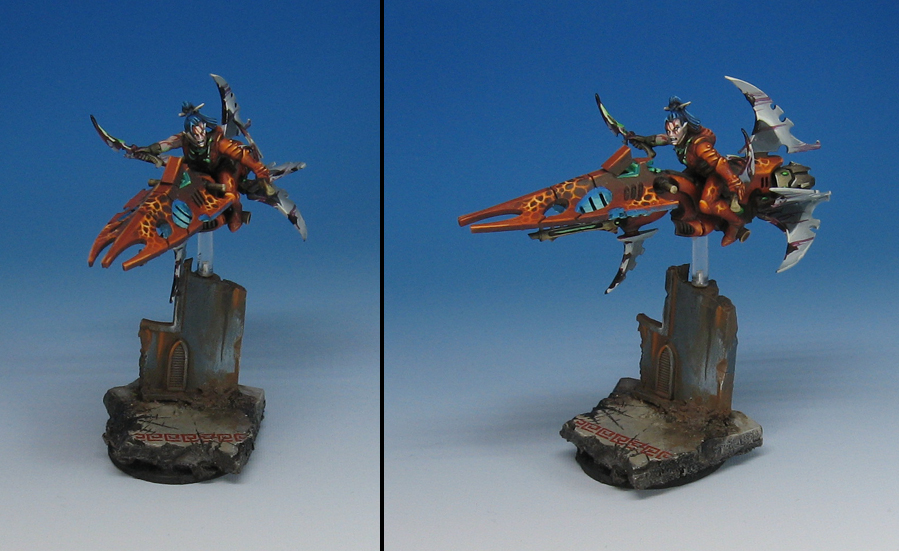 As with the previous Reaver jetbikes, I have added a few more bladevanes, and created a base to match the large display board.  The base is a combination of baked sculpey clay and a bit of plastic GW terrain. 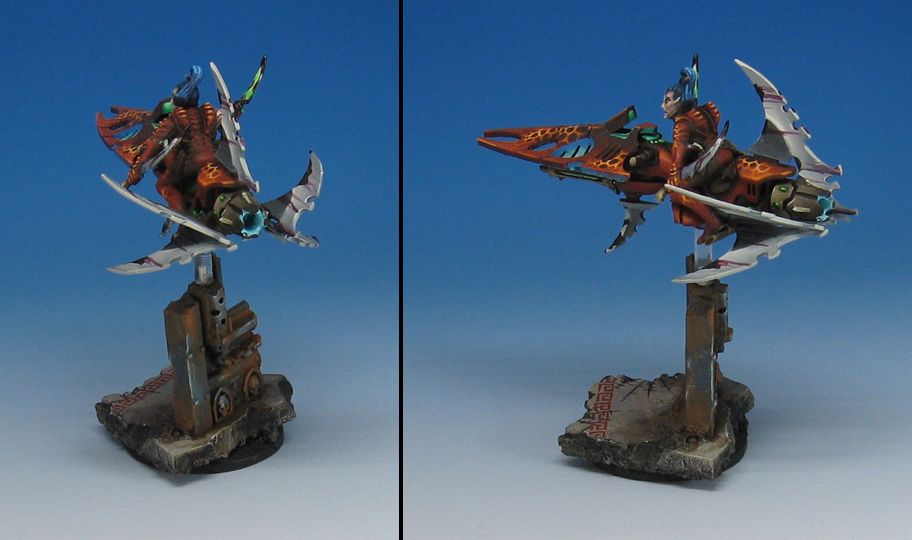 This gave the base some weight, and kept the center of gravity low enough so that it would not tip over on rough terrain.  In addition, the bottom of the base was magnetized.  Having that magnet allowed me to carry all my figures around more easily, since each box had a piece of sheet metal at the bottom.

Another handy thing I like to do with my terrain is to use magnetic primer.  While there is quite the same kind of bond as with the sheet metal, it still maintains a decent hold. 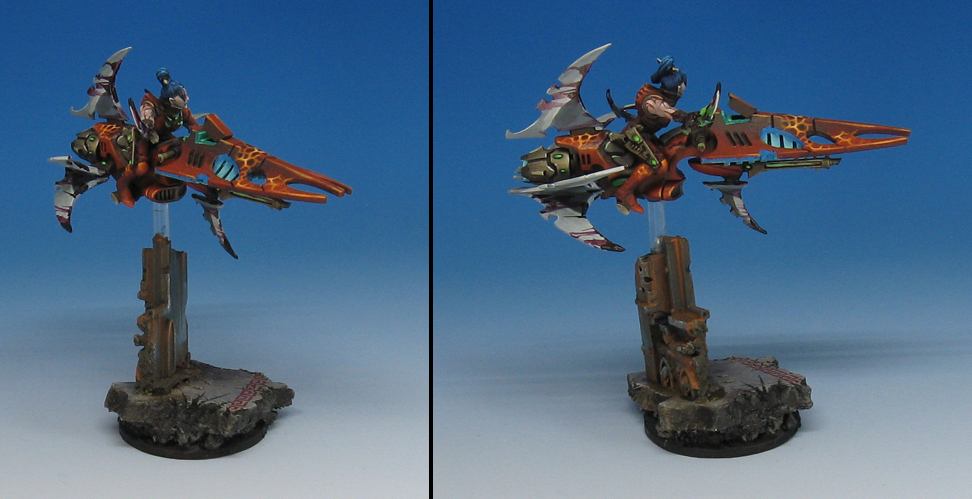 These views show the freehand on the bike, and a touch on the base as well.  There was a mosaic tile theme on the display board, so I attempted to re-create that effect where possible on the bases too.

There are still many more bikes yet to come, so stay tuned! 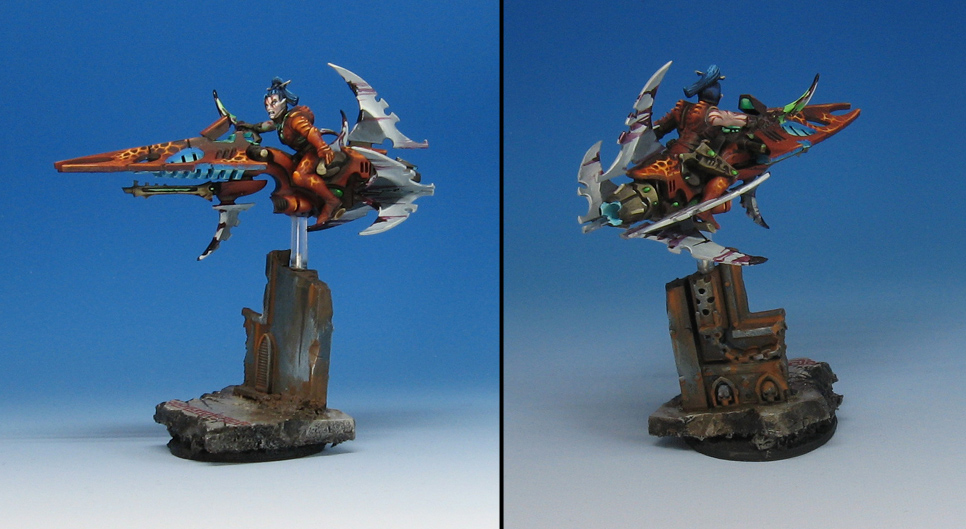 Posted by wappellious at 1:07 AM No comments: