A new Twist on Miniatures! 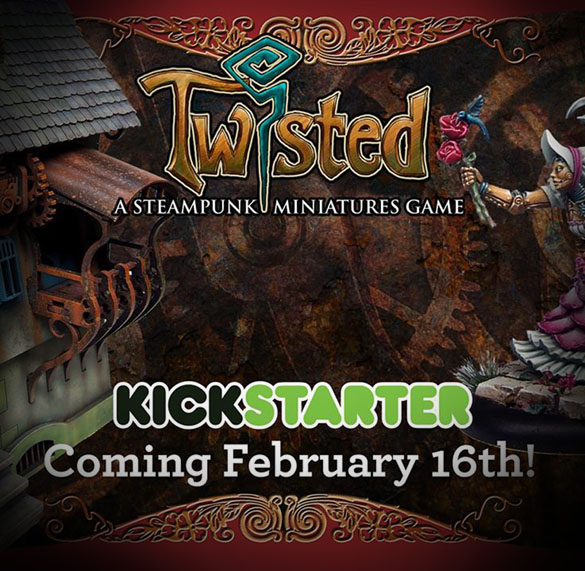 Since we first saw the Twisted Game universe a few years ago at Adepticon, I have been eagerly awaiting the arrival of these amazing miniatures!  That time has come to pass. 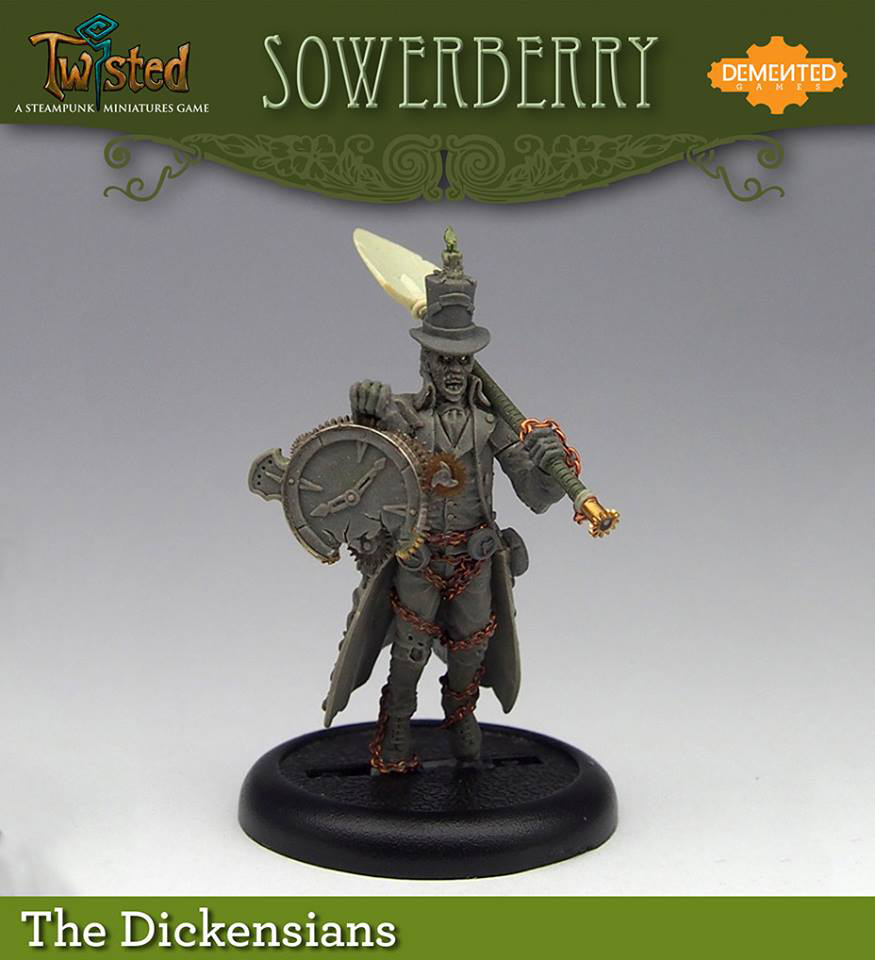 Wonderful figures such as this Nightingale will inspire a lot of painters to do great things. 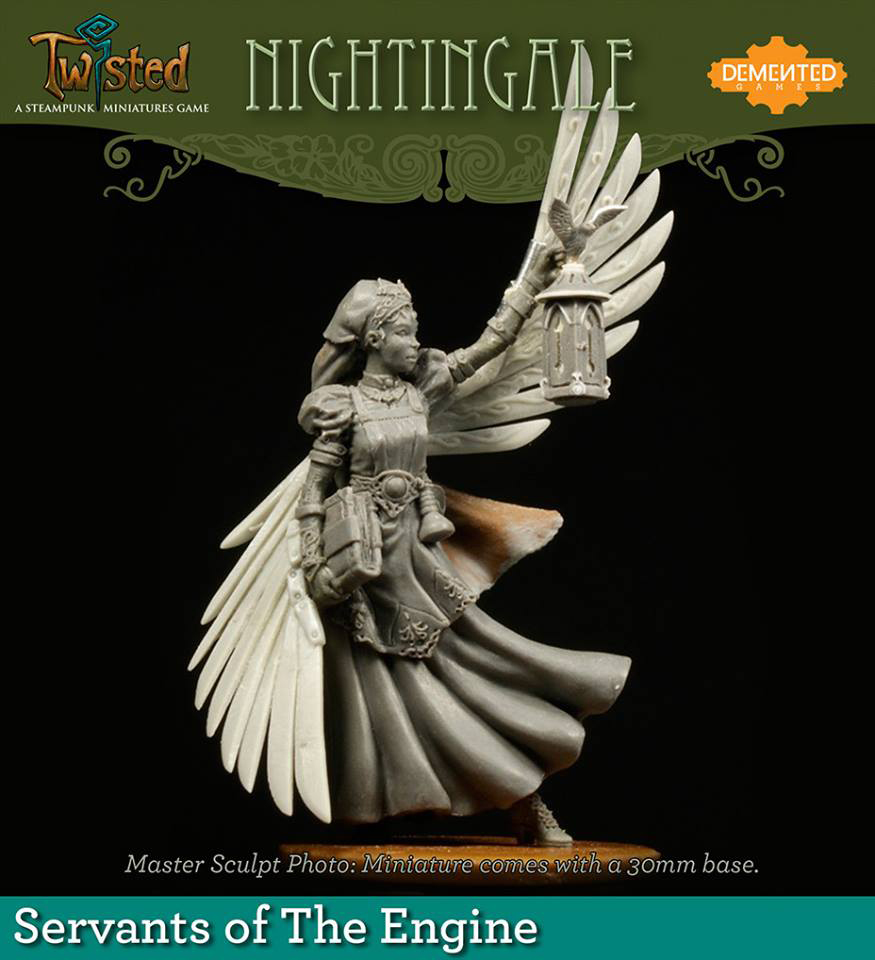 Some of these creations have arrived at our door for some painting, and you will see those take shape over the next month.  My first thought is to stay as faithful to the concept art as possible. 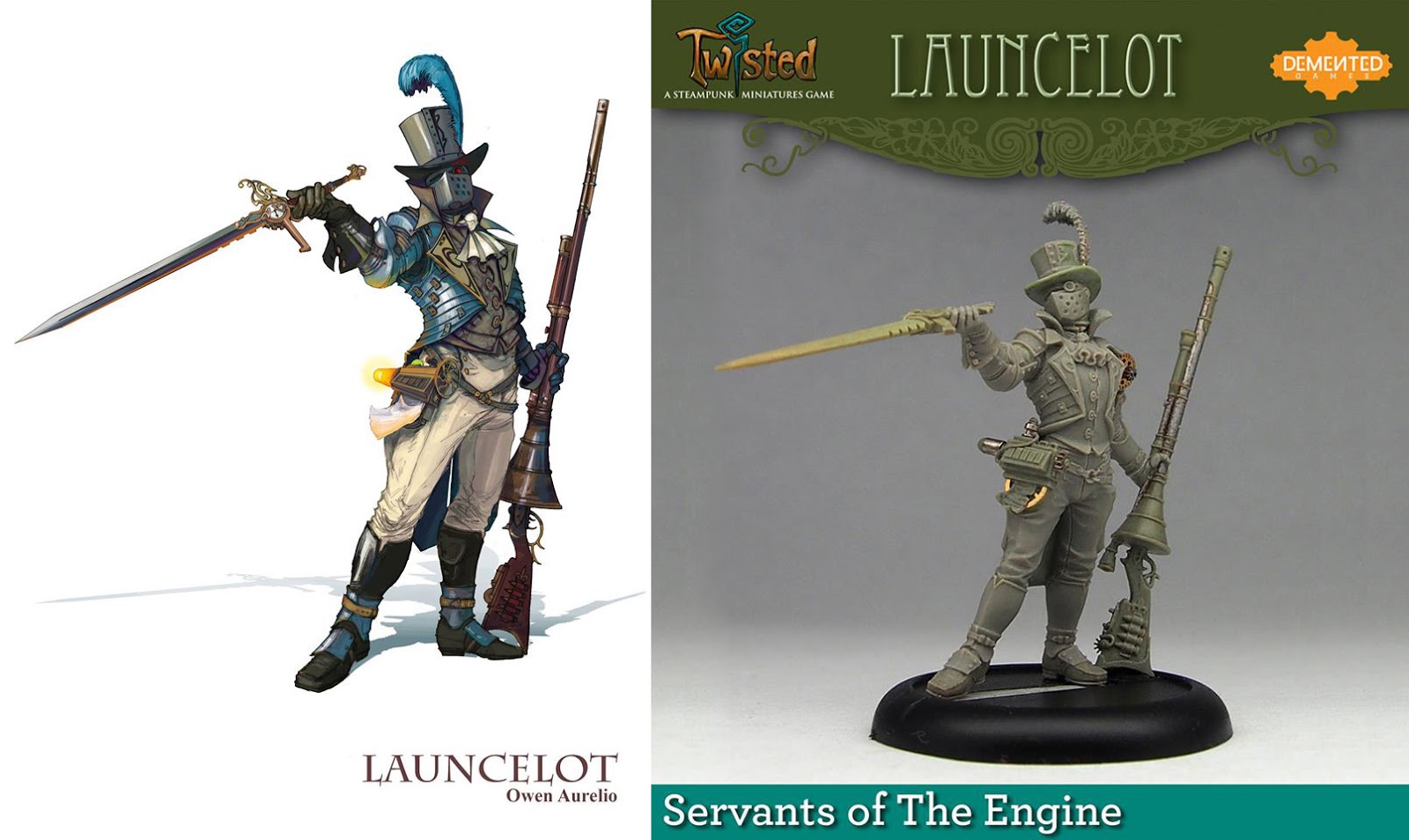 One reason I like to do this is to have side by side by side images, where you journey from the initial concept to a painted figure. 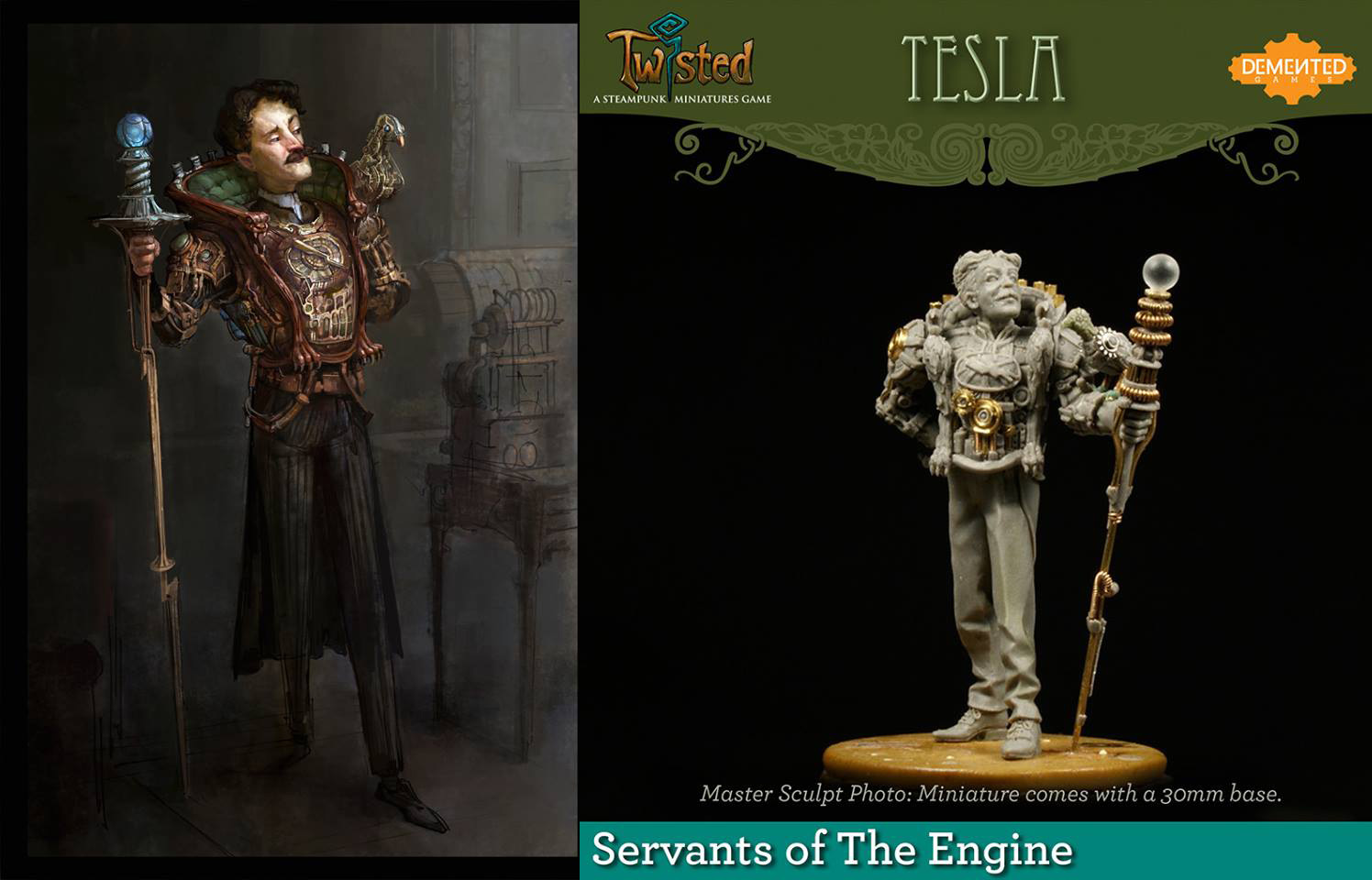 There is a lot of character and style that goes into each figure, as this Feygin shows. 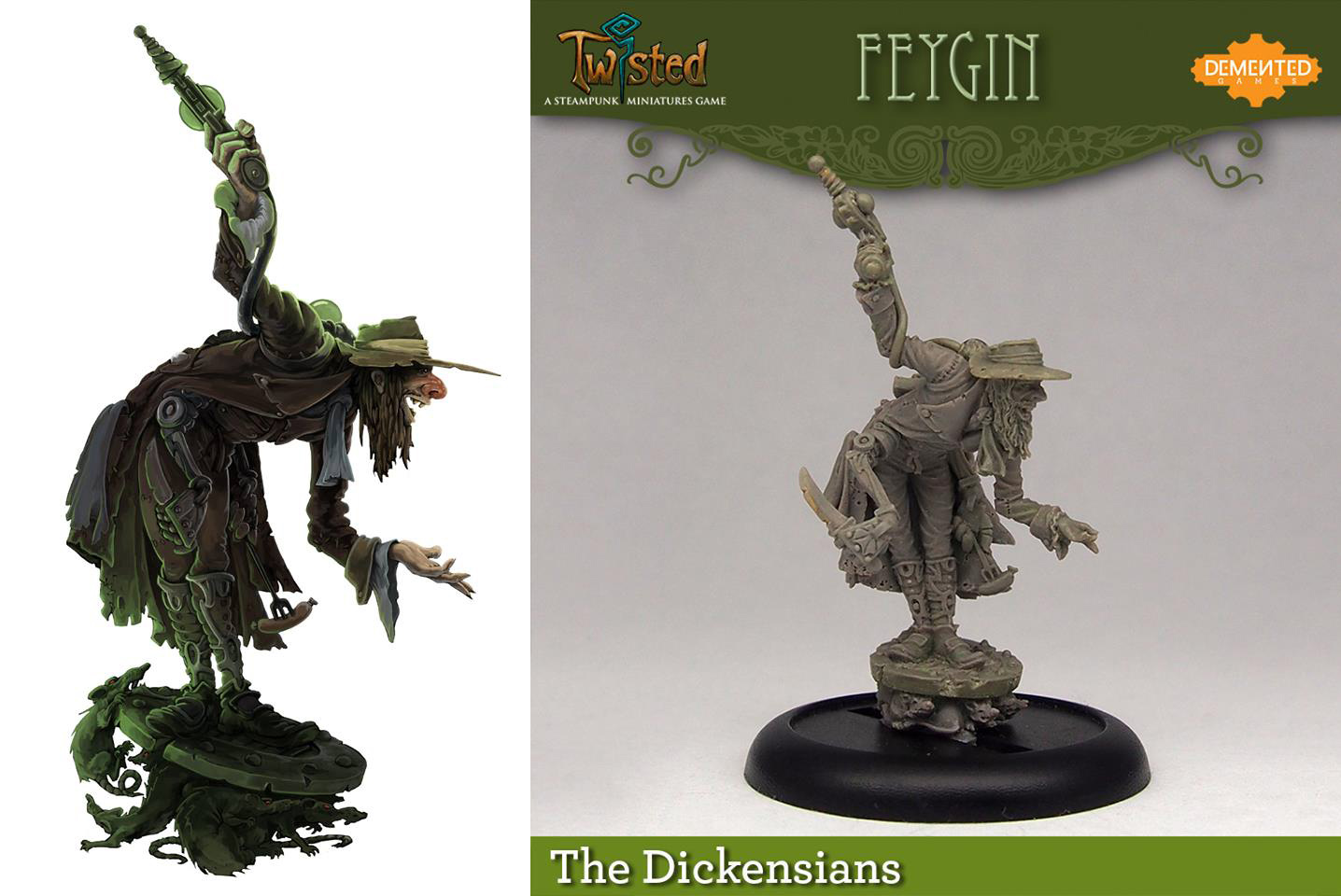 Every time I look at these, I notice new details... and then more! 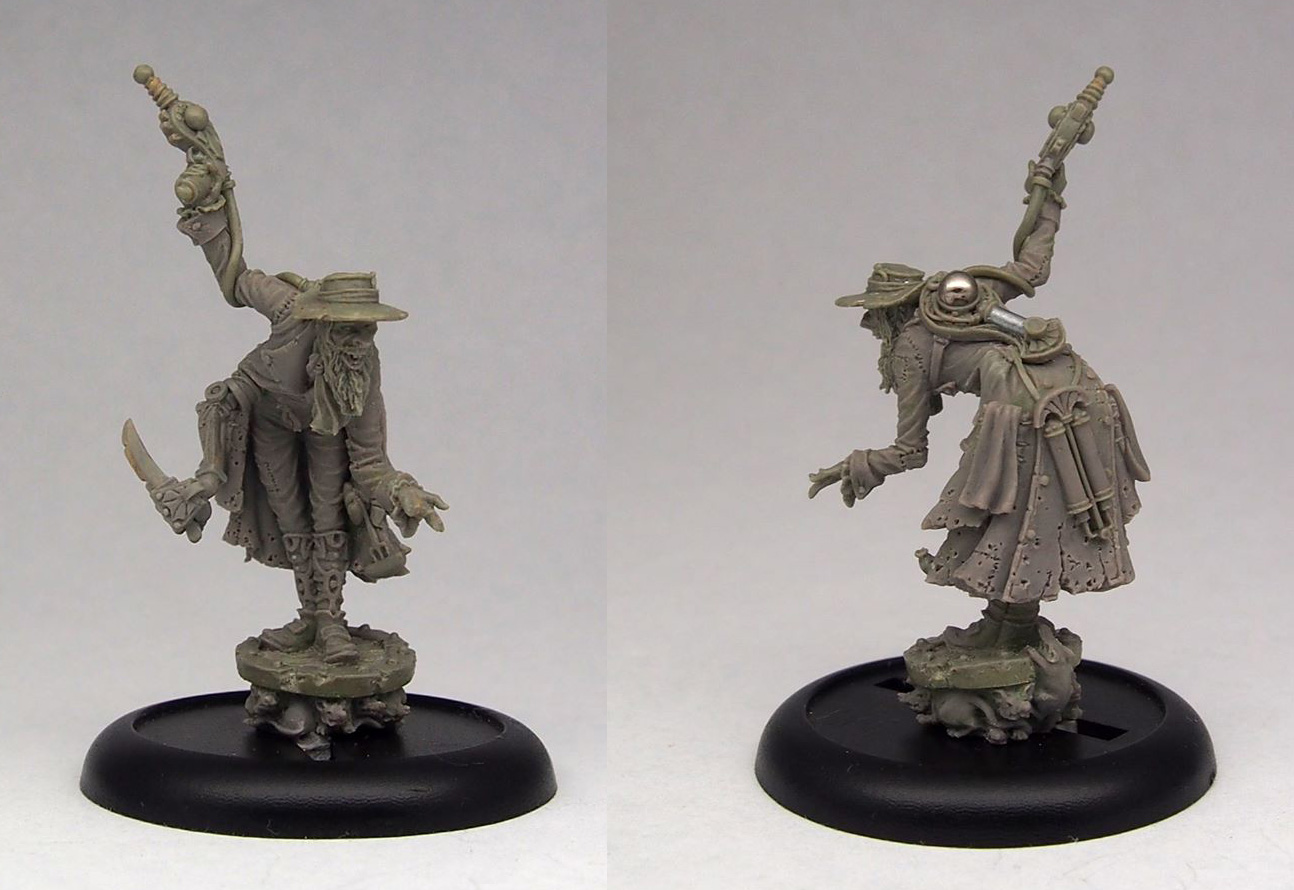 This charming set has just about everything you could wish for in a figure. 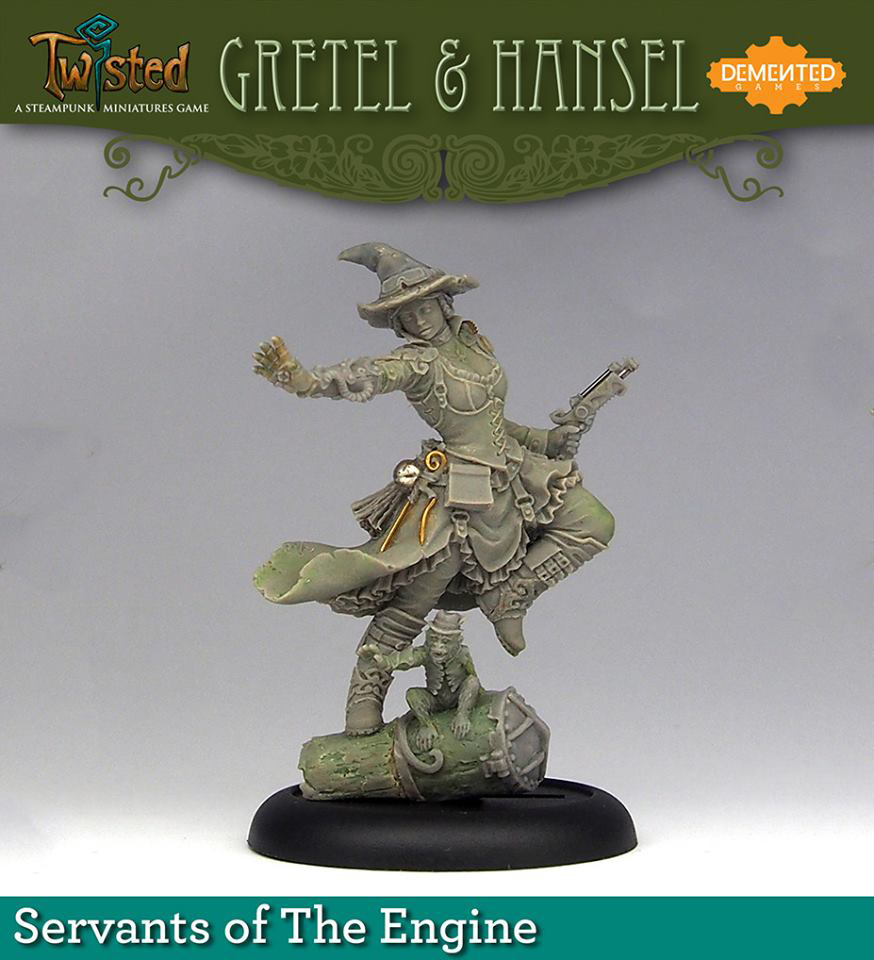 Here is an amazing piece of terrain which is also part of the campaign.  It's going to be so much fun to paint! 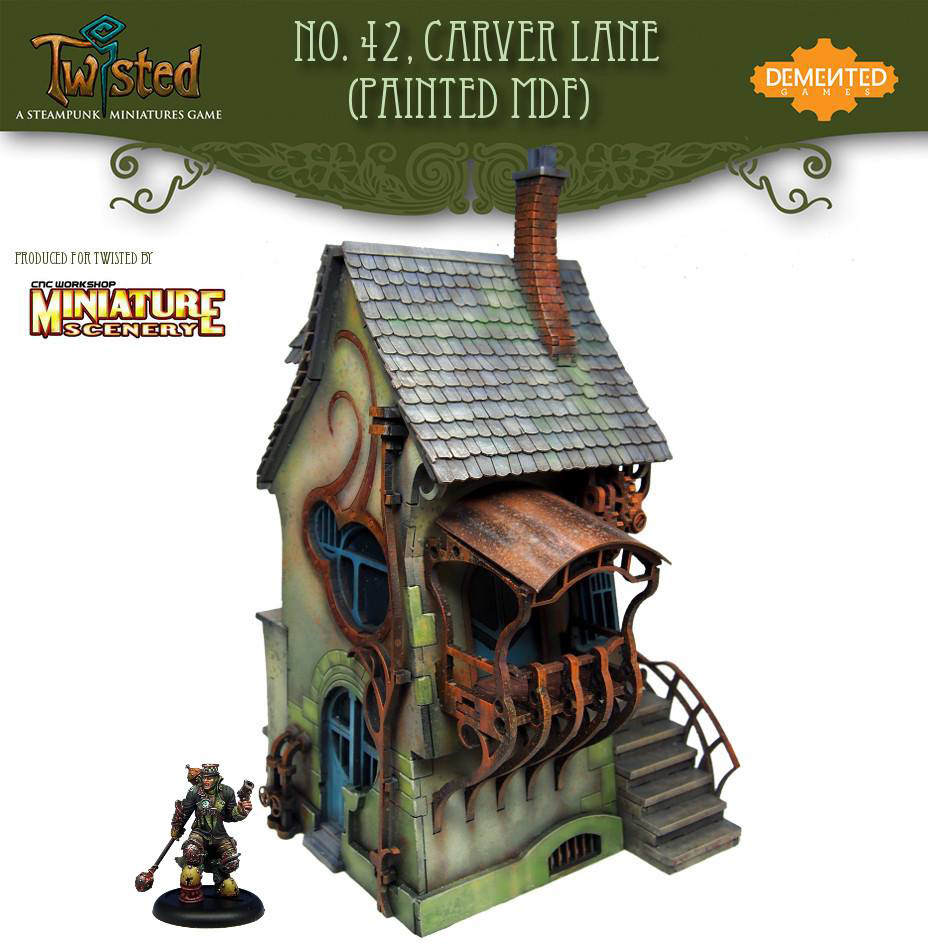 These scenes give you a sense of what it all looks like in living color.  It's quite impressive! 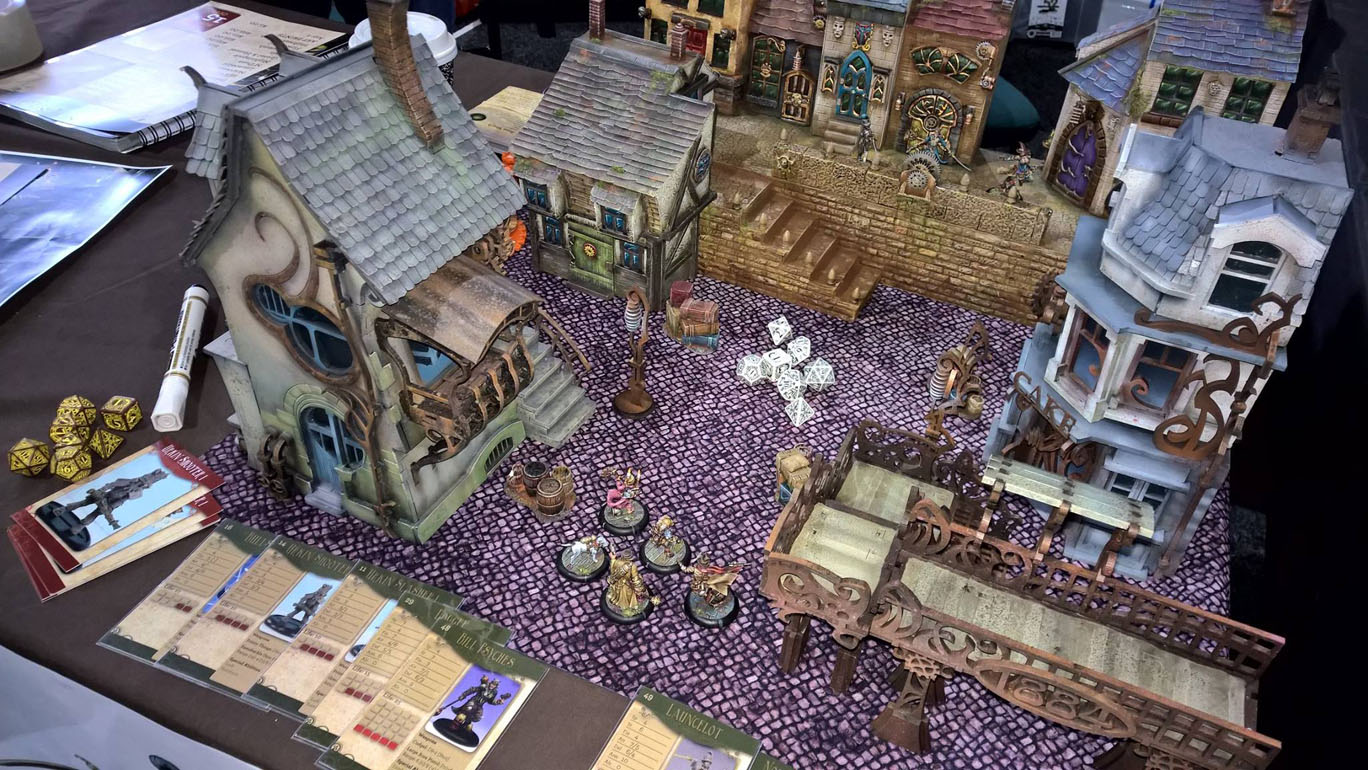 Capturing the whimsical style of the figures in terrain form is a far more difficult task than one might imagine.  That is, if you want it to still be interesting and practical from a game play standpoint. 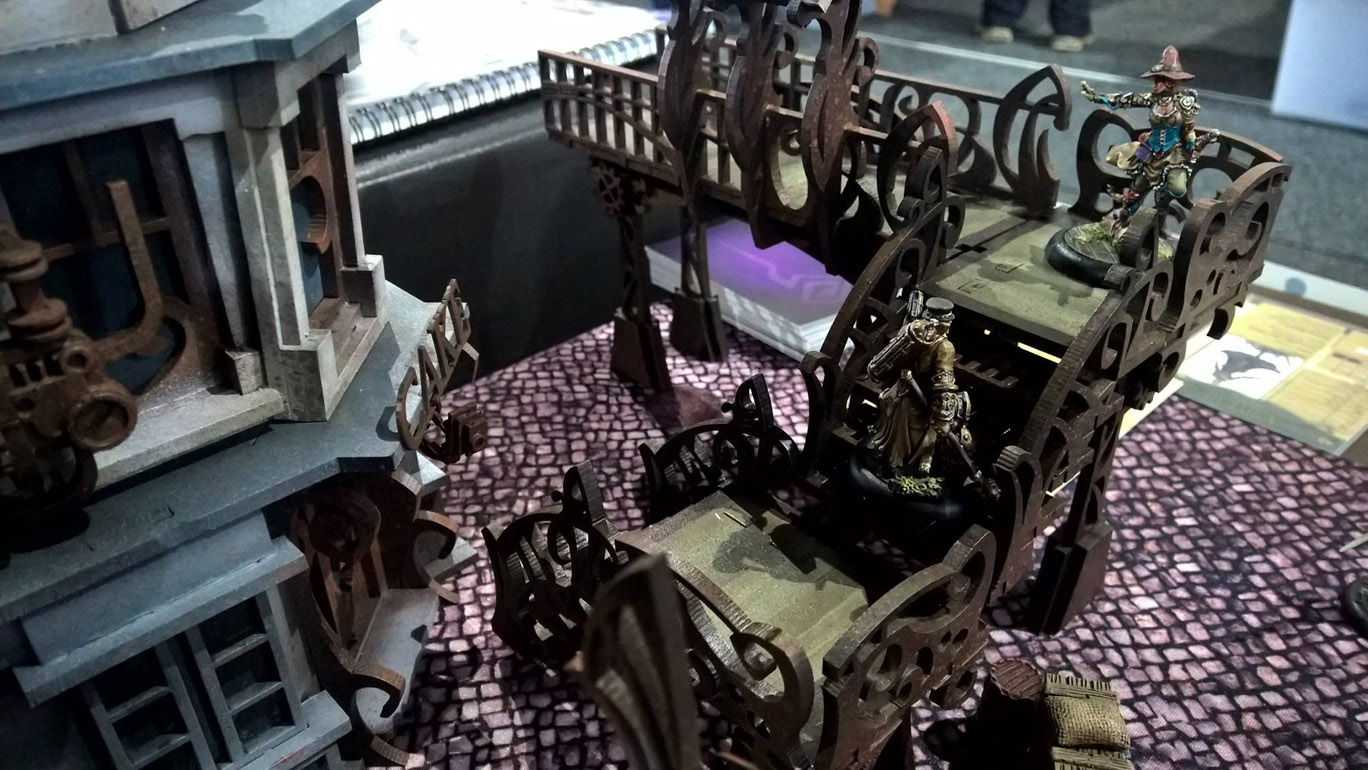 I have these figures all prepped and ready to go!  A blog post it coming to show what they look like assembled, so stay tuned! 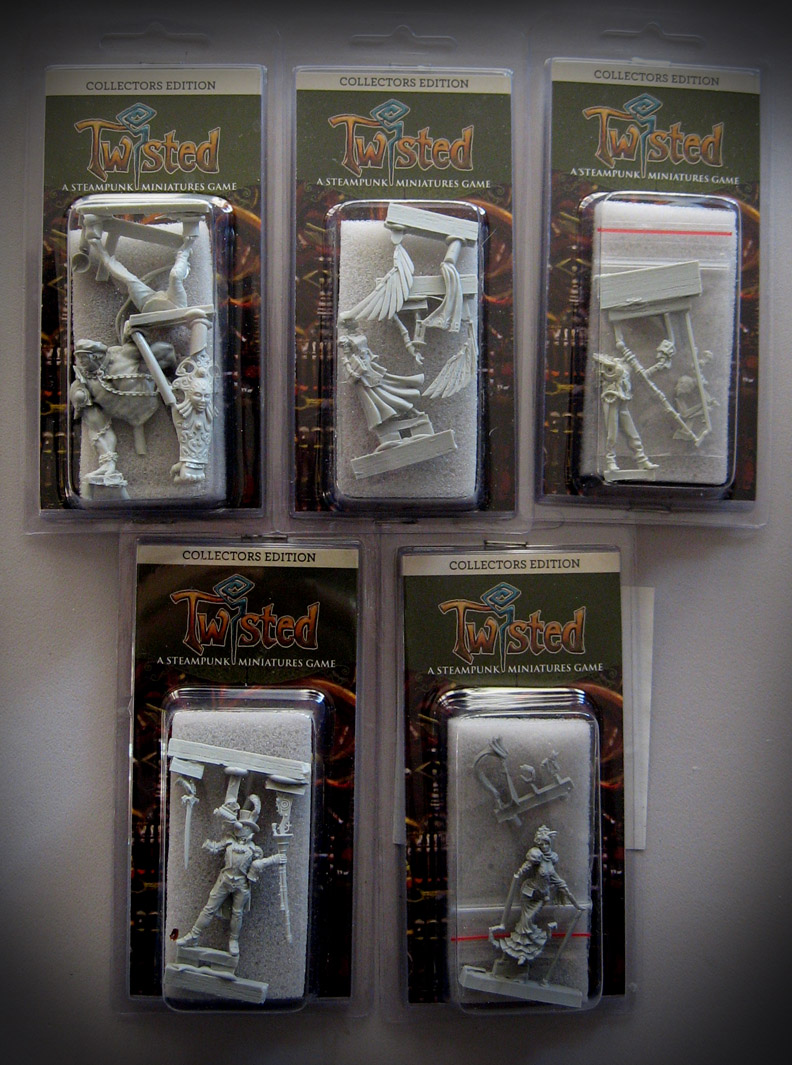 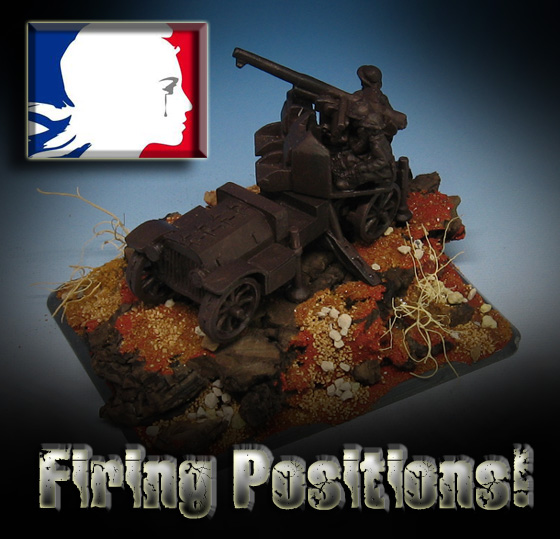 This is another case of you learn something new every day.  Or at least I try to do that :-)

I have a large number of artillery pieces to base for my French Flames of War army, and today was that day!  I had an idea of what I wanted to do, but I really didn't know if any of the ideas would be practical, given the more unusual circumstances of scale (1/100), and the crews.

I thought I would start with the "easier" pieces, which were the 75mm mobile anti aircraft guns. 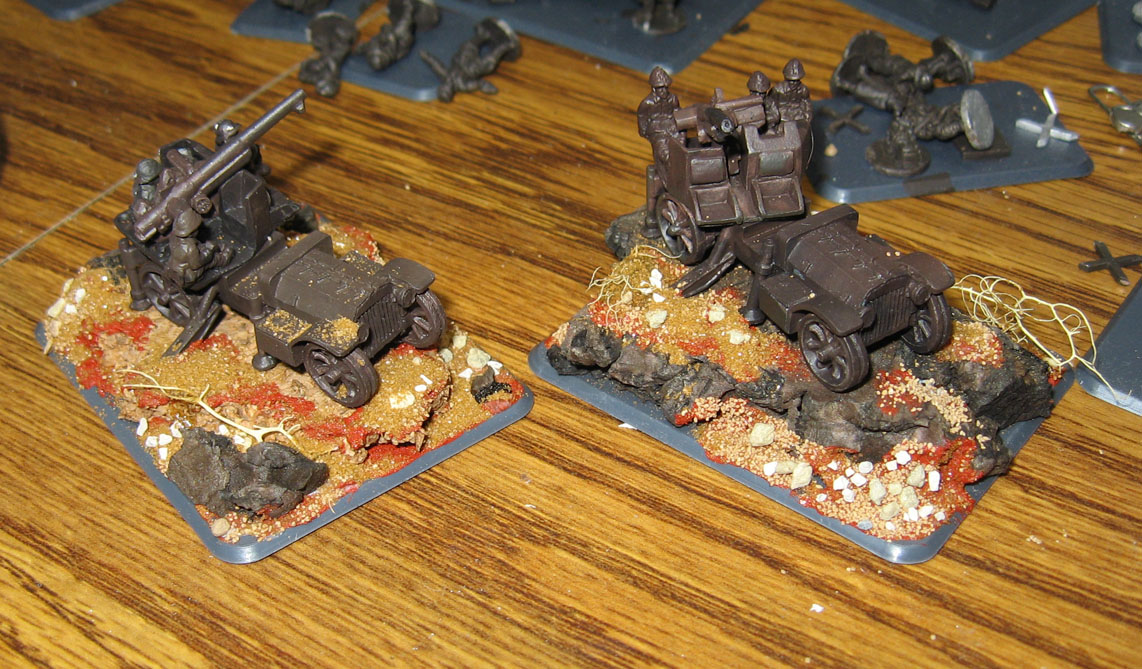 In addition to a few types of cork, I had several grades of gravel on hand.  Again, I had some thoughts on what would and wouldn't work... but you don't really find out until you try. 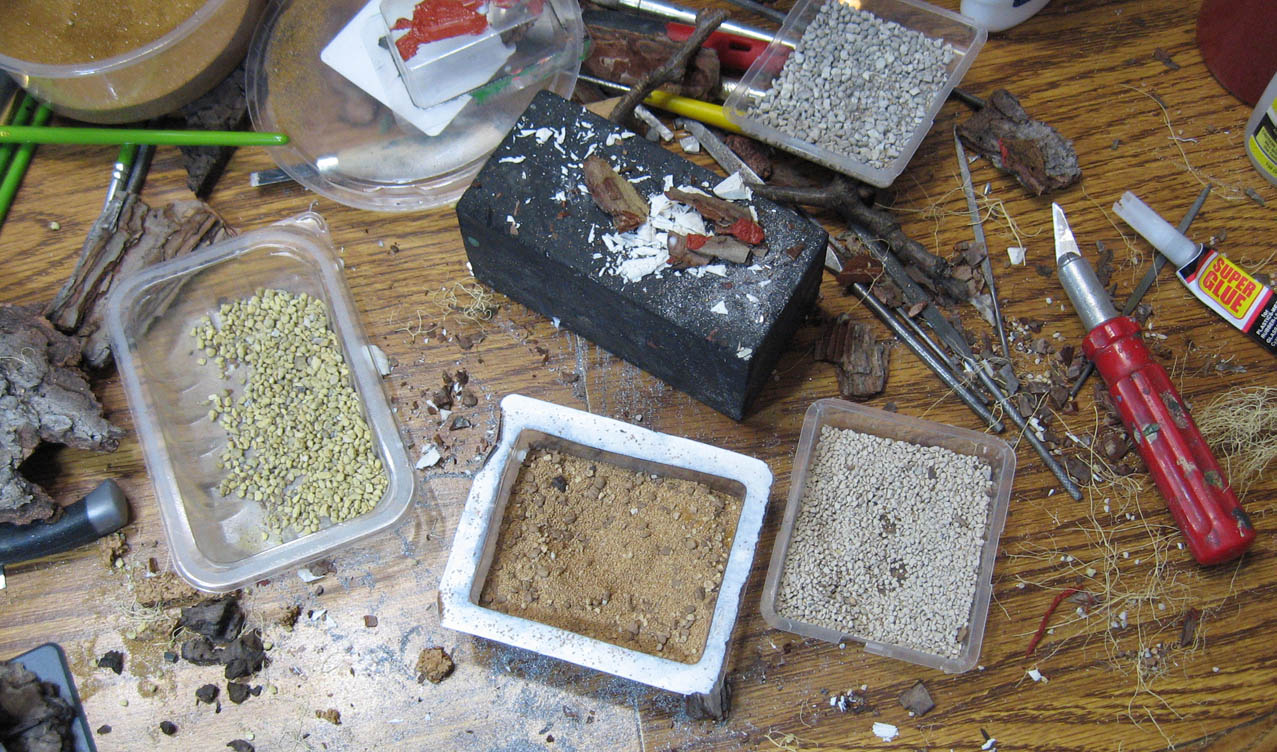 I used the bulletin board cork to establish a platform for the vehicle.  Anti Aircraft guns don't do much good if they are tucked inside a trench or stuck in a forest, so I felt that being on a mound or small hill would make sense.

Also, I would be very bored basing and painting all of these things directly to the plain base stand.  One must be entertained!

This is the first of four styles of basing that I experimented with. 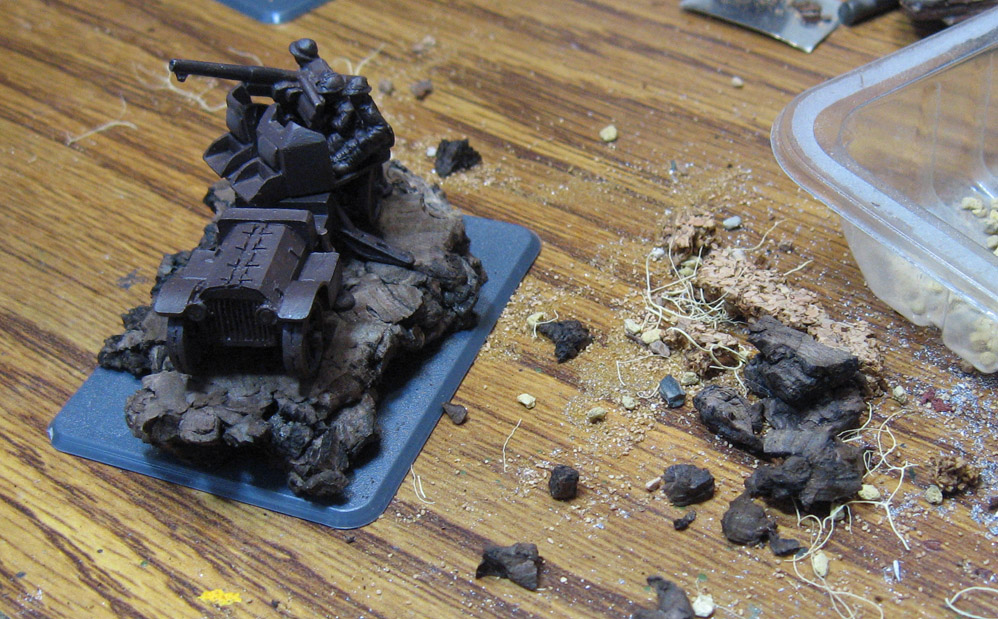 The critical element in this attempt would be the red oxide paste from Vallejo.  I use this all the time, and I'm sure you have seen it used in nearly all of my basing posts lately.  I like to mix in some regular white glue with it so that my rocks adhere even better.

You can see that I added a small chunk of cork as a large boulder, and then placed a few heavier bits of gravel.  I had to keep in mind that what is a somewhat large rock at 28mm scale is a massive boulder at this scale!  So, I used this grade of gravel sparingly. 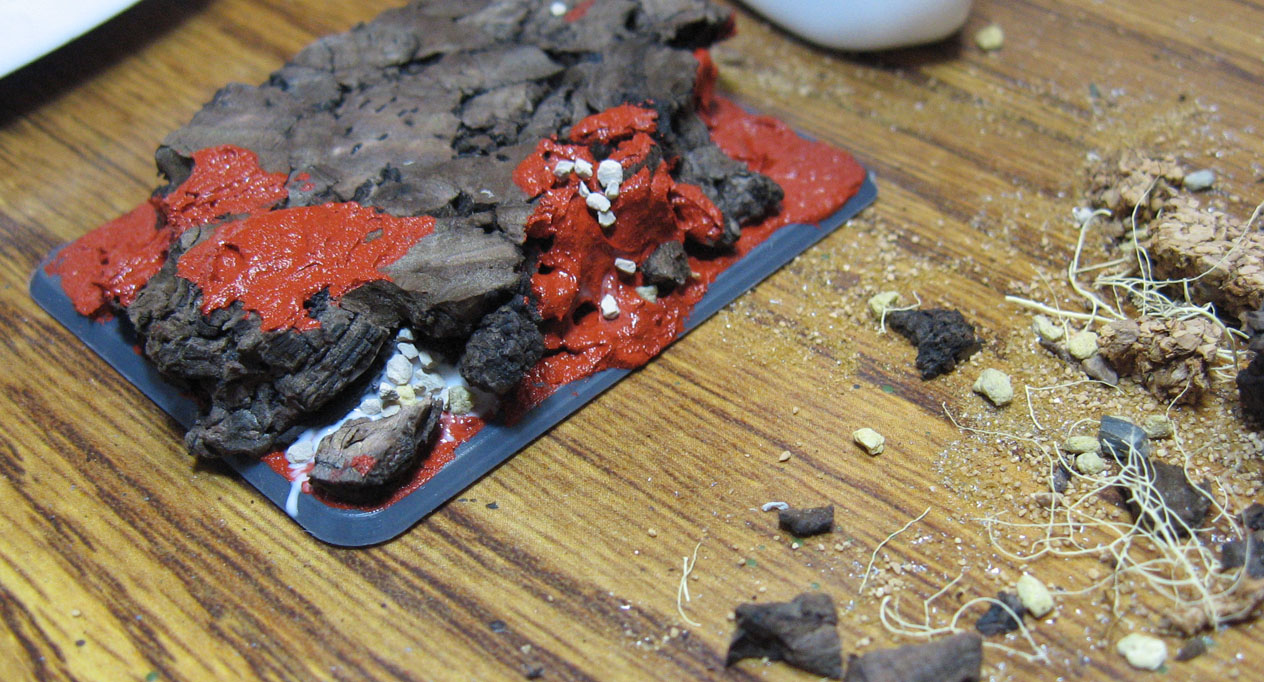 Where I would normally use a medium gravel, I went towards a finer grade for my "middle" level rocks. 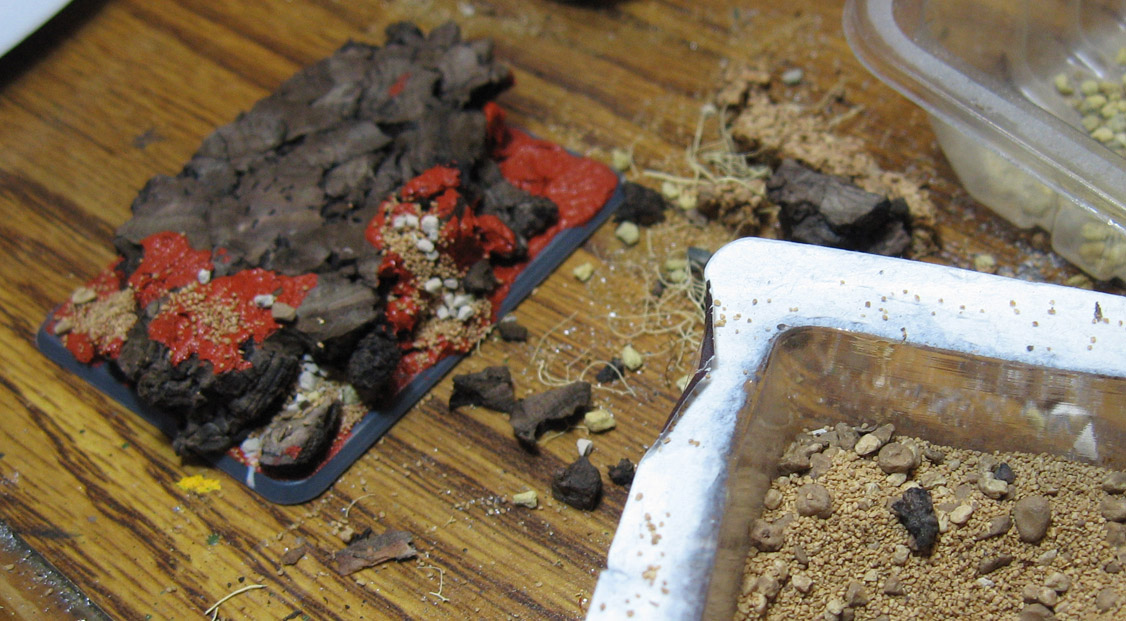 Fine sand was used to complete the process.  This gave slightly more texture than the oxide paste, but would not be too crazy in scale next to the tiny 15mm figures. 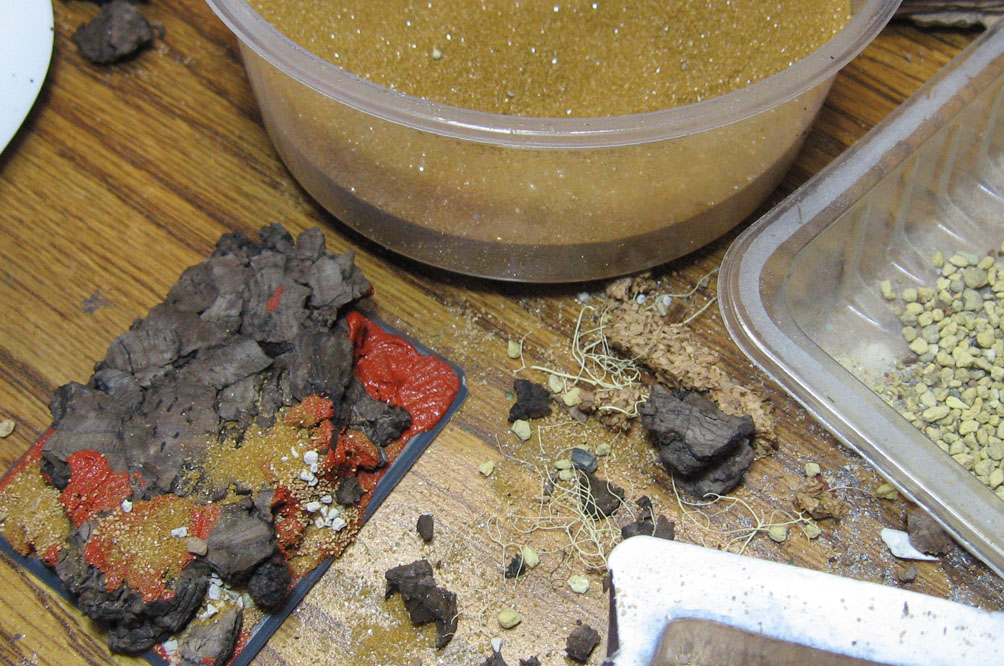 I placed the vehicle on the stand in order to pile up some dirt around the bracing sponsons.  I thought this might make it look like it had been firing, and was driving itself into the mud/dirt. 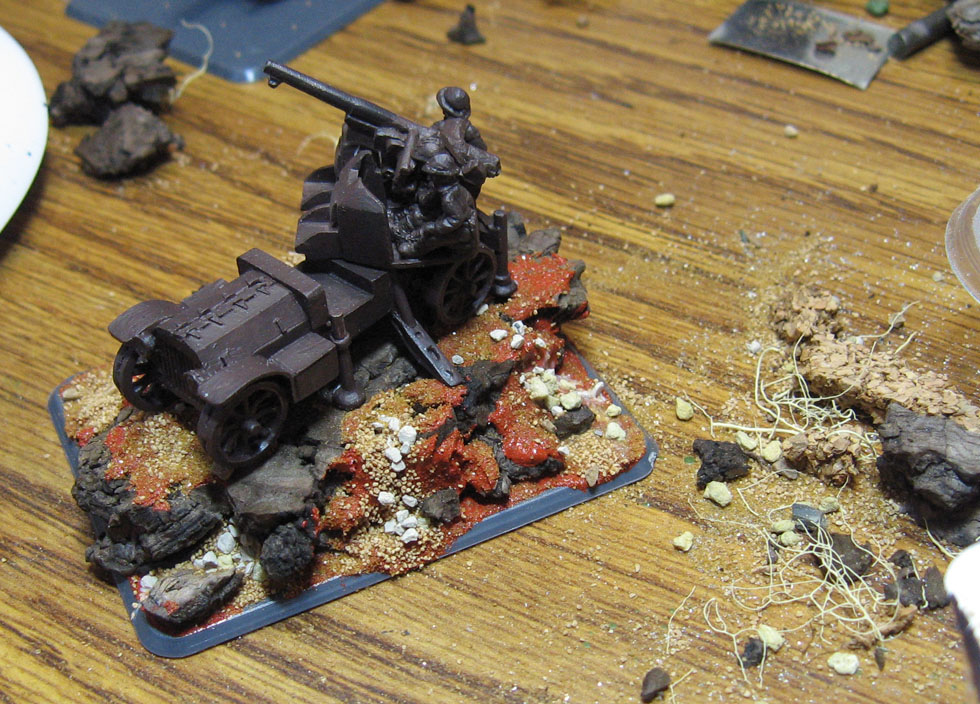 This is my favorite part.  I like to use this mossy material on my "bark and branch" bases to serve as dried saplings or something similar.  Here, however, I was hoping to use them as tree roots sticking out from the side of the mound.

That might convey the idea that this crest was at least partially man made, and that hastily dug positions might find these exposed roots protruding in such a manner.  The other hope was to lend a sense of scale, and make something so tiny seem bigger by adding more details. 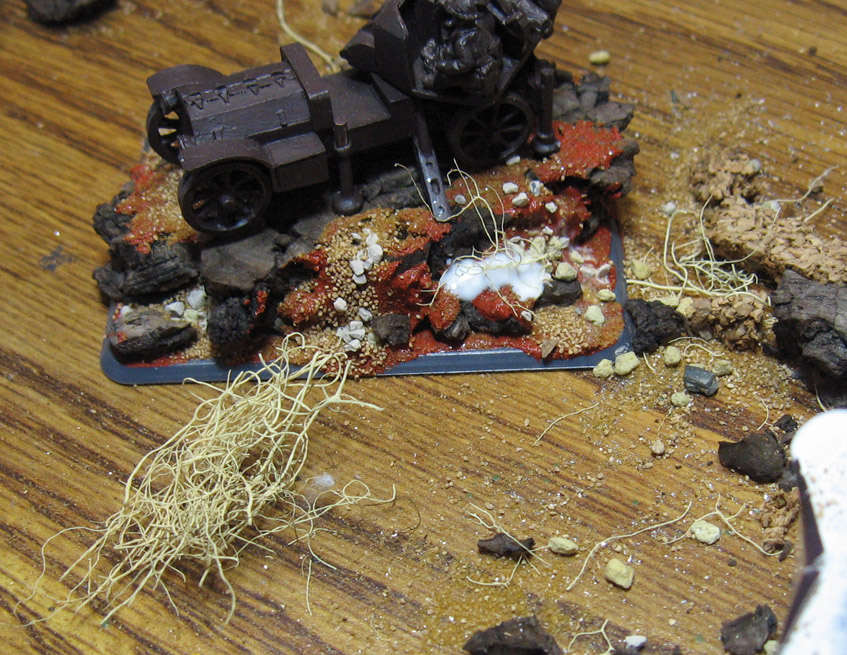 When these strands are painted, they will sag down into the mud.  To make sure they were secure, some inexpensive, very thin super glue was dropped over the top, and covered in a bit of fine sand. 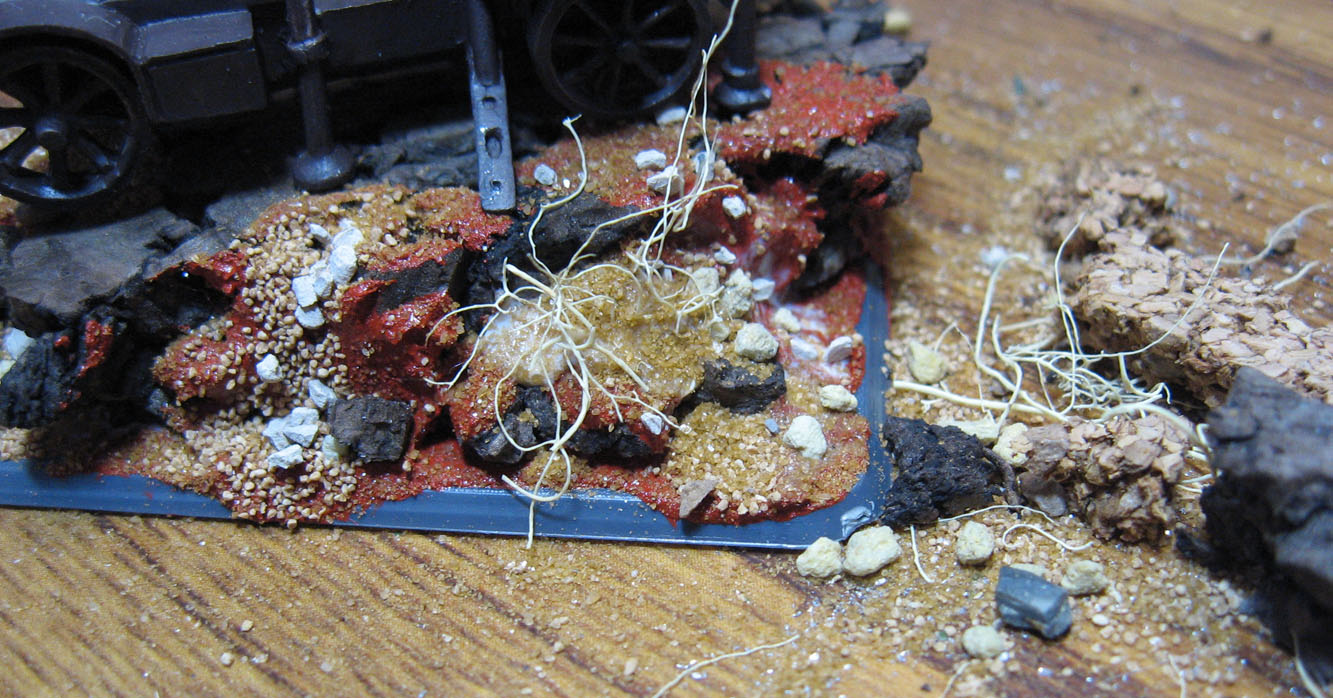 Here's what we have thus far.  The vehicle will be removed and painted, while the base is painted and flocked. 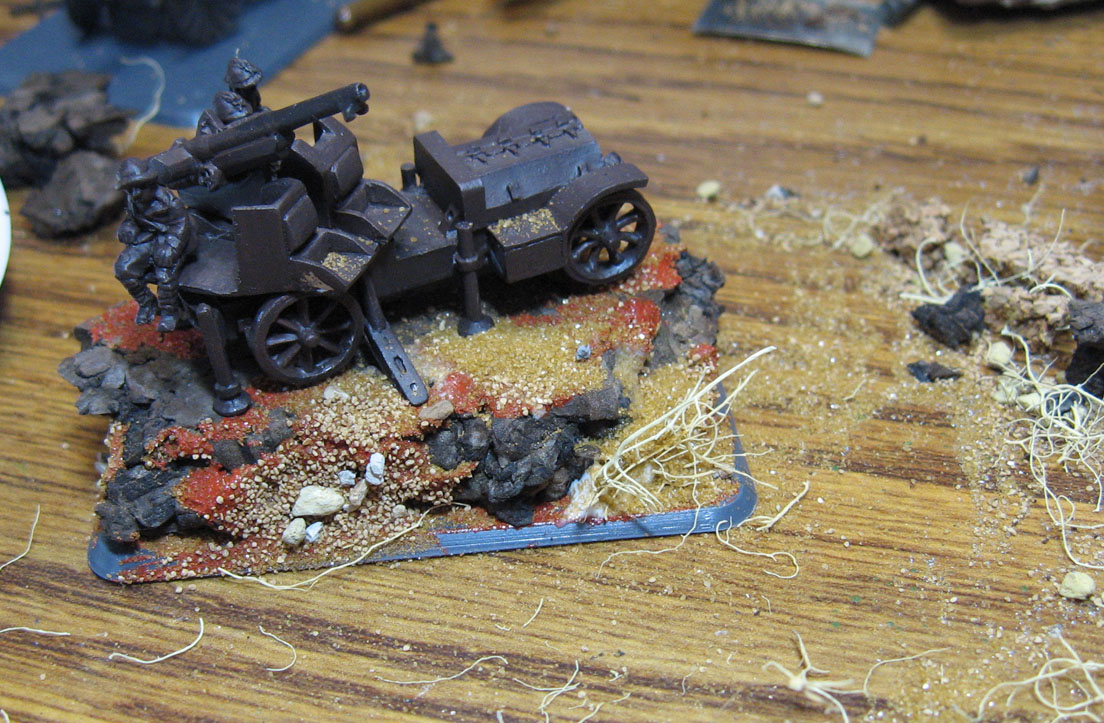 There are more experiments to come with this base, as I want to test a few different types of foliage.  I'm hoping that some of the Hangar 18 tiny leaf foliage will give me another 'scale boost'.

I also have some Woodland Scenics foliage clumps that I have been hanging onto for years.  Something tells me that this scale might be just perfect to haul it out again!  We shall find out soon!