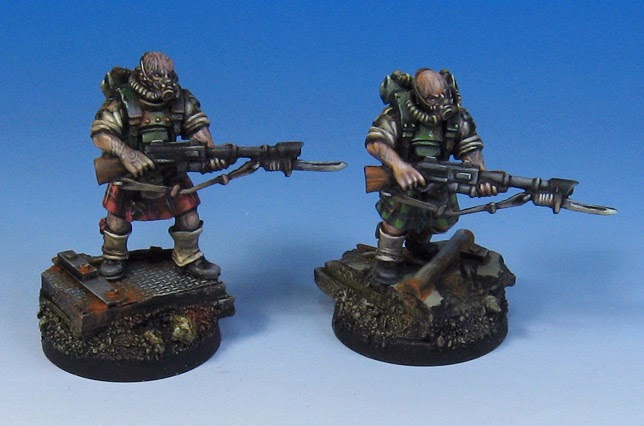 Time for another color test figure.  This one is a different clan with a red tartan.

I had to jigger it around as I was painting it, but that is the whole point of color test minis!

I will be coming up with at least 3 more tartan patterns.

Once again, many thanks to Victoria for creating these wonderful figures! 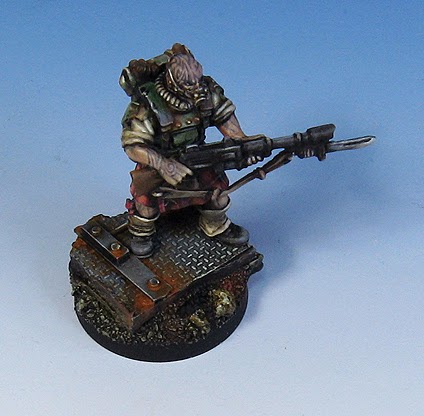 Here's a comparison to the other tartan pattern... 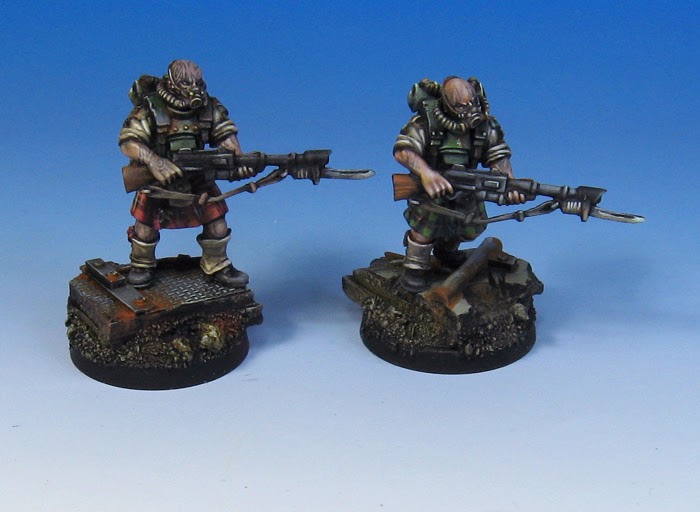 It really will make it easier to distinguish all these guys from each other! 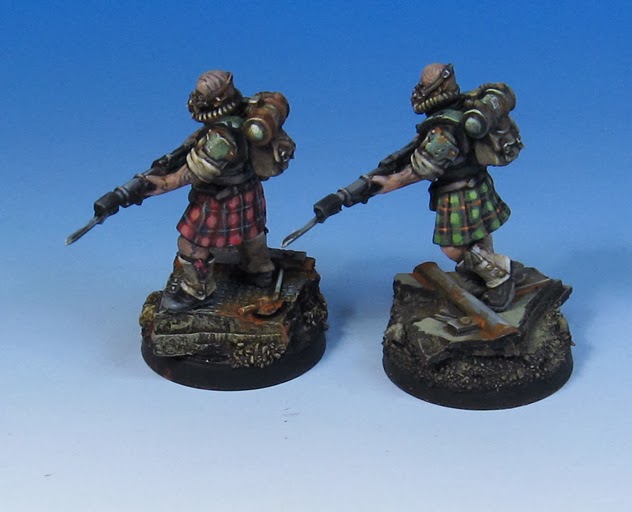 Posted by wappellious at 1:28 PM 4 comments: 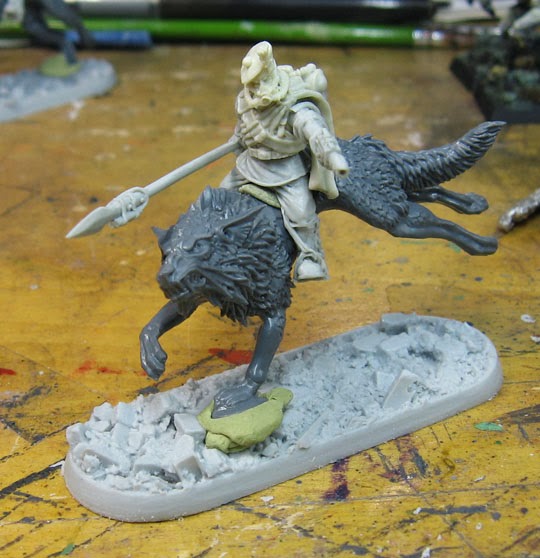 This is the unit that I have been wanting to create for a long time now, and have been eagerly anticipating it!

Thanks to Victoria Miniatures and her fantastic Rough Rider conversion bits, that vision is now possible.  You can purchase them in sets of five or ten.  You get the legs, the power spears, and the other arm for the reins. 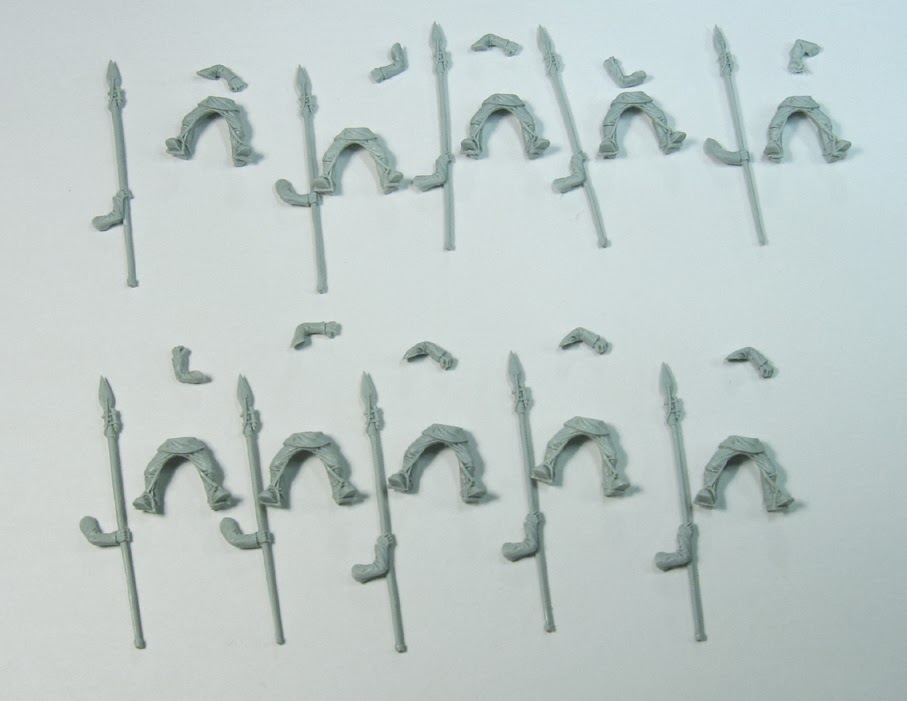 I will be customizing these even further with additional Victoria bitz.  I am using the torsos heads and packs of the Highland Moss Guard, along with a few other command bitz, seen on the right.

At first I was going to put them on horseback, but I saw that I would have to purchase a bunch of them, and that some uniqueness/story would be lost.

To contribute more to the Celtic theme, I went with the Irish Wolfhound concept.  In order to gain more variety, I am using some Games Workshop wolves, a few Gamezone wolves (from CoolMiniorNot), and even a Reaper dire wolf for Mogul Kamir. 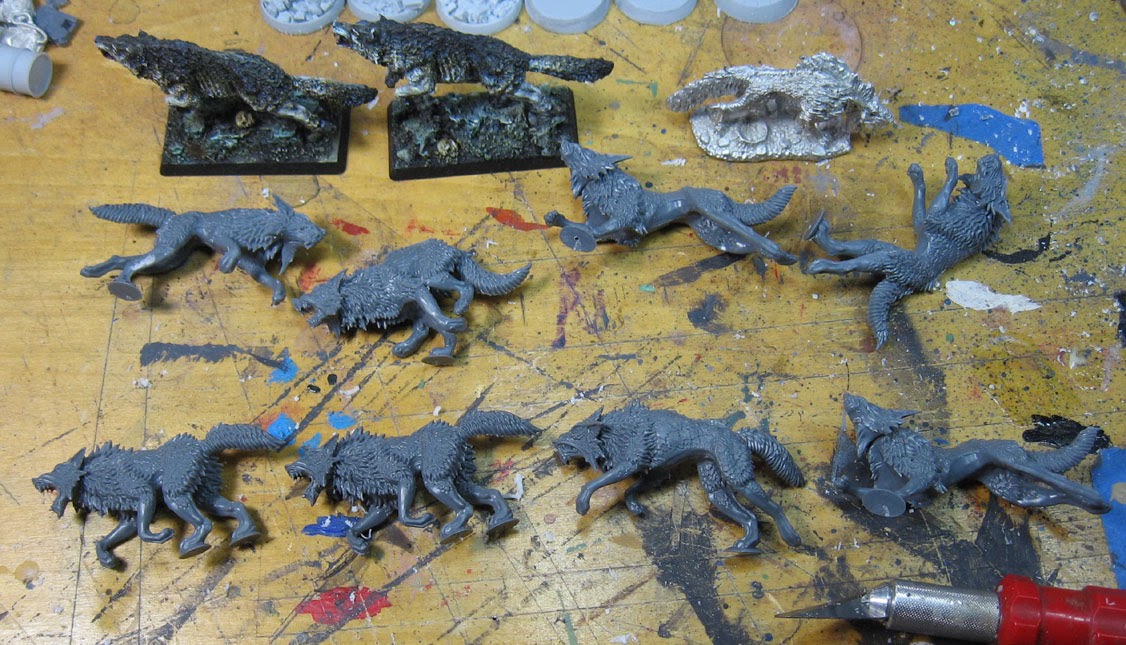 While I will be sculpting saddles and blankets later, I blue tacked the riders onto the wolves temporarily in order to assemble them.  Here is rider #1 (on a Secret Weapon urban rubble base).

Next, another rider who will also have a banner on his weapon... hence the vertical angle. 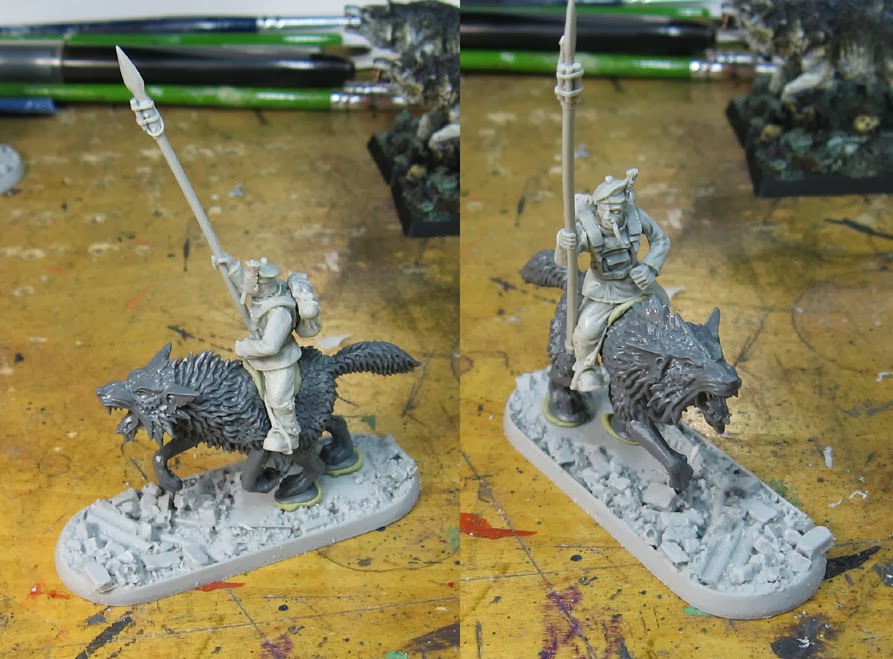 One more pose.  I have already done the basic assembly of the riders (more pics later), so I will more on to basing and sculpting the saddles/blankets next.

The blankets will present more areas of tartan, and thus give a splash of color.  Otherwise, the gray of the wolves, browns of the base and drab greens of the armor would be too boring! 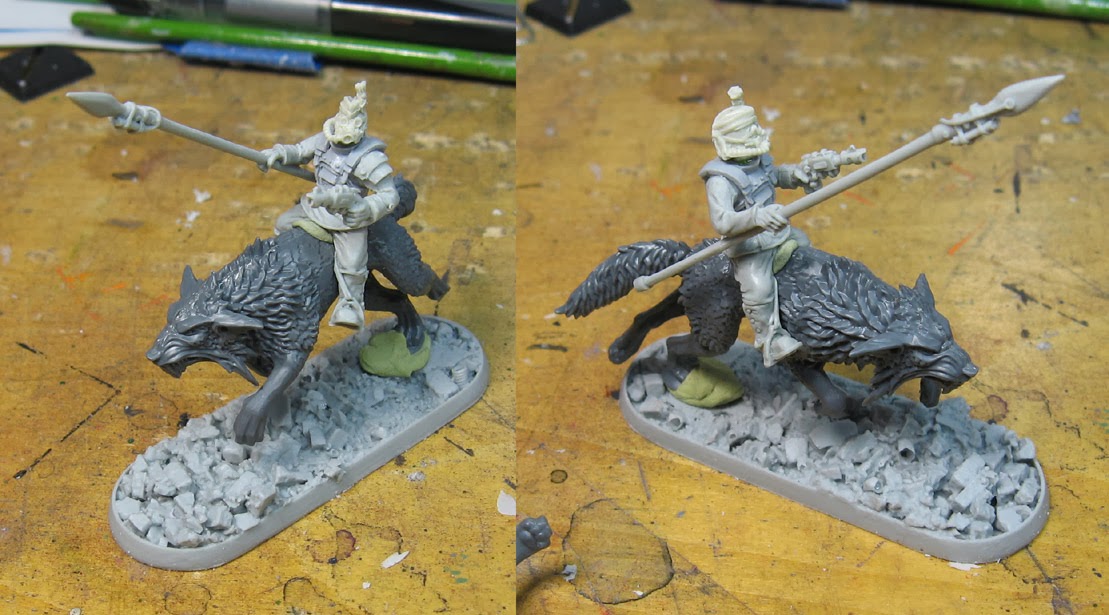