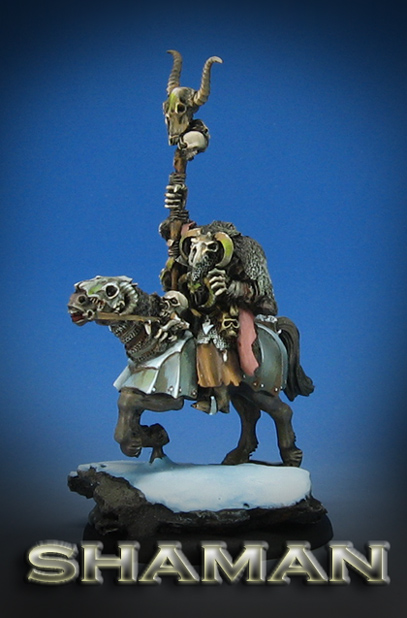 We have some more images of the old style Chaos Warrior knights which were painted primarily in oils. 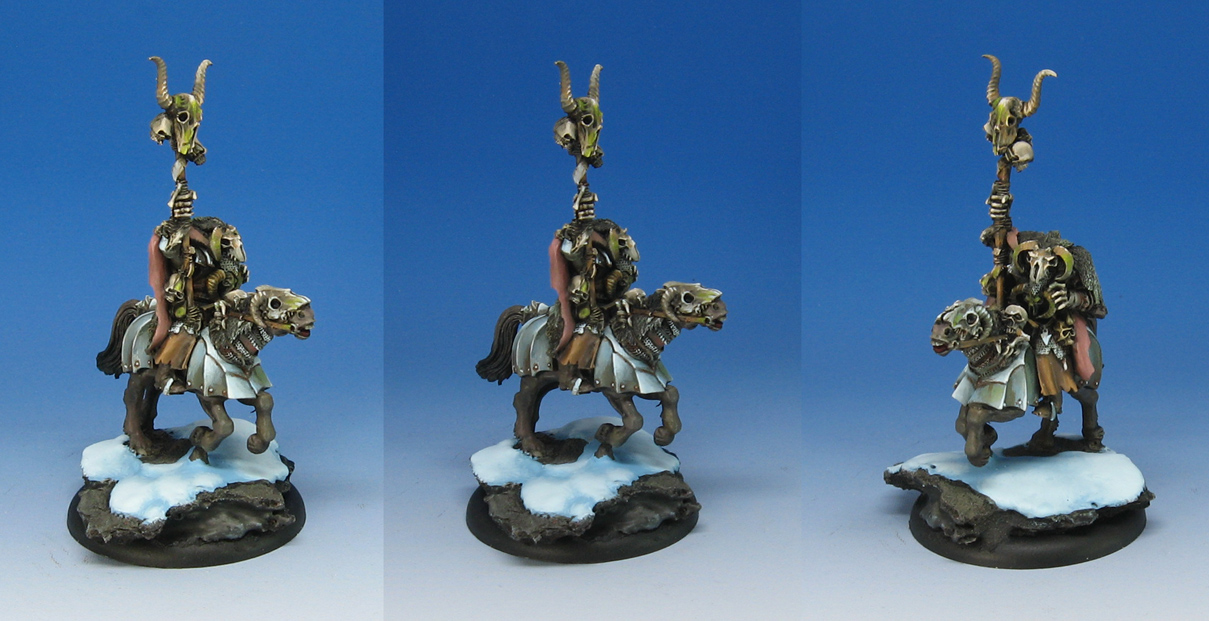 As I have mentioned before, when I am working in oils I try very hard to gather together as many figures as possible which will be using "common colors" in order to maximize the effectiveness of those oil paints.  In this case, I had a number of Bolt Action figures which needed a variety of tans and brown shades. 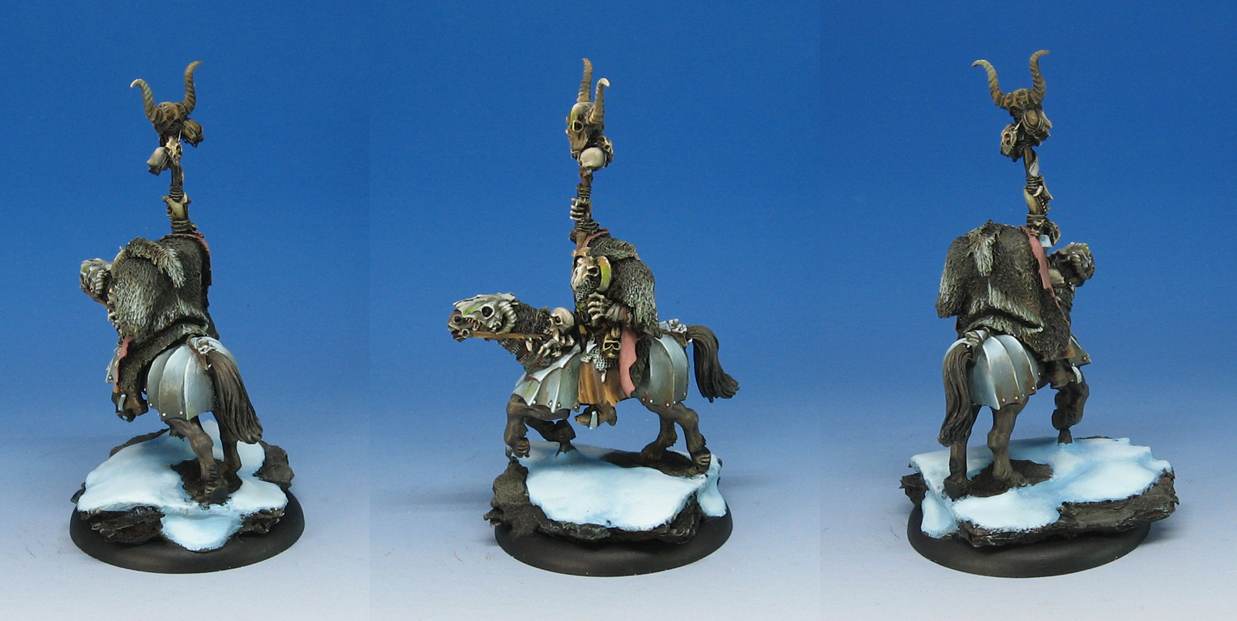 These figures meshed very well with the darker browns of the cloaks and fur, while the tans of the bone surfaces were similar enough to the tans of the Soviet bases and quilted uniforms to work there too. 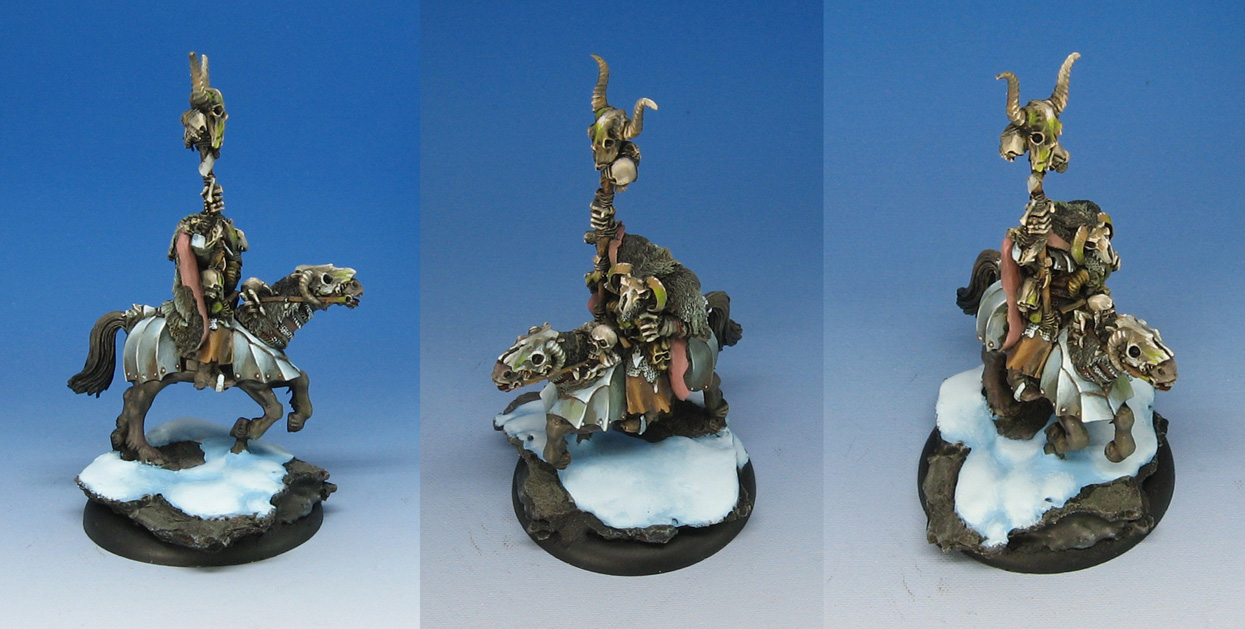 I also had a few other figures whose bases were just right for that series of brown tones, and the deep skin colors of the inside of the cloaks meant that I could utilize some of the skin tones from those Soviet figures also.

Since the oils have a drying time of at least several hours, it is much easier to bounce back and forth between what might seem to be very disparate projects!

It is also a way to "keep things fresh", as I am not endlessly painting more fur cloaks or quilted uniforms for hours on end.  I could break up that by painting the metal surfaces, which would still need a fair amount of those brownish colors to be reflected in it. 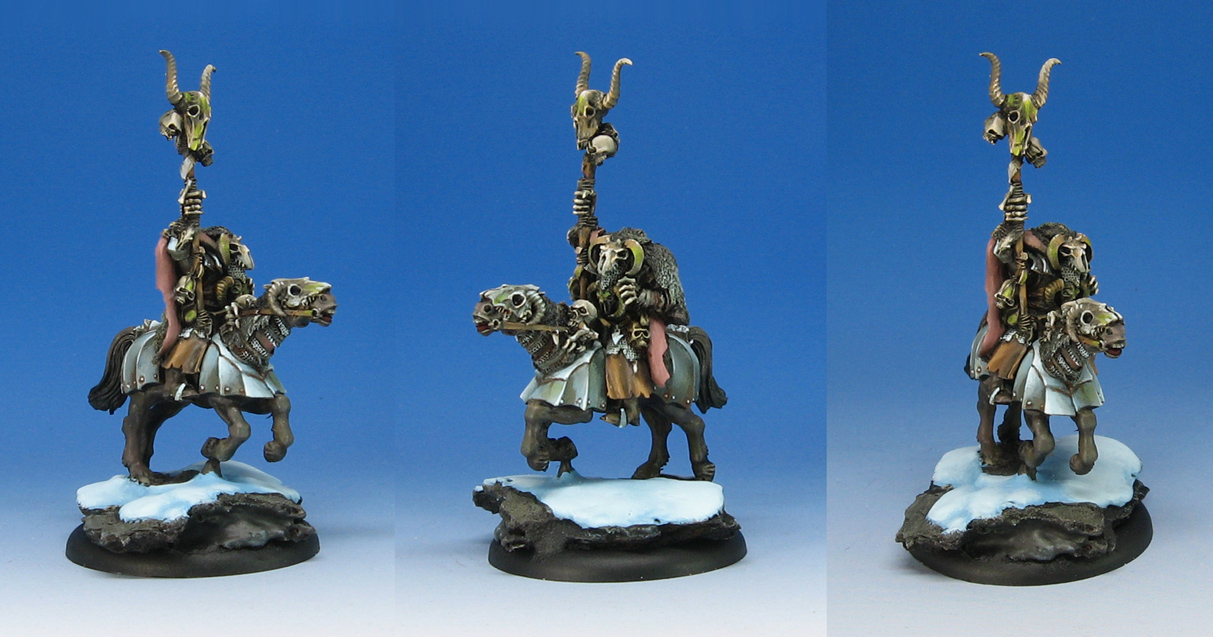 Posted by wappellious at 1:19 PM No comments: