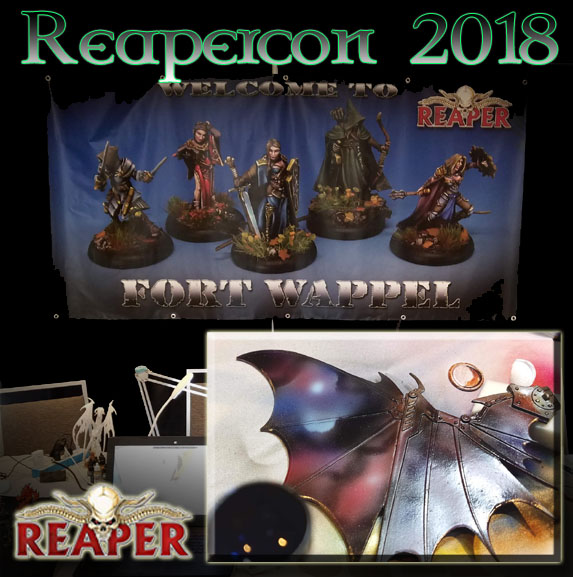 We were hoping that this year's ReaperCon would be a special edition, given the new venue and the addition of Fort Wappel!

It certainly turned out that way!  A fantastic week of painting fun and hanging out. 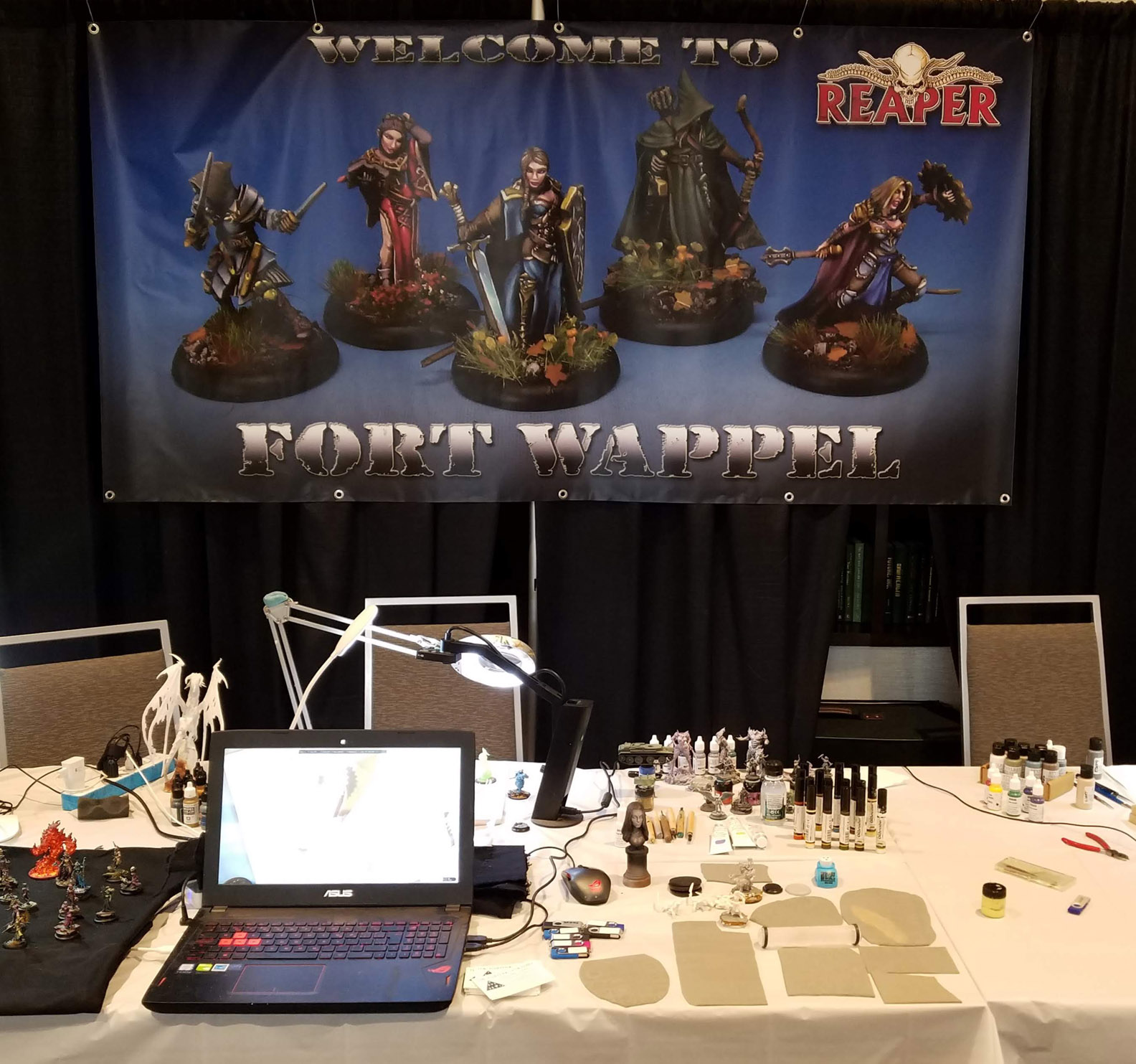 So many people came by to watch spontaneous demos, paint along with us, or just hang out and chat.  It was great to see old friends, and meet all the new people who were attending their first ReaperCon.  In fact, I constantly found myself talking to people who had never been to ReaperCon before.

The location for Fort Wappel was outstanding, with plenty of light, outlets and room to relax.  We had a number of tables across the lobby from us where RPG sessions were being held all day and well into the night.  I think that had a good portion of the massive increase in attendance.

While the venue was enormous compared to previous years, it seemed to be very full.  Let's say there was a very significant increase in attendance from the last few years, because it certainly felt that way!

I was doing demonstrations until 3 am each day, and lots of fun was had by all!! 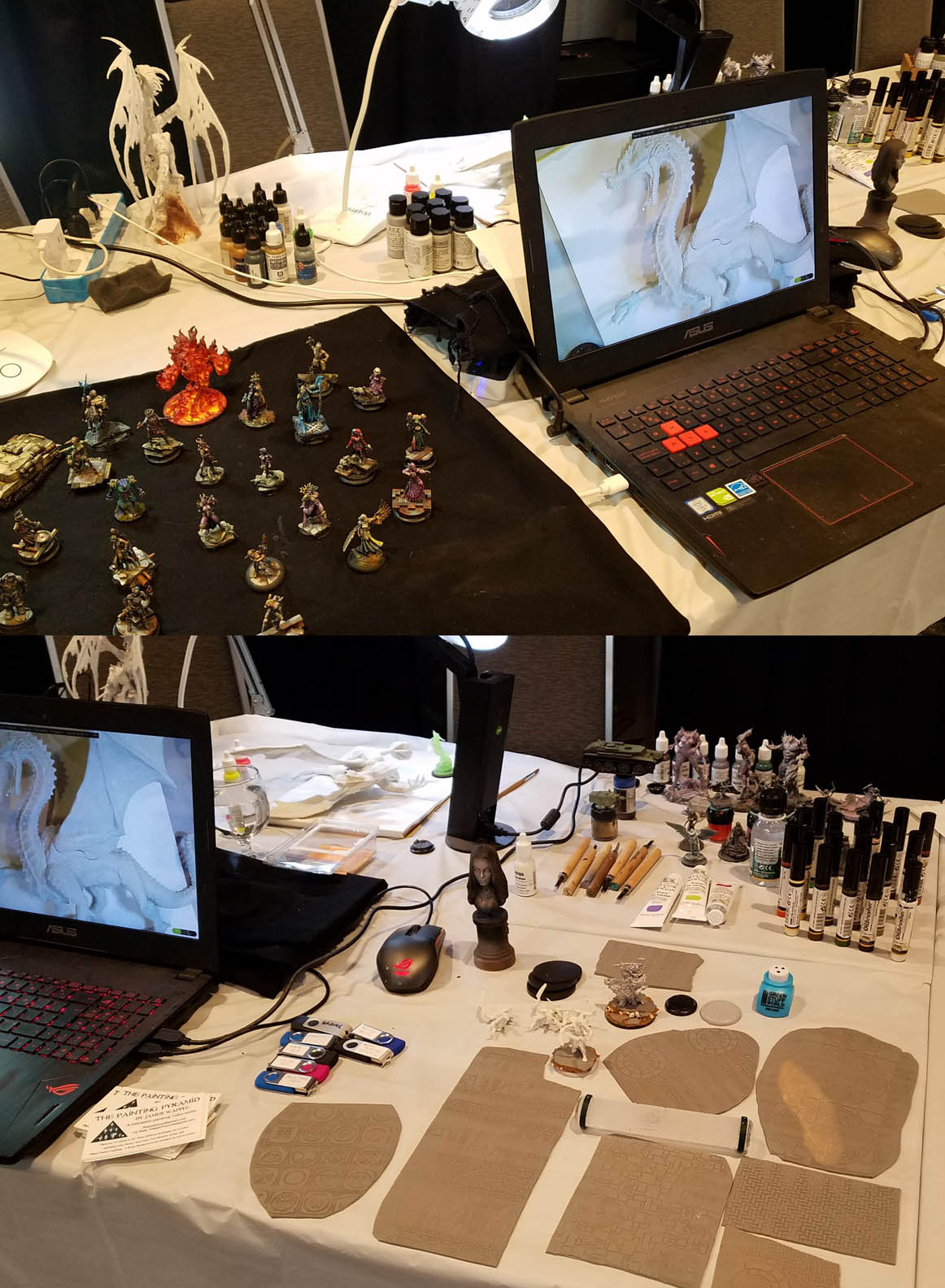 On Friday night I started a demo on the WyrmGear dragon, using the new MetalSmith paints from Badger Airbrush.  I had been itching to mess around with this for years, and I finally got the chance.

If you wanted your metals to appear darker, you prime with black, etc., and if you want them lighter, you can prime with a lighter color. 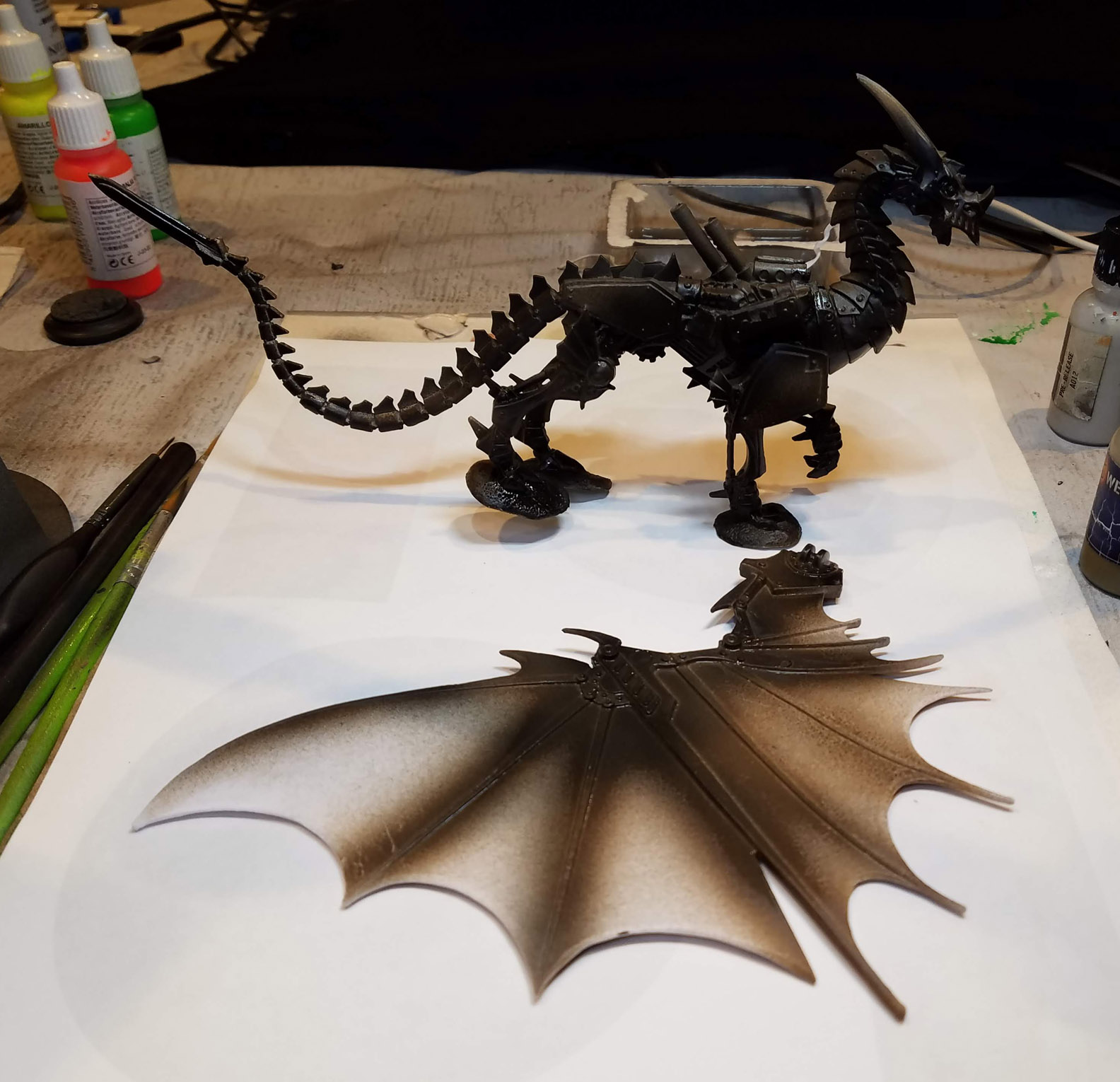 As you can see here, I went with my usual "pre shading" of a brownish black to an off white.  This will influence the shading of the 'metals', which is a mix of metal primer and the Ghost Tints. Here's a peek at what you can do with them.  If you recall, I used the Badger Metal Smith paints at GenCon on this massive bust: 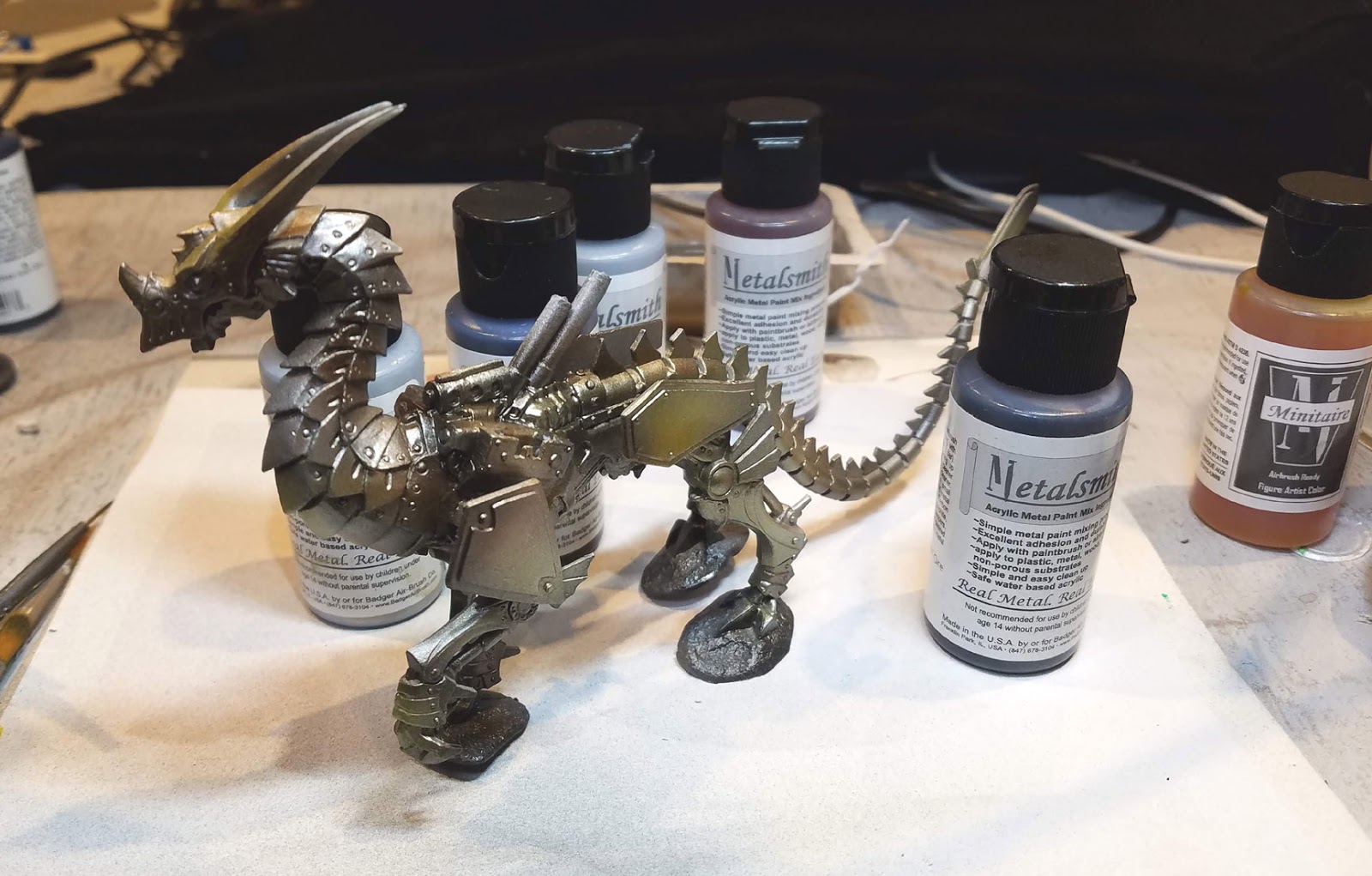 For the wings, I combined the Ghost tints with the Badger Stynlrez primers.  I used to paint spacescapes back in the days of 2D art, so I knew this would be very fun.

I started out with some lighter colors of primer, such as the slate blue and pink mixed with white.  Once that was set down, I could spray over it with magenta, blue, and turquoise Ghost Tints.

You can even mix the two together, which gives you a very nice, brightly colored primer! 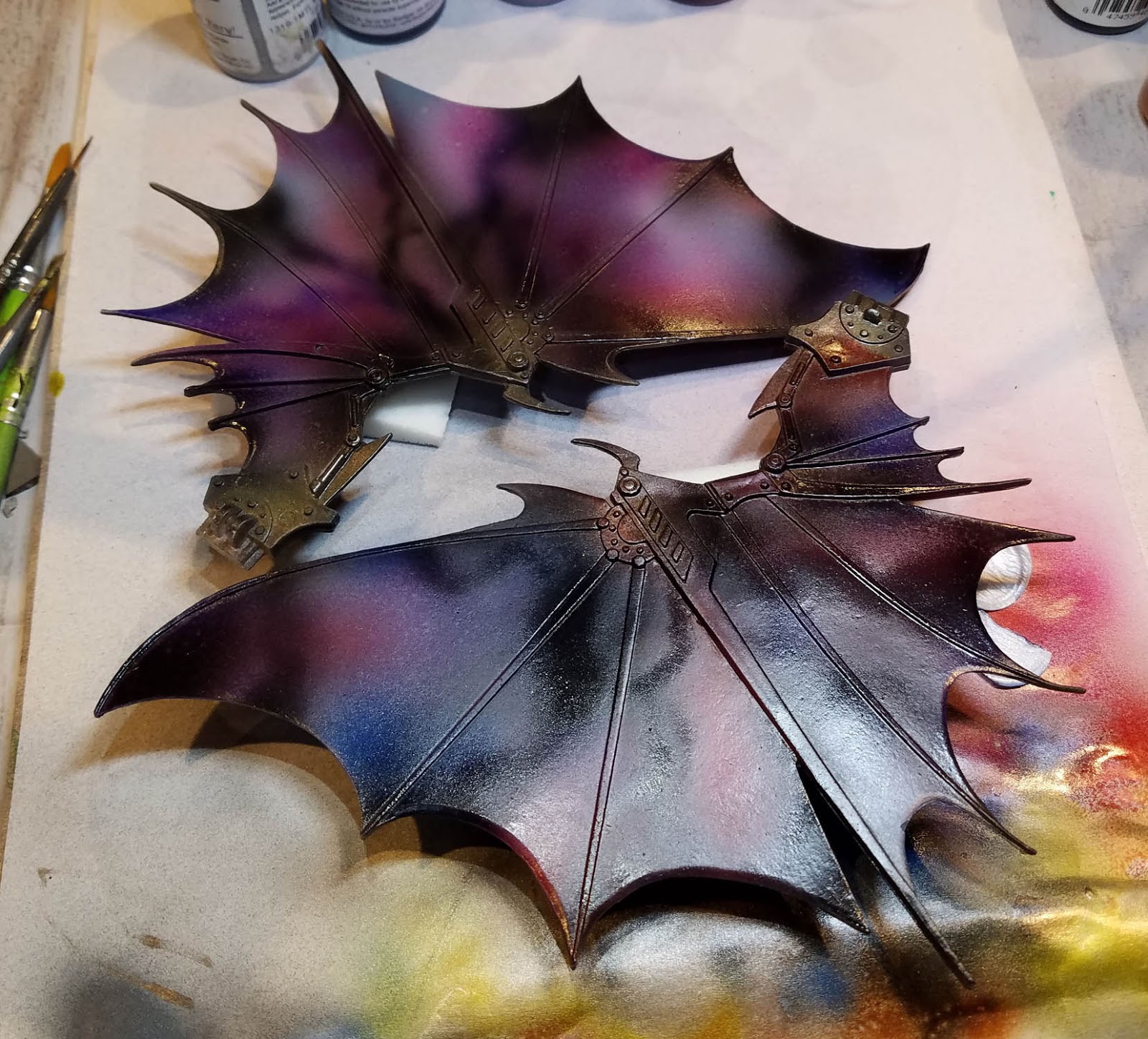 I mixed the Midnight Blue Ghost tint with a bit of black primer to make the deepest dark colors on the wings where I wanted dust clouds. 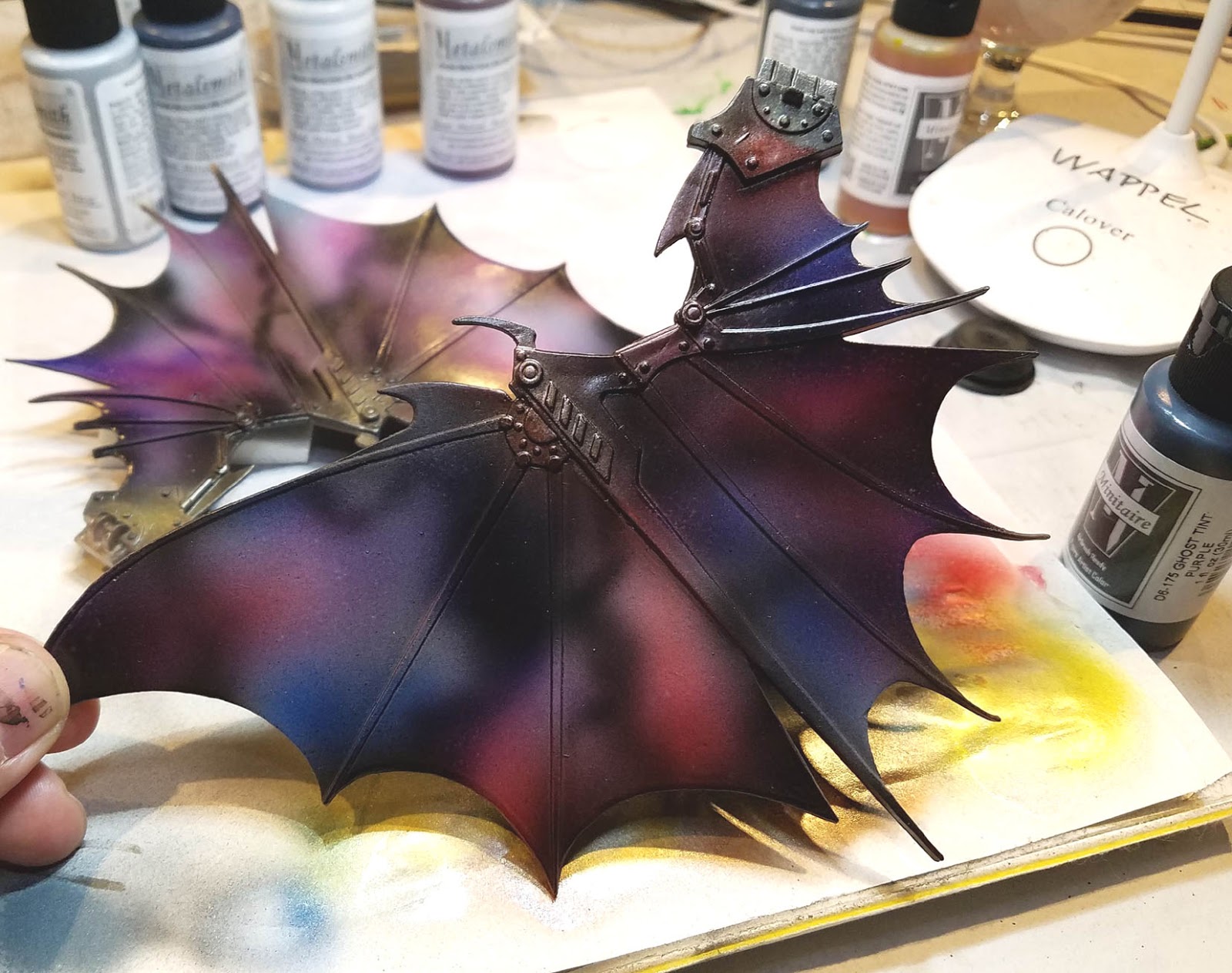 In order to make them appear as if they were illuminated from behind, I ripped up a few paper towels to create a mask.  This uneven edge is ideal for creating the effect! 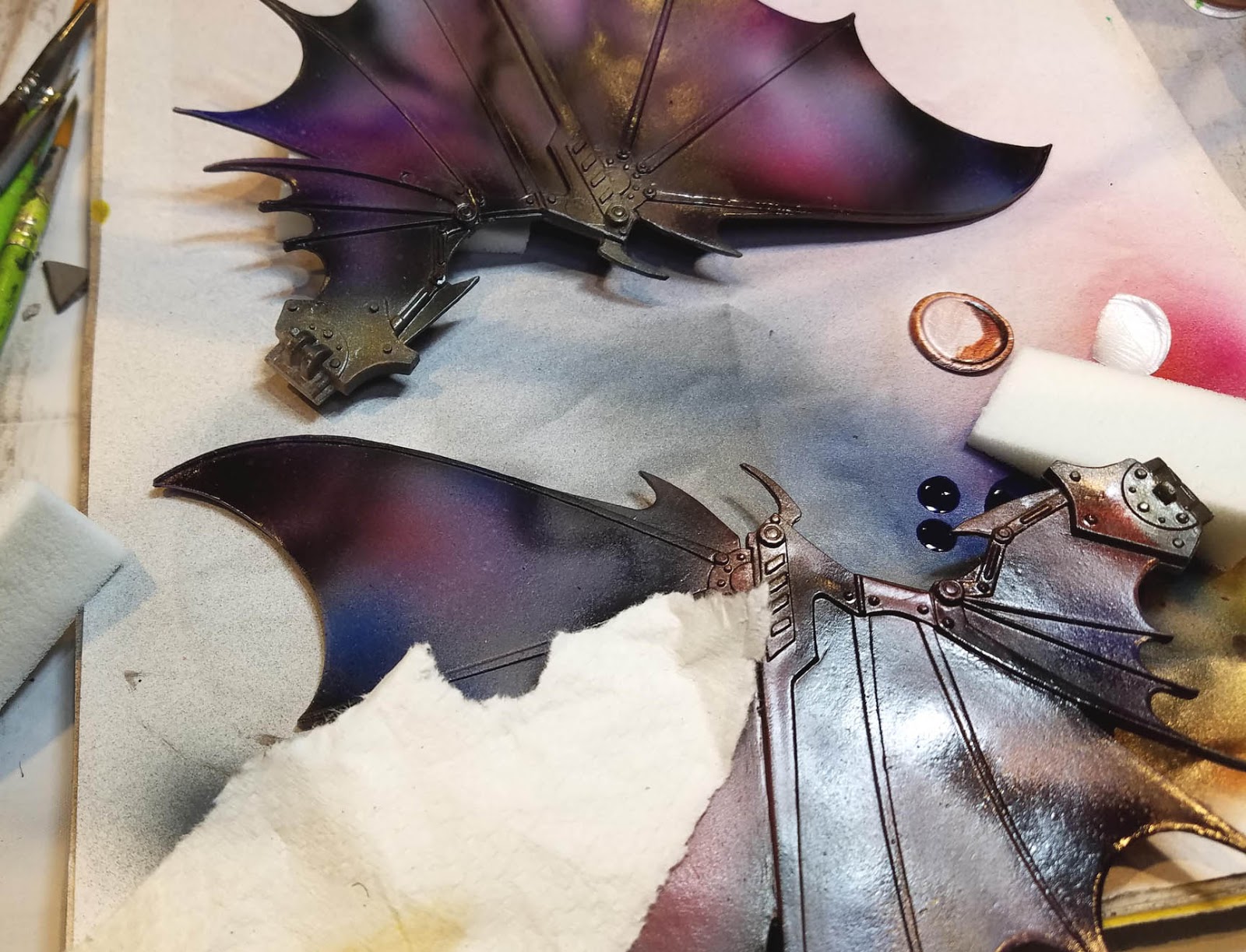 A few quick sprays of the lighter primer/Ghost Tint mix made parts of the dust cloud really stand out, creating that extra depth.  Stay tuned for the conclusion in tomorrow's post!

Once again, many thanks to the Reaper staff who work quadruple overtime on this event, and to everyone who came by to hang out with us.  The venue is amazing, and I think next year will be eveb better!! 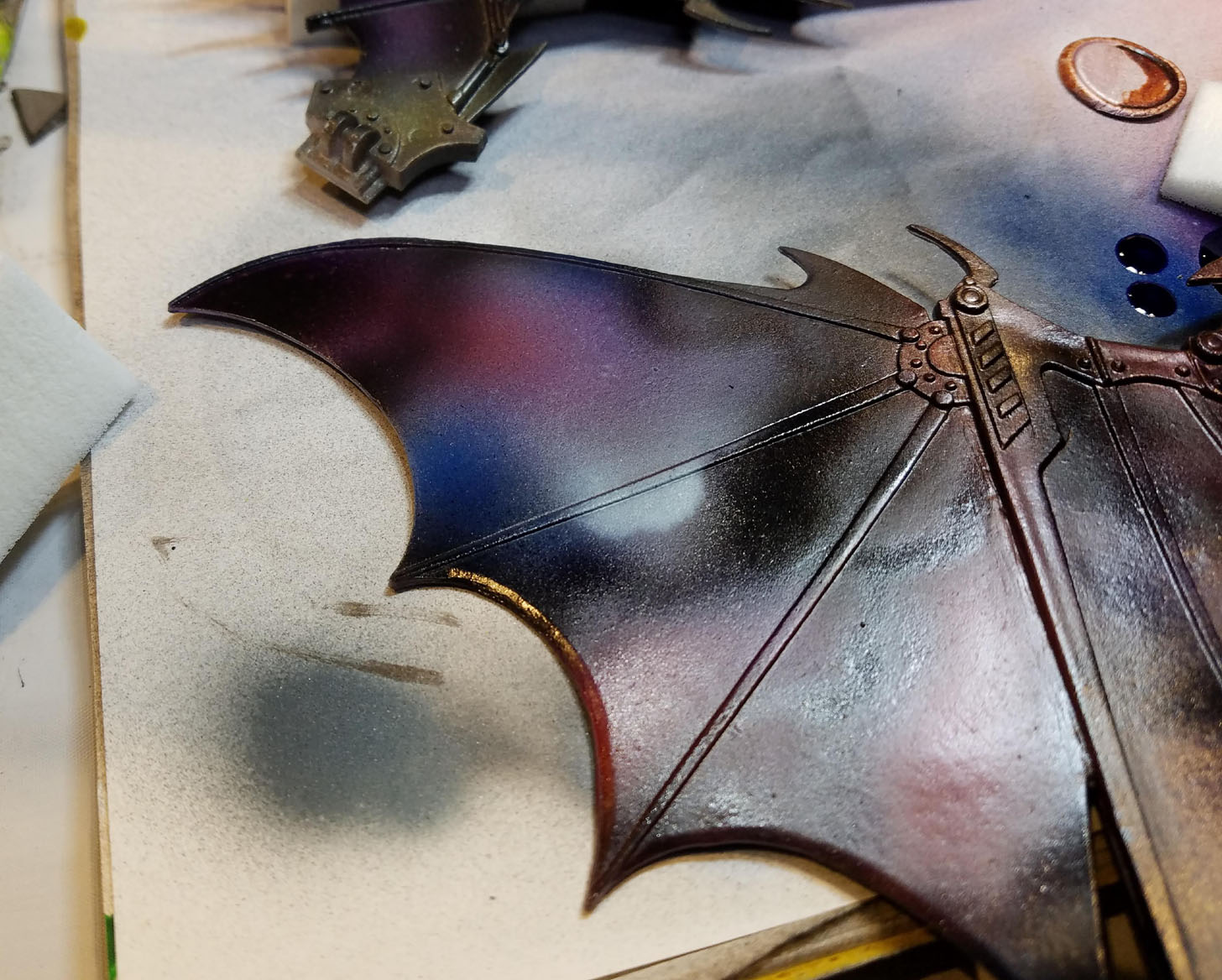