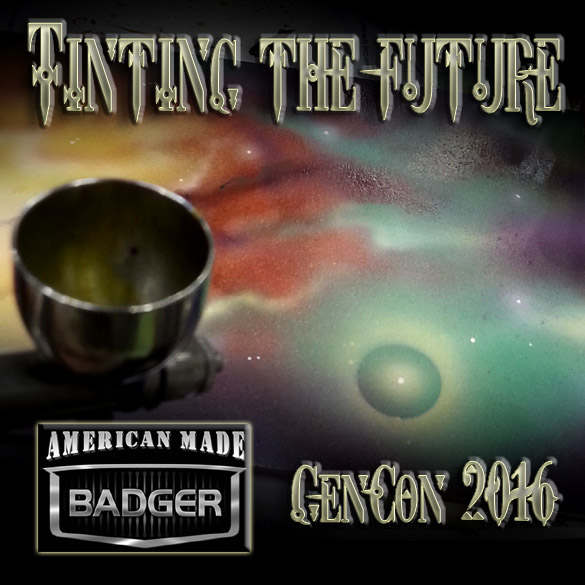 Day three of GenCon was no less hectic than Thursday or Friday.  I was bouncing between the two booths, and lots of demos were going on.  Of course, we also had the traditional Running of the Circos, featuring Rich and his daughter showing off this year's cosplay. 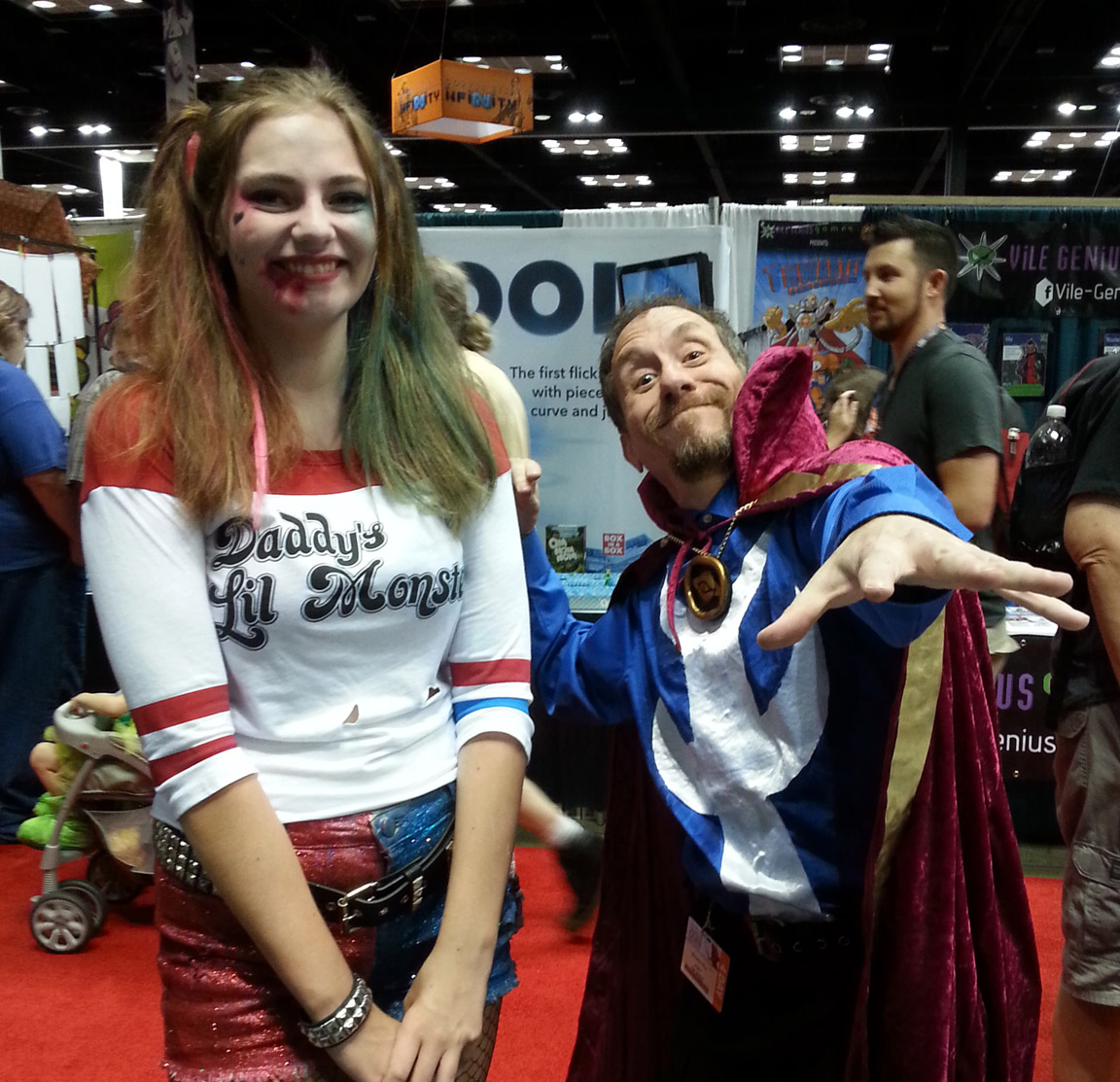 In the afternoon, it was time to get down to the business of airbrushing once again.  I wasn't able to get any pictures of the early stages, but the basic principle was the same as the other two spacescapes.

I used the Ghost Tints to create the intense dark shades, while I mixed them with lighter colors to get the juicy middle tones and other highlights. 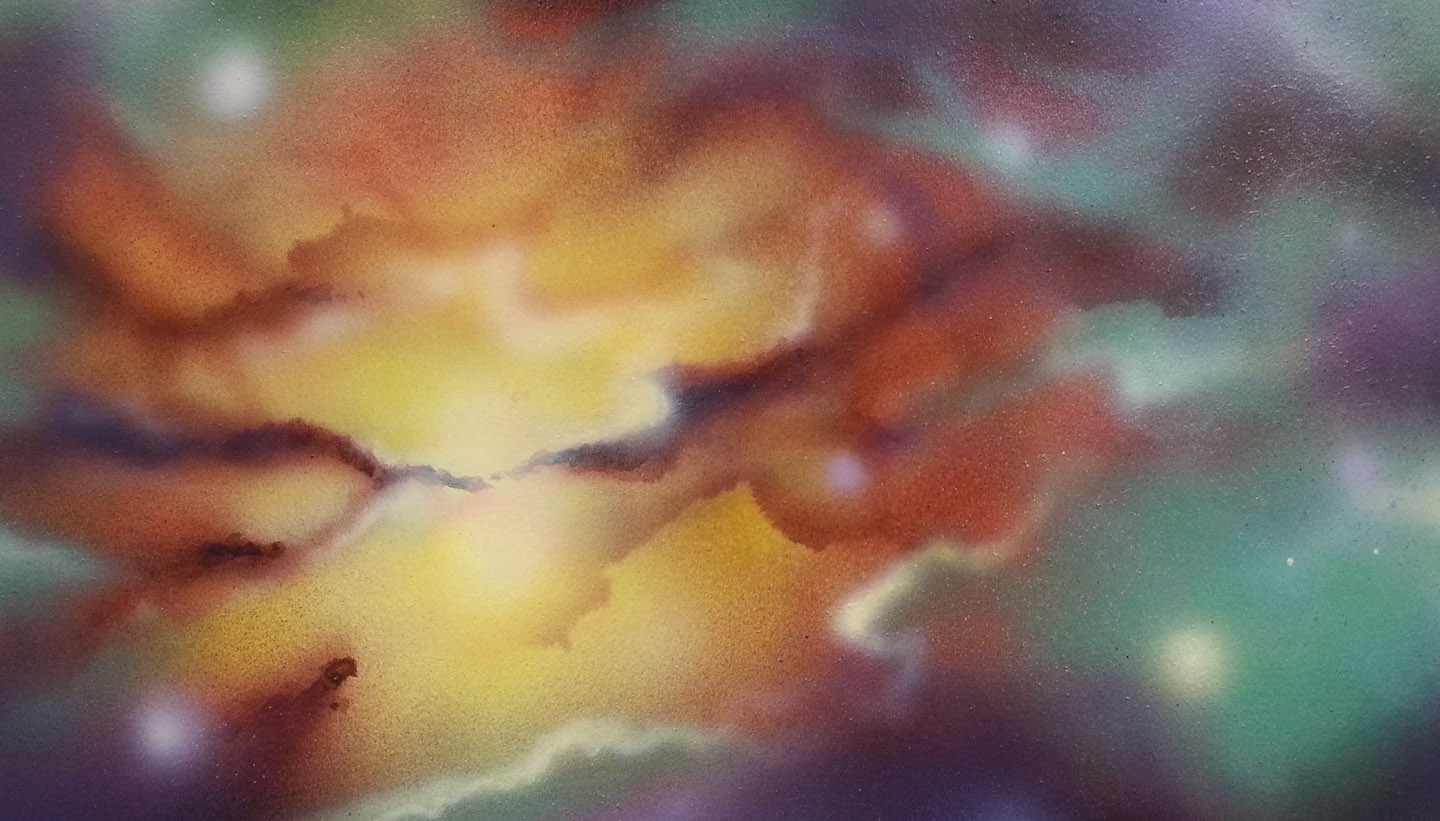 It is the notion of working "back and forth" that I try to encourage with miniature painting as well.  As a watercolorist, I didn't restrict myself to working "light to dark", as it is usually seen.  I would also work dark to light, which is typically thought of as an oil or pastel approach.

And, you guessed it... I did the same reversal with those materials too! 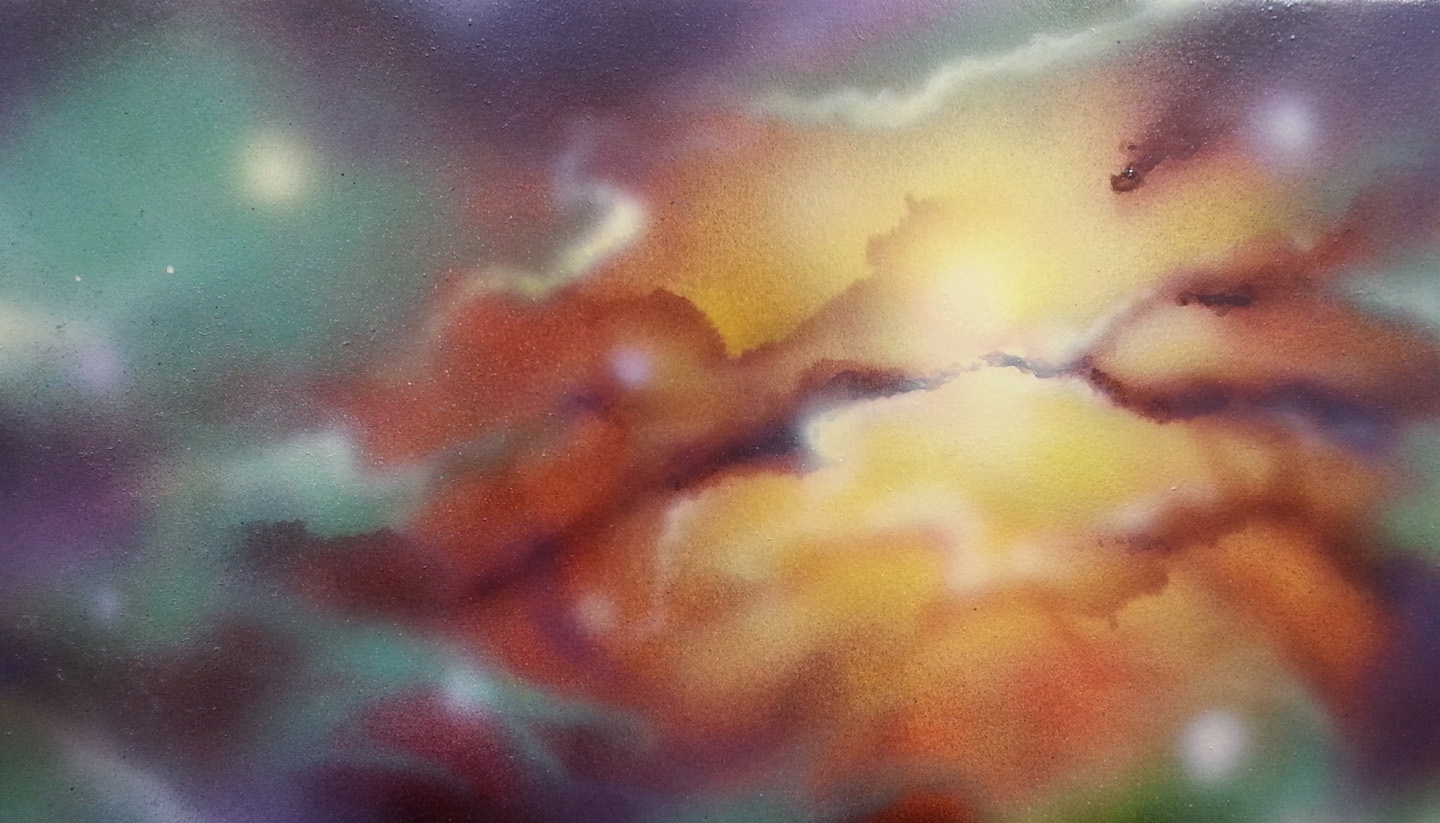 Since my masking materials are long since lost in the ether of time, I had to make do with anything I could find.  While it was not ideal, a coin might just do the trick for creating the spectral halo around the stars. 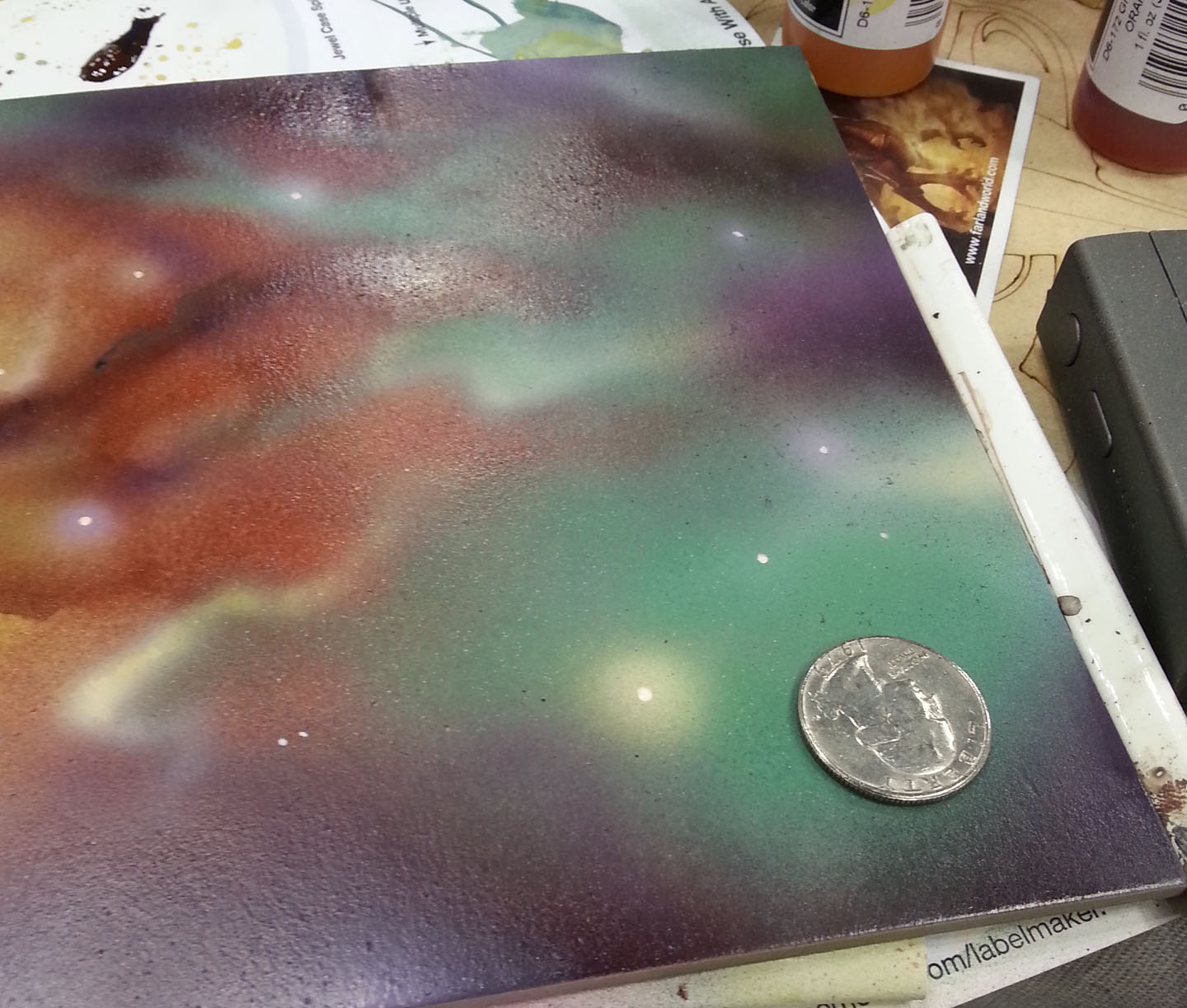 I was able to hold the brush surprisingly vertical to the coin... another testament to the Extreme Patriot! 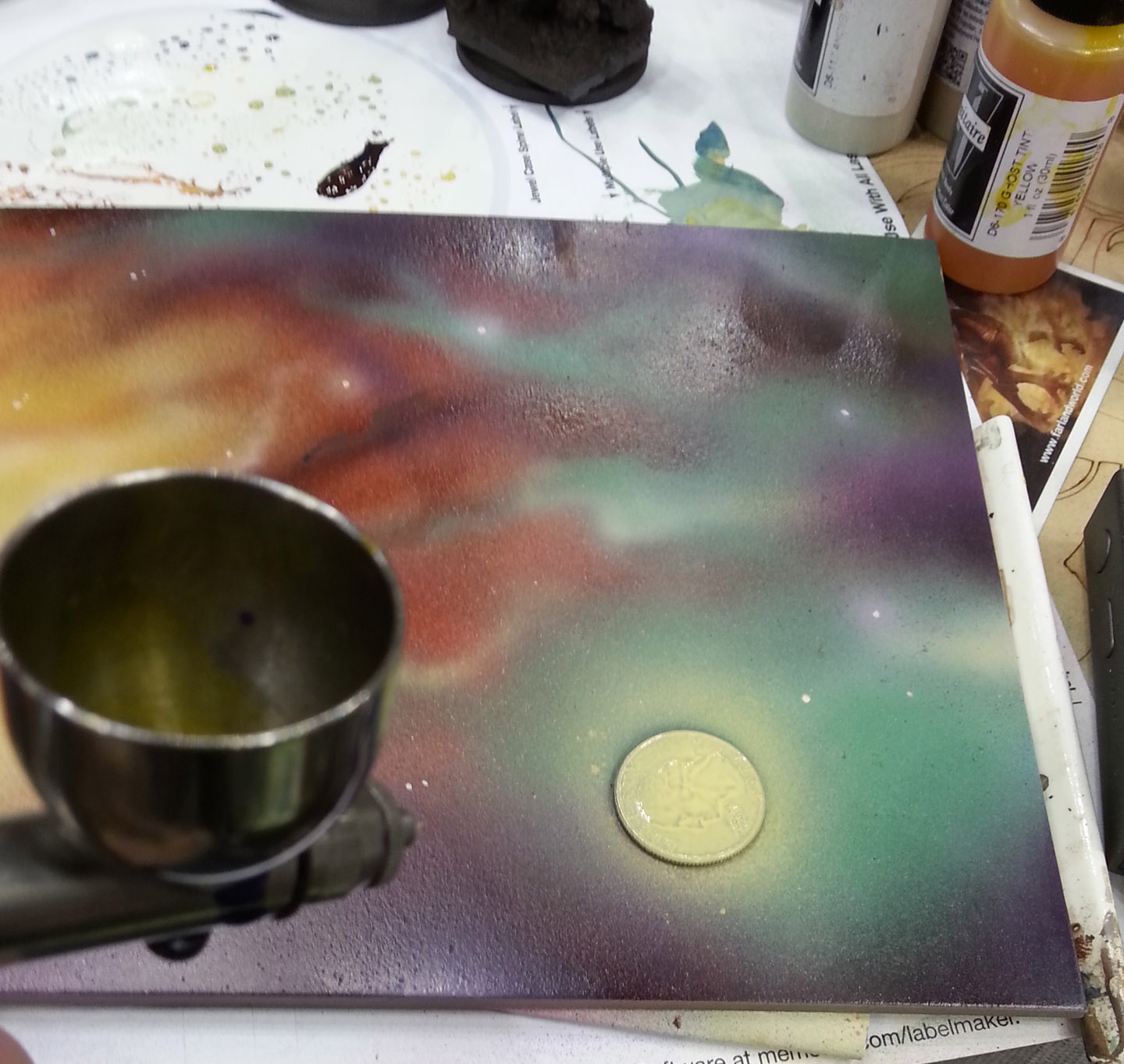 And thus a halo is born! 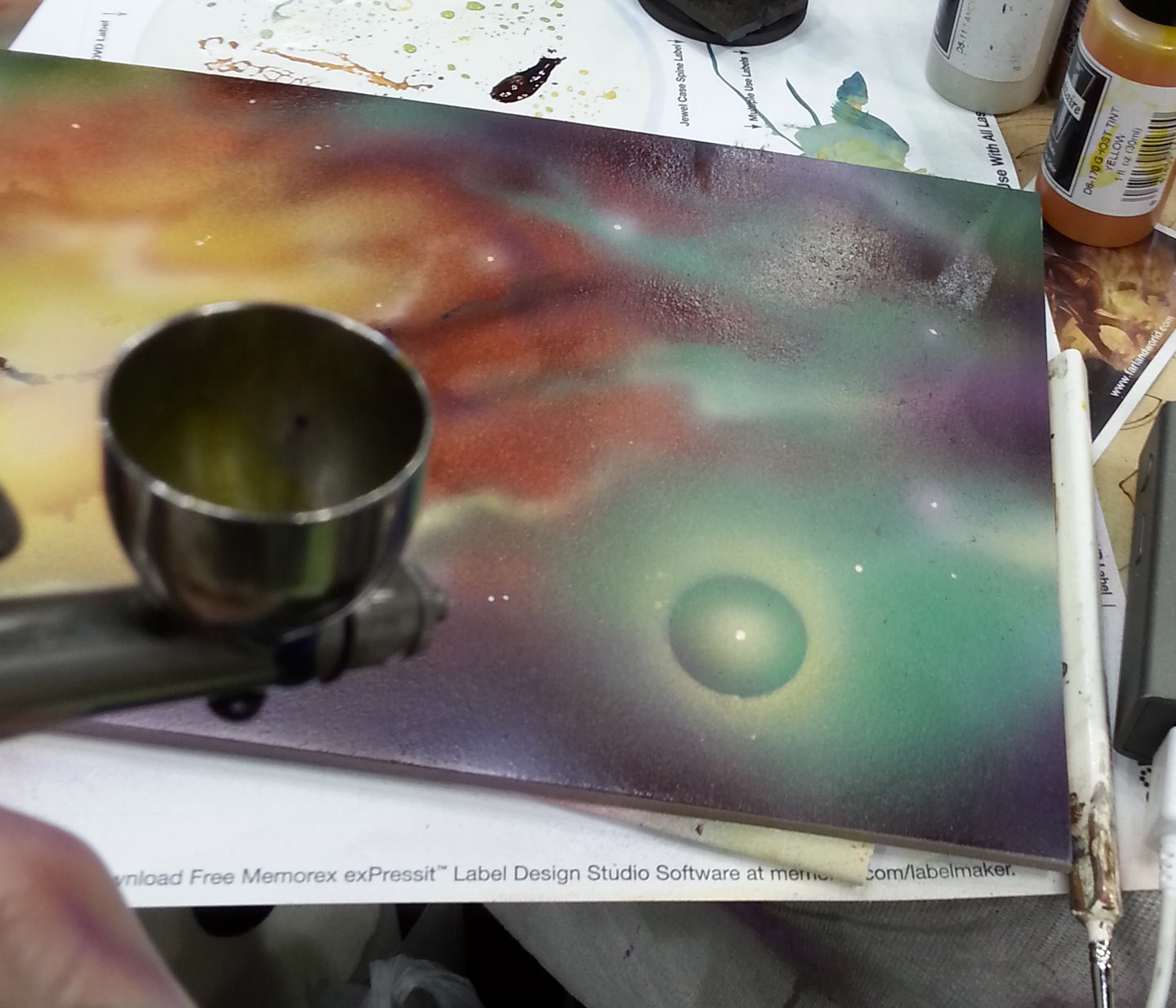 I did this to a few other stars, and highlighted some edges of the clouds. 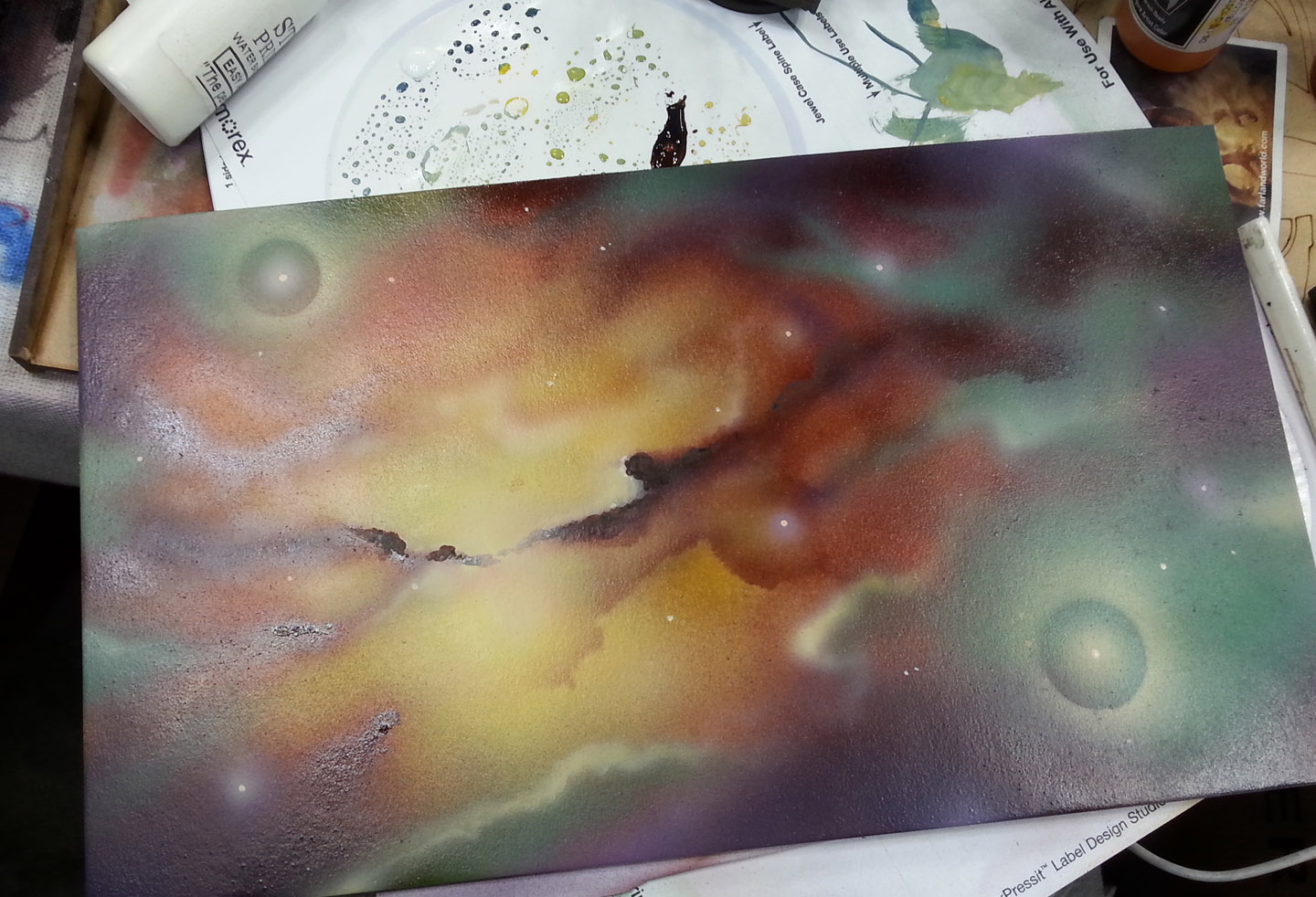 I also did a little regular brushwork, which sharpened edges and made various areas come to the front and then recede.  The total amount of working time that I had on these paintings was around two hours, which I don't think I mentioned yesterday. 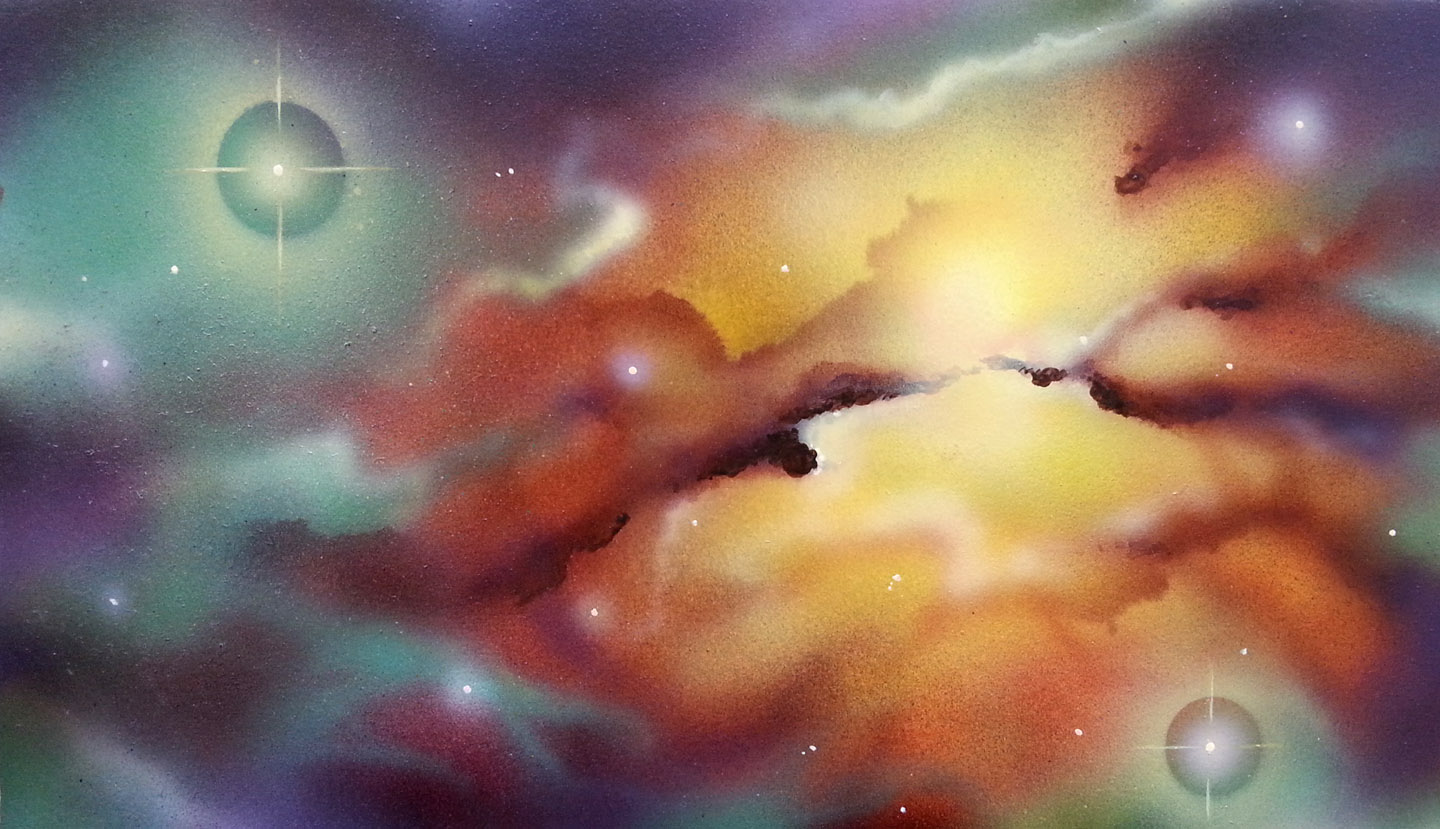 Continuing the composition conversation from yesterday's post, here's an image of the same piece flipped around, showing that a good composition can work from any viewpoint.

While this is a little more tricky to show in miniature painting, holding your figure in a mirror can give you some sense of 'distance', or make it appear the way a stranger might see it. 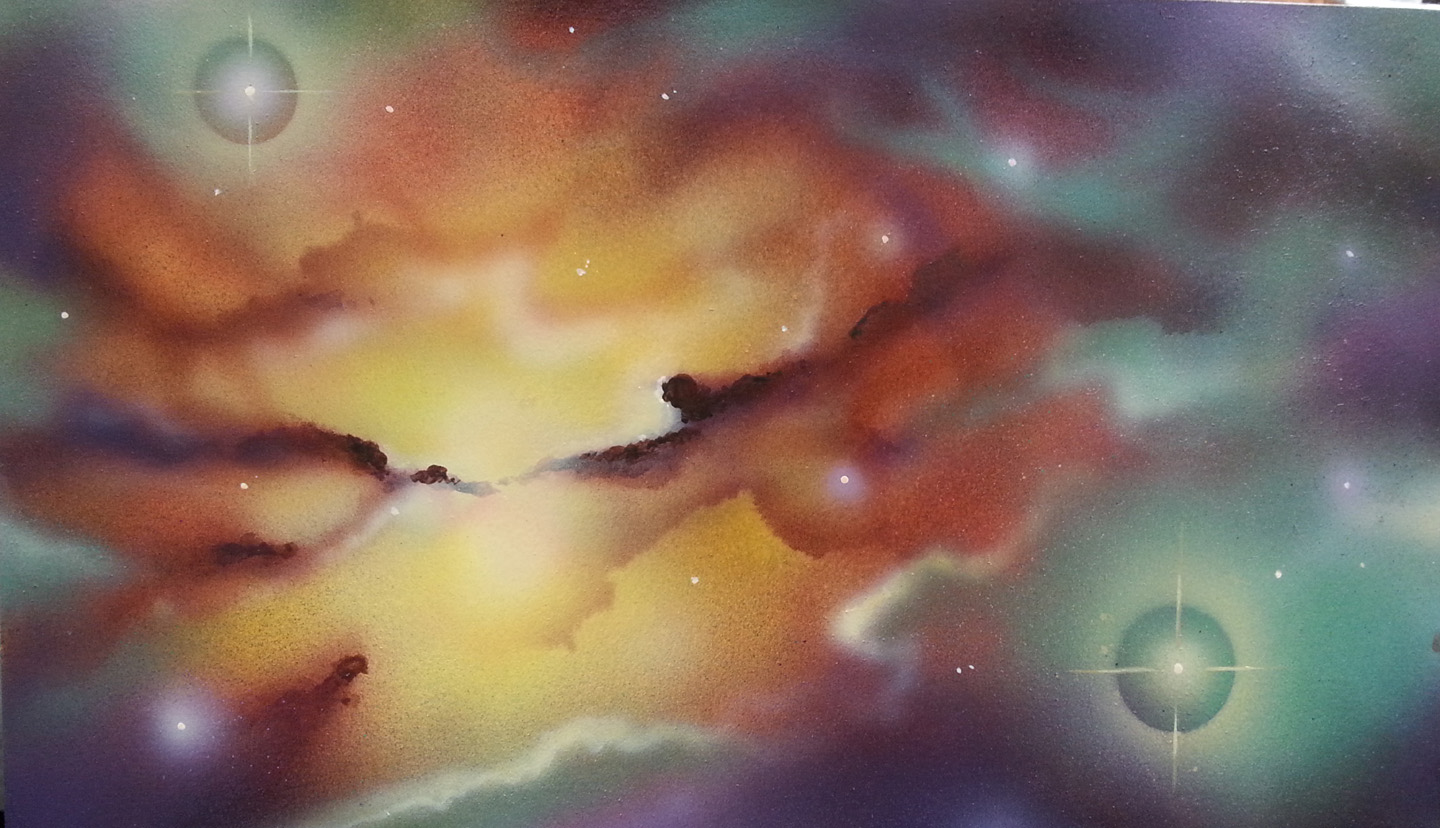