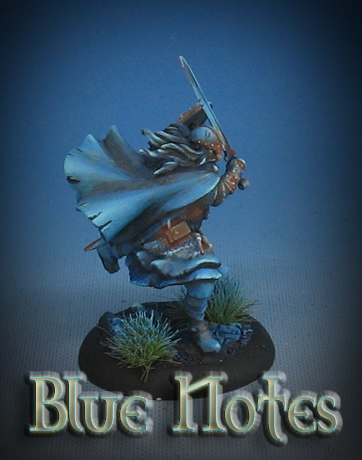 It can be very interesting to see how the same technique can look quite different depending on the primary color choices that you make.  In this case, the blueish ethereal glow was requested, but with the "weathered" look I had done for my Army of the Dead.

Here's a view of some of those Lord of the Rings Army of the Dead:

Just as I did with the Army of the Dead figures, I tried to change the intensity and hue of the blues.  In some areas, the color was more pure, and in others as grayed down as possible.  This time around I had the Secret Weapon Weathering paints, which is very handy!

I will be redoing my Army of the Dead force for Lord of the Rings, and this time around I will be filming it in tutorial form for the Patreon Page.  Once I get that painted, terrain videos and battle reports will follow!