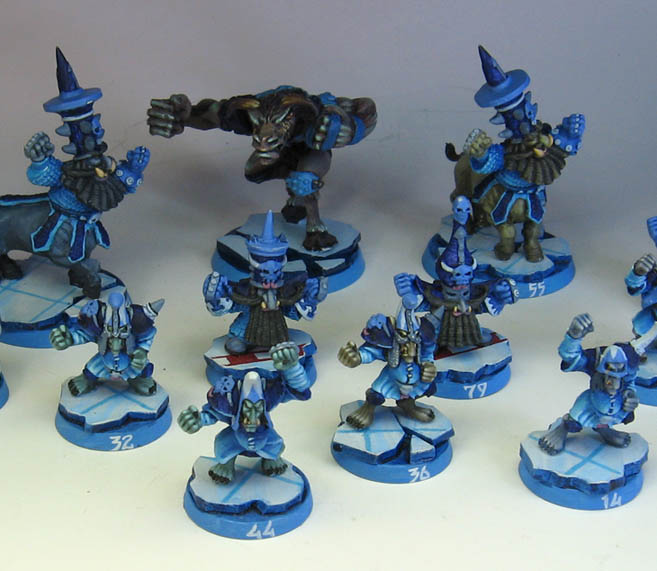 Here is a new version of my very first Blood Bowl team... the Juneau Ice Bergs!  The first time I tried painting them back in the 90's, I had no idea what I was doing... either with the miniatures or with the game :-)

I disbanded them a long time ago, but the stadium remains intact.  You can find images on this in the Blood Bowl stadium section. 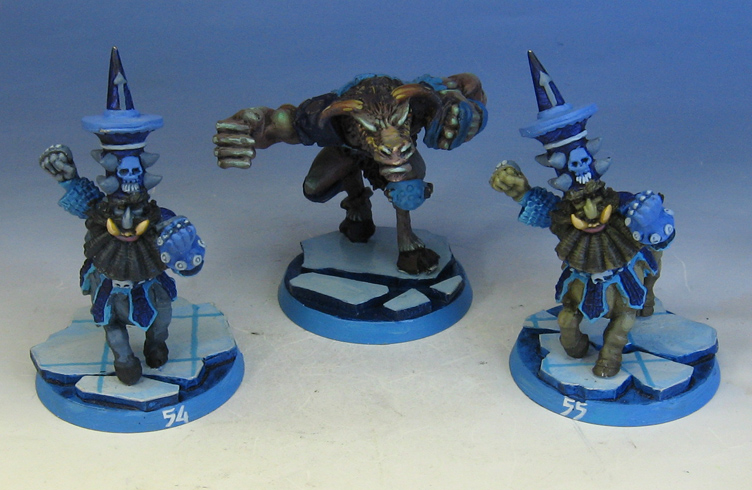 Ever since, I wanted to give it another try.  Using all the tricks that I had learned over many years of mini painting, I was able to get the results that I wanted originally, but did not know how to do. 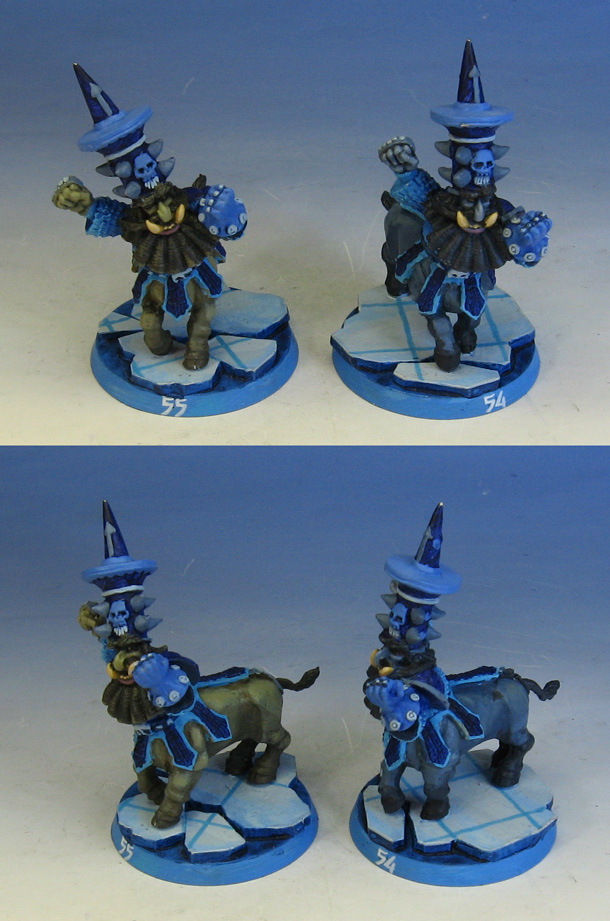 These are some images of the team mostly completed.

The ice bases were very fun, and they really go well with the stadium! 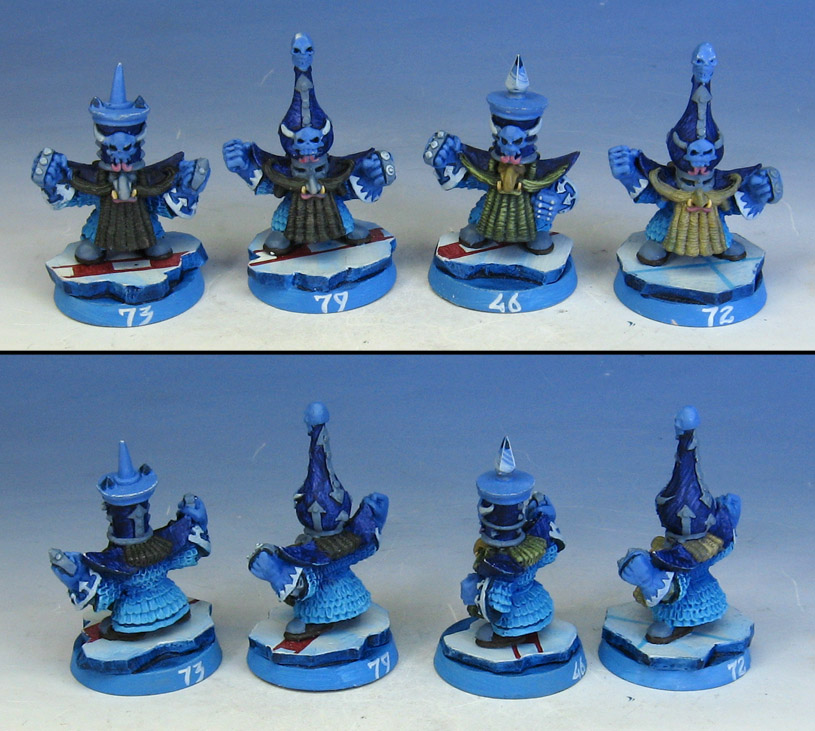 The last time I played these guys in a very brief league, they were doing far better than they had so long ago.  I had hundreds of games in between, and I was able to pull off a lot of dramatic plays. 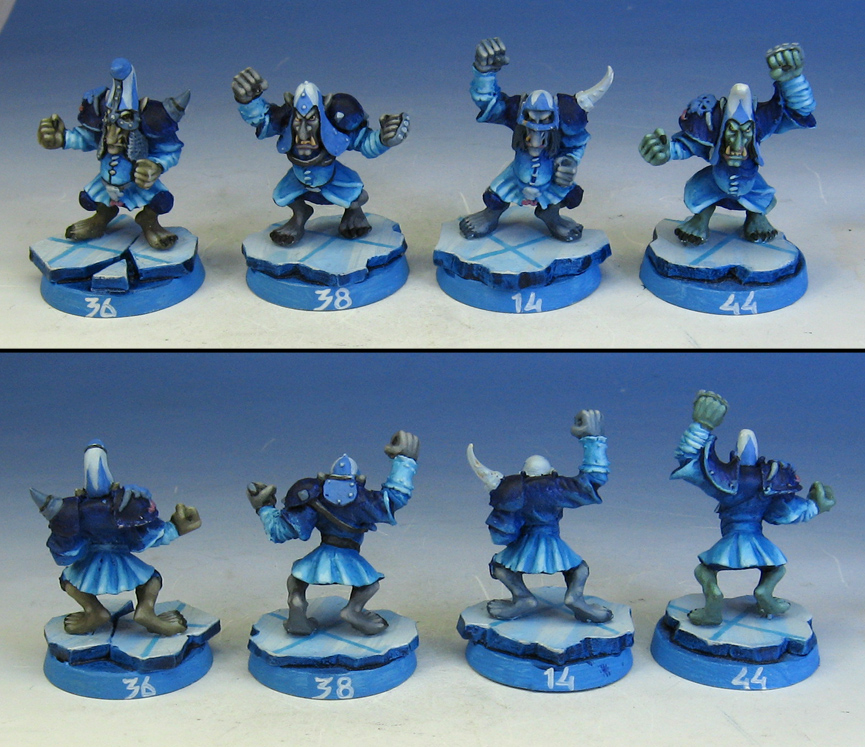 I had a different approach with them than the usual Chaos Dwarf team, but it paid off in lots of star player points and wins. 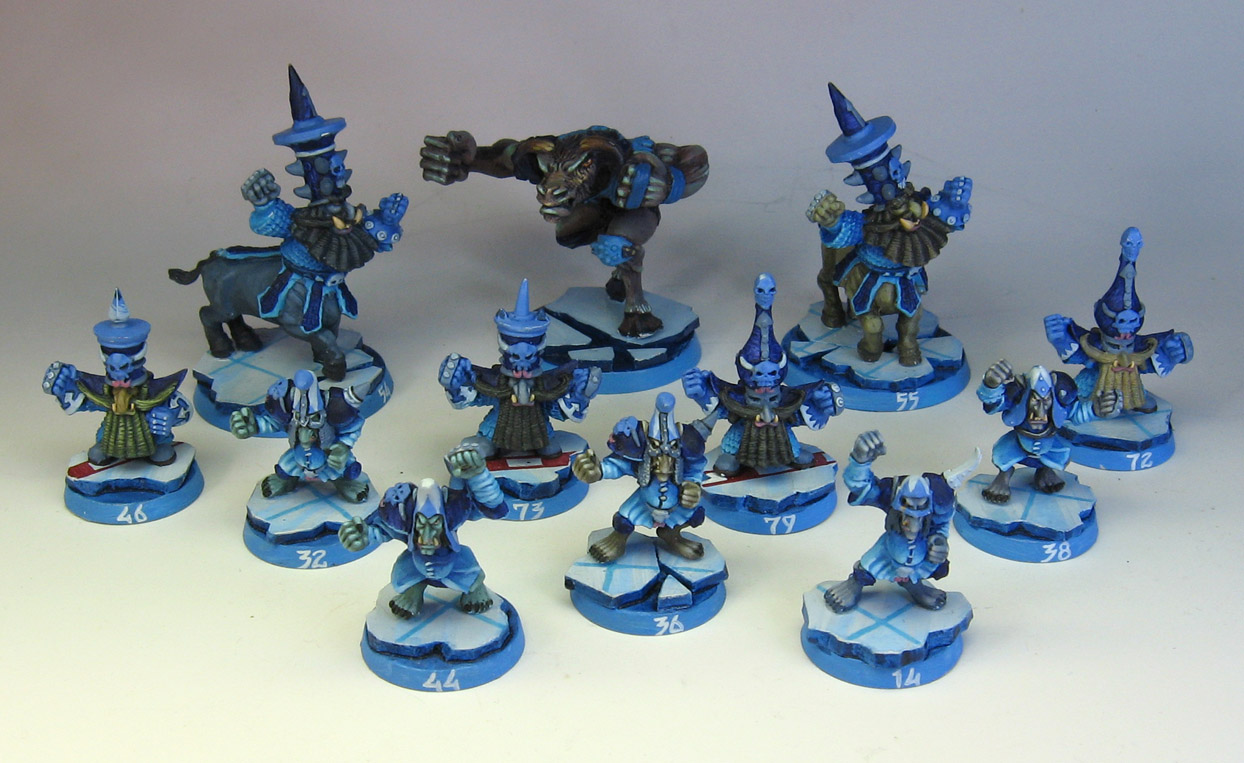 I will be saying goodbye to these lads, as they are being donated to a Wounded Warrior project.
Here is the link:
http://www.7citiesbb.com/ 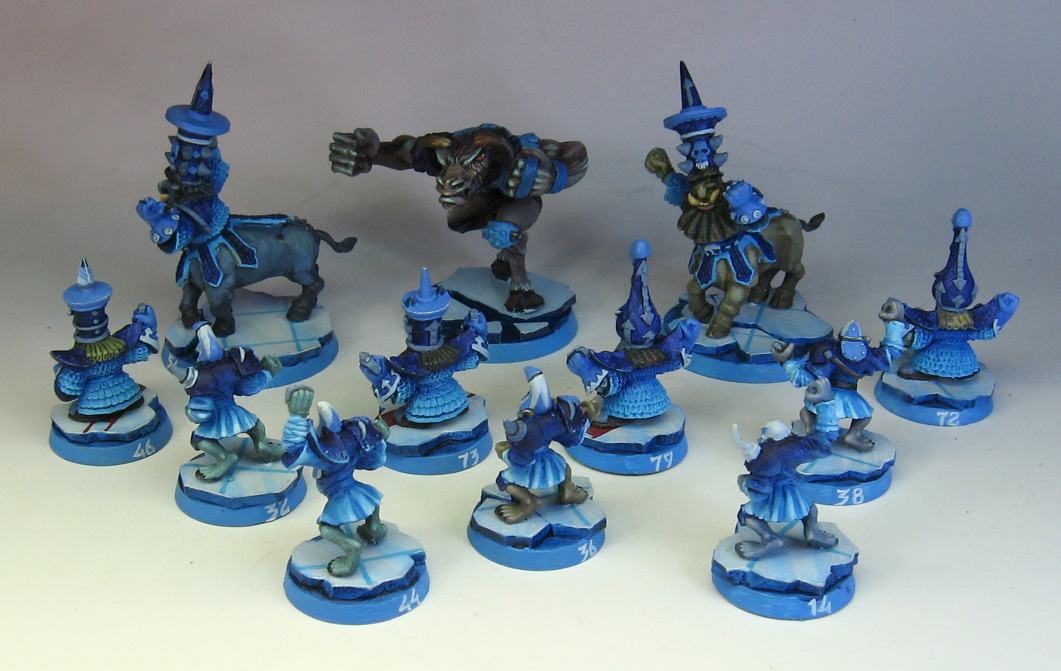 Posted by wappellious at 2:32 AM