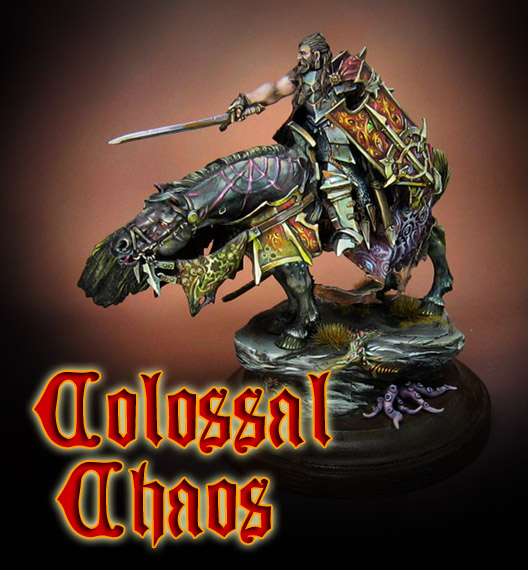 Here's an interesting figure from a while back. 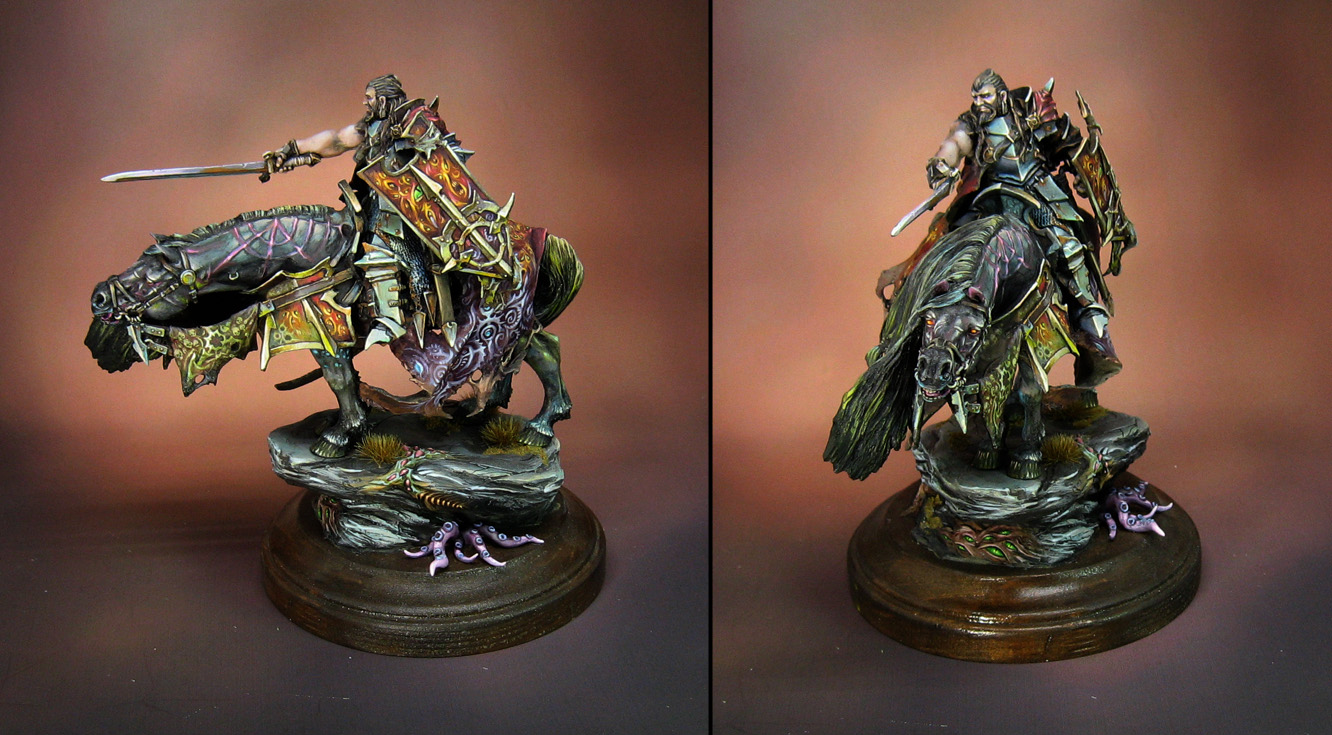 I wanted to take some new images with the backdrops and photo booth, hoping to capture many of the details which have not shown up in previous attempts.

This is a massive 72mm figure, which required me to sculpt a substantial base for it.  It was made out of apoxy sculpt and green stuff. 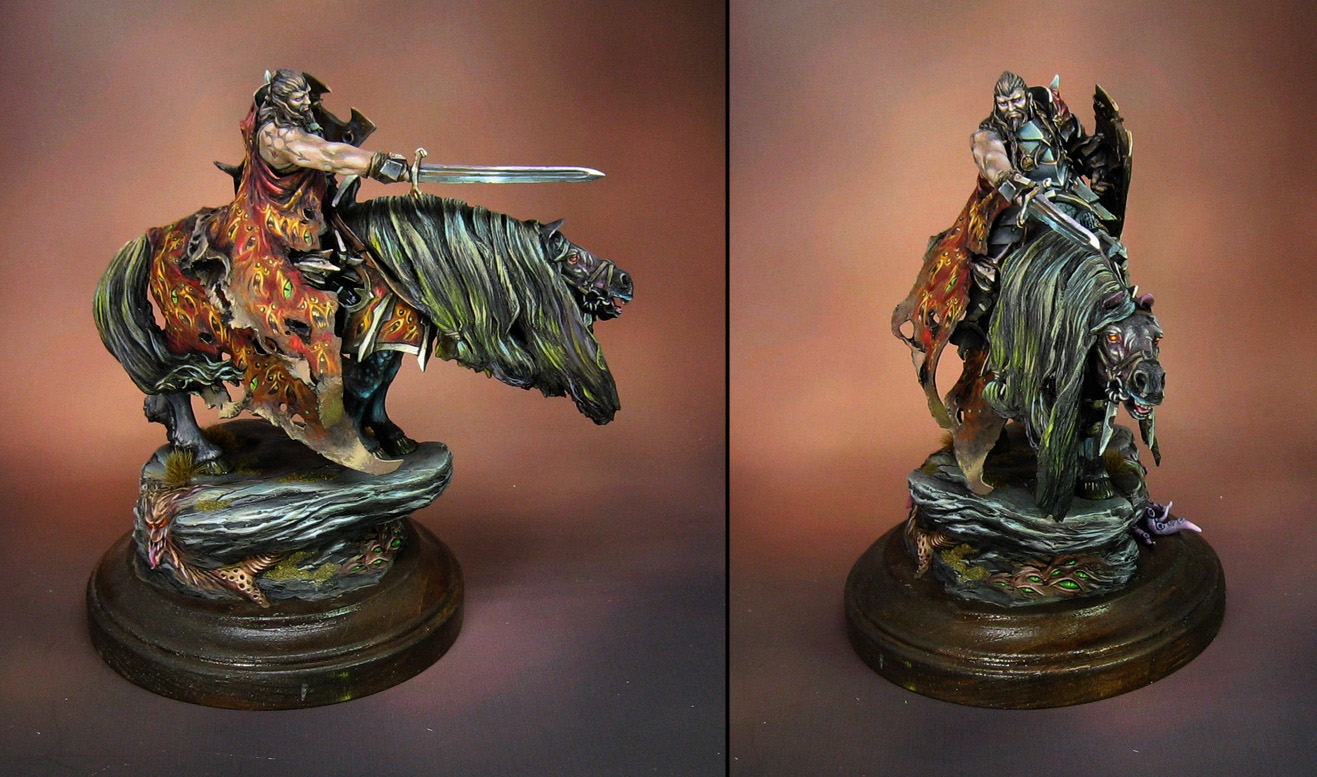 I was attempting to represent all four of the chaos gods, not only in the freehand on the figure, but in the base as well!  Hopefully that all shows up in these new pictures.

The obvious design is to the Blood God, but there's also a hint of Nurgle down at the foot of the base :-) 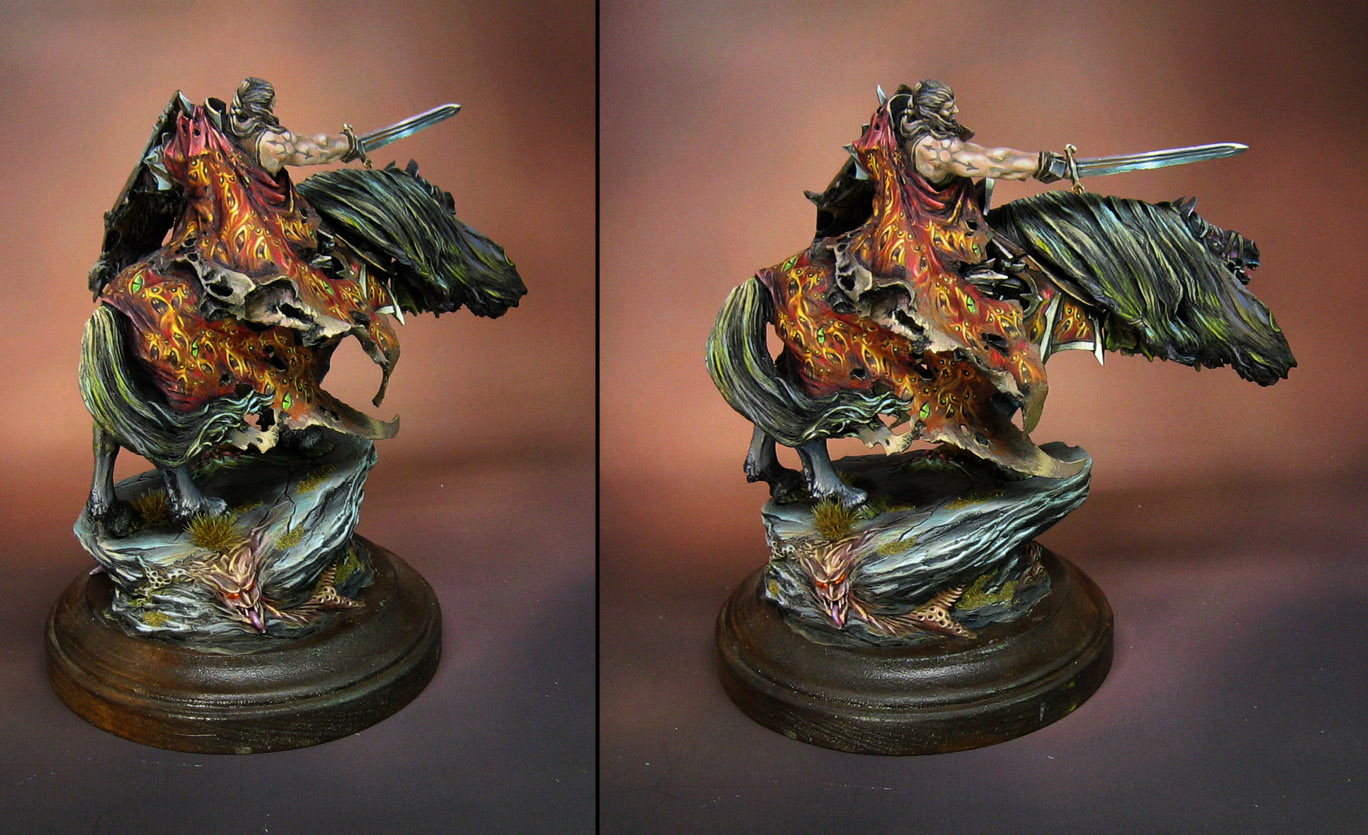 This side shows the Slaneesh influence in the freehand, but there are some Tzeentchy tentacles on the base too. 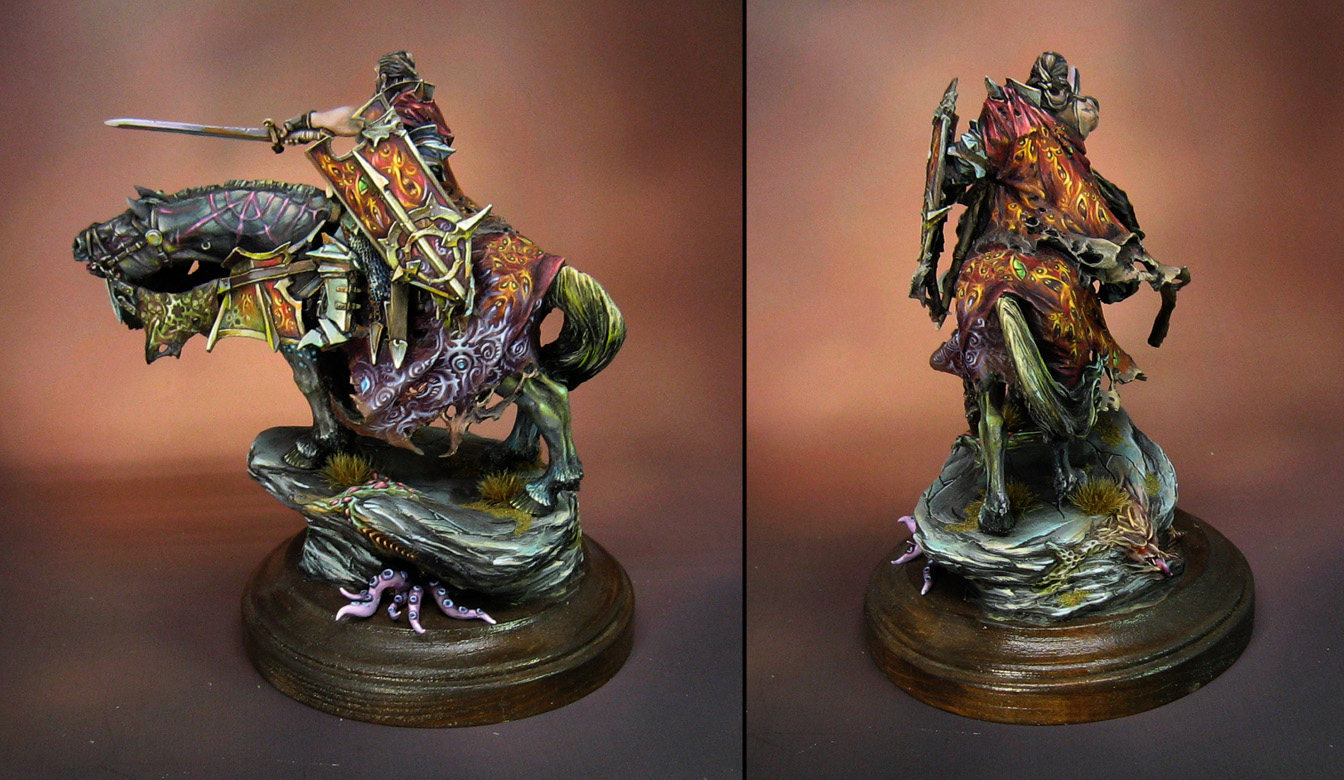 It's harder to see, but on the horses fur I attempted to do some light blue spots to get that Tzeetch influence on the mount itself. 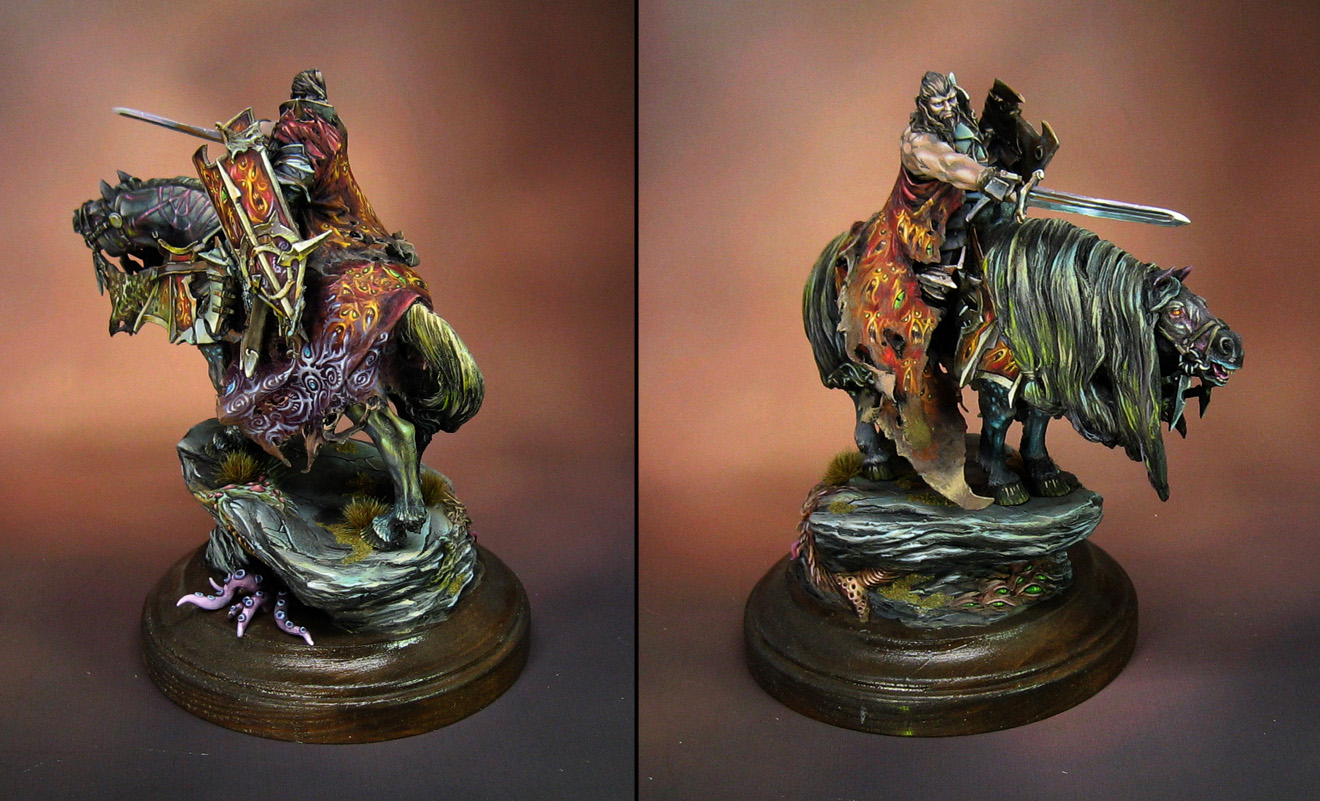 The view from above gives you another perspective on the base... 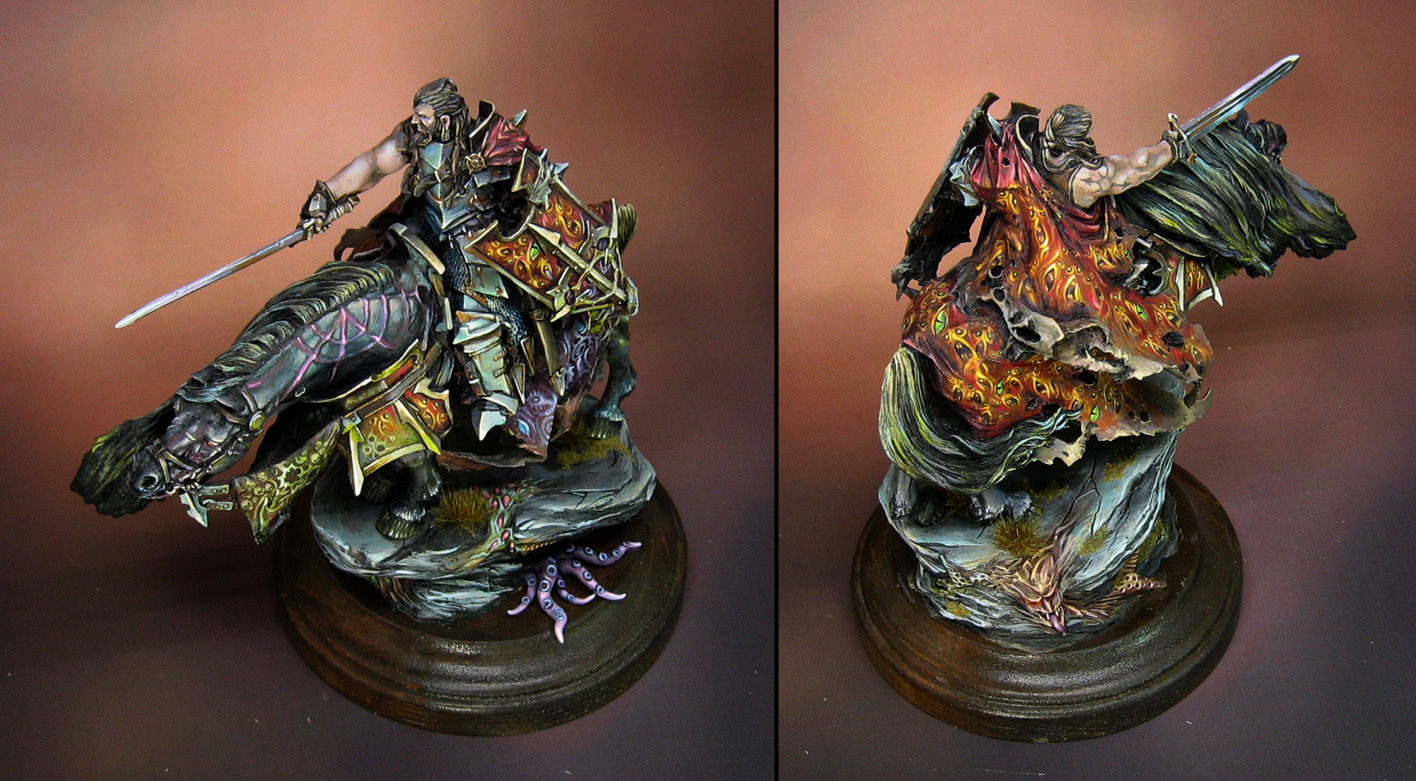 While these low angle views give you a sense of how gigantic this is! 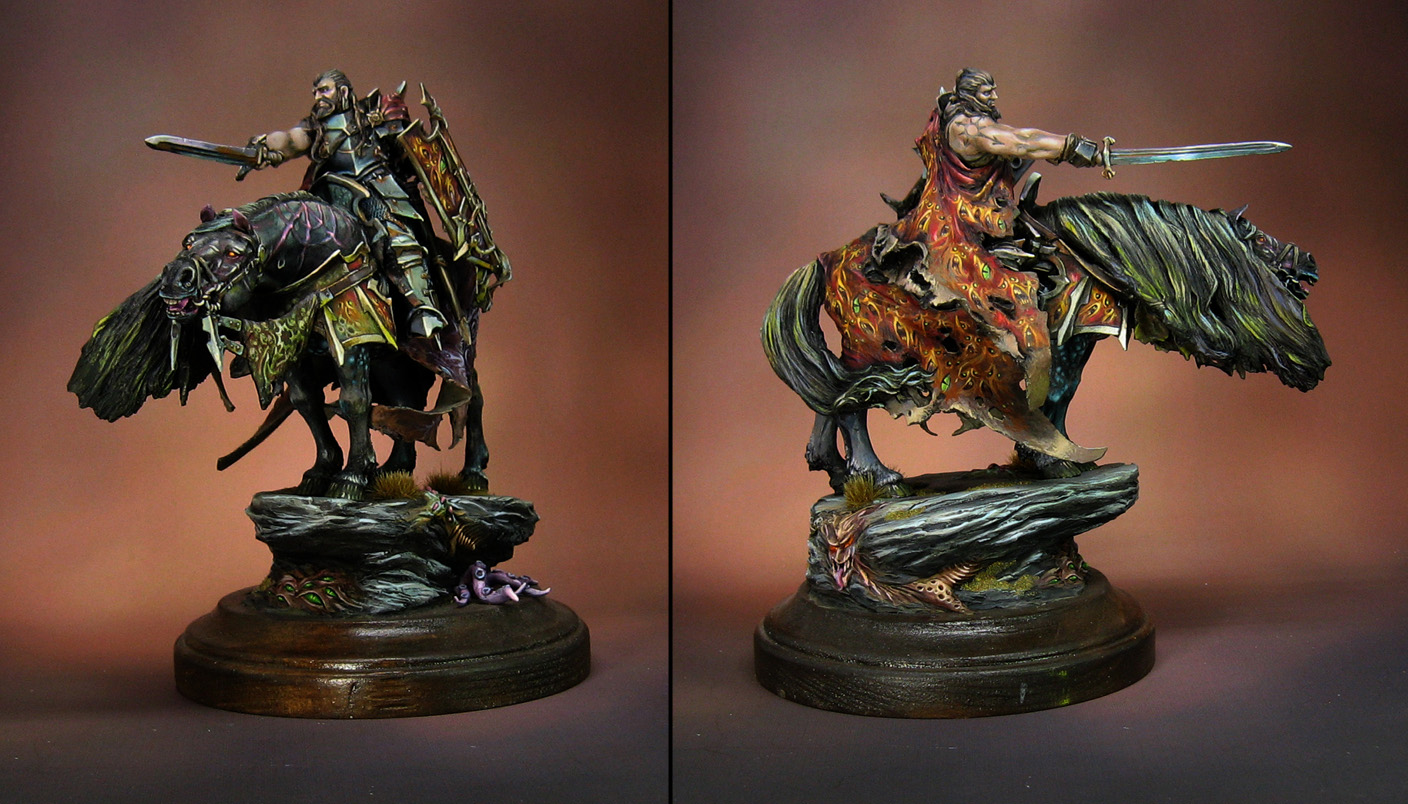 I tried to include a variety of tones on the sword blade, and on the skin tones of the rider.  A little bit of everything went into those! One more peek at the Khorne and Slaneesh freehand... 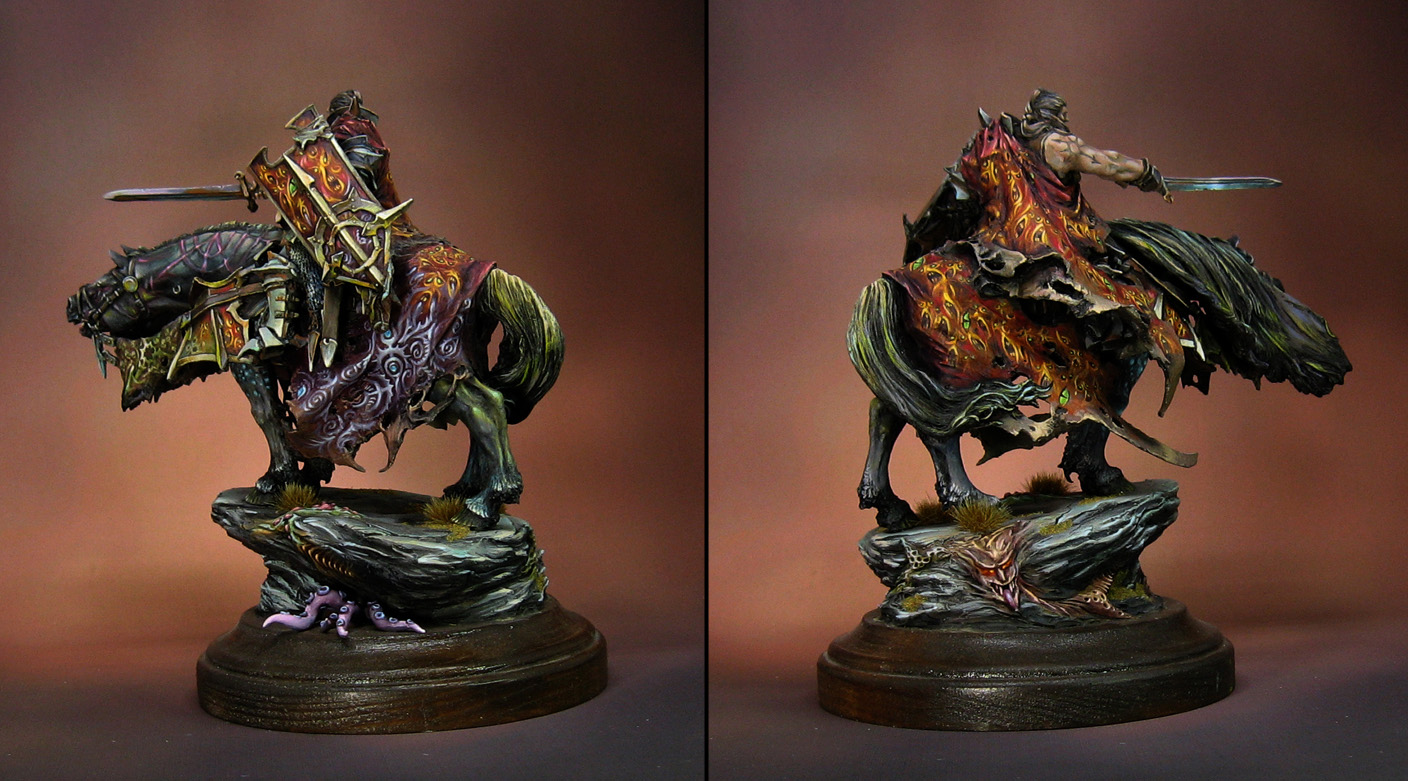 And a shot that lets you see a bit more of the rider's armor. 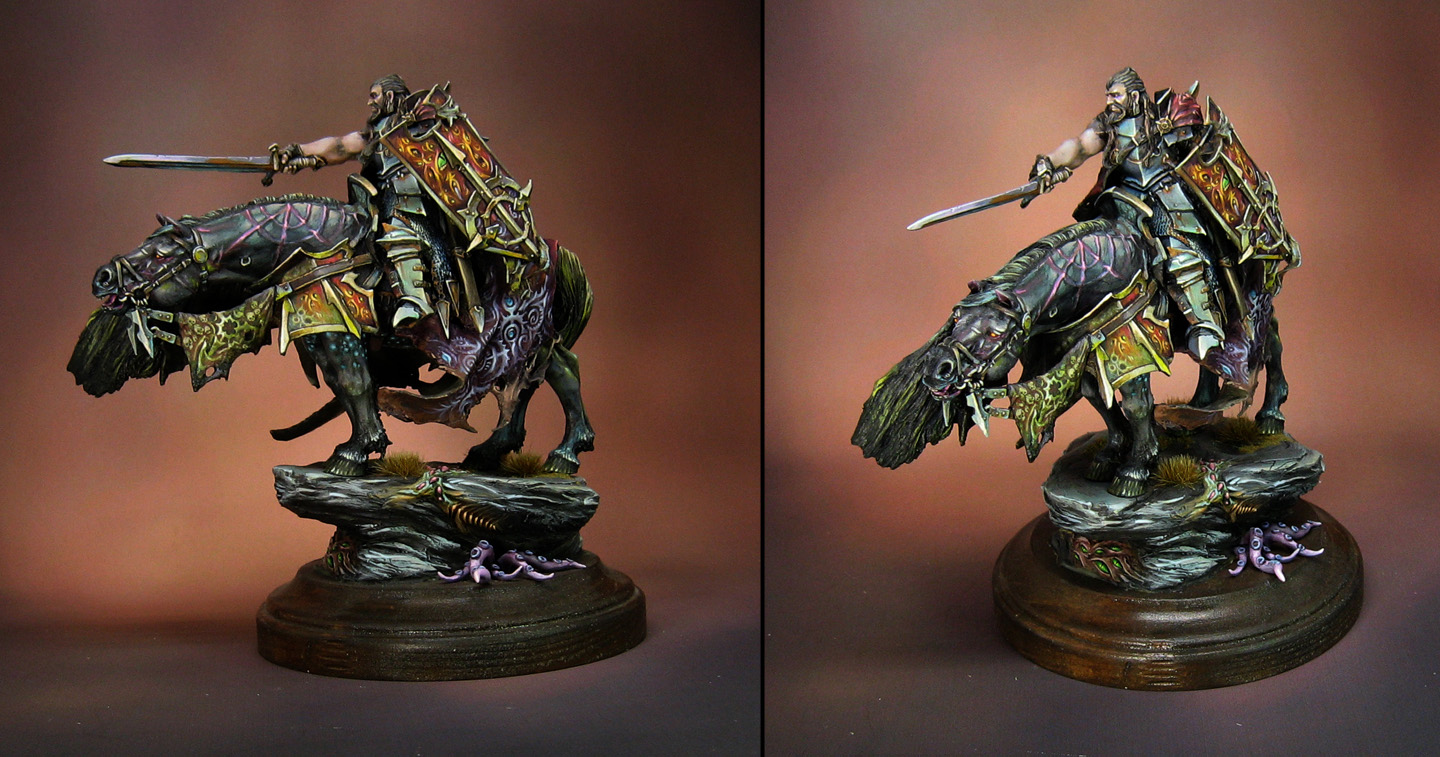 To truly show you how big this is, we have a 28mm Lord of the Rings elf in the picture.  That is, if you can even find him :-) 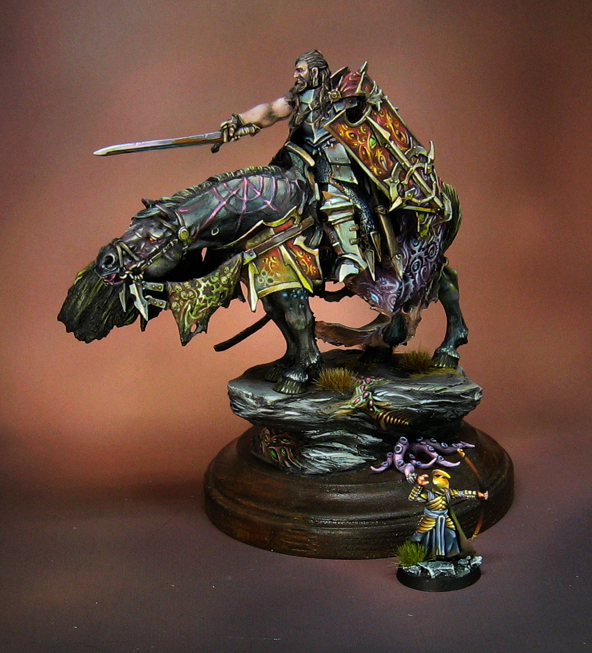 Posted by wappellious at 9:43 AM No comments: