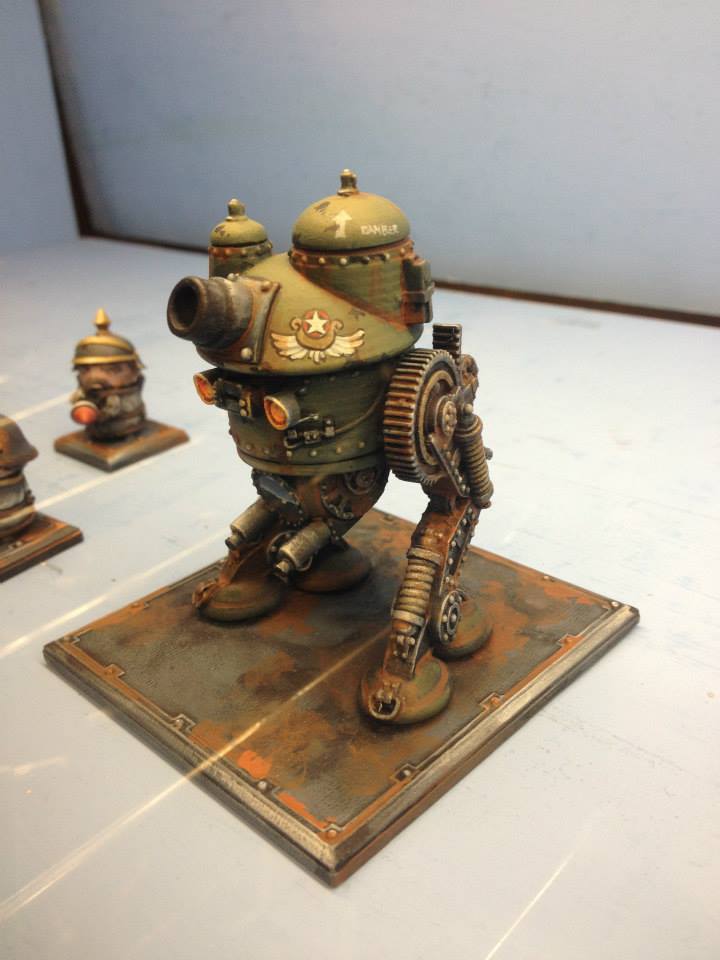 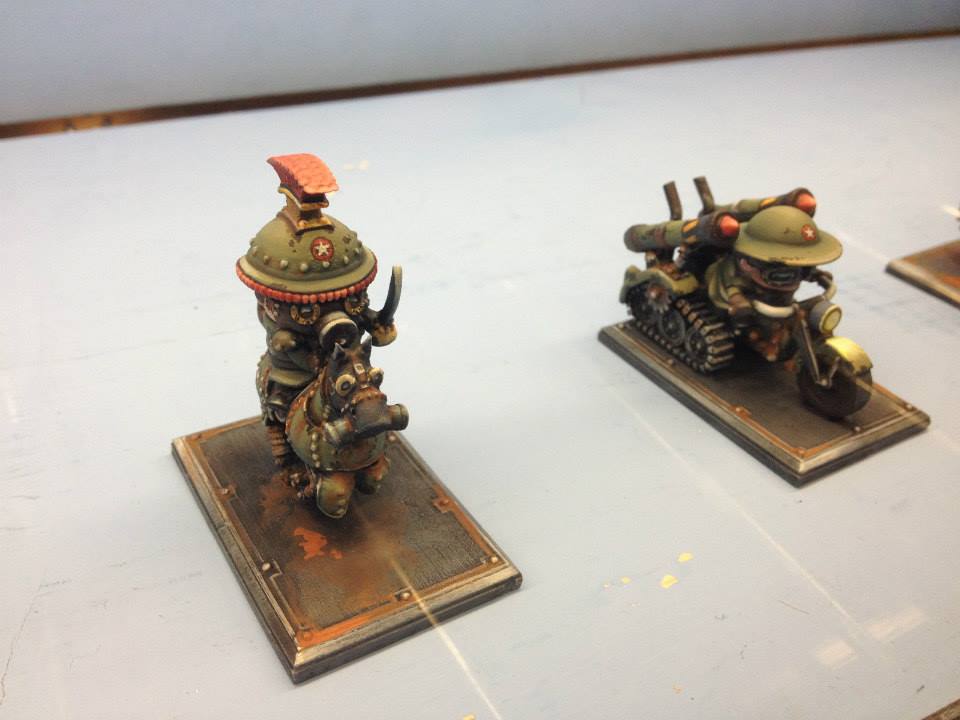 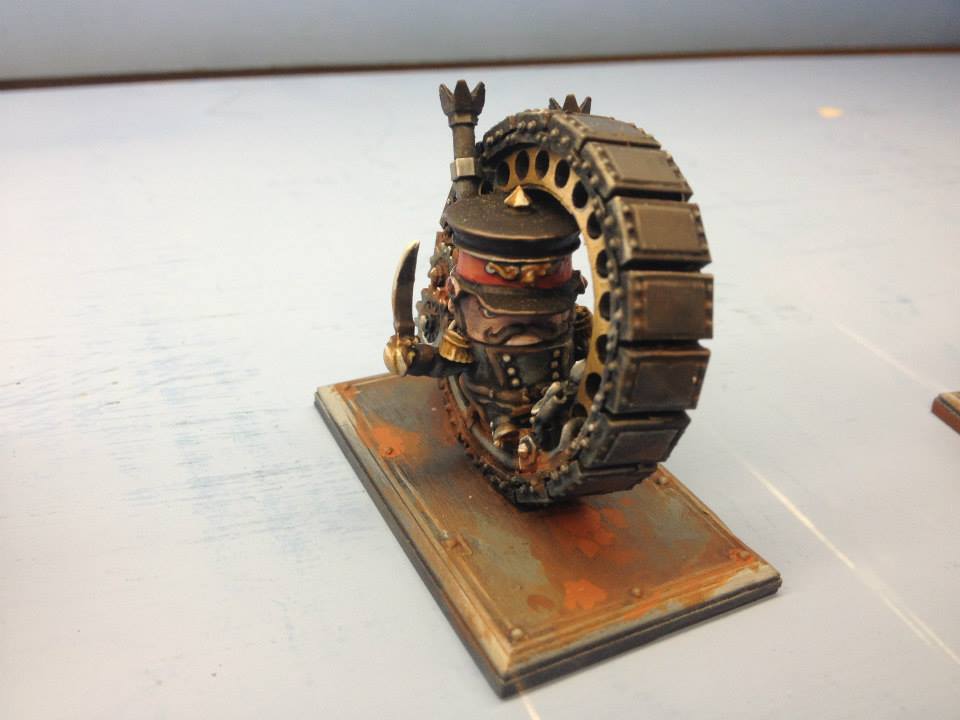 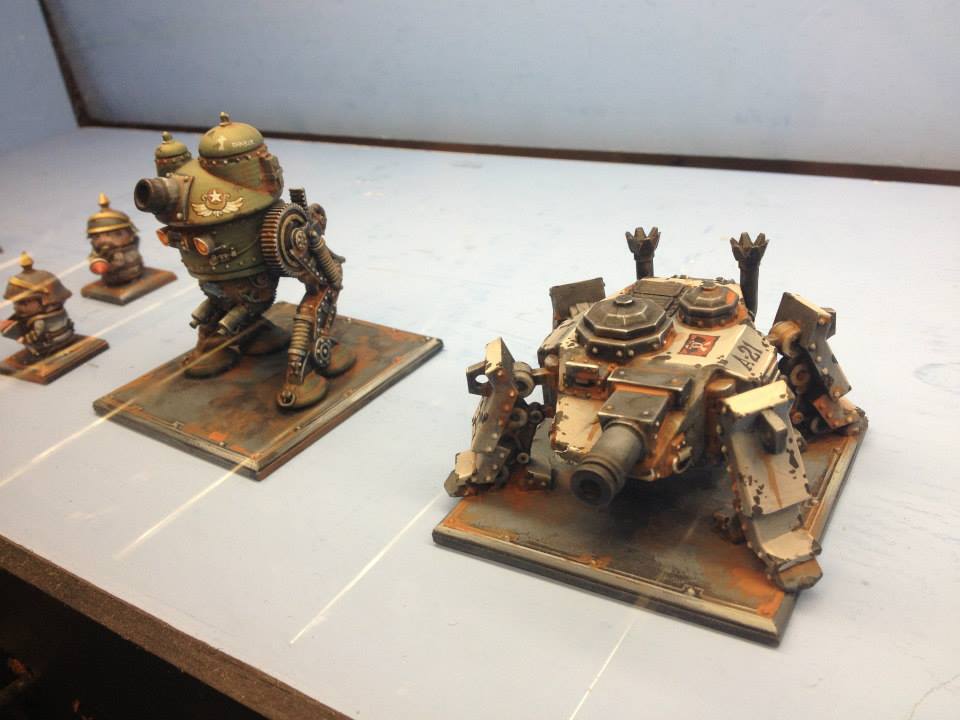 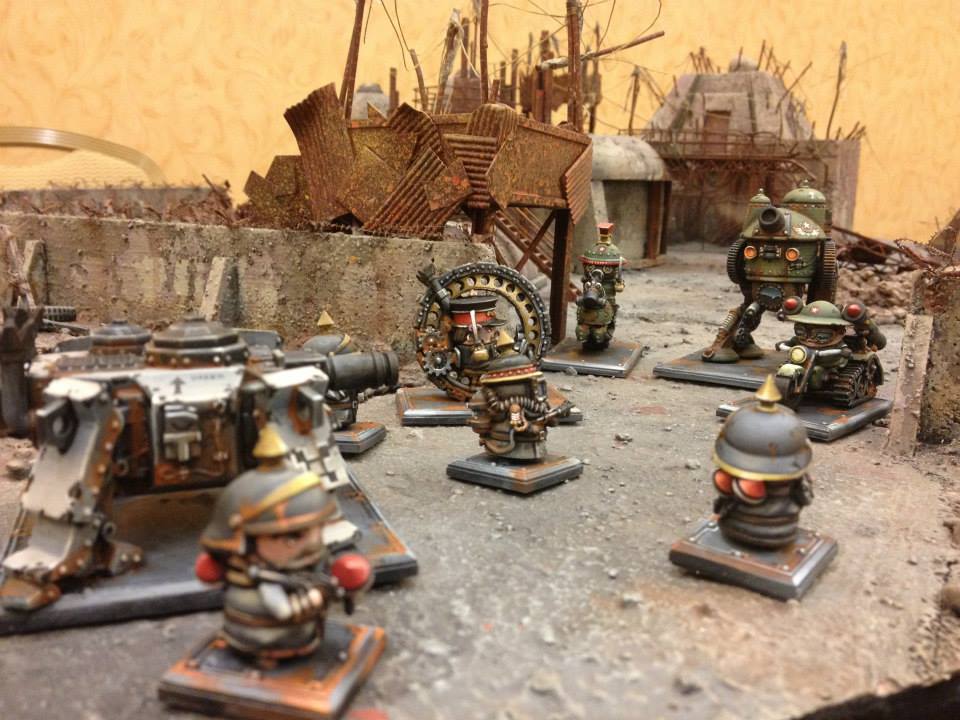 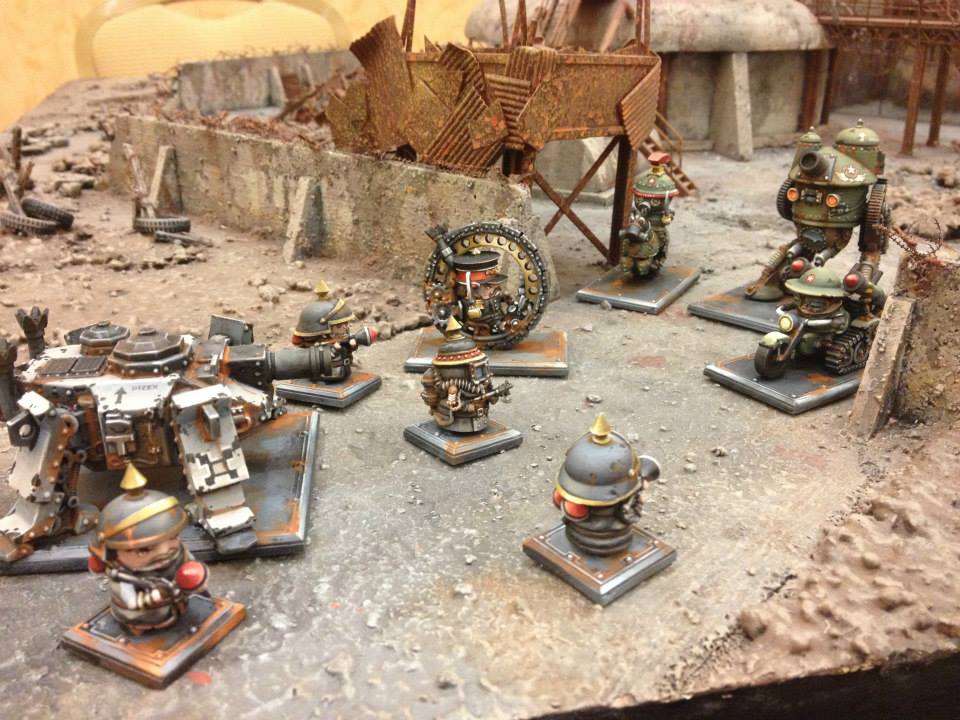 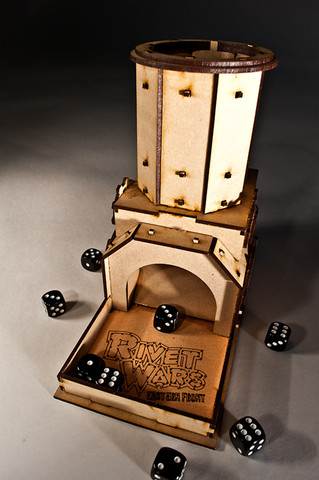 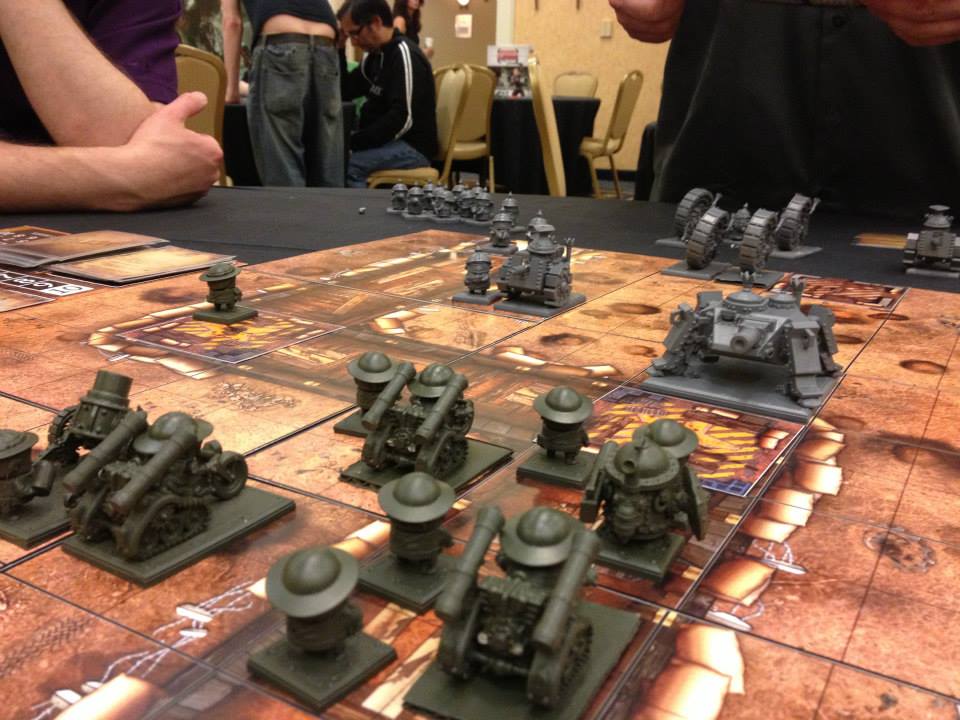 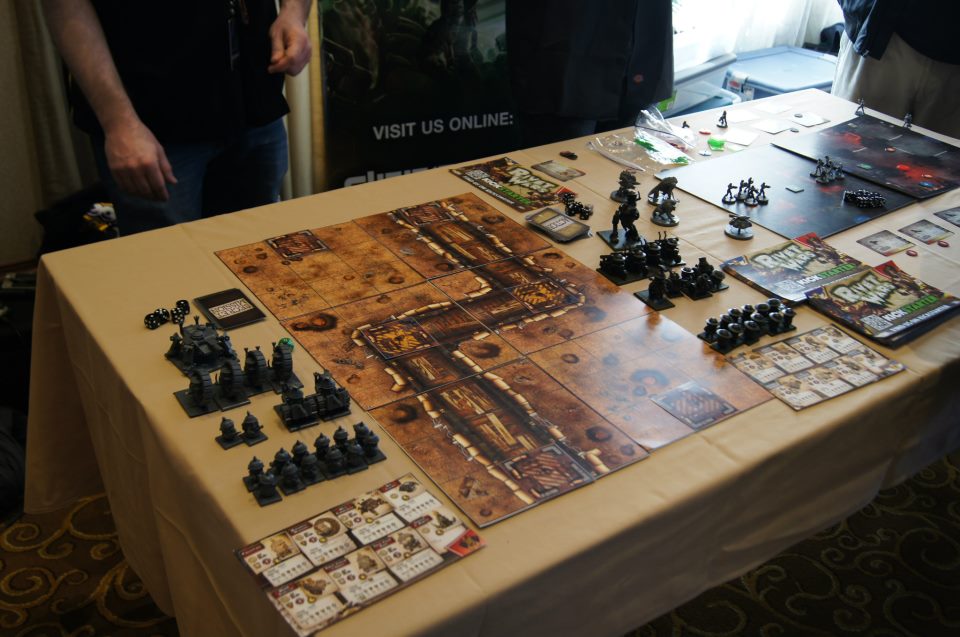 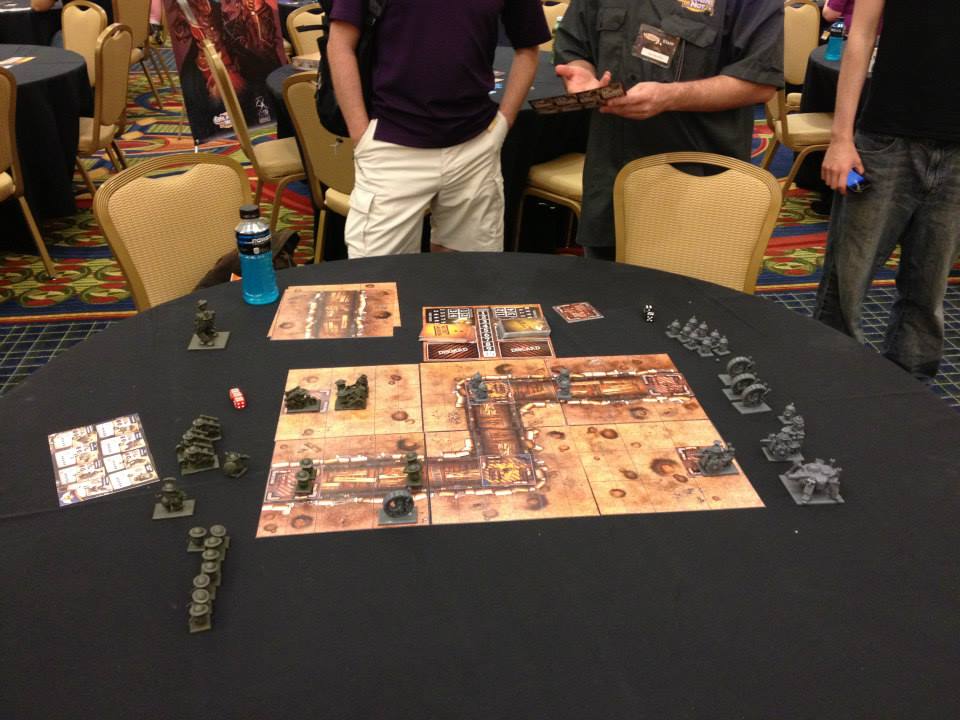 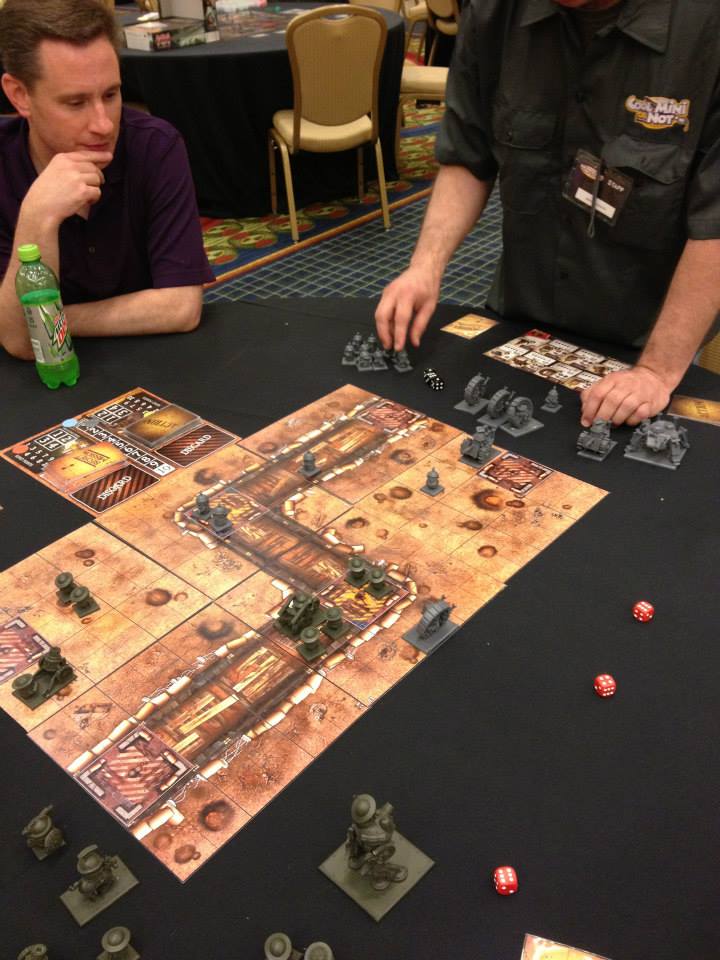 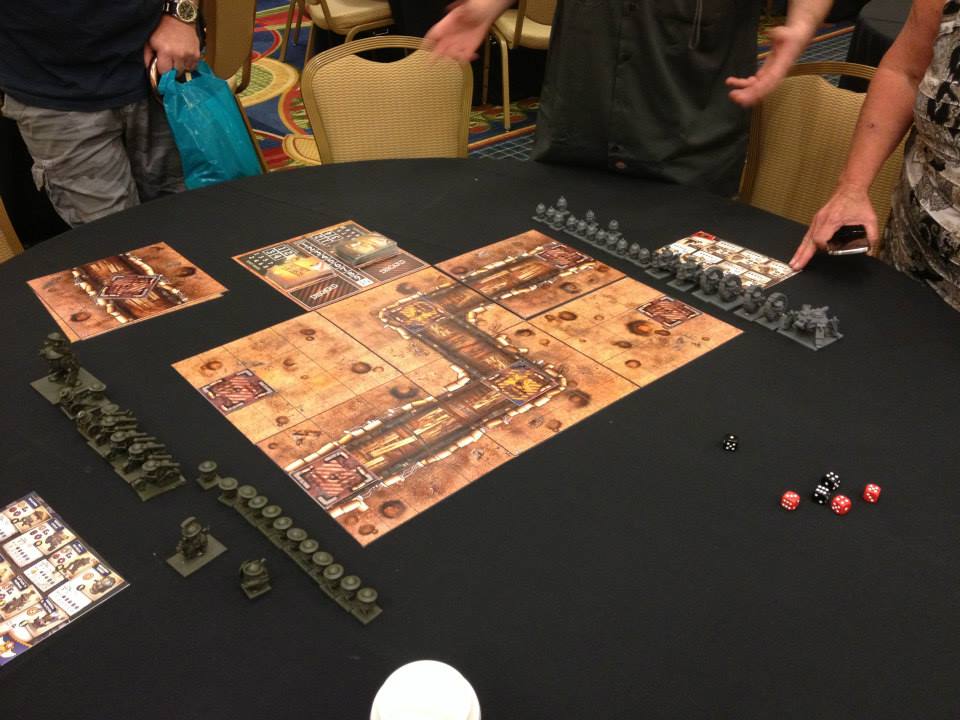 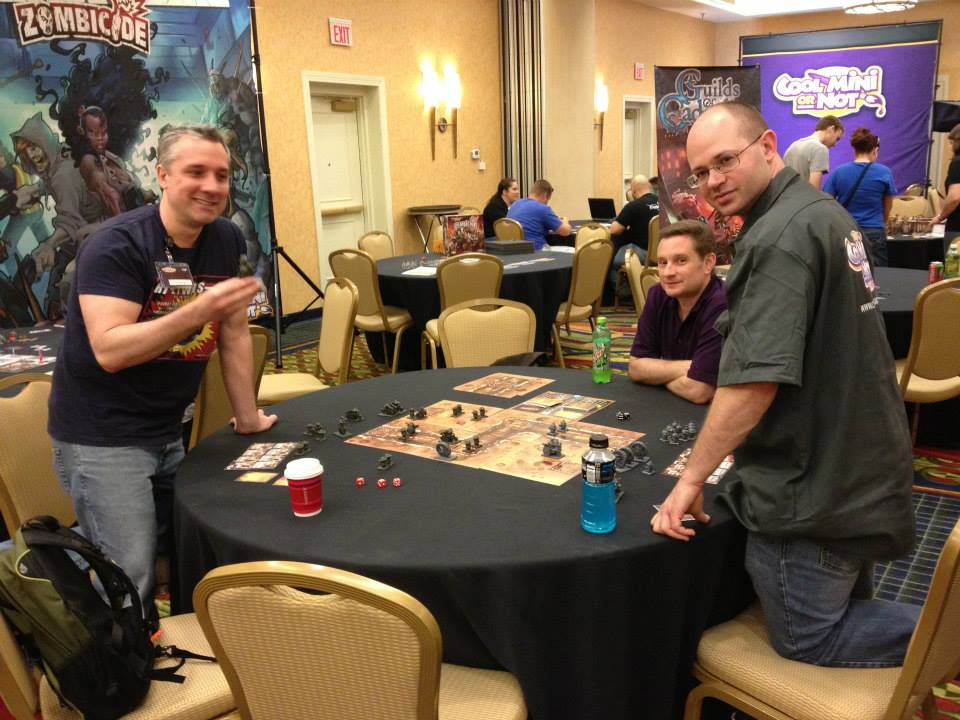 More of Painting with fire: The Rothand Studios Golem rises!! 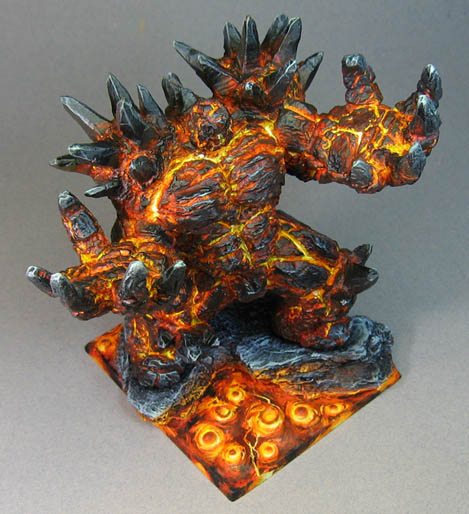 OK!  Sorry for the delay, folks.  It's been one of those types of days.

Anyway, I don't think I have ever shown any pictures of mixing the Secret Weapon pigments together, so I snapped a few as I was doing some final work on the Lava Beast!! 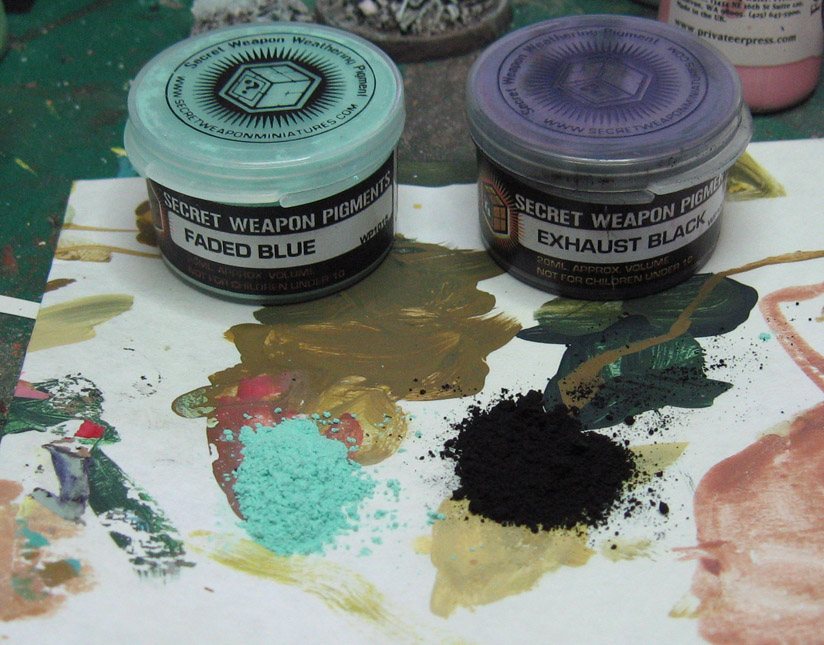 You can see that the lighter greens have a distinctly different color temperature... 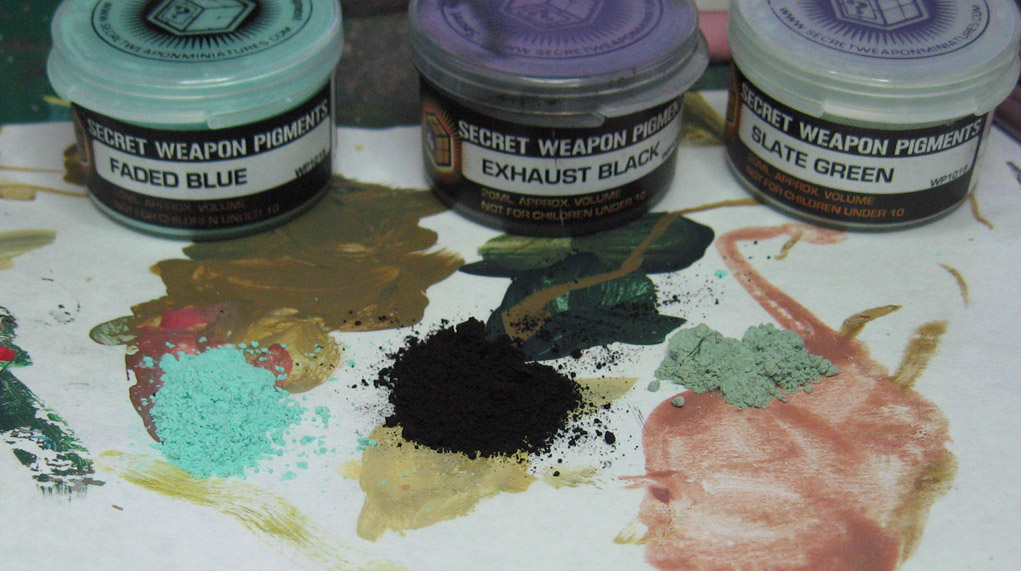 Which will make a difference when they are each mixed with the black to make an ashen look to the outer ends of the hands, shoulders, etc. 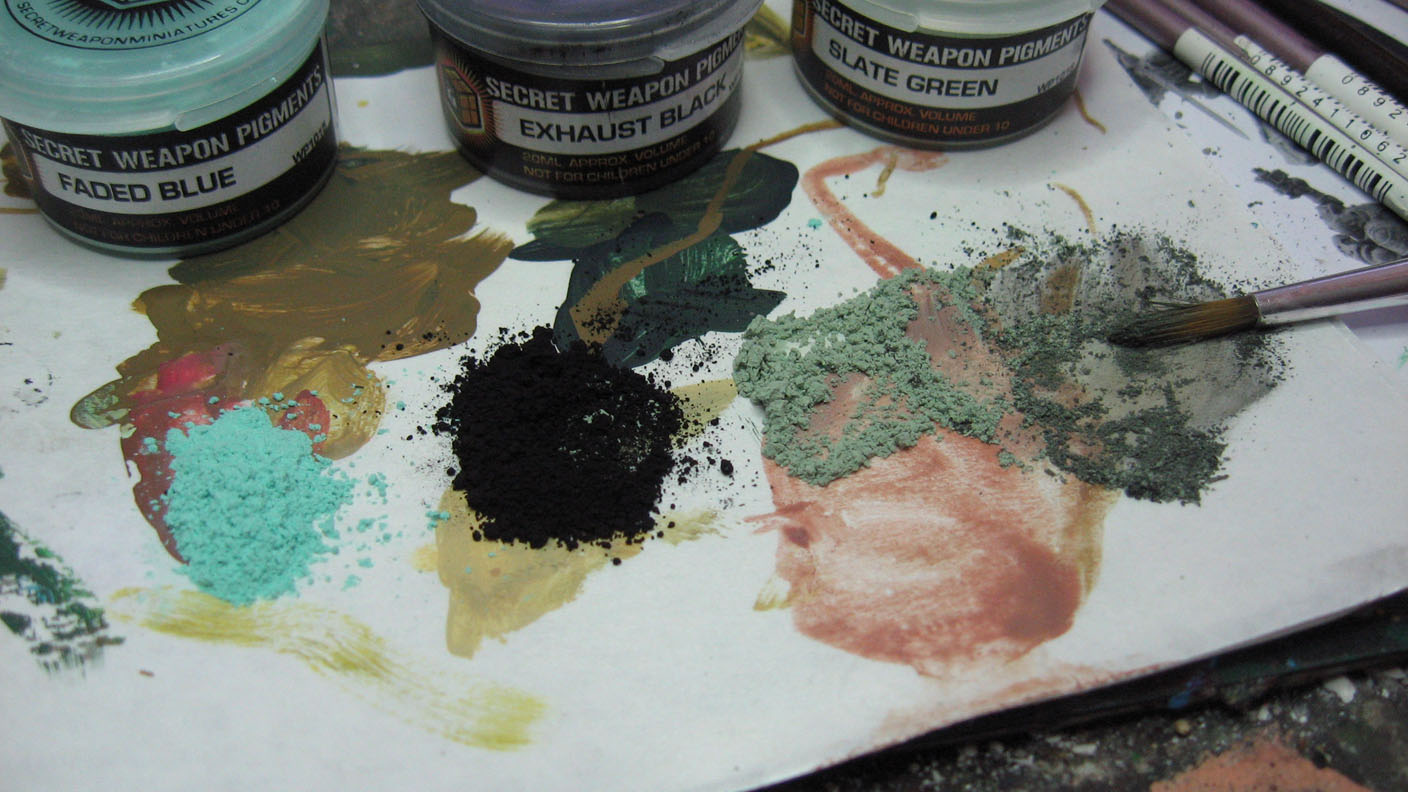 Once I had each mix set, I brushed it on to the ends of the fingers, shoulder spikes, and the base. 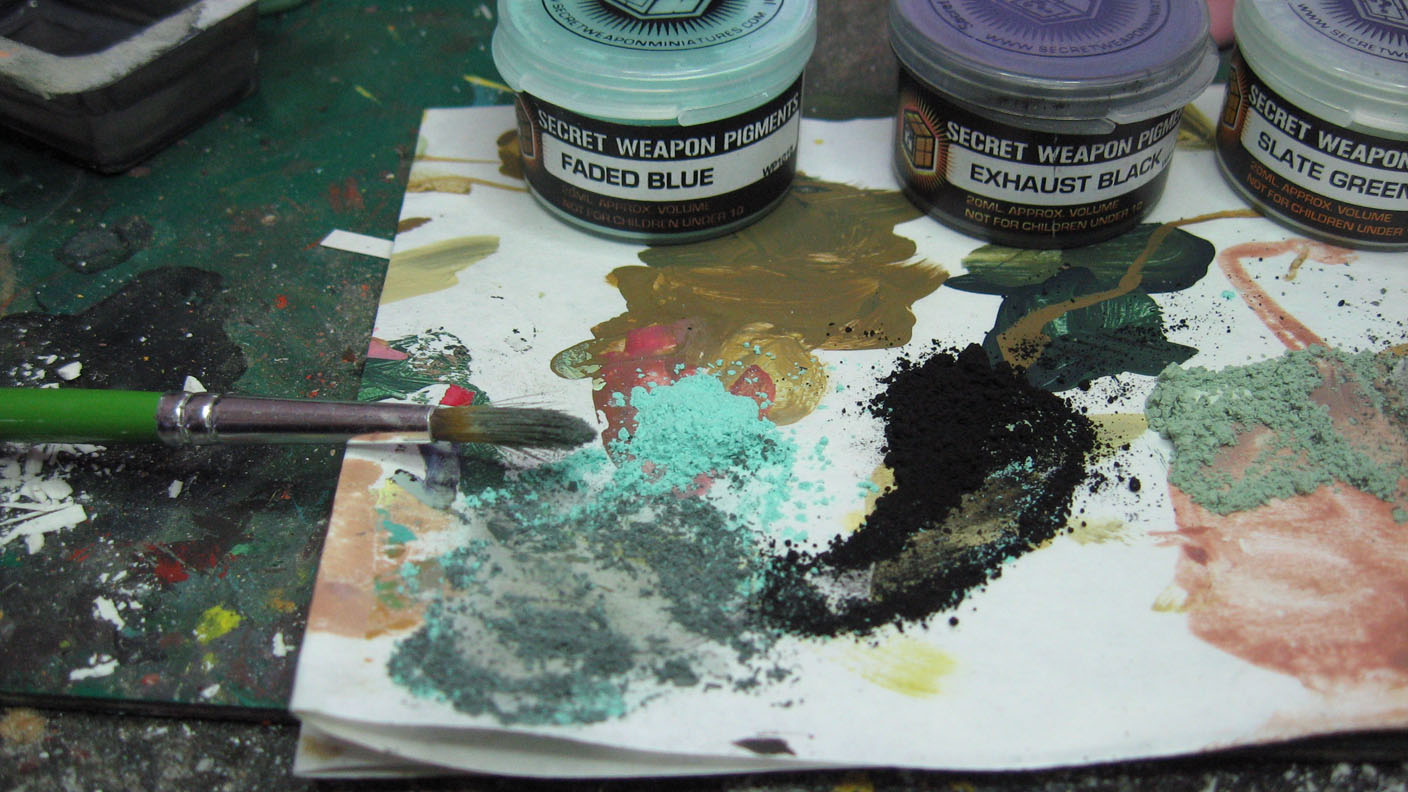 I also used some of the black to darken down some areas that I thought should not have any lava cracks showing through... 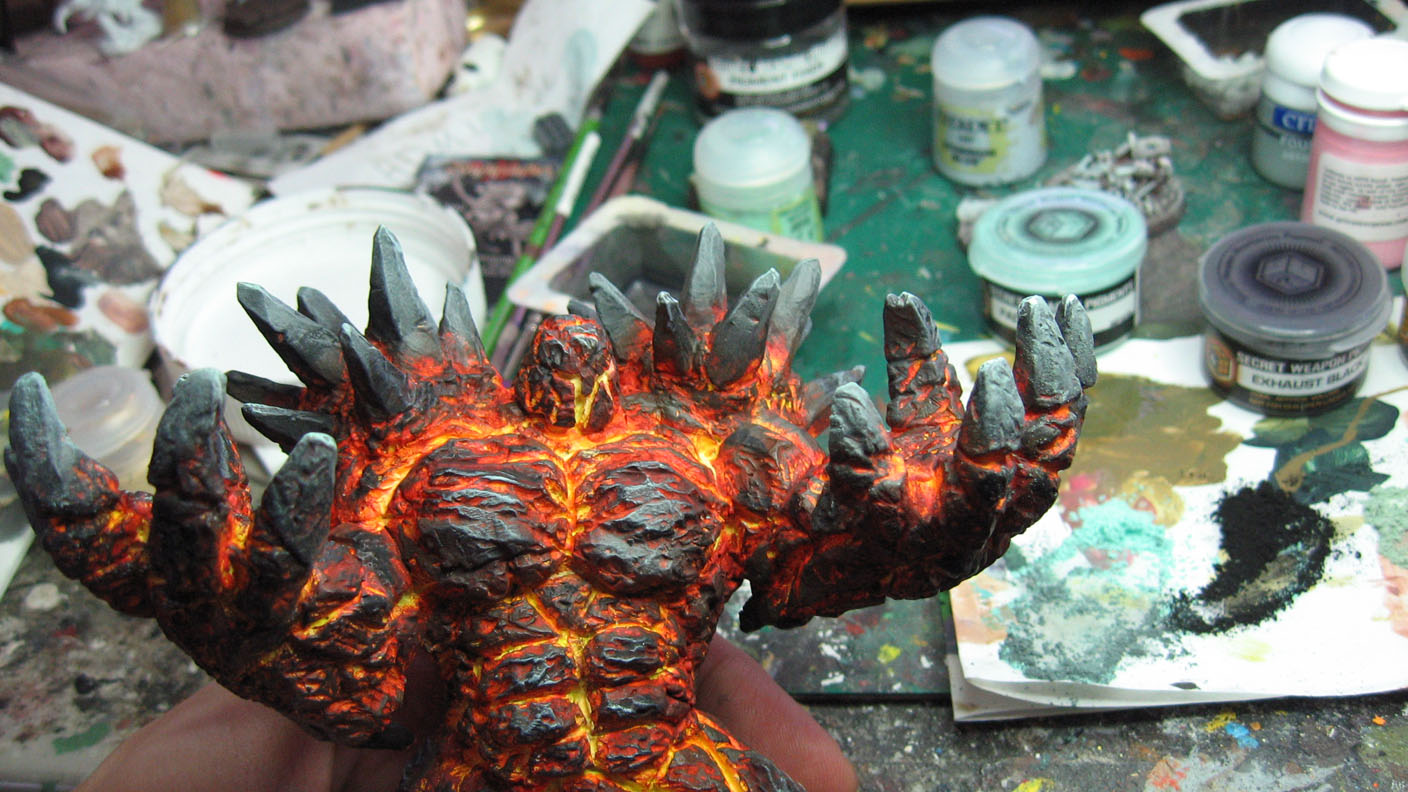 I shot some pictures on a neutral grey background.  Here is one of them. 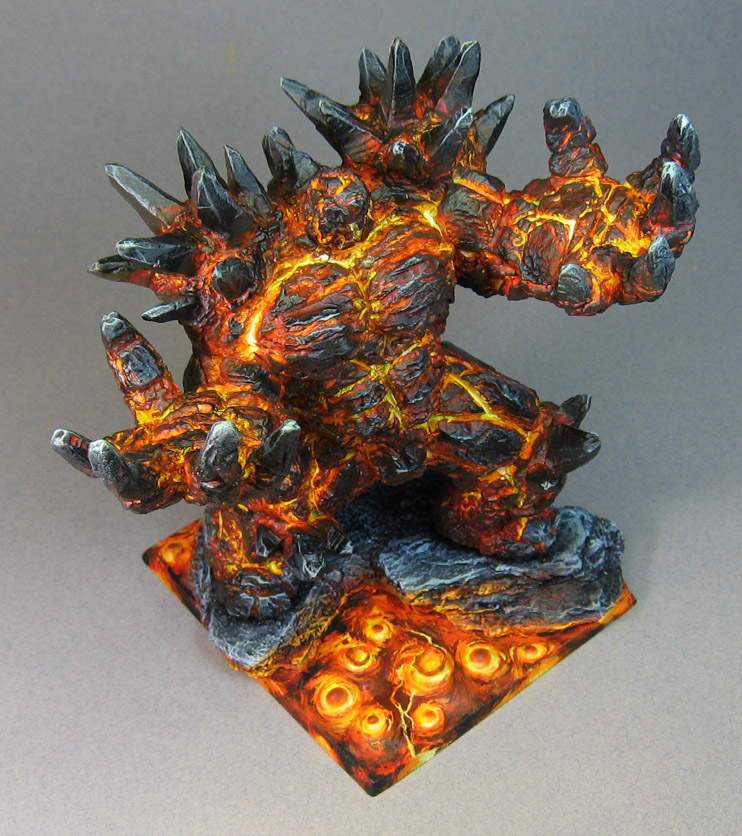 This set was done on white.  Since my grey background is much larger than the white, I was able to get some different angles.  In this post, I will use the white backdrop, and show the grey set tomorrow... 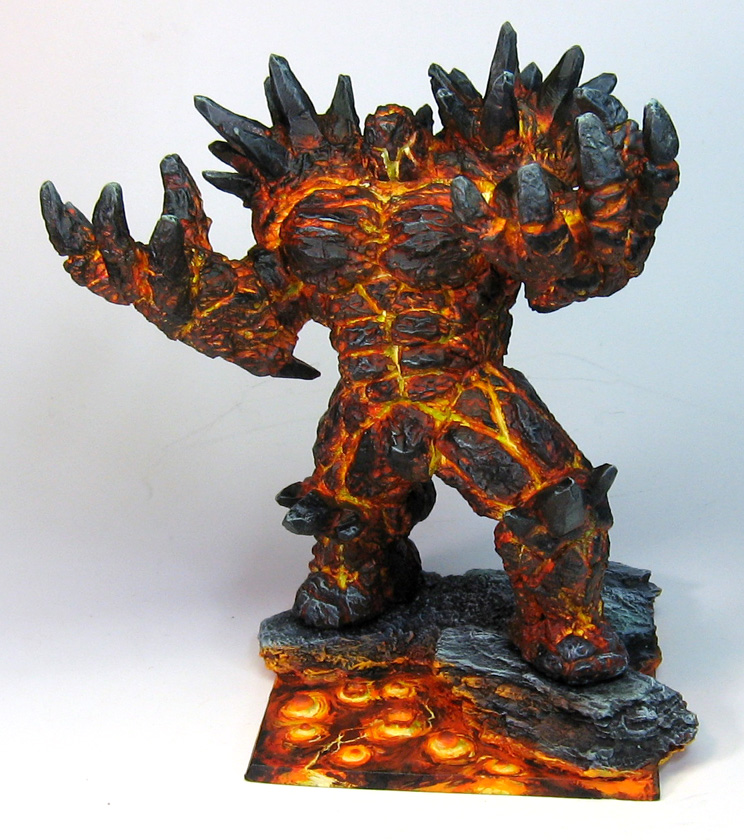 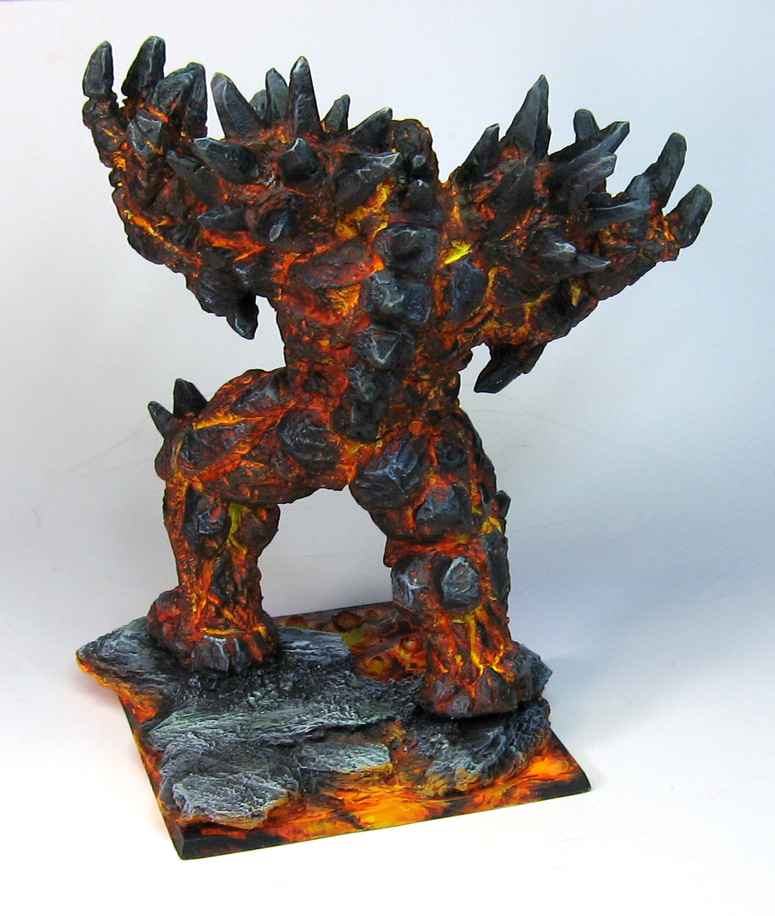 He is very solid, however, so you won't have to worry about him breaking! :-) 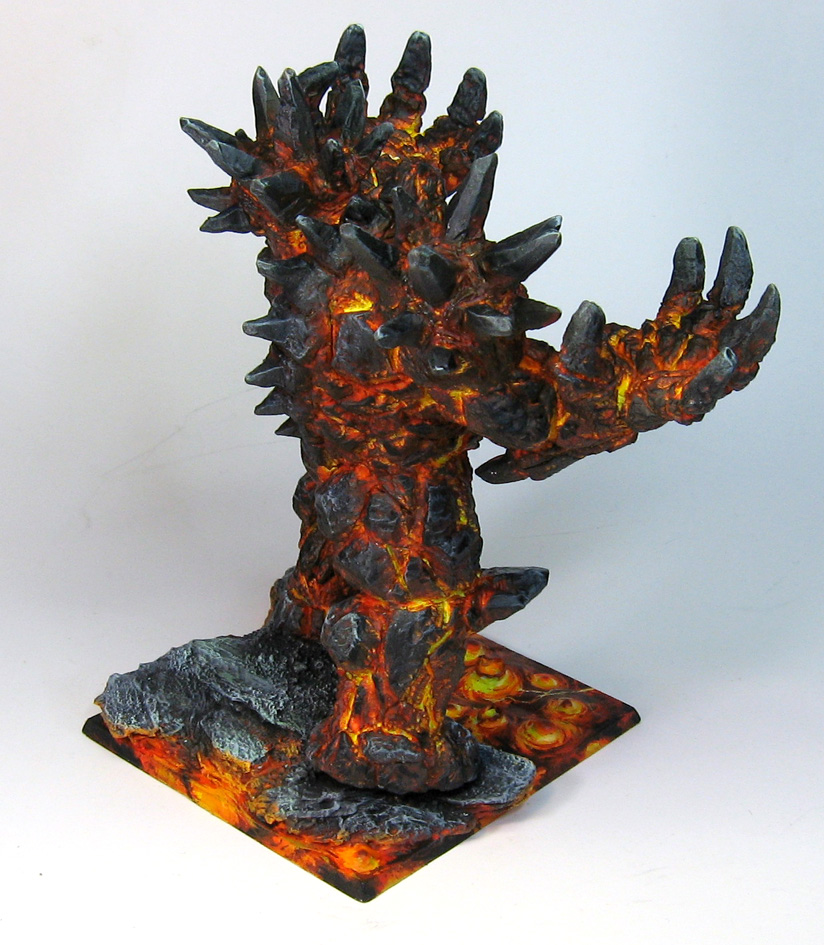 I think you could use this as a K'addai Destroyer in a pinch. 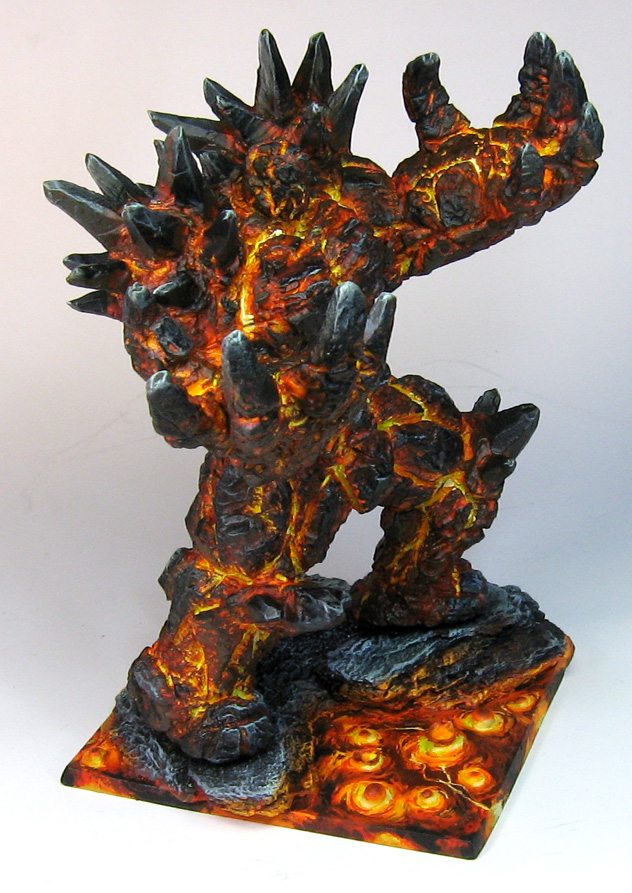 I will also try to get some size comparison shots for you tomorrow! 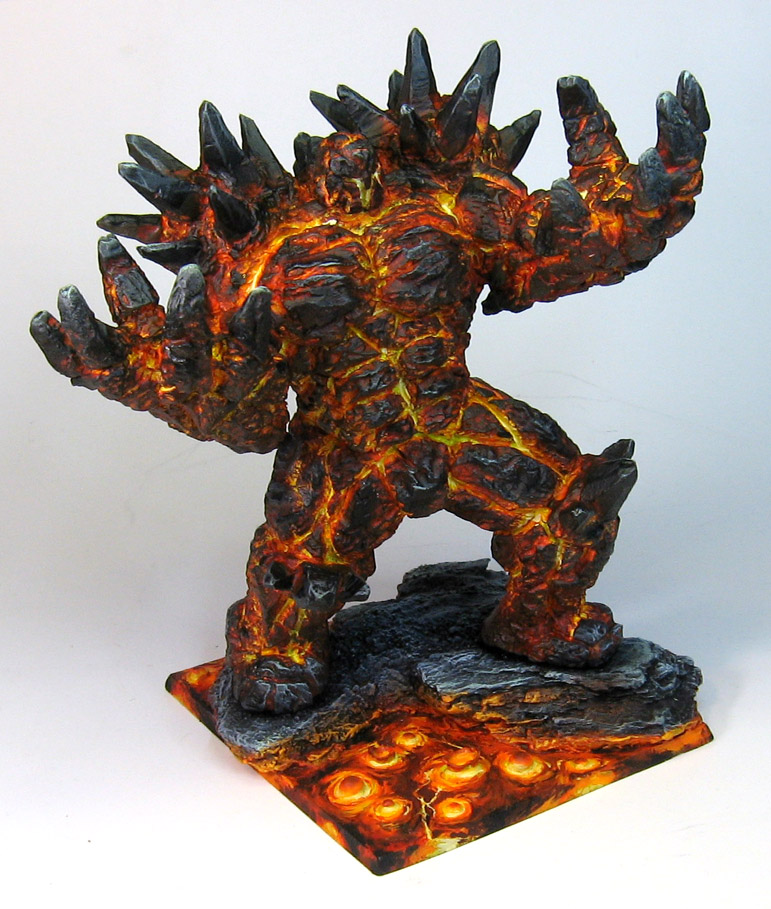 So, if you want to get your hands on this, go see the good folks at Rothand Studios... and check out their kickstarter!


Posted by wappellious at 2:01 PM No comments:

It ain't easy being green 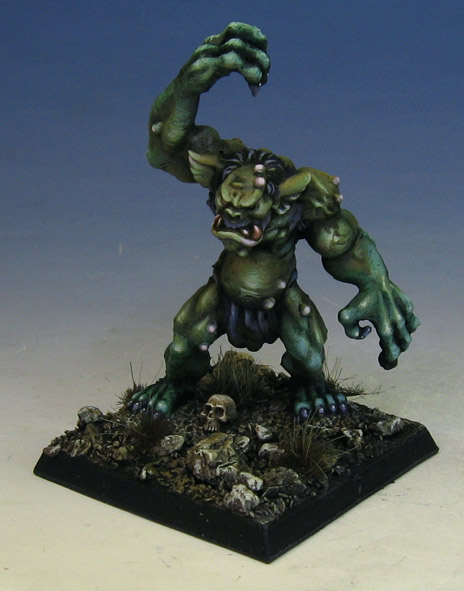 This classic Reaper Miniatures troll is the figure for the "Painting orc and goblin flesh" video.

It had a nice variety of surfaces, and gave me the opportunity to do what I needed in order to show how to get a better variety of skin tones.

My goal is to help people get beyond green, followed by brown wash. :-)  With a little bit of color temperature shifts, you can get a wide range of colors, making your greenskins more intersting... be they grots or nobs!

I had fun painting this guy, and I am pretty sure you will too! 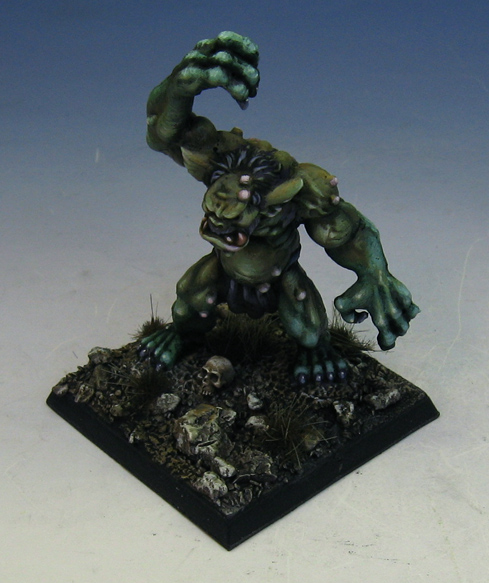