Digging In with Secret Weapon 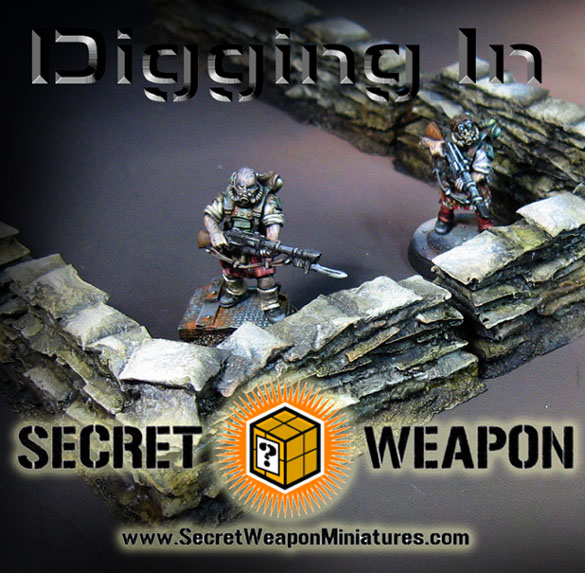 Brand new from Secret Weapon miniatures, we have a sandbag terrain set!  The production set has seven pieces total.  They are all cast in resin, with the usual super fine quality. 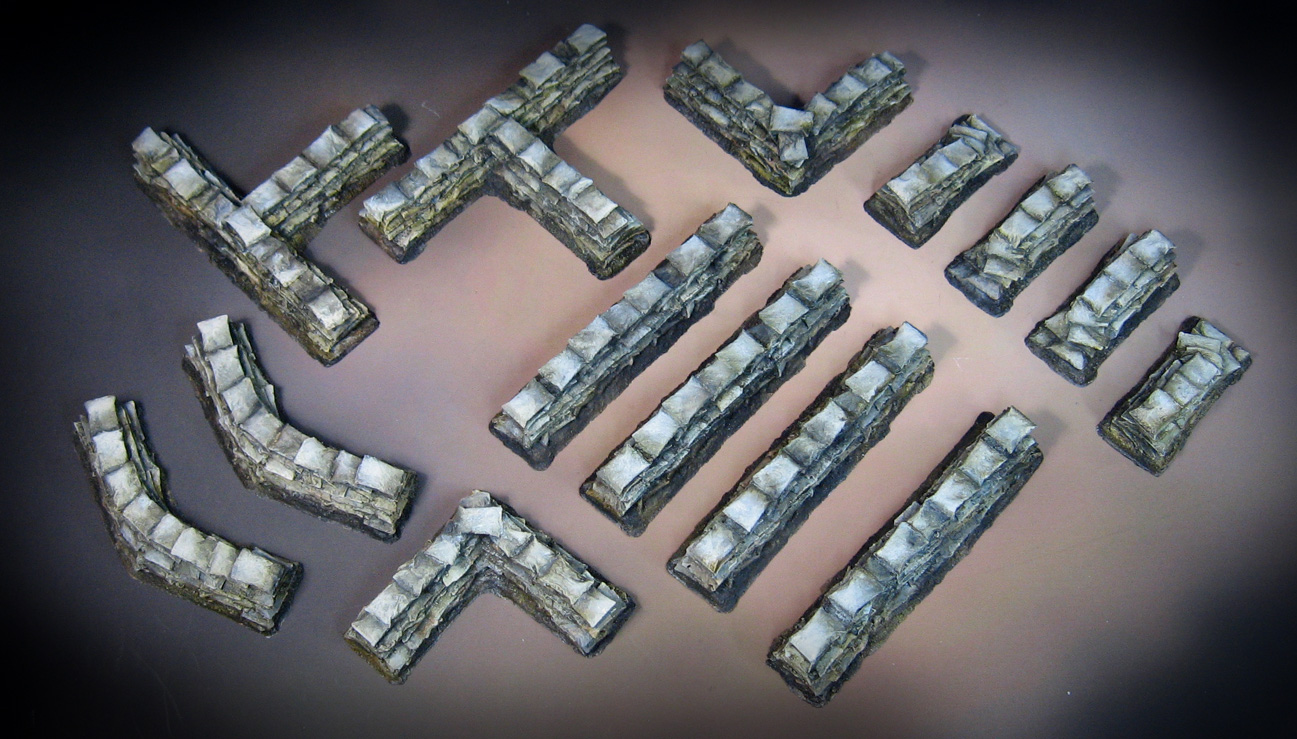 These were sculpted by Dave Taylor, and he took great care to make sure they had that 'look', and were the correct height for miniature gaming.

You can see the variety of shapes and angles provided in the set, which will allow you to create all sorts of fantastic trenches in no time at all!

The possibilities are endless.  I really enjoyed the end pieces myself.  All too often I wished that I could close off the ends of my trenches in something other than a hard edge! 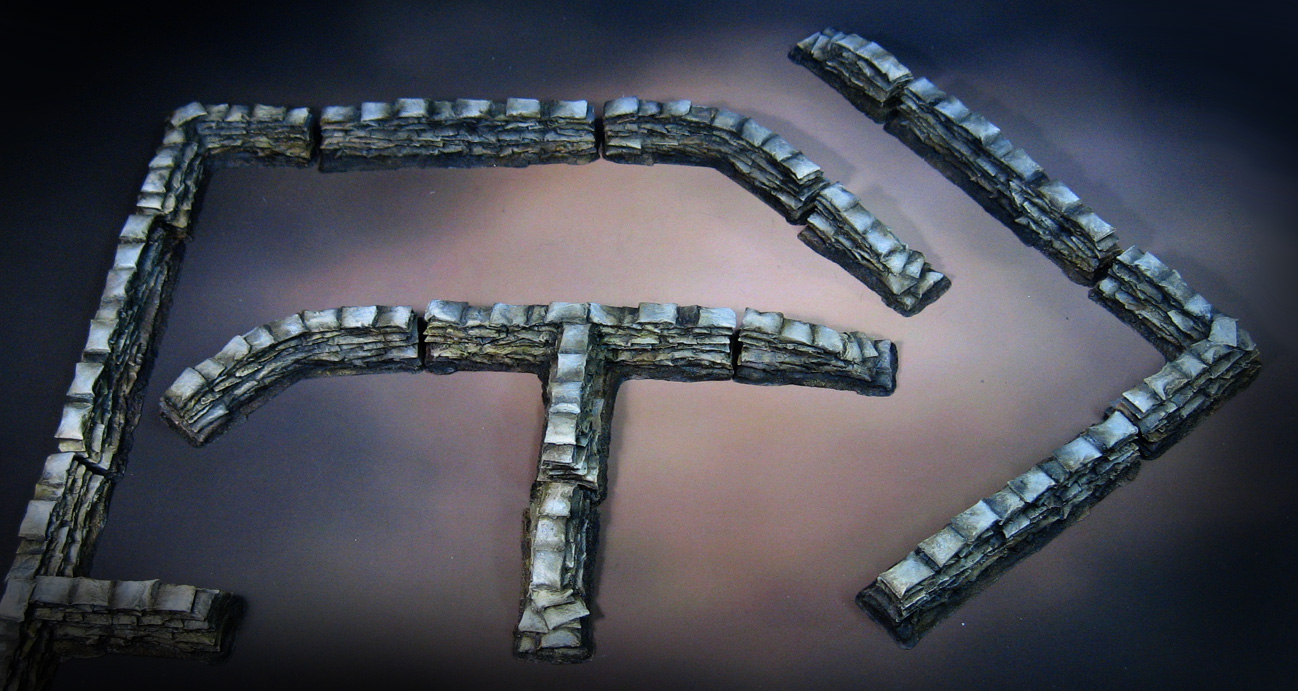 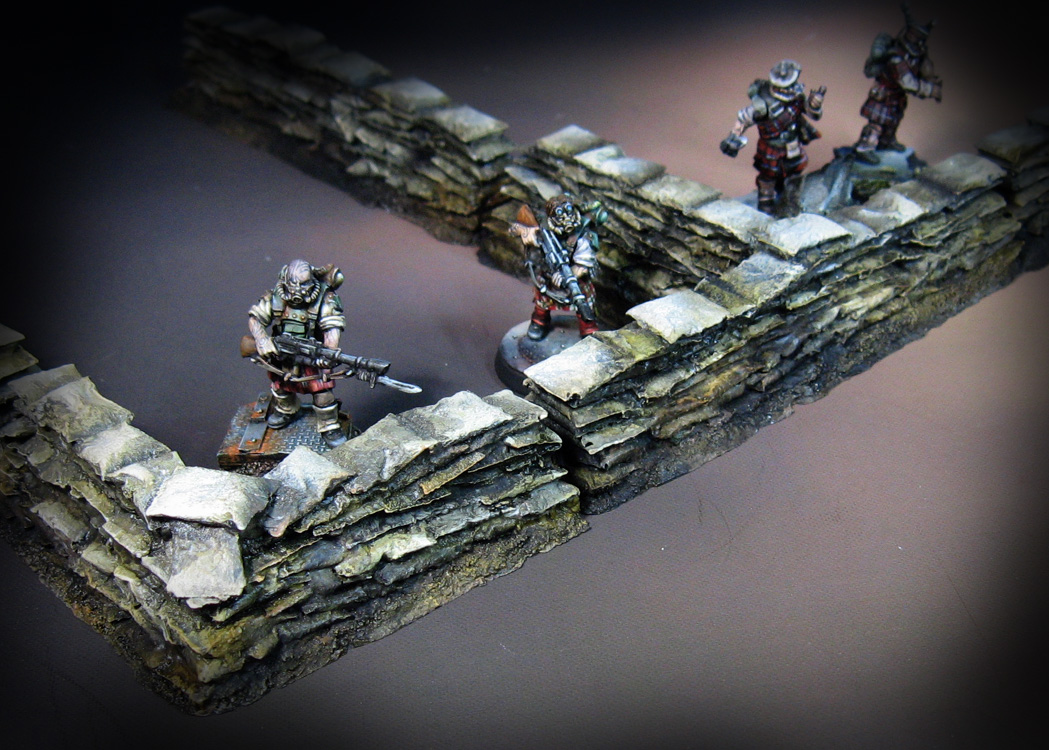 Surrounding this ruined chapel didn't even require the whole set, which shows you how much coverage you can get!

I have two sets, and that darn near covers an entire 4 x 6 table! 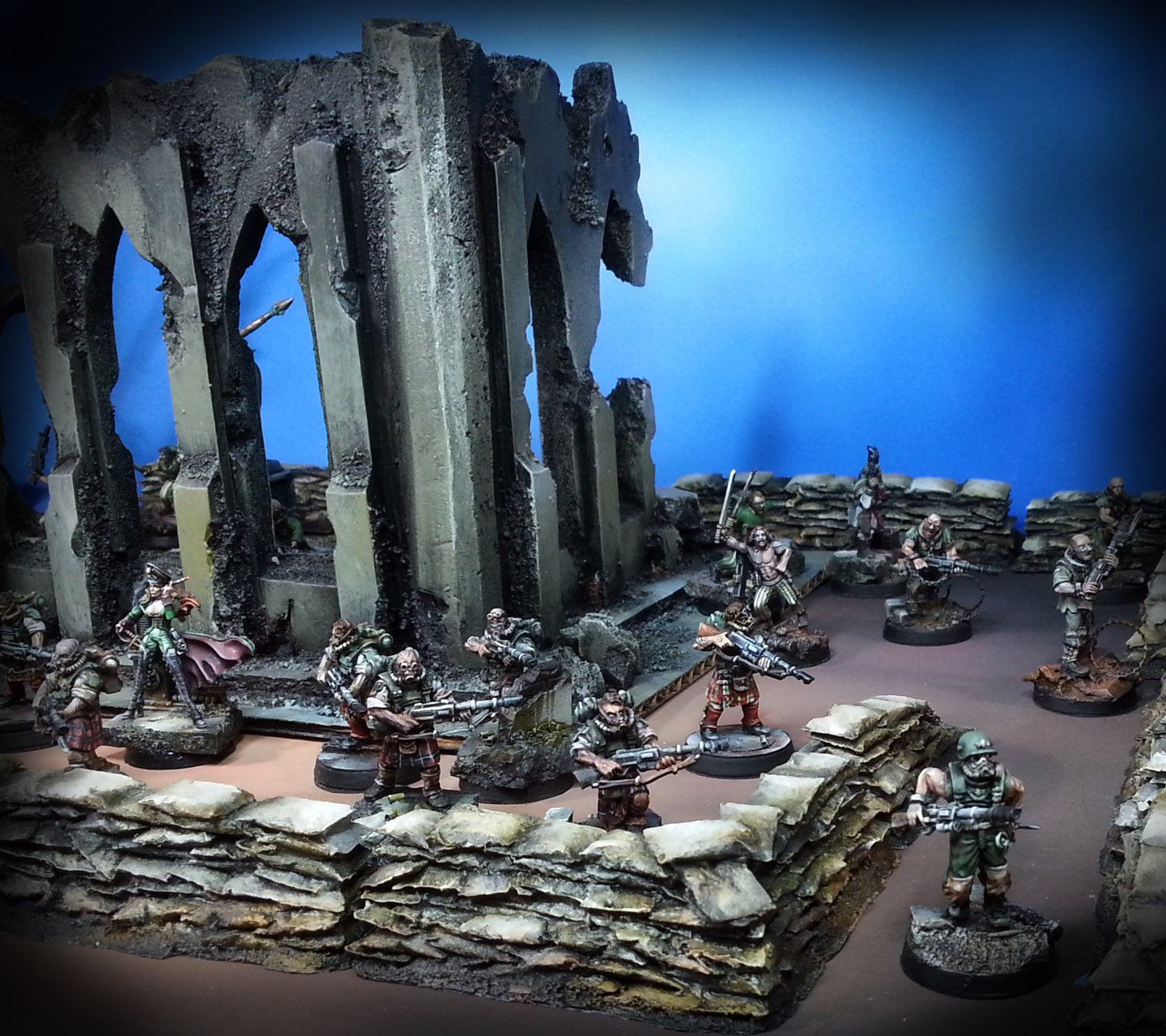 These corner pieces are fantastic.  I'm really looking forward to using them with my Wild West Exodus Union army! One more view from above, to hopefully give you that sense of scale.  Check them out here:
http://www.secretweaponminiatures.com/index.php?main_page=product_info&cPath=52&products_id=781 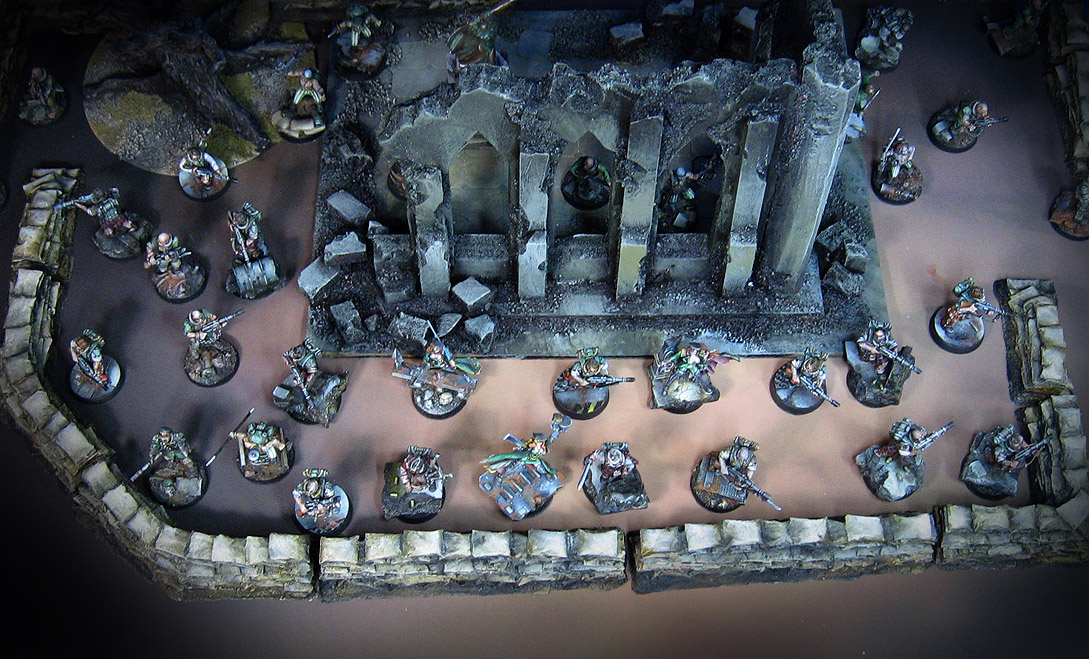 Posted by wappellious at 3:45 PM No comments: 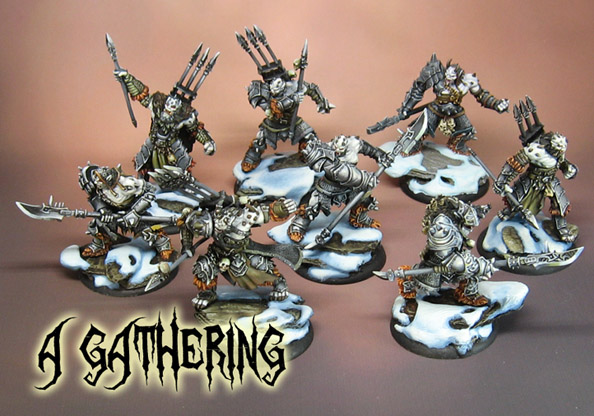 The first of a series of group shots for you tonight.

This is a mixture of older metal figures, and the more recent plastics.

Ironically, the metal figures are easier to prep and deal with. 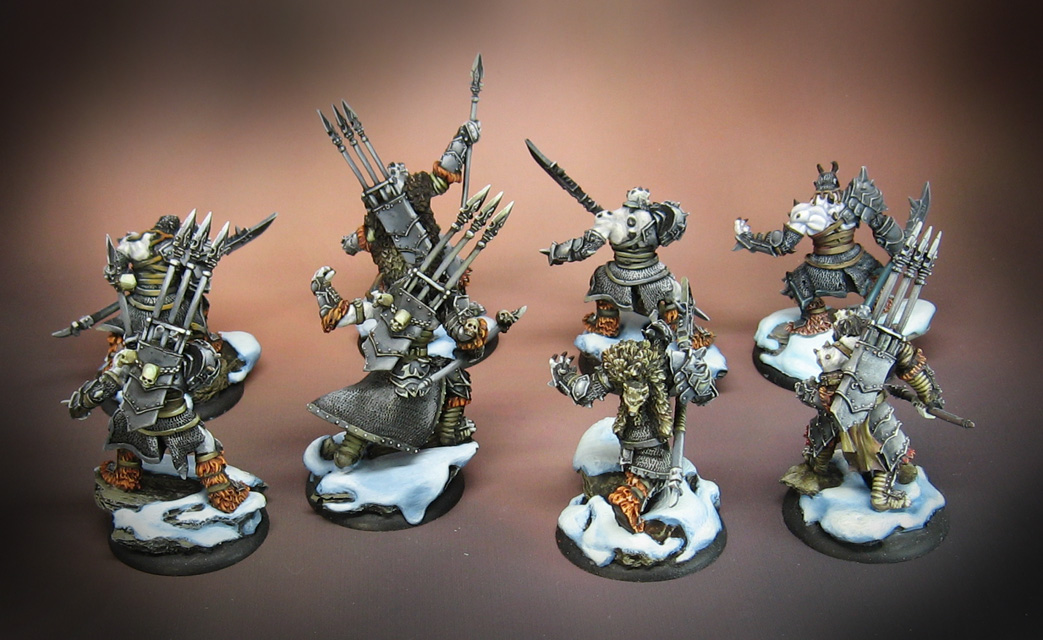 I think it has more to do with the combination plastic/resin mix, which can definitely pose more challenges than a hunk of pewter. :-)

Since I've been doing this for a while, I am very used to dealing with very heavy metal figures, as well as more dainty versions.  I think I have at least 4 pin vises, along with many drill bits.

Also, the use of green stuff in the gluing process helps a lot.  Basically, a blob of green stuff is sandwiched between two layers of super glue.  This adds a lot more stability to  the joint, as the green stuff fills in the gaps which are bound to occur.

There is also a bit of a chemical reaction between them, which solidifies the green stuff into hard crystals. 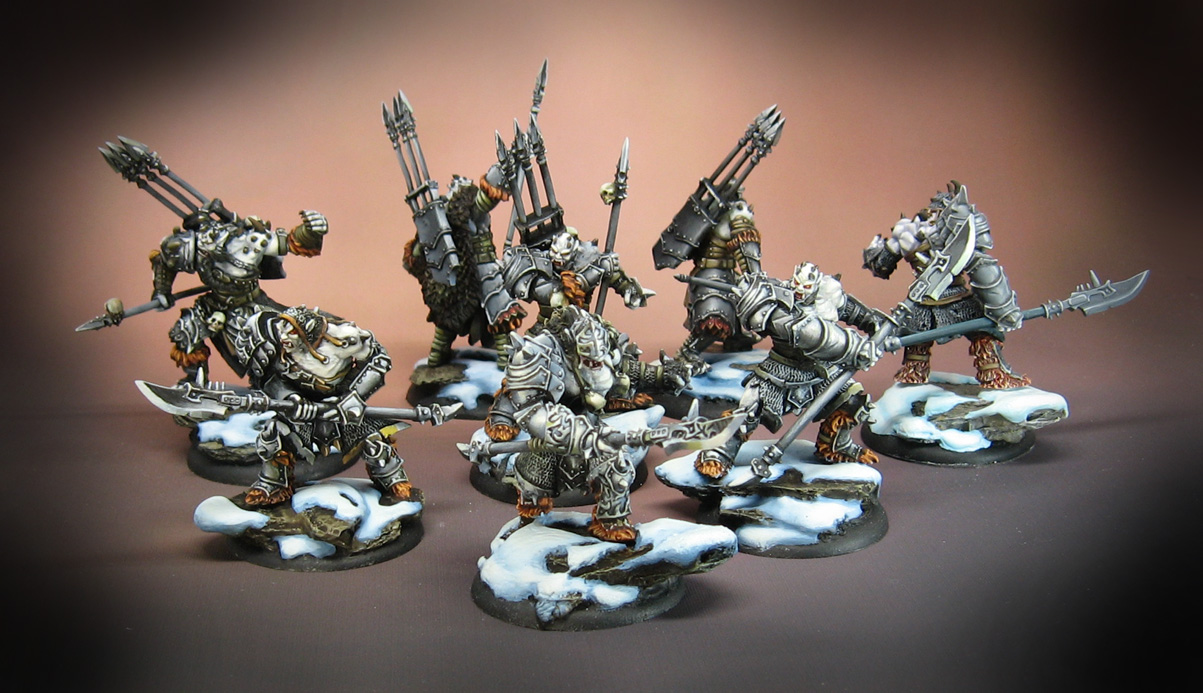 This method is very handy when trying to attack two pieces that are too difficult or even impossible to pin. 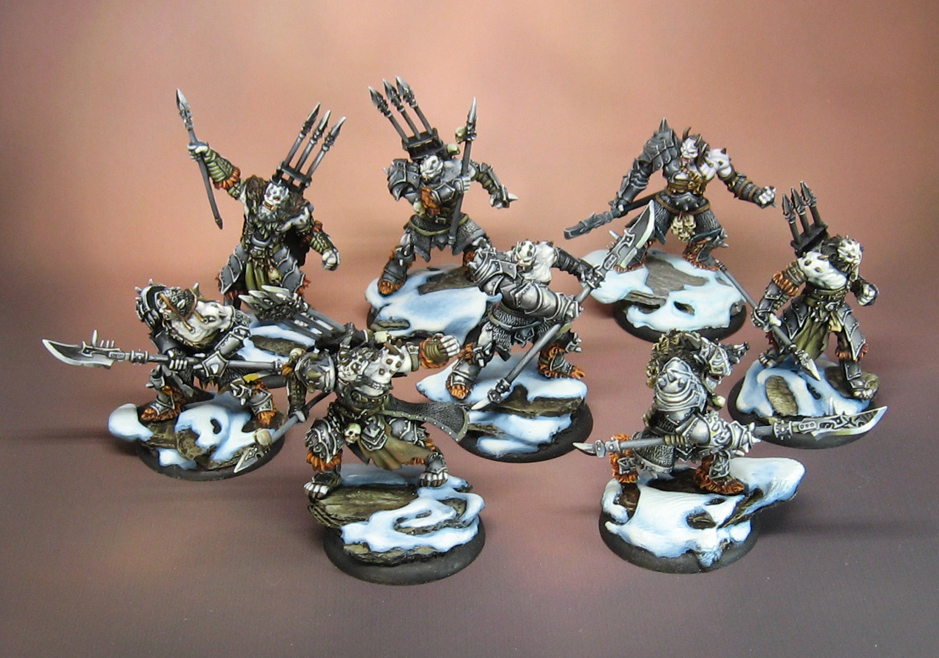 Posted by wappellious at 3:02 AM No comments: