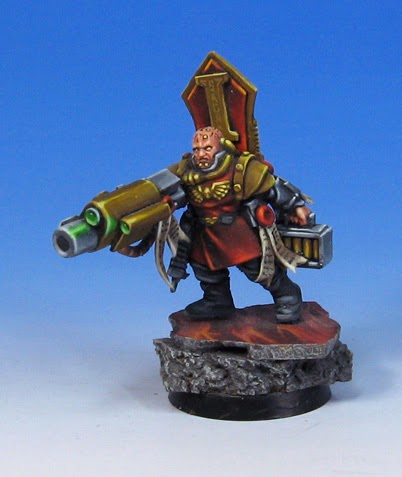 Here's another Inquisitor from my old Demonhunters army.  Just like the previous piece, I sculpted the Psycannon out of sculpey.

Brown stuff for purity seals, a little plasticard, and ready for painting! 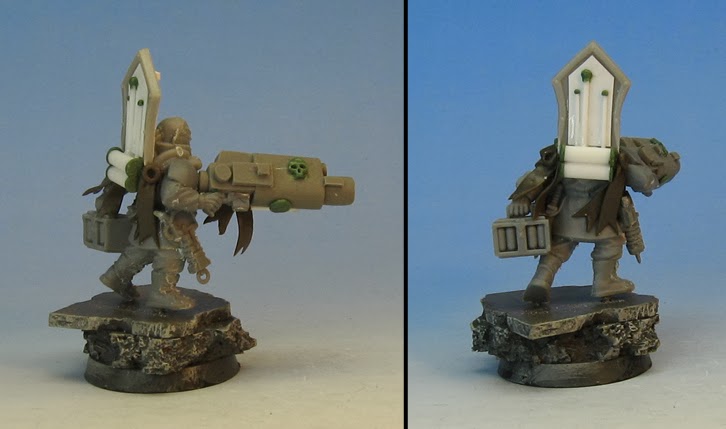 The previous Inquisitor Lord was in terminator armor.  This was a regular Inquisitor that was part of a secondary retinue.

They did make great firebases back in the day... especially with the right retinue members. 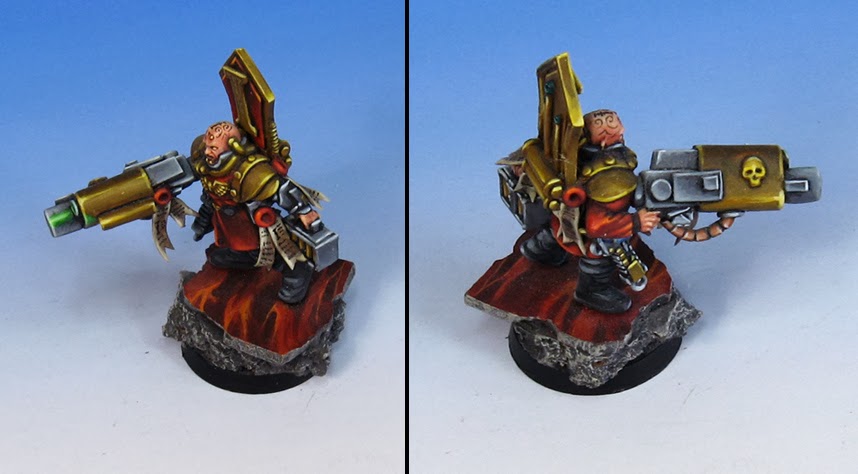 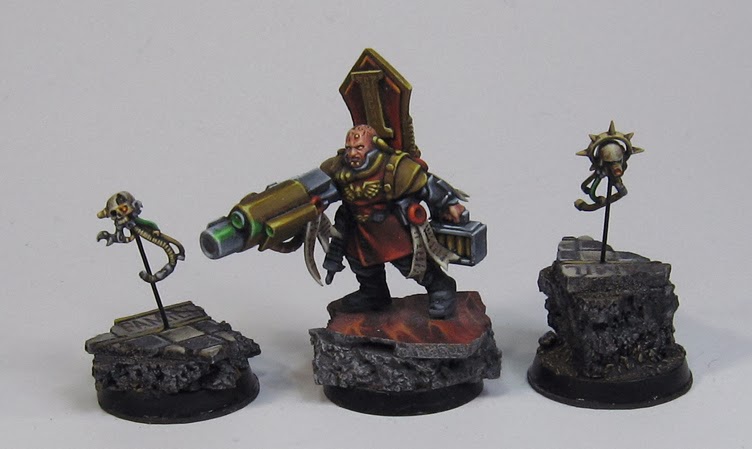 Posted by wappellious at 3:09 PM No comments: 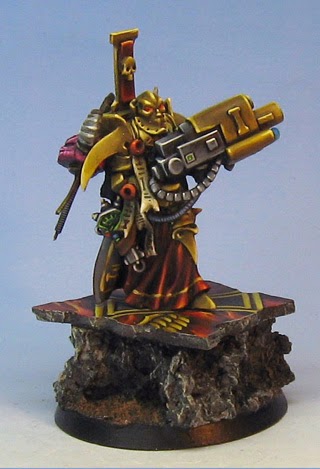 This will always be one of my favorite miniatures.  It was also one of the first elaborate conversions I had done.

It involved incorporating a Confrontation miniature with some Games Workshop bitz, and lots of little scratch built pieces.  The primary element was the psycannon that I made out of the grey sculpey, which is stronger and keeps an edge.

There was even a bit of plasticard and green stuff.  I used brown stuff on the purity seals so that they could have a more dramatic position... flowing in the breeze. 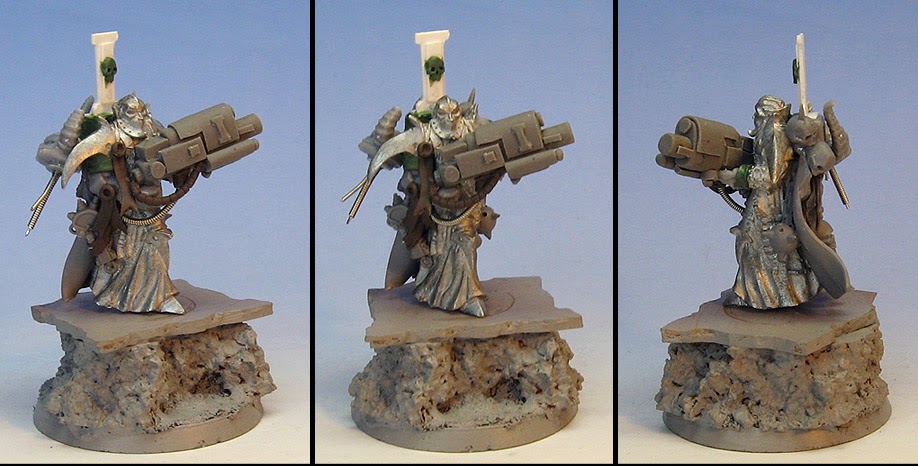 As you can see, this character had wracked up quite a few trophies! 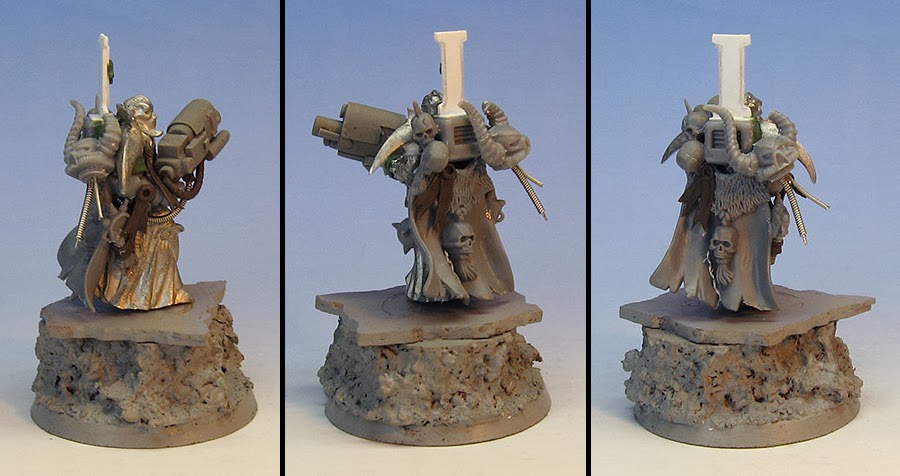 And now for some color images of the painted piece.  This Inquisitor Lord eventually had an entire story written for him, as well as a few campaigns in which he was a central character.

As you can see, Slaneesh marines were the primary target of his wrath... and his trusty psycannon!

In his honor, I painted this at a Games Day.  It actually won an award for best artwork.  One of three awards (Stikki Wikkit also has one). 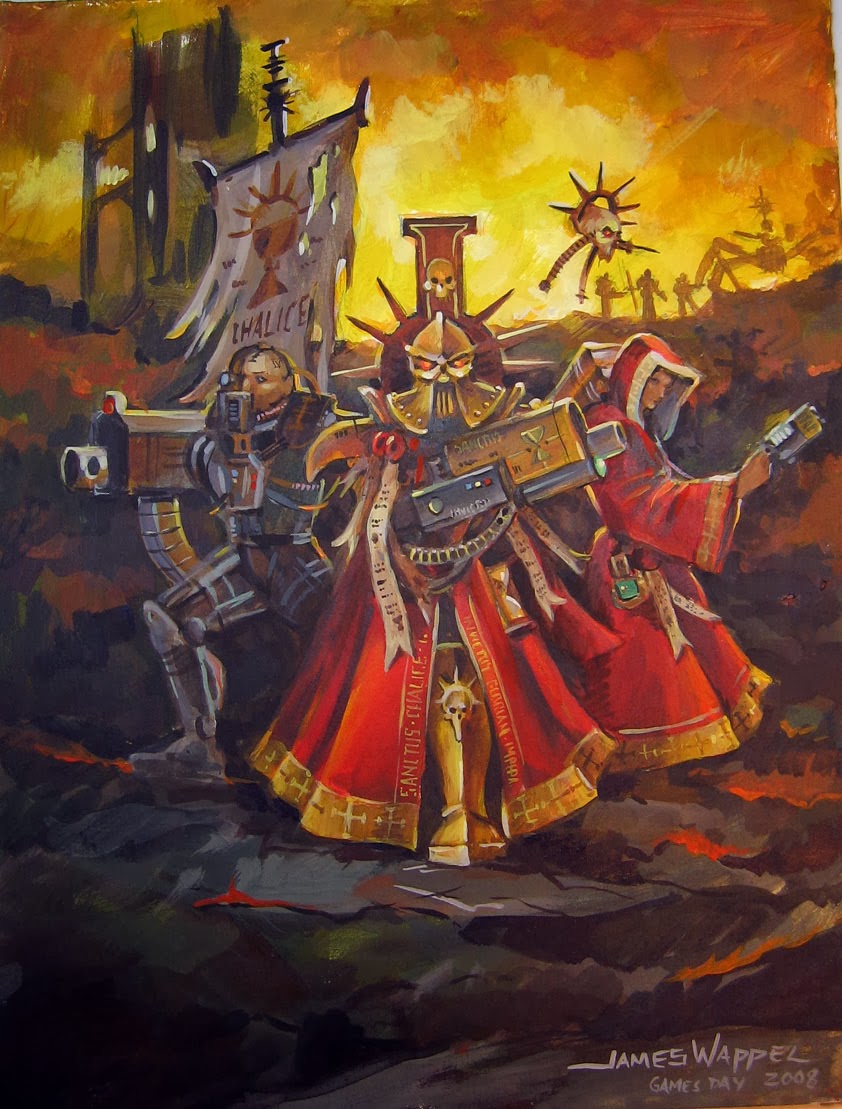 I think most of you have already seen all the finished retinue figures... but not these WIP images.  So, I have prepared a series of posts that will combine the finished and in progress photos! 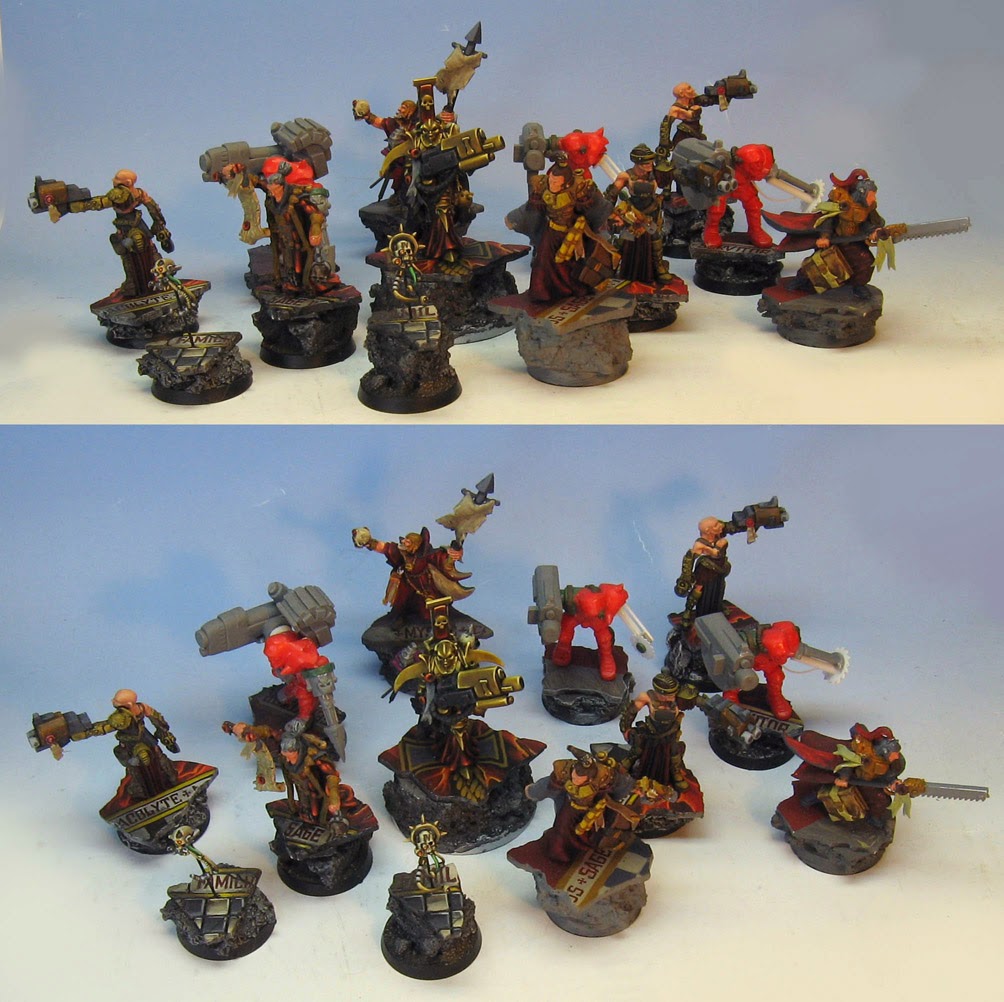 Posted by wappellious at 3:08 AM No comments: